Yokohama Chinatown: A Little Chinese Culture for Your Japan Trip

8 Best Places to Eat in Okinawa No ratings yet.

Train Etiquette: 10 Do’s and Don’ts No ratings yet. 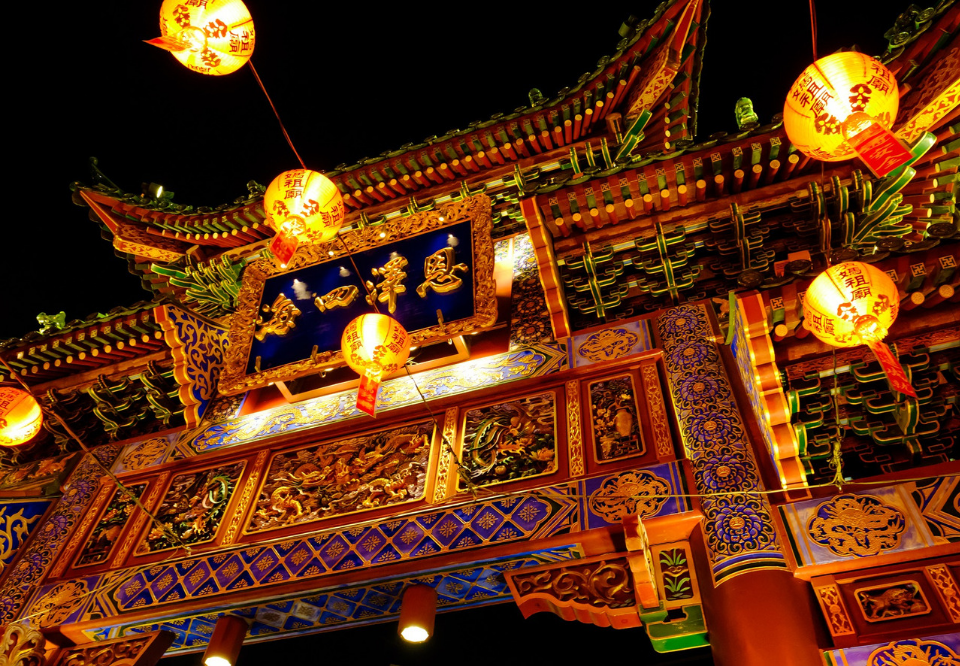 When you are visiting Yokohama, you can’t possibly miss its Chinatown. Packed with history, culture, scrumptious food and interesting experiences, it is the most popular sightseeing spot in the city. In this article, let’s learn more about Yokohama Chinatown and things to do when you are in there. 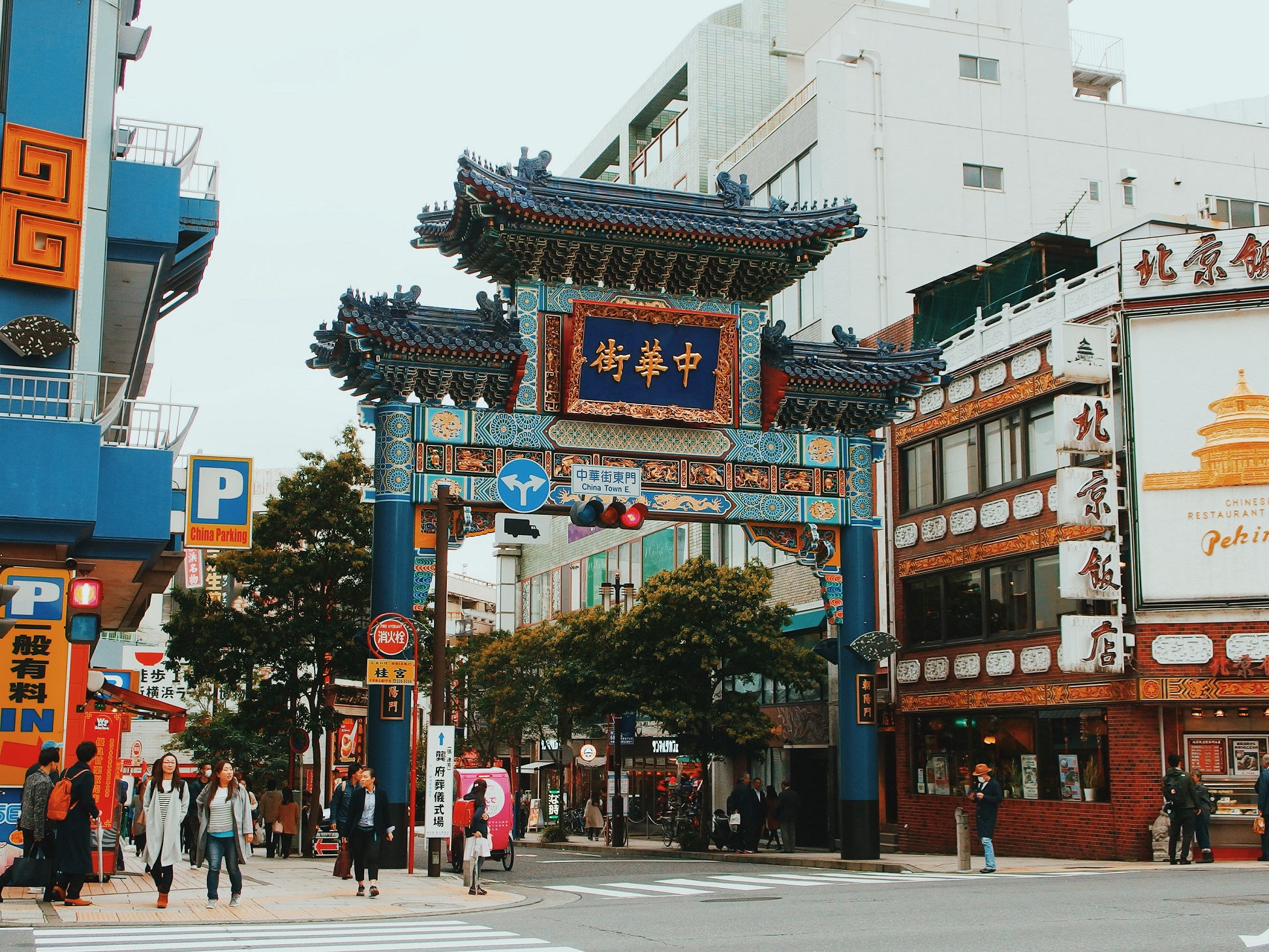 Located less than an hour away from Tokyo in the heart of Yokohama, Yokohama Chinatown (Yokohama Chukagai, 横浜中華街) is one of the three main Chinatowns in Japan along with the ones in Kobe and Nagasaki. It was established in 1859 following the opening of Yokohama as a port to welcome foreign trade, more than 200 years of the Edo period isolation policy.

During the years after, many traders from the neighbouring Guangdong and Hong Kong settled here, built up their own community and brought with them the cultural influence that continues to shape the area to this day. 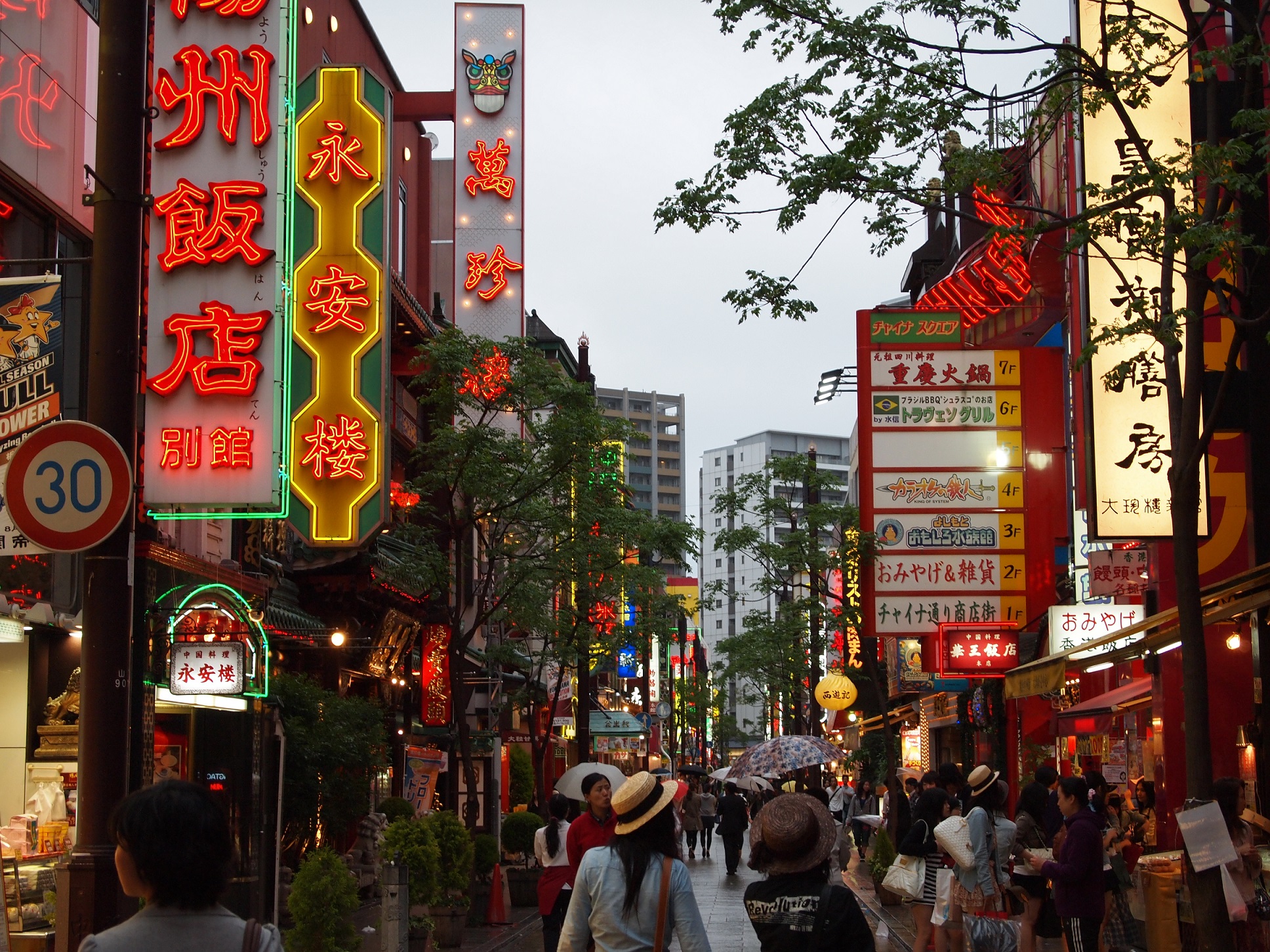 Today, Yokohama Chinatown’s focus is more on business than residential, with more than 600 shops and restaurants lining its winding, pedestrian-friendly streets. Actually, it is the largest Chinatown not only in Japan but also in Asia. As you stroll along, you will be treated to a range of sensory stimuli – the smells of street food, hawking of the vendors, neon signs that glow vividly at night and so on. 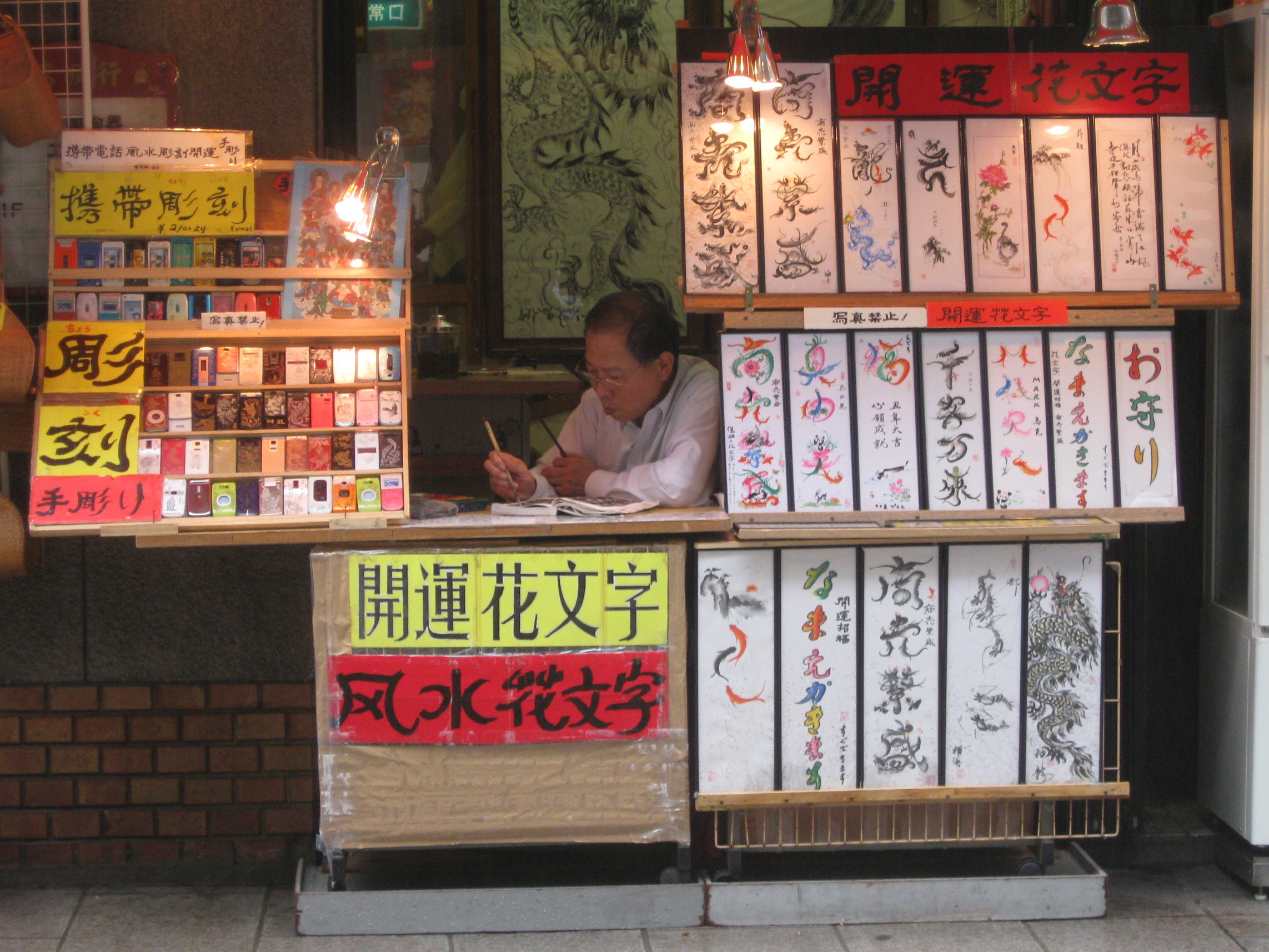 Image: tldagny on Flickr/CC BY 2.0

Inevitably, Japanese influence is present, but its Chinese legacy is still very much alive, as you can observe from the ornate architecture, mouthwatering cuisine, and the lively atmosphere unique to the area. These are the elements that make Yokohama Chinatown special and a joy to visit. Next, let’s dig into the popular things to do when you are in Yokohama Chinatown: 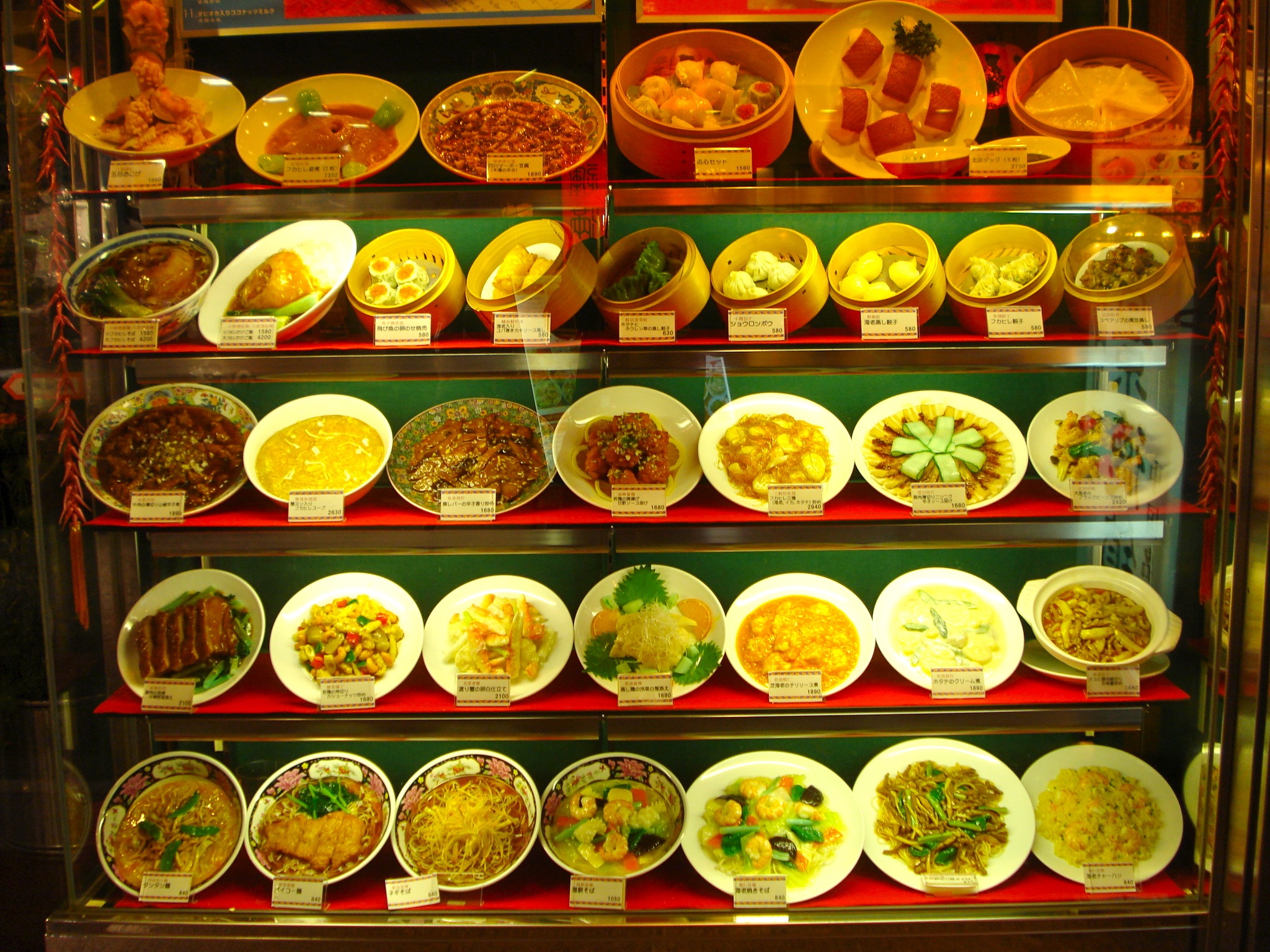 Food is the biggest draw here. There are hundreds of restaurants and food stalls, serving all kinds of delicious Chinese food more than you can ever stomach. It has got a variety of regional Chinese cuisine (Shanghai cuisine, Cantonese cuisine etc.), an abundance of cheap meals and dining options such as all-you-can-eat courses, and a dizzying array of street food that can leave you full and happy without even stepping into an eatery. 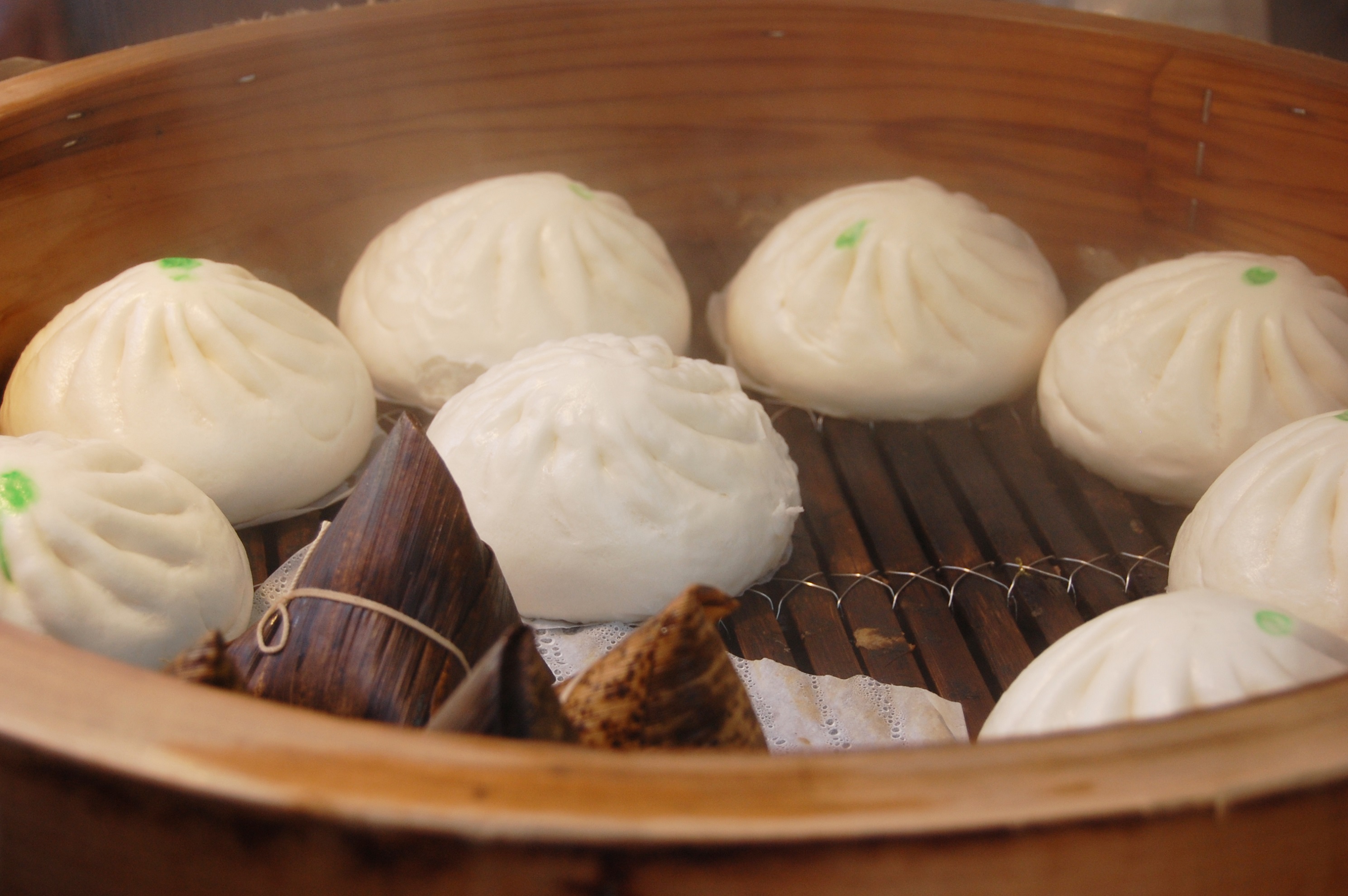 If you are worried about Japan’s customary no eating while walking rule, fret not because it doesn’t apply here. It is common to see people munching on the food they bought while strolling the streets. Also, the Chinese food here has been localised to suit the Japanese palate and quality standards, it’s very good Japanese-style Chinese food which you can’t find in your home country! 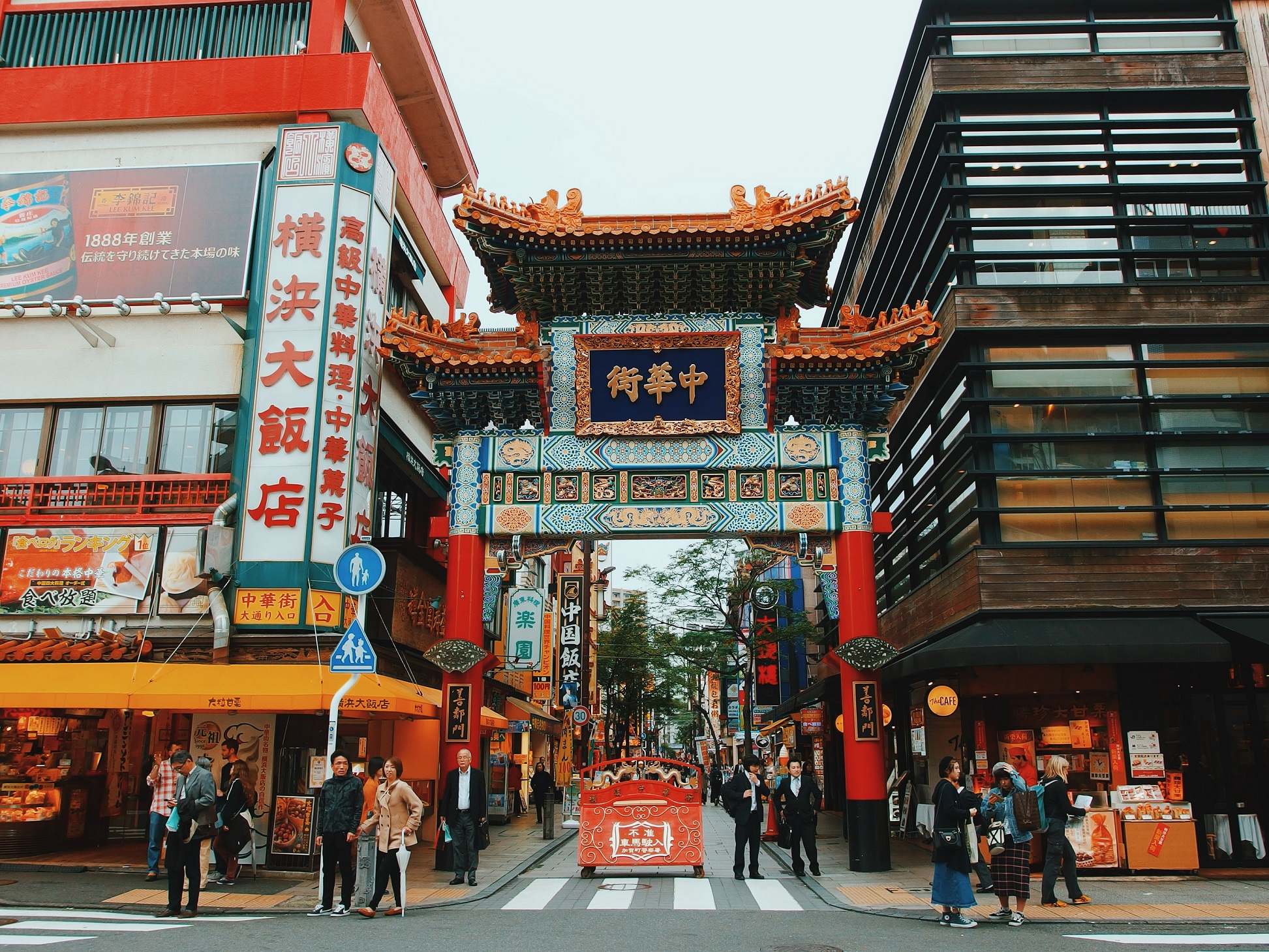 Eating aside, there are a number of sightseeing spots in Chinatown that are worth checking out during your visit, mainly those that feature traditional Chinese architecture.

The first will be the symbol of Chinatown, the lavish and colourful gates that stand at the main entrances to the area. There are four of them, located on the eastern, western, northern, and southern sides of the district. You will encounter one the moment you arrive at Yokohama Chinatown, be sure to give the gate’s details a close look when you walk through it! 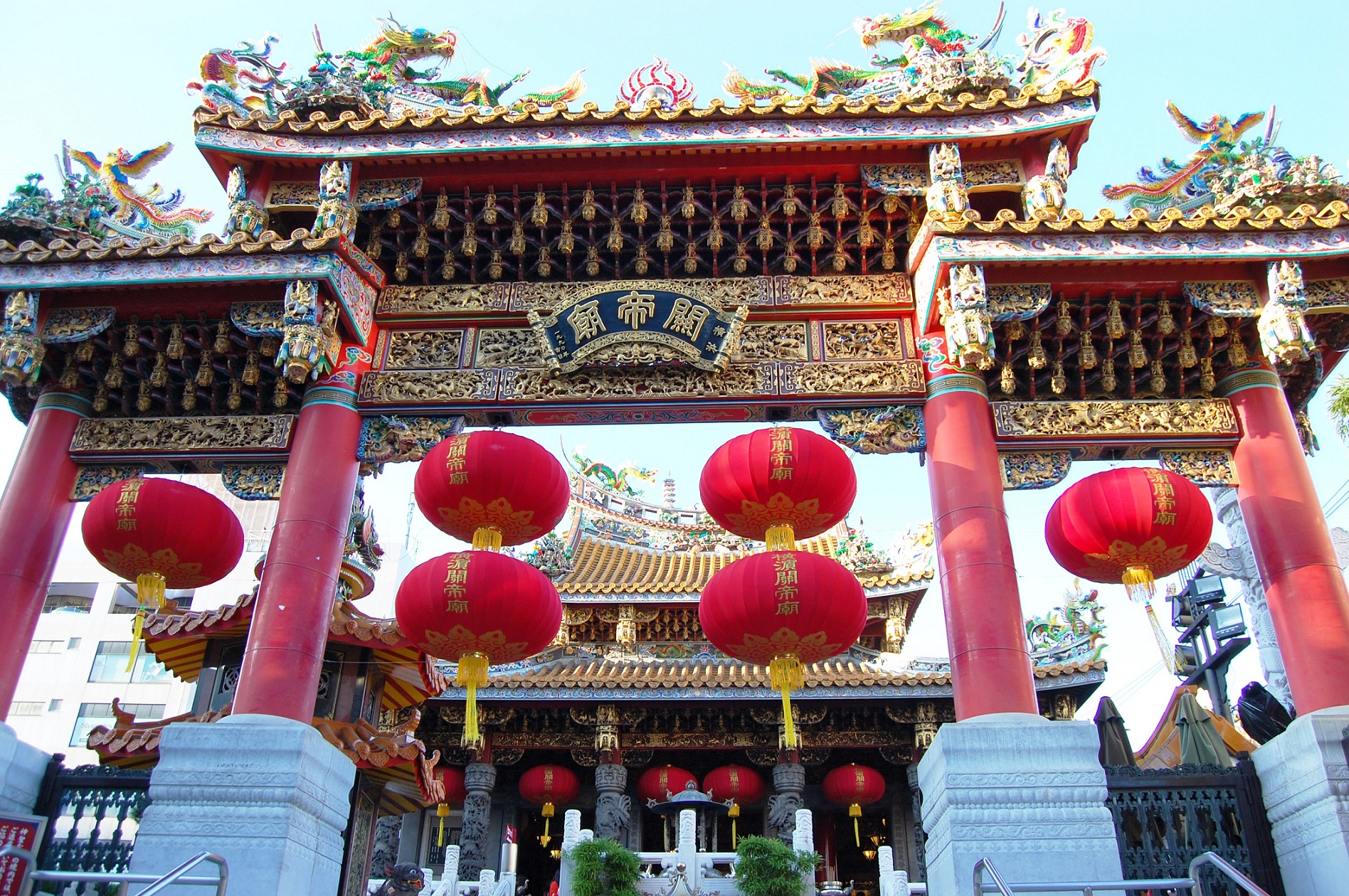 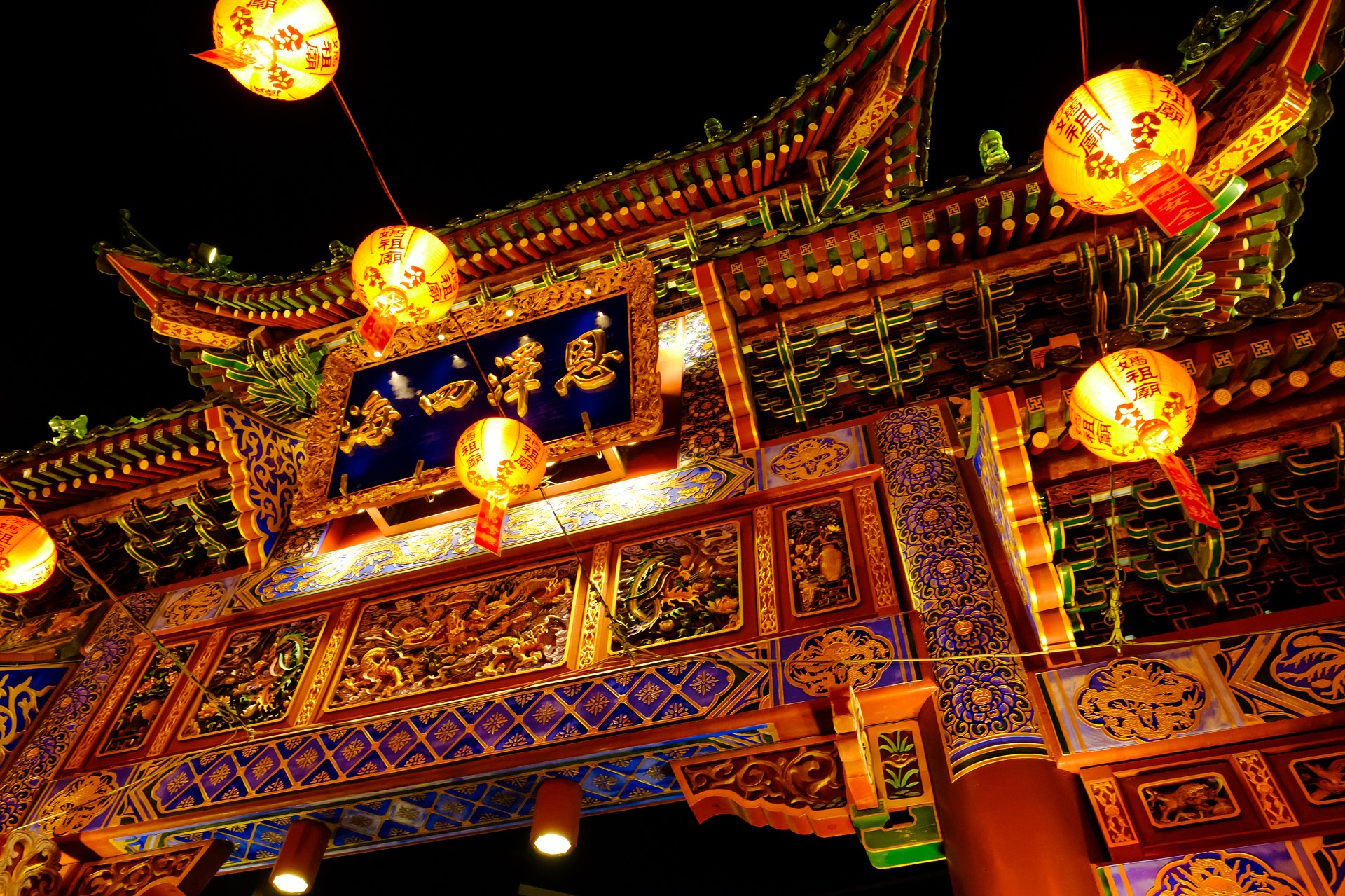 Also unmissable are the two important temples in the area, Kanteibyo and Masobyo. Kanteibyo is dedicated to Guan Yu, a famous historical figure from China’s Three Kingdoms Period known for his righteousness and business acumen. Founded in 1862, the temple is where the locals go to pray for success in business. Masobyo, on the other hand, is a fairly new temple, established in 2006. It is dedicated to Mazu, the Chinese goddess of the sea. These elaborately designed temples look especially beautiful at night when they are lit up by the lanterns. 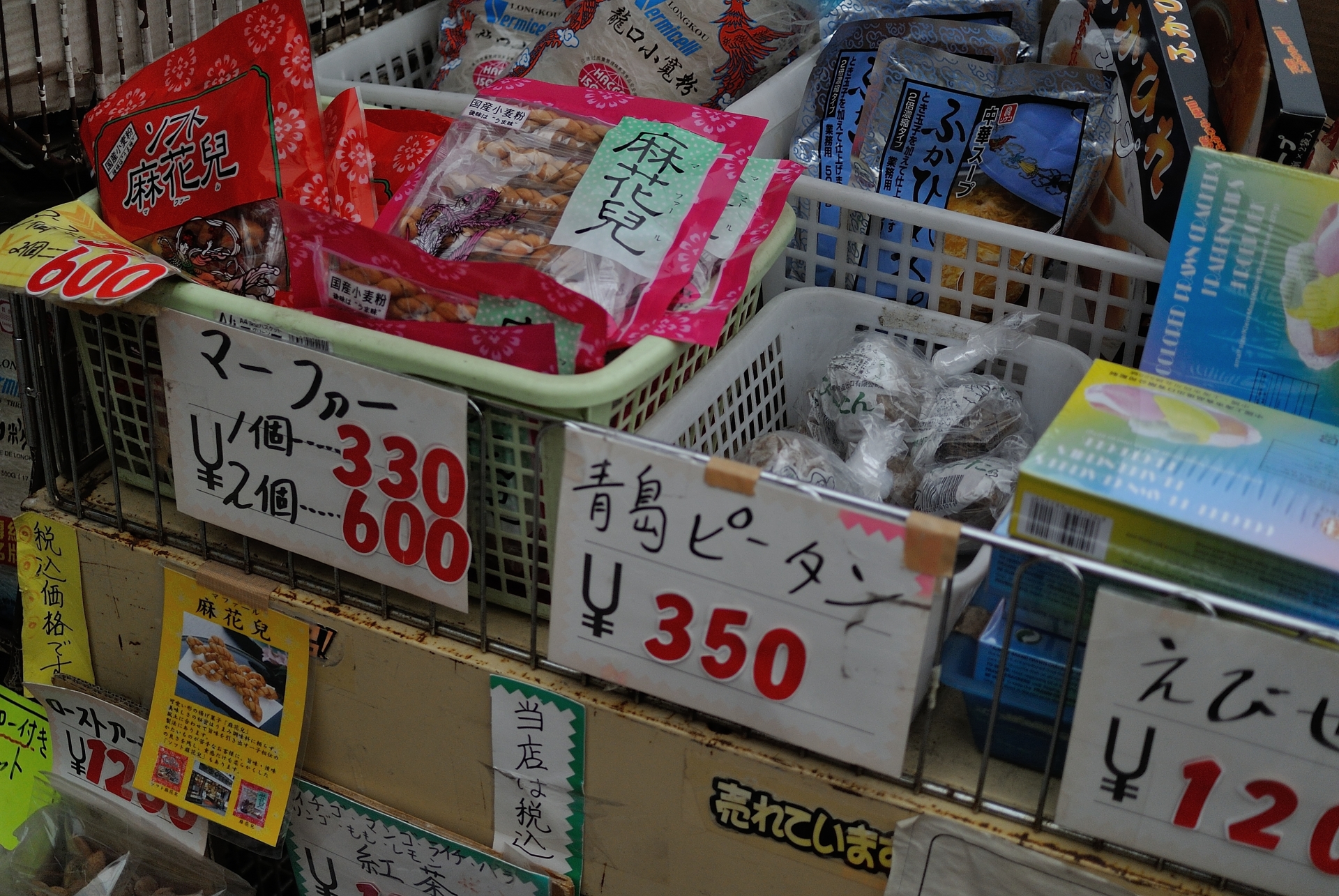 The shops here sell a wide range of goods, some of which are imported from China and less commonly found in Japan. These include groceries, medicinal herbs, Chinese liquor, tea, incense, clothing, and panda-related accessories, sweets, and stationery.

There are also stores that offer fortune telling and traditional Chinese medicinal therapies like massage and acupuncture. Even if you don’t intend to buy anything, it is fun to just walk and look around because it is these businesses that give this place an exotic atmosphere you don’t normally find in a Japanese shotengai (shopping street). 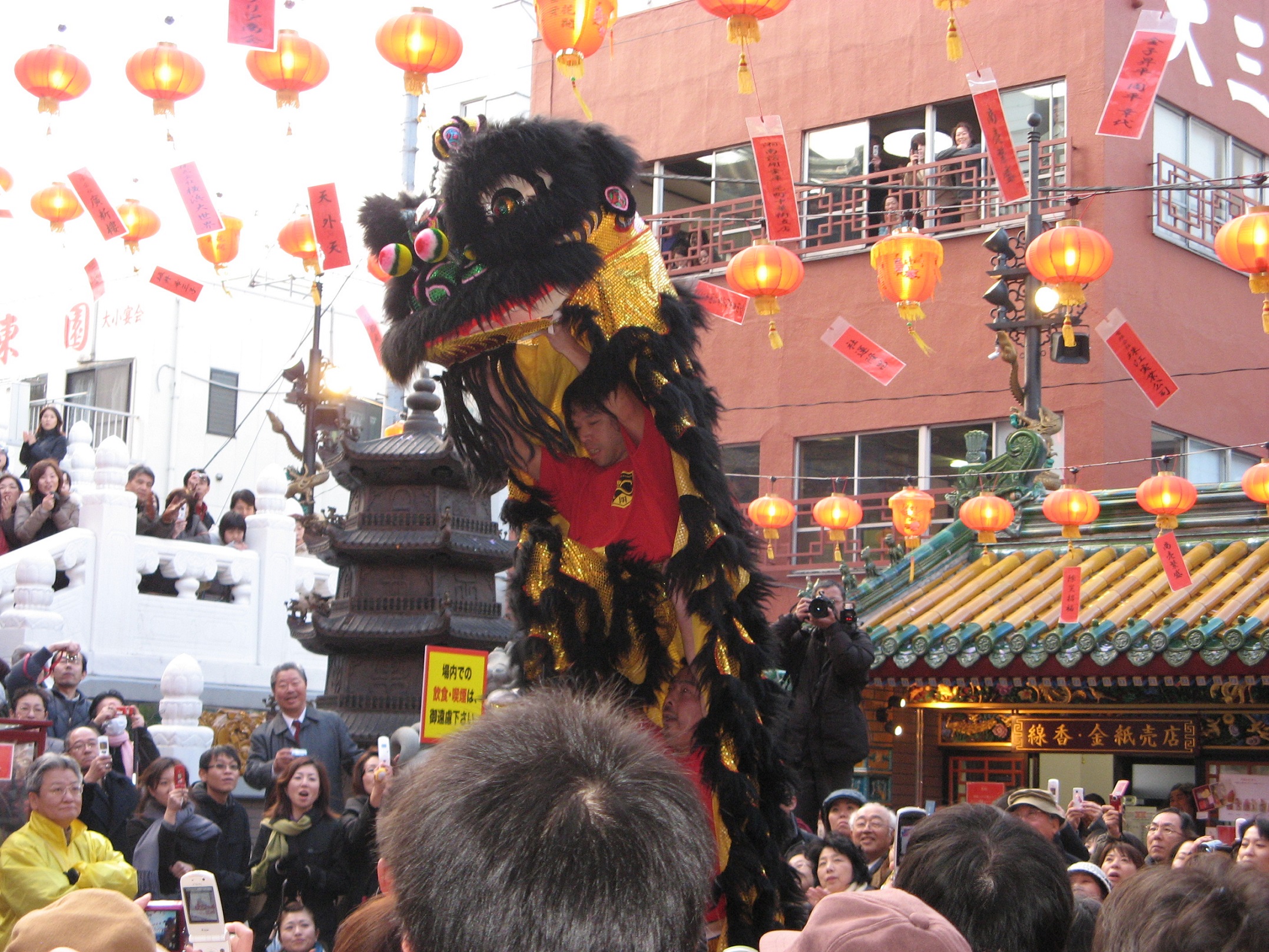 During the Chinese New Year period, special events are held in Chinatown, such as parade featuring Chinese-style dragon floats, participants in traditional Chinese clothing, martial arts and acrobatic performances. The celebrations are also filled with lion dances, loud merrymaking, traditional music and firecrackers, attracting many tourists flocking to the area this time of year to take part in the festivities. If you want to see how Chinese New Year is celebrated in Japan, you can’t go wrong with the largest Chinatown in the country. 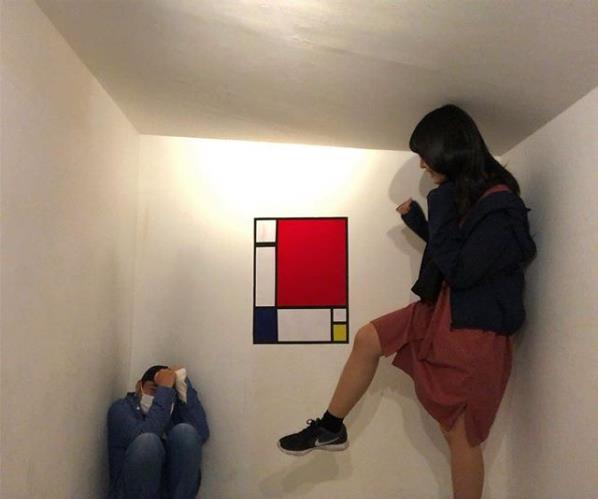 Finally, Yokohama Daisekai is an 8-storey building that gathers shopping, entertainment, dining and relaxation in one place. The highlight here is the Trick Art Museum which features many interesting optical illusion exhibits and hands-on activities. Another popular attraction is the Chocolate Factory and Museum, where you can enjoy chocolate treats, learn about chocolate, and even make your own chocolate.

On the first floor is Daisekai Market, the largest souvenir shop in the district with a wide selection of Chinatown and Yokohama souvenirs, a catchy panda mouth entrance too. Admission to Yokohama Daisekai is free, but tickets are required to enter certain facilities such as the Trick Art Museum. This sure looks like another reason to visit and spend a couple more hours in Yokohama Chinatown!