Winter Comfort Food for Your Soul

Tenugui and Furoshiki, cloths that represent Japan No ratings yet.

Finding Halal Food in Asakusa, Tokyo No ratings yet. 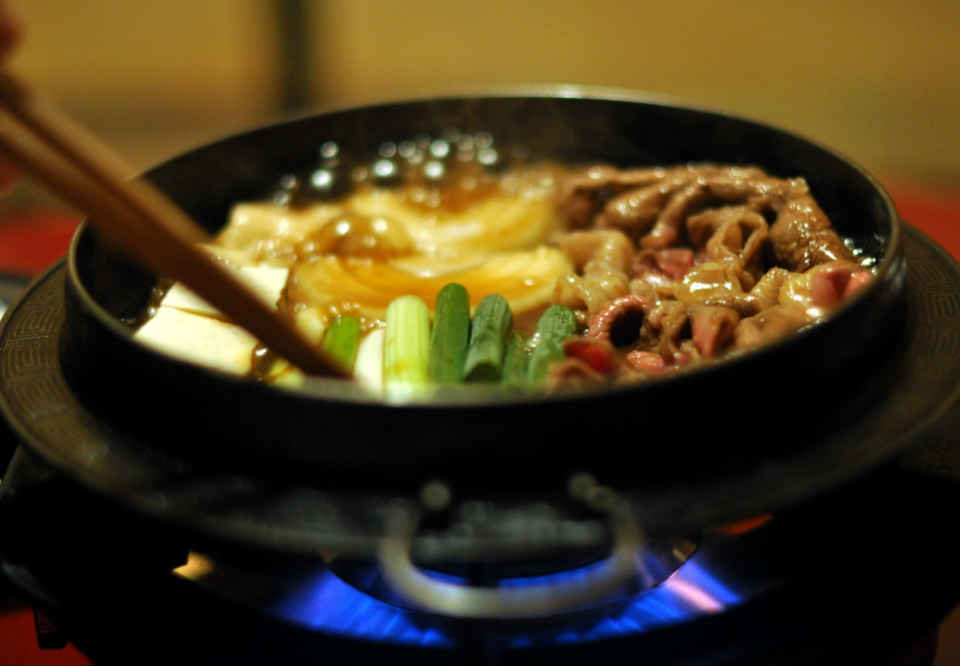 Winter Comfort Food for Your Soul
No ratings yet.
Tags: gourmet • winter •

Winter is the best time to savour a variety of Japanese winter foods, which are generally healthy and comforting. Many Japanese actually look forward to winter because of the food. Here are six popular winter foods that you should try when visiting Japan in the winter. Some of these foods are available all year round but become especially popular during the colder months as people crave for something hearty and warming. 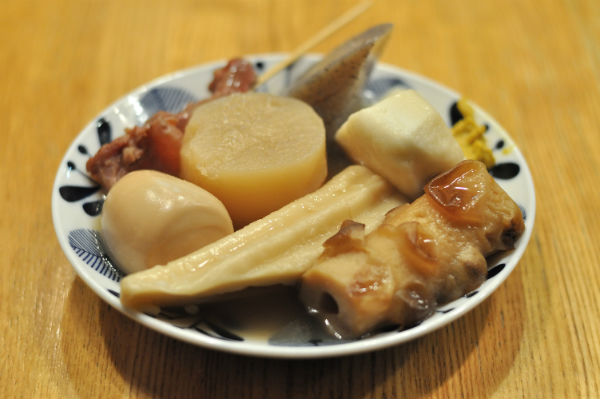 Oden is a classic dish for the colder months in Japan: a variety of ingredients such as daikon radish, fish cake, chicken meatballs, tofu, egg, and konnyaku, simmered for several hours in a broth made of stock and soy sauce. It is most widely available at the convenience stores during winter or even in the middle of autumn, where oden is sold at the counter near the cash register. Choose whatever ingredients you fancy and the food is served in the broth.

You can also find oden at yatai food stalls, izakayas, and oden restaurants (there are some famous oden restaurants in Tokyo which you might want to look up for). Tasty and comforting, oden is Japan’s favourite winter dish that you should definitely try when visiting Japan in the winter. 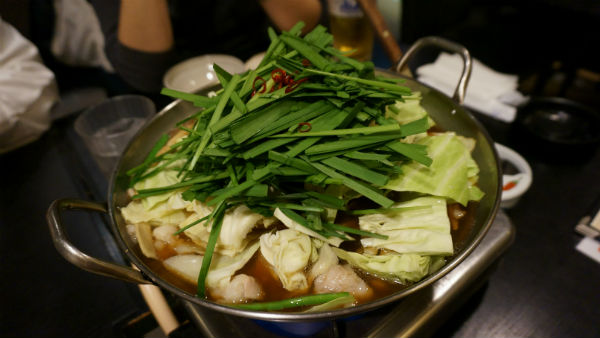 There’s nothing more comforting than gathering around with your loved ones and enjoy a piping hot nabe dish together. Nabe or hot pot is a very popular winter dish in Japan, which involves cooking the food at the table in a pot filled with broth. There are many different types of nabe across Japan, such as chankonabe (high protein pot), yosenabe (everything in a pot), motsunabe (beef or pork offal pot), kimchinabe (kimchi pot), you name it. While they all mean cooking the meat or seafood and vegetables together in a pot, the ingredients as well as the stock that is used for the broth varies according to the region.

Of all the nabe dishes, you have most probably heard of sukiyaki すき焼き or shabu-shabu しゃぶしゃぶ. Although they belong to the same “nabe” category, they are quite different in terms of cooking method and flavour. 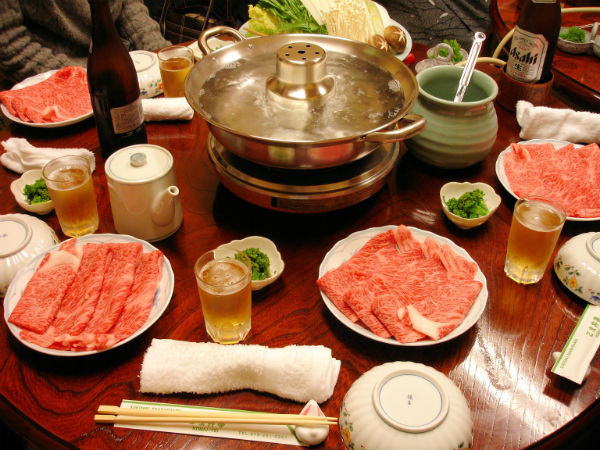 For shabu shabu, you cook the meat slices by swishing them in a simple broth made of water and kombu seaweed. Then, dip the cooked ingredients in a ponzu (citrus soy sauce) or sesame sauce before eating. 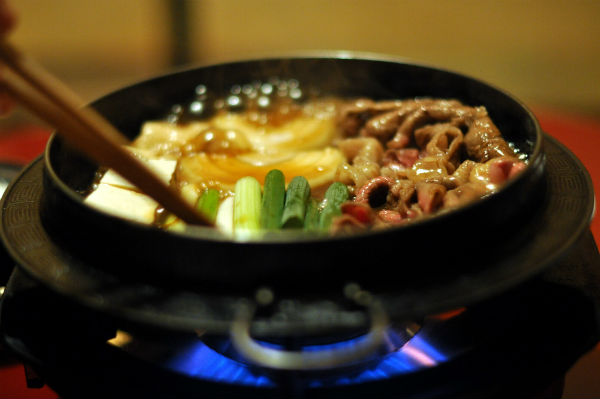 For sukiyaki, the sliced meat is cooked together with other ingredients in a cast iron pot. The broth is richer and thicker as it is seasoned with soy sauce, sugar, and sake. After that, dip the cooked ingredients in beaten raw egg and eat – it is the recommended way to enjoy sukiyaki in Japan, though you may choose to skip the raw egg. 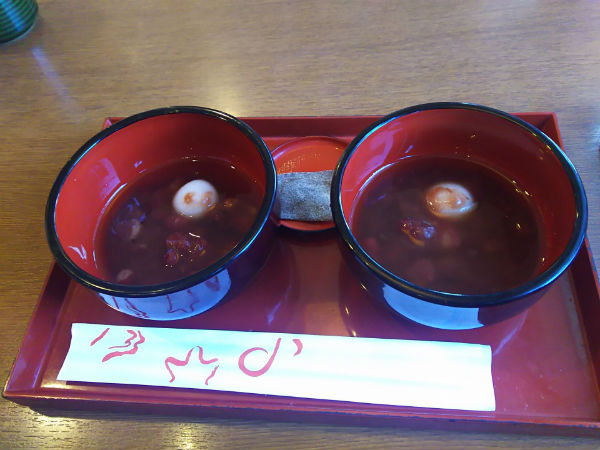 Whatever the difference, a bowl of zenzai or oshiruko will provide you with the extra calories to get around in the cold. You can actually have it at any time of the year, but just like a mug of hot chocolate, people tend to crave for it in the colder months. You can also get them in the form of hot canned beverage from a vending machine. 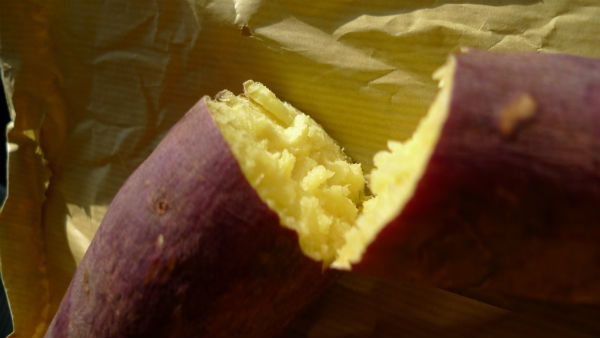 Yakiimo or roasted sweet potato is more than tasty and nutritious – it gives you warmth while you are holding and savouring it, and even more comfort after you have finished eating it. Yakiimo is typically purple on the outside and yellow on the inside. It is basically Japanese sweet potatoes cooked over charcoal flame or on hot stones heated by fire. When the weather starts to get chilly, you are likely to find this popular winter snack at festivals, roadside stalls, outside some shops or supermarkets, or from the nostalgic yakiimo trucks. 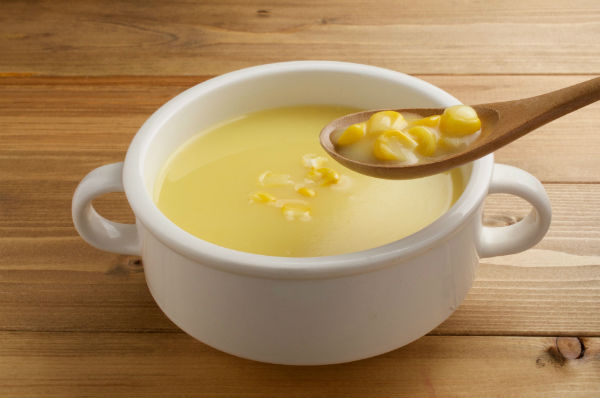 Japanese people love creamy corn soup. When the weather starts to get colder, it is the corn potage season. You can see it in many forms – instant soup packet, part of a fast food meal, and most commonly as a hot canned beverage from the ubiquitous vending machines. Tasty and hearty, corn potage will warm you up nicely in a Japanese winter (it is one of my favourites too), so do give it a try!

Apart from the hearty and warming winter dishes, you need some fresh fruits for a balanced diet. The good news is winter is also the harvest season for mikan, persimmon, and strawberry. Also in season are apples and yuzu, a type of citrus fruit that is rarely eaten as a fruit but is often used in Japanese cooking and sweets for its refreshing aroma and taste. 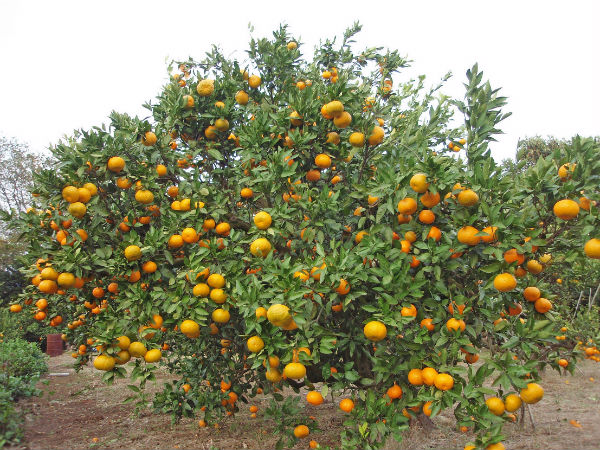 Mikan みかん is the most popular type of citrus fruit in Japan. The other names for mikan include mandarin orange and satsuma, which is the name of the former Satsuma province of Japan. The fruit is soft and juicy, easy to peel, and usually seedless – you might end up consuming lots of them in one sitting without even realizing it. 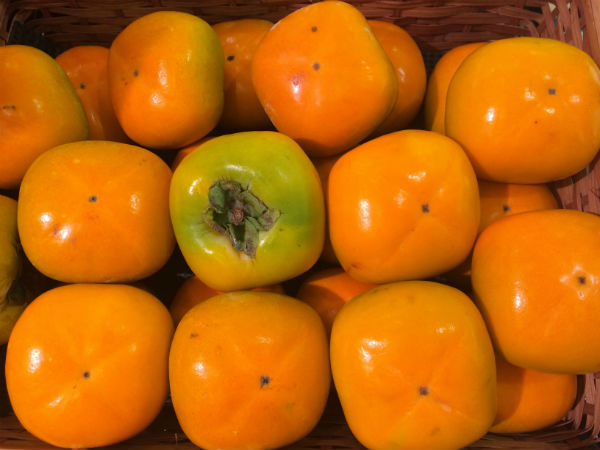 Starting from the autumn, persimmons become widely available. Persimmons that come into season during the winter are often the Fuyu variant, which is very sweet, juicy, and meltingly soft. Persimmons are usually eaten raw as dessert, though dried persimmons are also commonly enjoyed. 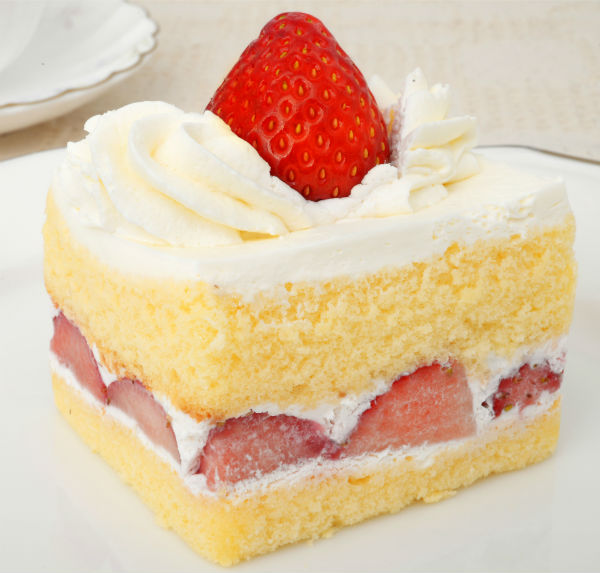 Strawberries are in season from winter through spring. Besides enjoying the fruits on their own, you can also try a dizzying array of cakes and desserts with strawberries, such as strawberry cake and strawberry parfait. Notably, strawberry cake or more commonly known as “Japanese strawberry shortcake” is the classic Christmas cake in Japan. You might see the cake being sold at many places around a big city during the Christmas season.