What to eat in Shikoku?

10 Tips to Survive Summer Sonic Music Festival No ratings yet.

Rock On! 3 Must-Go Summer Music Festivals in Japan No ratings yet. 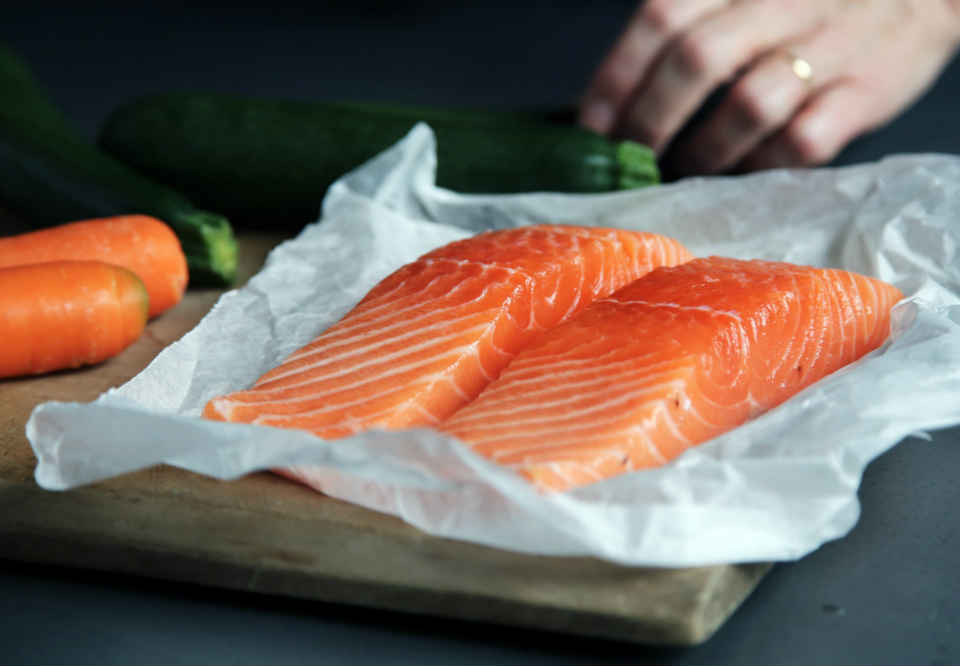 What to eat in Shikoku?
No ratings yet.
Tags: gourmet • kagawa • kochi • shikoku • tokushima •

Shikoku is one of the highly recommended destinations in Japan if you want to experience something very different compared to fast-moving cities like Tokyo and Osaka. While travelling and exploring, it is only common for visitors to sample the local Japanese cuisines.

While most of us have already sampled Japanese food either in your own country or in Japan, Shikoku’s local cuisine is something totally different from your commercial Japanese ramen noodles or teriyaki chicken. Let’s find out what are the signature dishes of Shikoku for those wanting a gastronomical experience here. 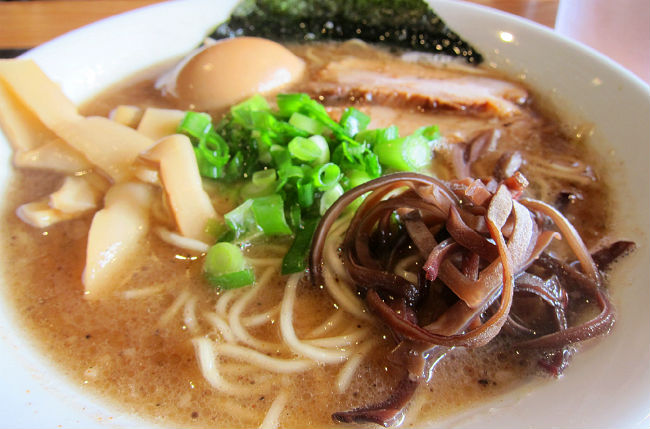 Without fail, the most prominent Shikoku signature dish is no other than the famous Tokushima Ramen. Locals eat the Tokushima Ramen with a bowl of rice as the noodle dish is rich with bamboo shoots, bean sprouts, local soy sauce, baby back rib, and a rich pork broth. The highlight is that the noodles are topped with a raw egg (which is optional).

The Shikoku Ramen soup comes in three colours – brown, yellow or white. The ramen noodles here are thin and soft, compared to the general thicker commercial ramen noodles. This makes the ramen stand out from the others, namely for the dark coloured soup. 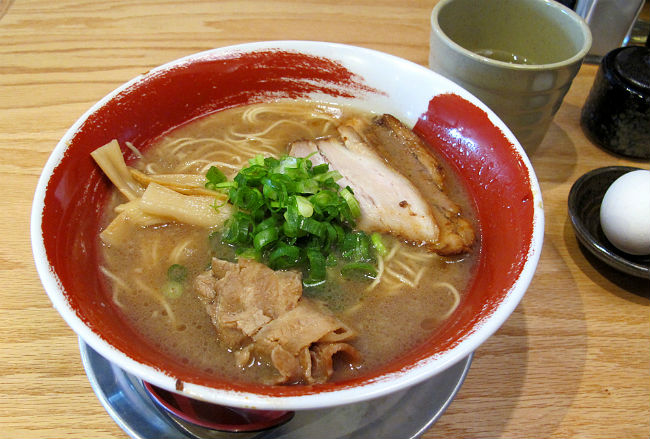 Another bowl with the raw egg on the right.
Image credit: Gary Stevens on Flickr / CC BY 2.0

One of the highly recommended dark soy-based ramen is found at a restaurant called Inotani, which is the birthplace for Tokushima Ramen. Around here, you can easily find over 150 ramen shops that sell this style of dark ramen.

Other local popular restaurants also sell the ramen and they have their own unique flavour, which is very subjective based on personal reviews. You could sample a few of them to pass judgement before concluding which is your best taste. Below are some of the popular restaurants that sell Tokushima Ramen in Tokushima. Prices are around ¥600 onwards per bowl. 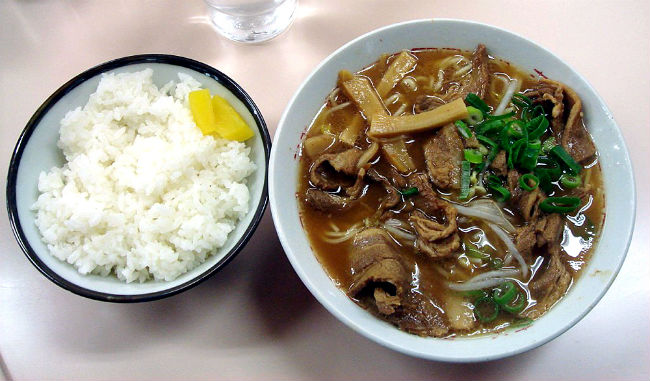 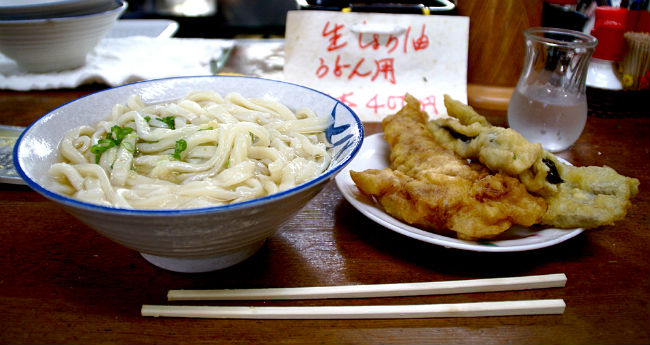 For Japanese udon lovers, the Sanuki Udon is something you cannot afford to miss when you are in Shikoku. This signature udon dish is probably one of the best in Japan, according to some noodle lovers who have been trying various udon from around Japan. What makes this udon different is that the broth is made from fresh anchovies from the Seto Inland Sea.

Hailing from Kagawa, there are many restaurants that serve Sanuki Udon, and there are even special food tours that bring you around here to sample the different types. Why this udon is so popular is due to the firm and chewy noodle texture, which is made in Kagawa. Some restaurants are even right next to the Udon noodle factory! 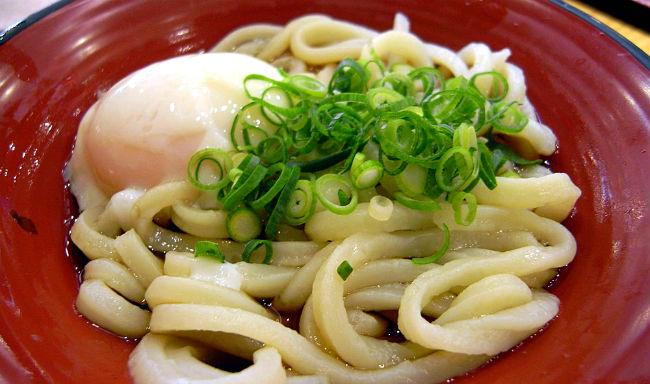 Close up of the Sanuki Udon with fresh egg.
Image credit: Kobakou on Flickr / CC BY 2.0

I would personally recommend visiting a local udon factory in Kagawa, before sitting down at one of the original restaurants. There are also three main ways to sample the Sanuki Udon, which depends on what kind experience you are looking for.

Kamaage Udon – Boiled noodles are taken out from the pot and then put straight into the dipping sauce.

Kamatama Udon – Boiled noodles are removed from the pot, mixed with raw egg and a strong sauce or soy sauce. 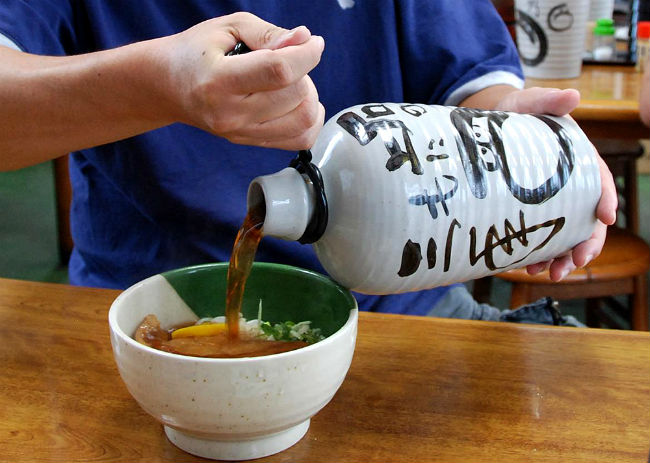 Some of you may have tried the Sanuki Udon in your country or other restaurants around the world, but nothing beats eating it in its birthplace of Kagawa in Shikoku.

Below is a list of some of the best Udon restaurants found all over Kagawa in Shikoku. Depending on your location, you can explore these restaurants and their signature dishes. 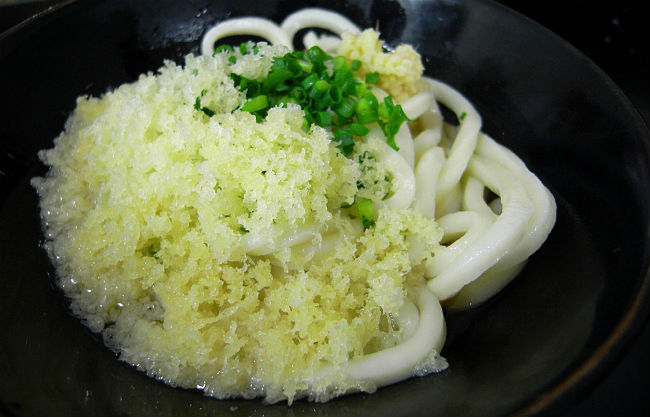 A variation of the Sanuki Udon.
Image credit: Kobakau on Flickr / CC BY 2.0

3. Katsuo no Tataki in Kochi

The Kochi prefecture is known for their signature Japanese food called Katsuo no Tataki or Seared Bonito from this area of Shikoku. In the western world, this fish is called Skipjack Tuna. What makes this dish special is the way they prepare it, which is grilling or smoking it over the fire by using a bundle of straw.

Katsuo no Tataki is best eaten with a special Yuzu vinegar and citrus sauce, lots of garlic, ginger, wasabi and spring onions from the Tosa province here. The dish is also very popular at Izakaya’s in Kochi, where locals love to come for a drink and have some snacks. 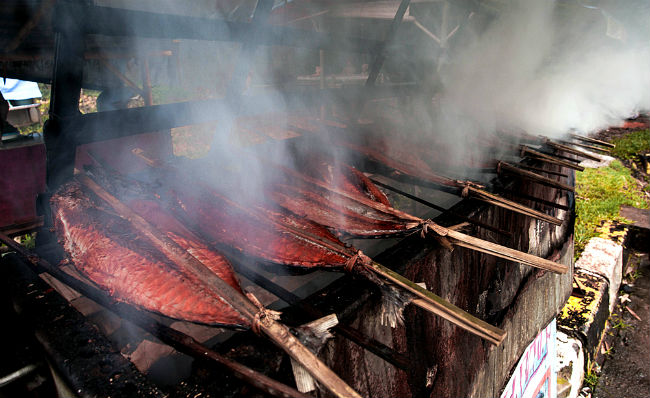 The smoking process of the Skipjack Salmon.
Image credit Aan Kasman on Flickr / CC BY 2.0

One of the best places to try this century-old dish is at the Hirome Ichiba Market – a massive food court with over 65 different shops. Here, you can find Yairo-tei, which is one of the original places that serve a good dish of Katsuo no Tataki. 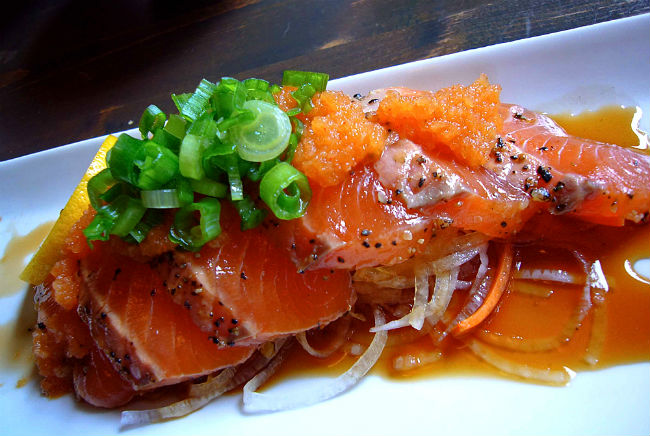 A Salmon Tataki which can be ordered at the restaurants.
Image credit: Paul Joseph on Flickr / CC BY 2.0 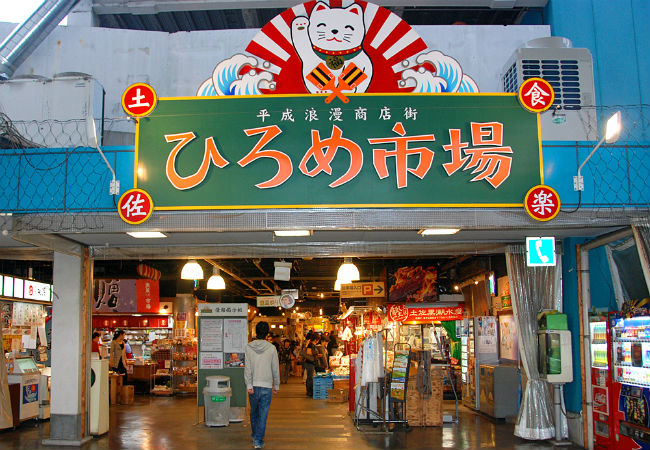 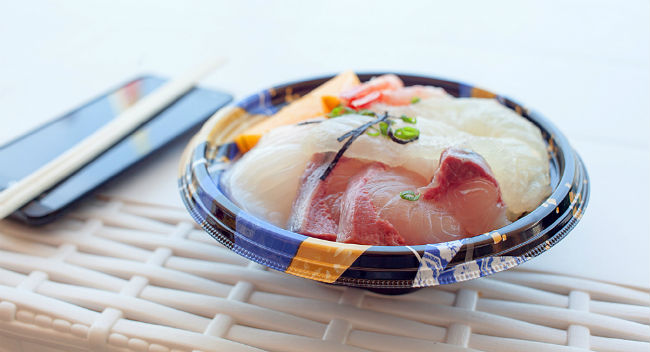 There are of course many other local popular dishes found all over Shikoku Island, but to list them all down would make this article never ending. Therefore, I have narrowed down three of the best local food from Shikoku for anyone planning to visit here.

For Muslim travellers, it is quite hard to find halal food on Shikoku, however, there are some Middle Eastern or Indian restaurants that serve halal food.