What I Learned After Visiting Japan

Ehime: Interesting Places to Visit No ratings yet.

Ainu Cultural Experiences in Hokkaido No ratings yet. 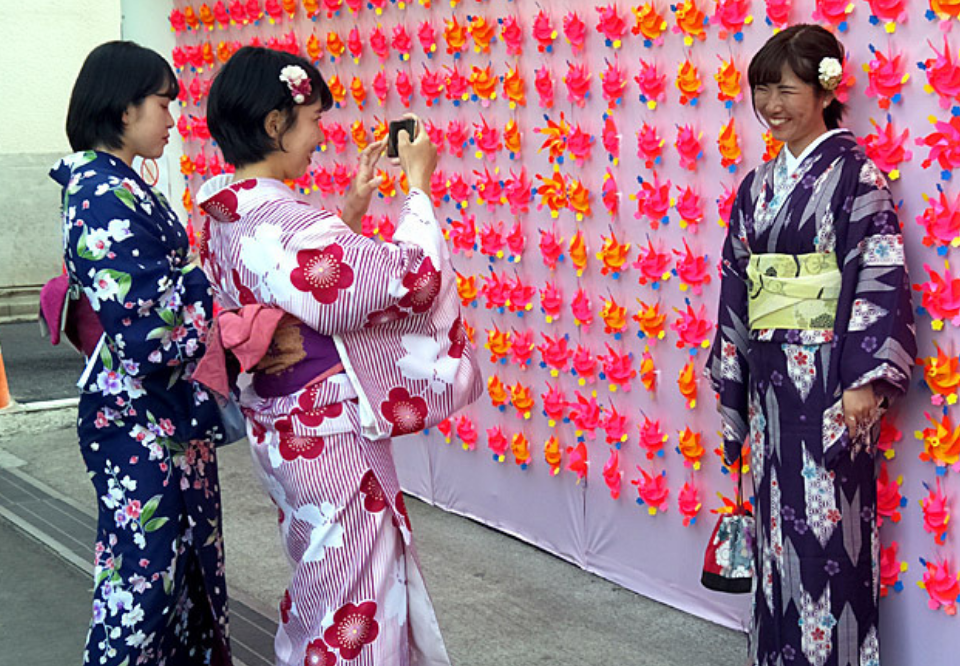 What I Learned After Visiting Japan
No ratings yet.
Tags: destinations • etiquette • foodandbeverages • gourmet • japaneseculture • travelinfo •

I am sure that many of you reading this would have already been to some part of Japan, and the experience would have been something very unique and different. Some of you may have even been to Japan multiple times, where each place offered a totally unique experience.

For those who have yet to visit Japan, or plan to do so anytime soon, you may also want to read this to see what is expected or what to avoid when you travel there. Overall, Japan has recently in the last five to six years been one of the top travel destinations for many people.

In this article, I will be sharing what I learned after visiting Japan on numerous occasions throughout the last twenty years, and the great thing about this is that not much has changed, except for some tourism factors.

In my early days of travelling around Tokyo, hardly anyone spoke any English, and signs were all in Japanese. There were no smartphones or applications to guide you through the streets of Tokyo. You really needed a proper guide book to move around the metropolis.

Japanese subway staff are well trained in English and how to assist tourist.

Out of ten people that I asked directions, only one would probably speak very little or broken English, but considering I was already lost, I really needed to talk as slow as I could, and even use sign language to communicate. And often at times, the person would go out of his or her way to lead me to the right platform or ticket machine.

Back then, the only people that spoke decent or good English were the tour guides or multi-national corporation staff, which were hard to find. If you were lost in a subway and asked anyone for directions, they would feel shy to help you because of the language problem.

Highly popular places in Japan will have more tourist there.

But the bottom line here is that the Japanese people will go out of their way to help someone, and that is something that has not changed till this very day. In March of 2019, I had visited Tokyo again for the early sakura bloom, and went to some out of the way place, where there was no tourist to be seen, and encountered direction issues. Again, I stopped a guy in his twenties to ask him where was a location, and here is what he did.

He spoke quite decent English and took out his smartphone to locate the place on his Japanese map application, and when he found it, he asked me to follow him down the road. So I followed him, for a good 500 meters, before he showed me the alley to walk through to get to the place. That is how helpful the Japanese can be.

Lesson Learned – When you are lost in Japan, look for the younger generation Japanese, those in their late teens to the early thirties as they are the age group that most likely speaks English. The much older generation of Japanese do not speak English, and asking them could result in frustration.

At subway stations, you can always ask the subway counter staff as most of them are trained to speak English, again, look for the younger staff. You can also ask civil staff like police officers for directions.

Sampuru or fake food on display outside restaurants in Japan.

While most commercial places around Japan would already cater to mass tourism, there are many places that are still underrated but highly popular with locals. It is these places that many tourists want to experience, versus going into a restaurant with an English menu, which at times takes the fun out of eating in Japan.

Back twenty years ago, anyone visiting Japan would have had a time of their life, trying to communicate with the locals when ordering food. Over time, all this changed to cater to tourism, where nowadays, most commercial eateries will have English menus. But one thing still remains, which is the food displays in the windows called Sampuru, and this has been around for a hundred years dating back to 1917. Once you see the type of food display in the window, you know what they are selling inside.

At very commercial tourist areas, you will see signs like these.

However, for me, I tend to avoid these commercial eateries and prefer to walk into one of the lesser known local ramen or Izakaya restaurants whenever I visit Japan. And the best part, the owners are still old school, who do not speak English.

In the last five years or so, Halal food in Japan has been on the steep rise, as Japan saw an influx of Muslim travellers visiting, namely from Malaysia and Indonesia. The numbers were into the six digits, and this was potential for some businesses as it was quite hard to locate Halal food around Japan.

Well, since my early days of travelling Japan, the only Halal food available were the Indian, Pakistani, Nepalese, Egyptian or Persian food restaurants that were already there. It was not a huge issue back then, but since the era of Muslim travellers starting growing in 2012, there was a huge demand for this, and even the tourism boards wanted to capitalize on this.

A Halal food ticket machine, something that is interesting for the first time Muslim visitors to Japan.

Nowadays when you explore the larger cities of Japan, you will easily find Halal restaurants or even Muslim friendly places. There have been guides done, pamphlets produced and even road shows to promote Halal tourism in Japan.

Lesson Learned – Japanese food in Japan is always better than anywhere else in the world, and to really savour the good stuff, you need to go out of the way to find them. With the dawn of the Internet, many of these places have already been reviewed or recommended, hence I would say – take the challenge by walking into those smaller and unknown places. 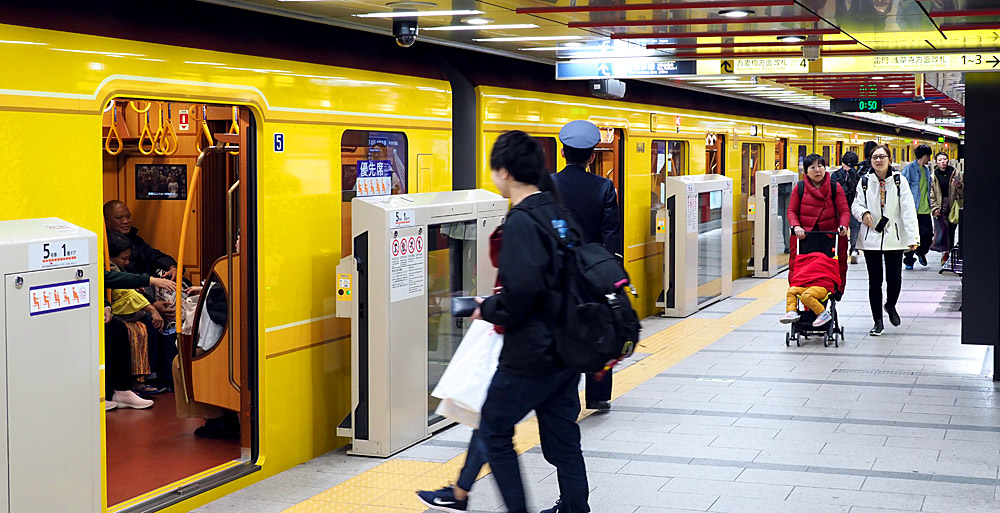 Using the subway to move around is vital in Japan.

This is one of the most crucial decisions for any traveller who is visiting Japan, and it is well known that one should use public transport to move around as it is the most efficient and cheapest way to travel in Japan.

It also does not matter which part of Japan you are, as the public transport system is known to be one of the best in the world. Even after landing at the international airports, the majority of visitors will opt to take the train into the city areas versus taking a taxi, which can be ten times more expensive than the train or bus.

Lesson Learned – The only solution is to buy a day pass for the subway or trains system in any of the larger cities. There are many guides that provide transportation information in English and other languages, which can be found online.

Takeshita Street in Harajuku on a Sunday, best to avoid.

Most people have either been to Tokyo, Osaka, Kyoto or Hokkaido or even Nagano or Nagoya. Well, anywhere the budget airlines fly to, there will definitely be a tourist there. For me, the first time visit would always be to a common destination, but after that, it has to be other parts of Japan, to fully experience different places.

Depending on the type of traveller you are, it could be an easy trip, with minimal travelling, or the adventurer style, where you go out of your way to visit the smaller and lesser-known destinations. This way, you would see an entirely different side of Japan, which is something not many people willing to do.

Going off-the-beaten-path requires determination, a positive attitude and also courage. This can be challenging in terms of communication as most of the lesser known places in Japan are not fully English speaking. But again, it would provide a different adventure that will be remembered for life, and it would also be a great conversation topic among friends and family.

Lesson Learned – Going to the same old places that other travellers visit will only end up competing with what you did, what you ate, what you experienced. By exploring out of the comfort zone, you instantly create a wow factor when you relate your experience. One way by doing this is also renting a car and self-driving to different places in Japan. 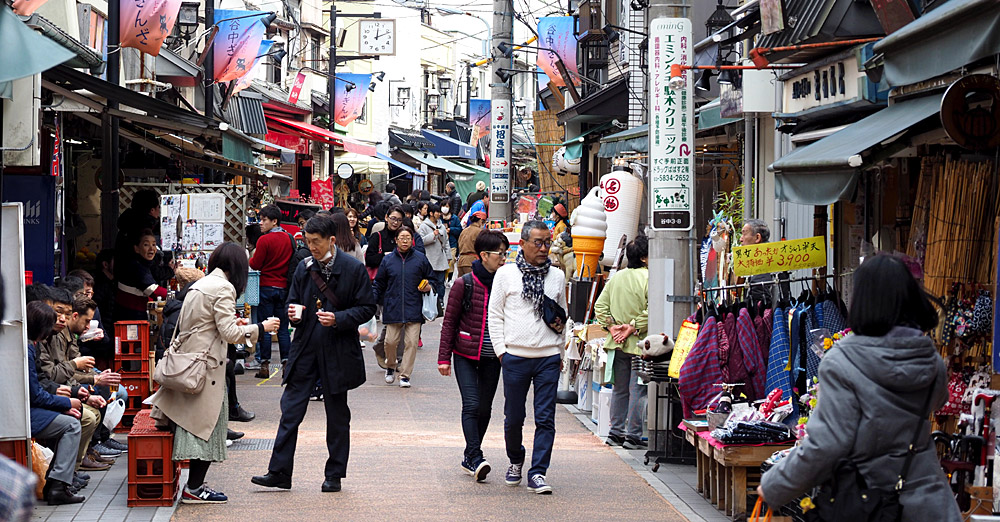 Yanaka Ginza is one of the lesser visited places in Tokyo, and worth exploring.

At the end of the day, I have personally visited numerous places around Japan, but after over 10 trips to Japan, there are still so many other interesting off-the-beaten-path places which I would love to visit.

Going back to Osaka two or three times is what I call not fully exploring the destination, but just being comfortable by knowing where to go and what to do. This is something I have personally experienced when I had to keep going back to the same place for work.

But as a vacation or holiday, I would strongly recommend discovering the many other interesting parts of Japan, as there are so many unique places worth visiting. So, the next time if you plan to re-visit Japan, consider going somewhere which not many people have visited.