Want to have an anime pilgrimage? Check out these 3 real-life anime locations

Rock On! 3 Must-Go Summer Music Festivals in Japan No ratings yet.

Geisha or Maiko? What’s the difference? No ratings yet. 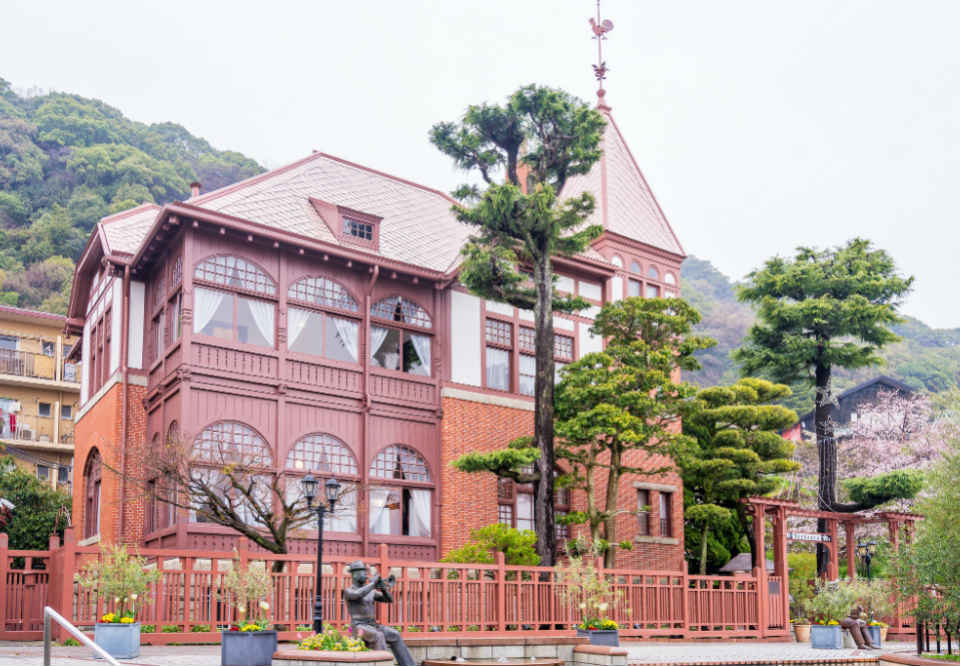 Anime is one of the most popular icons of Japan. In fact, many of us fell in love in Japan because we were exposed to Japanese anime in the media. As Japan is the birthplace of anime, there are many real-life locations that inspired anime scenes across the country. Most of these locations have a certain charm to it and very likely to be furnished or touched up to look more like the scene from anime.

Regardless of whether if you are a fan of a certain anime franchise, you would still be able to enjoy a visit to an anime locations nonetheless. In this article, I will introduce three locations that you could visit. Let’s find out the location and which anime they are from.

This elementary school is depicted in the anime, K-On! as Sakuragoaka Girl’s High School. It is located in Shiga Prefecture, near to Kyoto and Nagoya. The school building was built in the year 1937 and its unique architecture was designed by William Merrell Vories, an American architect.

Today, the former old buildings of Toyosato Elementary School has been turned into an anime destination for K-On!, with a storyline that revolves around the lives of the Light Music Club members of Sakuragaoka Girl’s High School. Inside the school is the music room where the Light Music Club have their regular meetings. The familiar scenes of school corridors and staircase leading to the music room here are reminiscing. 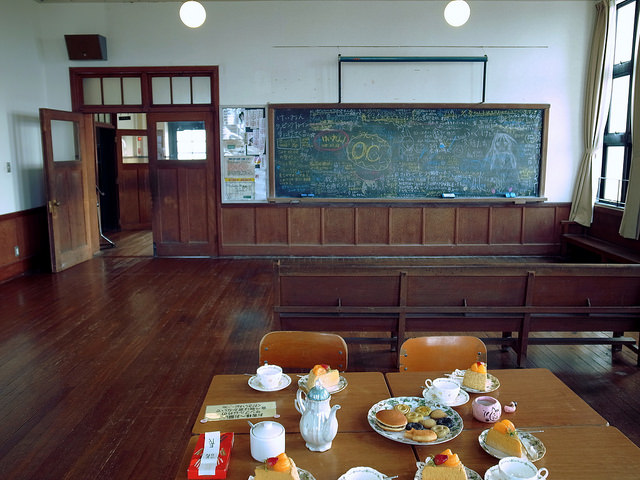 The music room where members of the Light Music Club regularly have tea and dessert.
Image credit: : : Ys [waiz] : : on Flickr / CC BY-ND 2.0 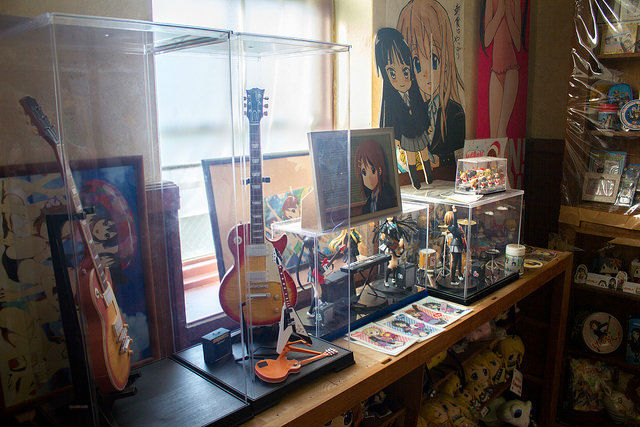 Yui’s guitar and some pictures of major characters on display in the music room.
Image credit: Thibaut120094 on Flickr / CC BY 2.0 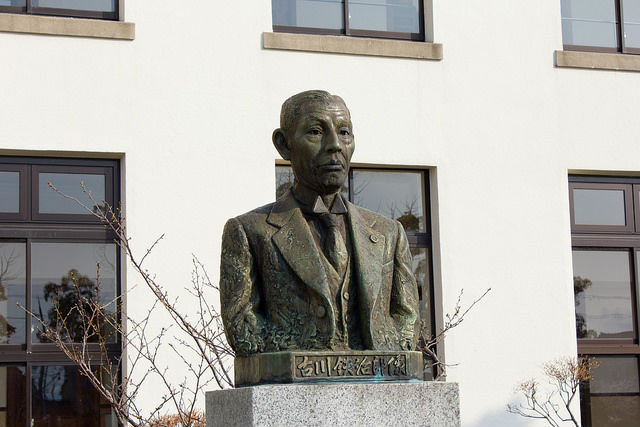 The statue of Tetsujiro Furukawa also appears in the anime.
Image credit: Thibaut120094 on Flickr / CC BY 2.0

Looks like Kobe isn’t only well-known for its beef. It is the real-life location for the anime franchise Fate / stay night, which tells the story of Shiro Emiya, a high school student living in Fuyuki City who was dragged into the Fifth Holy Grail War (a magical tournament). 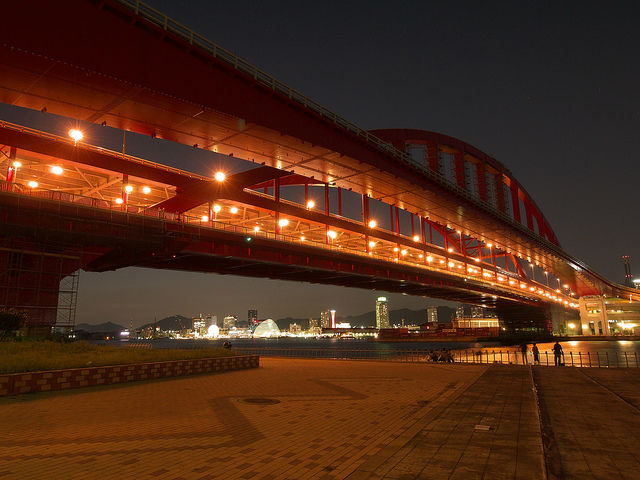 The animated version of the bridge.

The Kobe Ohashi bridge is the iconic red bridge where Saber and Caster fought during the season’s season finale of Fate / stay night. It was a battle to the death, as some called it. 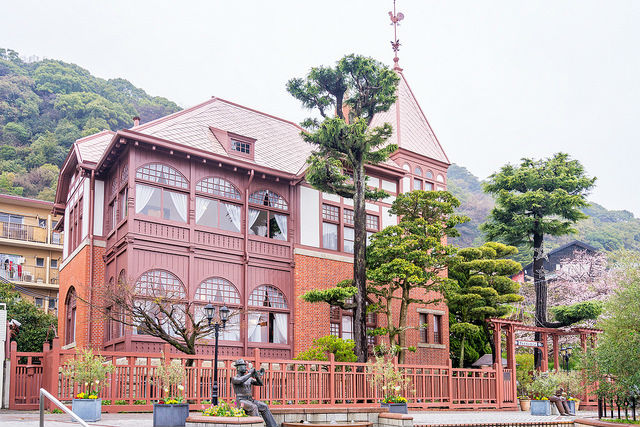 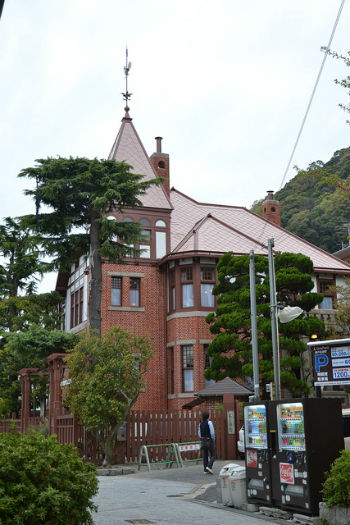 A view from the streets.
Image credit: Stéphane D on Flickr / CC BY-SA 2.0

Besides the bridge, there is also Rin Tosaka’s (Emiya’s friend) mansion, which is called the Weathercock House in real life. In the anime, Emiya has visited Rin a few times at her mansion. The house can be admired on the outside or visiting the interior.

Last but not least is the real-life location of the anime movie Only Yesterday by Ghibli Studio. Yamagata has many Safflower fields that look like the one in the movie. The field is the location where the protagonist, Taeko, used to have fun when she was a child. Safflower fields can be found in the Takase District, and there is even opportunity to enjoy harvesting the flowers.

To get the details of Yamagatan Safflower picking right, Takahata & his staff did extensive location scouting there pic.twitter.com/O0gj4KiFaL

The scenery here would sure take your mind away from the hustle and bustle of the city, just like it did for Taeko. I would personally recommend visiting the Safflower field located nearby the Takase Station.Location: Takase District, Tohoku
Closest station: Takase Station (the field is only 4 minutes’ walk away)Although all these three locations are out of the way from central cities in Japan, it is nonetheless worth to check out especially if you are an anime fan, or even just merely curious about the hype for real-life anime locations. As you pay a visit to this place, do remember to take some nice photos of the locations!