More Places to Visit in Yamanashi Prefecture No ratings yet.

Yufuin: An Underrated Hot Spring Town No ratings yet. 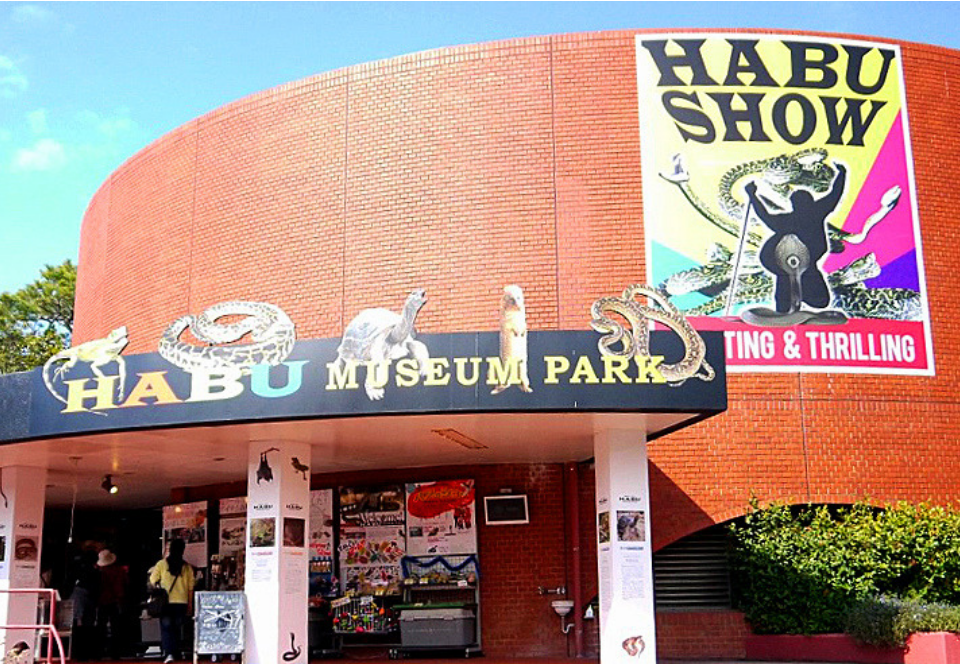 If you are planning to visit Okinawa Island, then a trip to Okinawa World must not be missed as this is one of the very unique theme parks that focuses on a very natural and cultural theme, unlike other places.

Okinawa World was also previously called Gyokusendo Park, which was named after the world-famous Gyokusendo Caves, but went through a name change for easier pronunciation and to remember.

This is hands down the number one theme park on Okinawa Island, which is part of Japan. The highlight of this park is the fact that the owners have kept the traditional Okinawan culture alive here, which is highly recommended for anyone visiting this tropical island.

What is Okinawa World?

This is a unique experiential theme park which focuses on culture, craft and natural tourism. It is not your Disneyland or Universal Studios type of theme park. You can expect a very different kind of theme park experience here which is suitable for both adults and kids.

Gyokusendo Caves – The main attraction at Okinawa World is no other than the Gyokusendo Caves, which is also the second longest cave system in Japan. A total of 850 meters of this cave is open to the public to walk through and see the beautiful stalagmite and stalactite formations inside.

In total, the 300,000-year-old caves run for five kilometres long, but only less than a kilometre is open to the public. Proper metal walkways with hand guards allow guest to walk inside with care, and the caves are well lit to show the natural formations.

Kingdom Village – This is a unique village that showcases the traditional Okinawan cultures and crafts, which range from pottery, paper making, weaving, dying, glass blowing and traditional musical instrument making.

For performances, there is an outdoor stage where you can catch the local Okinawan music and dance taking place four times a day. This show is not to be missed for anyone visiting Okinawa World.

Habu Park where the unique snakes are displayed.

Habu Park – This is the nature side of the theme park which showcases the local Okinawa poisonous snakes, like a little snake zoo. This species of snake is called the Habu Snake and is similar to the rattlesnake, and there are four shows a day which are conducted by professional snake handlers.

Orchards – There are numerous orchards where tropical fruits are grown based on the season, and over 450 trees provide fruits like papaya, pineapples, mangoes and coconuts. There are also tropical flowers cultivated here, so if you are a green person, this is one place to explore.

A map showing where Okinawa Island is located at. Source Google Maps.

Where is Okinawa World?

Okinawa World is located on the island of Okinawa, Japan, and the theme park is situated in the south part of Okinawa Island near Nanjo City. Also, Okinawa is a chain of islands located in the East China Sea, and very close to Taiwan.

It is also known to be the local Hawaii of Japan, where it takes around two and a half hours flight from Tokyo, versus a seven-hour flight to Honolulu in Hawaii. Many travellers love to visit Okinawa due to its difference compared to main Japan as it provides a very tropical Japanese experience.

How Much Are the Tickets to Okinawa Park?

One of the important things to know beforehand is the ticket prices, and this park works on a multiple ticket system as below;

My recommendation for tourist visiting this theme park is to take the all-access park ticket as it does not really differ much. After all, since you will be travelling a long way to visit this theme park, you might as well do the full experience here.

How to go to Okinawa Park?

Taking a bus – You need to head to the Naha Bus Terminal in Naha City and take either Bus No. 54 which is the Maekawa Line, or Bus No. 83 which is the Gyokusendo Line. The bus also takes about 40 minutes, and you get off at the Gyokusendo-mae bus stop near the park.

Spectacular views inside the caves at Okinawa World.

On a side note, there are no trains or subways that go directly here from Naha City, so it is either taxi, self-drive or a bus to get here. One more option is to take a tour service, but this can be quite costly.

For those flying into this island, you can get direct flights from Tokyo, Osaka and other cities in Japan, Taiwan, South Korea, Shanghai, Beijing, Bangkok and even direct from Singapore.