Ise Jingu: The Guardian Shrine of Japan No ratings yet.

Halal Food in Gunma Prefecture No ratings yet. 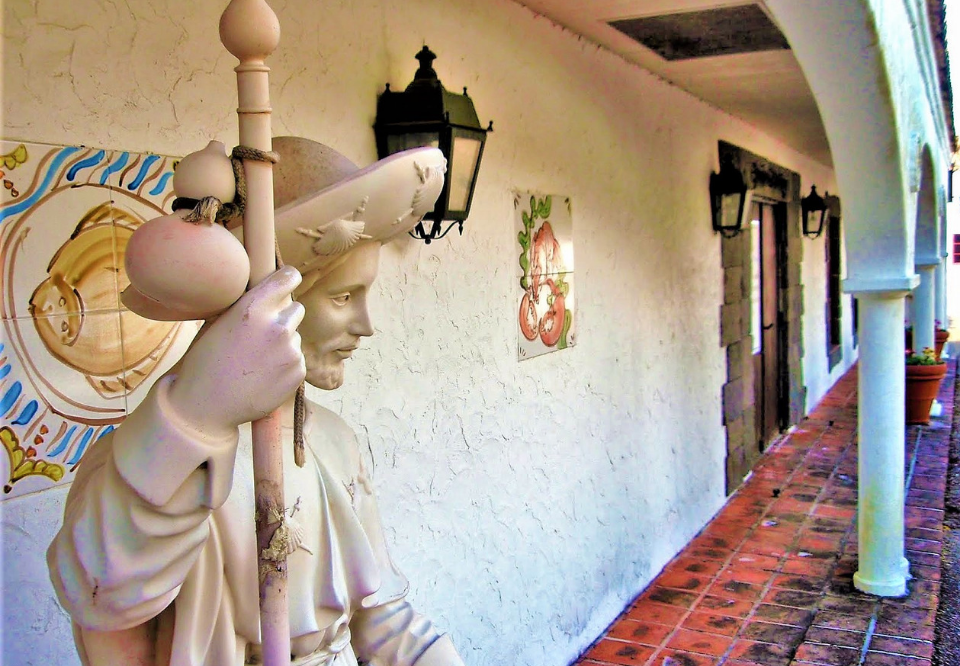 We all know Japan is famous for their fun theme parks such as Tokyo Disneyland and Universal Studios Osaka. However, there are several theme parks that are yet to be discovered, even by the locals. In Wakayama, they have Porto Europa, a European-styled theme park, meanwhile, in Mie Prefecture, they have Shima Spain Village or also known as Parque Espana.

Parque Espana-Shima Spain Village will show you a glimpse of what Spain is like. Packed with many Spain-themed restaurants, souvenir shops, structures and events, we assured you will have lots of fun here. This small little town of Spain was opened in 1994 and they receive a huge number of visitors annually.

From Kintetsu Ugata Station, head straight to Parque Espana by bus which will take roughly 15 minutes. As you reached the park, you will see a stunning Spanish-influenced building called the Mayor Plaza. Inside, there are a few restaurants and cafés where you can dine later in the afternoon. The building was constructed to resemble Spain’s Mayor Plaza as you will notice from its intricate design and layout in each corner.

Parque Espana consists of four main areas, namely Ciudad, Tierra, Mar and Fiesta. In Ciudad area, there are Mayor Plaza, Espana Avenue and Plaza Cibeles. Xavier Castle and other cultural parts of Spain are situated in Tierra. Meanwhile, for Mar, you will see a tall Columbus Monument and Fiesta is where all the attractions are located. 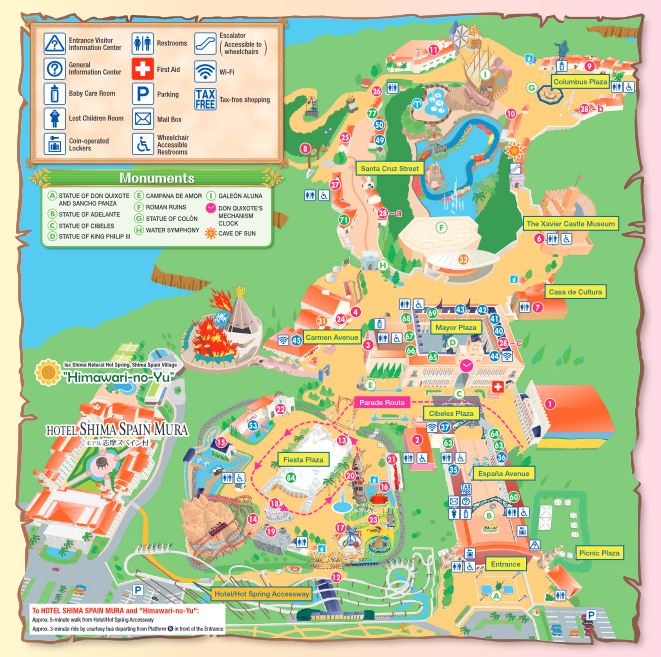 For roller coaster rides, the most favourable and famous ride is the Pyrenees. Going at the speed of 100km/h, Pyrenees is actually an inverted roller coaster ride where you will be spinned and whirled upside down. For a much mediocre ride, try the Gran Montserrat which you will be hurtled through rocky mountains. 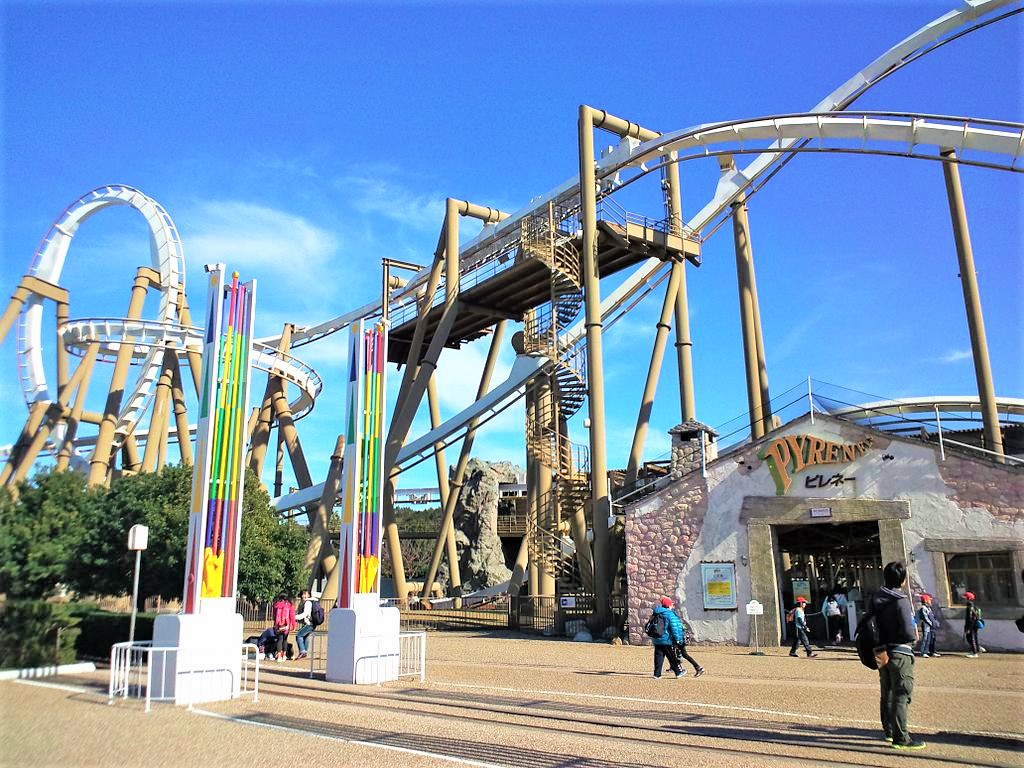 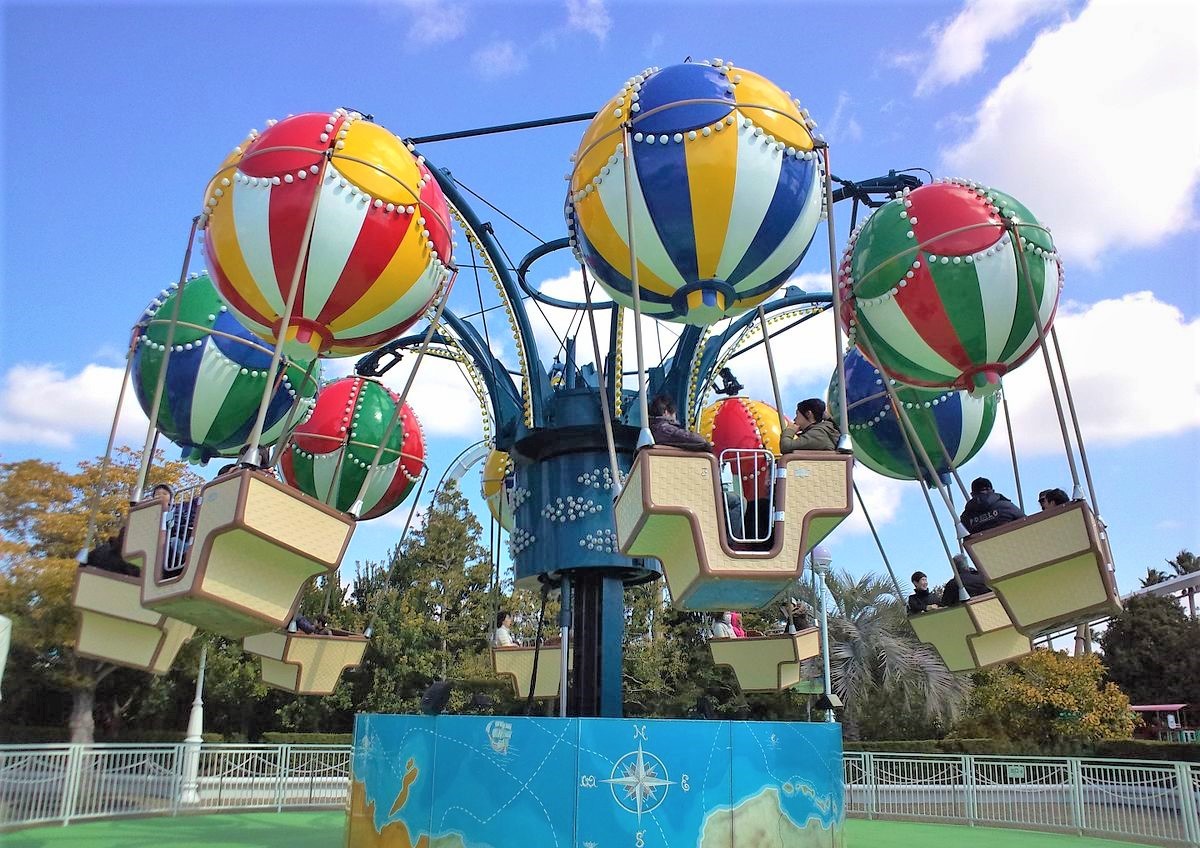 Other than that, for an indoor ride, go to Steam Roller Coaster Iron Bulls. Set in a steampunk factory, you will see many mechanical bulls work their butts off to toughen up for bull-fighting match. Meanwhile, Pierrot the Circus includes a much more fun and happy rides especially for children, for instance, Circus Adventure and Animal Jumping. 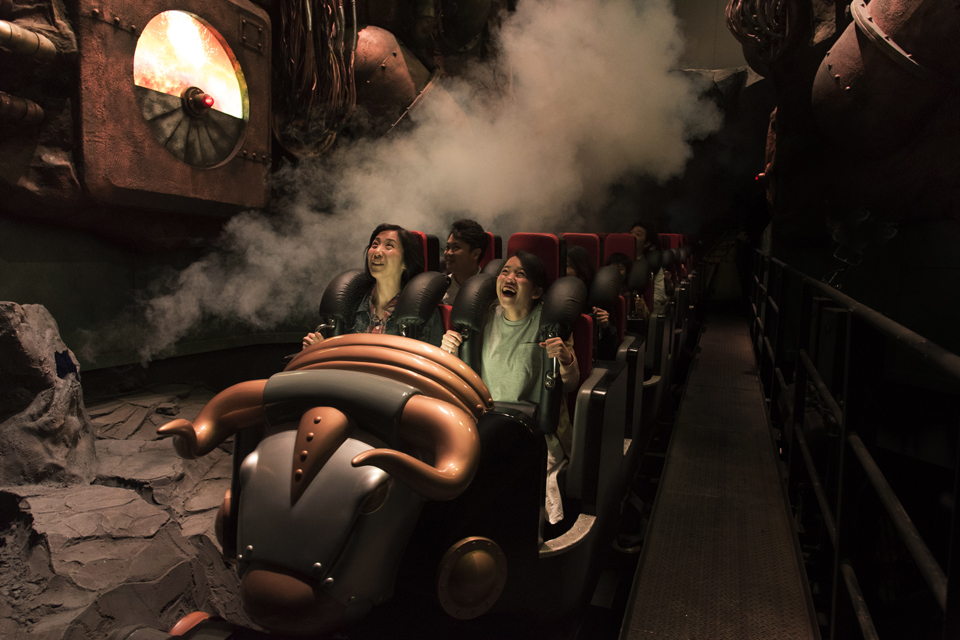 If you don’t mind getting soaked, ride Splash Montserrat and get ready to be plunged into a water slide. Other than this ride, you can go on a Feliz Cruise where you will be touring a small man-made pond in a boat to capture the view of the four seasons and fountains. 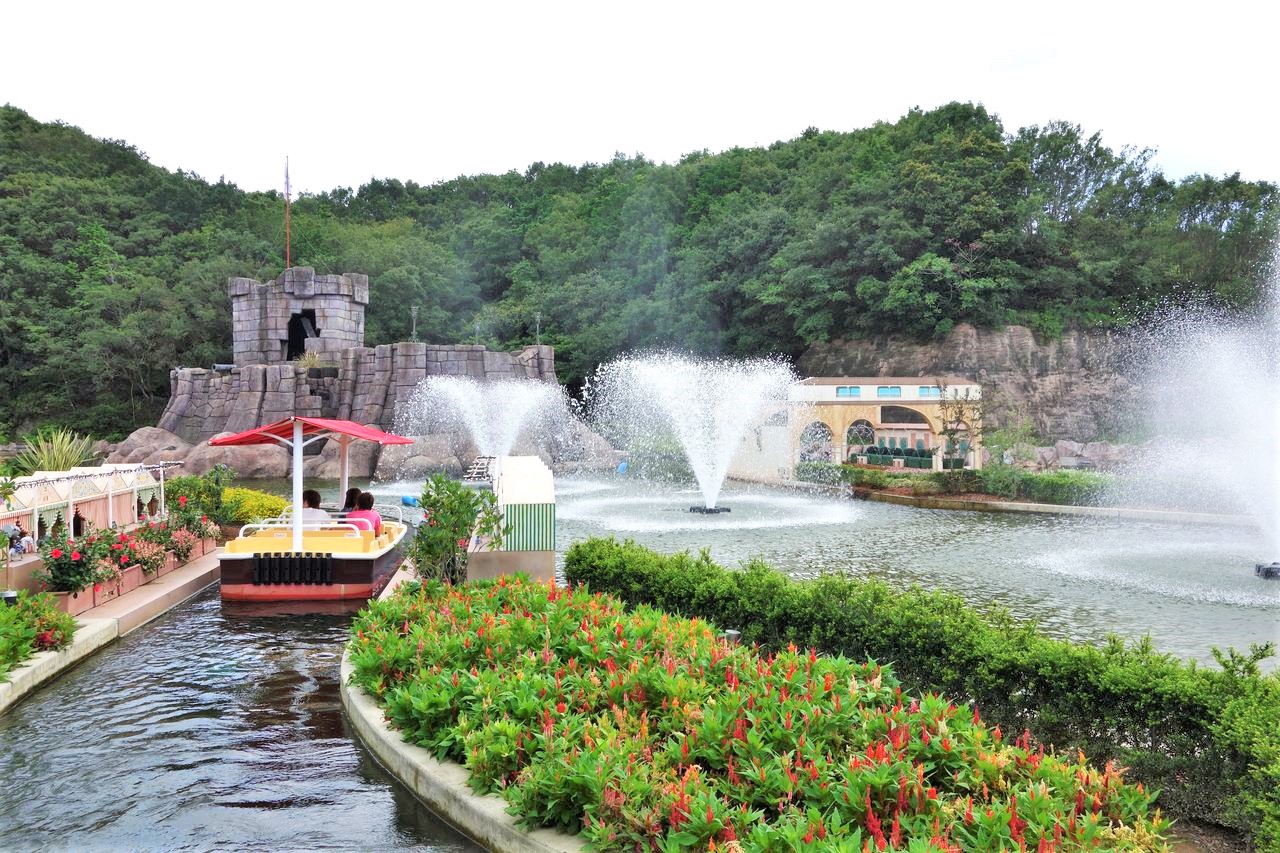 Theme parks are incomplete without snow house. After being drenched in sweats, enter the Ice Castle to see beautiful ice sculptures and artworks. You can also go treasure hunting at Dragon’s Castle, roam around Bosque De Cuentos to see the Spanish version of fairy tales and other entertaining games and rides.

Besides that, you will also see many replicas of Spanish buildings and memorials like Xavier Castle which was constructed to honour Francis Xavier, the first Christian apostle to visit Japan. Inside, there are many Spanish historical figures and cultural assets available for public viewing. If you would like to learn Spain in a visual way, head to Puerta Del Cambron where they will put on several historical videos in a movie theatre hall. 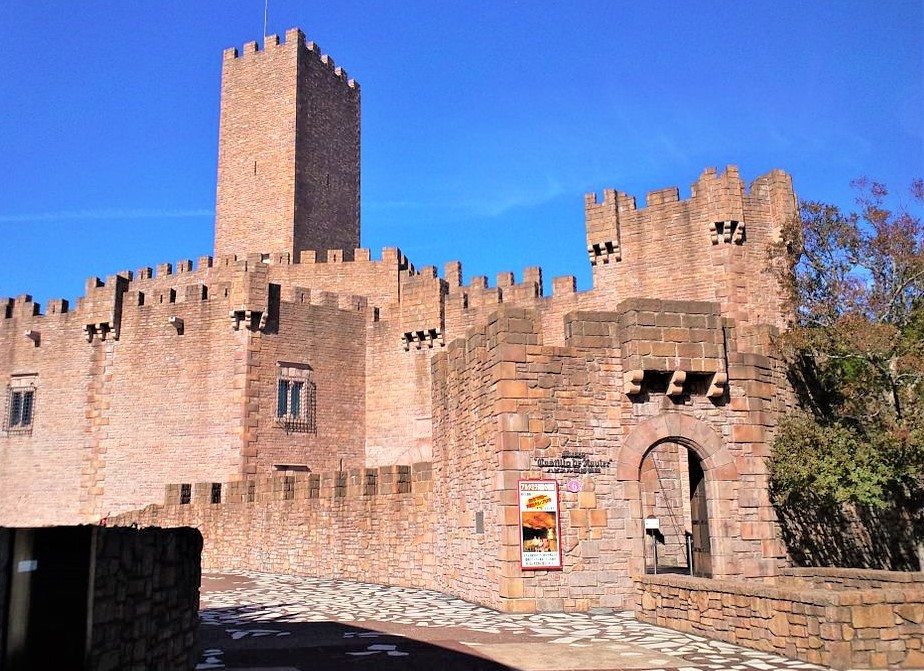 There is also an Embassy Hall that acts as a resting area for visitors when there aren’t any events happening at Parque Espana. You will discover more Instagram-worthy places such as Spanish-styled houses and streets as you stroll around each area. 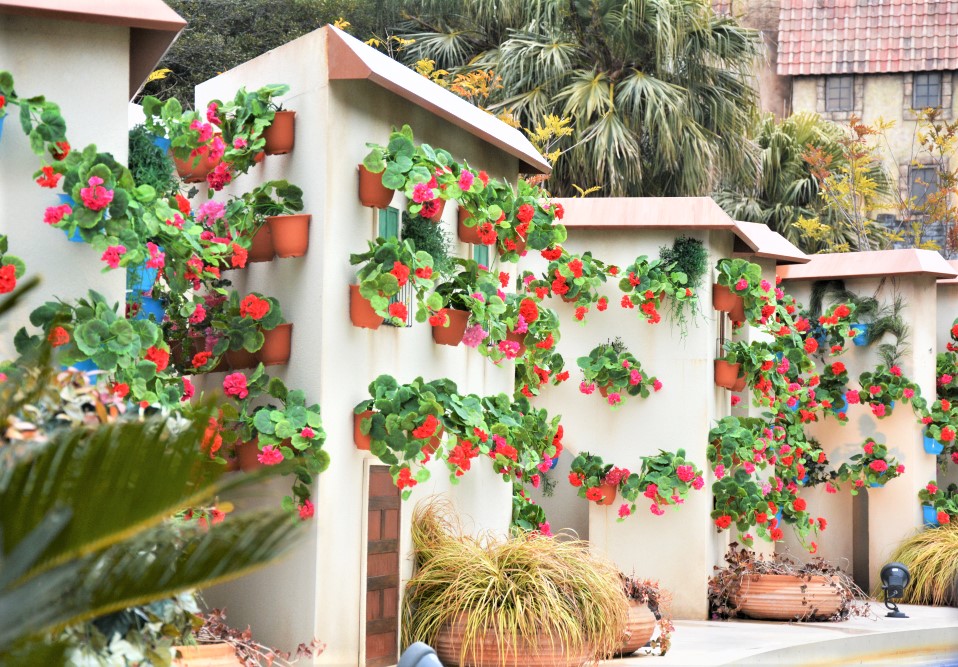 Catch live performances such as Baile Del Capitan, a walking street musical and España Carnival to see Don Quixote’s characters making their appearance in the lively parade. As you all know, flamenco is Spain’s national dance. Therefore, exclusive only at Parque Espana, you can watch the dance number at Flamenco Show. 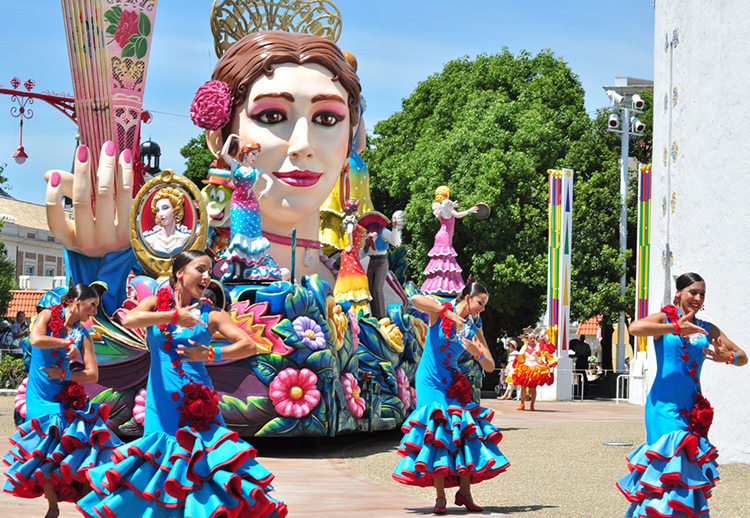 Before you continue wandering around the streets of Spain, make a pit stop at Parque Espana’s restaurants to indulge in a variety of cuisines from Japanese to Western. In Restaurant Alhambra, you get to taste delicious authentic Spanish meals like ‘Paella’, which is highly suggested by reviewers. Other Spanish-themed restaurants include El Patio, Cafeteria Salud! and Restaurant Amigo. For a local taste, there is a Japanese restaurant called Matoya that is popular for Shima’s tuna fish. 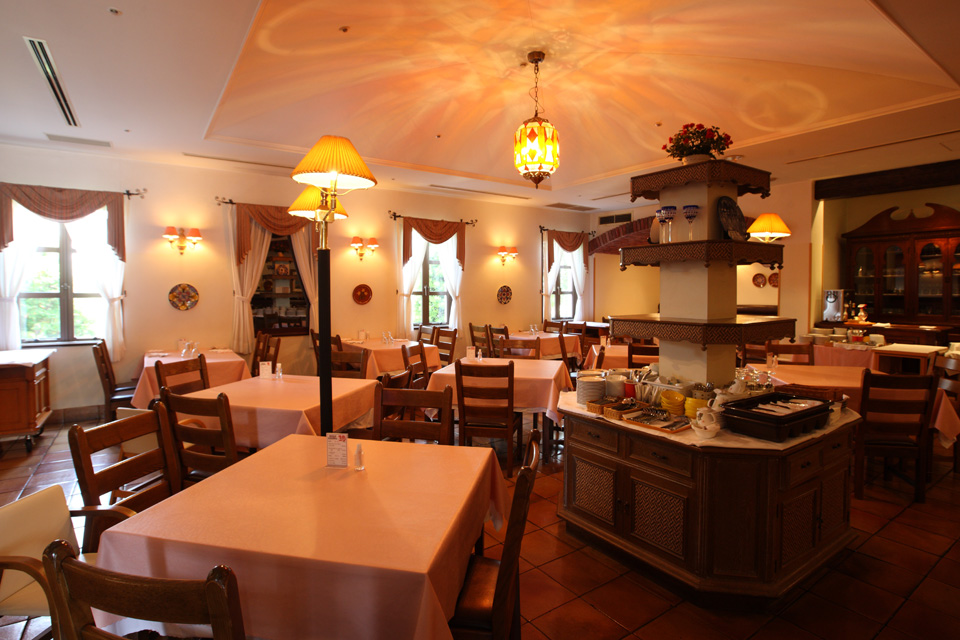 Throughout the park, there are also small stalls that sell fast foods and light bites. Visit souvenir shops to purchase imported items from Spain at La Familia, Mano Mano, ¡Hasta La Vista! and more before leaving the park. 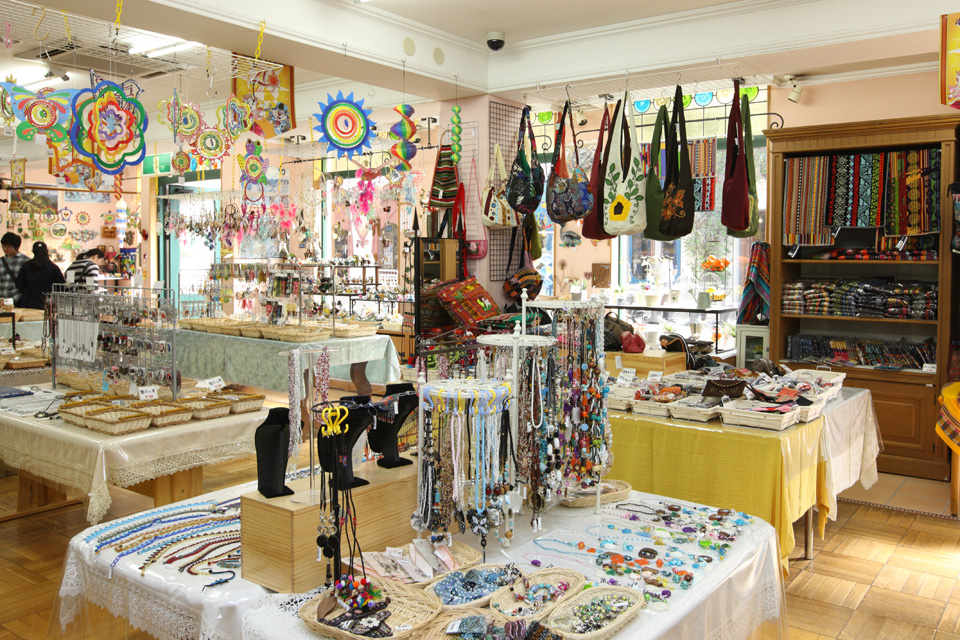 If you plan to stay the night, go to Hotel Shima Spain Mura for an exclusive stay at the Spanish-styled building. You will be amazed at how the hotel applies Spanish eclectic designs and patterns everywhere around the place. Furthermore, the hotel provides over 200 rooms and two main restaurants that serve both Spanish and Japanese dishes. Guests can also use hotel’s facilities including karaoke room, spa, sauna, swimming pools, tennis court and game machines. 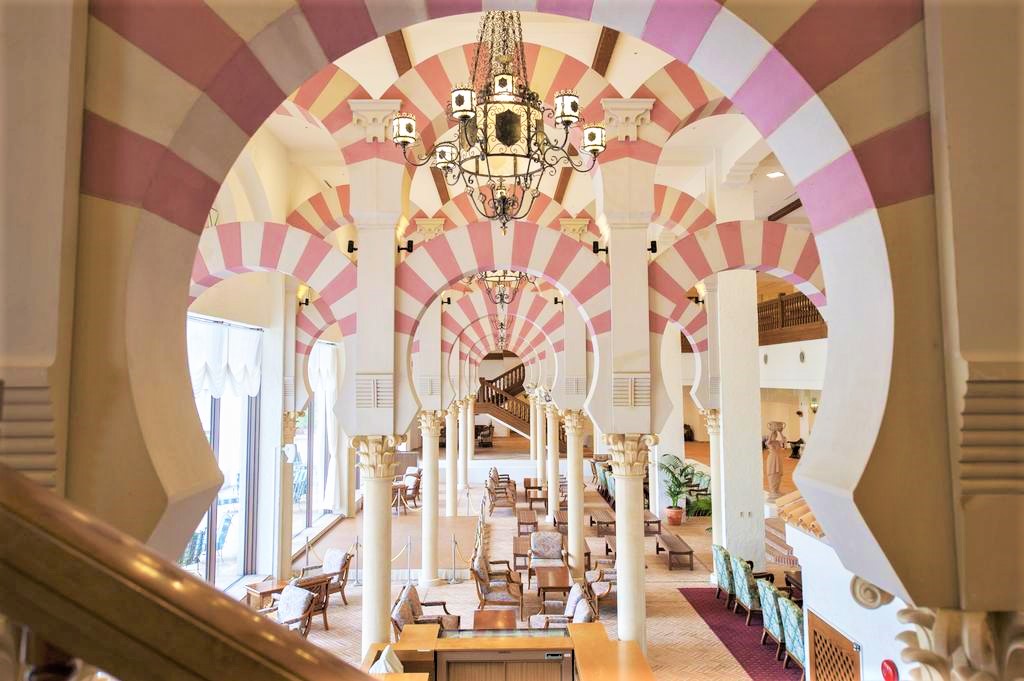 Near Parque Espana and Hotel Shima Spain Mura, there is a hot spring facility open for public and hotel guests. Relax and unwind after a long day at the park at Himawari no Yu. You can enjoy the sunset view of Shima while bathing in the hot spring. For Parque Espana’s visitors, you will receive a special discount rate for admission fee, meanwhile, for hotel guests, you can use the bath free of charge. Inside Himawari no Yu, there is an open-air and indoor bath, salt sauna for women only and bubble bath. 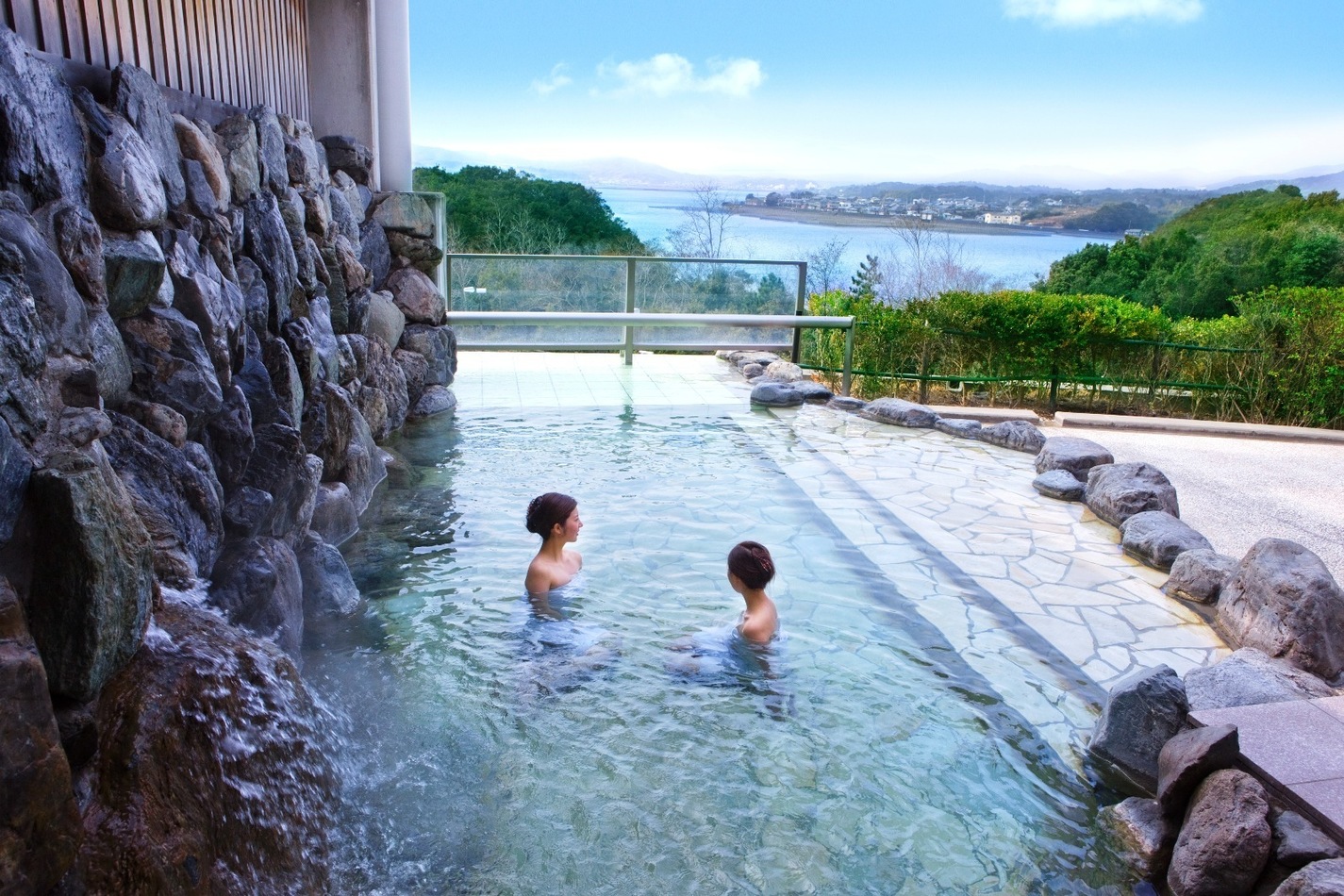 Please bear in mind that this hot spring facility doesn’t allow people that suffer from contagious diseases, people with tattoos and drunkers.

Overall, during your time here, you will completely forgot that you are in Japan. Vámonos~