Exploring Oshima Island, Out Of Tokyo No ratings yet.

Kakigori Shaved Ice: 10 Must-try Shops in Japan No ratings yet. 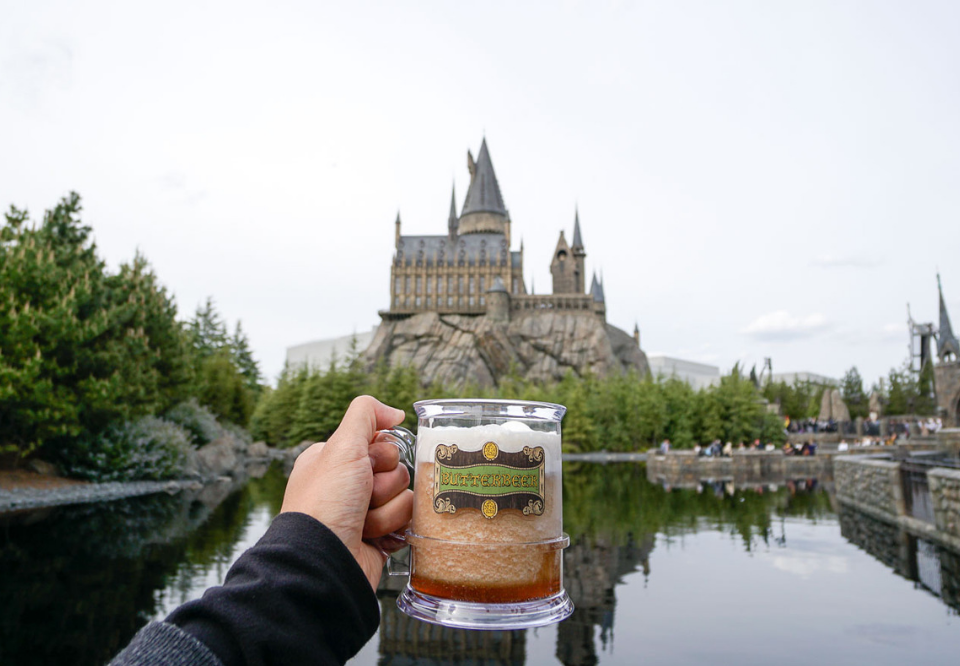 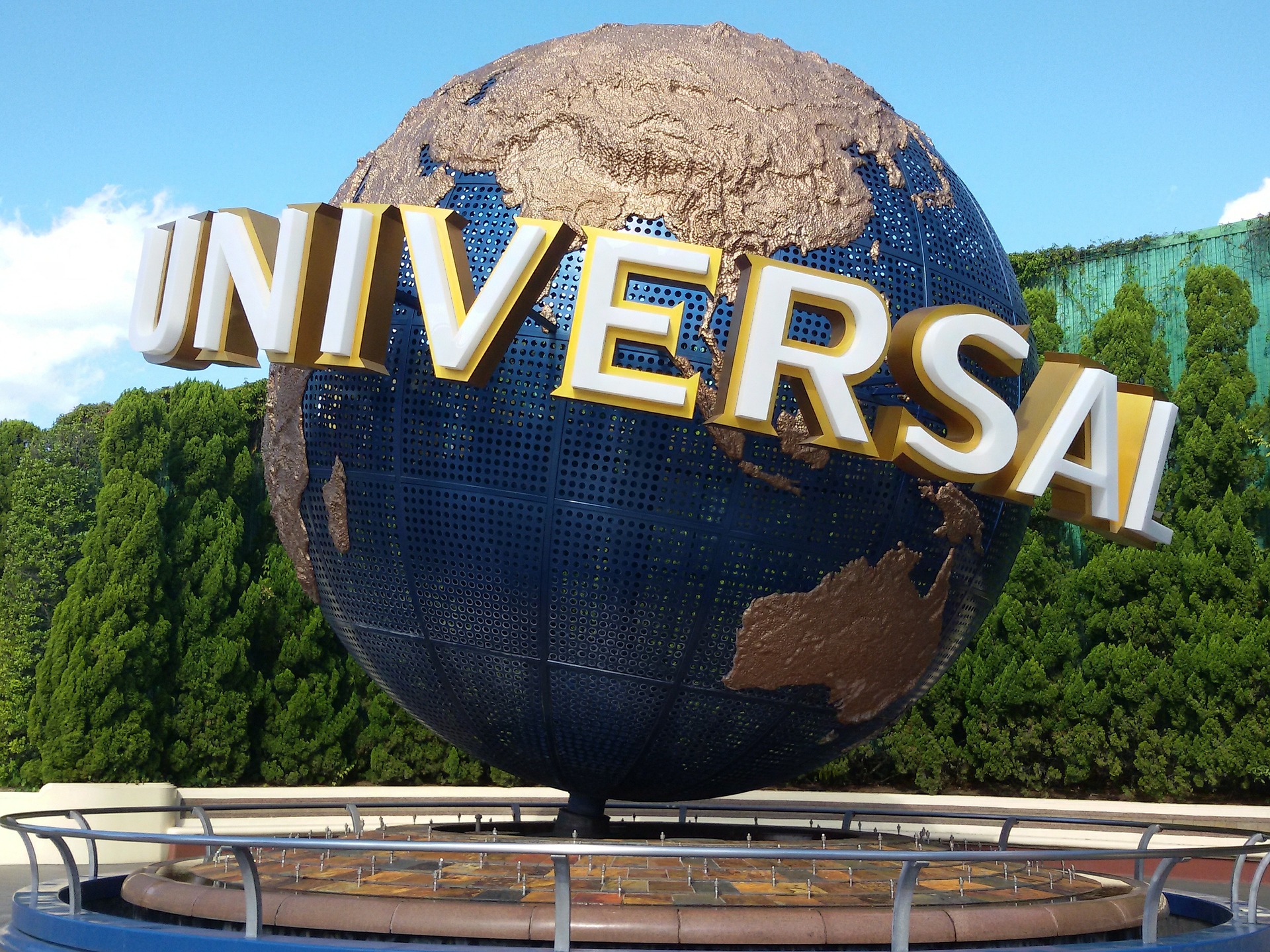 Universal Studios Japan is a world-renowned theme park chains located in Osaka and it is one of the four Universal Studios in the planet. We advise you to purchase the Universal Express Pass so you can cut queuing time. Bear in mind that USJ receives millions of visitors annually, therefore you can only imagine the number of visitors visiting the park daily.

Without further delay, let us introduce you to what is coming to USJ this year! 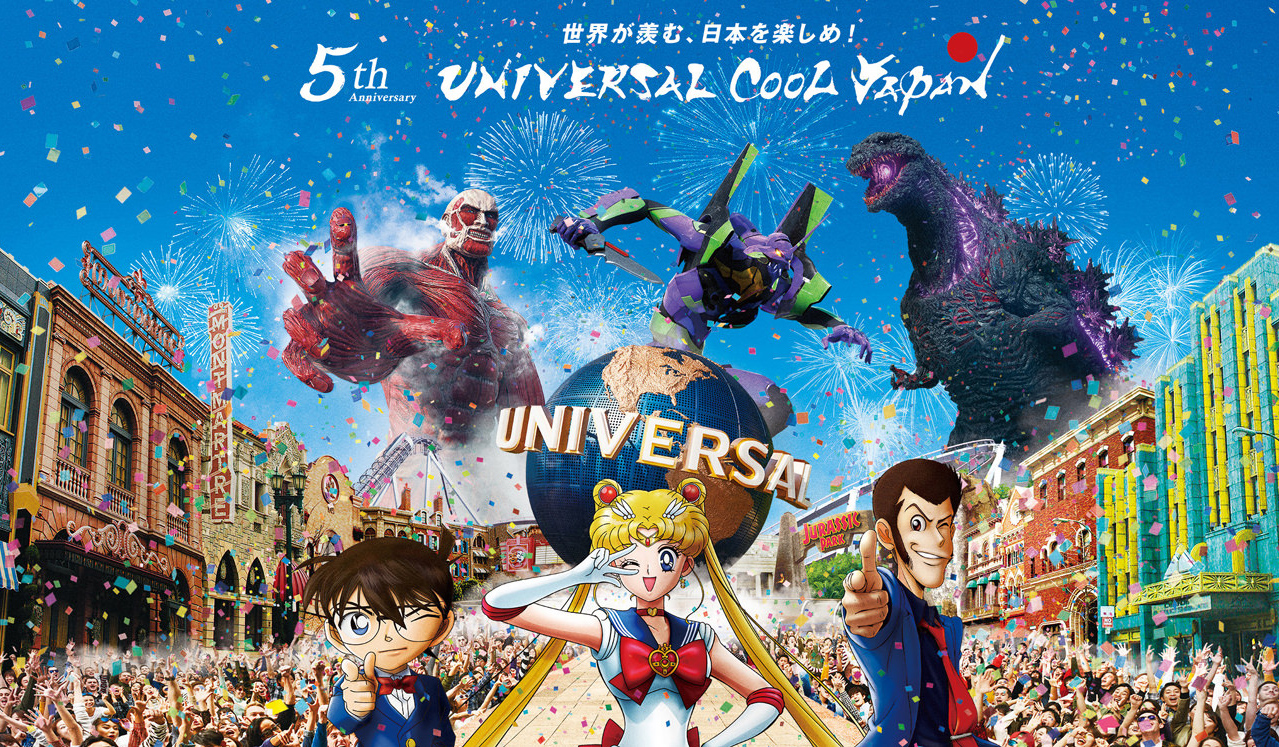 Universal Cool Japan is separated into two terms; summer and spring. The event period is from January 18th until August 25th 2019. For your information, this year marks the fifth anniversary of Universal Cool Japan, thus, they will be adding eight additional exciting attractions.

The main attractions for spring term include two mega blockbusters anime series namely Detective Conan and Lupin the Third. Their event period is set to take place until June 23rd.

For Detective Conan: The World, there are three mystery challenges you need to solve together with Conan, Heiji and Shinichi. This year, you have to chase and capture a new villain called, Kid the Phantom Thief. 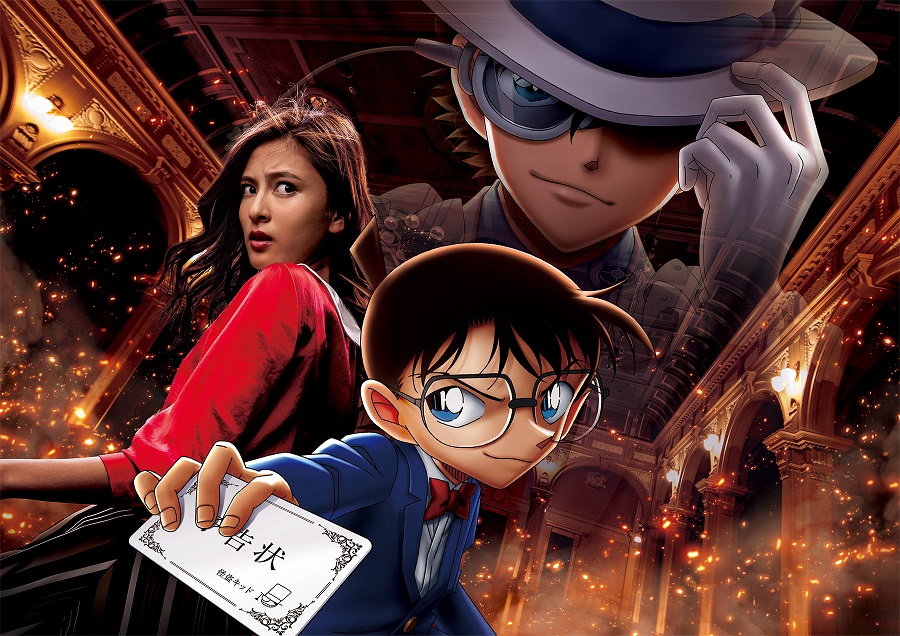 For The Escape, the game is similar to any escape room simulations.  You need to find a jewel hidden in a mansion before Kid the Phantom Thief does. Be careful as there are a lot of unexpected traps and tricks throughout the gameplay.

As for the Mystery Challenge, you and Heiji will go on a daring adventure to unravel a note from the Phantom Thief. Lastly, at the Mystery Restaurant, you can both enjoy the amazing food at the diner as well as get to the bottom of the case once and for all. These two attractions will end on May 26th 2019.

For adrenaline junkies, this attraction is clearly for you. Lupin the Third features a virtual car chase in which riders will need to put on a VR (virtual reality) headset to experience surreal effects and gimmicks during the ride.

With an accelerating speed, you and Lupin’s gang members have to escape from the police as you have just stolen a valuable piece from the Museum of Fortunia. 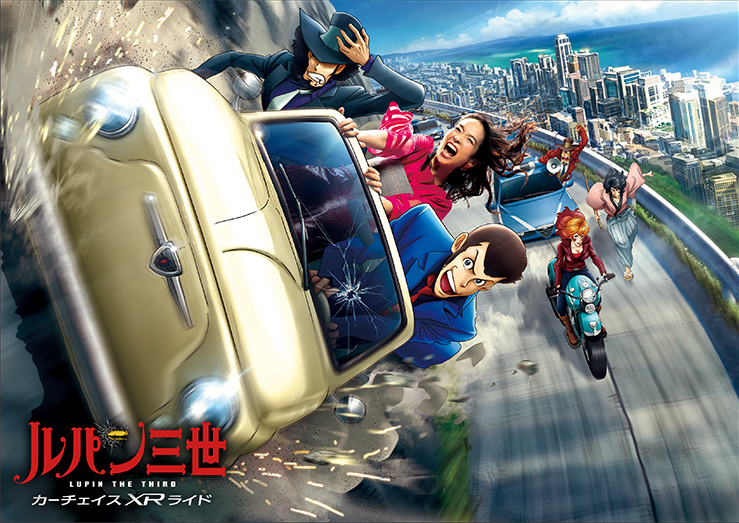 Apart from the car chase, make a pit stop at Ristorante Amore to meet and greet with Lupin himself while savouring the delicious food. 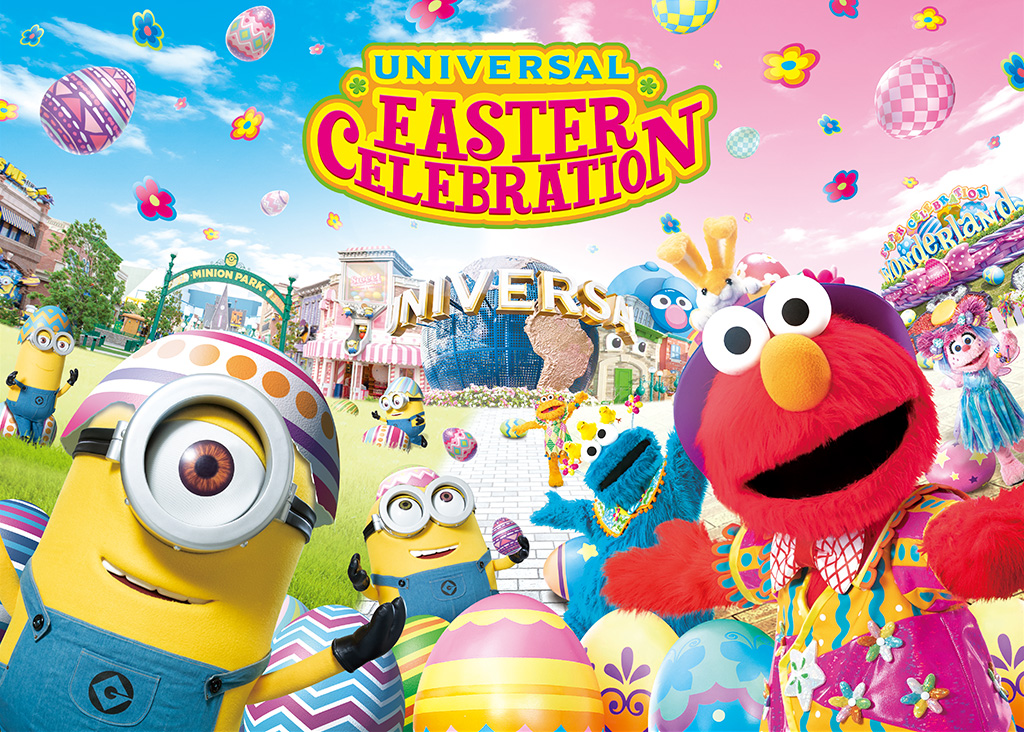 During the Easter celebration, USJ will present the biggest Minion Park in the world. The park will be furnished with all Minions decorations and you will be greeted by Minions dressed up in their Easter outfits.

Not only the Minions but also you will also get a chance to meet Elmo, Hello Kitty and Snoopy over in Universal Wonderland in a dance party session.

The park will install Easter-themed accessories such as Easter eggs and Easter bunnies. Furthermore, both of these areas will organize an Easter Egg Hunt suitable for families where they need to catch all the Easter eggs. In addition, try also some of the Easter-themed food at the Beverly Hills Boulangerie.

Dear Potterheads, clear your entire schedule and attend Hogwarts Magical Celebration to celebrate the fifth anniversary of The Wizarding World of Harry Potter attraction in USJ. Some of the new additions in the magical world include Projection Show and Triwizard Spirit Rally. 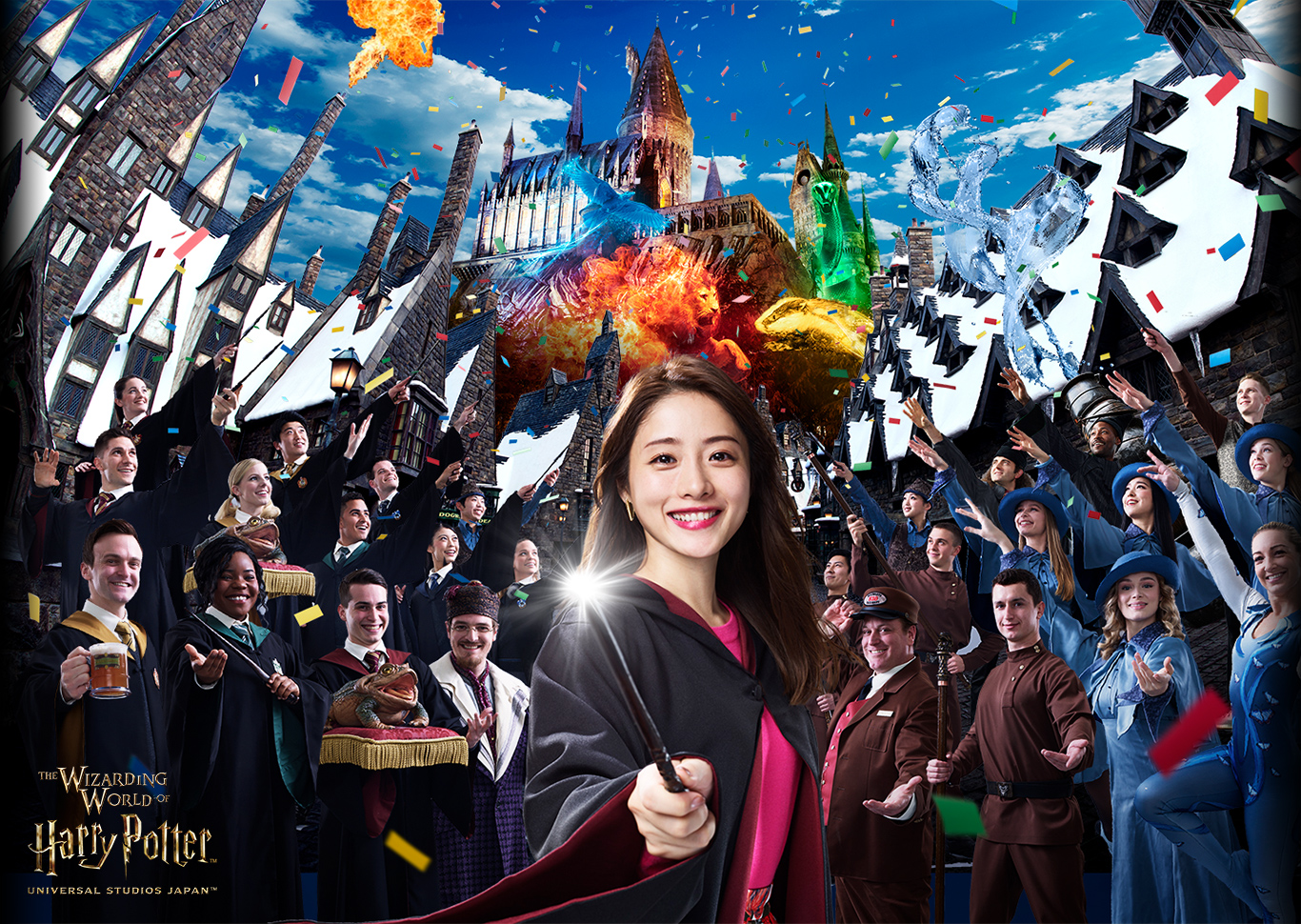 For the Projection Show, the castle will be illuminated daily in the evening. Ravenclaw, Gryffindor, Slytherin and Ravenclaw will flaunt their houses flags and sigils in a unique way hosted by the Sorting Hat.

Meanwhile, if you would like to see the girls of Beauxbatons perform acrobatic dance and a powerful show from the boys of Durmstrang, don’t miss out the Triwizard Spirit Rally. 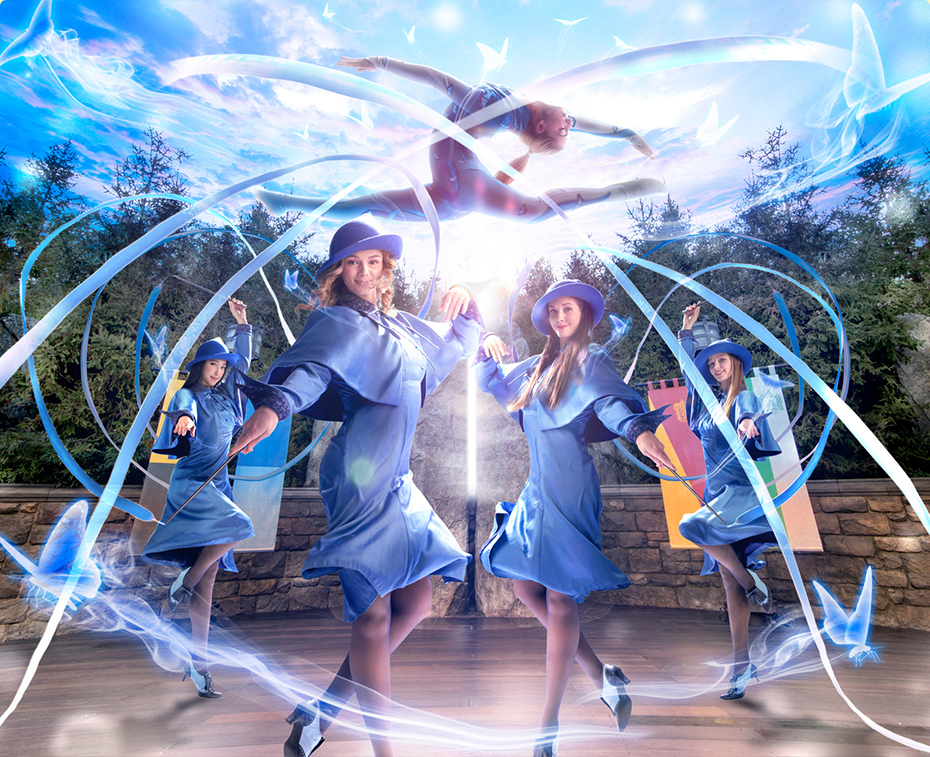 Also, there is an upgraded version of Harry Potter’s roller coaster ride. Riders won’t need to put on a 3D glass to fully immerse in the experience. With the new ultra-realistic graphic, feel the heat from the fire-breathing dragon as well as the iciness that comes from the Dementors, try the Harry Potter and The Forbidden Journey.

For the following months, prepare to enjoy some of the exciting attractions such as Attack on Titan The Real, Godzilla vs. Evangelion The Real 4-D and Pretty Guardian Sailor Moon: The Miracle 4-D. These attractions will begin from May 31st until August 25th 2019. 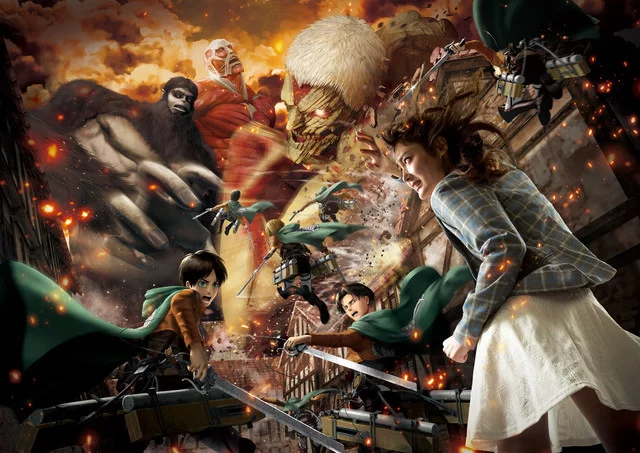 Attack on Titan: The Real returns in the battle between humans and titans, filled with intense visual effects that will wow the audience. The battle will be displayed on the world’s biggest 3D screen!

Godzilla vs. Evangelion: The Real 4-D is a face-off between Godzilla and Evangelion in a 3D video. The setting of the story will take place in Shin-Osaka City III. Get ready to experience various real effects such as wind gush and water splash throughout the show. 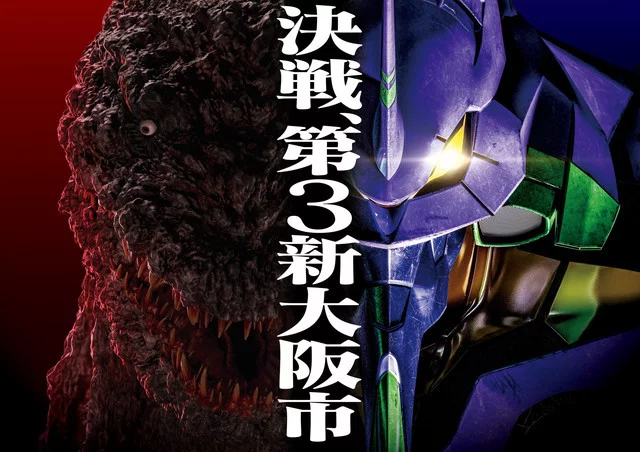 Finally, Pretty Guardian Sailor Moon: The Miracle 4-D is an interactive show featuring Sailor Moon and of all of her Sailor Scouts. This 20 minutes show will feature all the scouts to team up in order to rescue Sailor Moon in the Moon Palace and to make it more interesting, they require assistance from the audience. Don’t forget to get Sailor Moon cool merchandises too! 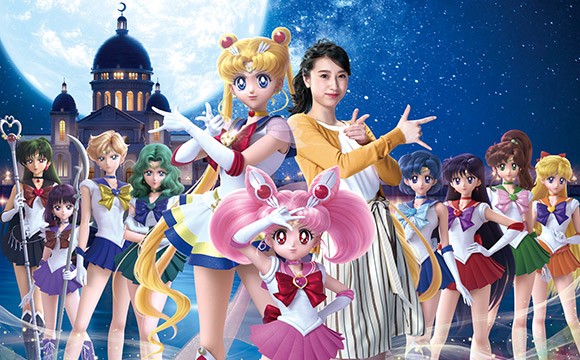 In conclusion, anticipate in the fun-filled activities and festive celebration all year long at Universal Studio Japan! Check out the event schedule so you won’t miss any of your favourite attractions.

How to Get Here?

Get on the train at Nishi-Kujo Station, then you need to transfer to the JR Yumesaki Line. After that, make your way to Universal City Station to board the train. Then, just follow the ‘Universal Studios Japan’ sign and you will reach there within a few minutes.