Aso, a beautiful city in Kumamoto Prefecture No ratings yet.

Tottori: The place to meet Supernatural Beings from GeGeGe no Kitaro No ratings yet. 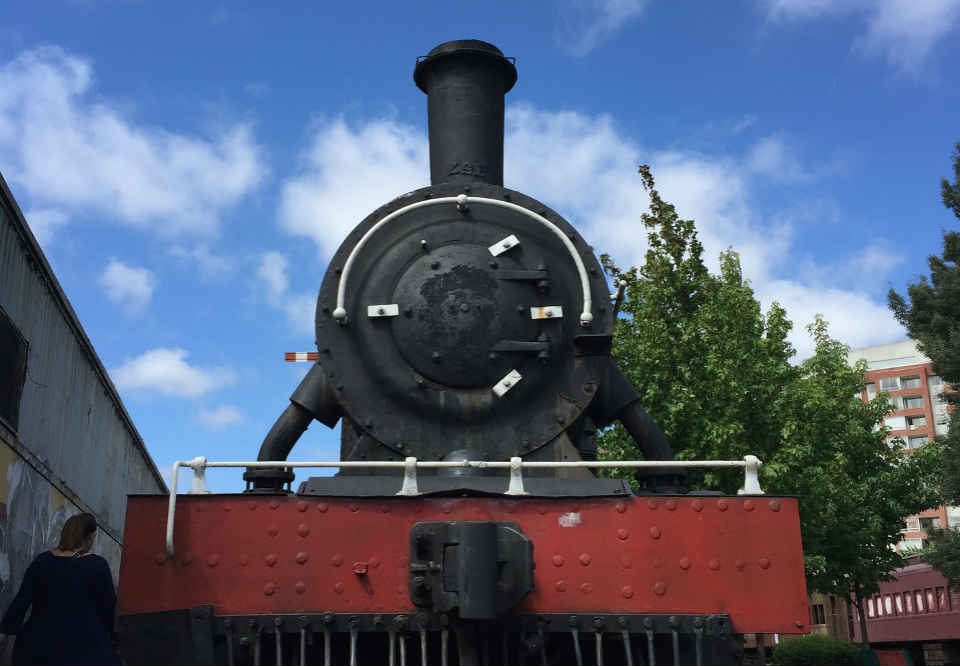 What can you do on Shikoku Island? If you are a traveller who plans to visit this place, one of the unique things that you can do here is experiencing the many different train travels that go around this beautiful island. Shikoku Island is well connected by rail, hence it is pretty easy to move around this location.

Train travel in Japan is in fact nothing new, but when you start to explore regions outside main cities, the most convenient and affordable method would be to take the train as flights or self-driving can be expensive and tricky for first-timers. In this article, I will give you some tips on how you can visit the smallest of four islands in Japan.

Osaka is one of the closest entry points into Shikoku, which you can catch a direct train to Takamatsu or Tokushima City. There are three main train journey options from Osaka, and it would take about 2.5 hours to 3.5 hours, depending on which train service you prefer. 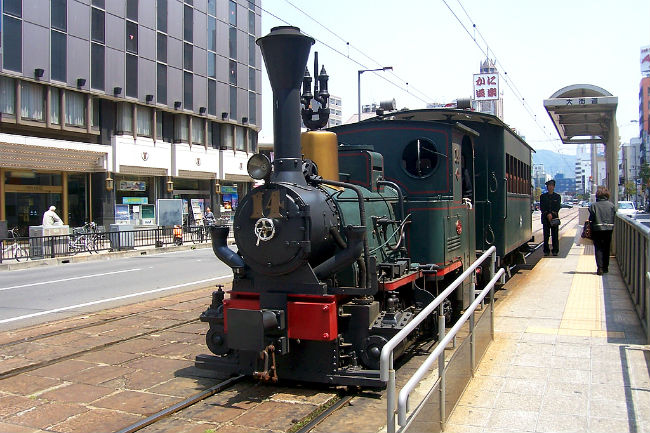 Once you are on the island of Shikoku, you can start your train journey. There are many different trains for each destination and it depends on where you want to go. I highly recommend you to get the All Shikoku Rail Pass which allows you a smooth journey on the different types of trains that cover 1,100 kilometres of rail all over the island.

To purchase this ticket, it is also best to get them in your home country as it will be ¥500 cheaper as compared to purchasing it in Japan. You could find out where you can purchase an All Shikoku Rail Pass from the selected dealers here.

The pass allows you to travel on the following train services.

If you want to experience something out of the ordinary, there are several other unique train experiences on the island of Shikoku. Some trains are quirky and colourful, suitable for families with kids, and there are also others that resemble a retro train experience. 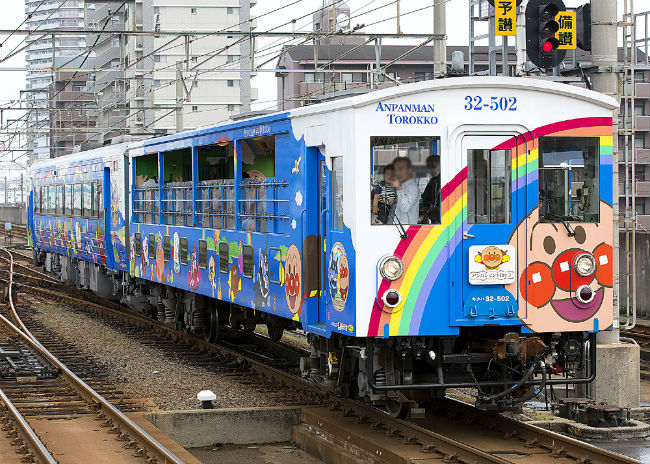 Anpanman Train is a children’s manga and anime theme train, and also a special tribute to the creator of Anpanman, Takeshi Yanase. This train is very noticeable as it is painted in striking bright colours of the characters from the anime series.

If you love all things kawaii and manga, this is the train to experience. There are three different themed trains that run along different lines here. They operate on the Yosan Line, Dosan Line and Kotoku Line in Shikoku.

I highly recommend the Anpanman train along the Dosan Line as it travels through some of Shikoku’s most beautiful scenery. It passed by places like scenic locations such as Iya Valley and Oboke Gorge. Everything on these trains is heavily themed, from the seats, walls to the speciality food they serve onboard. 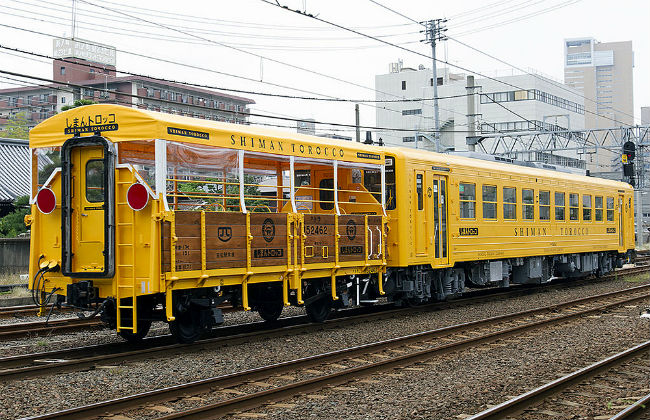 This is a special train mainly for tourists. The Shiman Torocco Train is painted with striking bright yellow ‘Yamabuki’ colour and it runs along the scenic routes on Shikoku Island. It consists of only two carriages, one indoor and one outdoor, which is suitable for those who prefer experiencing the natural wind.

The unique trolley train also runs along the famous Shimanto River which provides incredible scenic views. The best part about this train is that they operate on local volunteer guides to explain the scenic places. If you plan to board this train, take note that there is no toilet onboard, therefore if you really need to use the washroom, just inform the train driver and he will make a stop for you at the nearest station. 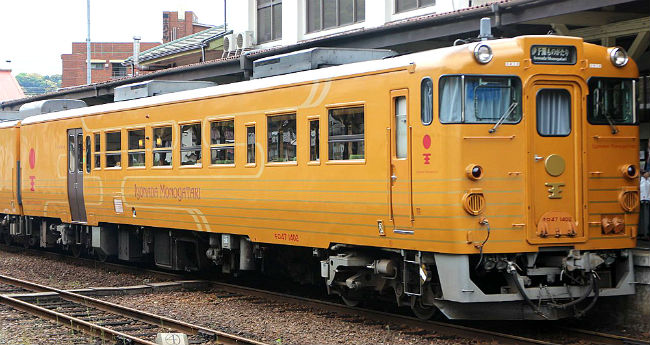 Known as the ultimate sightseeing train, this service provides guests with a trip down memory lane. The Iyonada Monogatari train is actually an old retro era train that has been refurbished with modern and luxurious interior and facilities.

The bright golden yellow and deep red coloured train operates in the northwestern part of Shikoku and runs along the Yosan Line, passing along the Seto Inland Sea and then along the Hijikawa River, making various tourist stops. One of the important stops is the famous Shimonada Station, which is Japan’s most photographed train station which overlooks the sea.

There are four trains plying different routes, where each of the trains has different names, namely the Ozu Part, Yawatahama Part, Futami Part and Dogo Part. The Iyonada Monogatari Sightseeing Train is a two carriage train and advanced booking must be made in order to ride this train. Do take note that over the counter bookings will not be entertained. 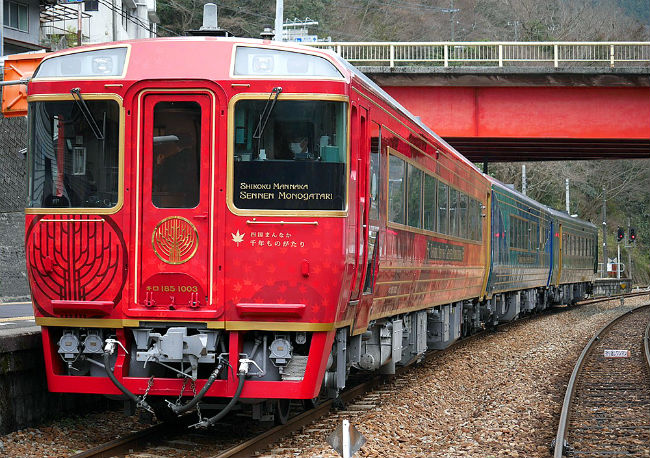 Operating from Tadotsu Station to Oboke Station, this sightseeing train takes you through a very scenic journey passing by temples, shrines, gorges and ends at a traditional Samurai village called Ochiai Village.

Suitable for serious train travellers and adults, many consider this to be one of the more mature train rides in Shikoku. The overall ambience of the train feels very classy and yet rustic with dark wood finishing.

The three-carriage train comes with individual colours, each having a different seating experience that faces the train windows for direct viewing. Specialized Japanese cuisine using local ingredients are also catered through reservations. One of the local trams seen on the move.
Image credit: Tsuda on Flickr / CC BY 2.0

5. Trams and Streetcars around Shikoku

In certain cities on the island, there are a number of unique trams and streetcars that operate at main tourist sites. Depending on which city you visit, you should take the opportunity to try some of this unique transportation.

A great place to start would also be in the city of Kochi, which operates Japan’s oldest tram system which is 23.5km long with has a total of 76 tram stations. Some of the trams look really colourful, you will most probably end up taking a photo with it. 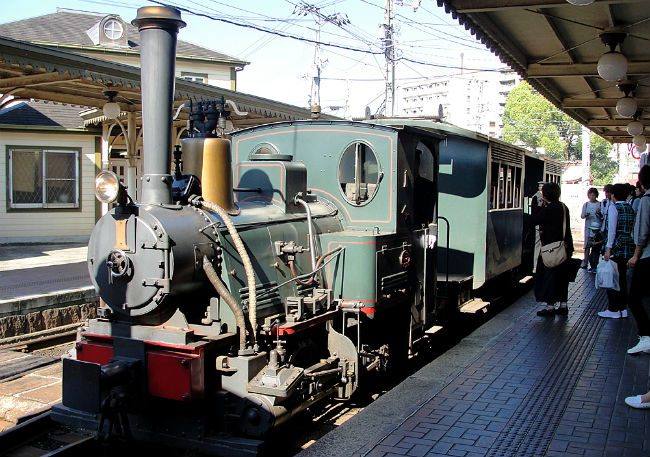 The vintage Botchan Train in Shikoku.
Image credit: RachelH on Flickr / CC BY 2.0

For any locomotive or train fans, the Shikoku Botchan Train is a must try experience. This diesel-powered replica of the original Iyotetsu steam locomotive is still in operation and plies the Dogo Onsen Station to Matsuyama Station.

During summertime, the train can get really crowded and hot, therefore it is recommended to try this train during off-peak season. Tickets are cheap at only ¥300 for adults. Honestly, this is well worth it and a good photo opportunity for anyone. The beautiful Iya Gorge seen from a viewpoint.
Image credit: Kimon on Flickr / CC BY 2.0

In conclusion, my recommendation to visit Shikoku is to get the All Rail Pass that allows you to utilize many of the train services around the island. In order to fully experience this journey, you need a minimum of five days here, but seven days would be optimum to explore and see Shikoku.

If you are on a tight schedule and still want to experience Shikoku, I would recommend taking the train trips from the northeast to the north-west as you can do that in three to five days.