9 Weird Things about Japan You Probably Didn’t Know About No ratings yet.

Suzuki Toshio & GHIBLI’s Exhibition is Coming to Nagasaki! No ratings yet. 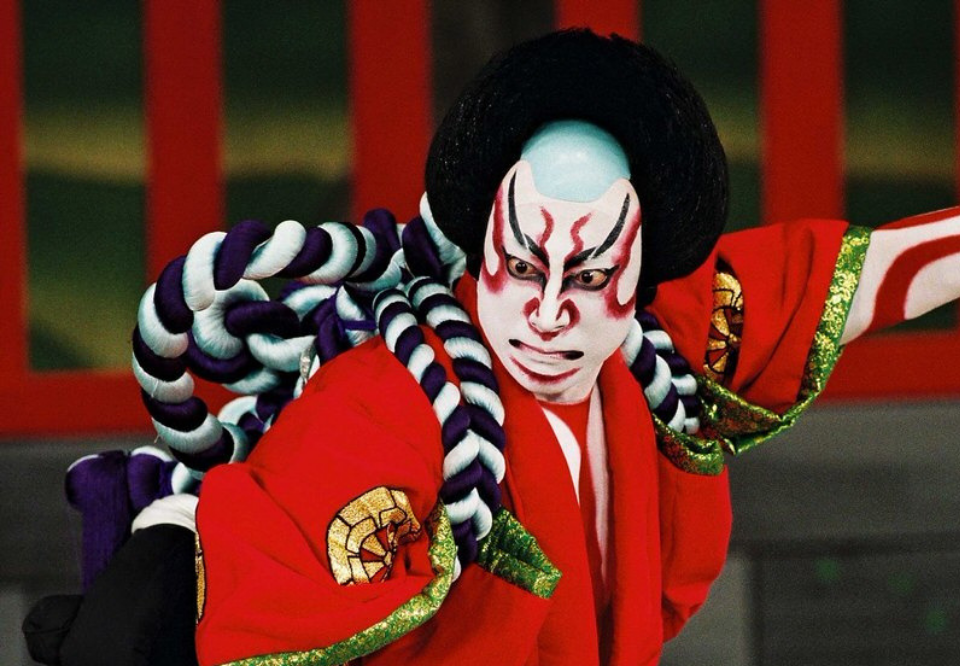 Japanese theatre has existed since as early as the 14th century from the traditional ones to the modern Broadway-like musical shows. It is highly regarded as an important part of the Japanese culture where most of the drama plots revolve around Japanese history. The concepts for each Japanese theatres are very much the same where they emphasize the heavy makeups, lavish costumes and strong dialogues which are also infused with overdramatic melodrama to deliver the message to its audiences. 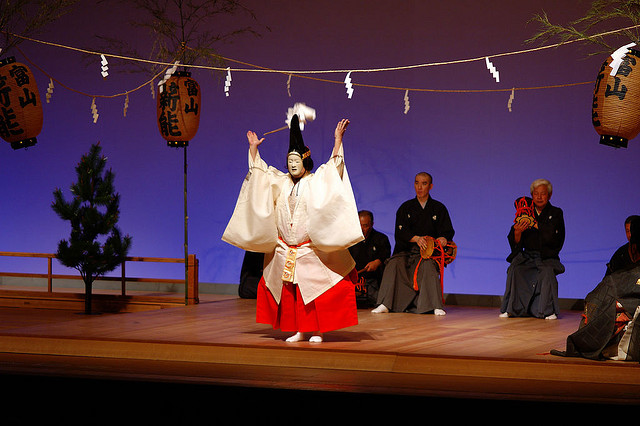 The Japanese still practice these traditional performances so the new generations can have the opportunity to experience it at least once. Despite the locals, tourists are also fascinated by these kinds of traditional plays because of its eccentricity, originality and the richness of the Japanese cultures as can be seen during the play. Click here to read about Noh theatre.

Let’s get to know some of the outstanding Japanese theatres and where can you see them.

Kabuki isn’t a foreign name when speaking of traditional Japanese theatres. Kabuki derives from the word ‘kabuku’, translated as bizarre or unusual and the three kanji that made up the word; 歌舞伎 means to sing, dance and skill. The dance-drama theatre was inaugurated by a woman named Okuni in the year 1603. Some believed that she was a Miko (Shrine Maiden) at Izumo-Taisha. 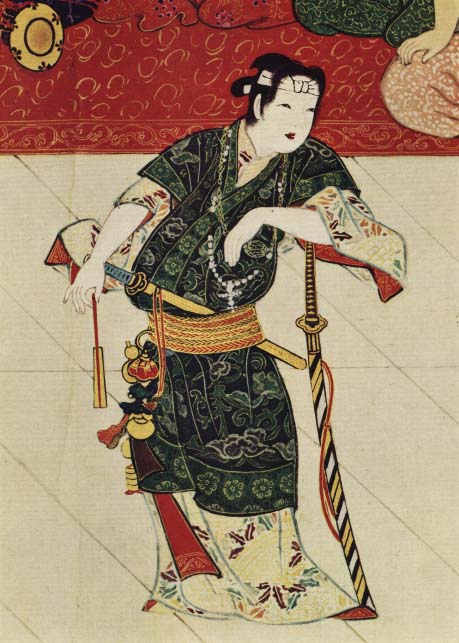 Back then, Kabuki was dominated by all-female actors until it was banned in 1629 due to explicit content. After the banning, it led Kabuki to become all-male actors, even when there is a woman character in the play. Then, in 1673 onwards, Kabuki had become the most popular form of entertainment in Japan where most performances will go on for several hours. One full Kabuki performance can last up to four to six hours, consisting of three to four acts.

Most Kabuki performances use strong archaic Japanese language which is very hard to understand even for the Japanese. In the 1960s, they started to provide an English guide and headset for the audience so they’ll understand the storyline of the play better.

For those who would like to experience Kabuki, you can head to Kabukiza Theater (Ginza), Shimbashi Enbujo Theatre and Theater Cocoon (Shibuya), Kyoto Minamiza Theatre and Osaka Shochiku-za Theatre. The dress code to attend Kabuki is formal, so you can wear either a suit or a kimono. 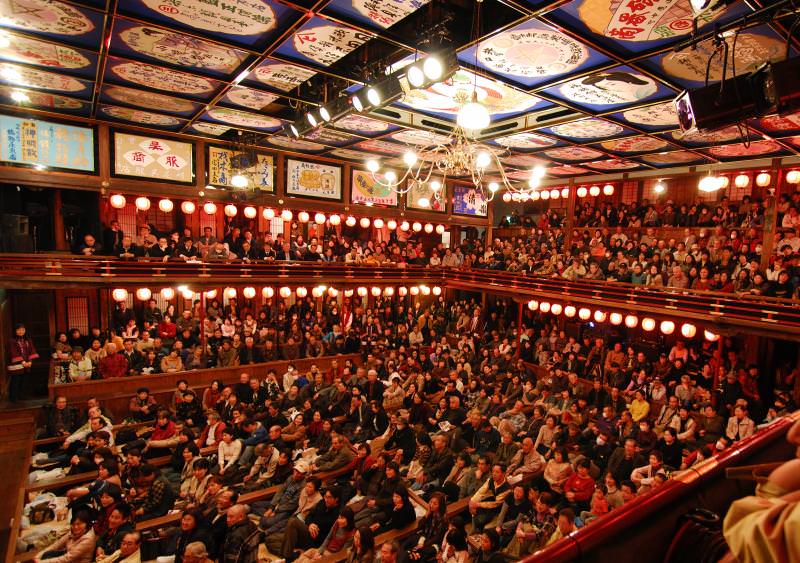 Kyogen is a part of the Noh theatre in which it acts as an intermission in between Noh acts. Kyogen lasts 10 to 30 minutes and contains only two to three roles. The short play usually uses slapstick jokes, parodies and comedic elements to form laughter while the audience waits for the next Noh act. 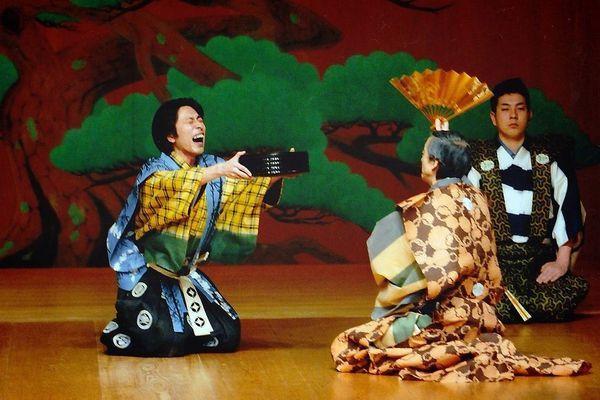 The word Kyogen was formed by two Japanese characters; 狂言 which means mad words. The play was introduced back in the 14th century. Similar to Kabuki, Kyogen also utters archaic Japanese language in their plays. However, the actions are deliberately exaggerated so the audience can understand the message. The only thing that distinguishes Kyogen and Noh is Kyogen uses masks lesser than Noh. They only wear masks when they portray animals or God characters.

As for the story, Kyogen plays are based on folklore and the slice of life. If you want to watch only the Kyogen act, you can go to Mibu-Dera Temple in Kyoto where Kyogen will be held occasionally throughout the year. 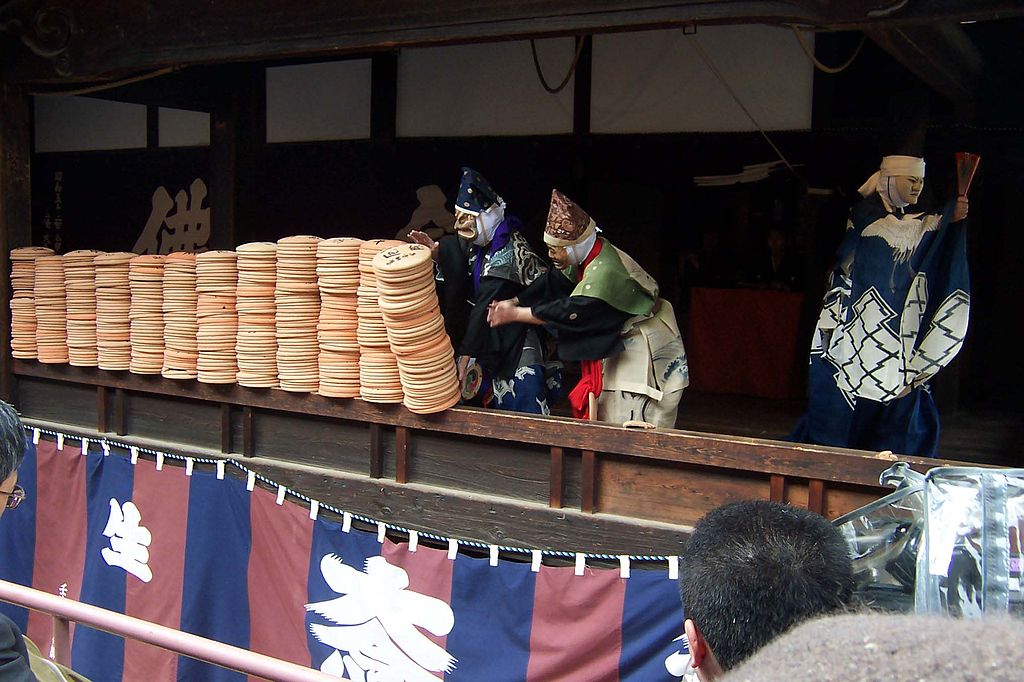 Bunraku is a Japanese puppet theatre arose during the Edo Period in Osaka. The puppets used in the Bunraku act are incredibly lifelike. The puppets are usually three to four feet tall, half the size of an average human. Each puppet requires three people to operate it and they will be dressed in all black. To become a puppeteer, you need to master the skills and techniques of handling a puppet. The chief puppeteer will operate the head and the right hand, while the other two puppeteers will operate the left leg and left hand. 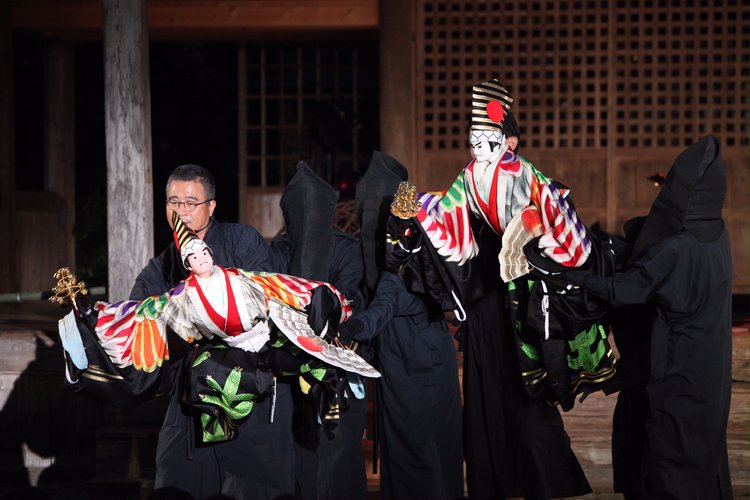 The play is usually accompanied by ‘shamisen’ (a Japanese musical instrument) and ‘joruri’ (music narrative). Bunraku is one of the unique forms of theatre whereas the storyline is leaning towards Japanese myths or legends. Some puppets have the ability to transform themselves into a demon, based on the puppeteer’s skills.

You can watch Bunraku plays at National Bunraku Theatre, Osaka or National Theatre, Tokyo. The show is around four hours and there is an English guide in case you can’t understand Japanese.

If you are dreaming of going to a burlesque or Las Vegas’ night shows, fly to Japan to experience Takarazuka Revue. Although their play seems pretty modern as compared to Kabuki, Kyogen and Bunraku, Takarazuka Revue was founded in 1913 in Hyogo Prefecture. Introduced by a Japanese industrialist, Ichizo Kobayashi. Instead of combining both men and women in the plays, he wanted all-female actors to contrast with Kabuki’s all-male actors. 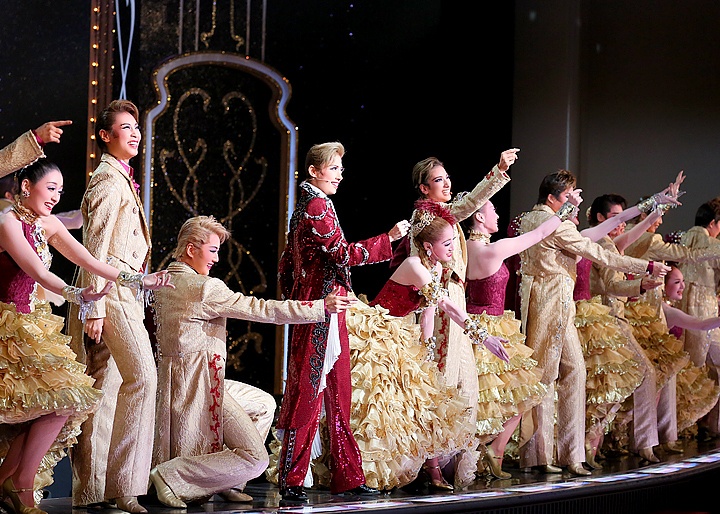 Takarazuka Revue’s concepts are dramatic, flashy, sparkly and extravagant followed by huge dance routines, similar to a burlesque. In terms of performances, they regularly put on Western-styled musicals and occasionally, Japanese myths, manga and important events.

To become a Takarazuka Revue cast members, thousands of girls will come to audition in which only 50 people will be selected to join the prestigious school. In total, there are five main troupes in Takarazuka Revue with each specializes in dancing or singing. The troupes are Flower Troupe, Moon Troupe, Snow Troupe, Star Troupe, Cosmos Troupe and a bonus troupe called, Senka. Senka doesn’t belong in any of the mentioned troupes. 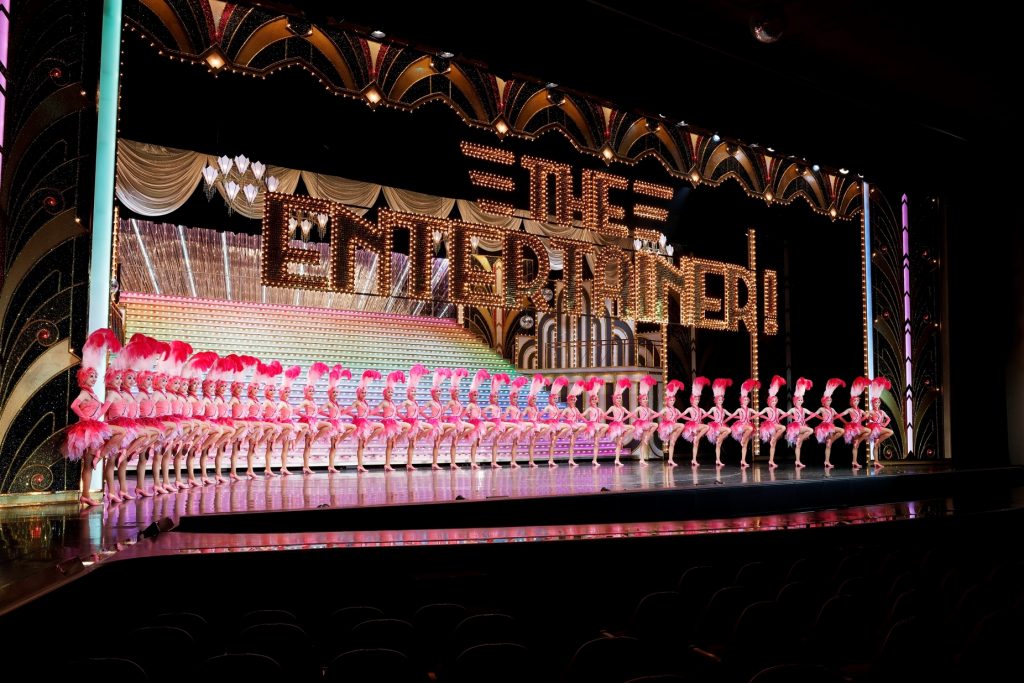 Generally, the duration for each play is around two to three hours with a short 30 minutes intermission. If you have watched any of the Takarazuka Revue’s plays, they will end their show with a flamboyant finale where the casts will dress in fancy sequins and feathers costumes. Watch their shows at Takarazuka Grand Theater, Hyogo and Tokyo Takarazuka Theater.