Sugamo: A Shopping Street for the Senior Citizens

Best of Akita Prefecture in 2 days – Sample Itinerary No ratings yet.

A Day Trip to Spa Resort Hawaiians No ratings yet. 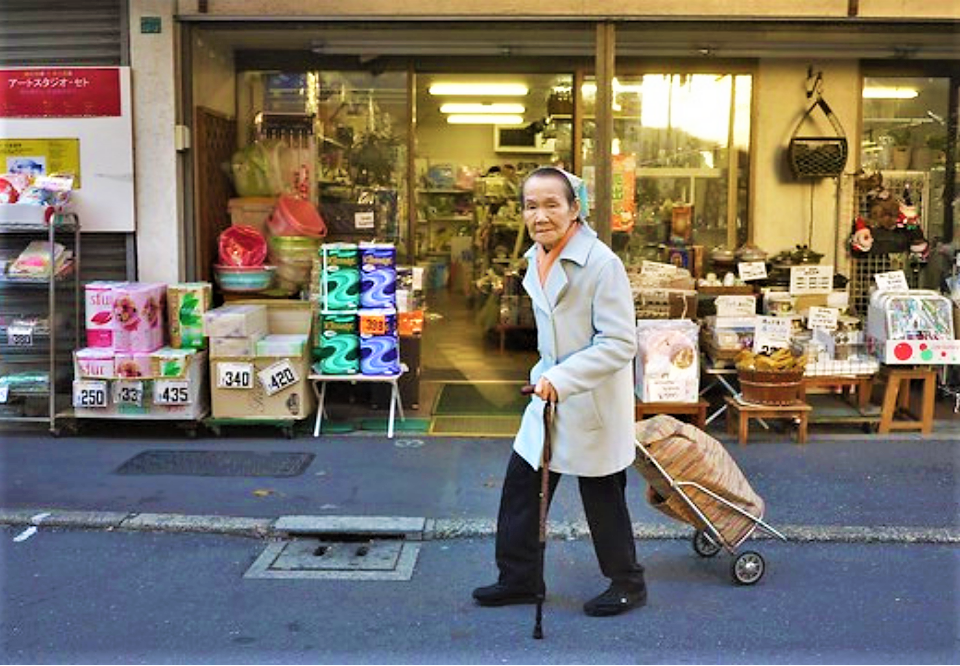 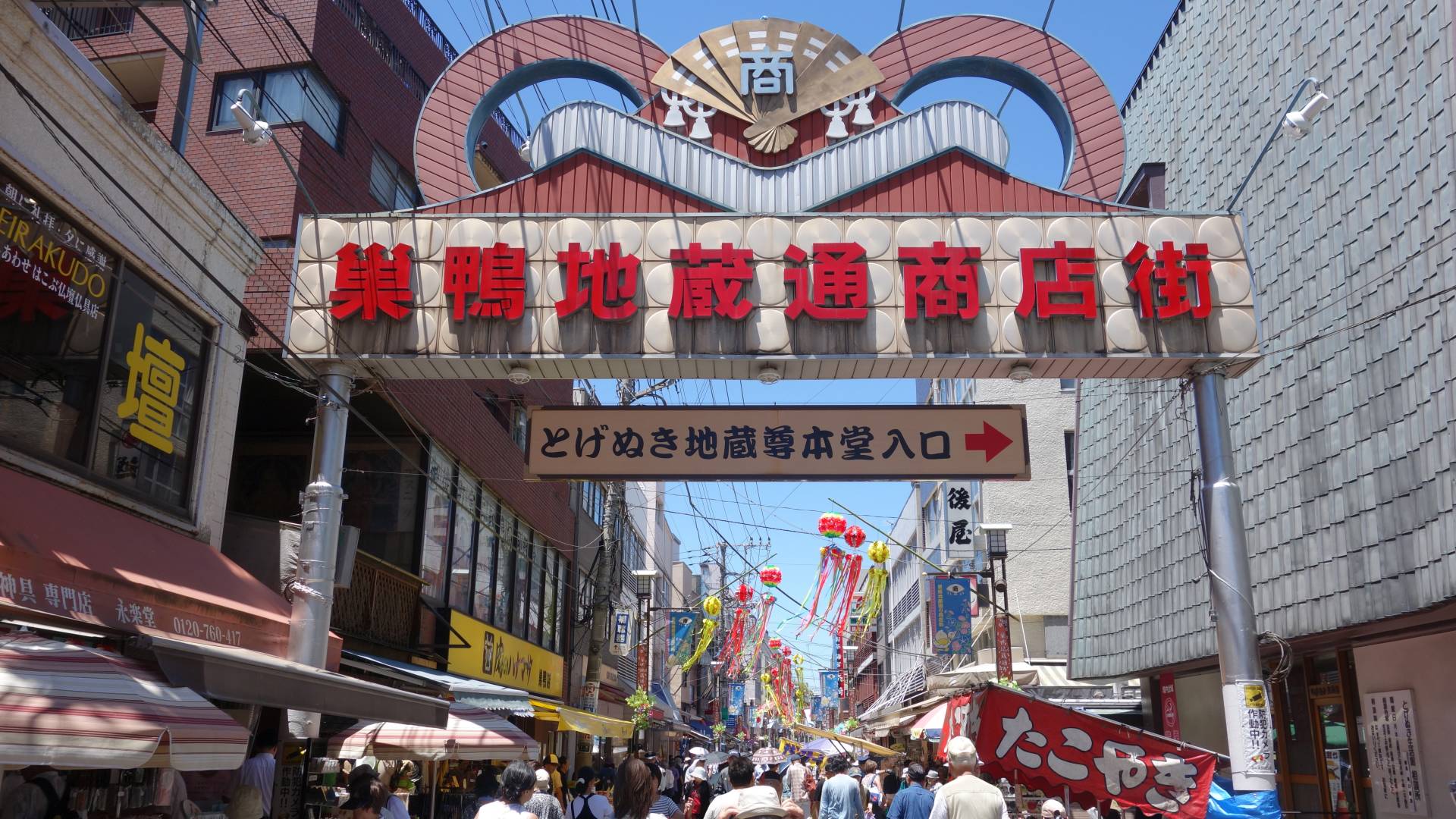 Shopping heavens for the otaku and hipsters are mainly located in Harajuku, Ame-mura and Ginza. Have you ever wondered where the elderly go shopping? No, not the morning market, but in Sugamo, Tokyo. Interesting fact, Sugamo means ‘duck’s nest’.

Sugamo is constantly named as the ‘Harajuku for Old Women’ because all you see along the 800 meters shopping street is just elderly. If you encountered any youngsters there, they are probably as curious as you are. There are about 200 shops plus restaurants lining along the street and the majority of the shop owners only targeted this group. 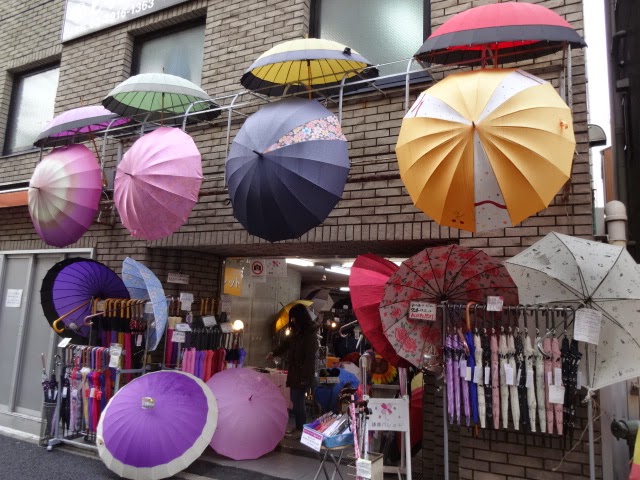 One of the shops in Sugamo selling attractive umbrellas. Image Source: A Tokyo Lifestyle. 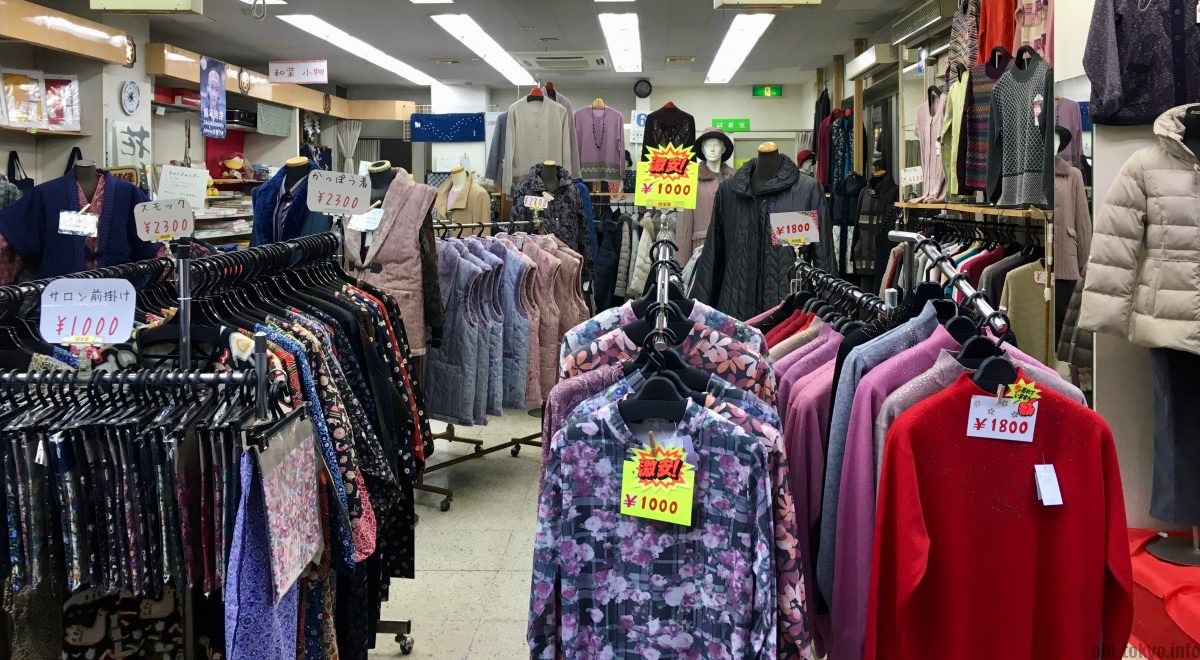 Considering Sugamo is a shopping area for the elderly, the shop owners have placed several chairs in front of their shop so that they can easily rest after a long walk. In contrary to the hectic shopping district of Harajuku, Sugamo’s ambience is much more sedated with mellow classical tunes playing in the background.

Most of the shops you see here are restaurants, antiquities and sundry items which are suitable for the elders. If you are looking for a hipster café or trendy outfits, this is probably not your area.

What Can You Do Here?

Since you are in Sugamo, what else you need to do besides shopping? These are the list of what every first-timer should do as they stepped into Sugamo.

Along the paved street, you can shop for unique foods that are very hard to find elsewhere in Japan. The first food you should try is Shio Daifuku. Surprisingly, Sugamo is the birthplace of Shio Daifuku and the best place to purchase it is at a shop called Mizuno. Shio Daifuku is a pounded sweet rice cake filled with red bean paste and a pinch of salt to make it moist and unsweetened. Mizuno is easy to spot on as you need to look for a red, blue and white striped awning. 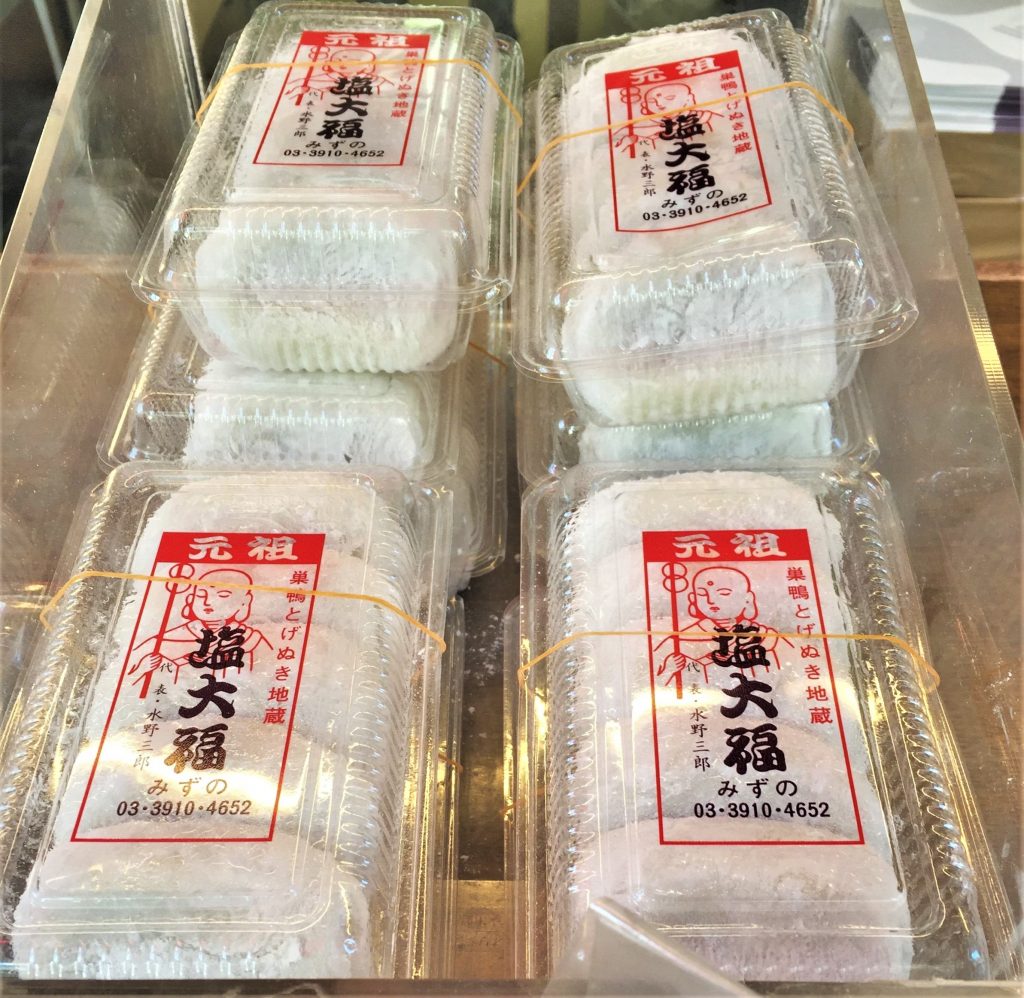 Other than Shio Daifuku, head to Sugamo Kintarou, a paradise for candy junkies. Majority of the sweets here are handmade, plus, its popular treasure is the Kintaro Ame candy. Kintaro is a Japanese folklore child superhero who was born with a superpower. His face is stamped on each Kintaro Ame candy and is favourable among the visitors here. 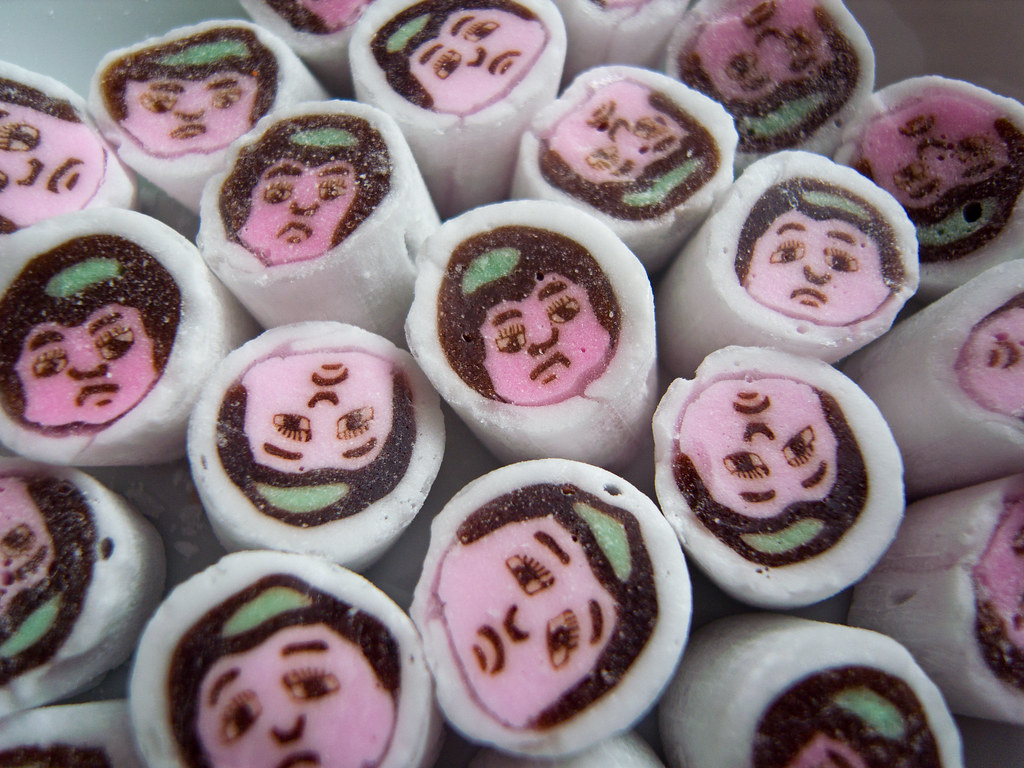 Besides food, one of the top-rated stores in Sugamo is Maruji. Maruji is an undergarment store which is definitely a must-visit. The whole store is filled with blood-red undergarments. Why undergarments? Actually, it is common for the Japanese to give any red clothing to those who have just turned 60 years of age. The age 60 is frequently regarded as an opportunity to start their life over again, similar to a newborn. Why red? Well, it is because red symbolizes prosperity and fortune in Japanese beliefs.

Maruji self-acclaimed themselves as ‘Japan’s best red underwear’ and there’s no way we could ever argue with that. Aside from undergarments, the shop also sells shirts, socks, nightwear and more. 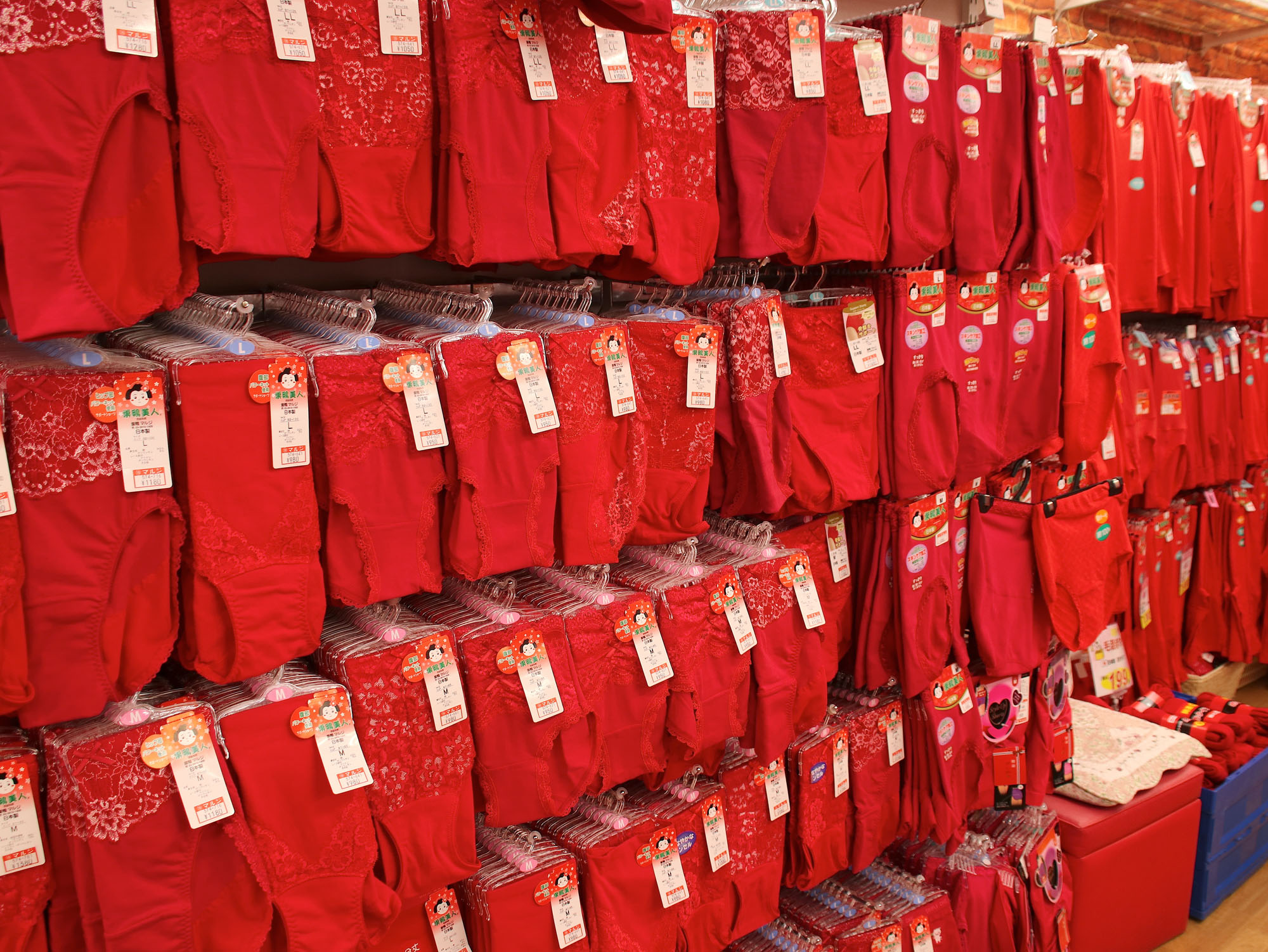 Your trip isn’t perfect without swinging by to the Koganji Temple. Another strong reason why everyone should visit Sugamo is because of this temple. Koganji is home to Arai Kannon (a washing deity) for its miraculous healing wonder.

Before you start the ritual, you need to buy a small cloth from the temple which cost 100 yen. Then, rinse the statue with water. By using the cloth, wipe the statue and place the cloth on any parts of your body that needs healing. It will help to reduce your pain, somehow. Since this temple is famous among the elder visitors, expect a long queue at noon. 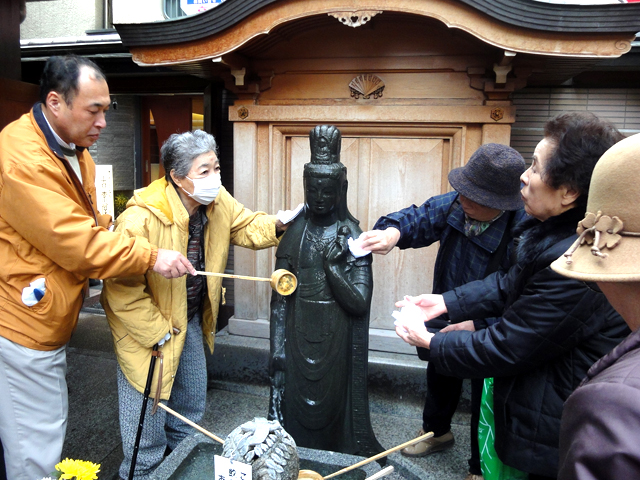 The elders doing the ritual. Image Source: The Way of Words.

Every month on 4th, 14th and 24th, small festivals will be held around the temple for its worshippers. There will be a long line of street vendors selling food and miscellaneous stuff. This is the only time where you will see a lively atmosphere inside Sugamo. We think that it is best if you go to Sugamo during these dates so you could experience both festival and shopping street.

Like any other places, Sugamo also has its own mascot to represent the shopping street. Therefore, the symbol of Sugamo is named as Sugamon (duck). As you wander around Sugamo, you will spot Sugamon by the mailbox, Sugamon as stuffed toys, as an omamuri (a lucky charm) and Sugamon printed on clothes as well as on the undergarments. 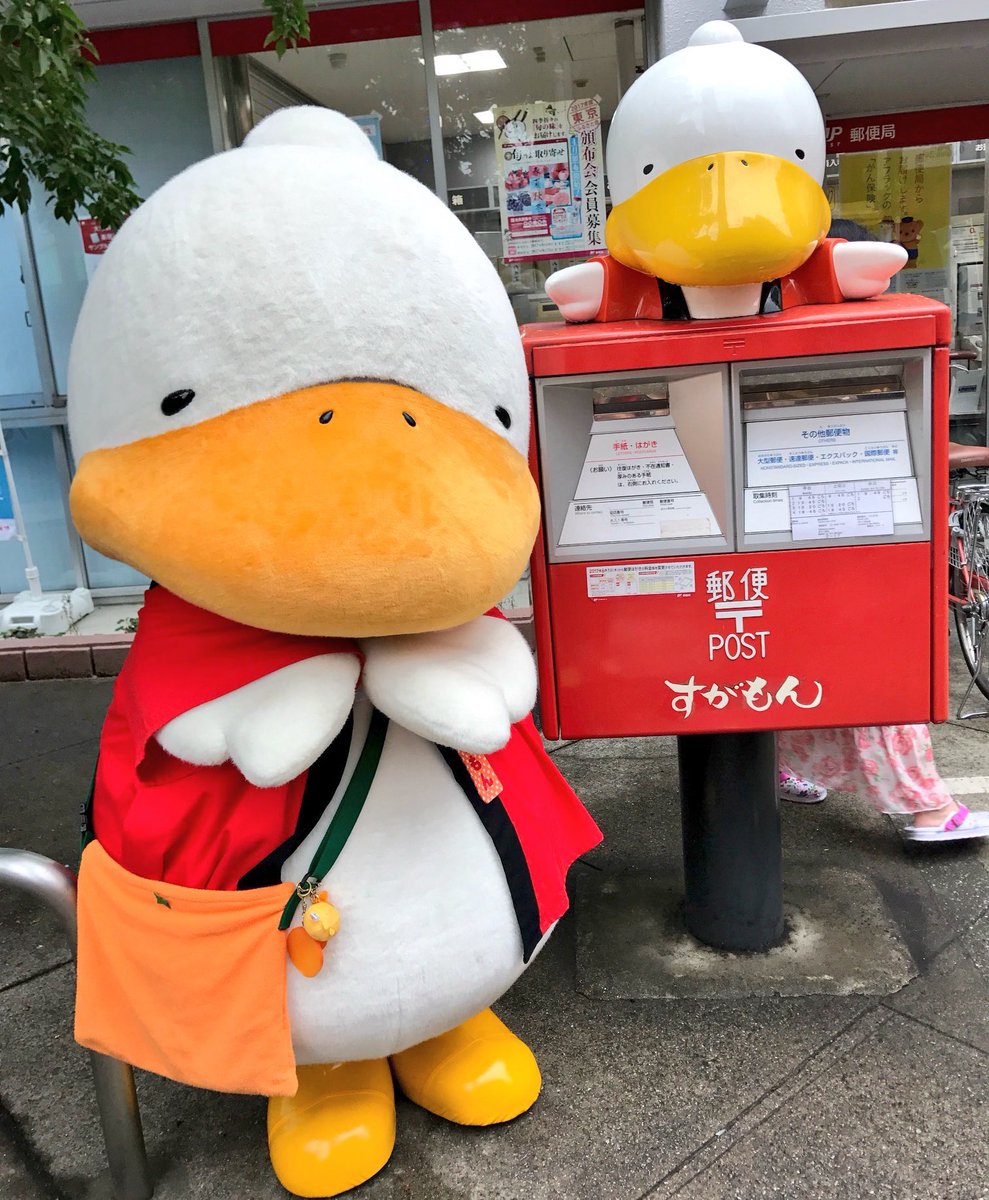 Look out for a giant Sugamon butt placed inside a small wooden house. You are encouraged to touch its butt. It is believed that if you touch the butt, you will get married soon. It is definitely worth a shot if you are still unmarried. 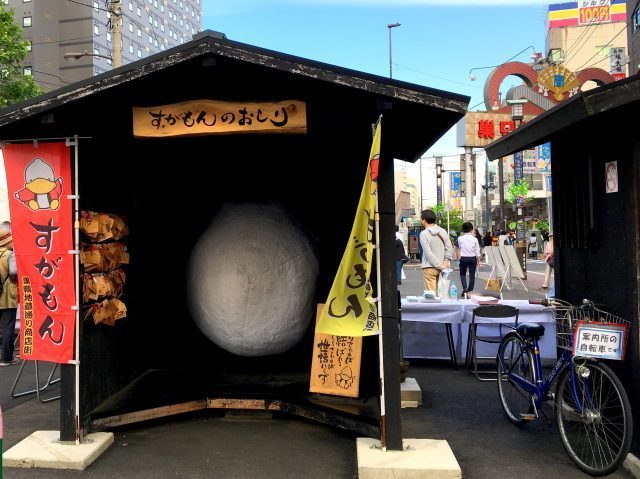 If you would like to pay a visit to one of the world’s renowned manga artist, Osamu Tezuka, (God of Manga), walk towards Somei Cemetery. It is only 6 minutes of walking distance from Sugamo shopping street. Apart from Osamu Tezuka, Japan’s famous poet, Kōtarō Takamura was also buried here.

In conclusion, Sugamo is an ideal place to bring the elders for out and about. Not only it is less crowded, but also, the environment is a lot friendlier than the busy streets of Tokyo which might be quite baffling for the elders. Moreover, most stores here open every day and operates from 10:00 AM until 6:00 PM. It is very easy to access for both tourists and elders as the train station is situated only a few meters away from the main entrance. 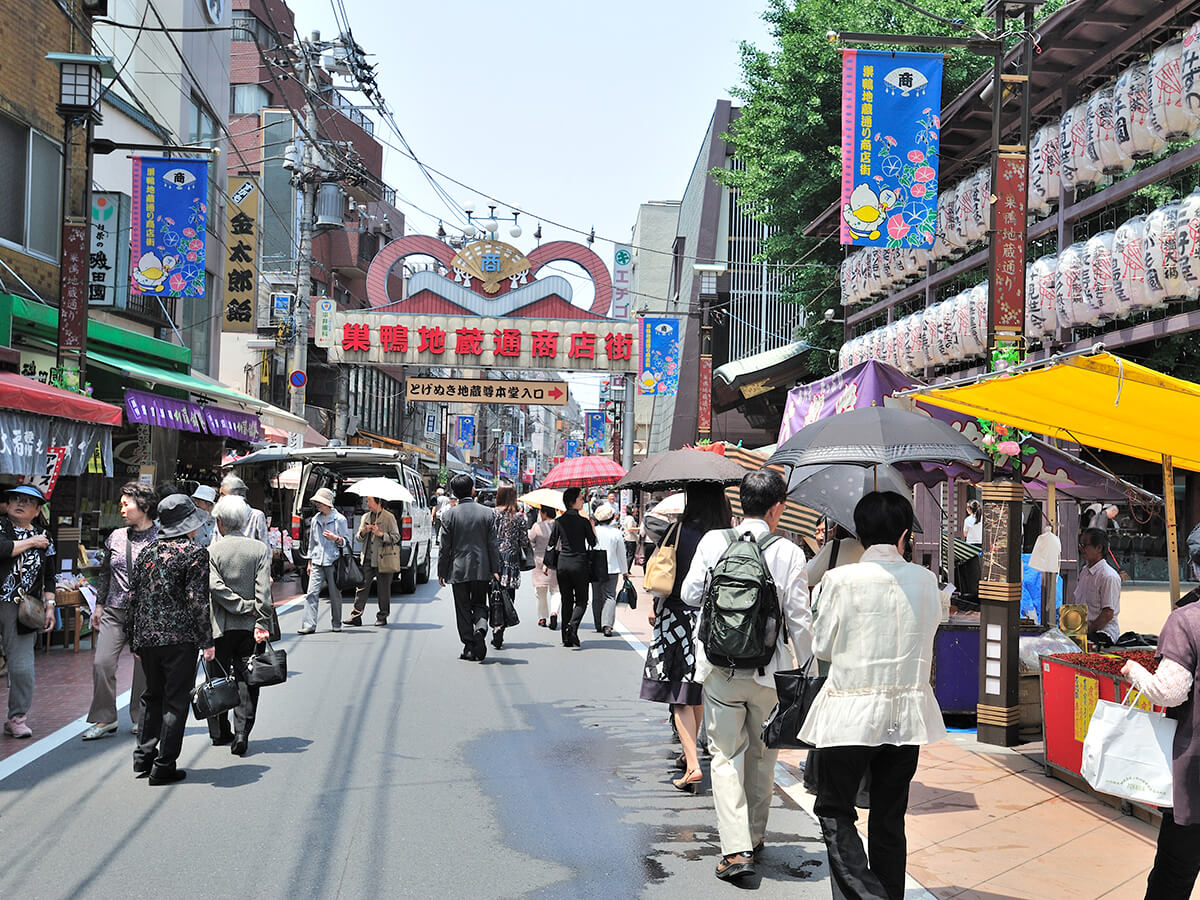