Step into the world of Toyota automobiles in Nagoya

Tips for visiting Tokyo Disneyland and DisneySea No ratings yet.

10 Reasons to Visit Kagawa Besides Sanuki Udon No ratings yet. 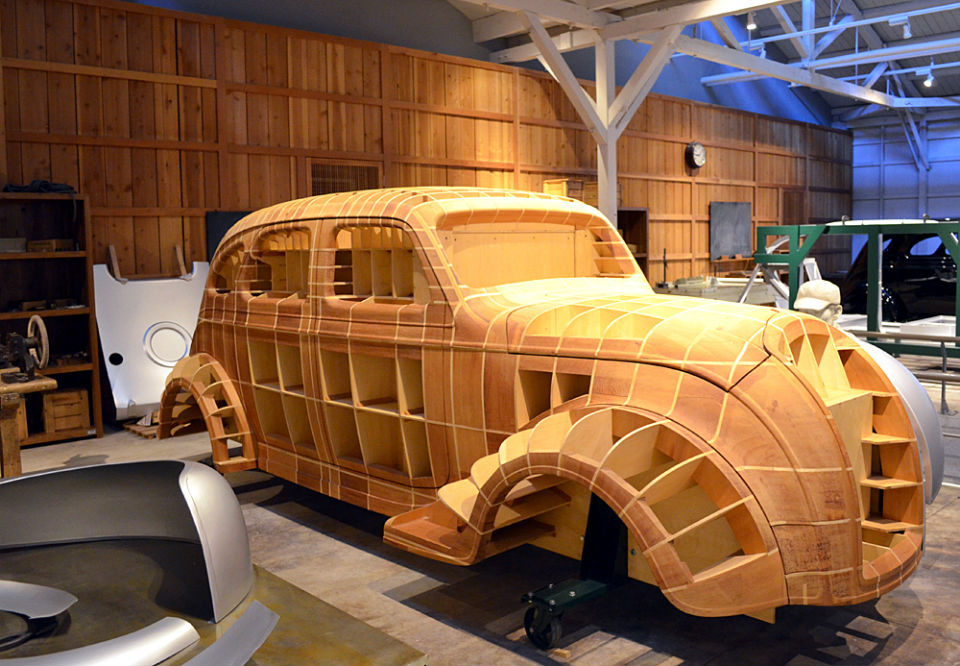 Step into the world of Toyota automobiles in Nagoya
No ratings yet.
Tags: aichi • chubu • museum •

Expect to see a totally different side of Japan as compared to city lifestyles of Osaka or Tokyo when you head towards Nagoya in the Chubu region. The city was proclaimed in 1889, and later became the main industrial hub of Japan.

Among world renown automobile brands like Mitsubishi, NGK, Brother and Denso (to name a few), one of the most famous ones that stand out is Toyota. Most people would know Toyota as a car manufacturer, but when you visit the Toyota Museum, a whole new world will open up to you 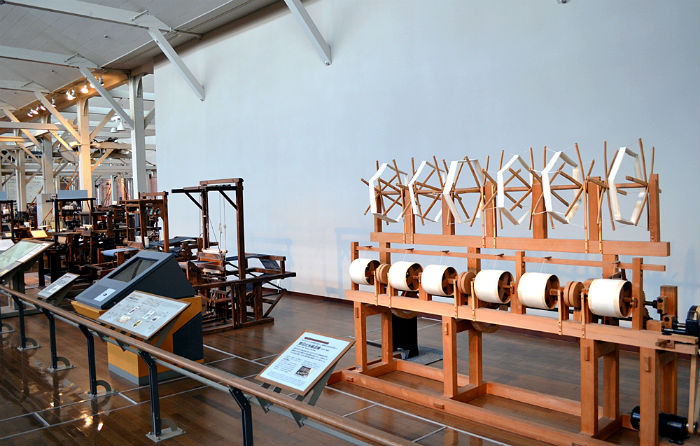 The museum in honour of Sakichi Toyoda (1867-1930) commemorates the journey of the brand Toyoda or Toyota from 1911 to this very day. Unknown to many, Toyota was originally started as a heavy machinery manufacturer instead of cars. Toyoda originally made automatic cotton weaving mill and loom machines for the fabric industry. 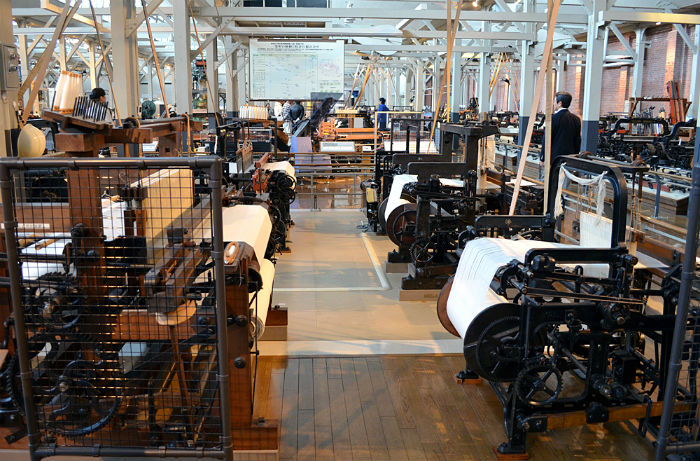 Some of the Toyoda loom machinery on display at the museum. 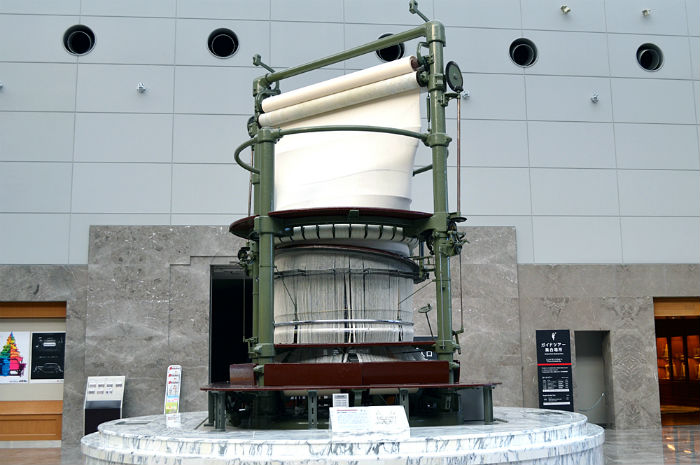 A giant fabric loom machine at the museum. 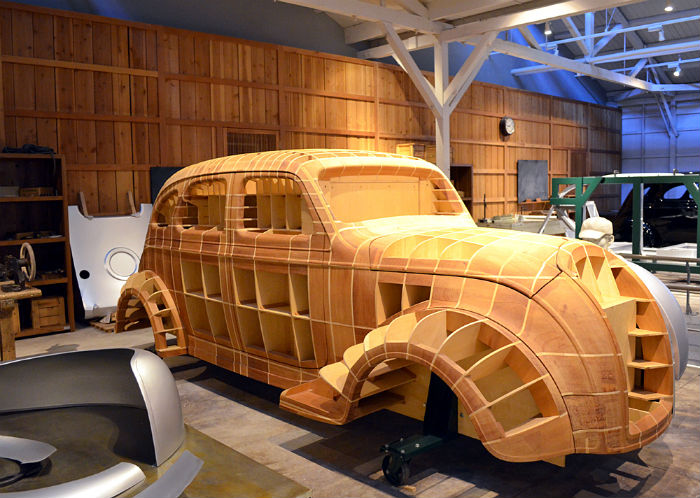 The skeleton of the Toyota Model AA. 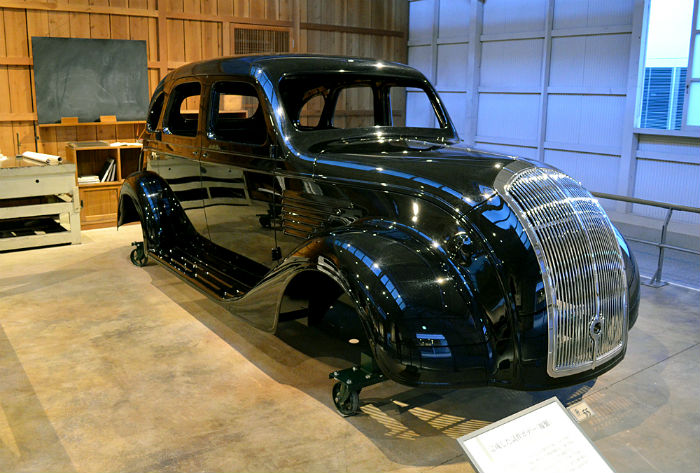 A semi-completed Model AA on display.

In the same year of 1936, a contest was opened to the public for a new brand name and it was then when the brand Toyota was born, from the original name of Toyoda. In 1937, Toyota Motors was formed and became one of the most powerful automobile brands in the world today. 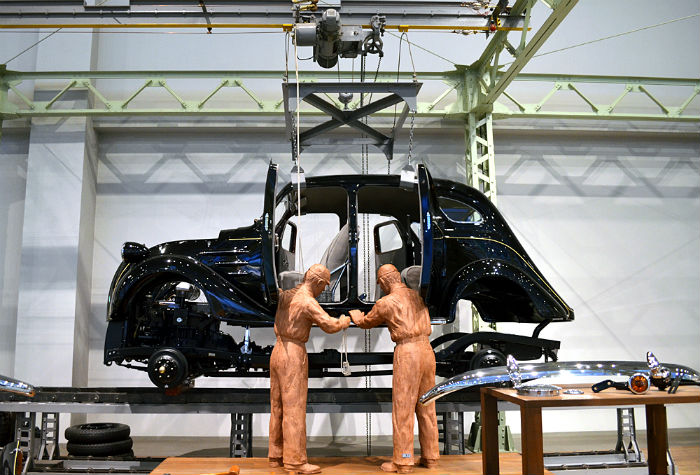 While the museum focuses on the beginnings of the company, you will see more of the machinery and technology back then. Specialized guides will take visitors on a tour of the museum, from the beginning to the end. 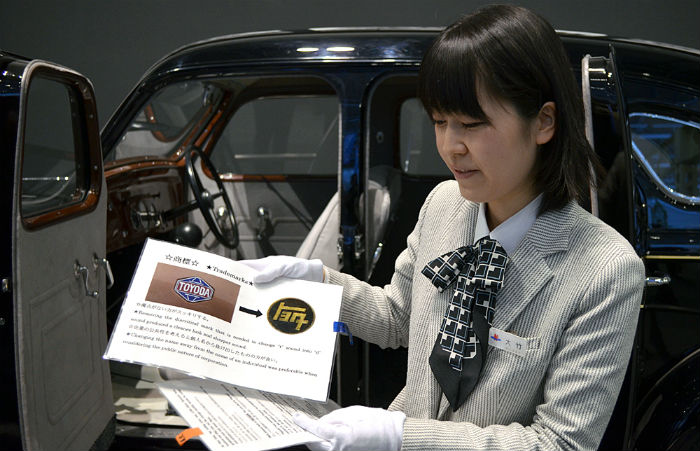 A museum guide showing the transformation of the Toyoda to Toyota logo.

Museum guides here speak very basic English so you can inform them if you do not understand Japanese so that they can arrange a foreigner group for you. Otherwise, you may end up in a Japanese group.

Each of the items on display has an English translation. Some of the displays in the museum have live demonstrations on how things work. It is one of the fun factors here, so pay close attention. 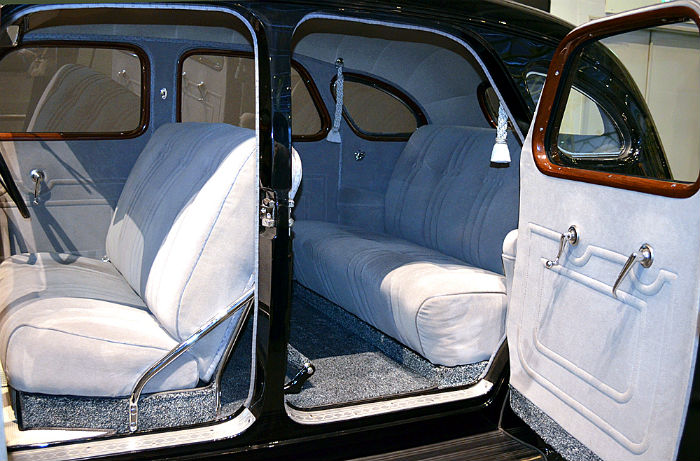 A view inside the first Toyoda Model AA car produced.

After touring the machinery section, you will be led into the automobile section, which is when Toyoda first made their automobile engines, followed by trucks, and then cars. You will see replicas of the first Toyoda Model AA car being built in stages.

Some of the sections show the various types of automobile engines developed over the years and the final section takes you through the robotics section on how Toyota cars are made today. 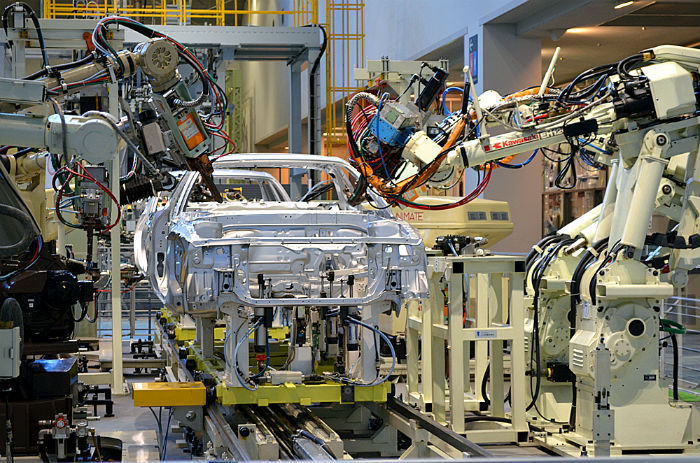 The live robotics section of the museum. 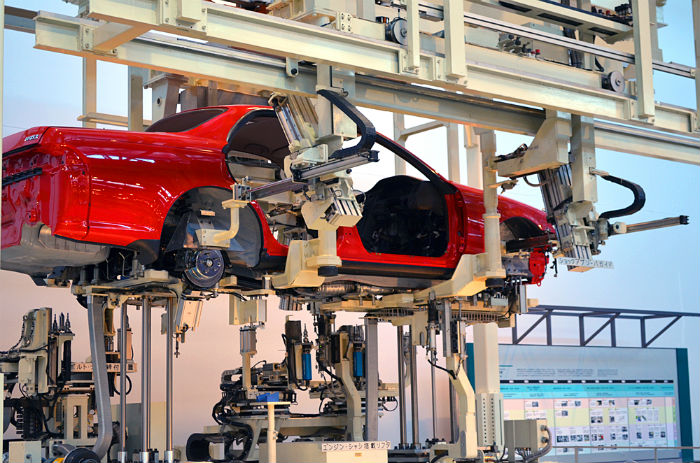 The robotics section is really cool as all the displays are working. It’s not one of those boring static museums. Here, a majority of the displays are all actual working machinery and live demonstrations.

At the modern-day robotics plant section, the robotic arms are seen putting car parts together, which is rarely seen by most normal people. If you are an automobile fan, this is not to be missed. 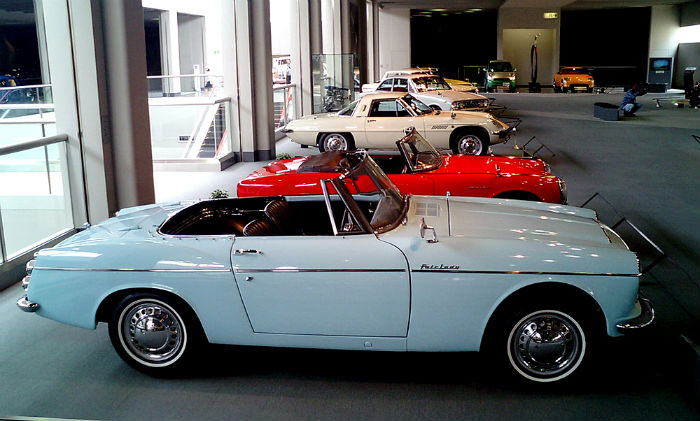 Some of the different models of the Toyota cars over the years.
Image Credit Miki Yoshihito on Flickr / CC BY 2.0

One of the best parts of the museum is the technological development section where you can see the first Toyoda car progress through the decades with other Toyota cars. A line up of various Toyota cars can be seen to this very day. Truly a dream come true for any Japanese car fan and yes, you can take photographs inside the museum. 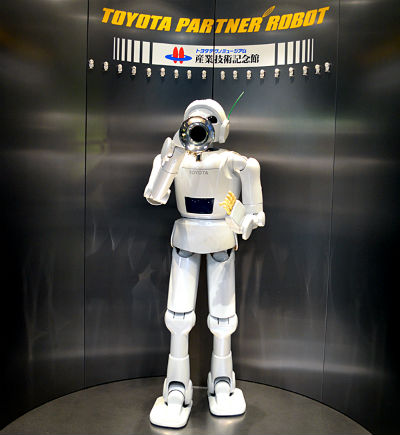 A Toyota Robot in the museum.

Toyota has branched out into so many different businesses over the last century and today, Toyota has a collaboration with another company to come out with the Toyota Robot. This unique robot can be seen at the end section of the museum and is part of the future program of the Toyota Group.

For those planning to spend some time here, there is a museum restaurant called ‘Aview’ which serves Japanese and Western cuisine. This restaurant is located in the main building and on the first floor.

If you love coffee and cafes, there is also a Cars & Book Cafe located on the Annex floor of the museum. This cafe serves their own special brew of coffee while visitors sit and flip through a selection of the museum’s automobile books.

Any automobile fan will most definitely make a stop here as you can buy some of the unique and collectible items from the Toyota museum. Apart from the general standard souvenirs like key chains, pens, books and other commercial items, they have special collectible Toyota scale car models.

For the Toyota 2000GT fans, they had a special limited-edition collector’s set of two Toyota 2000GT cars which was sold out the minute it was launched. 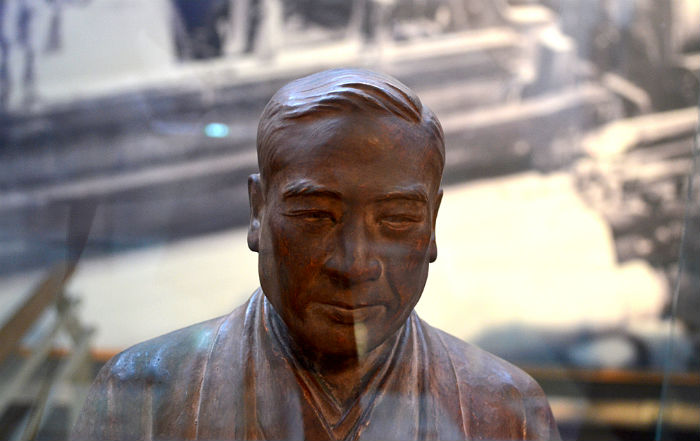 For Muslims visiting this museum, there is no mosque or dedicated prayer room available in the museum. You may ask the staff working here if there is a special private area or room which you can use for your prayers.

The nearest mosque (Toyota Mosque or Masjid Hasanath) is located about 20 minutes’ drive away.

Directions to the Toyota Automobile Museum

If you plan to take a taxi or private car service, the museum is located about 35 minutes’ drive from the main Nagoya Station. There are also tours available from selected travel agents in Nagoya.

If you want to visit on your own, the best and cheapest way to get here is via public transport. However, this includes taking a train and bus to get here. The directions are as follows;

Do prepare to spend at least two hours at this museum, and another two hours for travelling to and fro. In total, you will spend about four to five hours for this.

Last but not least, if you are an automobile or car fan, allocate an additional hour, so in total, you will spend up to six hours travelling and exploring the Toyota Automobile Museum.