Side Trip from Nikko: Utsunomiya, the Capital of Tochigi Prefecture

Exploring the Mie Prefecture in Japan (Part 2) No ratings yet. 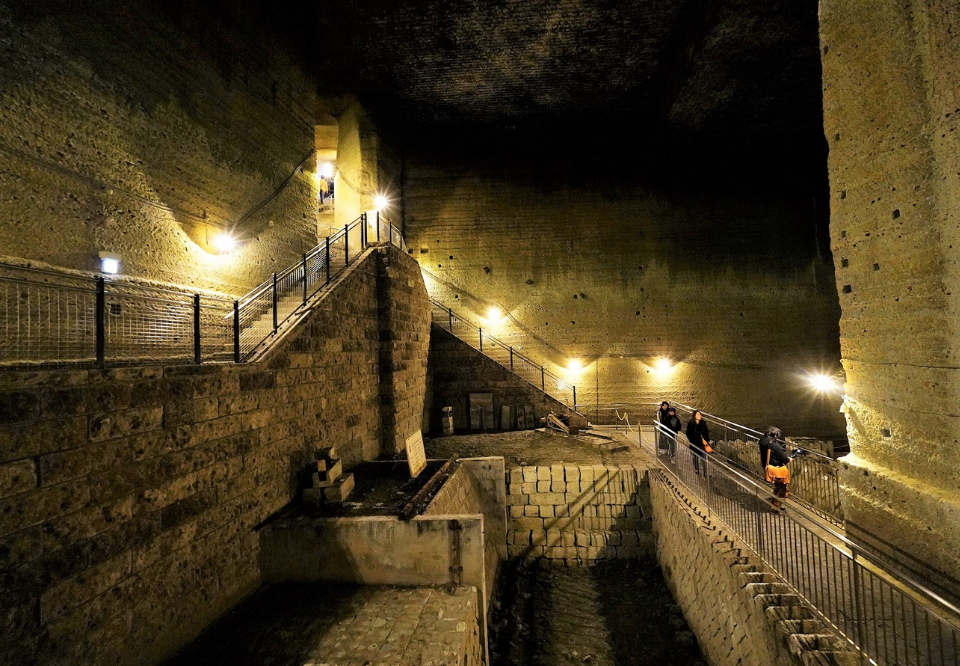 Speaking of Tochigi Prefecture, many of us will instantly think of Nikko, a UNESCO World Heritage Site with sights like Nikko Toshogu, Futarasan Shrine and Lake Chuzenji. But did you know that there is much more to Tochigi than Nikko? For starters, its capital Utsunomiya is also packed with interesting attractions and a wonderful trip from Nikko/Tokyo. In this article, let’s check out what are the popular things to see and do in Utsunomiya. 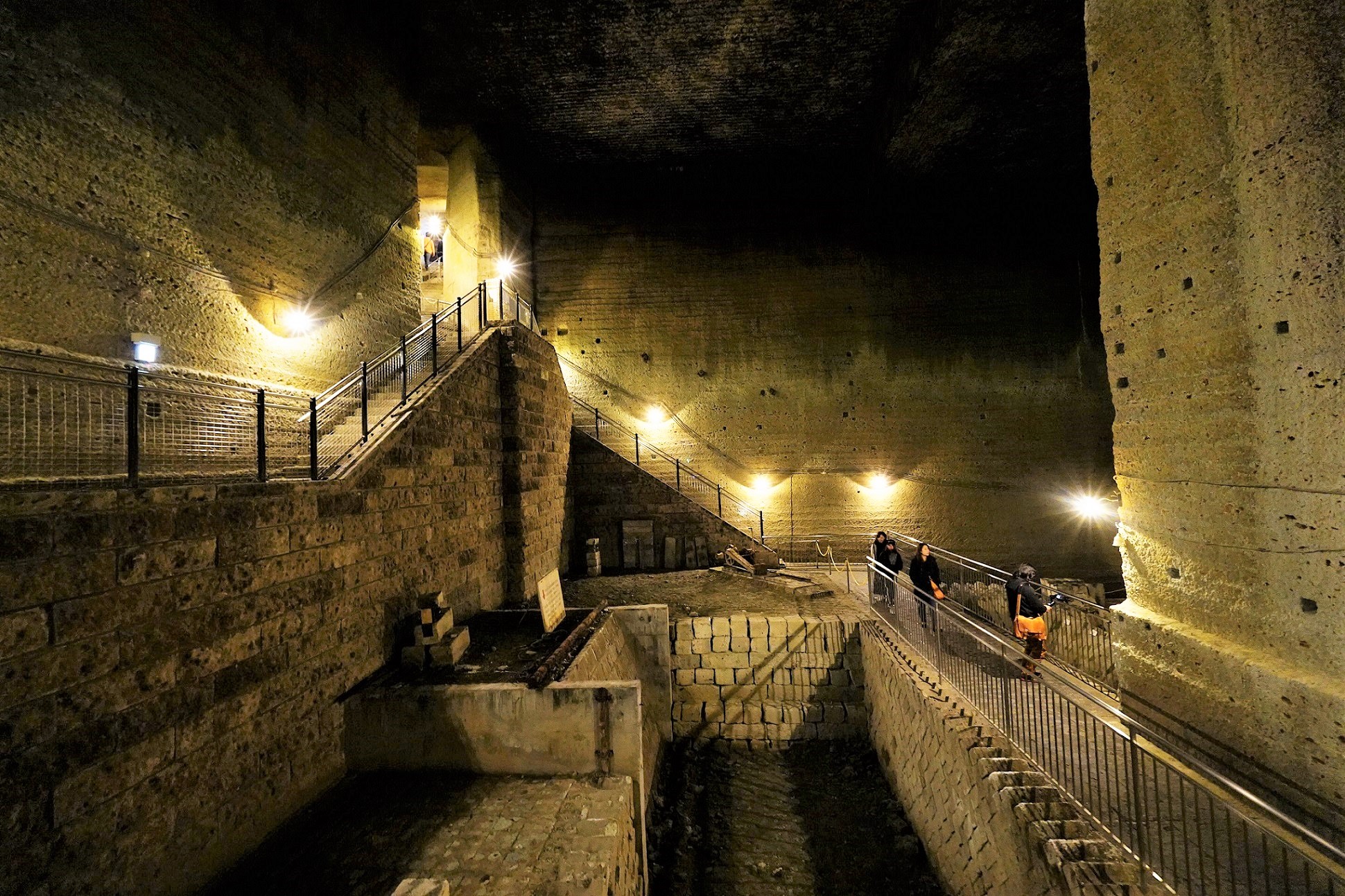 This museum, documenting the history and information related to Oya stone mining in the area, is one of the highlights of Utsunomiya. While it appears rather ordinary on the surface, the real draw is the massive quarry underground which makes you feel like you have entered an underground temple, or should I say a pyramid, or a dungeon you would see in games! 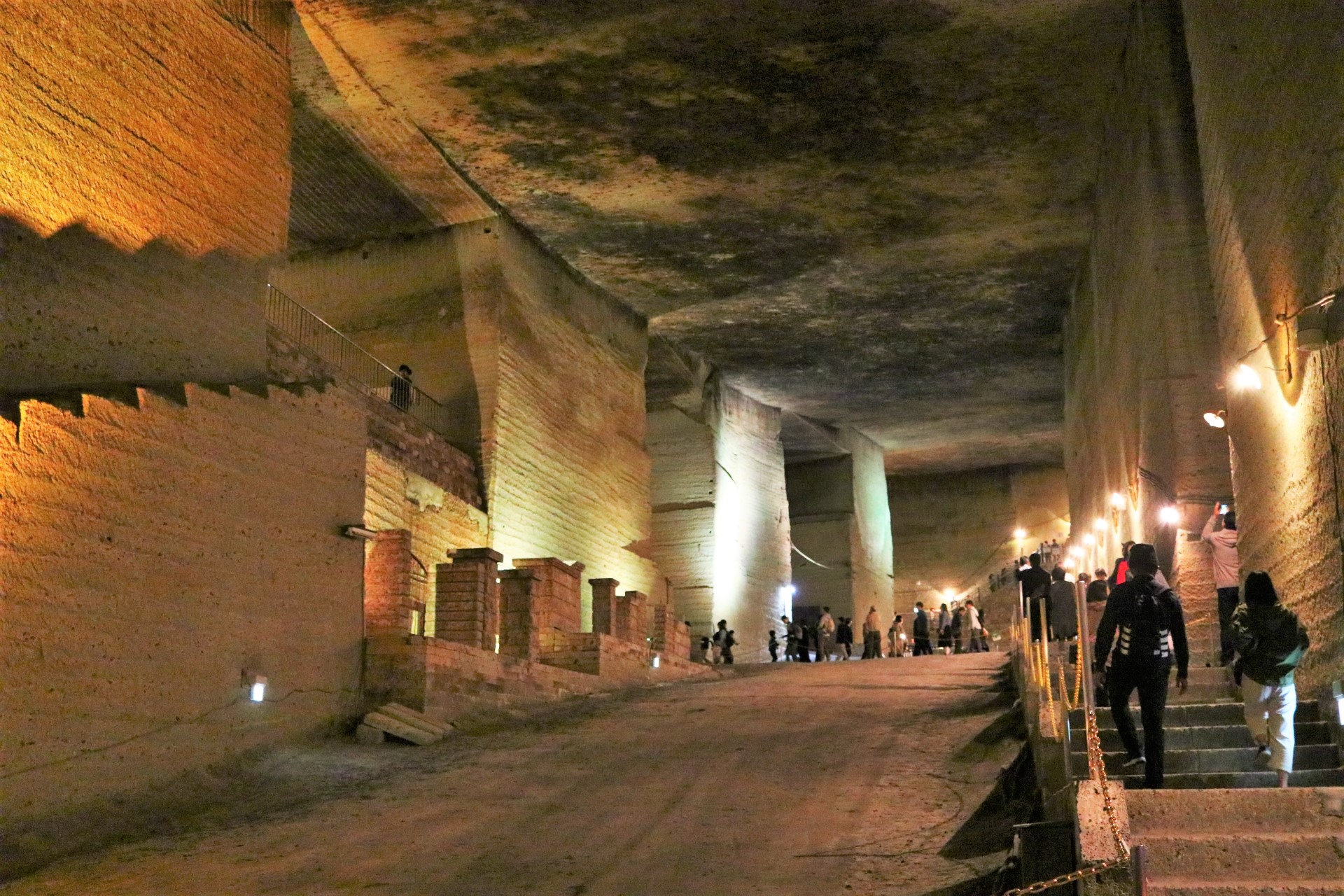 Oya stone is a type of igneous rock unique to the town of Oya, used traditionally as a building and paving material in Japan. This quarry covers over 20,000 square metres with the deepest point at 60m below ground. Many of the caverns have also been turned into event halls, illuminated with colourful lighting to enhance its surreal atmosphere. They are used for exhibitions, concerts, weddings and also as a filming location for commercials, movies etc.

Note the caverns maintain a temperature of about 10 degree Celsius year round, so dress warmly or bring a jacket along when visiting the museum. 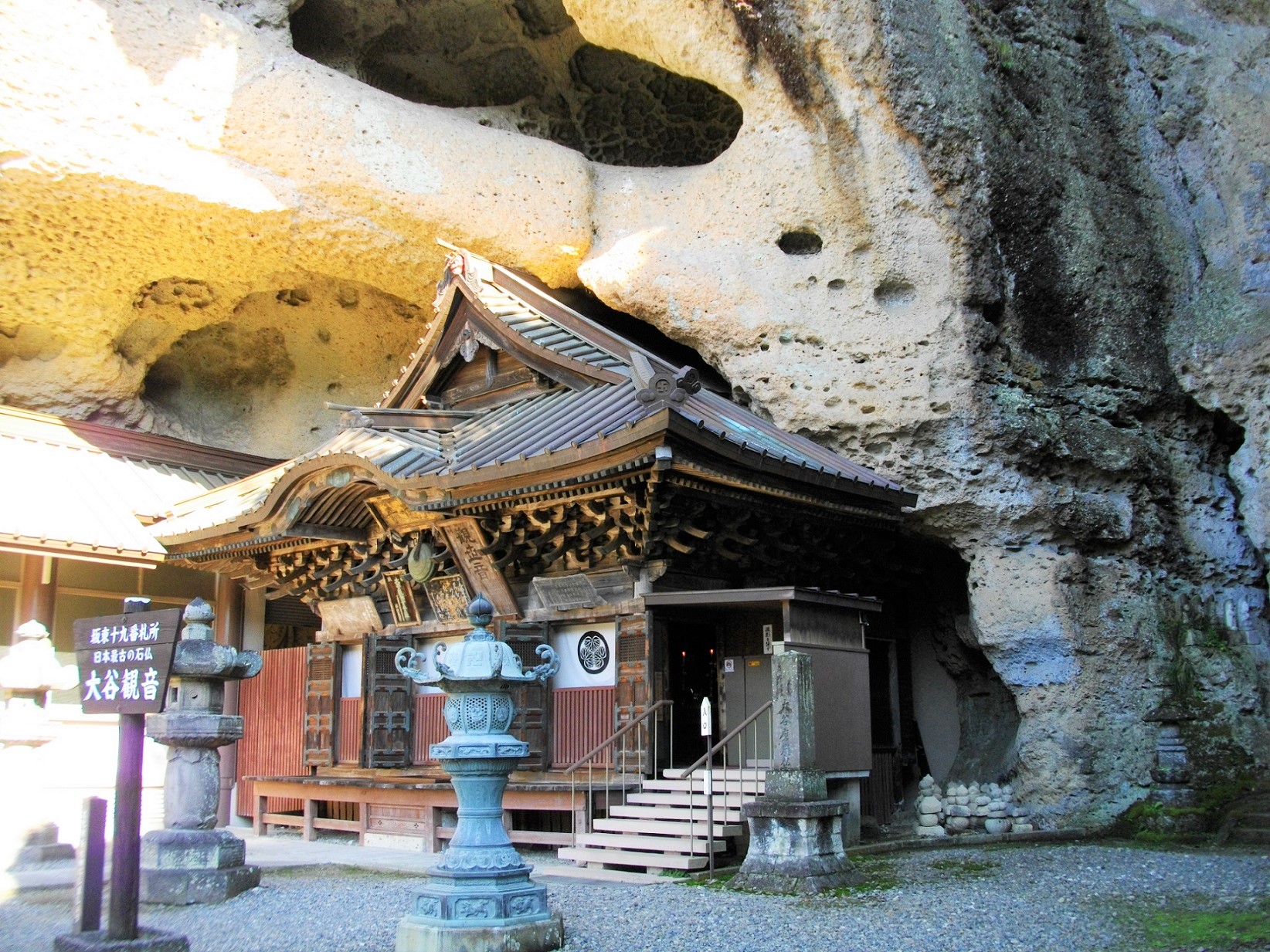 About 10 minutes’ walk from the museum is Oya-ji, an ancient temple that is built into a crevice of a rock cliff. The temple is believed to date from late Nara (710-794) to early Heian (794-1185) periods and is famous for its statue of Senju Kannon (thousand-armed Goddess of Mercy) that is carved into a cave wall. The Kannon is Japan’s oldest Buddhist stone statue and is protected as a National Important Cultural Property along with nine other carved images of Buddha. 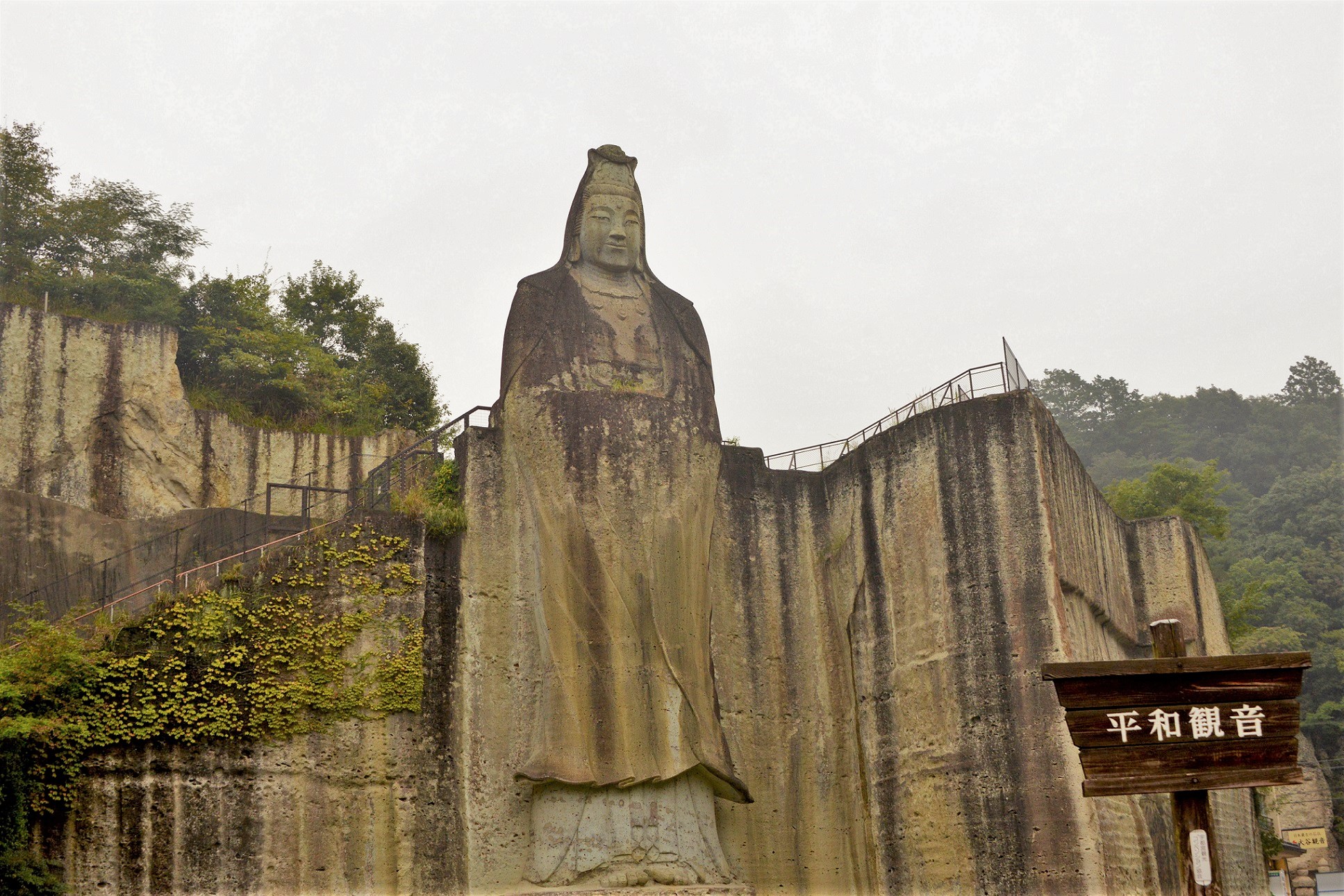 Within the temple grounds, you can also find a garden and a small museum displaying artefacts recovered from the nearby archaeological sites dating back to the Jomon period (10,500 – 400 BC). Across the street is the towering Heiwa Kannon statue hand-carved out of the Oya stone cliffs. Completed in 1954, the 27m statue was made in commemoration of those died in the WWll and to pray for world peace. There is an observatory on the top behind the head of the statue, from which visitors can get a nice view of the temple surroundings.

Access: Take a bus (Oya/Tateiwa bound) from Utsunomiya Station and get off at “Oya Kannon-mae” stop, walk for 2 minutes.

Attractions in the City Centre

Utsunomiya Futaarayama Jinja 宇都宮二荒山神社. Not only it is the tutelary shrine of Utsunomiya, but it is also considered the origin of the city because the city was developed around the shrine. Visitors have to climb a long set of stairs to reach the main buildings, but it is a nice serene place to enjoy a few peaceful moments. 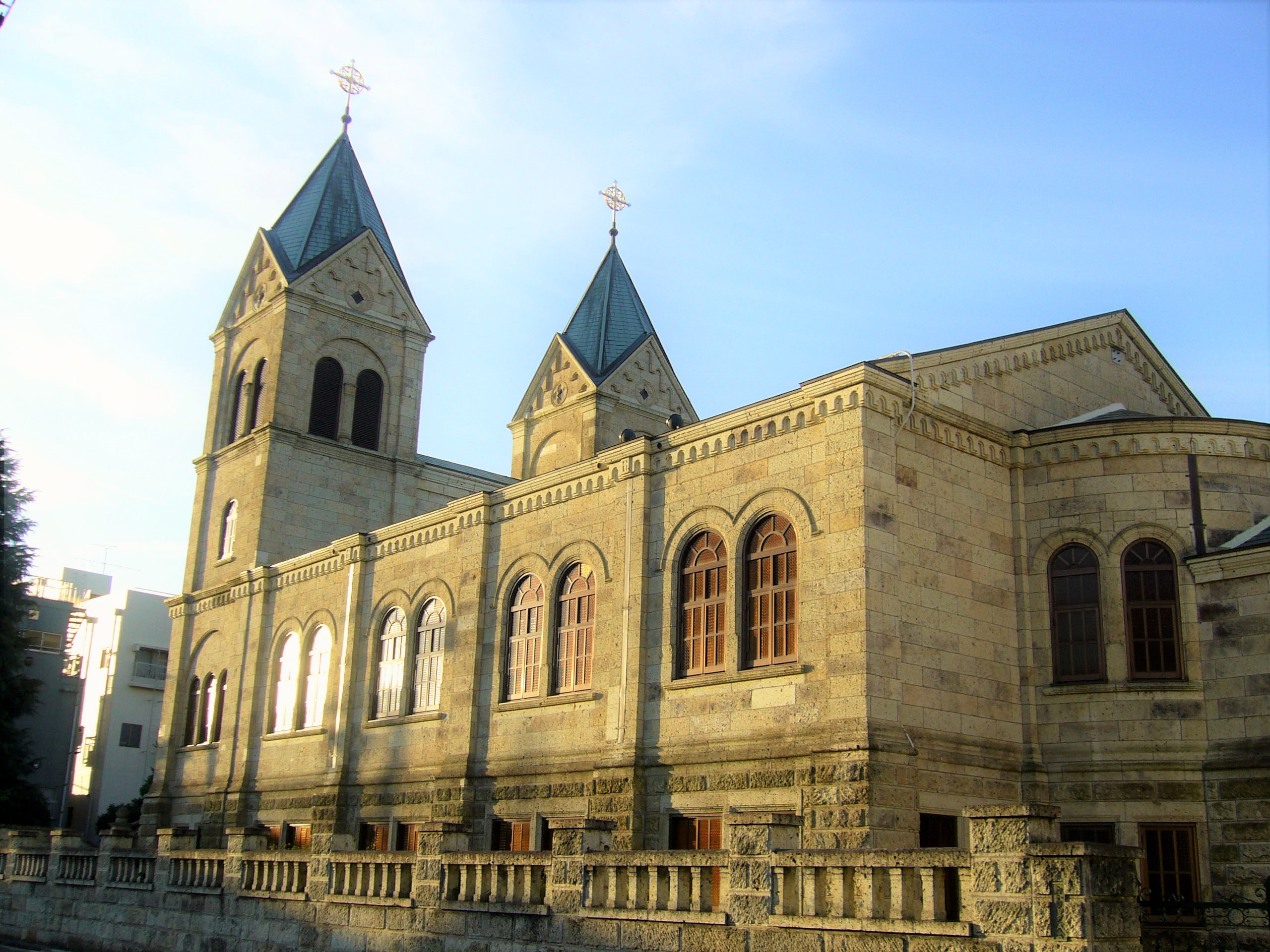 Matsugamine Catholic Church カトリック松が峰教会. Built in 1932, the Romanesque-style church is a good example of buildings constructed of Oya stones. Not just the exterior walls, visitors can enter and have a look at the interior which also features lavish use of the stones. 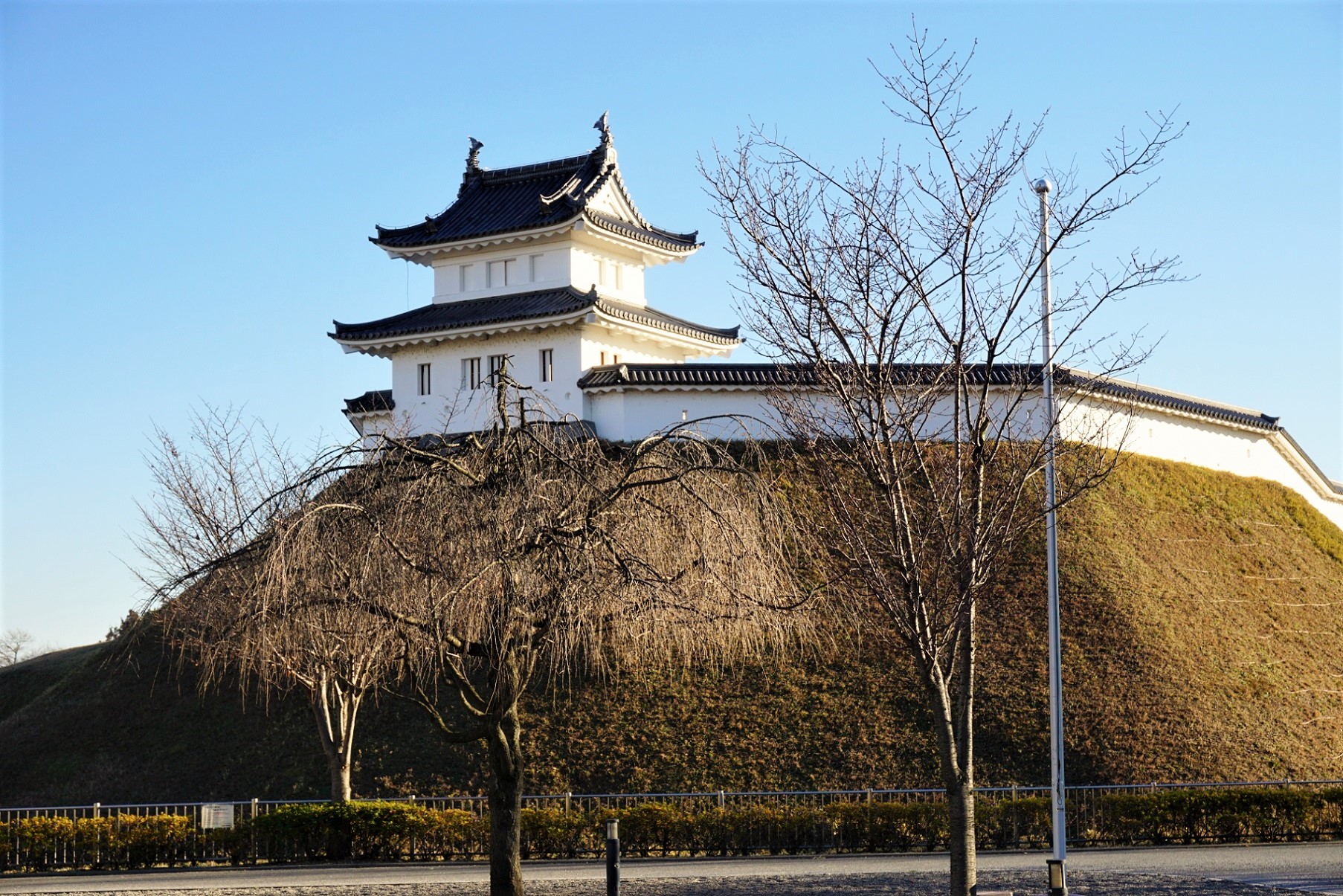 Utsunomiya Castle Ruins Park 宇都宮城址公園. The site where Utsunomiya Castle formerly stood before it was destroyed in 1868, it is now a public space where events are held and people come to enjoy leisure time. The spacious grounds also feature reconstructed moats, walls and turrets, inside which visitors can view exhibits about the castle’s history. 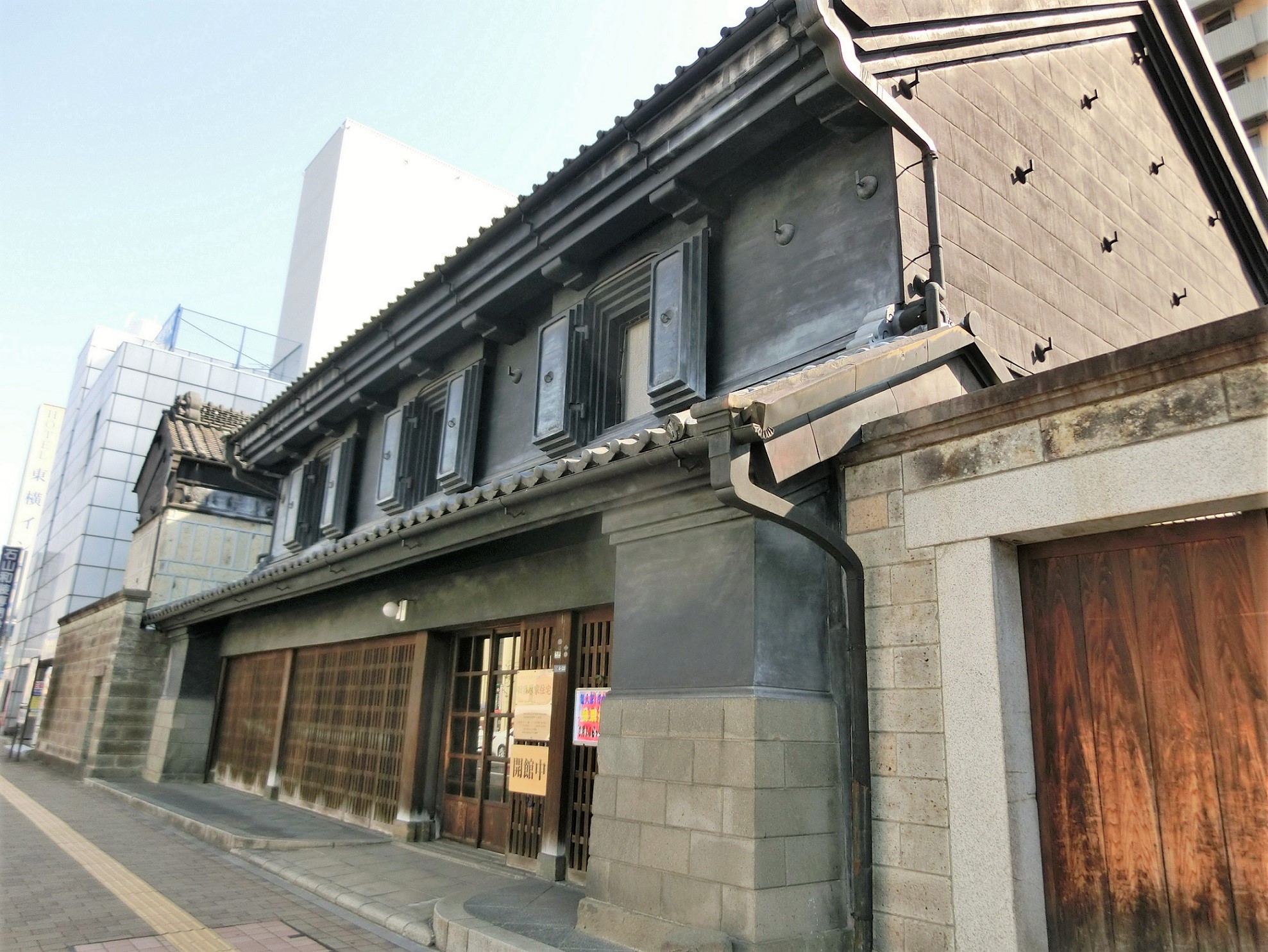 Old Shinohara House 旧篠原家住宅. One of the few historic buildings in the city that predates the WWll. Built in 1895, it was owned by a wealthy merchant family and was used as a business space as well as residence. The structure is well-preserved with some of the original furnishings still remain. Audio guides in foreign languages available. 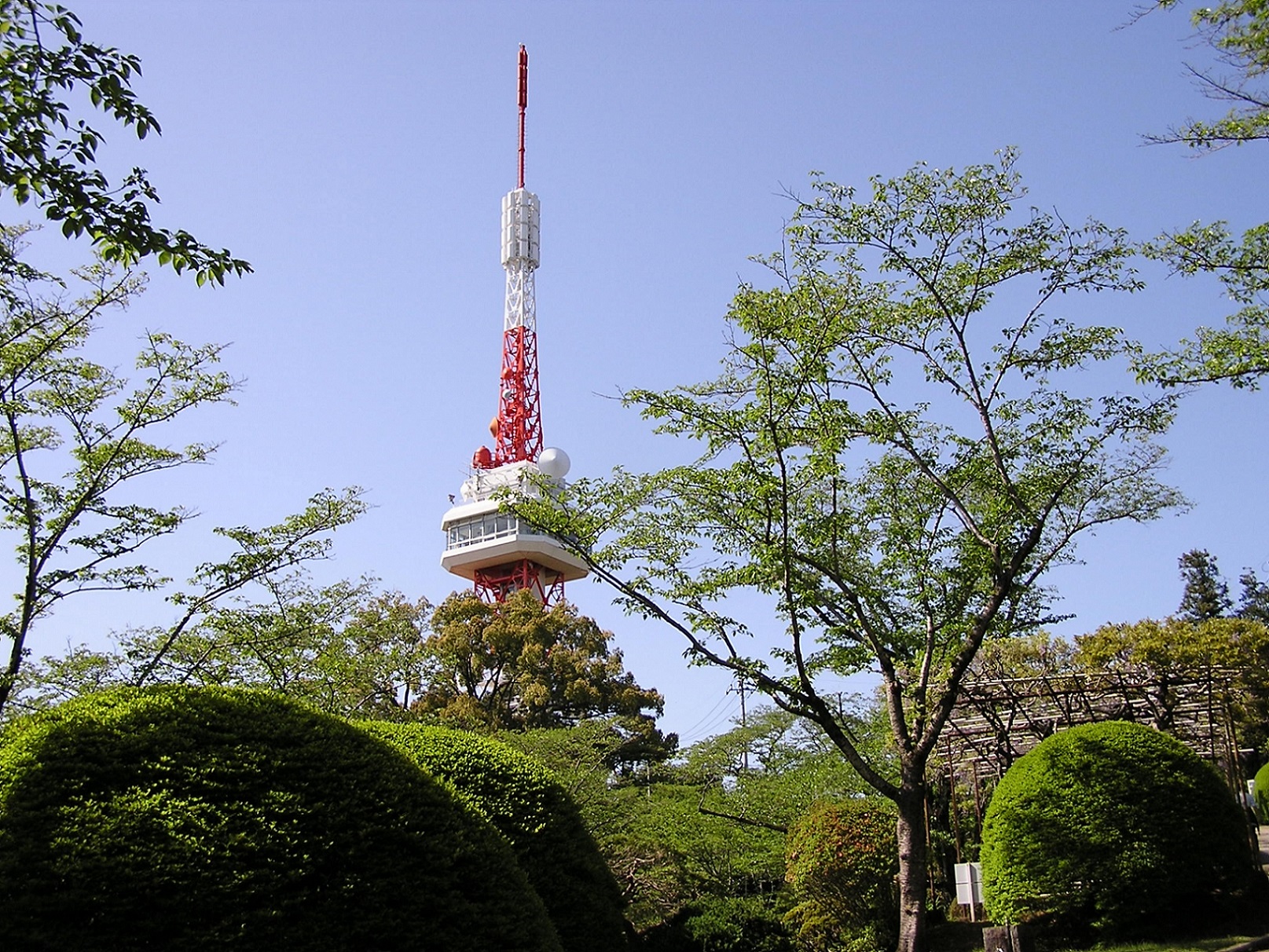 Hachimanyama Park 八幡山公園. Here, you can find Utsunomiya Tower whose observatory (admission: 190 yen) offers a panoramic view of the city. There are also Japanese-style garden, pond, a long suspension bridge, as well as facilities for kids such as slides, mini zoo and go-karts (140 yen/round). Planted with 800 cherry trees, the park is a popular hanami spot in spring. 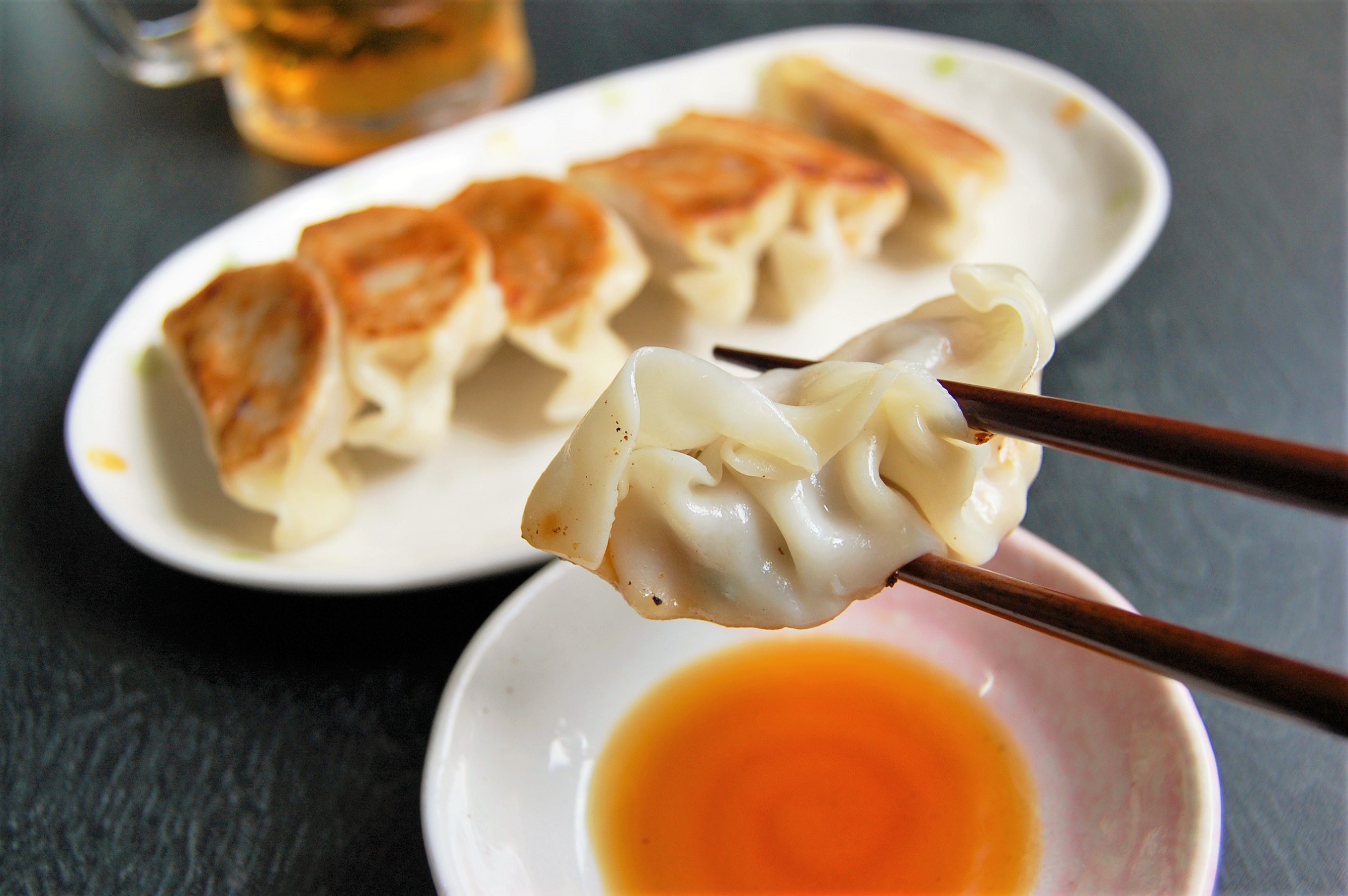 No visit to Utsunomiya is complete without trying the city’s famous gyoza. Known as the capital of gyoza, they even have a gyoza statue standing outside the west exit of JR Utsunomiya Station! With more than 200 gyoza specialty restaurants in the city, you will have no problem finding a place to savour the delicacy – boiled, pan-fried, deep fried etc.

You will also find different kinds of delectable sweets, which is natural for Tochigi as a major producer of strawberries and dairy products in Japan. Gelato is a big thing here, so does strawberry dorayaki. There is also Kanto Tochigi Lemon, Tochigi’s favourite milk drink which can be seen everywhere. 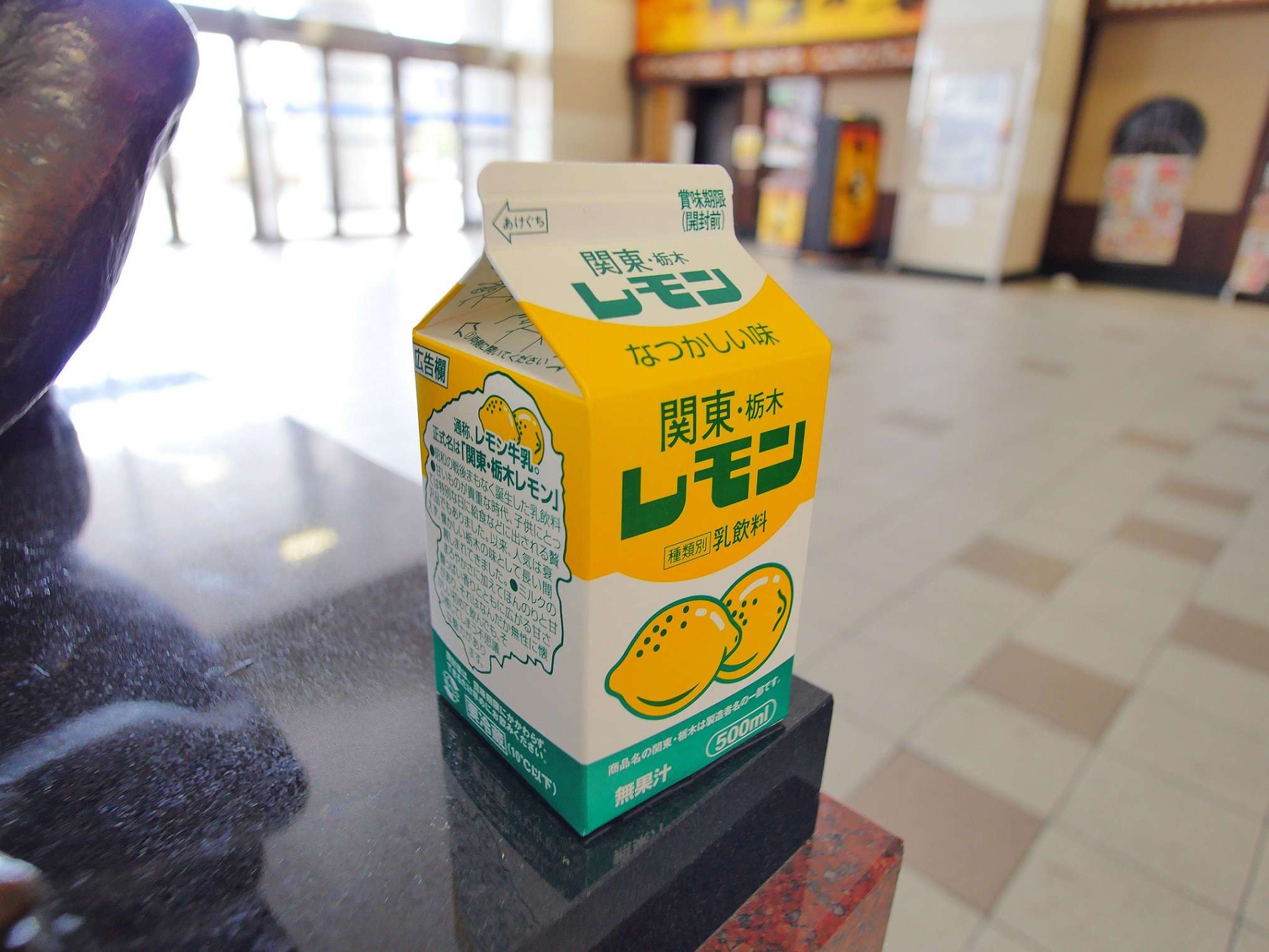 Utsunomiya also has many jazz bars and jazz-related events, partly due to it being the birthplace of Japanese jazz great Watanabe Sadao. There are many cocktail bars as well, serving not just popular concoctions but also ones made with local ingredients.

You can experience all these in Orion Street オリオン通り, a shopping arcade running eastward from Tobu Utsunomiya Station, lined with restaurants, bars, shops and boutiques. Do try the gelato from Miya Cafe 宮カフェ, a store which sells a variety of local produce and souvenirs. For shopping and dining, there are also many restaurants and omiyage stores inside the train stations, like those in the shopping mall PASEO in JR Utsunomiya Station.

Getting into and around

Once in the city, visitors can make use of One Day Oya Sightseeing Ticket which covers unlimited travel between Utsunomiya and Oya using the Kanto Bus service, as well as entrance to Oya History Museum and Oya Temple. The buses run between JR Utsunomiya Station and Tateiwa with a stop at Tobu Utsunomiya Station. Users can hop on and off along the route to visit other attractions. The pass is priced at 1,750 yen and can be purchased at Utsunomiya Tourist Information Centre in JR Utsunomiya Station.