Shimane, A Place Where History Begins with Mythology (Part 3)

Don’t have a travel guide? No problem! These 7 Apps will help you No ratings yet.

5 Must Visit Manga and Animation Museums in Japan No ratings yet. 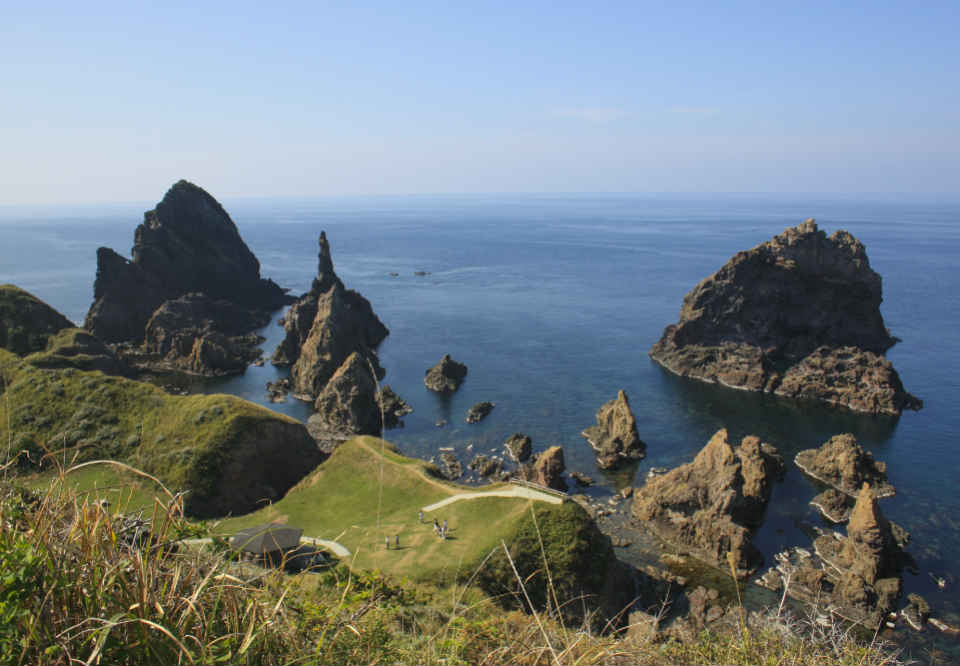 Shimane is a hidden gem for visitors who seek for a change of pace and learning about a lesser known Japan. It is definitely worthy of more attention from the visitors to Japan. This series of articles explore several popular attractions in Shimane.

The previous two articles about Shimane focus on Izumo and Matsue areas, as well as the history and culture of the mainland. In this final part of the series, let’s travel across the Sea of Japan and escape to the Oki Islands 隠岐諸島.

The Oki Islands are an archipelago in the Sea of Japan, located 50 kilometres north of Shimane peninsula. Among the 184 islands and rocky outcrops in the archipelago, only four islands are inhabited. They are divided into two main areas:

What to See and Explore

The Oki Islands are known for their spectacular coastlines, awe-inspiring sea cliffs, and beautiful beaches. The unspoiled nature also features lush forests and mountains. Expect to see stunning sunsets, peaceful scenery of grazing cows and horses, and even tanuki or raccoon dogs during your visit. 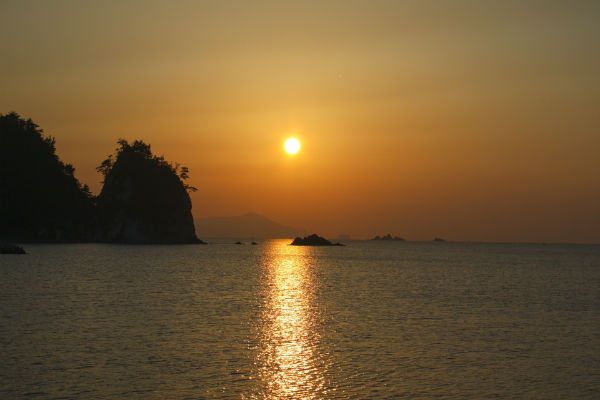 The islands are also home to a culture that is different from the mainland. Many traditions here date back to the olden times and have been well-preserved due to the islands’ remote location. For examples, the Oki Traditional Sumo which is believed to be the original form of Japanese sumo and is only held to commemorate auspicious events on the island, and Bull Sumo which is a competition of strength between two black bulls pushing one another head to head.

Due to their geological heritage, the Oki Islands were designated a UNESCO Global Geopark in 2015. 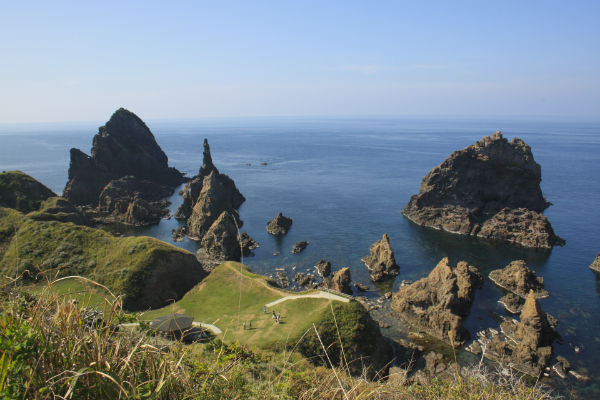 With a 13-kilometre stretch of eroded coastline, the Kuniga Coast 国賀海岸 is undoubtedly the most iconic attraction of the Oki Islands. Among the must-see features in Kuniga Coast include the Matengai cliff and the bridge-shaped Tsutenkyo arch. At 257-metre, Matengai is the tallest cliff in Japan. The sight of the cows and horses grazing on its grassy clifftop is one of the representative sceneries of the coast. 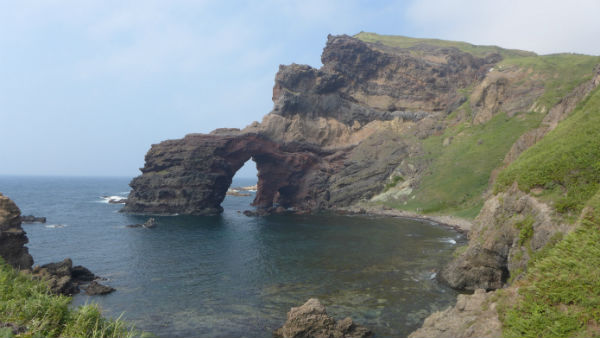 A 2.3-kilometre walking trail from the top of Matengai down to Tsutenkyo allows you to take in these impressive views in one go. Boat tour is another great way to experience the grandeur of the coast. By cruising around the area, it offers visitors an opportunity to observe Kuniga’s rugged coastline from an entirely different perspective. 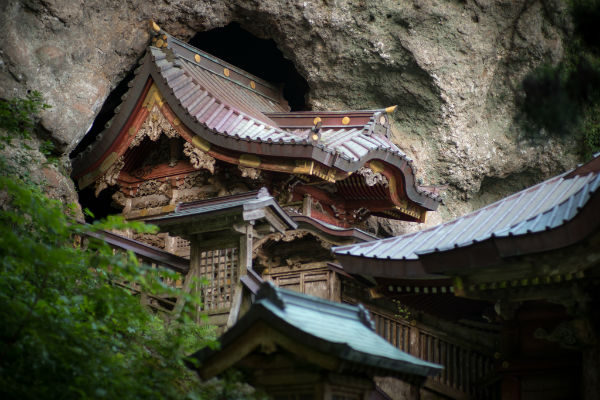 Located on Mt. Takuhi which is Nishinoshima’s highest mountain, Takuhi Shrine 焼火神社 is the oldest shrine building in the Oki Islands, dating back to the Heian Period. It was built out of a cave, so half of it is in a cave whereas the other half is in an open. Dedicated to the deity of safe sea voyages, the shrine also doubled as a beacon for guiding the boats into the bay back in the olden days. Beware of snakes as you hike the trail leading up to the shrine. 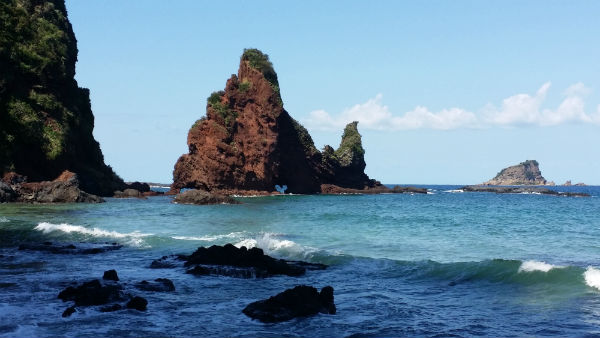 Akiya Coast 明屋海岸 is famous for the bright red sea cliff and volcanic rocks which contrast nicely with the colour of the sea. While you’re here, be sure to check out the heart-shaped hole located at the bottom of the coast’s iconic rock too!

On Mt. Kinkoji 金光寺山, you can take in sweeping views over the Dozen islands and the sea. It is also a place to learn about the life of Ono-no-Takamura 小野篁, an associate counsellor in the Japanese imperial court who was exiled here between 838 and 840.

Mt. Akahage 赤ハゲ山 is the highest point on Chiburijima, commanding a panoramic view over the Dozen Caldera and beyond. In spring, the mountain is covered with wild daikon flowers. You can also see cattle grazing on the grassy slopes here.

Sekiheki (Red Cliff) 赤壁 stretches about 1-kilometre along the west coast of the island. The bright red colour of the cliffs was caused by volcanic activity in the area in the distant past. You can choose to hike all the way to the top or enjoy the views from the sightseeing boat which allows a fuller and closer look at the cliff. 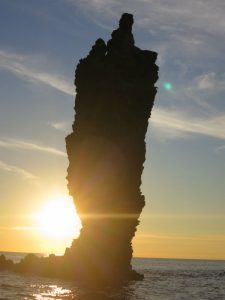 Rosoku-jima ローソク島 is a sea stack also known as the Candle Island. When the sun is seen resting on its top during the sunset, it looks just like a burning candle. Catch this spectacular view from a sightseeing boat cruise, which you can book at the tourist information office. 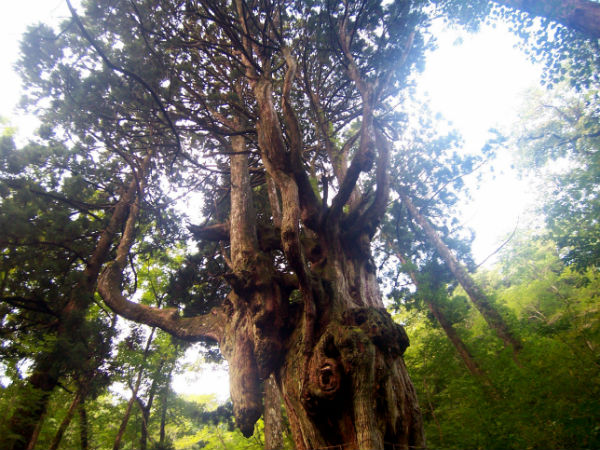 Chichi-sugi 乳房杉 is an 800-year-old Japanese cedar that has a rather unusual appearance: a single trunk branches out into about 15 trunks from which new roots are growing out and hanging down. Located deep in the forest, it looks especially mystical in the morning mountain mist.

The Dangyo-no-taki Waterfalls 壇鏡の滝 drop about 40-metre from an overhanging cliff. Underneath this overhang are Dangyo Shrine, and the path which you can go around to see the waterfall from behind. The water here is regarded as “water of victory” for the participants of Oki traditional sumo and bull sumo. 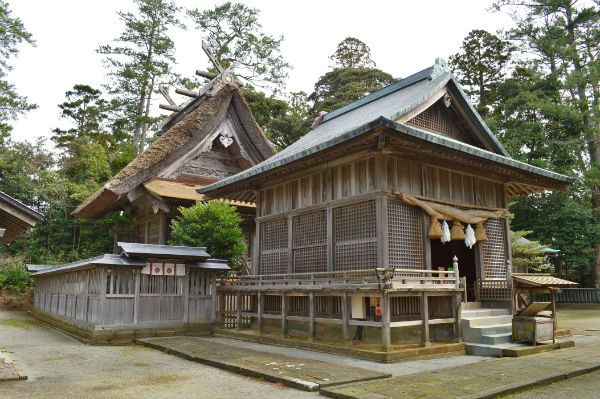 Mizuwakasu Shrine 水若酢神社 is one of the most important shrines in Oki, dedicated to the guardian deity of the sea Mizuwakasu-no-Mikoto. The shrine’s major festival, Sairei Furyu 祭礼風流, is held on 3 May every even-numbered year, featuring horseback archery, kagura dance, lion dance, and decorated floats.

On the grounds, there is a sumo ring where the island-wide sumo competition is held in November. Not far from the shrine there are also a bull sumo ring, the Oki Museum of Archaeology and Folklore 隠岐郷土館, as well as the Museum of Traditional Culture 五箇創生館. 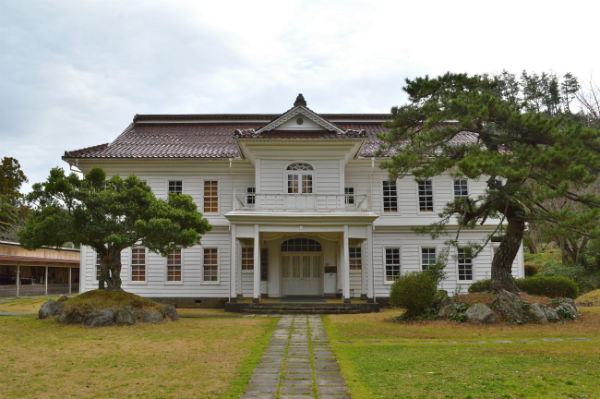 Museum of Archaeology and Folklore

Getting In and Around

The Oki Islands can be reached by ferry from the Shichirui Port 七類港 in Matsue and the Sakaiminato Port 境港 in Yonago, Tottori Prefecture. Both Shichirui and Sakaiminato Ports are 40 minutes by bus from the JR Matsue Station (fare: ¥1,000). 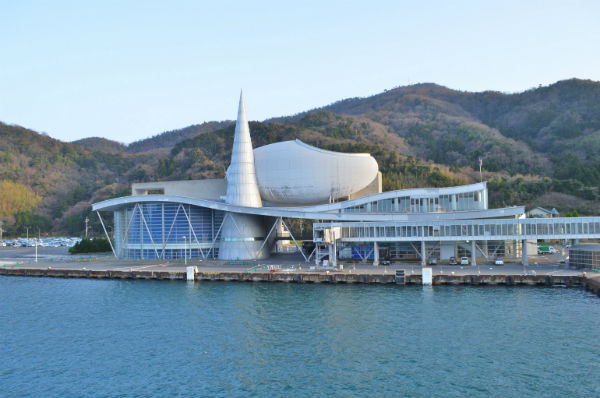 Currently, a one-way ferry ticket from the mainland to Dogo or Dozen is ¥2,920. The journey takes about 2 hours and 30 minutes. Ferries are also operating between Dozen and Dogo (¥1,330 for a single trip) and between the Dozen islands (¥340 – ¥640 for a single trip).

To get around, local buses are available on the islands. However, the services can be infrequent and subject to changes. Be sure to check with the tourism association offices for the latest timetables. 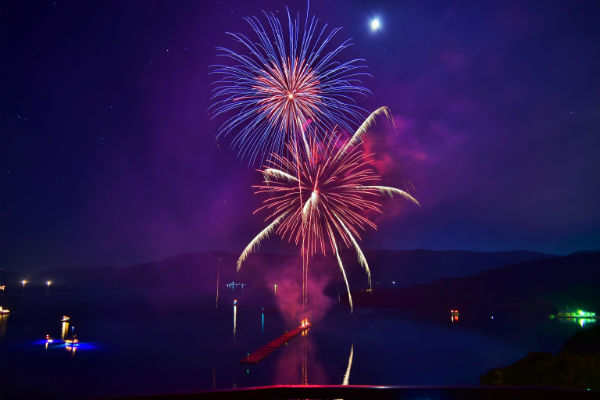 You can get information and travel advice, maps and bus/ferry schedules, make enquiries and reservations (from accommodations to sightseeing trips) at the tourism association office usually located near the ferry terminal of each respective island. You can also obtain information related to the Oki Islands and do the necessary bookings at the Matsue International Tourist Information Office located at the JR Matsue Station North Exit.