Shikoku, The Place for Island Hopping!

Godzilla Attack! 3 Places to Catch Japan’s Most Famous Movie Monster No ratings yet.

2 Days 1 Night Sample Itinerary for Kanazawa No ratings yet. 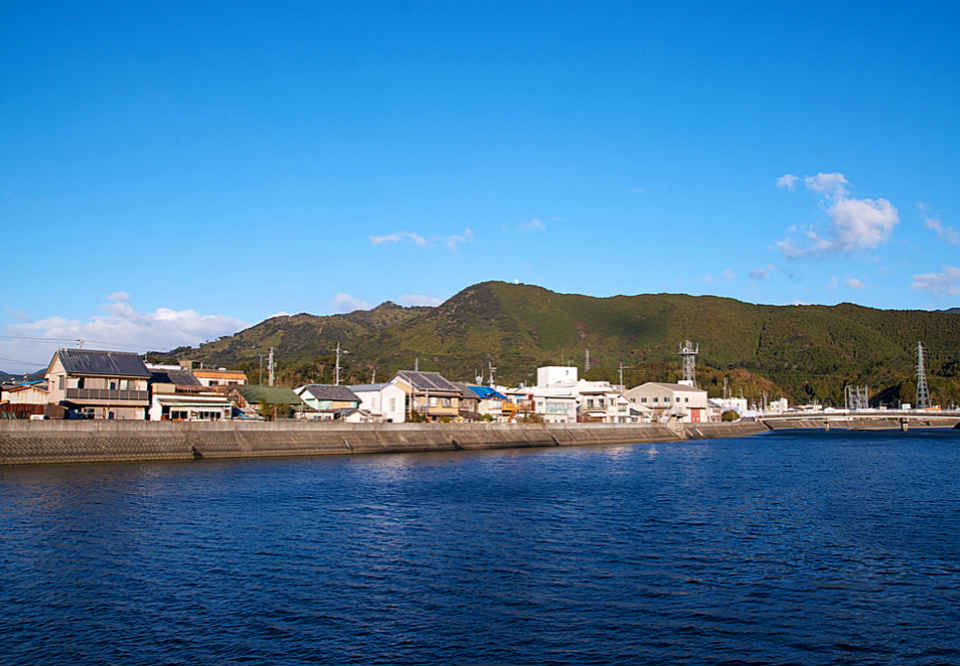 Shikoku Island – one of the four main islands of Japan, has smaller islands that are equally interesting and beautiful that are worthy of mention.

Once you arrive here, the entire island of Shikoku is interconnected via an amazing rail system which allows travellers to explore the many parts of this island. With that, let us take you on a journey from island to island here. 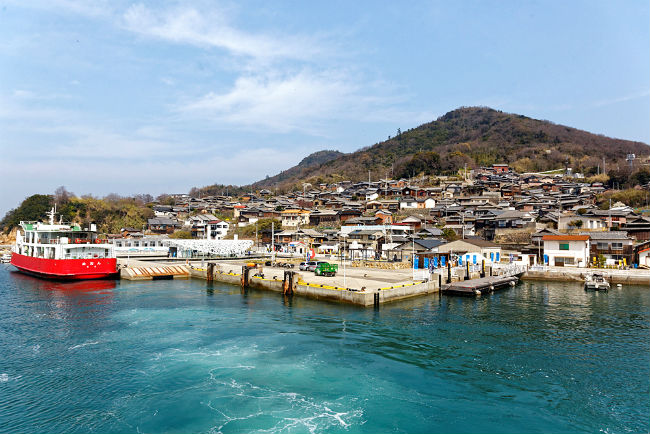 Located near Takamatsu City, this laid-back Japanese community and an art-friendly island is a popular place to visit. You could explore the entire island in three hours, which includes visiting unique cafes and shops here.

Do consider visiting this island during the Setouchi Festival, an international art festival held every three years. The next upcoming festival will be in 2019. 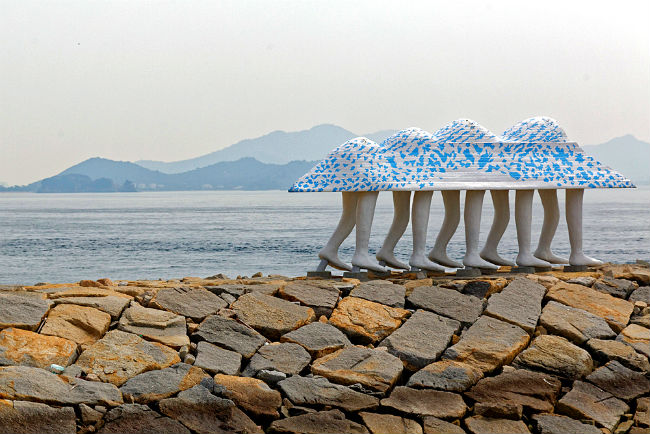 This art festival will be held in different seasons. For the spring session, it will operate from March to mid-April, the summer session runs from mid-July to early September, and the autumn session runs from October to early November.

How to get here: Board the local ferry from Takamatsu
The frequency of ferry: Every two hours
One-way ferry ticket fare: ¥510 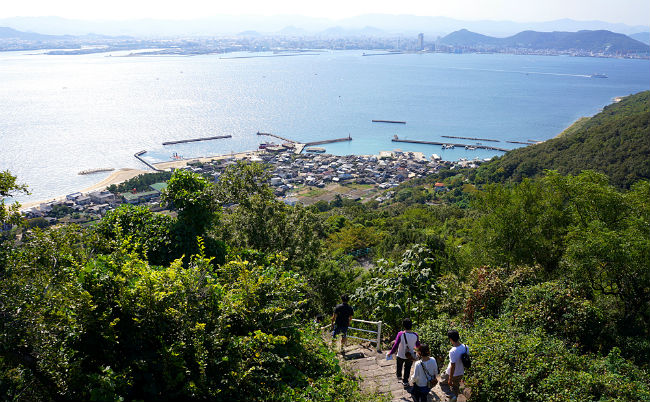 View from the hill at Megijima Island.
Image credit: Kentaro Ohno on Flickr / CC BY 2.0

Megijima Island (also known as Ogre’s Island) – an island located closer to Takamatsu, offers a camping site for nature lovers, has lots of sculptures and statues, and a cave called Demon Cave. The best way to explore this island is by renting an electric bicycle. 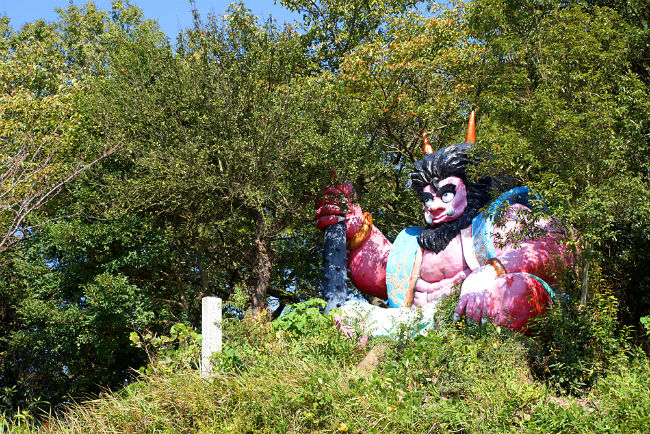 One of the strange statues on the island.
Image credit: Kentaro Ohno on Flickr / CC BY 2.0

This island is also part of the Setouchi International Art Festival and hence lots of exhibitions will be put on display in 2019. Besides that, you would also be surprised that there are more cats than humans on this island. I recommend spending about half a day to visit this island.

How to get here: Board a ferry from the Takamatsu harbour (25 mins. journey)
One-way ferry ticket fare: ￥370 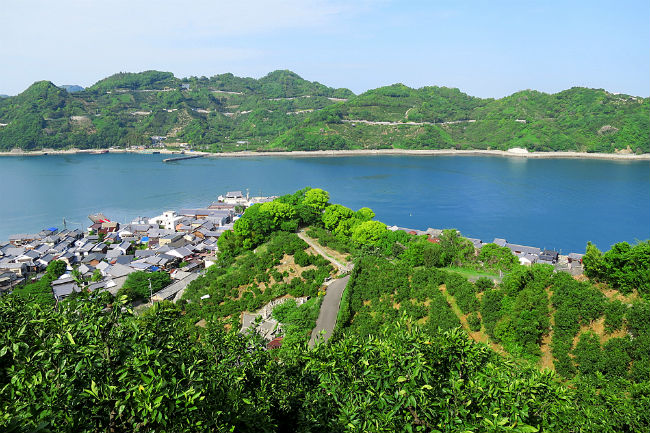 A view from Gogoshima island.
Image credit: Tomsang on Flickr / CC BY 2.0

Known also as Gogo Island, this island is a popular destination for both locals and also tourists, located nearby Matsuyama City in the north-west of Shikoku. Once you arrived here, it is recommended to rent a bicycle to get around the island.

There are hill treks, beach walks, organic citrus farms and water sports activities found here. The laid-back undeveloped site here makes it a place worth visiting for those wanting a quick escape. At certain parts of the island, you could find crystal clear water and fishes swimming in the shallow area.

If you explore the northern part of the island, there are some shrines and a temple. For relaxing, there is a cafe and supermarket in the main port area.

To explore the island, I would recommend doing so by renting a bicycle. The bicycle rental fee is ¥500 and it includes the cost of a ferry ticket to go back to the main island. 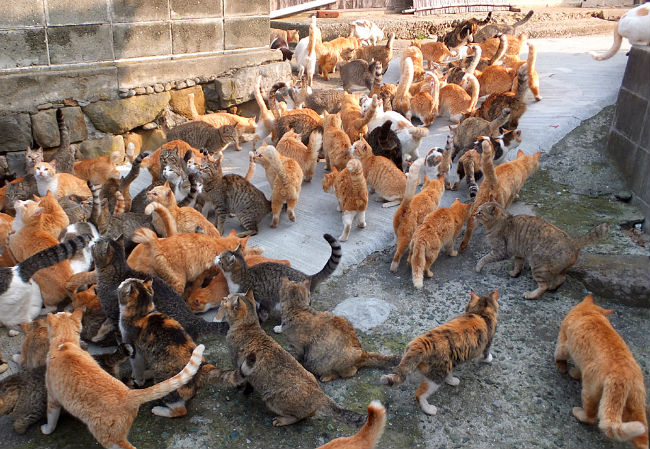 Some of the cats on Aoshima Island.
Image credit: Wikipedia Japan / CC BY-SA 4.0

This is probably one of the more difficult islands to travel to, but when you do get to Aoshima Island, you will be in for a huge surprise as there are more than 100 cats found all over the island and only 15 residents. This place is becoming very popular thanks to social media and it is also known as Cat Island in Japan.

If you plan to visit this place, it is recommended to bring cat food to feed the cats here. At some point, you will be in shock to see over 30 to 40 cats surrounding you for food. 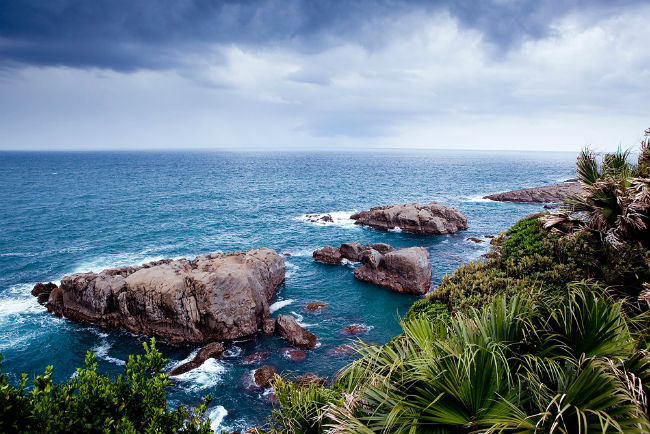 There are only two boat trips daily to this island which is at 8 am and 2.30 pm, hence you only have that amount of time to explore this place. The boat departs from Nagahama Port and I recommend you to take the 8 am boat and spend at least six hours on the island and catch the next boat back at 3.30pm.

One-way boat ticket fare: ¥680
*Ticket sells out quickly on weekends, so do pre-book a ticket 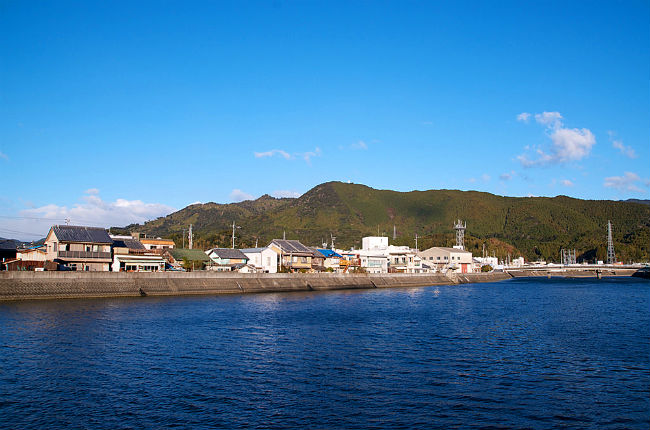 Located in the southeastern part of Shikoku, Teba Island or Tebajima Island is one of those laid-back islands with about 130 residents. This island is a well-known fishing island that dates back 100 years ago. On the island, there is a local Japanese inn called Shanti-Shanti, a post office, cafes, a Japanese shrine and local shops. 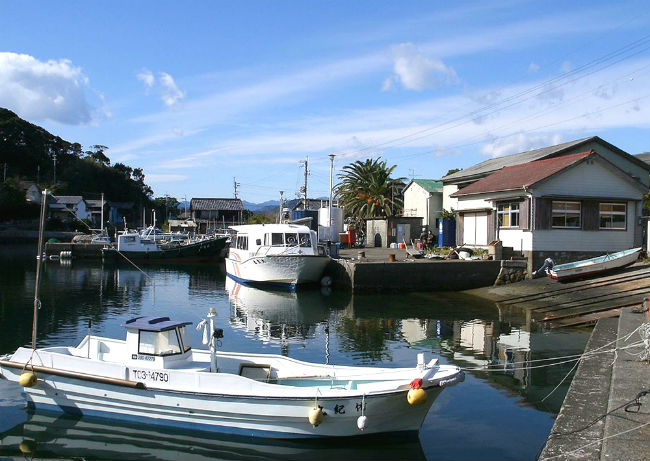 This island became popular with the locals due to the Mugi Tebajima Art Exhibition which started back in 2013. The exhibition now takes place in March and it gets quite crowded during this season. One highlight of the island is the beautiful original homes that date back to the Meiji era, which is full of character.

How to get there: Take a ferry from Mugi-cho at the port of Tokushima (15 mins. journey) 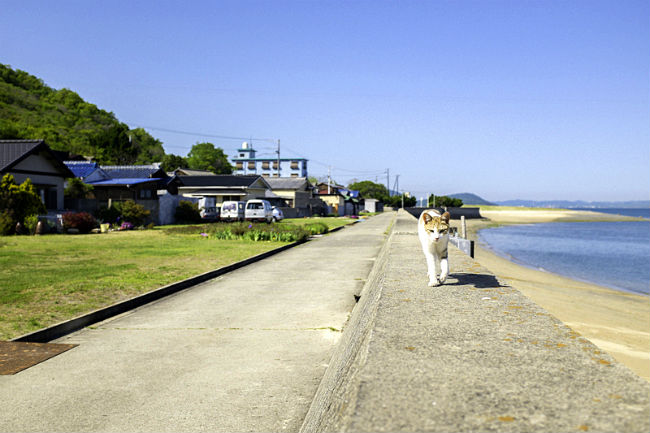 This is another cat island that has recently become popular due to images of the ‘flying cat’ on social media. There is a popular spot where cats will jump from one point to another point. In total, you can find about 40 plus cats living on this Island of Cats, also known as Sanagishima.

This island is really free and easy and hence there are many tourist-friendly spots. There is only one cafe and restaurant but opening days are not consistent. Besides that, this fishing island has three shrines which is the Daitengu Shrine on the south, Hachiman Shrine on the east and Ebisu Shrine at the north. 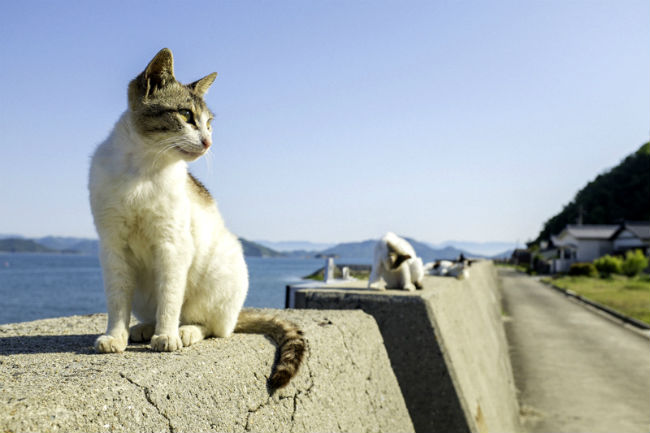 The location to photograph flying cats.
Image credit: Gacha223 on Flickr / CC BY 2.0

There are two villages here: the one at the north is Nagasaki Village and one at the south is called Honura Village. The popular cat jumping location in the southern village. Walking from one village to another only takes about 20 minutes. Besides that, The Dosan train line that passes through here makes it easy for travelling.

How to get here: Take a ferry from Tadotsu Port at Tadotsu (northern Shikoku) to Honura or Nagasaki Port
Ferry ticket fare: ¥680 (Honura Port) or ¥780 (Nagasaki Port) 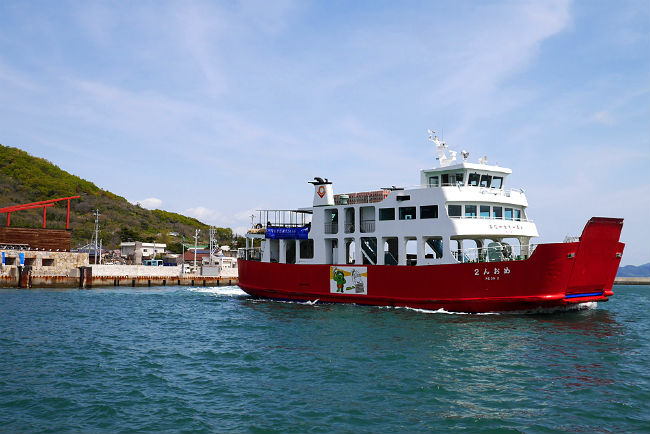 One of the ferries that take you to the island.
Image credit: Kumi on Flickr / CC BY 2.0

Another island located off Matsuyama is the Tsuwajishima Island, known as one of the original Edo era islands. The fishing community here is known to be a very lively community and travellers coming here can expect a very natural island experience. The island is also only three square kilometres large, making it easy to move around.

In autumn, there are special festivals celebrated by the locals. The highest viewing point here is Hatayama Hill (155m.) and the entire island is connected by a coastal road. This means you can rent a bicycle and explore the place at your own sweet time.

A Japanese temple, shrine and a monument are the main attractions here while there are two ryokans available for those who want to spend the night.

*Note: Taking the ferry would take about two hours, but a high-speed boat takes only 55 minutes. 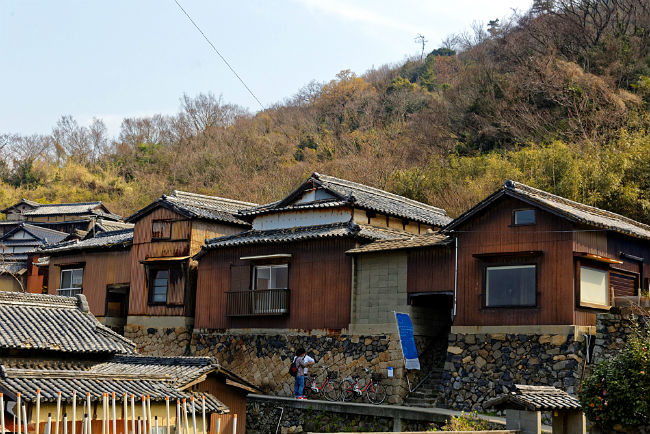 Types of houses on the island.
Image credit: Kimon Berlin on Flickr / CC BY 2.0

There are also many other islands found all around Shikoku, where some of them are small and some ore commercialised. However, to fully explore all the islands it may take a few weeks. For first-timers, I would recommend you to visit the popular cat islands of Shikoku, which are currently in trend among the local Japanese. Enjoy a fat-filled holiday there!