What to eat in Shikoku? No ratings yet.

Want to have an anime pilgrimage? Check out these 3 real-life anime locations No ratings yet. 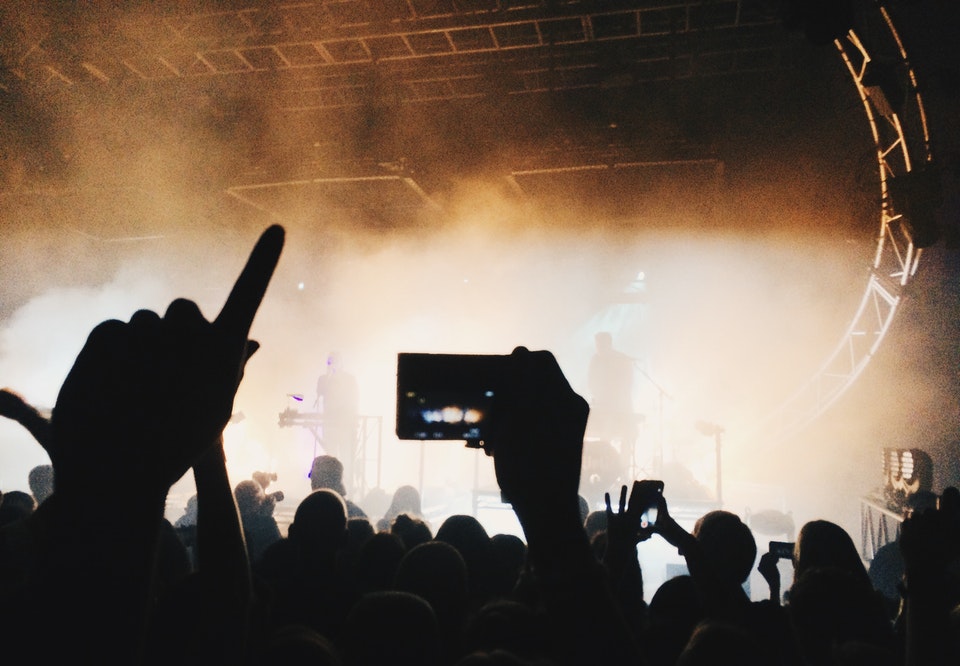 Summer is the season for music festivals, where you can enjoy not just music but also mouth-watering food, colourful fireworks, fascinating company, and wonderful atmosphere.

Among the most famous and popular are Summer Sonic, Fuji Rock Festival, Rock in Japan, and Rising Sun Rock Festival, known as the “big four” of Japanese summer music festivals.

Having written about Summer Sonic in my previous post, let’s take a look at the other three festivals which are just as worth attending if you are visiting the country in summer! 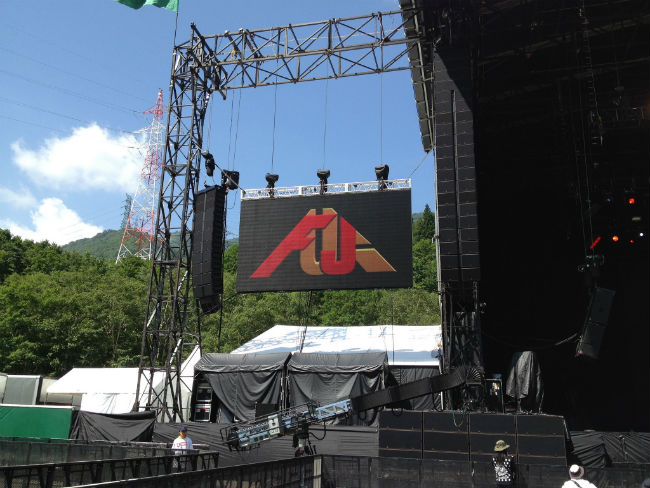 First held in 1997, Fuji Rock Festival is the mother of all music festivals in Japan. The three-day event features over 200 international and Japanese artists each year, not just the headliners but also musical acts from a variety of genres such as EDM, jazz, world music, and Japanese drums (wadaiko).

Each year, it takes place at the Naeba Ski Resort in the Yuzawa Town of Niigata prefecture. One of the defining features of the festival is nature, with the venue surrounded by lush green mountains and forests. 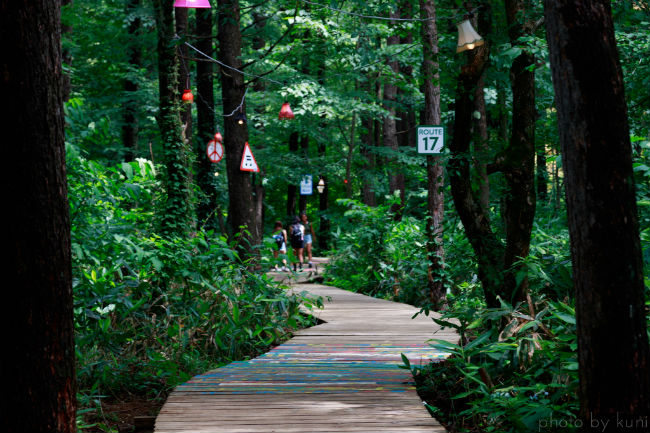 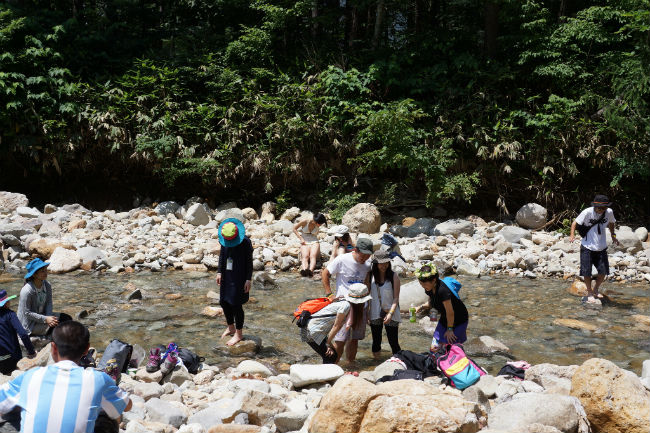 Compared to other music festivals that cater to younger urban crowds, Fuji Rock Festival somehow has a hippie indie charm. As you navigate through the festival grounds, there is music that suits different tastes, there are also various amusement tents offering engaging activities that keep participants occupied throughout the festival. 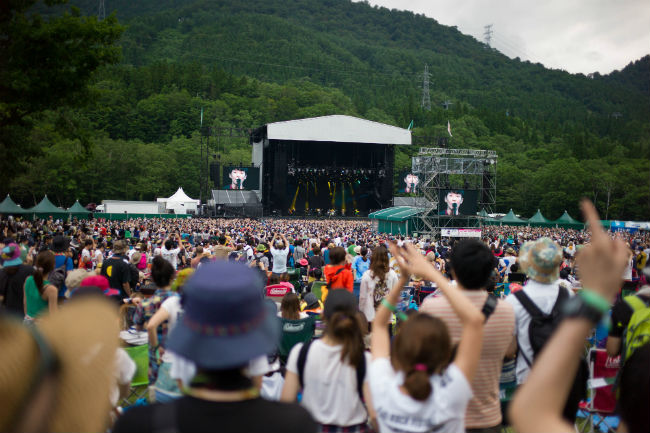 Oasis, the hospitality area in the festival, is lined with stalls selling delectable food from around the world, whereas the longest gondola lift in Japan “Dragondola” takes visitors to the top of the mountain for an incredible view over the festival. 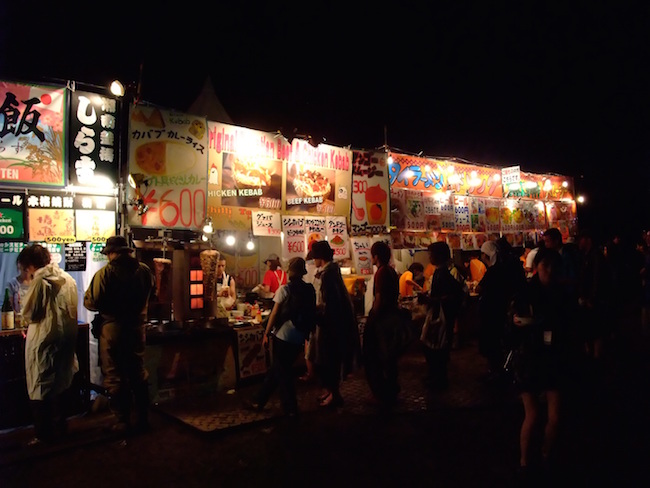 The pre-festival event that is celebrated the night before (Thursday night) is free for all to take part, presenting interesting activities such as traditional Japanese folk dance, prize draws, eating contest, and fireworks display to announce the official opening as well as pray for the success of the festival. A nice warm-up event before all the festivities get into full swing the next day! 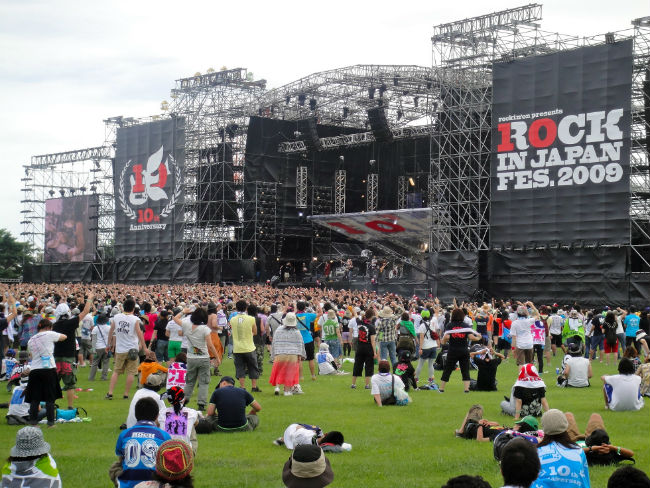 Started in 2000, this highly popular festival is currently the largest and most well-attended music festival in Japan. Despite the name, the festival is not just about rock music. Featuring exclusively domestic acts, it hosts some of the most famous and acclaimed artists of contemporary Japanese music industry.

Taking place over two weekends in August at the Hitachi Seaside Park in Ibaraki Prefecture, the four-day event sees performances from rock bands, popular singers, idol groups, indie musicians and more. If you are into J-Rock or J-Pop, this is an event for you! The Grass Stage which hosts the biggest names that headline the year’s festival is massive, with size that can accommodate up to 70,000 spectators! Besides rocking out in the standing area, festival goers can also choose to enjoy the gigs sitting or even lying on the grass, taking in the atmosphere leisurely while picnicking or sunbathing. Do spend some time exploring the beautiful park, you may as well take a ride on the park’s iconic Ferris wheel and observe the festival from up high in the air! For more festival experience, stay until the end of the show for fireworks display that puts a dazzling closing to the day’s festivity. 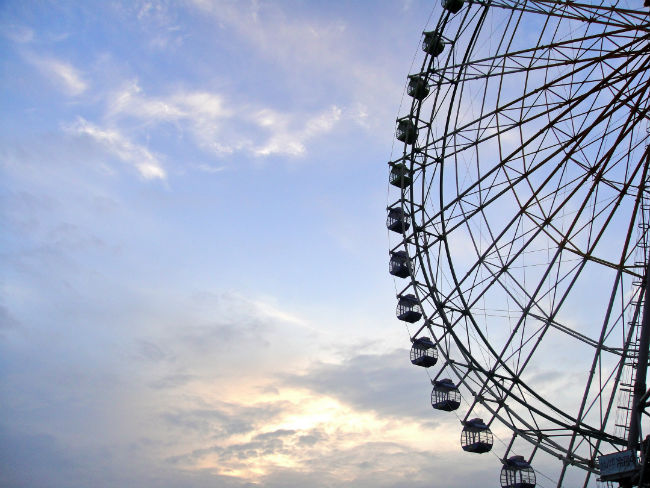 Do take note that festival tickets are scarce and gets sold out fast. If you are interested, be sure to keep an eye on the official website for the ticket updates and secure yours as early as possible! 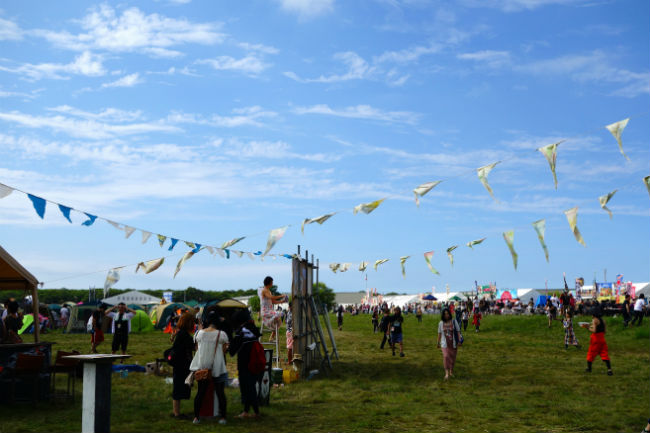 Labelling itself as “a true rock festival”, the main genre of the festival is rock, both from the mainstream and indie scenes, plus occasional pop, folk, and other types of music, including Hokkaido’s very own Ainu indigenous musicians. 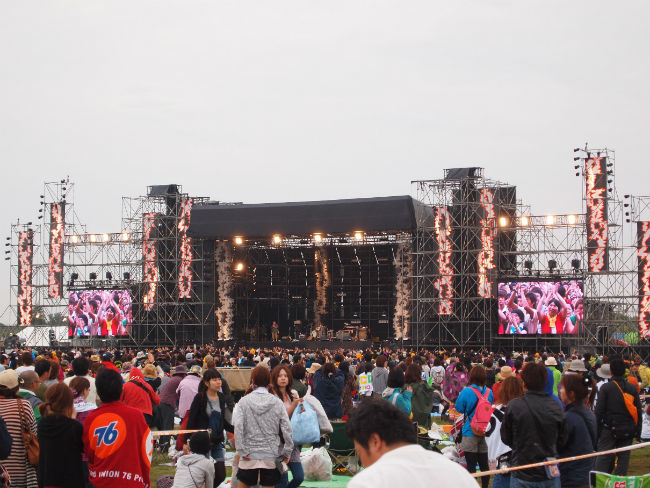 Taking place at the Tarukawa Wharf of Ishikari Bay New Port in Otaru, the two-day affair starts on Friday and finishes on the Sunday morning. As the name of the festival suggests, the highlight of the festival is sunrise, when everyone welcoming the first light together after rocking out all night on the second night (with the headliners!). 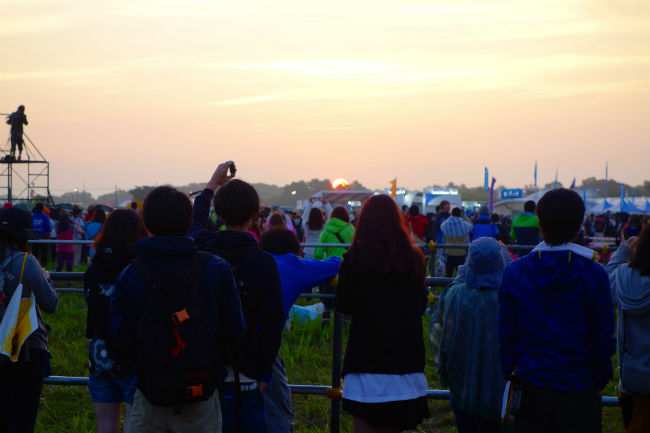 The festival grounds are littered with stalls selling local handicrafts, jewelries, and delicacies made with locally produced ingredients. For foodies, the festival is surely a hunting ground for tasting what Hokkaido has to offer, from seafood to lamb barbeque and craft beer to desserts. 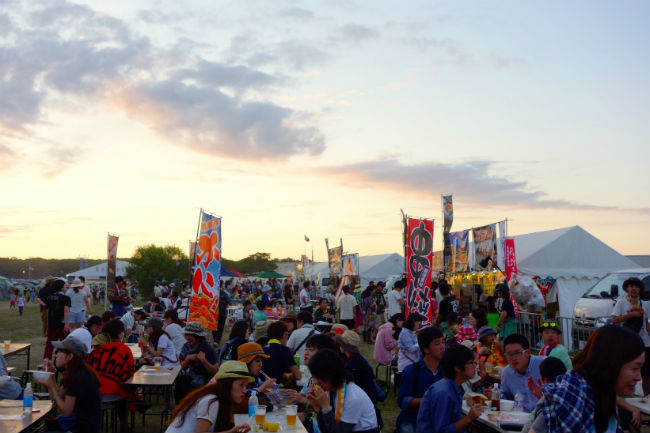 The northern land of Hokkaido has been known for its vast plains, natural scenery, and relatively cool and less humid summers, when you have a music festival with all the outstanding acts, that’s all the more reason to visit! If you are a fan of J-Rock, this is one not to be missed!

Prepare for the Festivals 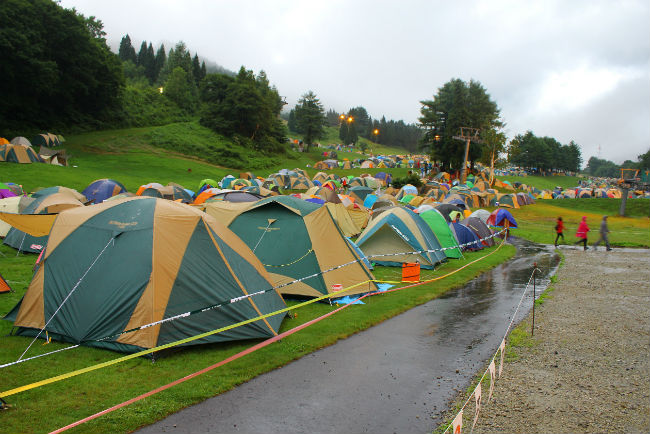 Camping is a popular summer activity in Japan. You too can enjoy the festival like a local by setting up campsite on the designated camping grounds, just be sure to get the special ticket for campers and bring all the necessary equipment for the event!

There are also several tips to ensure time spent at the festivals is enjoyable and memorable one, notably planning the acts you want to see beforehand, wearing good walking shoes, and bringing waterproof clothing and jacket to stay warm. For more information, you may refer to my article about Summer Sonic here.

Participating in music festivals is one of the best ways to celebrate summer in Japan. While the “big four” are good picks to start with, there are also many other music festivals cater to different musical tastes held across Japan during the hottest period of the year, simply choose the one that best fits you and have a blast!