10 Places for Cheap Breakfast in Japan No ratings yet.

5 Essential Winter Wear Buys from Japan Directly! No ratings yet. 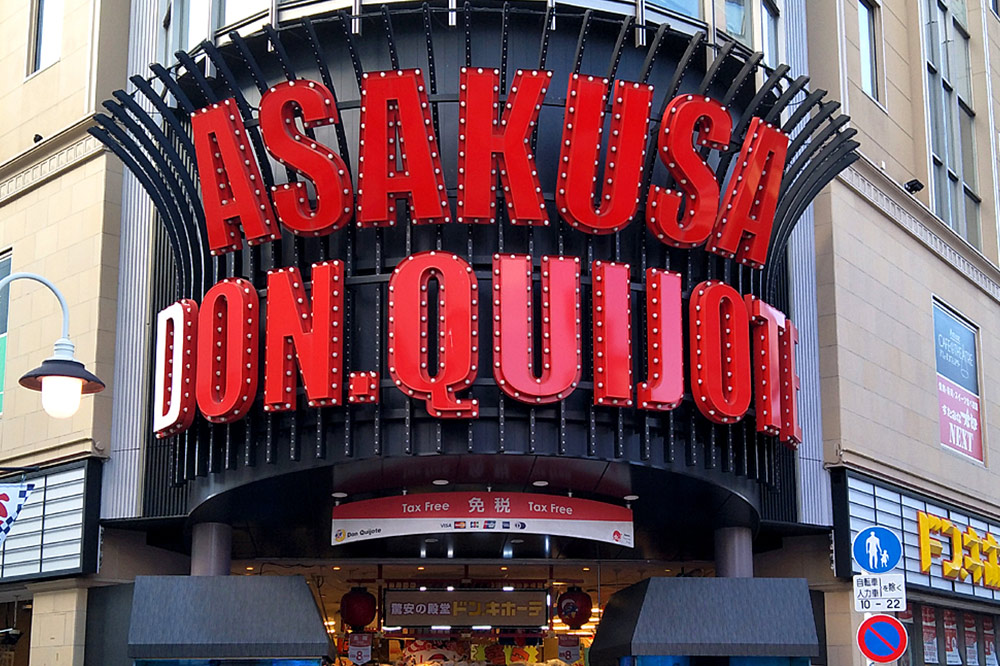 Popular Discount Stores in Japan
No ratings yet.
Tags: shopping •

Many travelers would have heard of names such as Daiso or 100 Yen Shops when you travel around Japan, but which are the best discount shops to visit? This article compiles some of the best Japanese discount shops for anyone who plans to visit Japan.

Discount shops in Japan have been around for a very long time and dating back to 1926, and it is only in the last five to ten years or so that these popular Japanese brands have started to venture overseas by opening branches in many countries.

Those who have traveled to Japan would have experienced the ever popular 100 Yen Shops where you can find all kinds of everything at these discount shops. Nowadays, more brands have emerged offering shoppers a wide range of products which include practical items and also cute items. 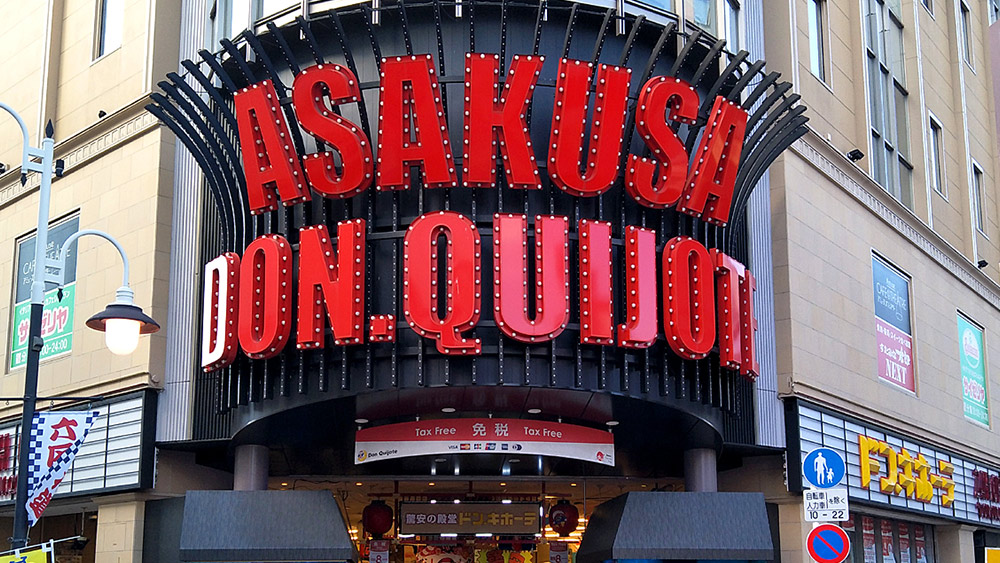 Relatively unknown to many, but known to most who have visited Japan, Don Quijote (Pronounced as Dawn Kee Ho Tey) is probably the mother of all discount stores in Japan. With a chain of over 350 stores all over Japan, Don Quijote originally opened back in 1980 under a different name called Just Co.

It was only in 1989 that the company opened its first Don Quijote store in Fuchu, Tokyo. After 18 years, the company was listed in the Tokyo Stock Exchange, making them one of the most talked about discount chain store in Japan. The brand also goes by a nick name of Donki, which is a shortened name and easier to pronounce.

So, what is it that attracts people to Don Quijote? First of all, their concept of selling almost anything you need under one roof, has captivated the Japanese people as a one-stop place to buy things. The premises they operate is also usually in a four to five story building where they display all their products from floor to ceiling.

Because of their large chain group, they obtain products in bulk wholesale, and thus providing customers with huge discounts. Looking very messy inside, the thrill of exploring the outlet makes it feel like you are on a treasure hunt. 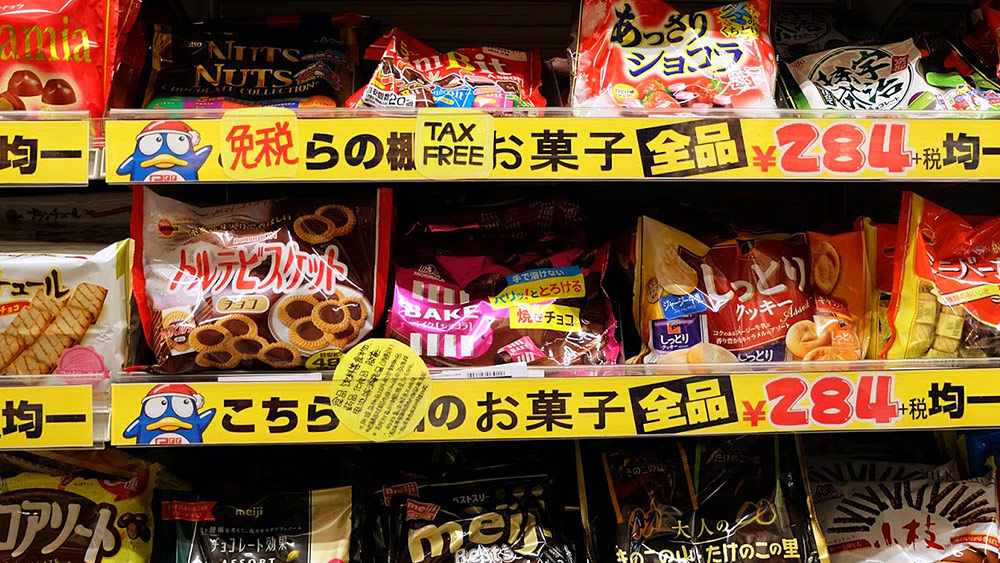 In total, they have over 45,000 products on sale, so you can imagine what is available in their stores, plus quality is highly observed, therefore the products are of very high quality and mostly made in Japan.

For the first timer to Japan, if you wander around the main commercial areas of any city, you are bound to see a Don Quijote store, and you should go in to see what is being offered. Products include groceries, household, clothes to everyday items, but the list goes on and on. Looking for a Cosplay outfit? They have it too.

Don Quijote may not be the largest chain, but they are the largest outlets with the most products. Some of their stores open 24 hours, while other close really late past midnight. In the latest development, Don Quijote is apparently opening an outlet in Singapore’s Orchard Road while they also have three outlets in Hawaii, USA. 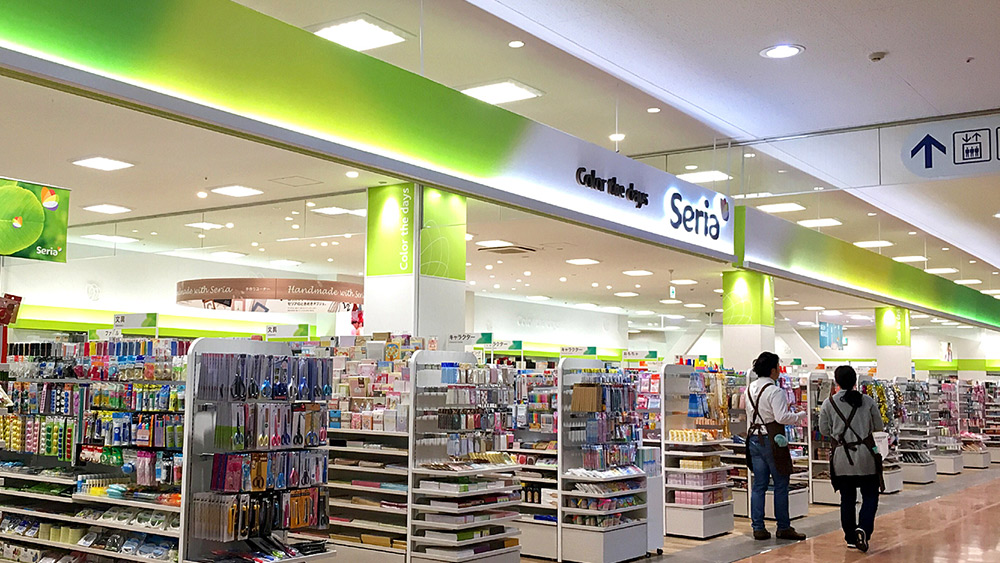 Known commonly as 100 Yen Shops or Hyaku Yen Shops, the Seria Group is the second largest chained discount outlet in Japan. In total, they have over 1000 outlets all through Japan. Founded in 1985, Seria first opened in Ogaki City in the Gifu Prefecture of Japan.

The name Seria also translates as Serious in Italian, as they were dead serious about providing quality items at discounted items to Japanese people. The catch was straight forward, everything in the store was priced at 100 Yen, which is such a bargain for just about anyone.

100 Yen converted to Ringgit is roughly RM3.90, hence for Malaysians, it’s a very good buy, especially when you are looking for unique Japanese products. Everyone is Japan knows about the 100 Yen Shops as it is a household name. 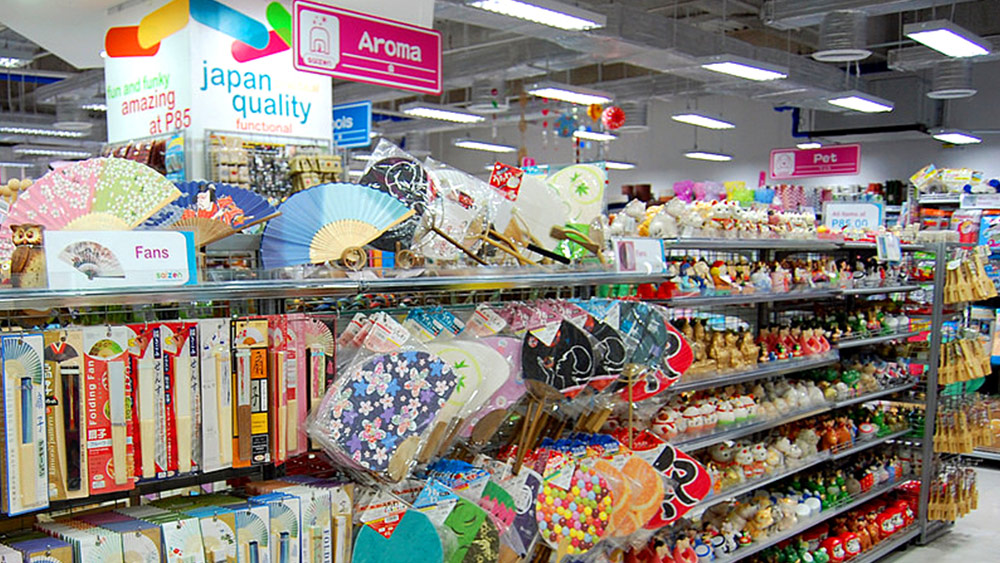 The product range is incredible with almost everything you need for everyday use. From handicraft to kitchen, garden to car accessories, they carry it all. However, the best part of these discount stores are the unique and cute souvenirs that can be found here. This means, you can get souvenirs for cheap for your family, loved ones, colleagues and friends.

Seria is not the only 100 Yen Shop chain in Japan as there are many other brands that offer 100 Yen Discount Shops. However, Seria is the second largest chain with a reputable background. Other 100 Yen shops may offer different items which are not available at Seria. 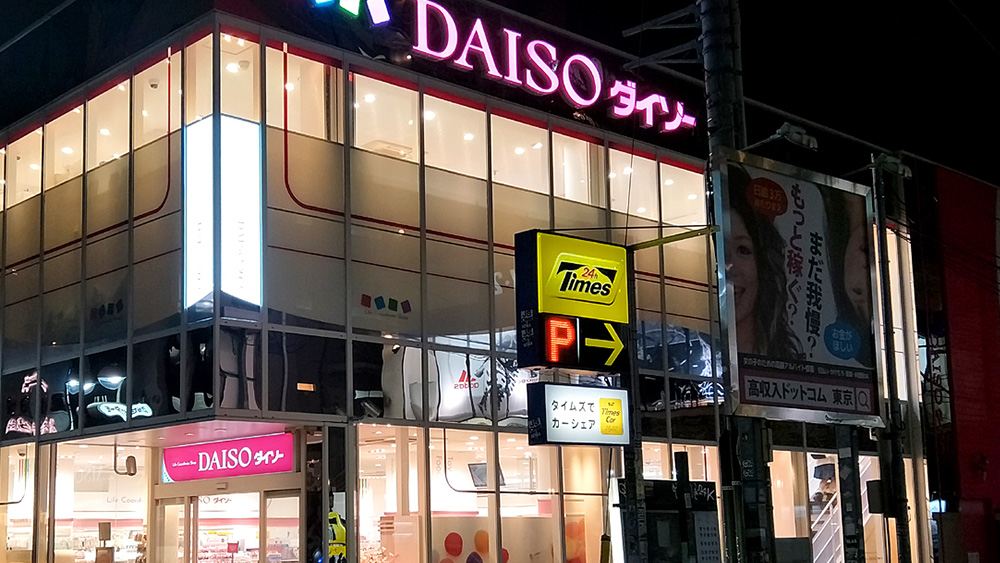 The Daiso in Shibuya, Tokyo

The name Daiso is well received by all Malaysians as the group had opened it’s first store in Malaysia in June 2008. However, when in Japan, the Daiso stores there offer some other unique Japanese items that are not available in Malaysia or other branches around the world.

Daiso, which is the probably the world’s largest discount store chain, first opened their store in 1991 in Japan and currently, they have over 2800 stores all over Japan and over 4000 stores worldwide. This brings the overall total to a whopping 6,800 stores around the world. Now, that’s an incredible amount of Japanese discount shops.

In Malaysia alone, there are over 61 Daiso stores located in major cities, and inside popular shopping malls. Their concept is mall based, so at most shopping malls, you will find a Daiso. However in Japan, it is slightly different as you find them in many different places.

Daiso is also actually a 100 Yen concept store, but due to currency exchange, import taxes and so on, the items are priced at RM5.90 in Malaysia. But when you buy the items in Japan, they are only RM3.80. So, many Malaysians tend to make a visit to Daiso to source for items that are not sold in Malaysia. 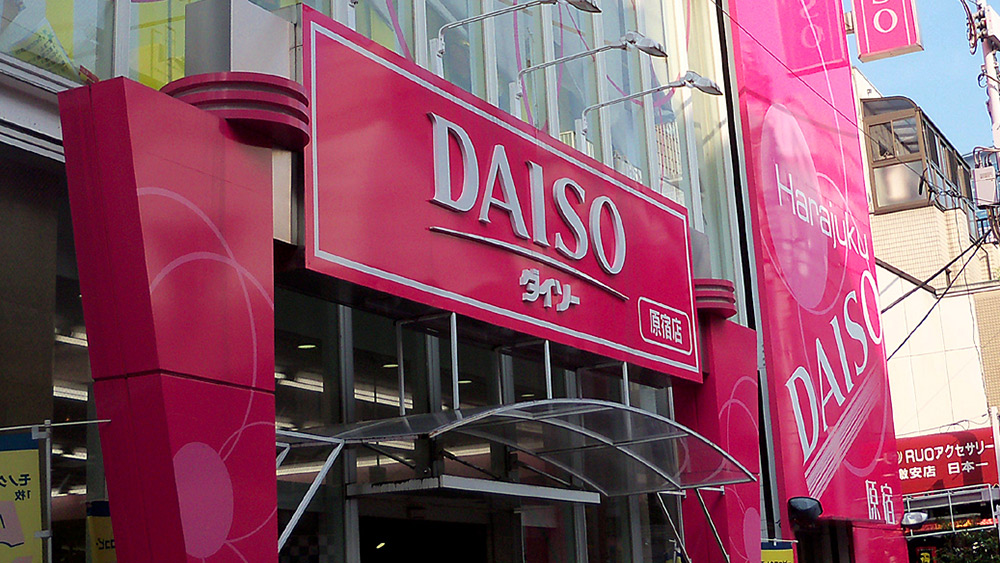 With a product range of over 100,000 items, one can spend hours in their outlets browsing through the many quirky and cute items for sale. Some of the biggest Daiso Stores are a must visit for any Daiso lover.

Try the Daiso Giga Funabashi which offers seven floors of discounted items in a retail area of 5,600 square meters. I personally think you need half a day to explore this outlet. There is also the Daiso Harajuku which is considered to be one of the largest in Japan too. The location is just next to the Harajuku Station.

On average, Daiso opens around 40 stores a month, and you can expect the number to grow. But strangely, when you walk around, you hardly bump into this discount store, kind of makes you wonder right? 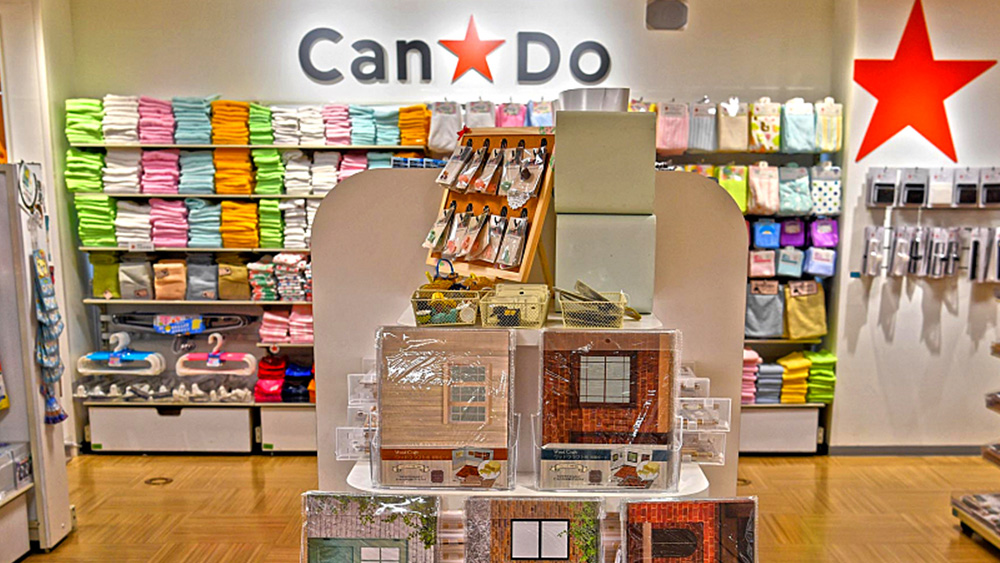 Inside the Can Do 100 Yen Shop

Another name to look out for in Japan is the Can Do 100 Yen Shop, which is another player in the discount store chain and currently has over 900 shops all over Japan. Their main outlets are found in popular tourist areas of Kyoto, Hokkaido, Osaka, Tokyo and Fukuoka and the company was founded in 1993.

Can Do offers over 20,000 items such as Japanese traditional items,kitchen goods, stationary, household items, health and beauty products, clothing and bags, digital goods, snacks and food. Generally, most of the discount stores offer similar items, just that they differ in brands or styles.

For Kawaii hunters, Can Do is also a recommended place to source for cute little things, as you never know what lies inside these stores. So, 100 Yen shop fans, this has to be added to your list. 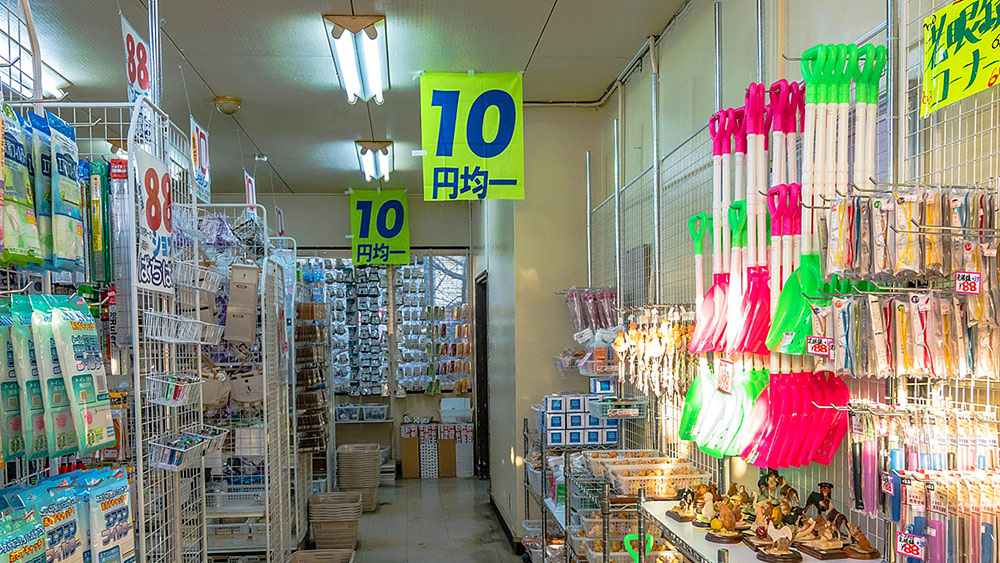 Really? Yes, no kidding, there are actually eleven 10 Yen Stores in Japan called Recycling Garden, offering super cheap prices for items ranging from chopsticks, air fresheners, kitchen items and other items. But how do they sell so cheap? Apparently, these stores buy out goods from other 100 Yen shops that have gone bankrupt.

Here, you can find quite a good range or items, and the best part is that these products are mostly made in Japan. This means, quality products versus China made items.

However, the catch is that not all the items are 10 Yen, they also have more items which are priced slightly cheaper than the 100 Yen shops, which are sold at 88 Yen. So, at the end of the day, you are still getting probably the cheapest discount items at these stores.

To date, there is not much info and not many of these stores, but you can find the 11 stores outside of the main commercial areas. There are two stores in Tokyo (Yoyogi & Hachioji City) and 9 in the Kanagawa area, the latest being located at the Miyamoto Town Store. 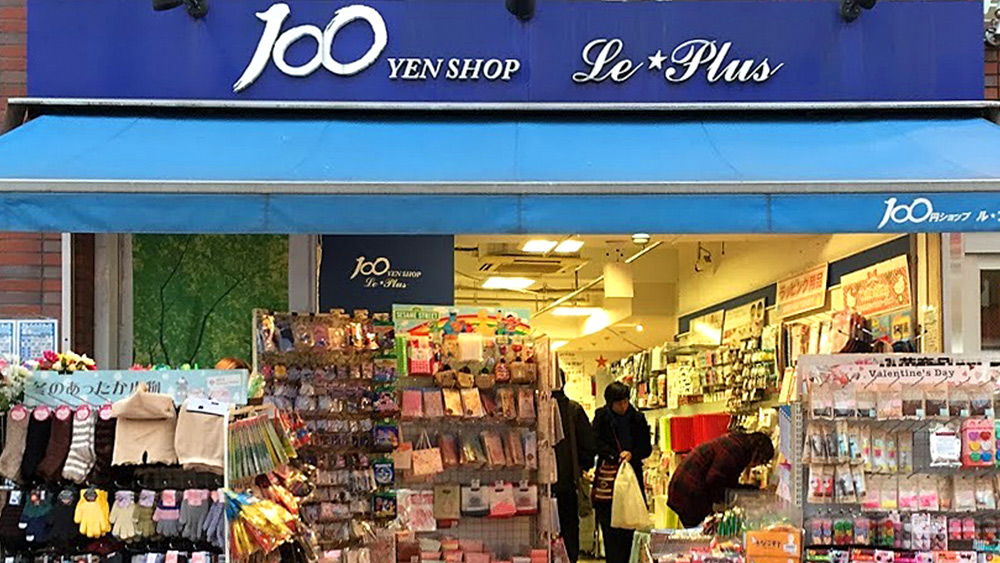 Why Visit Discount Stores in Japan?

A good question, but the honest truth is that the quirky, weird and cute items always make excellent souvenirs for anyone visiting Japan. Sometimes, you can spend hours in one of these discount stores, browsing through the thousands of items.

In most cases, the visitor will end up buying items for themselves, instead of souvenirs, or spend more than expected because the items are so cheap. Many times I have heard people saying that they buy the item because it is so cheap, and if it is not practical, they just put it aside or throw it away.

If you are a serious shopperholic, I would recommend you dedicate at least two to three hours for visiting these discount stores, as it is quite common for anyone to spend more time here.

Even at the airports, you can find these discount stores, so if you are checking in early for your flight, make your way to one of them and get your last-minute souvenirs. Nothing beats a 100 Yen souvenir from Japan. 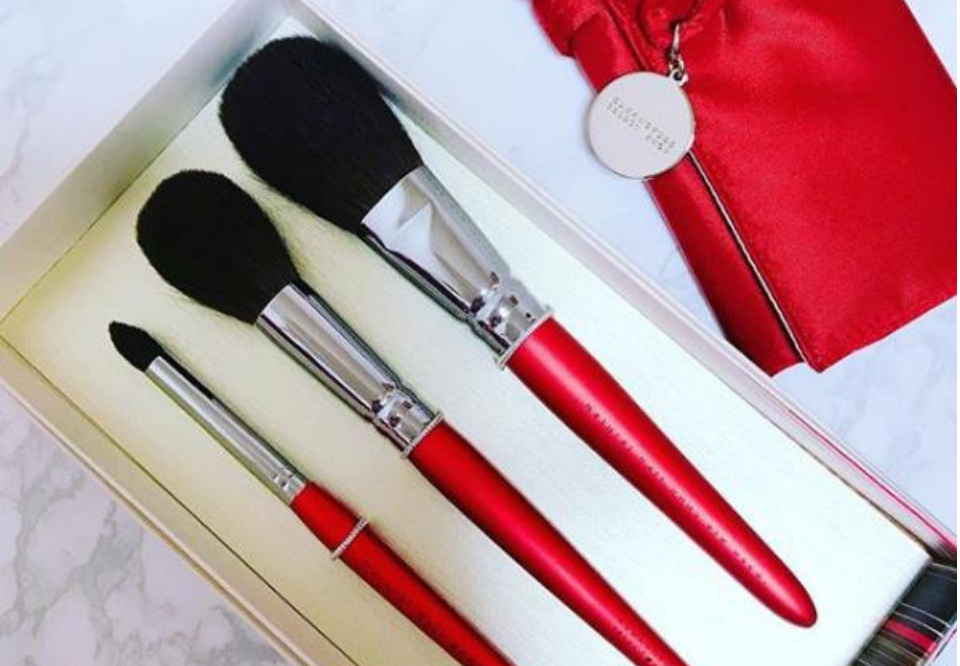 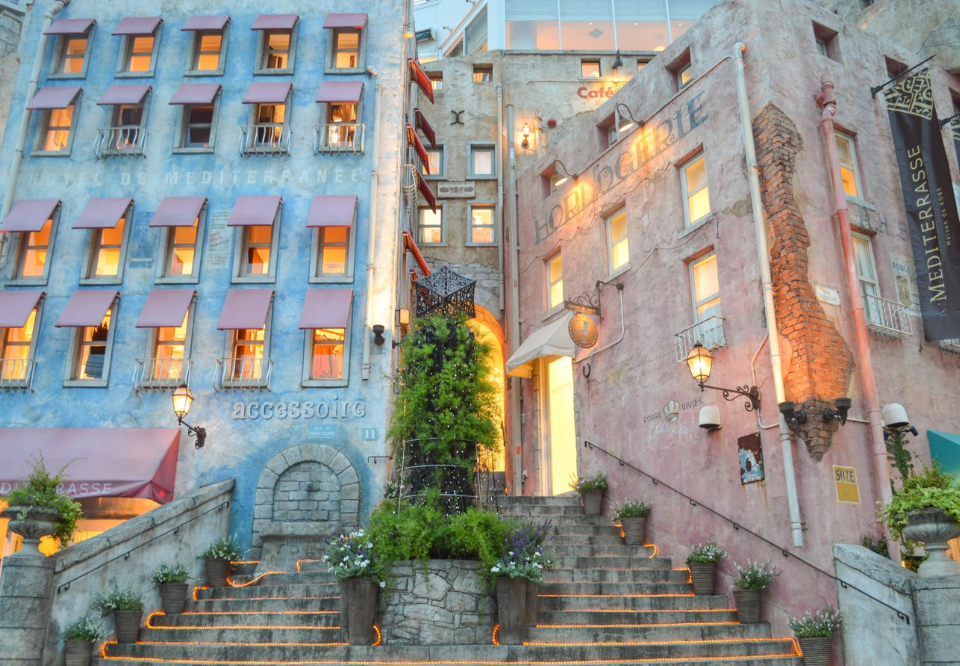 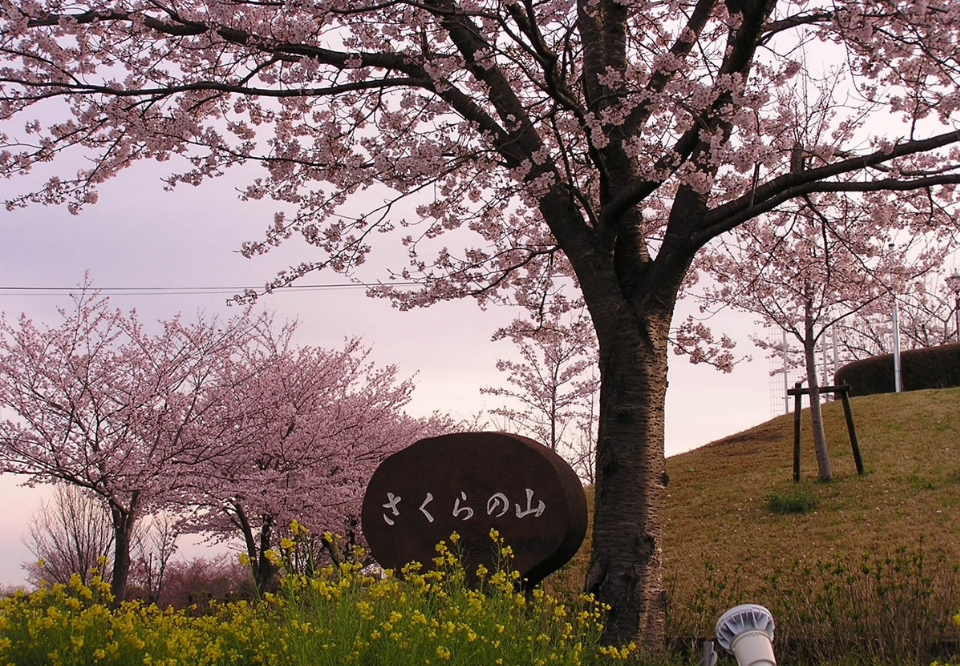 Not Just for the Airport: 6 Popular Things to Do in Narita No ratings yet.