Muslim-friendly & Halal Restaurants in Hyogo Prefecture No ratings yet.

Forget Hotels and Ryokans, Let’s go Glamping! No ratings yet. 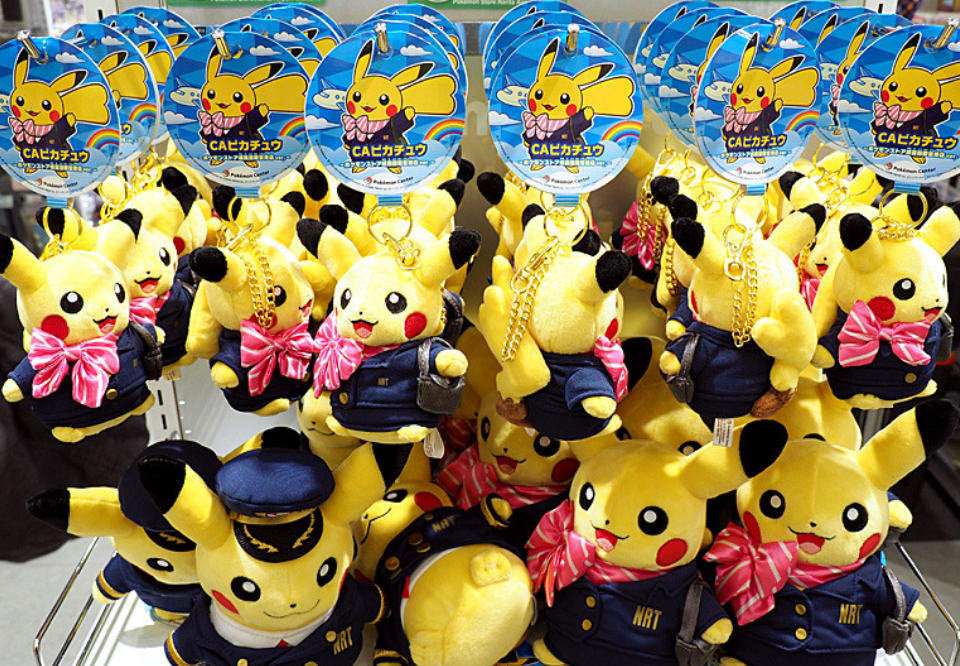 If you did not already know, the Augmented Reality game Pokémon Go was launched in 2016, and during that year, it was a worldwide phenomenon with millions of people all over the world playing the game.

However, in 2018, the fad depreciated a little, but there was still an estimated number of 147 million people playing this all over the world, and one thing that every Pokémon Go player wants to experience is by travelling to Japan to play here.

With the huge success of the Pokémon Company, who owns the entire franchise, and Niantic, the company that launched and managed the game, they officially opened a number of Pokémon Stores around Japan. This was done to cater to the fans of Pokémon and also Pokémon Go. The character Pokémon was also created by Satoshi Tajiri in 1995, and as of December 2018, the Pokémon Go game has grossed over USD$3 Billion in worldwide revenue.

So, how did this article come about? Well, to be honest, I have been a Pokémon Go player since day one and took a two-year break before returning back to the game in early 2019. During a recent trip to Tokyo for some work, I took the opportunity to explore the Pokémon Go scene around Tokyo, and here is one of my experiences inside a Pokémon Store. 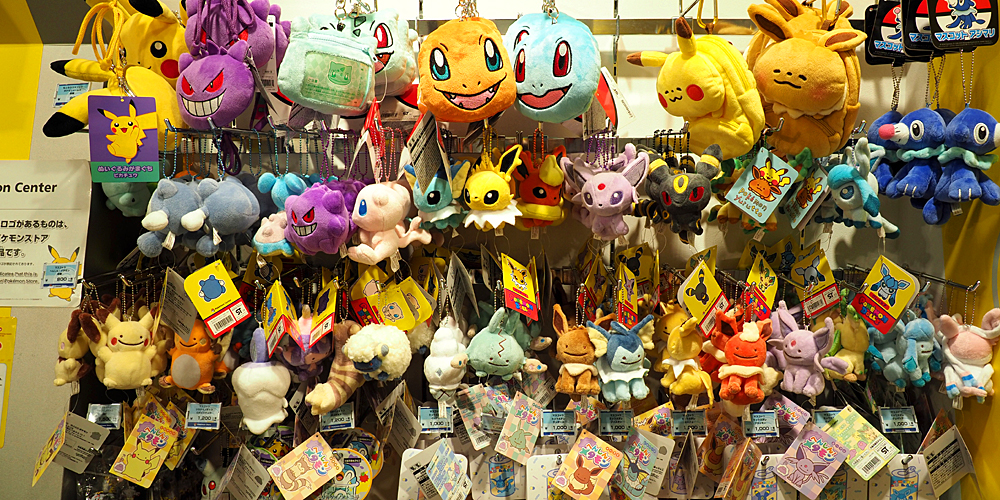 Stuffed Pokémon toys of all sorts.

On walking into the Pokémon Store, I could not believe the number of Pokémon items being sold here. The entrance was very impressive, and the store brightly lit, inviting just about anyone in. Of course, I started to explore every corner of the store to see what was being sold.

In the front of the Pokémon Store, you see the famous Pikachu character, but all dressed in a captain’s uniform. And the good news is that these collectables stuffed Pikachu are area limited, which means you can only buy them from here and not at any other outlet. 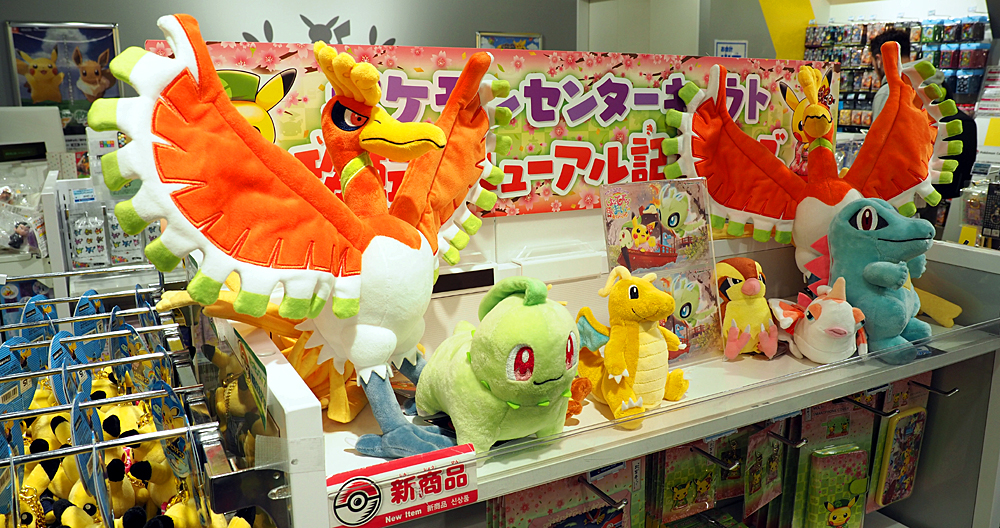 All kinds of Pokémon stuffed monsters in various sizes.

On the left side of the Pokémon Store, rows and rows of various Pokémon characters stuffed toys are on display. Upon checking closely, they were all high quality and not those cheap China made types of stuffed toys.

After all, this is Japan, and they do not compromise quality here. The prices were very reasonable too, as I was expecting them to be slightly on the high side.

All kinds of Pokémon card games being sold as well.

If you are a serious collector of the stuffed Pokémon characters, I would think that you will go crazy here. Almost every character and monster is sold in small to medium sizes. 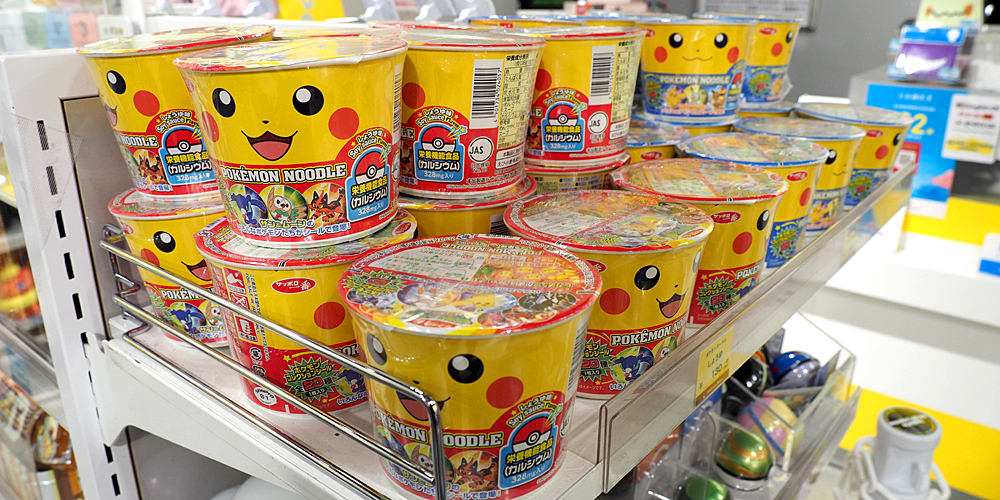 Yes, I caw two flavours of cup noodles in red and blue, but could not make out what they were. I am assuming they were normal flavour and seafood flavoured.

On the right side of the Pokémon Store, there are various Pokémon bags, T-shirts and card games available. And just by the entrance to the store, there is a Pokémon machine where you can get special Pokémon medals stamped there.

Don’t forget the Pokémon stationary for your school kids.

The medal machine is highly popular at theme parks and other places around Japan, and it is a machine that when you put in your money, you can see through a window how the stamping process is done on the medal. These only cost ¥200 a piece, and really nice for those who collect this kind of medal souvenirs.

What Did I End Up Buying?

After spending about 30 minutes here in the Pokémon Store at Narita Airport, I ended up buying the limited edition Narita Airport Pikachu, and two Pikachu key-chains. Honestly, I wanted to buy more items, but to hand carry a bunch of them would be inconvenient. 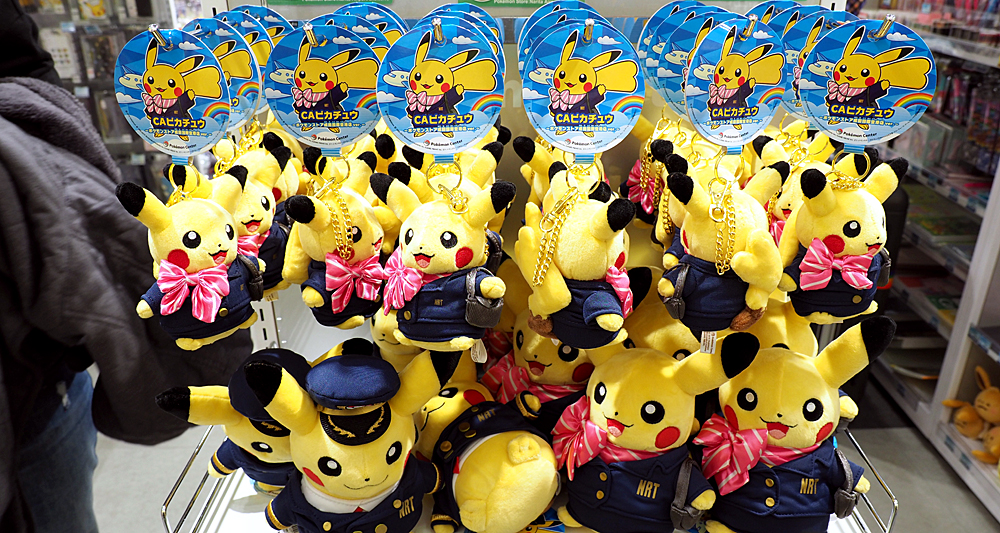 So, as a tip for the Pokémon and Pokémon Go fans, if you are departing from Narita Airport, make sure you have a hand carry luggage with a lot of space in your bag. Otherwise, you may have to just hand carry the Pokémon Store plastic bag with all of your souvenirs.

For those who are departing Tokyo via Haneda Airport, I regret to inform you that there is no Pokémon Store there. Your best option would be to visit the many other Pokémon Stores around Tokyo. 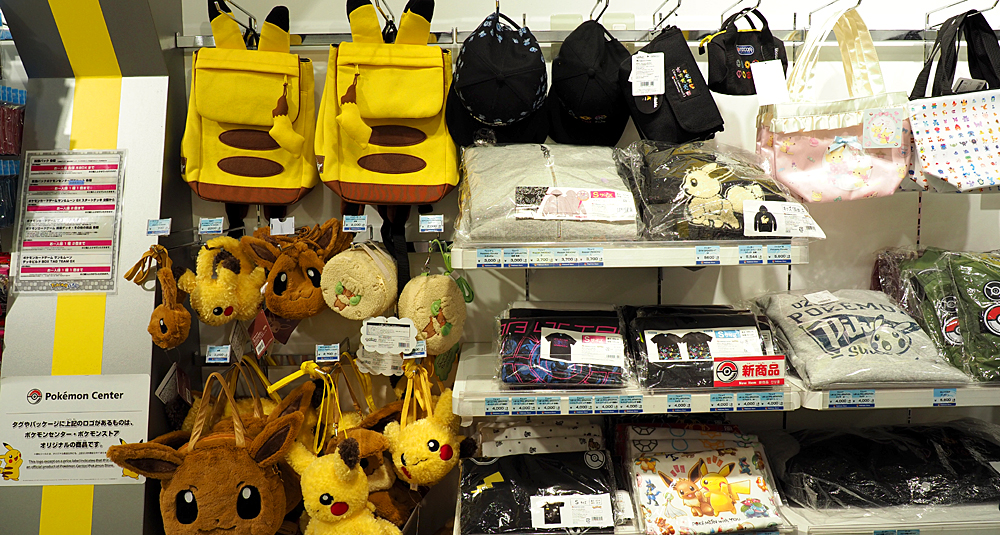 Bags of all sorts are also sold at the Pokémon Store here.

Where are the Pokémon Stores in Tokyo?

For the serious Pokémon and Pokémon Go fans, there are many stores found all over Tokyo, and below is the list of places where you can find them. Of course, the best centre or store to visit would be the biggest one, and that would be the Pokémon Center Mega in Tokyo which is located at Sunshine City. 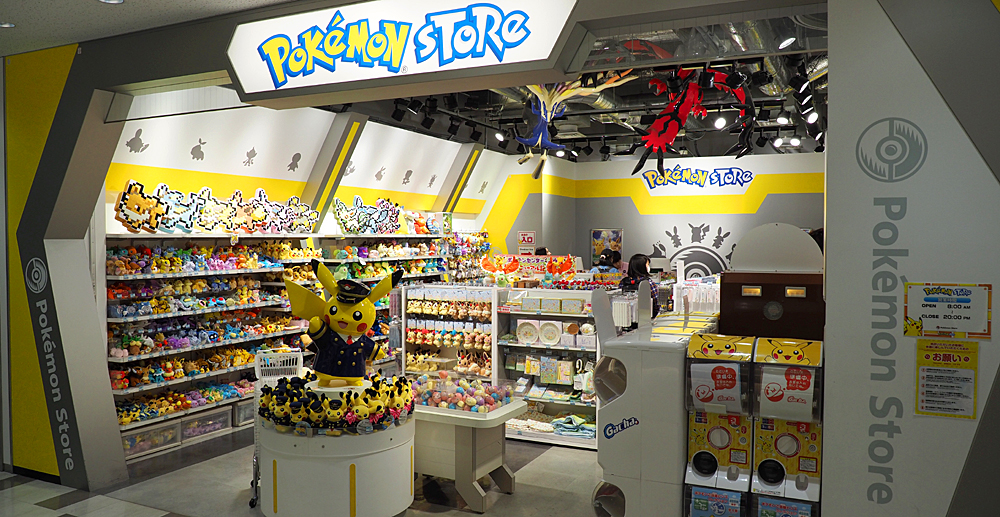 The entrance to the store on level 4 of the airport.

Where is the Pokémon Store in Narita Airport?

The Pokémon Store is located on the 4th floor of Narita Airport Terminal Two, for international departures. The departure level is on level three, so it is just one floor up from there.

When you are in the middle of the departure hall, look for the escalator that leads up to the shopping area. This would be the rightmost escalator, and once you arrive at the top, turn right and the Pokémon Store is there.