The Many-Interesting-Places of Miyagi No ratings yet.

Gokayama: The Neighbour of Shirakawa-go No ratings yet. 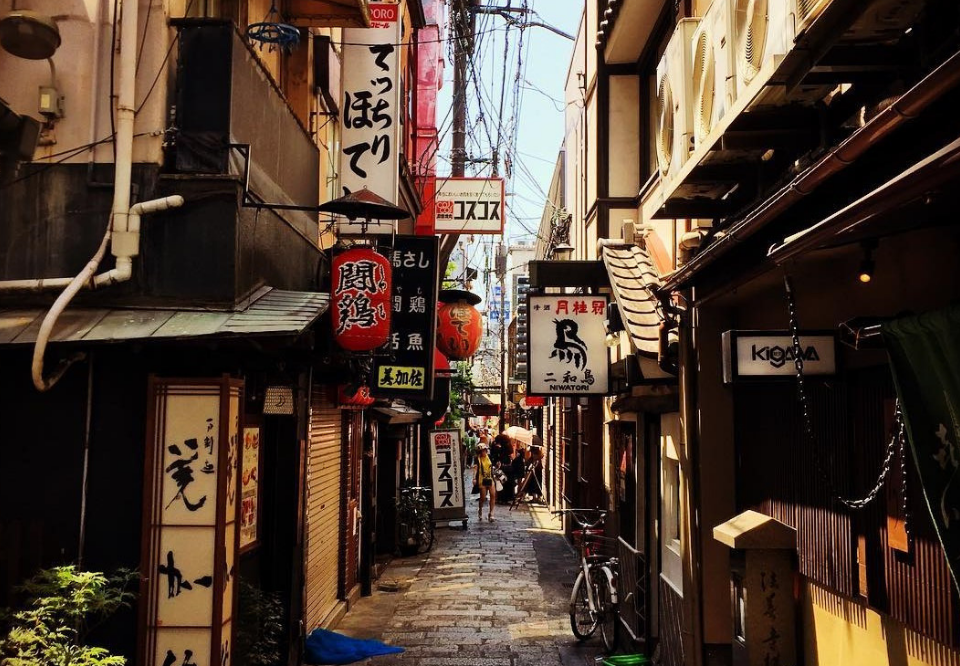 The second largest city after Tokyo, Osaka brings out the best out of everybody through its pop-culture influence, quirky districts and endless food streets. The top rated tourist sites in Osaka would have to be Dōtonbori, Shinsekai and Nipponbashi. This time, we are travelling to other parts of Osaka which are lesser known to tourists, but, famous amongst the locals. After all, what is the point of visiting Japan without going to the local’s recommended spots?

Visit the birthplace of fashion style

This small shopping district is home to hipsters, fashion-forward cliques and vintage shops. Developed since the 1970s, American Village or as the Japanese call it ‘America-mura’ or ‘Amemura’, locals especially, love to come here to hang out, eat and shop. This ongoing trend has slowly attracted many foreigners to visit America-mura to see what the excitement is all about.

Firstly, as you walk along the streets, make sure you tilt your head to the street lights. The lights are made to look like a human holding street signs or lights and there are over 50 of these throughout America-mura. In addition, what is America without the Statue of Liberty? The famous statue can be seen standing on top of the New American Plaza building. It is definitely a not-to-miss sight. 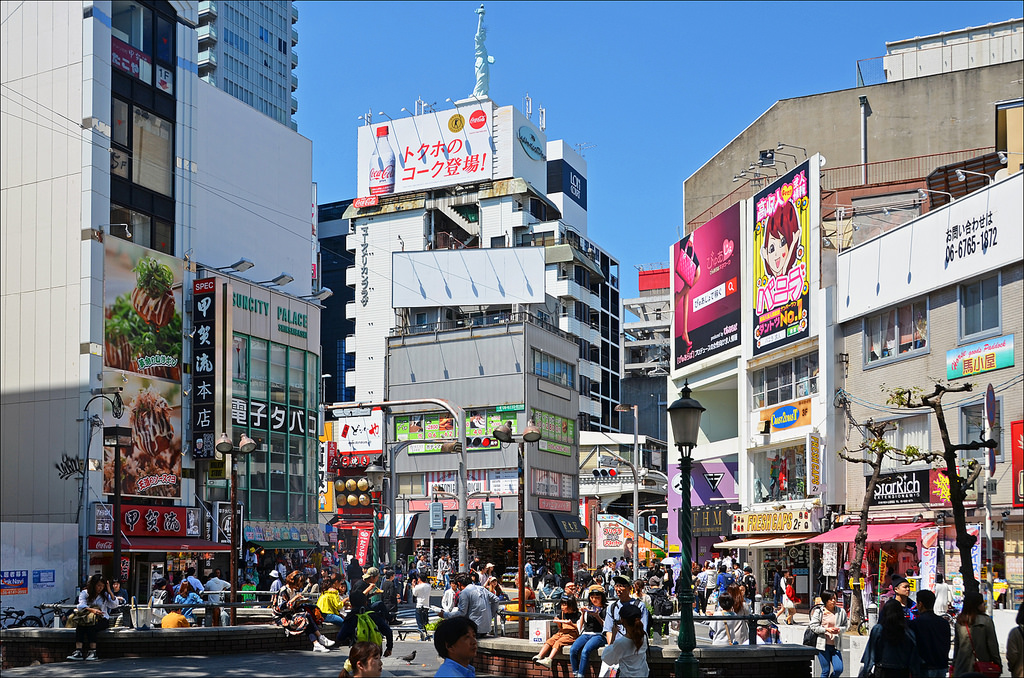 For clothes, you can go thrift shopping at ‘Today Special’, ‘American Long River 55’, and a big shopping complex called ‘Big Step’. These stores sell vintage clothing from the 90s that are mostly imported from the USA. 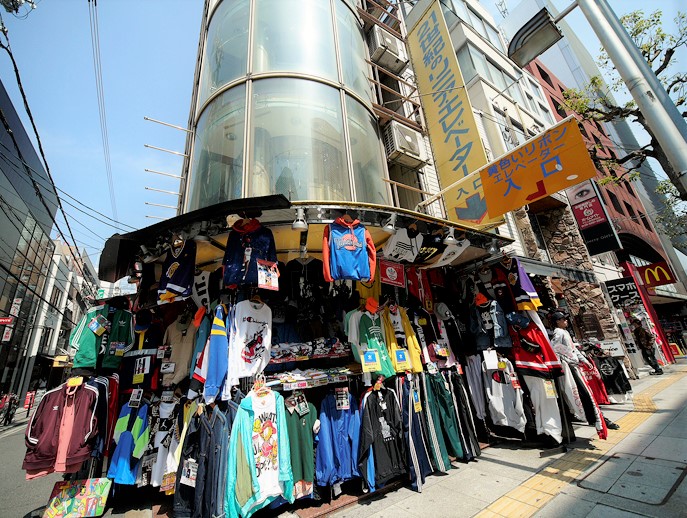 Have you ever seen a tall soft serve ice-cream before? Well, welcome to the home of the longest soft serve in Japan. To get this, find a small shop called ‘Long Softcream’ to taste and show off to your friends the 40cm soft serve. Make sure you eat and hold the cone in an upright position, otherwise, it might fall. 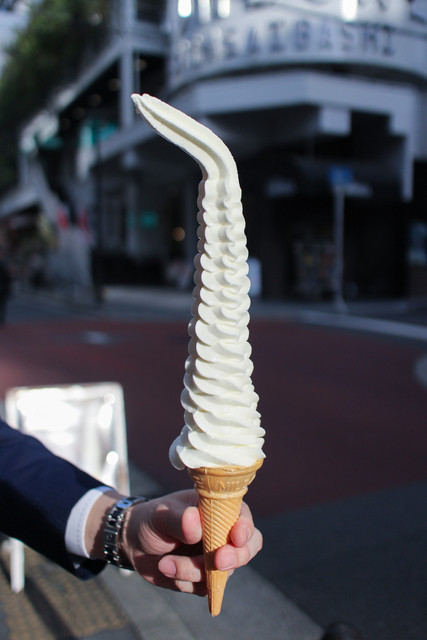 To catch live performances, you can head to Triangle Park or known as Sankaku Koen. The open space area is the visitors’ most popular place to hang out while watching the shows. 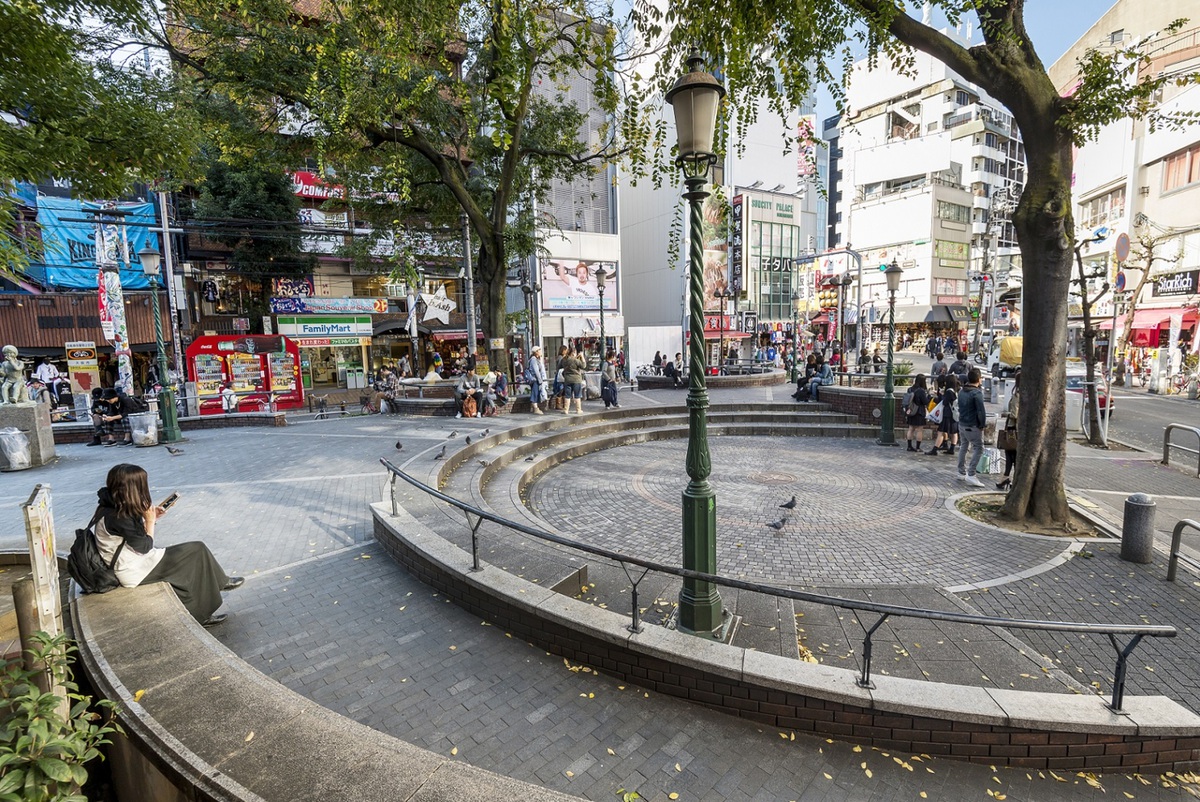 A symbolic icon and a top photo spot in America-mura is a wall painting called ‘Peace on Earth’ by Seitaro Kuroda back in 1983. Keep up with the fashion trends only in America-mura. 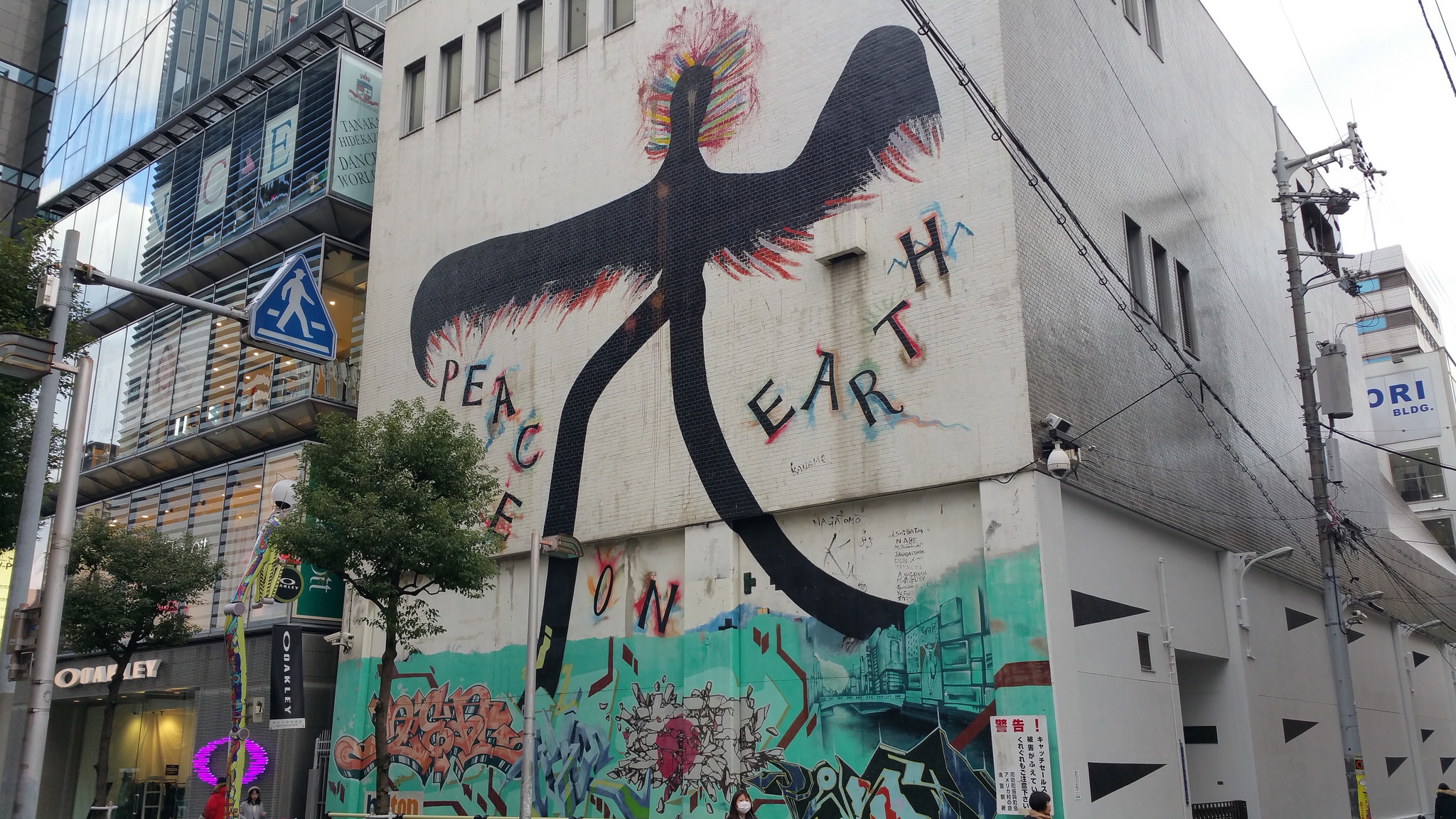 Image Source: Colourourcity on Flickr/CC BY 2.0

Shop for only 1 Yen

Most tourists only recognise Don Quijote or AEON as their go-to supermarkets, little did they know that a much cheaper supermarket chain called Super Tamade is the best place to go grocery shopping. A bright neon yellow light lit up the ‘Super Tamade’ sign as it opens 24 hours daily. With plenty of discounted items, this place is a great bargain for most people. On top of that, their products are mostly fresh. 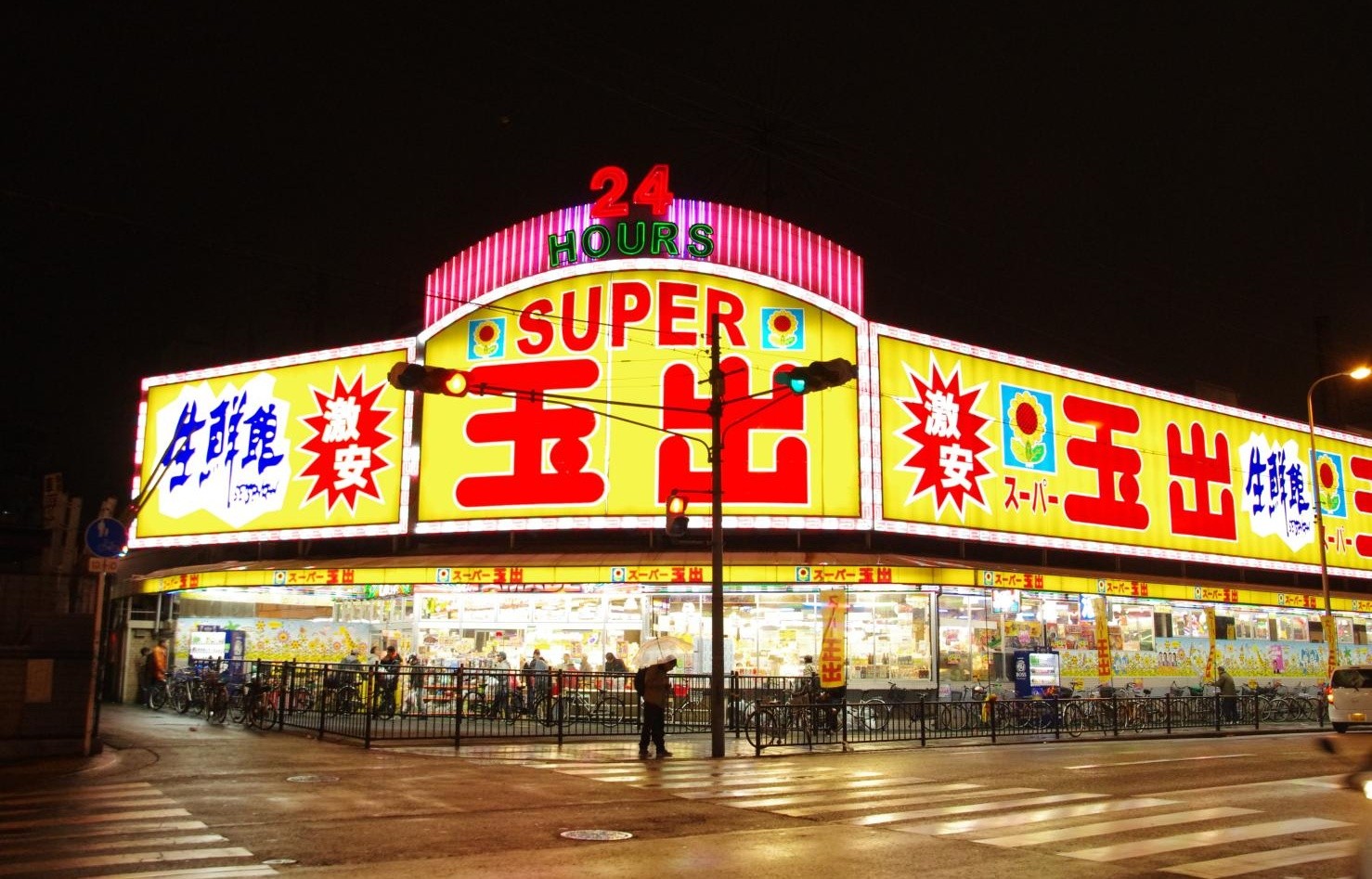 Image Source: All About Japan.

You can actually get items as low as ¥1 such as instant noodles. Also, one of the stores’ policy is when your receipt reached ¥1,000, you can pay one of the items for only ¥1. In Osaka alone, there are over 50 Super Tamade outlets. Stop by at Super Tamade to save your cash.

Travel back in time by entering Hozenji Yokocho Alley. A secluded area in the midst of Dotonburi and Namba, this alley has been around for many years. Not many people acknowledge the existence of Hozenji Yokocho Alley due to its narrow and awry façade. Along the streets, especially at night, you will be accompanied by lantern lights as well as small food stalls and bars. 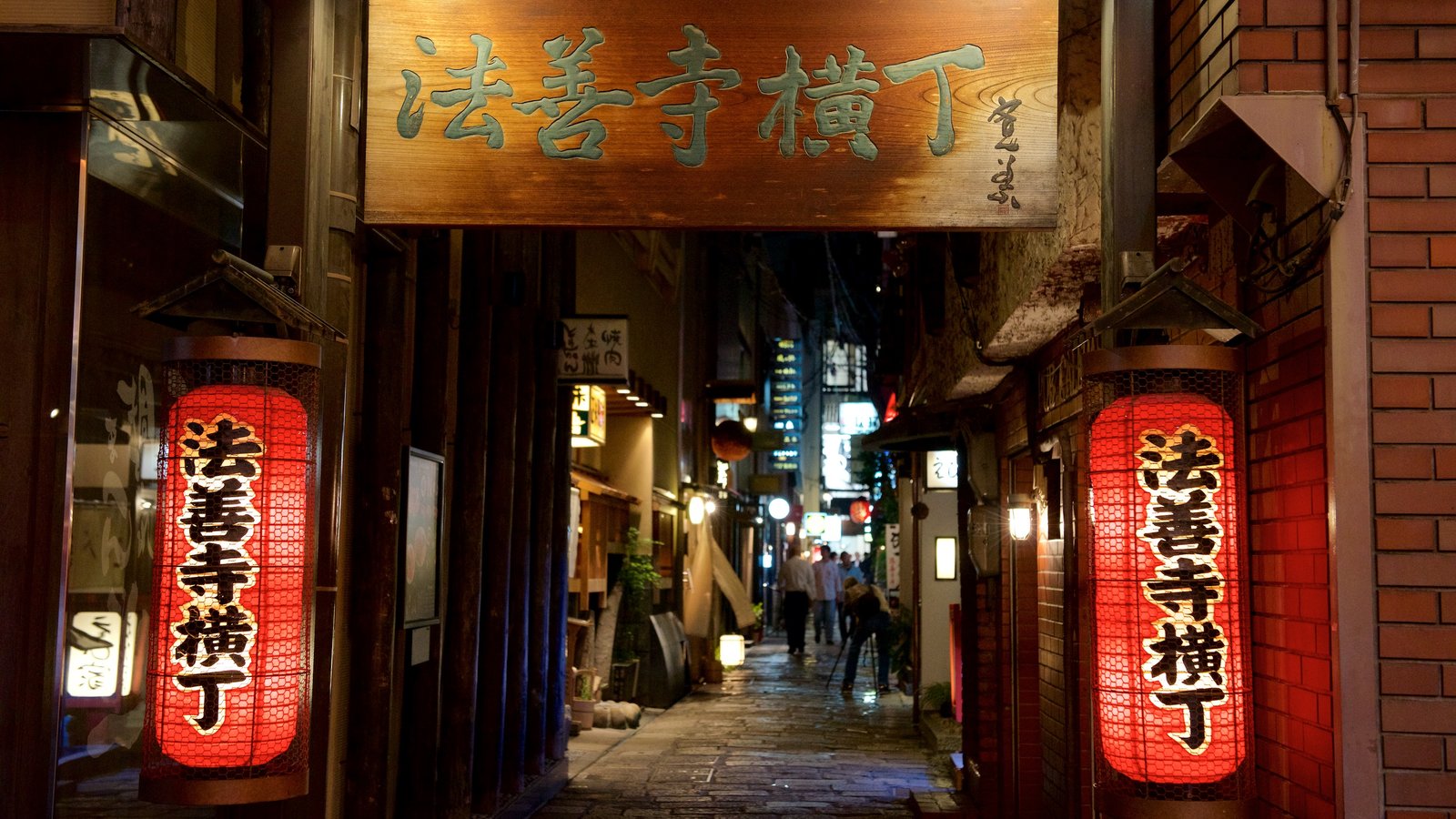 Besides that, you will find various Japanese foods here such as teppanyaki, okonomiyaki, katsudon and many more. Look out for Hozenji temple which was constructed in the 16th century. During World War II, the entire place was destroyed because of the bombing, but, there is one Buddhist statue called Fudo Myo-o that survived the incident. 80 years ago, a woman came to the statue to make wishes while she sprayed water on it. Then, her wishes came true miraculously. Since then, people have been visiting the famous statue to make a wish by throwing water until it is now fully covered with moss. 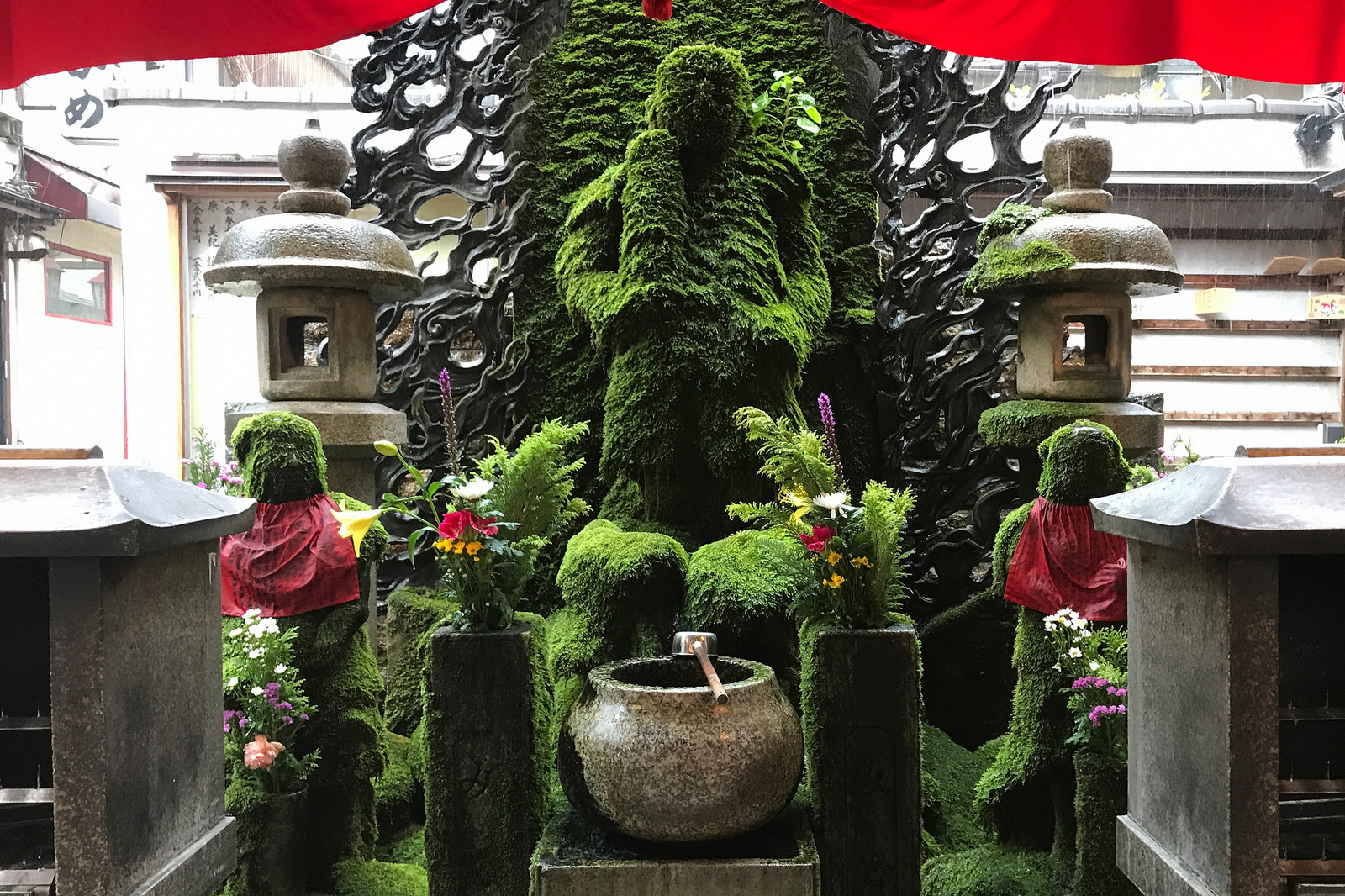 Go-Kart along the streets of Osaka

While playing Mario Kart video game, have you ever fantasized about what it feels like to be on the real kart? Well, make your dream comes true at MariCAR Osaka! Most favourable things to do in Japan by most tourists and even the locals, MariCAR Osaka opened its business in 2016 after becoming a hit in Tokyo, Yokohama and Okinawa. You can ride the kart by renting cool characters costumes such as Mario, Pikachu, Luigi and more. 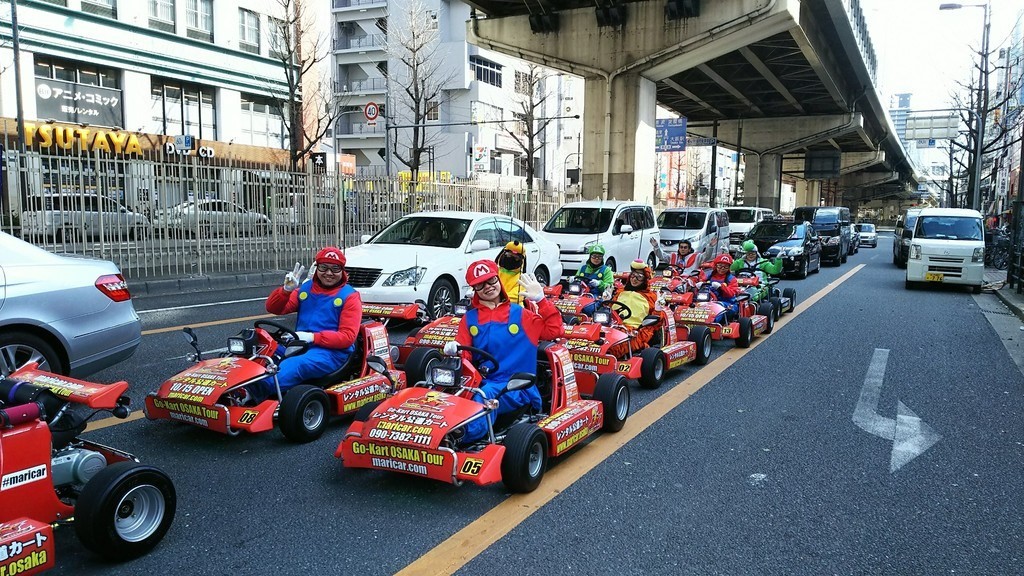 The 2 hours ride will take you on tour around Osaka’s famous landmarks like Osaka Castle, Namba and Umeda. Of course, you can’t drive the kart as you did in Mario Kart, therefore, you need to follow some ground rules.

Apart from that, driving a kart doesn’t mean you can break the road and traffic rules. You still have to queue up at traffic lights and not to run over the pedestrians. If you are interested to go on a Mario Kart tour around Osaka, please be sure to make a reservation. 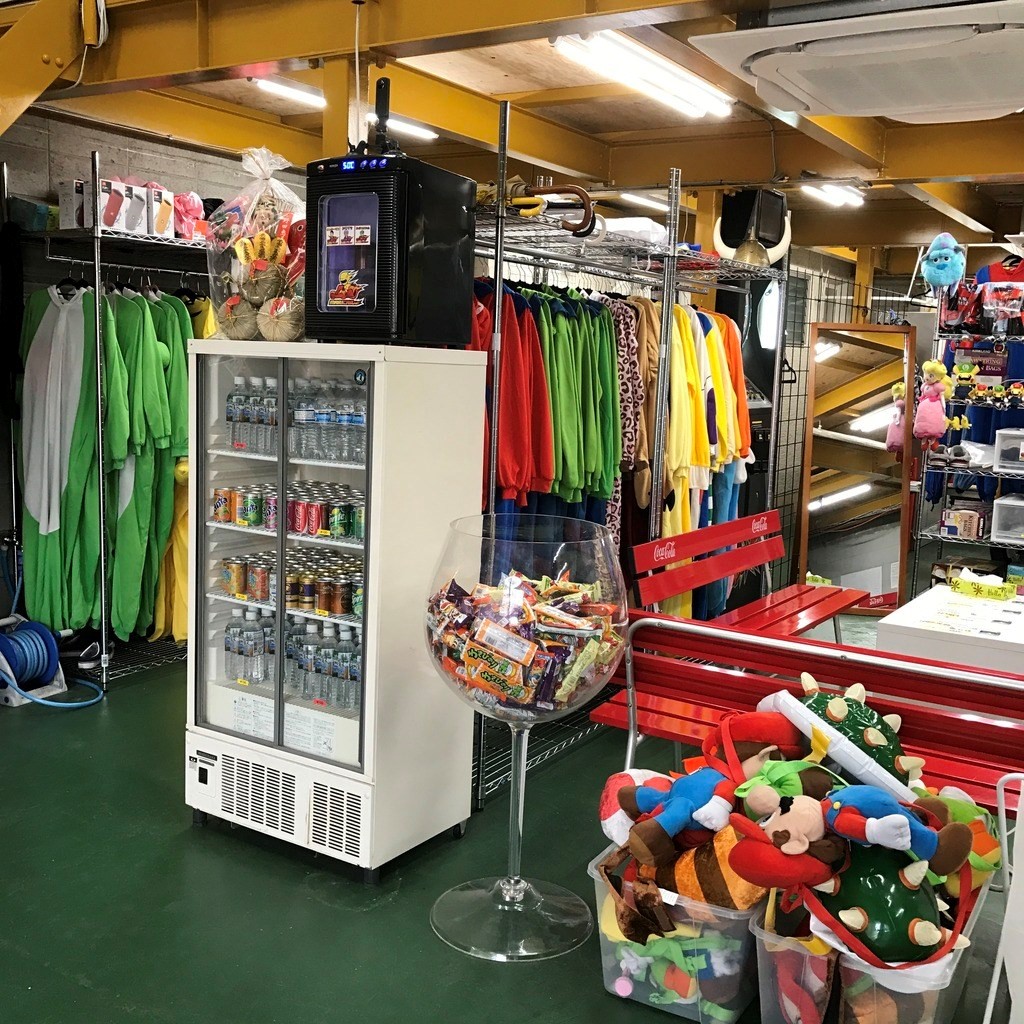 What is a car ride without blasting loud music, right? The kart features a Bluetooth speaker that enables you to play your own music throughout the ride. You can also talk to your friends using its communication device. If you want to film your driving experience, you may rent MariCAR camera too.

More than just a building

Built on the same site of what used to be Osaka Stadium is a unique structure called Namba Parks. This shopping mall boasts nine floors, complete with cinema and a rooftop area. At the centre of the mall, you will notice that the wall is designed in a curve path and it somehow resembles a canyon. This park was constructed and designed by Jon Jerde. 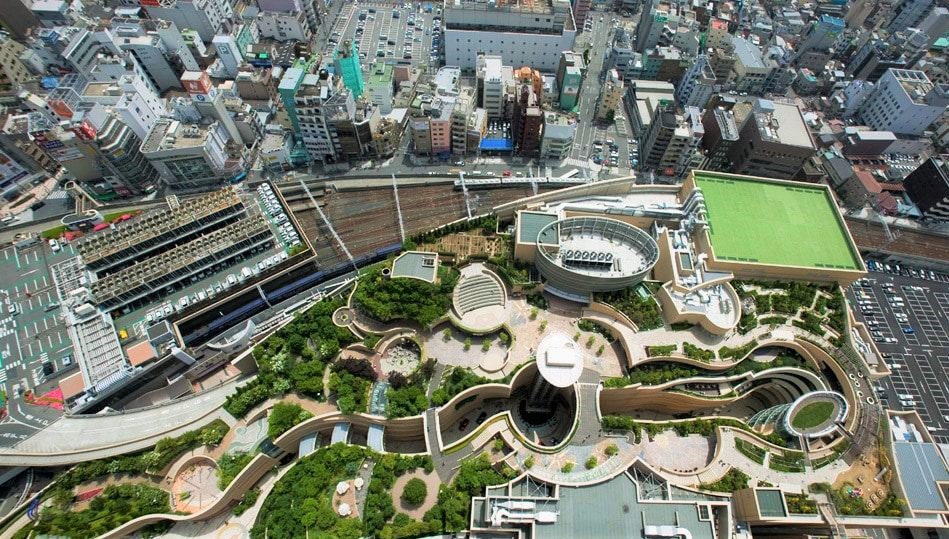 Play arcade games for only 50 Yen

A hidden arcade centre that is very popular among locals has more than 100 games from Tekken, Street Fighter, Mortal Kombat and other old-school games. The best part about Monte 50 is that each game costs only ¥50! The game centre has three floors and they allow people to smoke inside the building, but it can be quite irritating to some. Other than that, you can also browse all the games they provided at the centre through their official website. 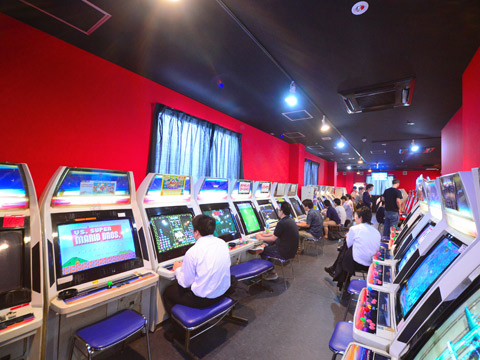