Gokayama: The Neighbour of Shirakawa-go No ratings yet. 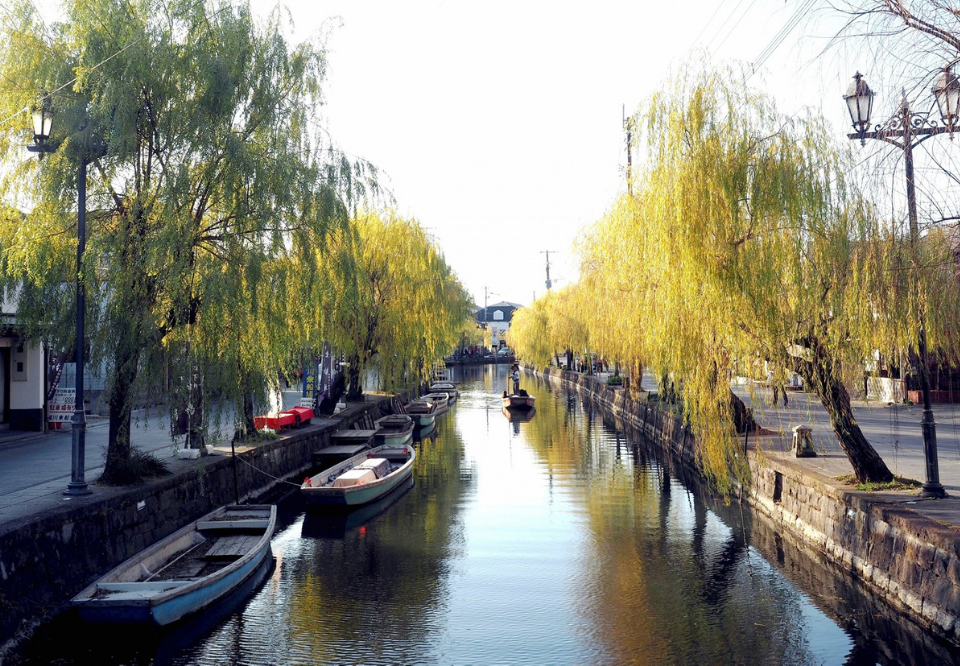 Apart from being a metropolitan with great food and abundant shopping opportunities, Fukuoka also makes a good base to explore the surrounding areas each with its own distinct history, culture, and scenic places. Venture out of the city and you will find plenty to see and do. In this article, I will introduce five-day trips you can take from Fukuoka. 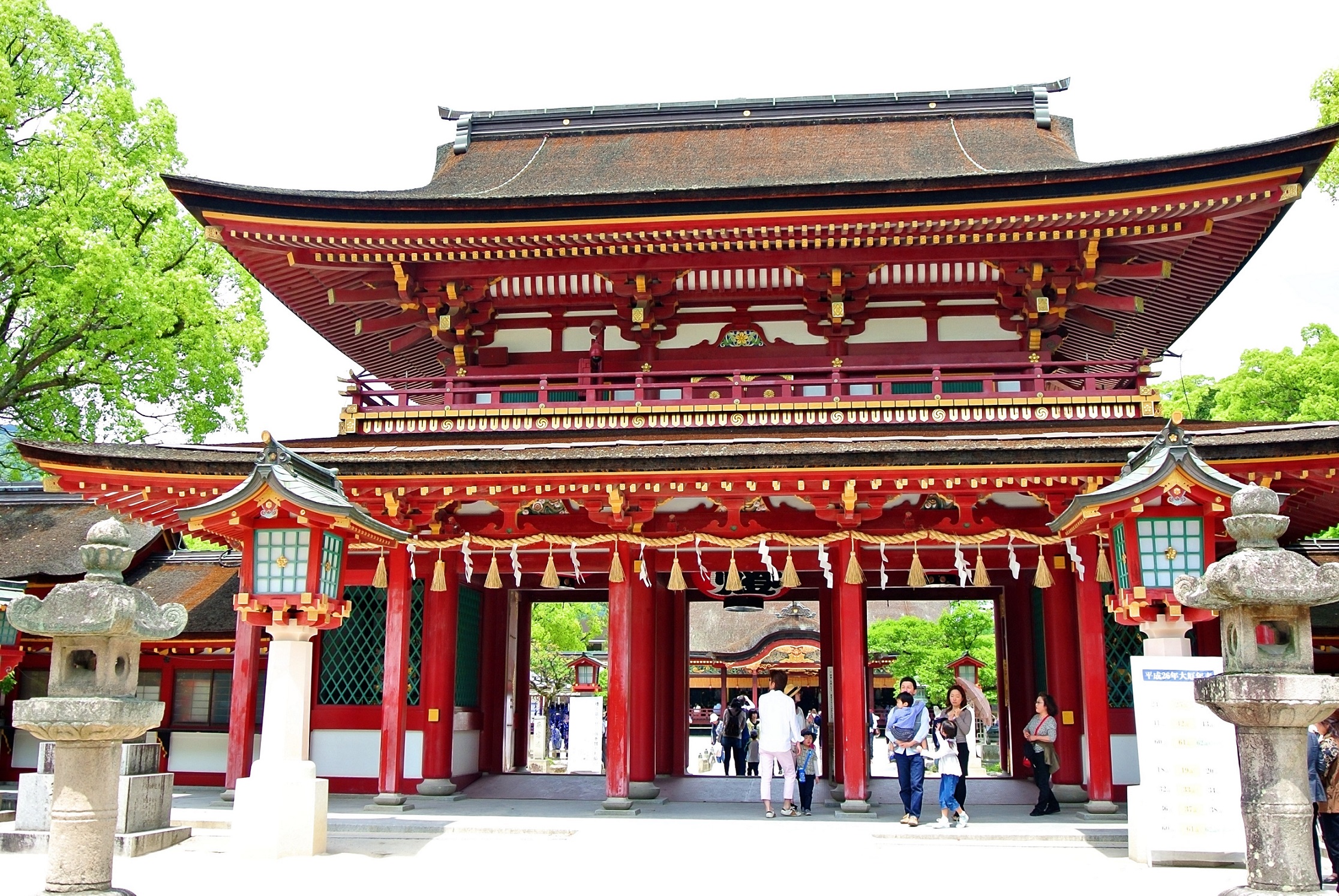 A historically important city, Dazaifu was the administrative capital governing the Kyushu region back in the 7th century. Today, it has become a popular day trip destination with a number of sights worth visiting.

Dazaifu Tenmangu is undoubtedly the most famous. Founded in 919, Dazaifu Tenmangu is a shrine built on the gravesite of Heian period scholar Sugawara Michizane, deified as Tenman Tenjin the god of literature and education. The shrine is very popular with students who come to pray for success in exams. It is also known for its 6,000 plum trees which yield beautiful plum blossoms between February and March. 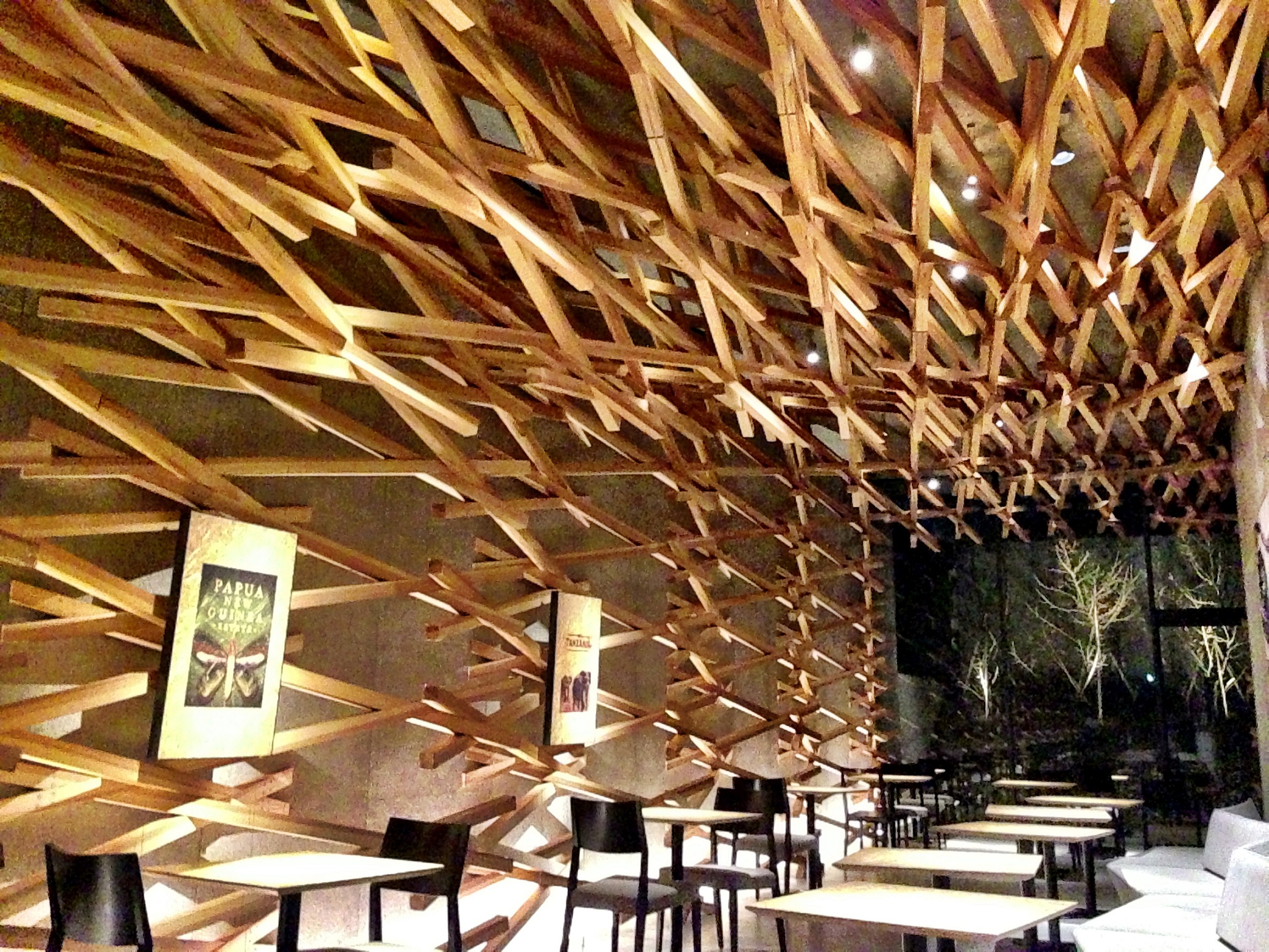 The Kyushu National Museum is a pretty impressive museum focusing on Japan’s cultural interactions with Asia and Europe from the Paleolithic until the end of the Tokugawa period. Its interactive features and hands-on workshops are perfect for families with kids.

You can also visit Komyozen-ji Temple for its beautiful Zen gardens; it is only a few steps away from Dazaifu Tenmangu. Last but not least, the Starbucks Coffee in Dazaifu is world famous with its iconic wood lattice design by architect Kengo Kuma. Be sure to drop by and check out the masterpiece yourself!

How to go: Take the Nishitetsu Tenjin Omuta Line to Futsukaichi Station 二日市駅, then transfer to the Dazaifu Line and get off at Dazaifu Station. 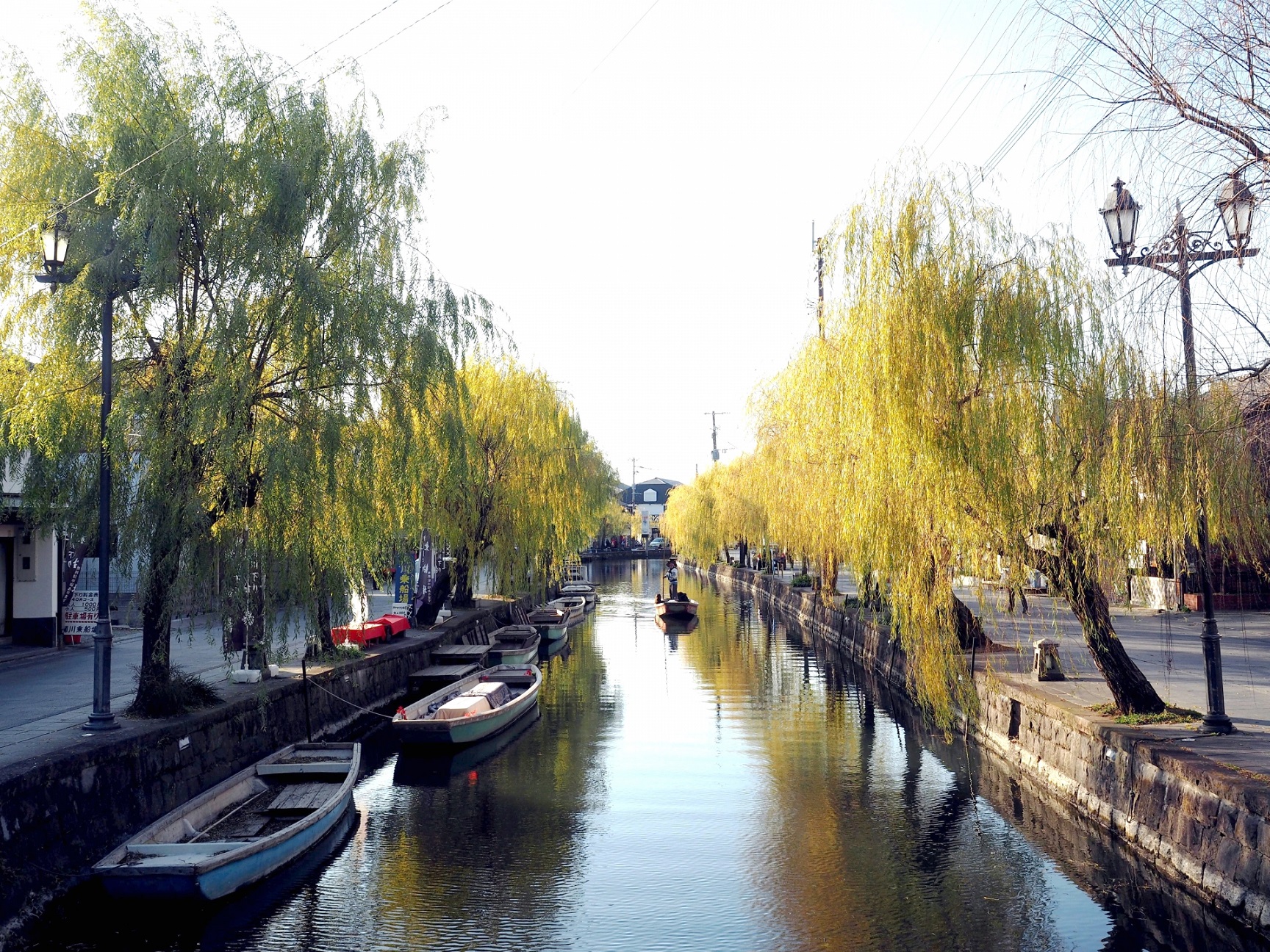 Located about an hour from Fukuoka, Yanagawa is a water city with a sprawling network of canals, including the moats of the now destroyed Yanagawa Castle which you can explore by walking along the water, or by taking a Kawakudari boat ride that allows visitors to see different parts of the city while listening to the boatman’s songs and stories.

During the Edo period, Yanagawa flourished as a castle town under the Tachibana clan. The former residence of the ruling family is still standing today, having been turned into a hotel and restaurant named “Ohana“. It is also open to the public its splendid Shotoen Japanese garden, Ohiroma state guest house, and family museum with a collection of treasures and artefacts such as swords and armour used by the former lords. 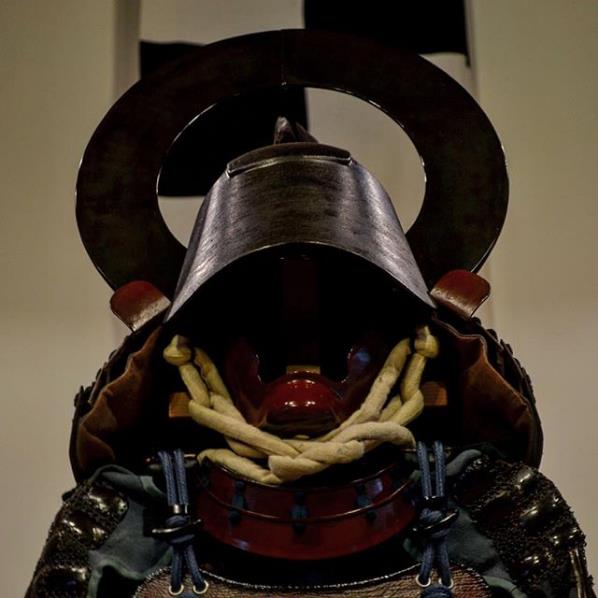 Also, don’t forget to try Yanagawa’s famous steamed eel rice (unagi-no-seiro-mushi) at one of the many eel restaurants in the city. If you visit Yanagawa in summer, do not miss the Yanagawa Sunflower Garden which sees 500,000 sunflowers stretch as far as the eyes can see! It is open from mid to end of July, with a shuttle bus available between the garden and Yanagawa Station.

How to go: Take the Nishitetsu Tenjin Omuta Line from Fukuoka Station to Yanagawa Station. 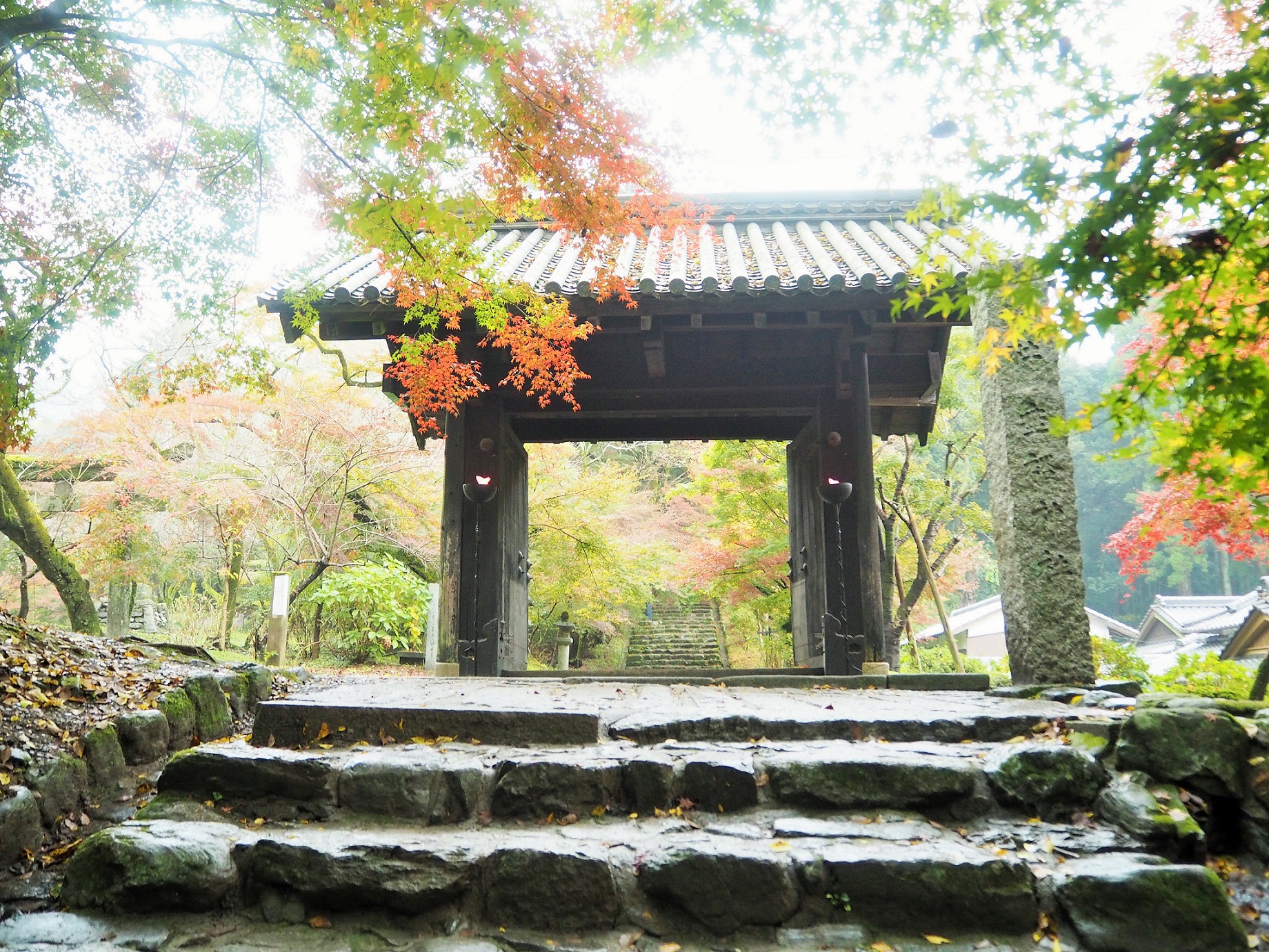 An old castle town with a beautiful name (means autumn moon), Akizuki is located in Asakura city about 70 minutes by train from Fukuoka. It is home to the Akizuki Castle Ruins and a number of historical sites.

Akizuki Castle was first built by feudal lord Akizuki Taneo in 1203. Resided by the Akizuki clan until the 16th century, it was later taken over and rebuilt by Kuroda Nagaoki in 1623, after which it became the residence of the ruling Kuroda clan for generations until the Meiji period. Among the remnants of the castle that can still be seen today is Kuromon, which was originally the castle’s front gate but now serves as the gate to Suiyo Shrine dedicated to Kuroda Nagaoki. 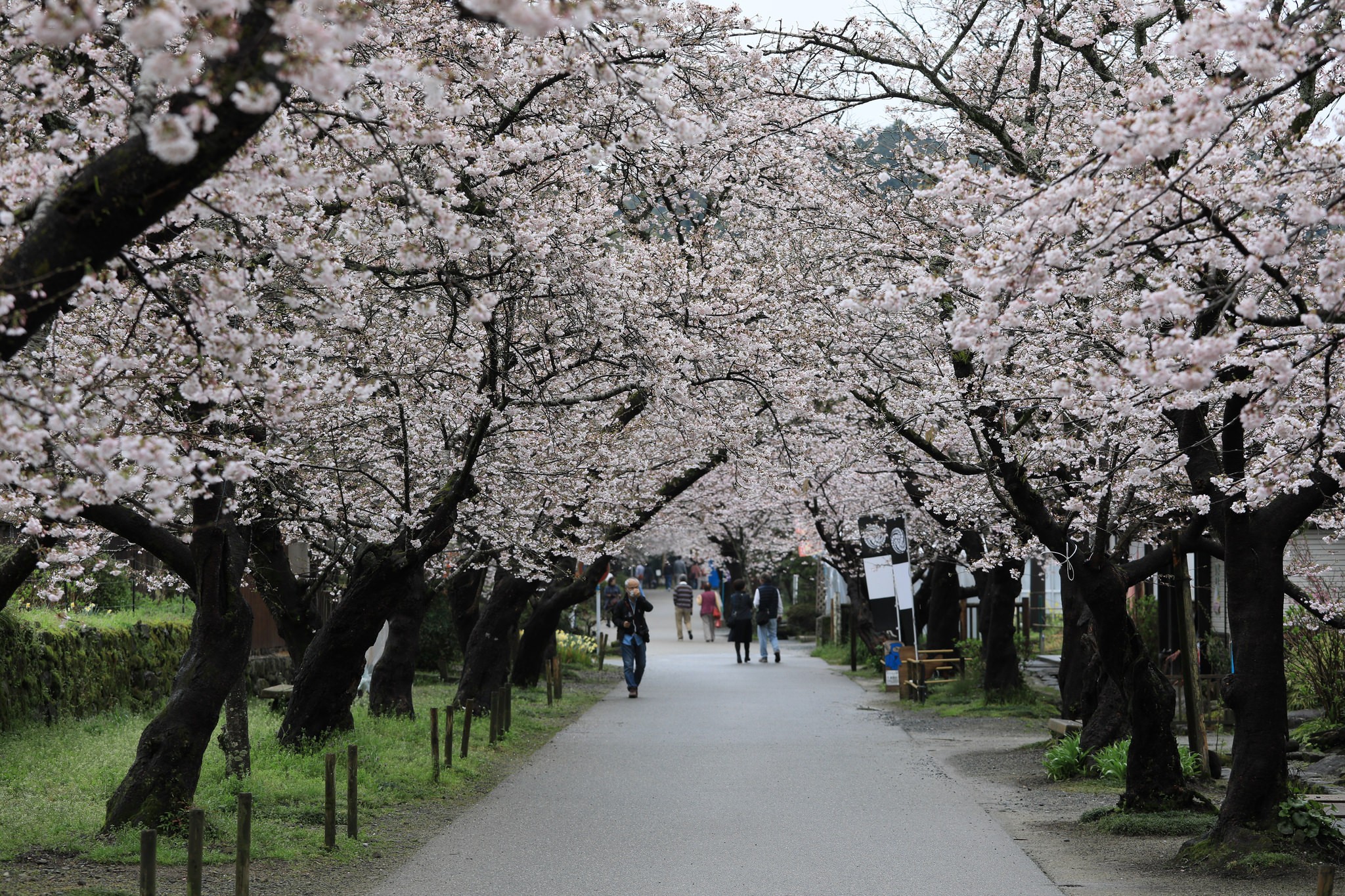 Enjoy the atmosphere as you take a leisurely stroll through the charming small town, it is especially popular in spring when the cherry blossoms are in full bloom and in autumn during the koyo season. Other notable sights include the Megane-Bashi or Spectacle Bridge which was built in 1810, as well as museums and old manor of a senior vassal which you can visit to learn about Akizuki’s history and culture.

How to go: From Amagi Station 甘木駅 on the Amagi Railway Amagi Line, take an Akizuki-bound bus to Kyodokan-mae 博物館前 stop and walk for 10 minutes. 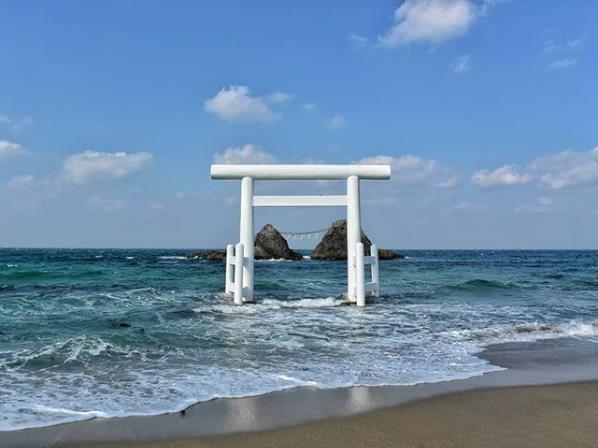 A seaside city with blue skies, sandy beaches and a gorgeous sunset, where you can surf, enjoy barbeque, relax at hip beachside cafes, and sample fresh oysters or other seasonal seafood. Itoshima is about 45 minutes by train or 30 minutes by car from Fukuoka.

One of the top sightseeing spots here is Sakurai Futamigaura Beach. With the Meoto Iwa (wedded rocks) and a pure white torii gate, it sure looks like a photographer’s dream! Make sure to head inland and pay a visit to Sakurai Shrine. Established in 1632, it is an atmospheric shrine situated in a tranquil forest. 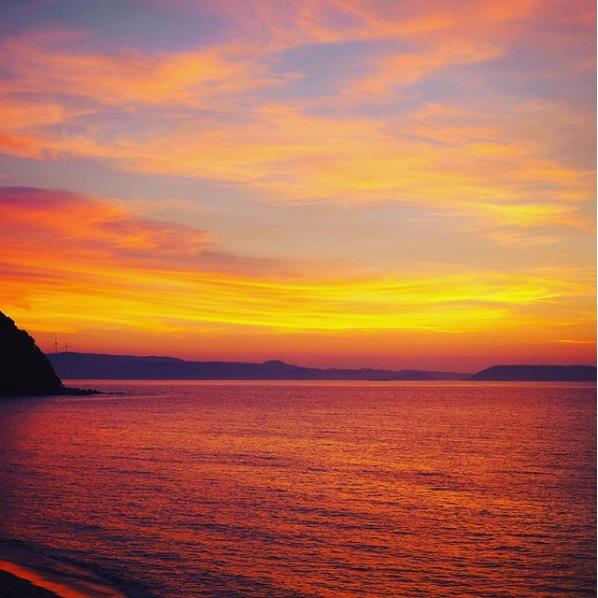 Anego Beach is also famous. When you walk on the beach, the sand sings! This phenomenon, created by the friction of quartz sand, is very rare and found only on clean beaches with little pollution. Keya Beach is a favourite among families due to its clear, shallow waters. Between March and November, you can sign up for a boat trip to the impressive Keya no Oto, Japan’s largest basalt rock cave that highlights the natural beauty of Itoshima.

But note that buses to the sights are very infrequent and the attractions are far away from each other, check the bus timetables beforehand or ideally, explore the city with a car. 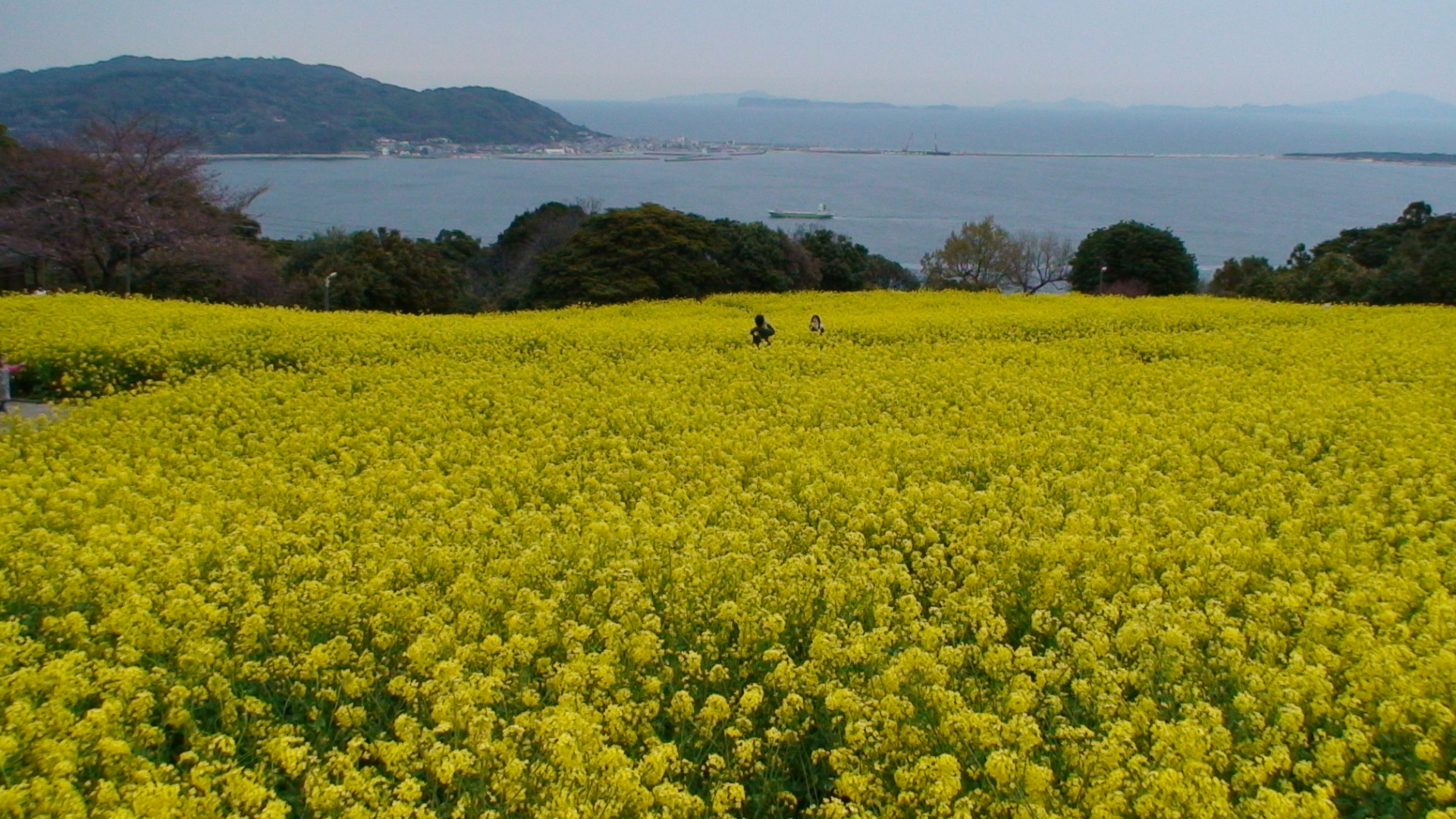 Located in the Hakata Bay, Nokonoshima is only 10 minutes from the city centre by ferry and has been an oasis for the citizens of Fukuoka to enjoy nature and outdoor activities. People visit the island for fishing, swimming, camping, hiking and more often than not, the beautiful seasonal flowers at Nokonoshima Island Park.

Opened in 1969, the park is a very popular tourist spot offering stunning views of the flower fields and the sea. Visitors can enjoy blooming flowers through the seasons, such as sakura and rape blossoms in spring, sunflowers in summer, cosmos in autumn, and narcissus in winter. During the summer months, you can even pick your own flowers and take them home! 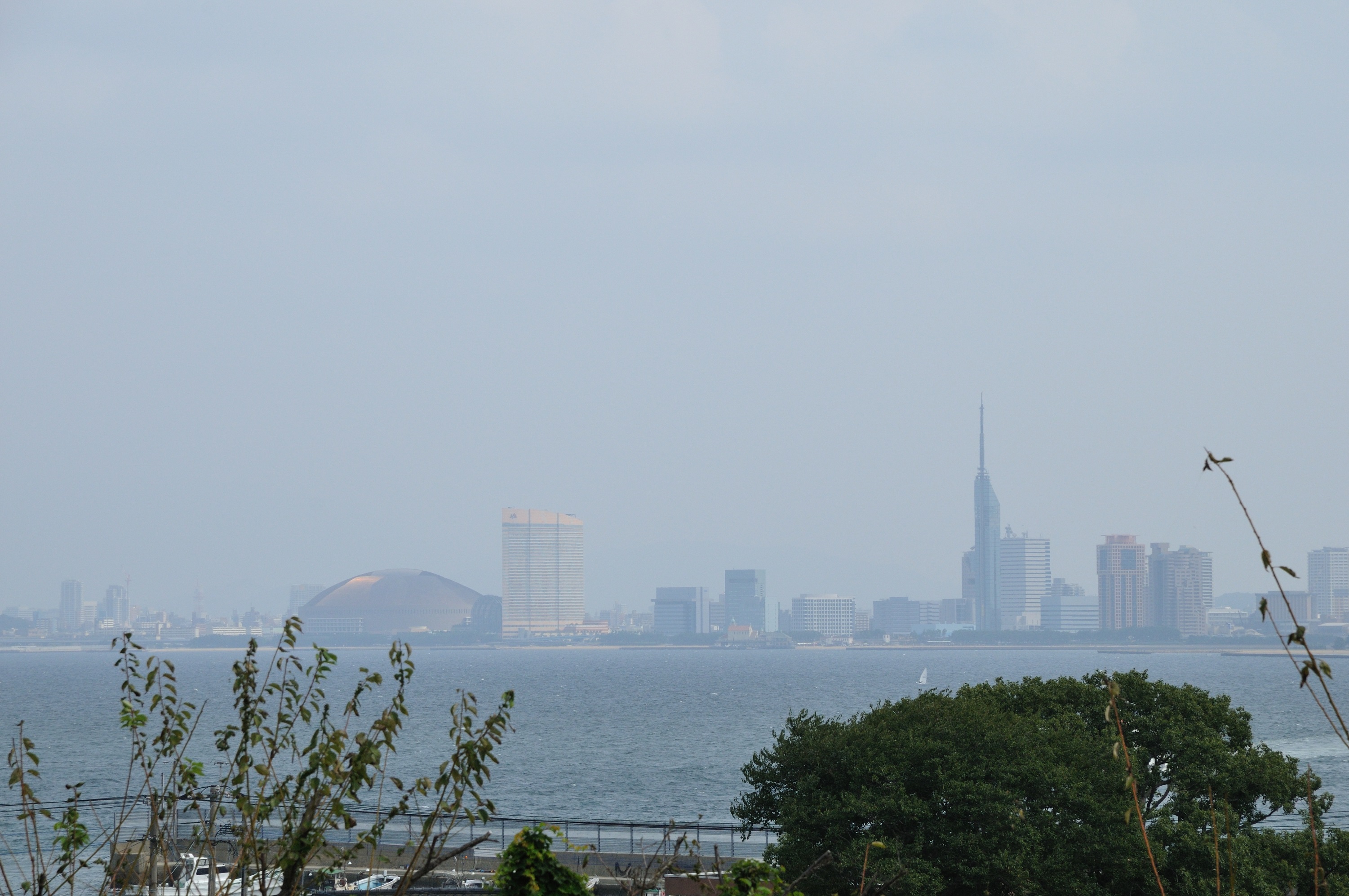 Besides the park, you can also get a map from the tourist information centre near the ferry terminal and explore the island a little by walking around. Fukuoka’s skyline from the island is a sight to behold. Be sure to try Noko udon and Noko cider too, they are among the local specialities on Nokonoshima.

How to go: From the bus stop located at the North Exit of Meinohama Station 姪浜駅 (Subway Kuko Line), take a Nishitetsu Bus to Meinohama Ferry Terminal 姪浜渡船場, then board the ferry to Nokonoshima.