How to Travel By Bus to Nara, Japan No ratings yet.

Do You Know These Michelin Starred Ramen Shops in Tokyo? No ratings yet. 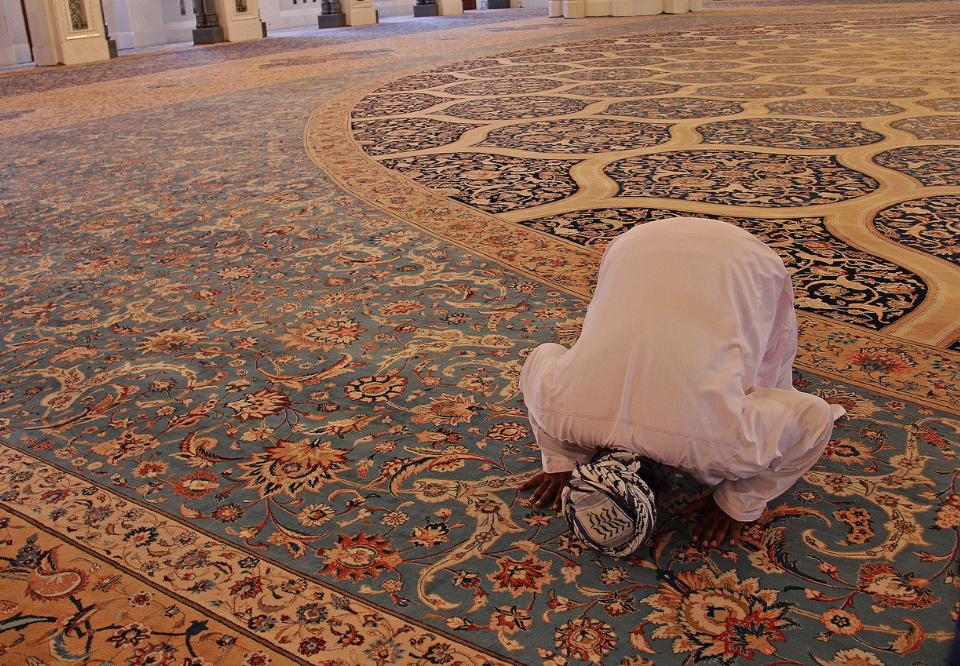 Since there are many Muslim tourists came to Japan each year, the small Muslim community determined to build more mosques in order to cater their needs to perform daily prayers . Apart from mosques, some of Japan’s hotels and shopping malls also provide prayer rooms and spaces. These huge efforts have attracted more Muslims to come to Japan without worrying about finding mosques as well as Halal restaurants.

Besides Kanto or Kansai region, Kyushu has grown popular in terms of tourism. Many Muslims visit this part of the region to explore the other side of Japan. Let’s explore mosques and prayer spaces that you can go here in Kyushu. 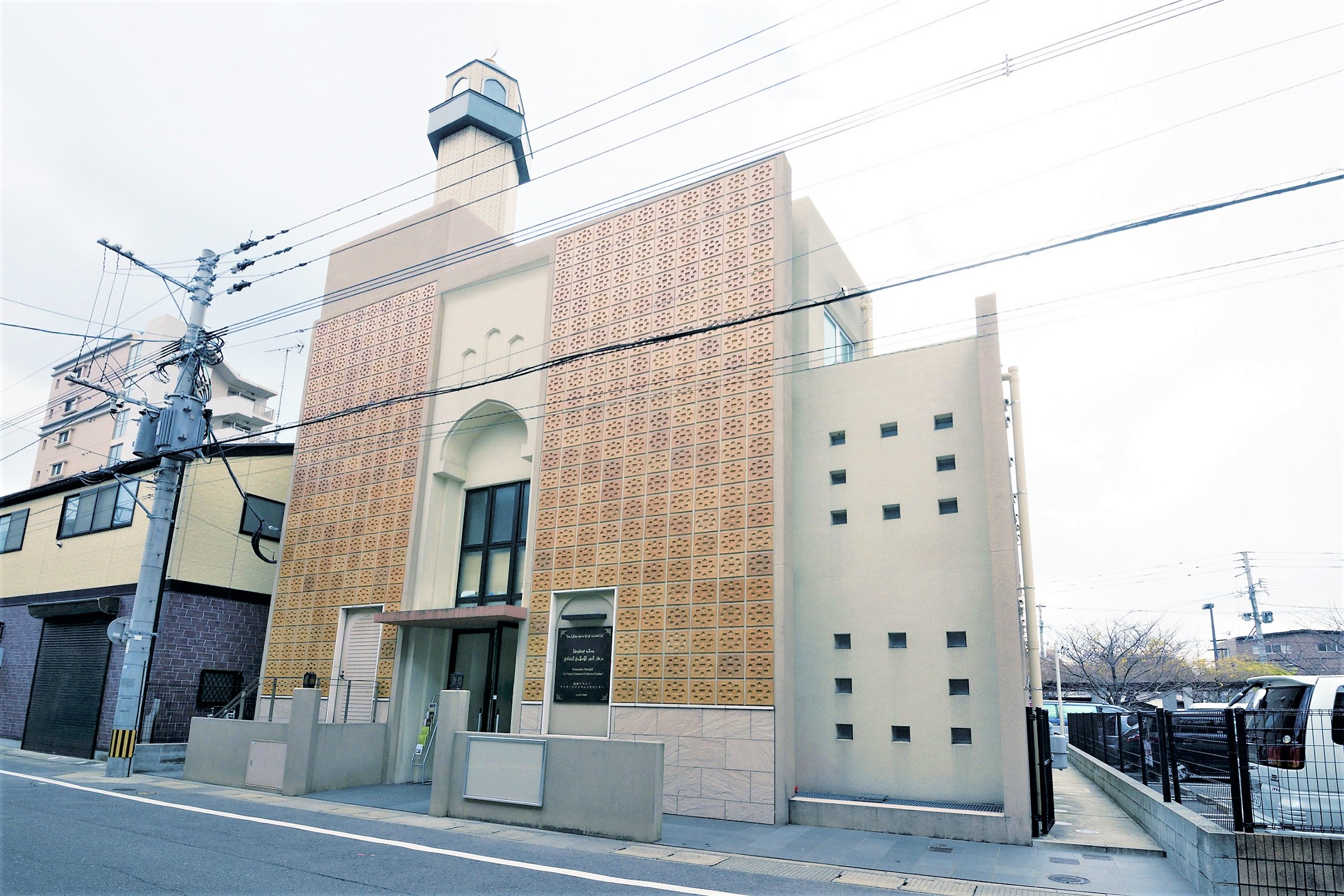 Fukuoka Masjid is the first mosque constructed in the Kyushu region. The building completed its structure in 2009 after years of raising funds to build the institute. Fukuoka Masjid Al Nour Islamic Culture Center provides praying facility for approximately 1,000 Muslims in the area. Besides that, they also offer services for Muslims and non-Muslims to learn about Islam in depth and provide classes such as Arab lessons, cooking class and occasional sharing session.

In addition, the mosque is qualified to perform Muslims funeral prayers, marriage and converting to Islam services. In total, there are two floors and a multi-purpose basement in the mosque where men will pray on the first floor, while, women on the second floor. In the basement, they provide a library and a kitchen that can be fully utilized by all. 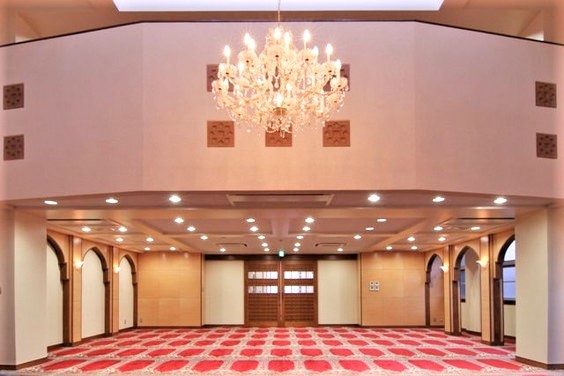 From time to time, the mosque will organize Muslim-related talks with special guests. You can refer to their website for updates on activities. Overall, Fukuoka Masjid will be able to give Muslims the convenience they need when travelling to this region. 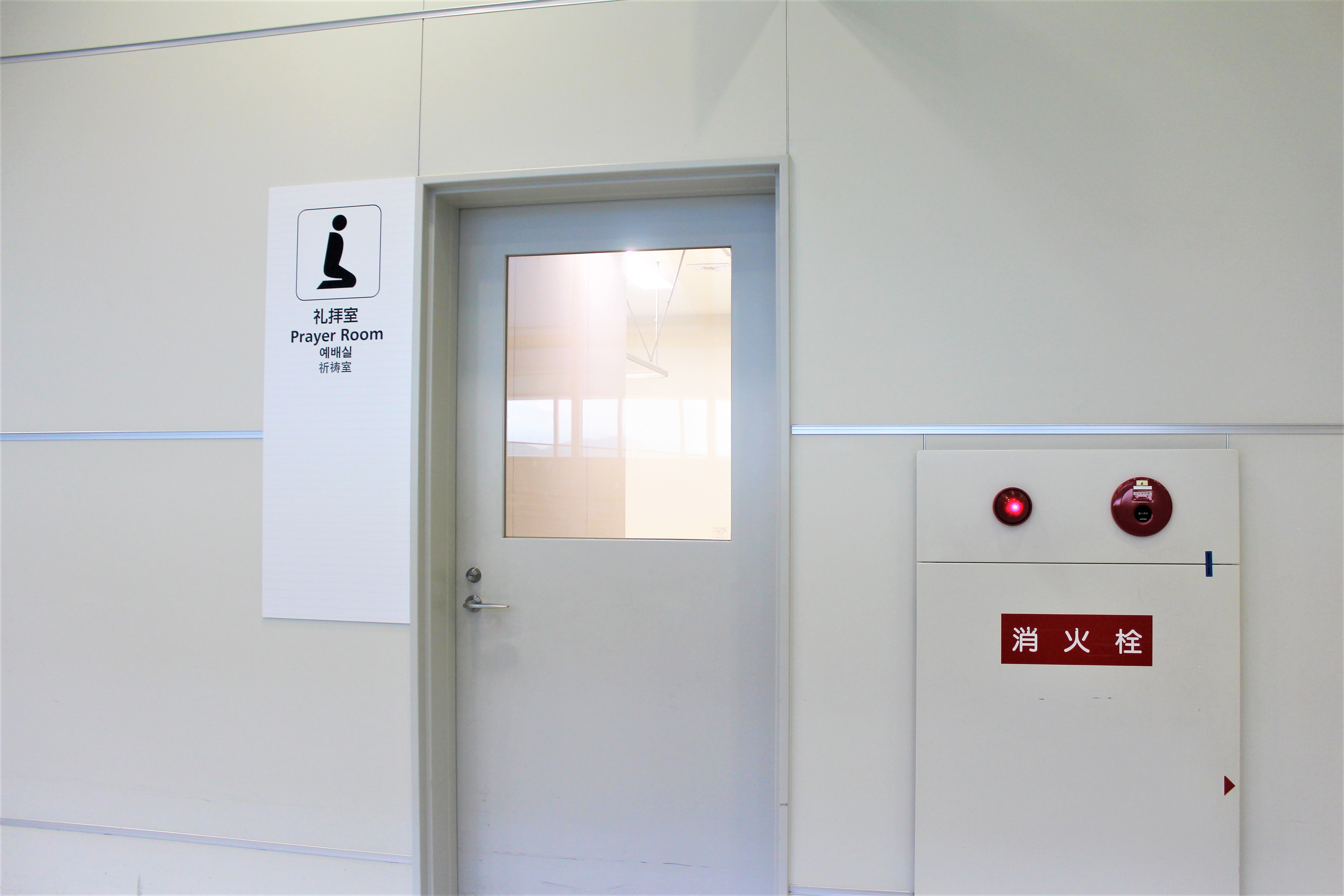 Located in Fukuoka Airport, this facility is very useful for Muslim travellers. The room, however, is quite confined as it can only fit one or two persons and includes only one washing area. Since the room is pretty small, you may use this facility whenever it is not occupied. The prayer room is on the fourth floor of the International Terminal.

Furthermore, the prayer room doesn’t provide any prayer mats and praying clothes, which means you need to bring your own.

In Kumamoto, there aren’t many Muslim-friendly facilities except for this Kumamoto Islamic Centre and the rests are just hotels which you can stay at as they had accommodated Muslim guests before. The centre consists of prayer space and washing areas. They also celebrate Eid as well as Ramadhan festively every year. Sometimes, they would also organize a gathering for Muslims and held lectures to encourage the Muslims community to participate and get together in this small area.

Besides that, the centre offers classes for reciting Quran, Arab language and Islamic knowledge during the weekends. 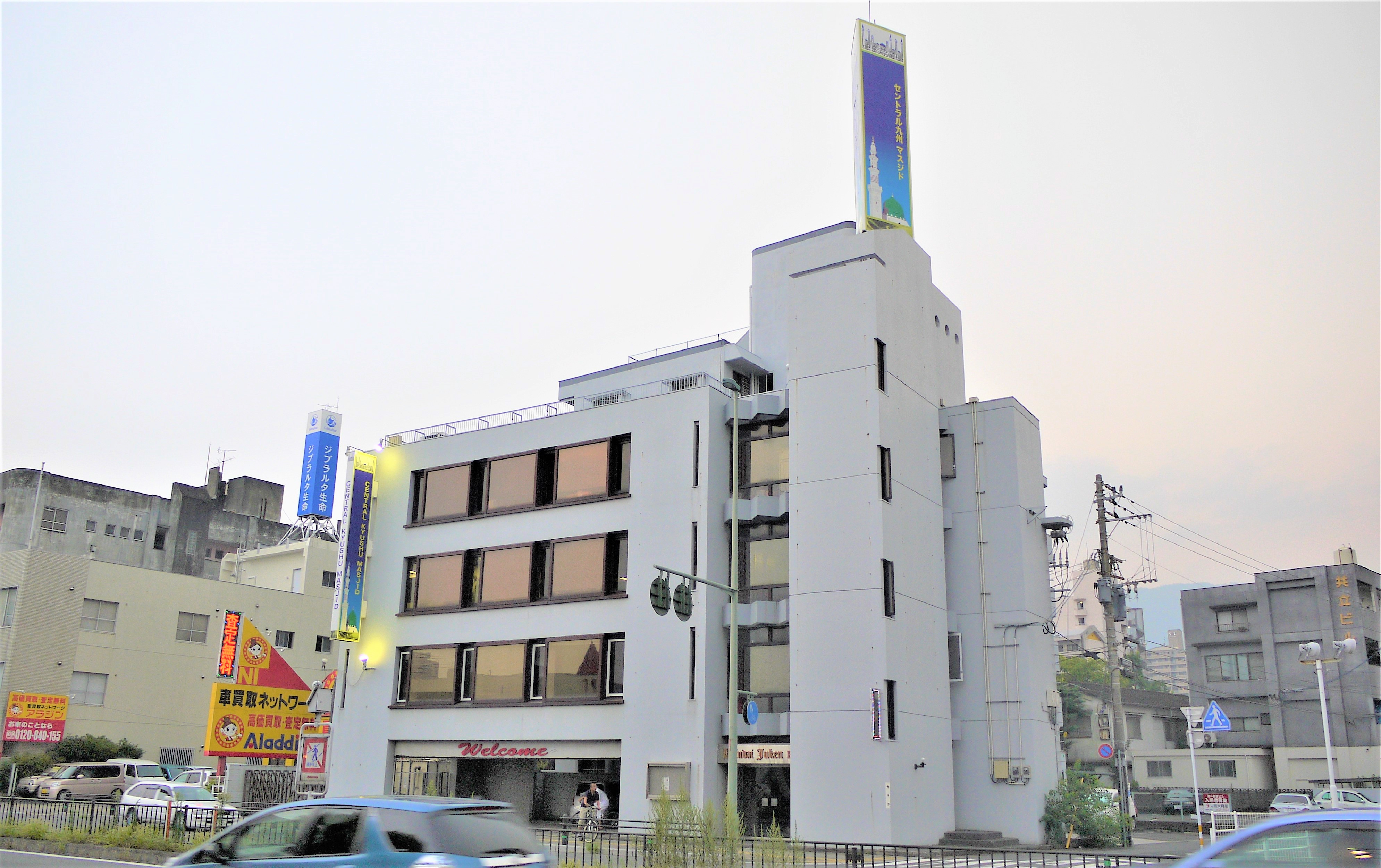 Known for their hot spring ‘Hells of Beppu’, this small town of Oita Prefecture also has their own masjid and Islamic centre. Unlike any other mosques, Beppu Masjid looks like a normal three-storey building. The first floor is reserved for parking space, the second floor is the praying area for men and the top level is for women. Inside, there is also a shop for Muslims to easily obtain Halal food. 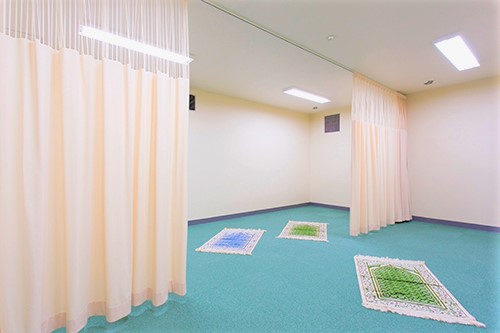 A prayer room in Kagoshima Airport is located on the third floor of International Terminal. The room is quite spacious and it can equip quite a number of people. They didn’t provide any prayer mats in the room, but, you can request it at the Information Desk on the first floor of the same terminal.

Kagoshima Masjid welcomes all Muslim tourists to come here and seek information they need to find Halal restaurants and Muslim-friendly hotels. Other than that, the mosque was completed in 2014 and Muslims community from all over the world such as Malaysia, Pakistan, Egypt and more have contributed their efforts in order to make this mosque the main centre for Muslims. 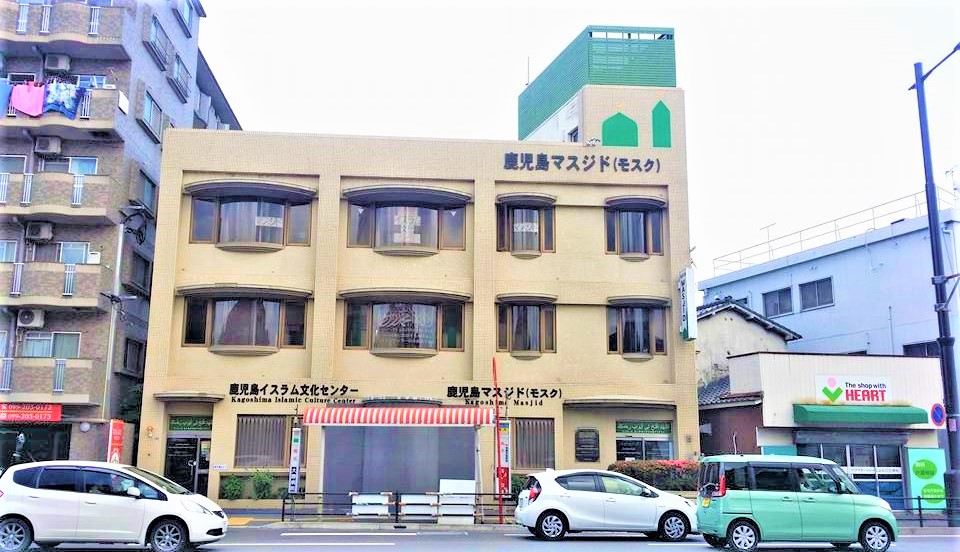 Muslims are encouraged to attend religious activities organized by the mosque, for example, Quran recitation. You will notice a Halal restaurant called Rajpoot Halal sits right beside the Kagoshima Masjid which you can easily go after performing your prayers. 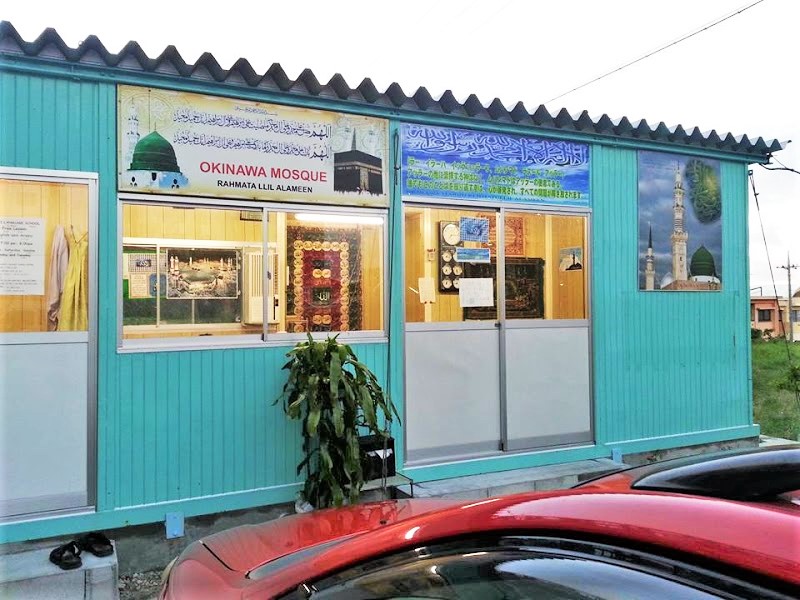 Okinawa Masjid isn’t as big as other mosques in the Kyushu region. Nonetheless, the mosque serves its purpose as to provide an appropriate praying area for Muslim travellers. Built next to Ryukyu University, the mosque receives plenty of visitors daily. The Muslim community in Okinawa often arrange recreational activities and events to maintain good relationships with each other. The event is usually held twice a month.

The mosque is capable of fitting around 100 people simultaneously and it is open all day to Muslims and non-Muslims. They also give Islamic lessons to those who are interested in learning.

Hope you will find this information helpful and feel free to use these facilities the next time you are travelling to the Kyushu region.