What You Need to Know About Sand Baths No ratings yet. 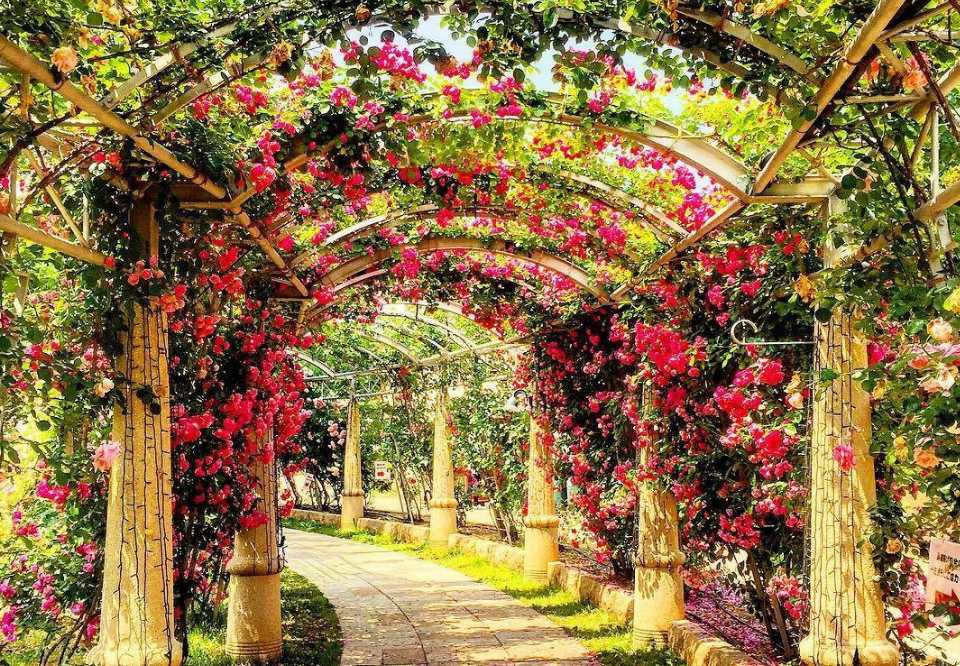 Yamanashi is probably one of the most iconic places to stay because of its proximity to the majestic Mount Fuji. Yamanashi is a part of the Chubu region and its capital city is Kofu. In total, there are 13 cities, each with smaller districts. Grapes, peaches and plums are among their best fruits production as well as crafts like crystal crafting, washi (Japanese traditional paper) and kaiki (a type of silk). 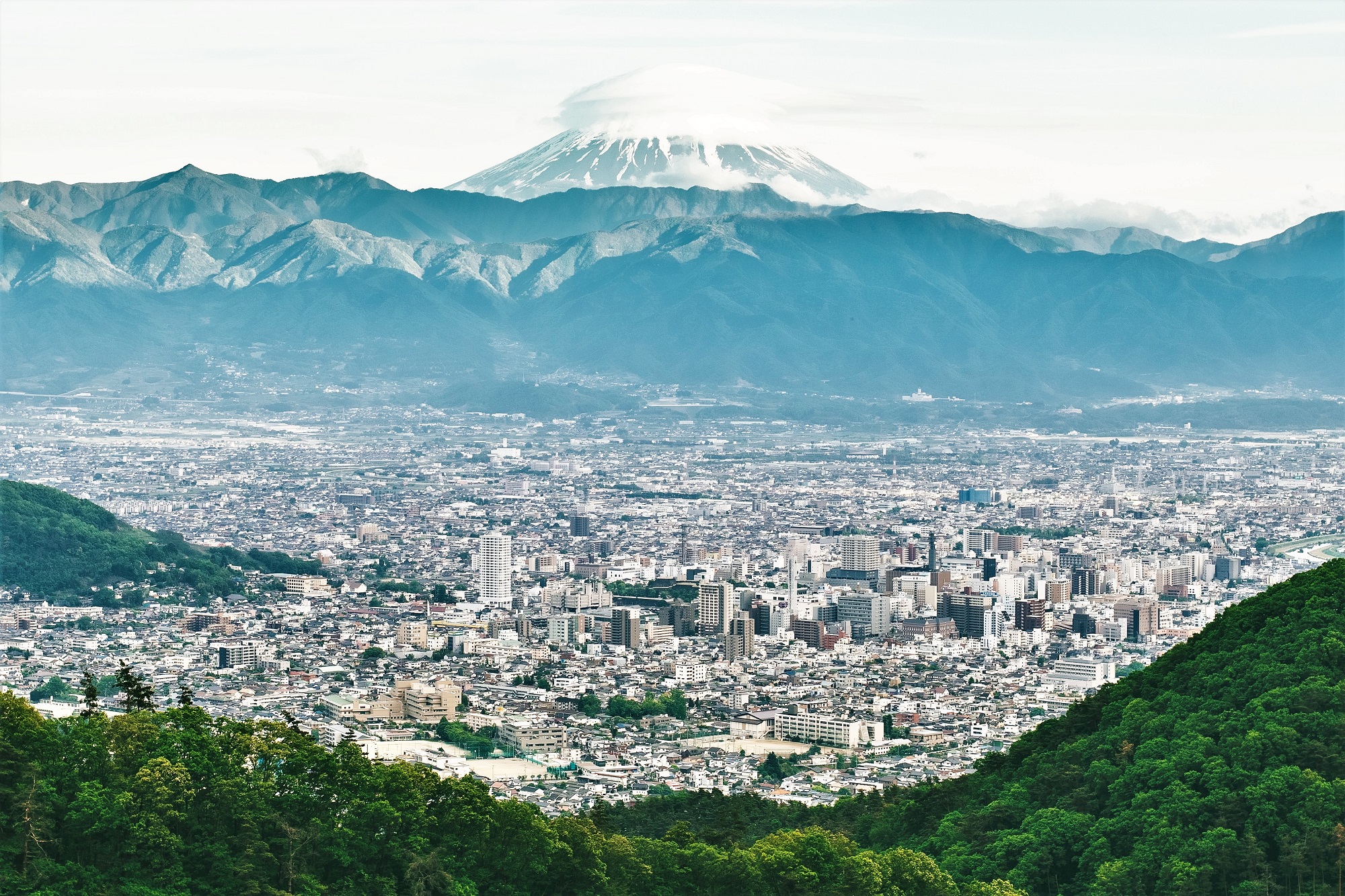 A spectacular view of Mount Fuji from Kofu.

Not exactly a forest, but, a museum and home to a huge collection of classical automatic musical instruments dating back to as early as the 1900s. One of its biggest treasures is the 1905 French organ that rests in the Organ Hall and plays its tune every 30 minutes. 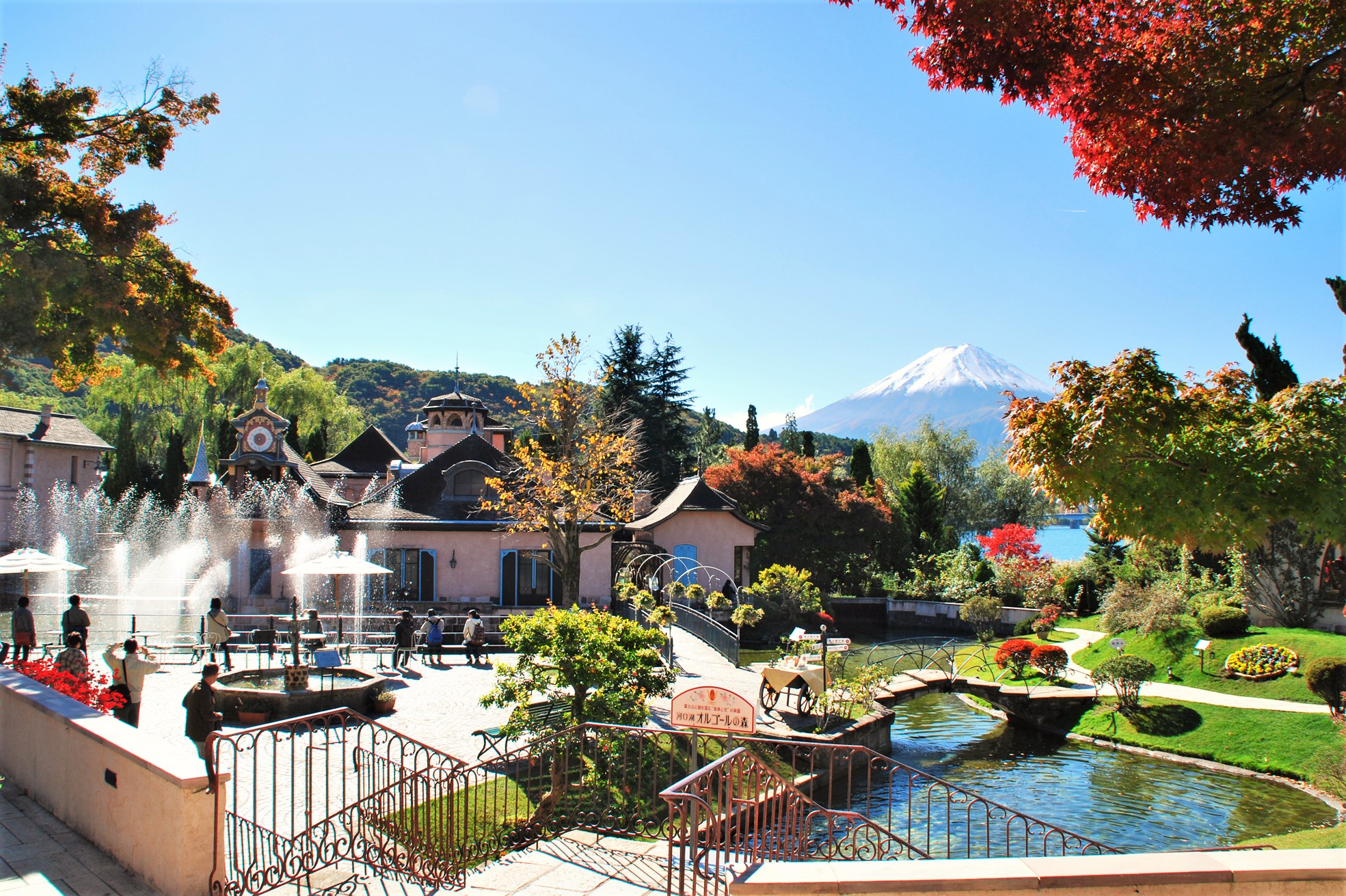 Before you enter the place, you will see how surreal the museum is. The layout surely mimicked a small European town with a small canal area flowing towards the Mount Fuji. The first place you should go is the Museum area. There is a Philharmonic Performance Orchestrion designed for Titanic but they didn’t use the instrument due to several reasons. 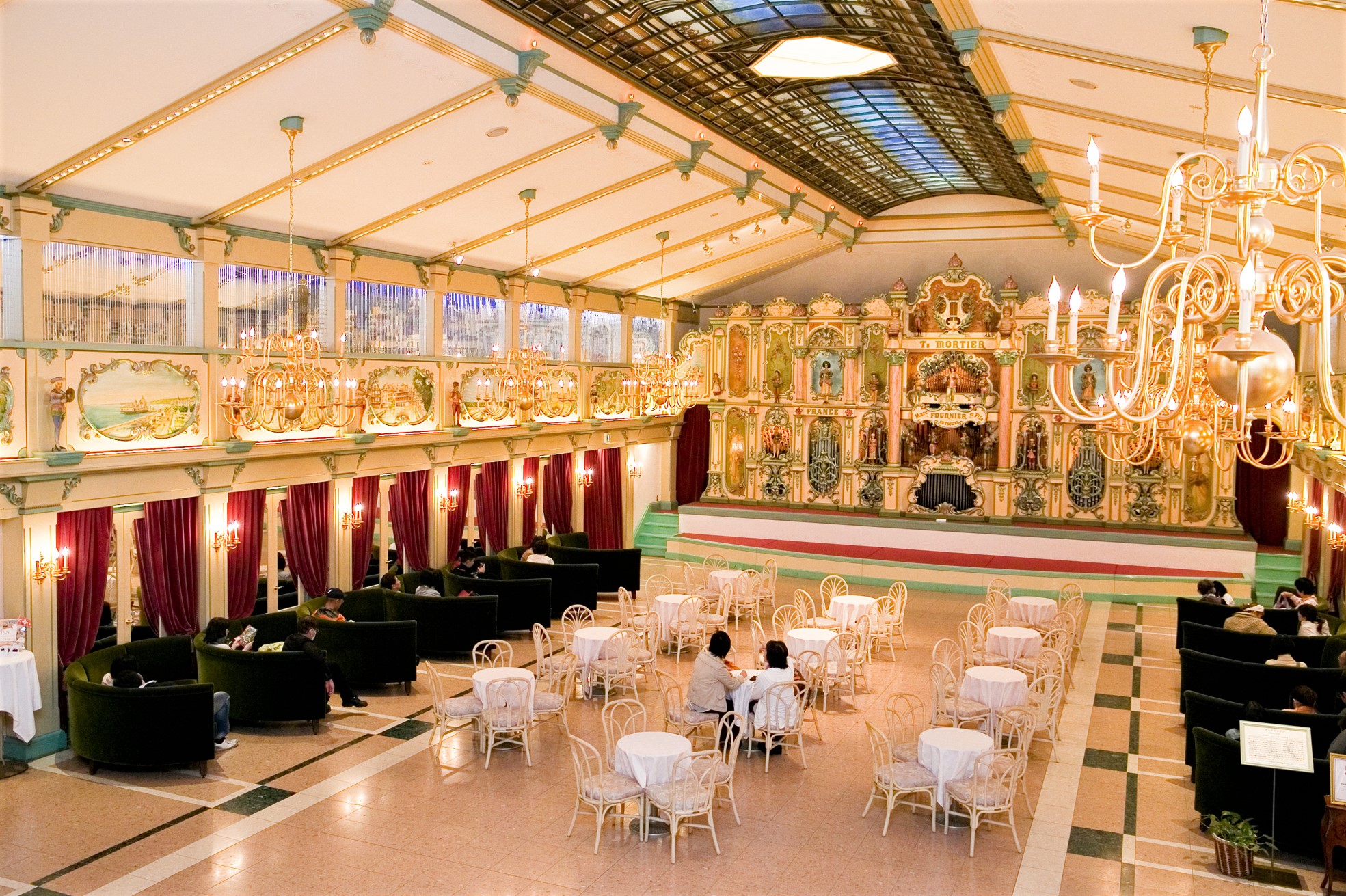 Then, you can sit to watch live performances by opera singers right in front of your eyes and sand art storytelling accompanied with live music in the Event area, which is truly a once in a lifetime experience.

Enjoy walking amongst an infinite number of flowers such as roses, petunias, peonies and more in the Rose Garden located outside. In short, the museum will not only feast your ears with eargasmic music but, also your eyes with a stunning view of the whole place. 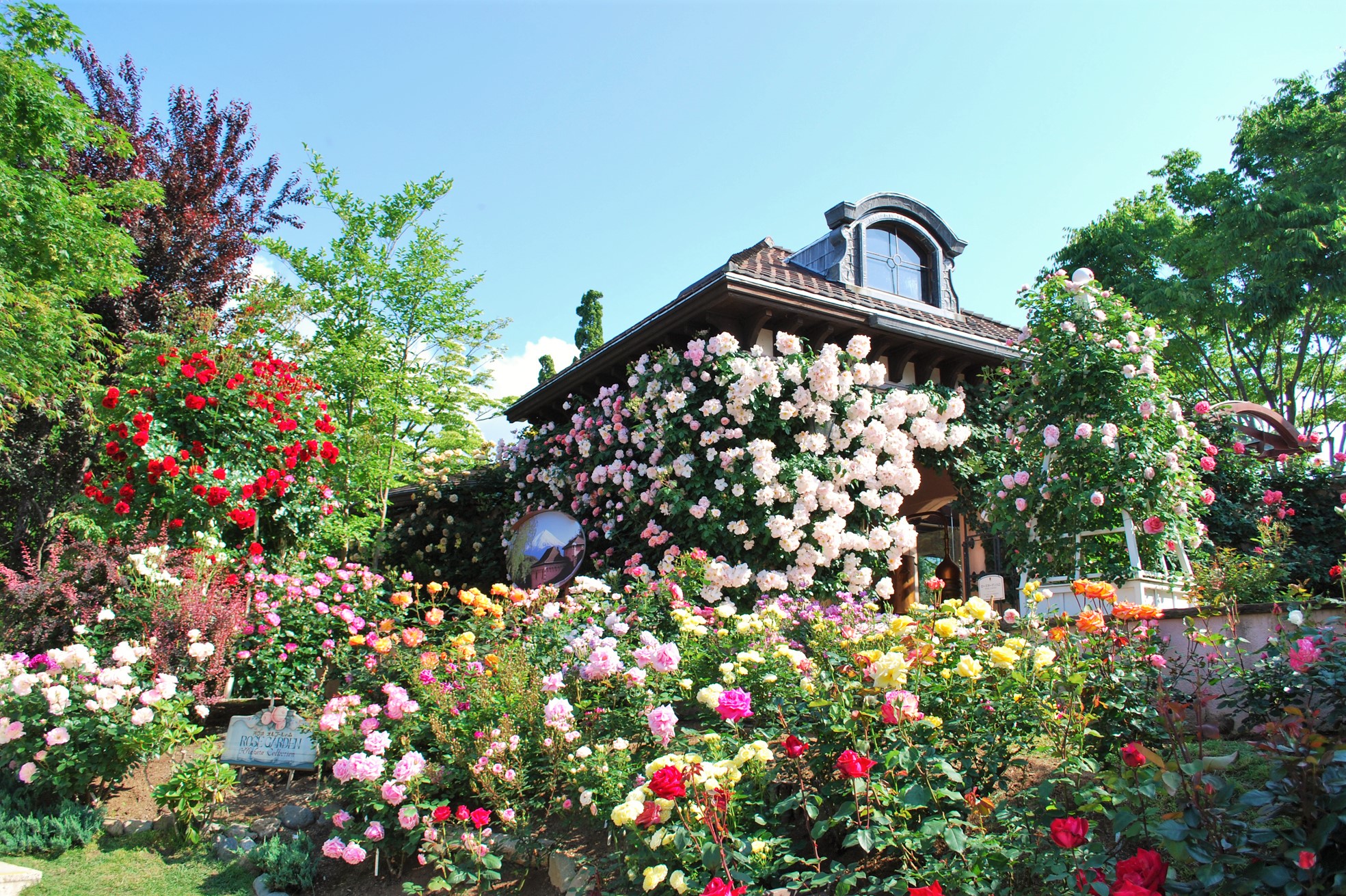 Japan’s signature photo of Mount Fuji is definitely the one with the red pagoda. If you wish to visit the place to see the view, head to Arakurayama Sengen Park. This is home to the red pagoda facing Fuji-san. 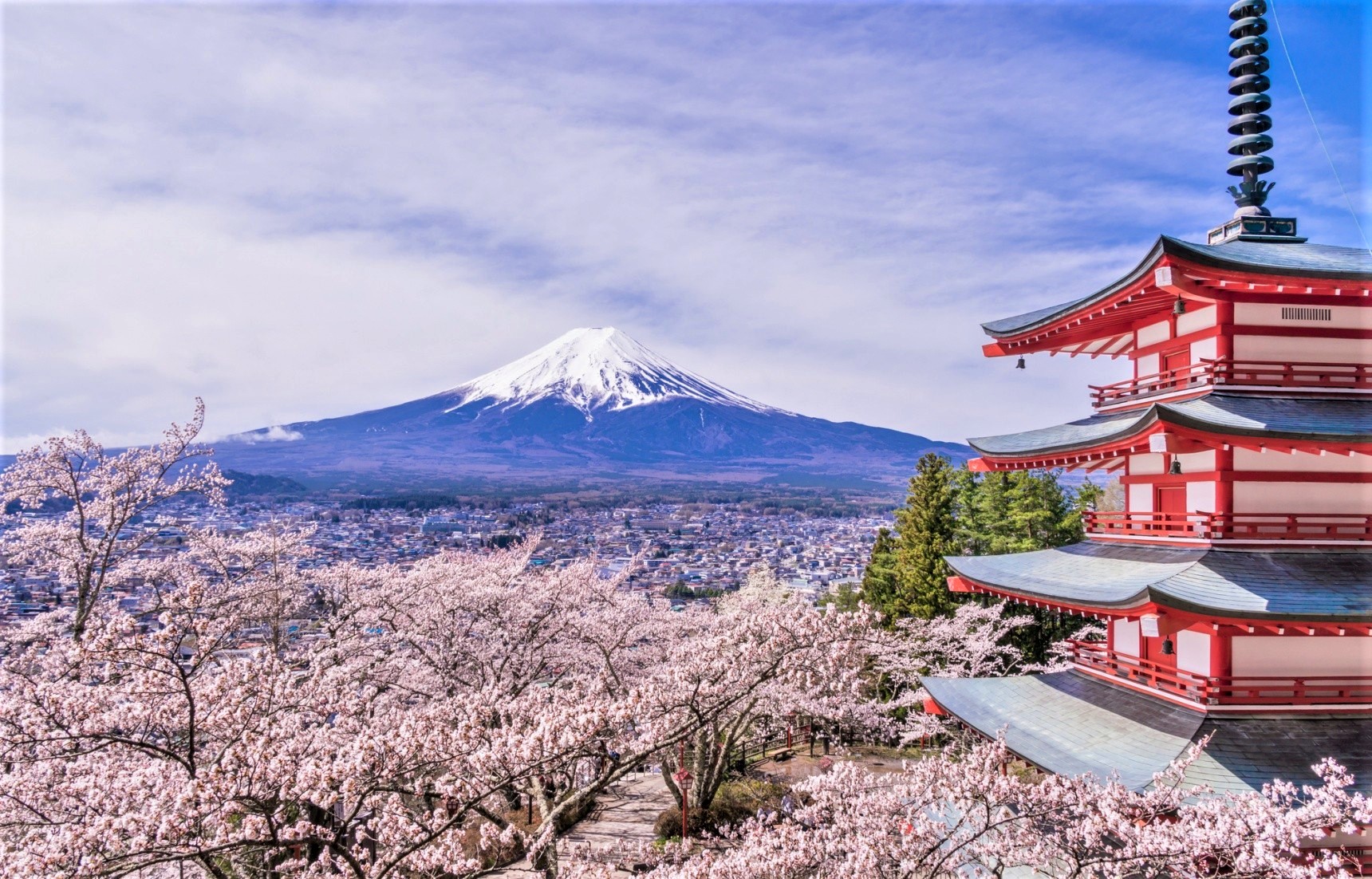 A picturesque view from Arakurayama Sengen Park. Image Source: All About Japan.

Located in Fujiyoshida, this park attracted millions of visitors because of this landscape. Commonly known as the ‘red pagoda’, its actual name is Chureito Pagoda. The iconic structure was built in 1962 as a peace monument. To get to the top, you need to climb 397 steps. It’s a lot but, it’ll be worth it.

We recommend you to visit the park during spring time when the Sakura flowers are still blooming. All in all, this view definitely embodies the meaning of what Japan really is. 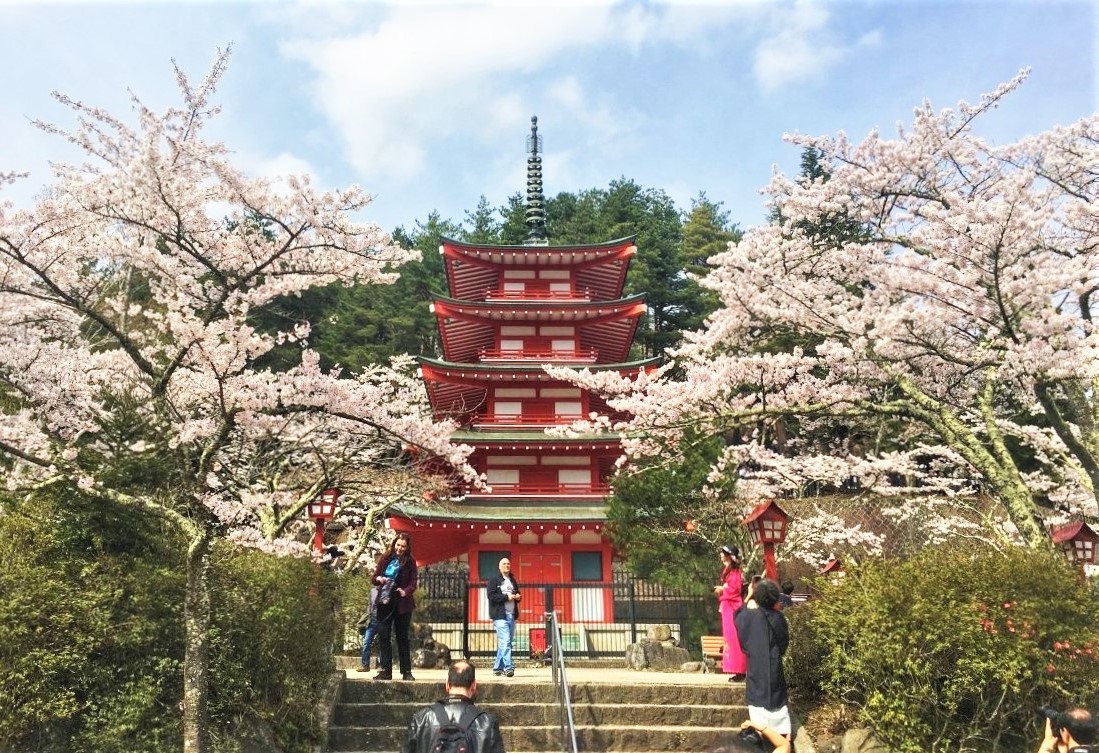 Image Source: All About Japan

Before it was converted into a park, Maizuru Castle or better known as Kofu Castle was constructed by the founder of Tokugawa dynasty, Tokugawa Ieyasu in 1583. The castle went through a multiple series of events which ended in the castle’s demolition in 1877. A few years later, the castle was set to open to the public in 1904 and was listed in Japan’s Top 100 Castles.

What is left on the castle grounds after the demolition is just a viewing tower, stone walls and a moat. To make the park seems more appealing to tourists, they planted over 160 cherry blossoms trees and designed a garden, thus making the castle as one of the must-visit destinations in Kofu. 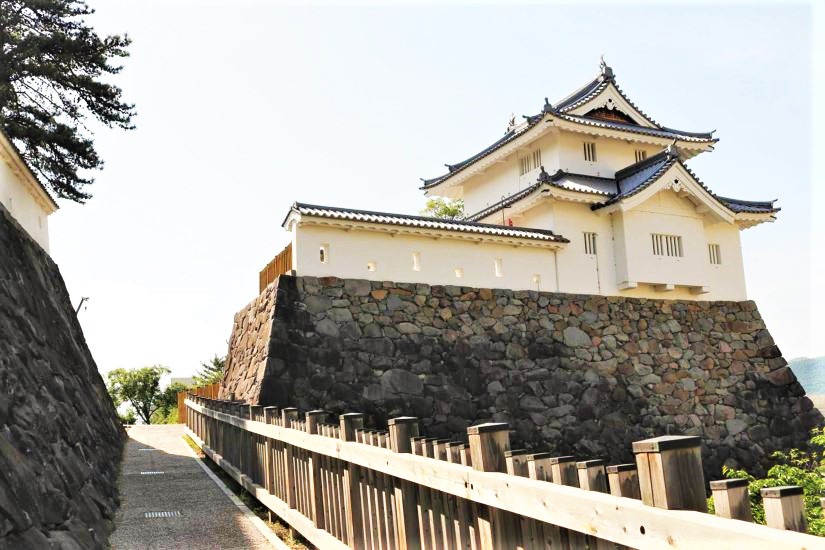 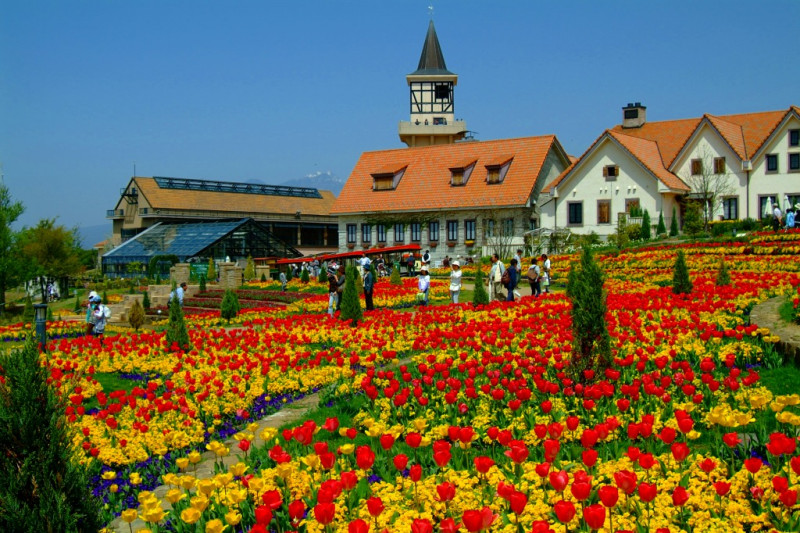 Heidi’s Village is a theme park which re-enacts a famous Japanese anime series called Heidi, Girl of the Alps aired on television in the 1970s. The theme park consists of many European-style buildings which were based on the series. You will definitely feel like you are in Switzerland here.

There is also a huge bed of flowers lying in the area and it is filled with tulips, sunflowers, hydrangeas and others. Each flower blooms differently throughout the year. Besides that, pay a visit to Heidi’s hut in which you will find her famous hay bed and other parts of her house.

Some of the buildings as seen in Heidi’s Village.

Check out Heidi’s diorama displayed in Heidi’s Theme Hall and purchase souvenirs as well as her famous white bread before you leave the Swiss theme park.

A museum dedicated to the man who brought the art of Tsujigahana to life after mysteriously discontinued at the time of its peak during the Muromachi Period. The artist, Kubota Itchiku passed away in 2003 and was awarded Ordre des Arts et des Lettres in 1990 for his major contribution to the world of arts and cultures. For your information, Tsujigahana is a Japanese fabric dyeing technique used to design kimonos. It is different from the typical kimono because of its intricate details and design.

This museum displayed his lifetime works as well as his unfinished masterpiece called ‘Symphony of Light’. The masterpiece features 80 kimonos designed to depict the Mount Fuji. Aside from that, some of the areas inside the museum were designed by Itchiku himself and most of the artworks you see inside the area are imported from several countries in Asia as well as Africa.

After finished touring, head to a tea room to enjoy matcha tea served with red bean soup facing a stunning view of the garden.

Listed in Japan’s Top 3 Unique Bridges, Sarubashi Bridge earned the title because apparently, the bridge doesn’t have any pillars to support it from the ground. The bridge stretches out to 30 metres in between two cliffs. 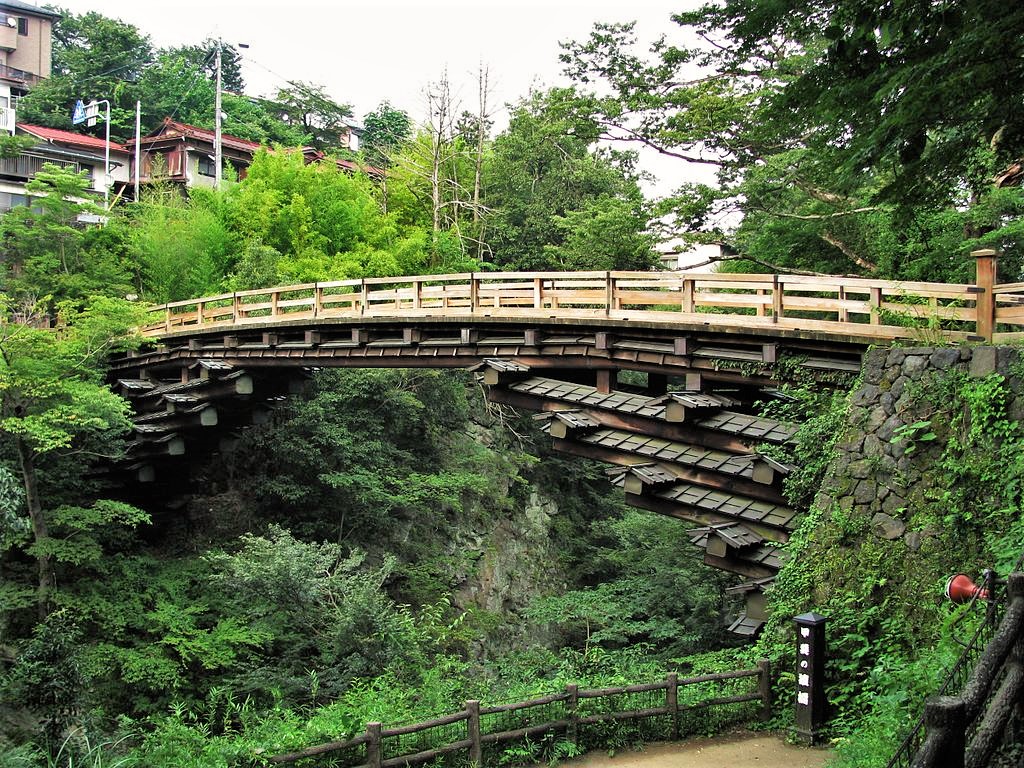 Another name for Sarubashi Bridge is ‘the monkey bridge’. It is believed that back in the 7th century, a landscape expert was facing difficulties to build the bridge. One day, he saw a troop of monkeys crossed the river by holding each other’s hands and legs. After witnessing the incident, he got the idea for the bridge’s construction, thus, naming the bridge after the monkeys.

Next, you can go for a boat ride along the river to see the bridge from other angles. It is recommended to visit Sarubashi Bridge during summer or autumn as it is perfect for outdoor activities. 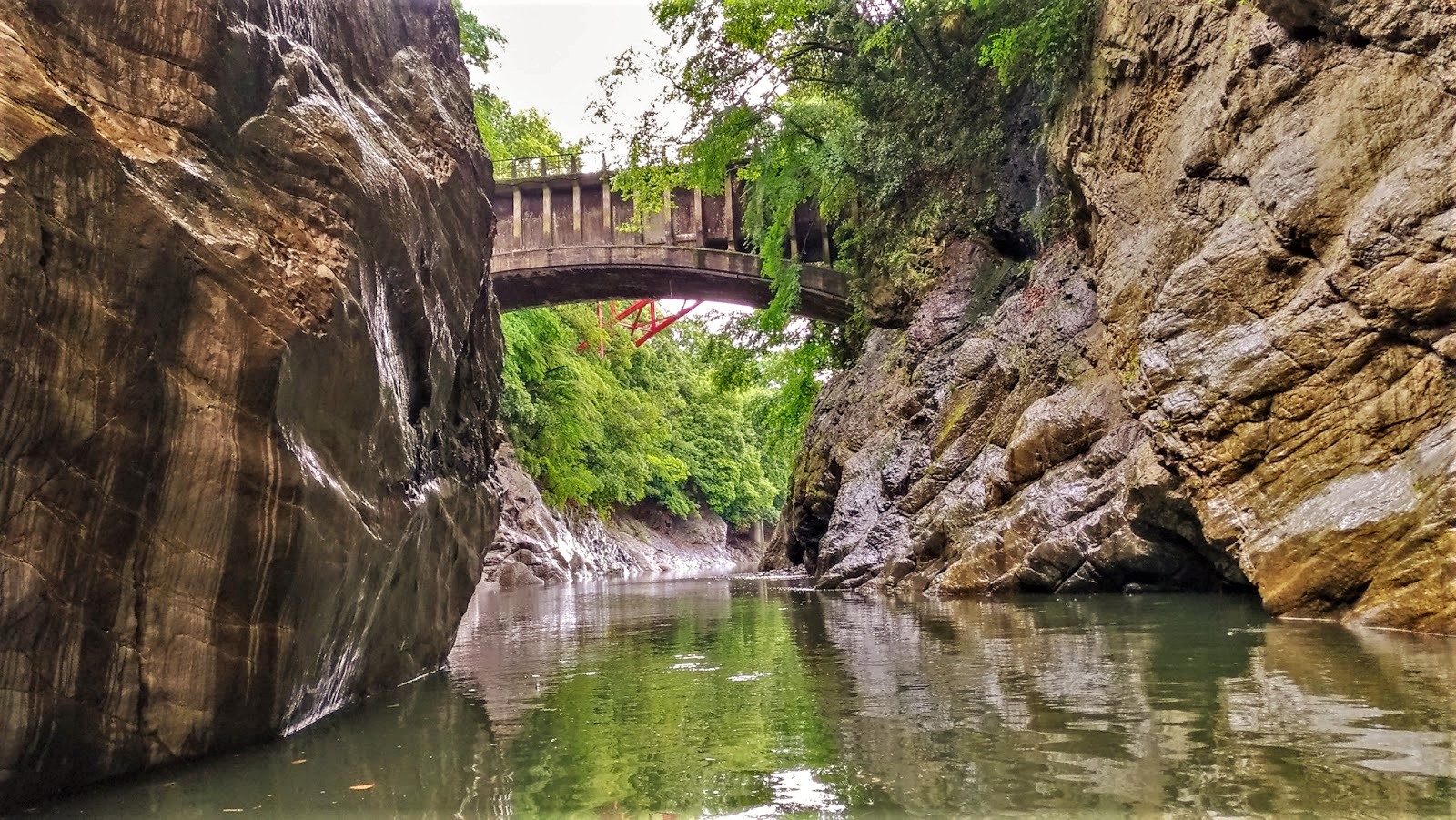