Have A Merry Christmas in Japan

Must-Have Travel Apps on Your Phone No ratings yet.

Interesting All-You-Can-Eat Places to Try in Tokyo (Part 1) No ratings yet. 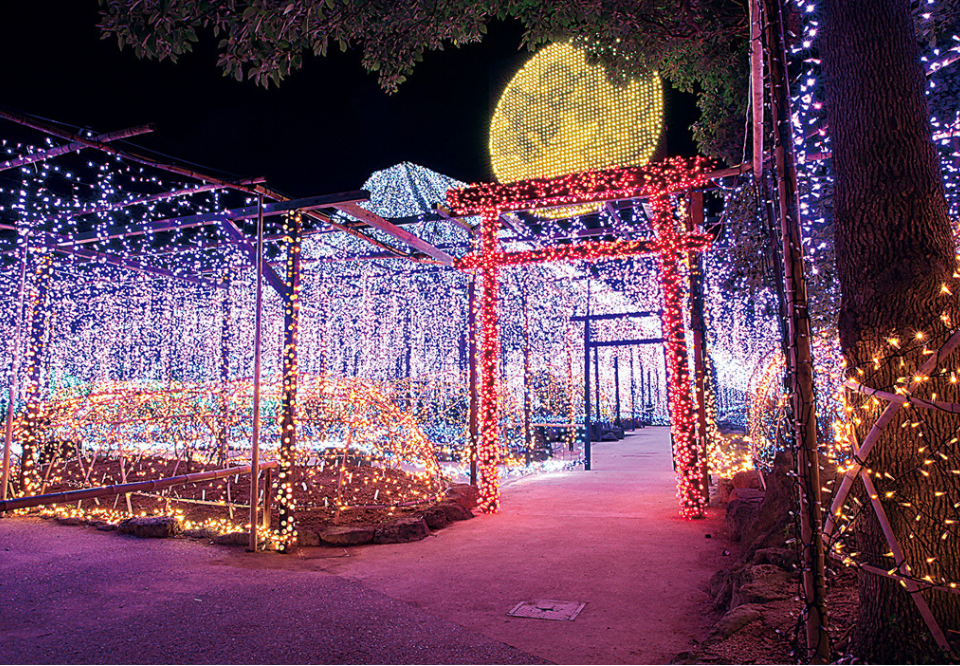 Christmas is just a few days away! Do you know where to spend your Christmas? Even though there is only a small percentage of Christians living in Japan, the Japanese celebrates Christmas very festively. They will put up thousands of lights on their Christmas tree, goes Christmas shopping and they even have their annual snow festivals in major cities like Sapporo.

We’re going to provide you with the list of things you can do to celebrate Christmas in Japan.

One of the popular Christmas event and winter illumination is the Tokyo Midtown Christmas Illumination. Set in the Starlight Garden, this annual winter event exhibits only the best light displays at the Grass Square. Every year, they will use 500,000 LED lights to create spectacular installations for a vivid effect at night. 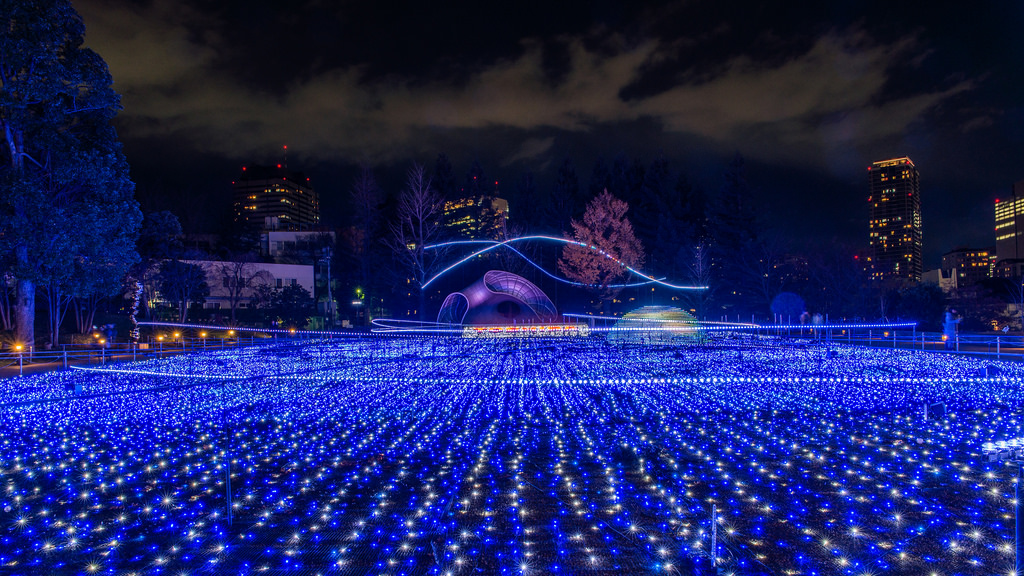 Image Source: Hiroshiken on Flickr/CC by 2.0

This event is held from 13th November until 25th December 2018. This year, they will revamp the garden by featuring ‘Soap Bubble Illuminations’ to create a space cosmos. Around 450,000 soap bubbles and 100 balloon lights will beautify the Starlight Garden. The space-themed winter event will also put up LED lights along the boulevard and the trees near the area. Witness the magical world of lights in Tokyo Midtown Christmas Illumination. 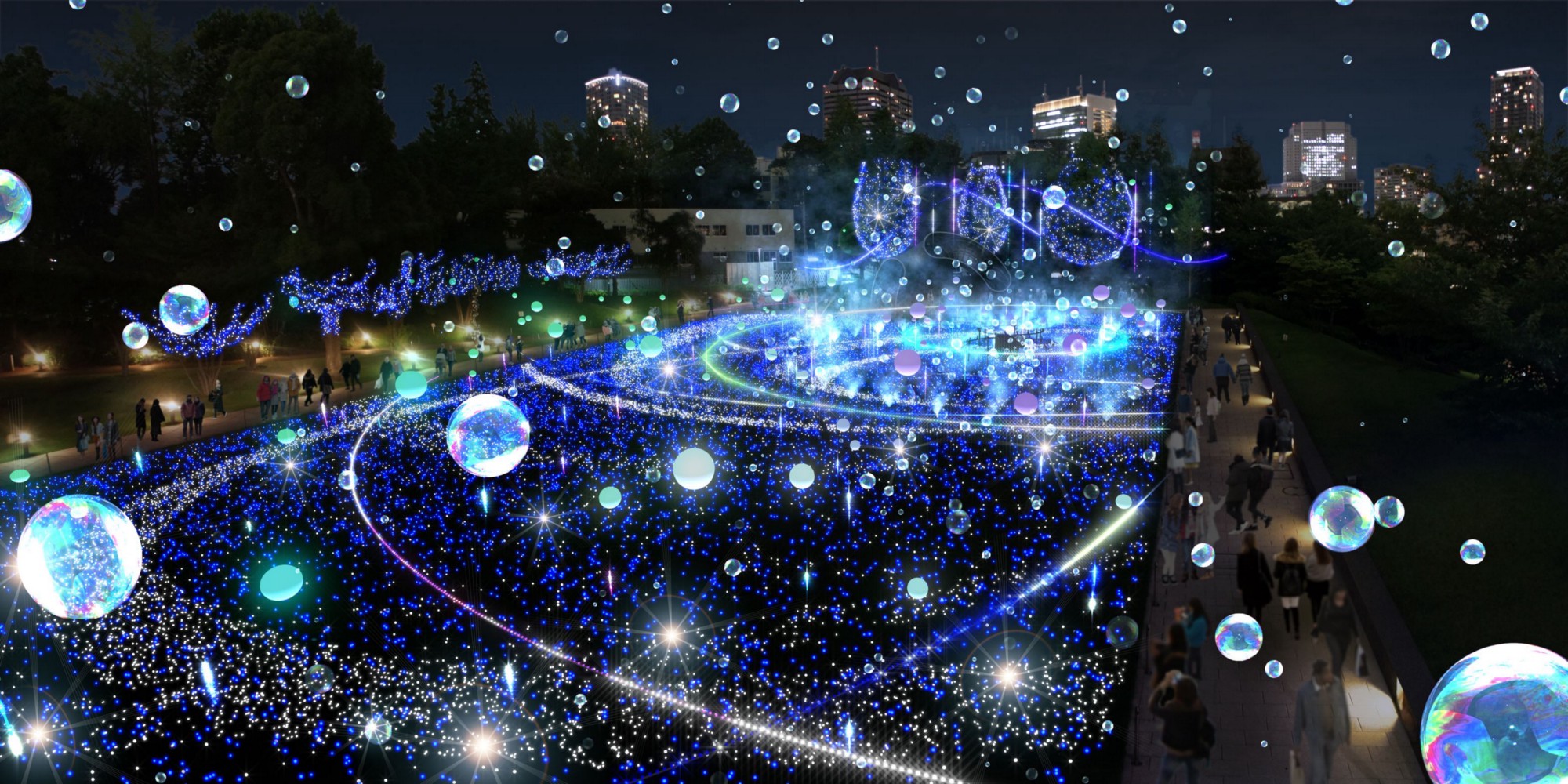 Disney’s fans, apart from going to Tokyo Disneyland and DisneySea, go to Caretta Shiodome, Tokyo to enjoy whimsical light displays. Last year, the theme was ‘Beauty and The Beast’. This year, they combine both ‘Tangled’ and ‘Frozen’ films in the event. Annually, they will use around 250,000 LED lights, slightly lesser than the Tokyo Midtown Christmas Illumination. 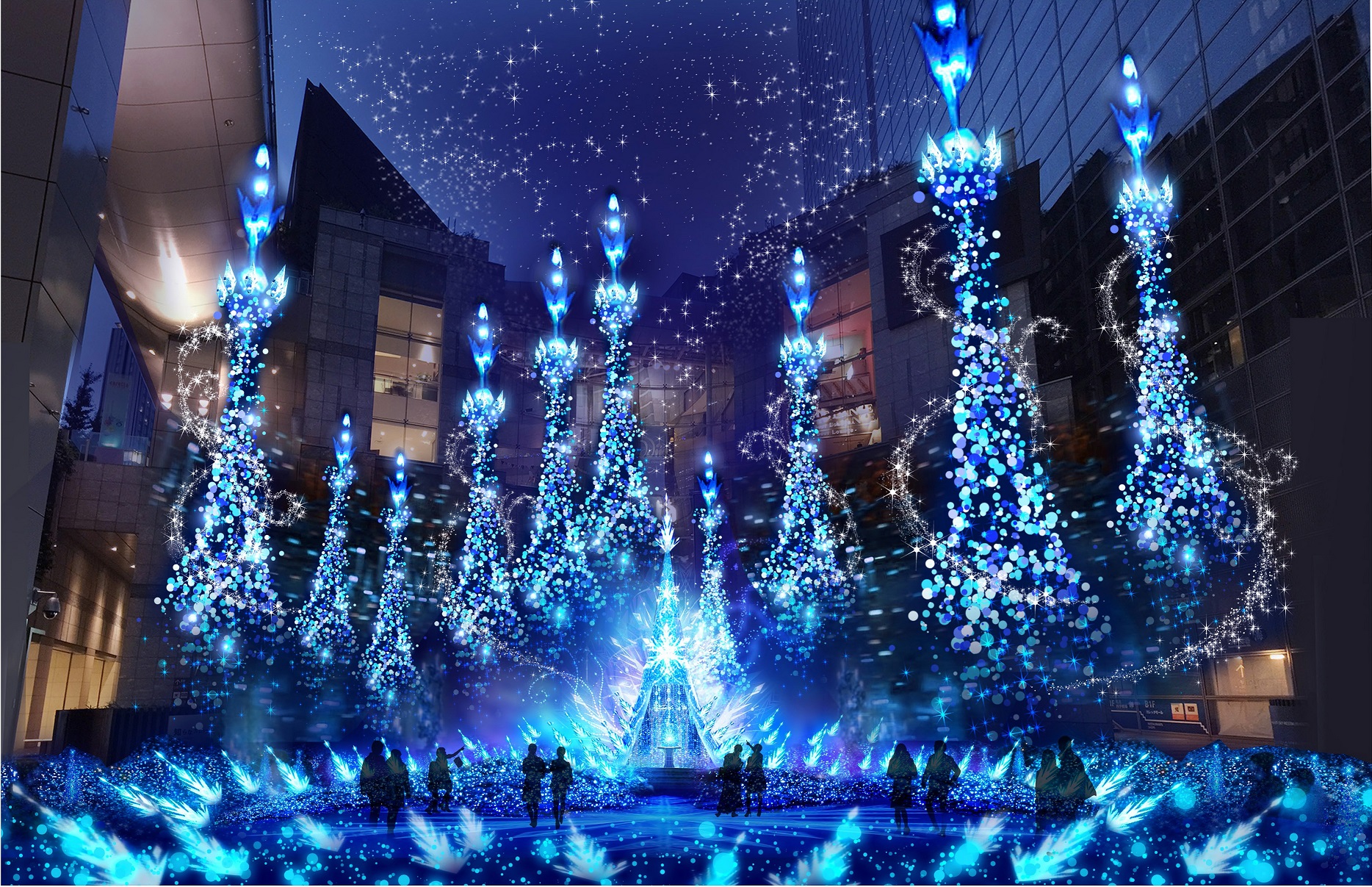 Every day, Caretta Shiodome will showcase the world of ‘Frozen’ and ‘Tangled’ using many colours of lights. Additionally, during the entire event, they will put on music soundtracks from these two films, such as ‘Let It Go’. Other than that, ‘The Incredibles 2’ will be the opening act before they started the main performance. 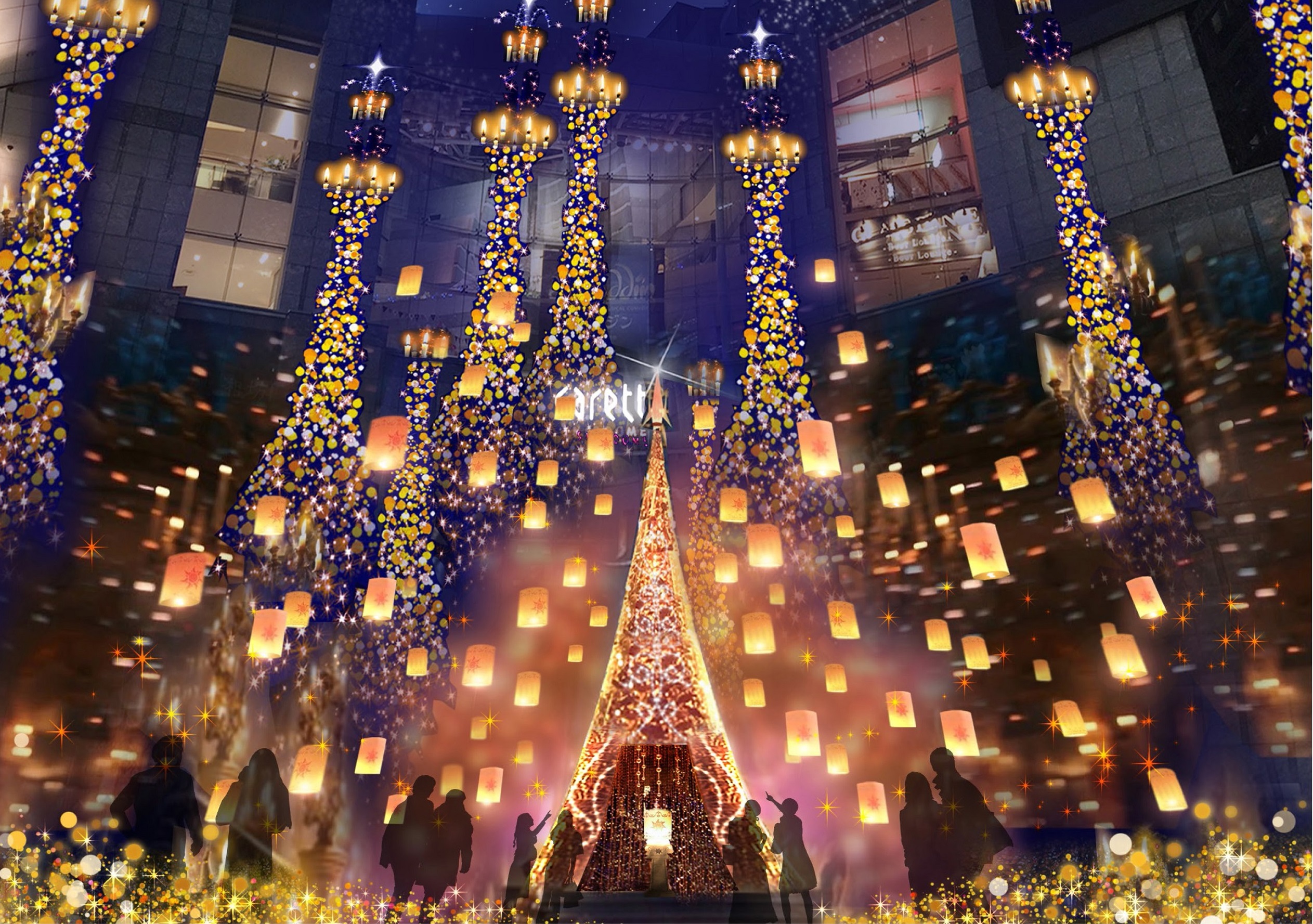 What is winter without ice skating? One of the famous ice skating rinks is located right under the Tokyo Skytree. From 4th January to 10th March 2019, you can go ice skating here while overlooking the tall Tokyo Skytree illuminated at night. 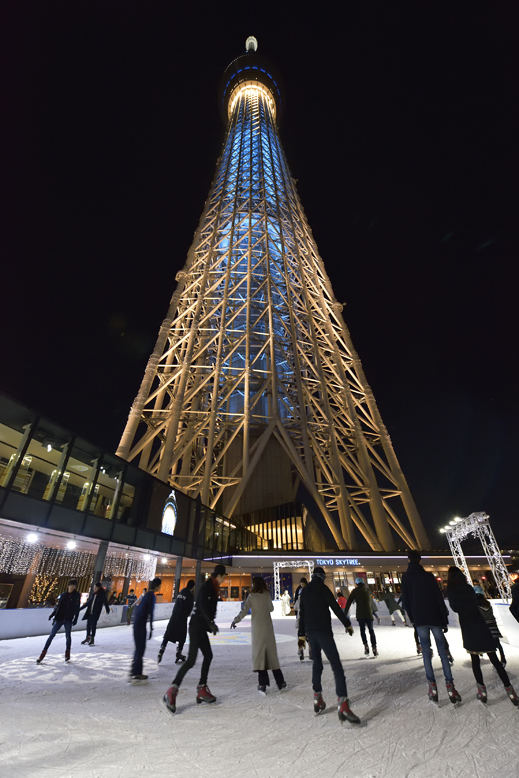 There will be a skating lesson provided by the staff. They will train you for ten minutes before you can skate on your own. There is also a ‘Snow Play Corner’ where kids can play with the snow. On the 4th January 2019, there will be a special appearance by Maho Honda, a Japanese figure skater for the park launching. 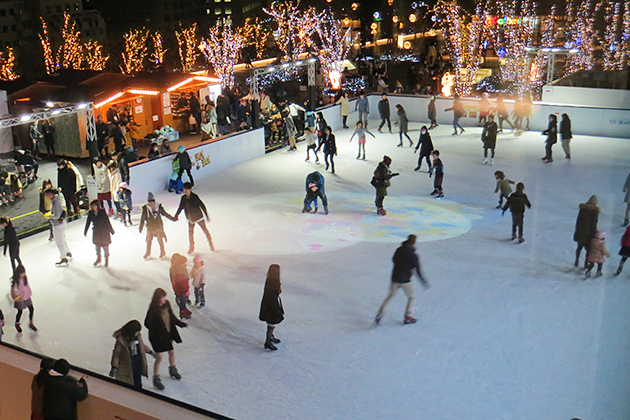 Apart from that, you can also rent the equipment needed for ice skating such as gloves for ¥300. Bring your family to Tokyo Skytree Town Ice Skating Park to complete your winter trip to Japan.

Your Christmas will not be whole without going to Japan’s theme parks. Each season, they will put on amazing shows and special features for their visitors. This year, Universal Studios Japan has already begun their Christmas specials on 9th November 2018 until 6th January 2019. Some of the performances you should watch are the Hogwarts Magical Night, Minion’s Yellow Christmas, and The Gift of Angels III: The Voice of an Angel and more.

Last year, USJ received the Guinness Book of World Records of the World’s Most Illuminated Tree with over 350,000 lights wrapped around the tree. This year, the tree managed to surpass their own record by using 580,806 lights. As the Christmas tree is very bright and beautiful, it’s impossible for you not to notice it. 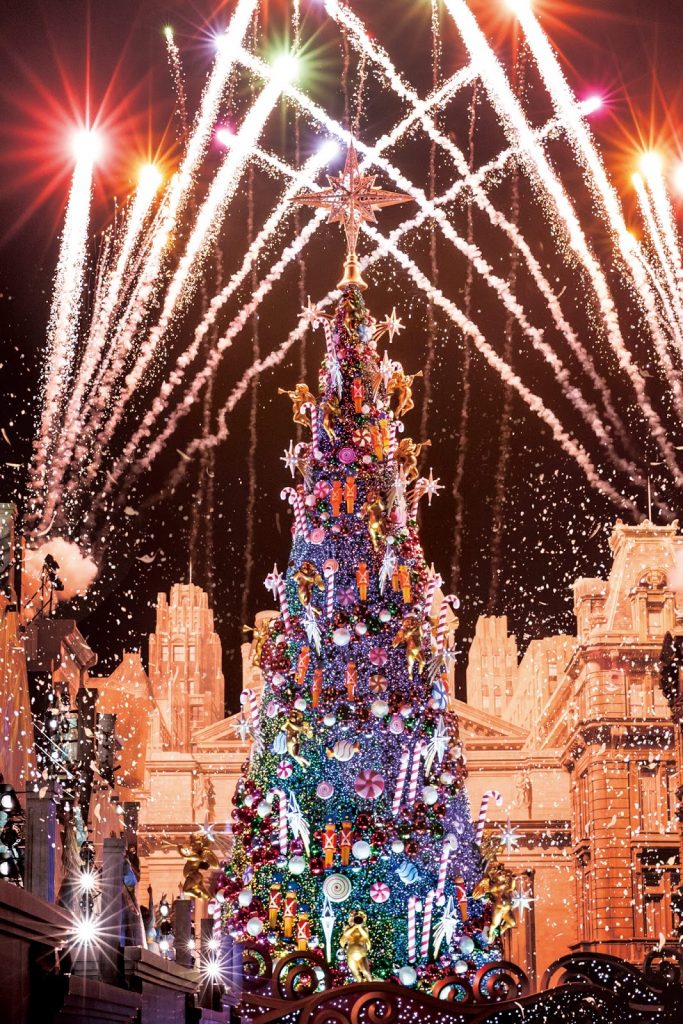 Make your way to the Wizarding World of Harry Potter to catch Hogwart’s Magical Night. Hogwarts and Hogsmeade will be blanketed in snow and you can perform tons of charms here. By casting the right spell, you can make the castle and the Christmas tree light up, turn it into ice and make the ornaments move. As you wander around the village, you will see many Christmas decorations lining up the walkway and small pubs. Don’t forget to stop by The Three Broomsticks to enjoy Christmas meals like roast chicken and hot Butterbeer. 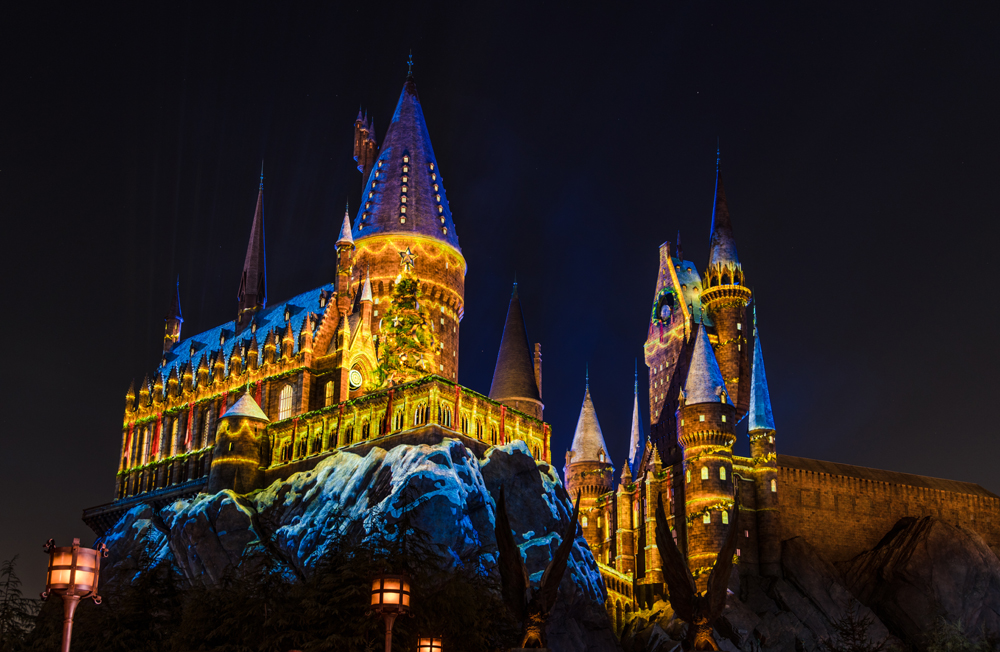 Besides that, The Gift of Angels III: The Voice of an Angel is one of the highly anticipated performance here. The musical show has won several awards such as IAAPA Brass Ring Awards: Excellence in Live Entertainment in 2017. All of the performers will sing Christmas songs throughout the show followed by fireworks and excellent graphics projection. Be sure to arrive early to catch the best view of the show. 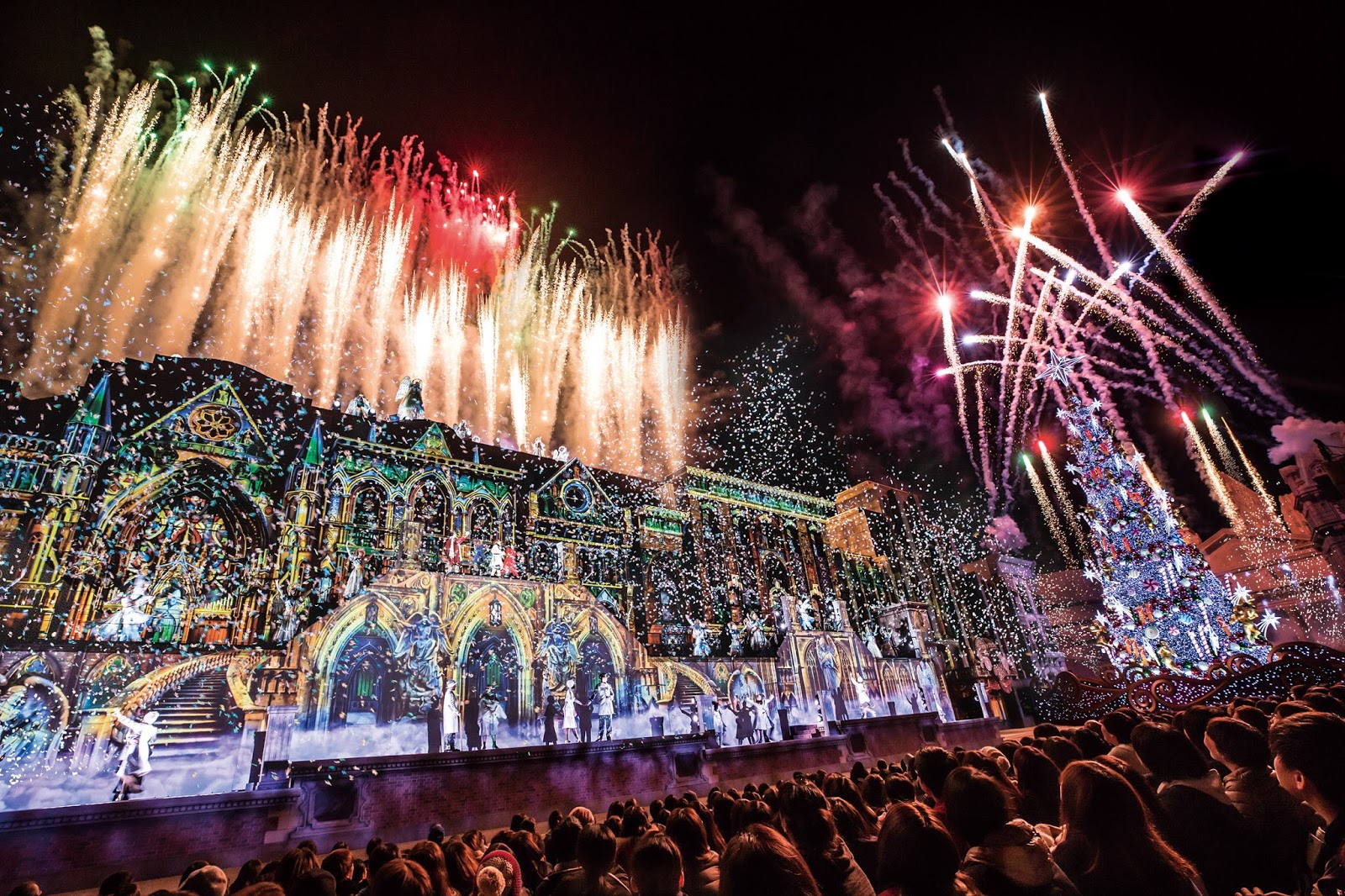 As for parades, during the daytime, USJ will hold Minion’s Yellow Christmas with the appearance of several characters like Gru, Elmo, and Santa. Other than that, you should also purchase Christmas merchandise such as The Minions winter clothing, toys and Christmas tree ornaments, Snoopy plush toy and other Christmas snacks and meals. 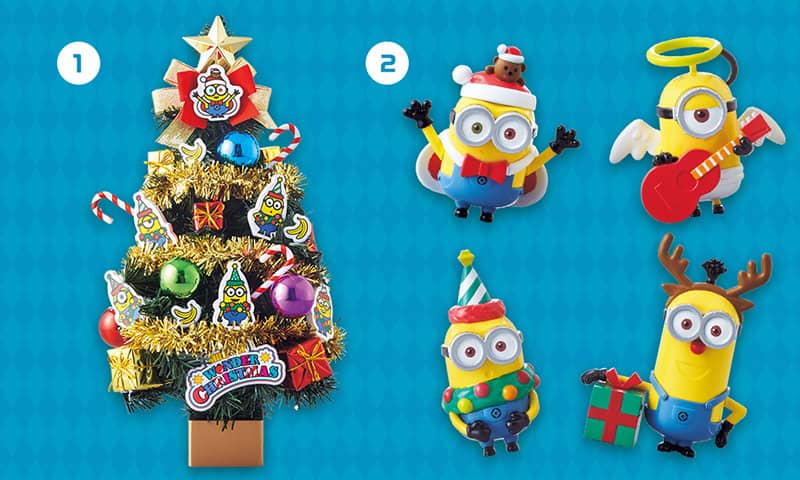 Another theme park that will surely boost your mood for Christmas is Tokyo Disneyland and DisneySea. The main parade will be held twice a day and will be featuring over 120 Disney’s characters. The Disney Christmas Stories parade will lead by Donald Duck’s families dressing up in Santa Claus’s outfits. 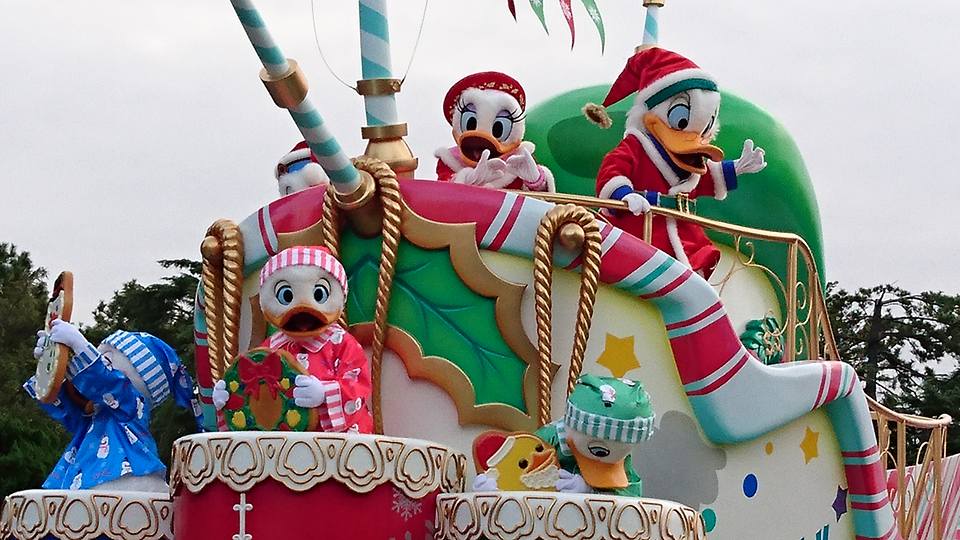 In addition, don’t miss Country Bear ‘Jingle Bell Jamboree’, Haunted Mansion Holiday Nightmare and many Christmas attractions and shows in Tokyo Disneyland. As for in DisneySea, a harbour parade show called ‘It’s Christmas Time!’ will be featuring 130 Disney’s characters where they will be singing Christmas songs. Moreover, the Colour of Christmas harbour show should also be added to your must-watch list. 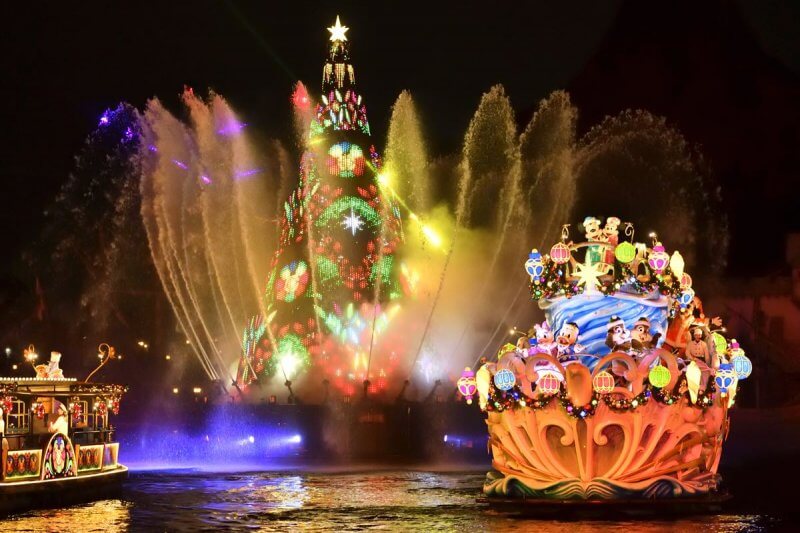