6 Muslimah Beauty Services in Japan No ratings yet.

Explore Chiba as a Muslim Traveller No ratings yet. 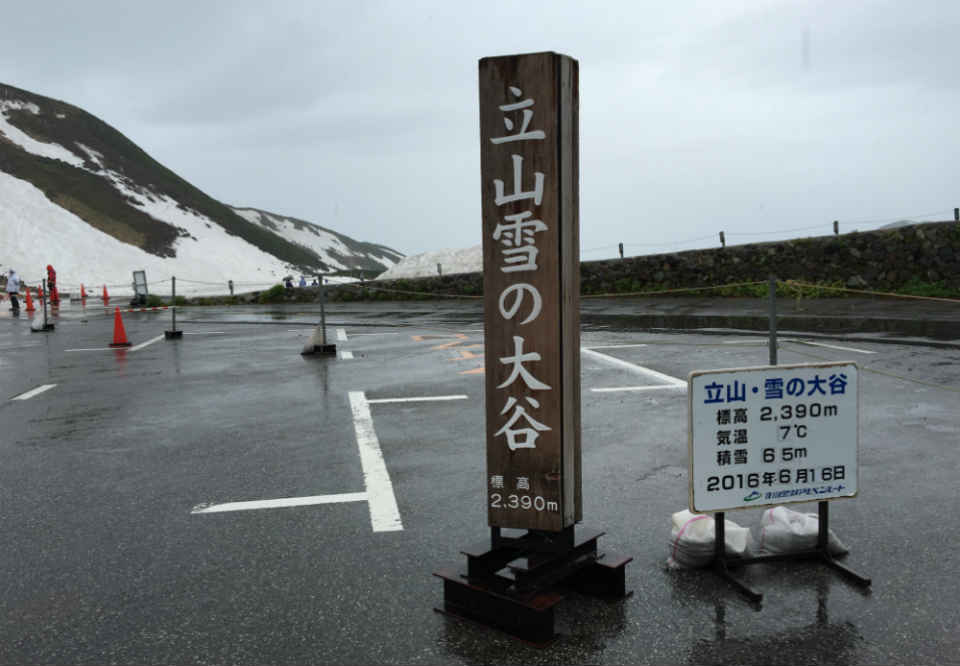 In Part 1 of my article, I roughly shared about how I reached the snow wall. After that, I continued my journey on the alpine route. Let me start with going into more details about what I did at the snow wall.

Although it was summer, the temperature at Murodo’s altitude was cold, rainy and windy – 7 degrees, to be exact. The snow wall was located approximately 400 meters away from the terminal. When I journeyed there, I saw a snow slide. 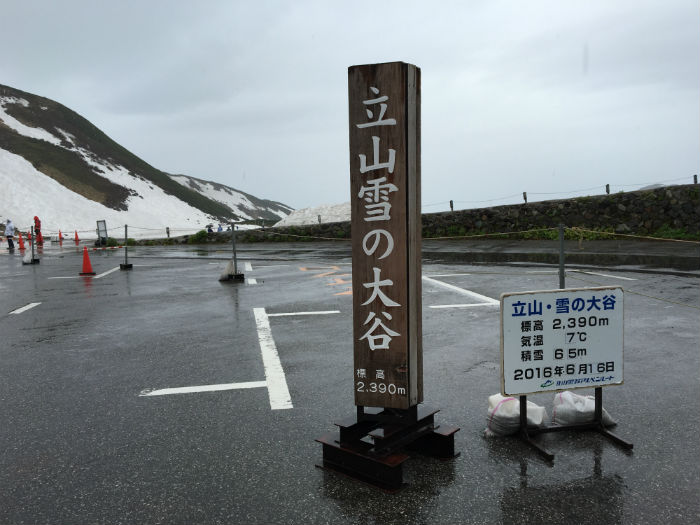 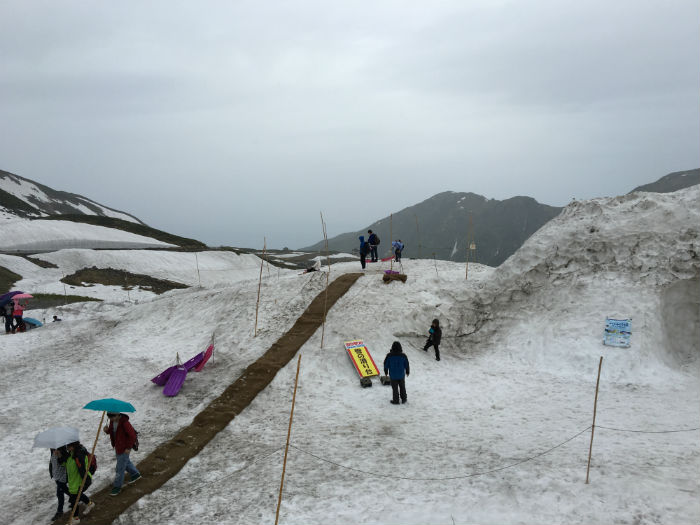 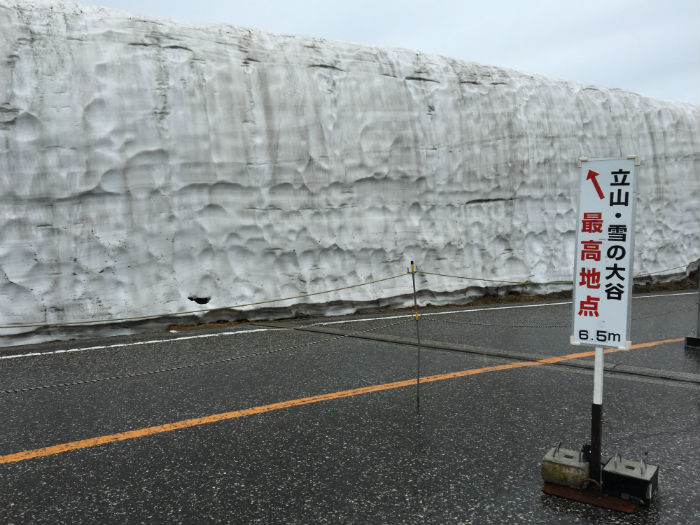 I captured this picture when the bus was approaching.

What I saw was so different compared to how it would look like in peaks season. The snow wall I saw was not pretty and low (6.5 metres). Besides that, there was only one wall, not two. It had been two months since the Tateyama Kurobe Alpine Route opened – long enough for the second wall to be melted. Hence, I strongly recommend visiting the Tateyama Kurobe Alpine Route in April to get the best view.

For your information, there are three hiking courses available near the Murodo Terminal, namely the Mikurigaike Pond Return (600m, 30 mins.), Mikurigaike Pond Loop (1.7km, 1 hour) and Raichozawa Return (2.4m, 2 hours 30 mins.). Taking the Raichozawa return course will lead you to the Mikuriga-ike Hot Spring, the hot spring located at the highest altitude in Japan. If you have time to spare, you may want to consider taking one of these courses.

From Murodo, I took the Trolley Bus to Daikanbo. This electric bus was the only one in Japan and it was an interesting experience. It was noisy and moved very fast in the tunnel across Mt. Tateyama and I reached Daikanbo within 10 minutes. There is an observation deck at the upper level of Daikanbo station with a stunning view of the Japan Alps and a lake formed by Kurobe Dam. 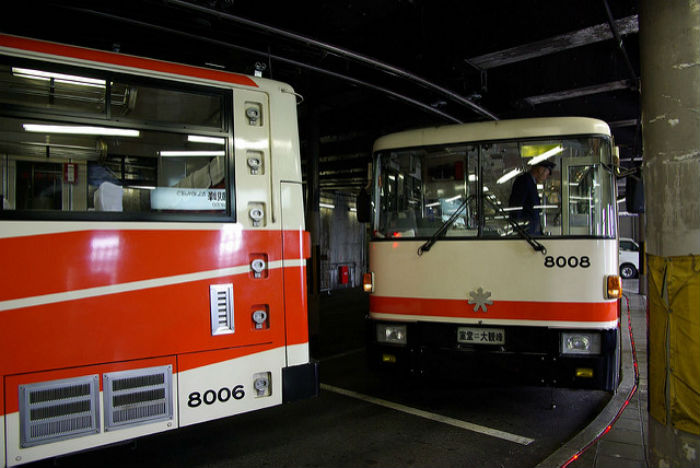 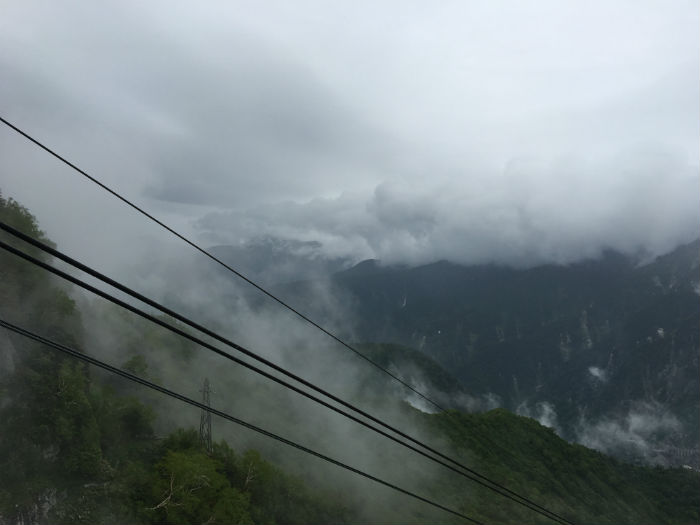 A view of the Alps.

The Tateyama Ropeway is the longest unsupported ropeway in Japan and I was mesmerized by the breathtaking views as I descended towards Kurobedaira. The view that I get to see before my eyes were way better than the photo I took. 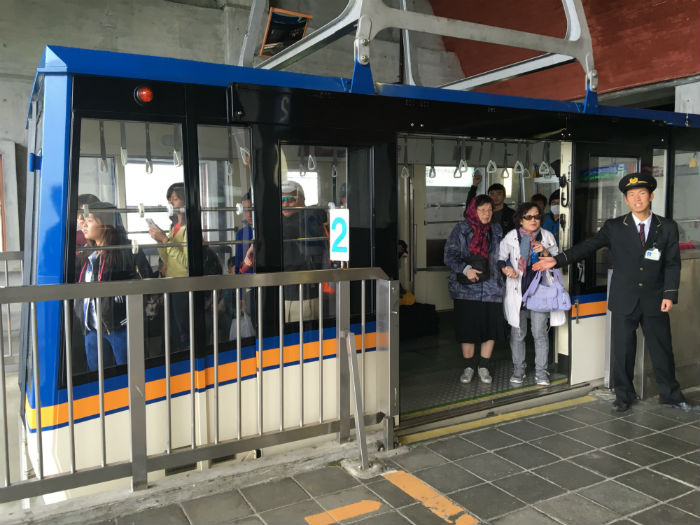 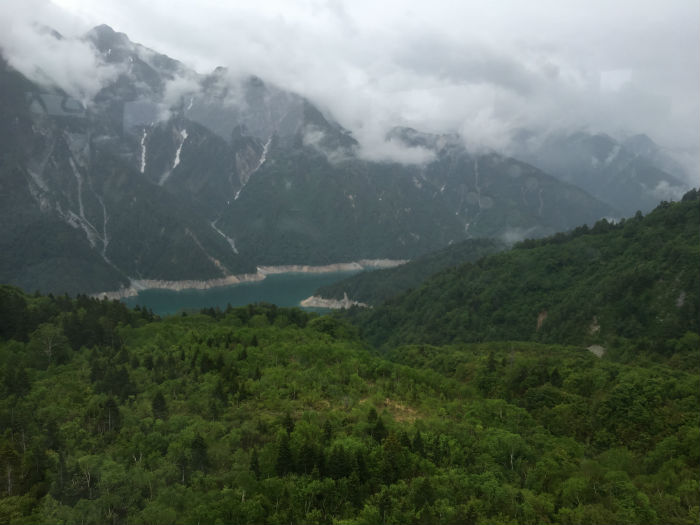 The main feature of Kurobedaira would be the botanical garden located outside the station, with plants grown in high altitude.

I would describe the Kurobe Cable Car as an underground cable car. It resembles the Tateyama Cable Car but it descends in a tunnel. Upon my arrival at the Kurobeko station, I had to walk for two minutes to get out of the tunnel. 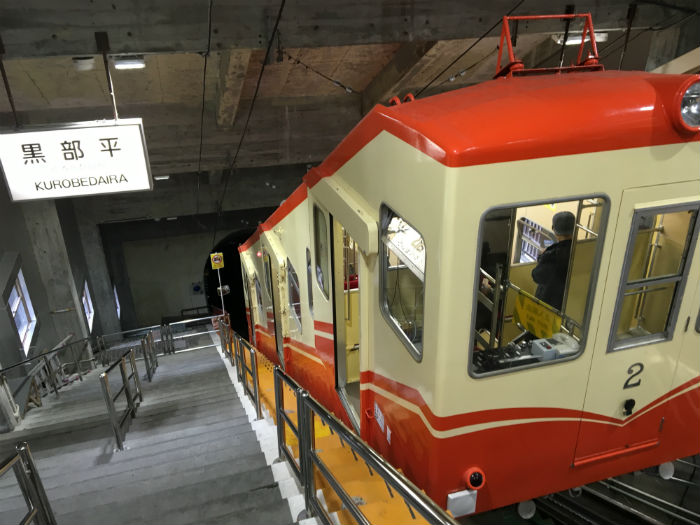 The Kurobe Cable Car that descends into the tunnel. 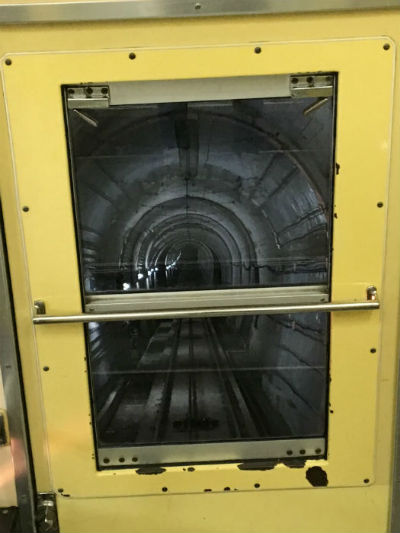 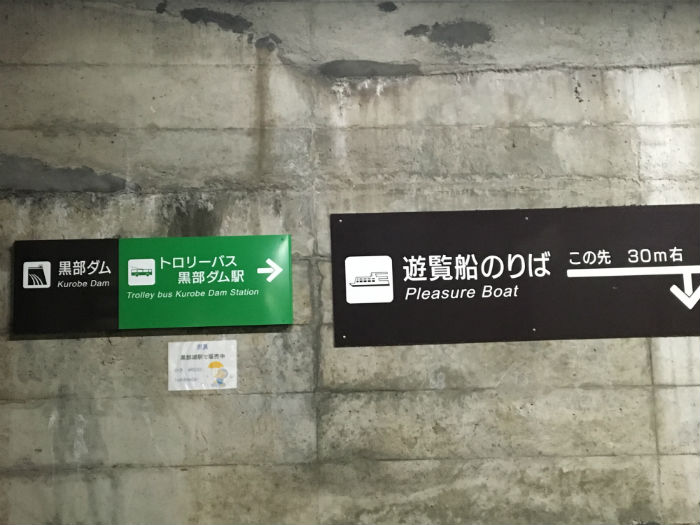 Directions to the exit.

I was in awe the very moment I walked out of the tunnel. Situated right in front of me were huge majestic mountains and on my right was a picturesque view of Lake Kurobe. Clouds and fog were hovering over the mountains. There were light drizzles and the setting felt strangely dreamy. 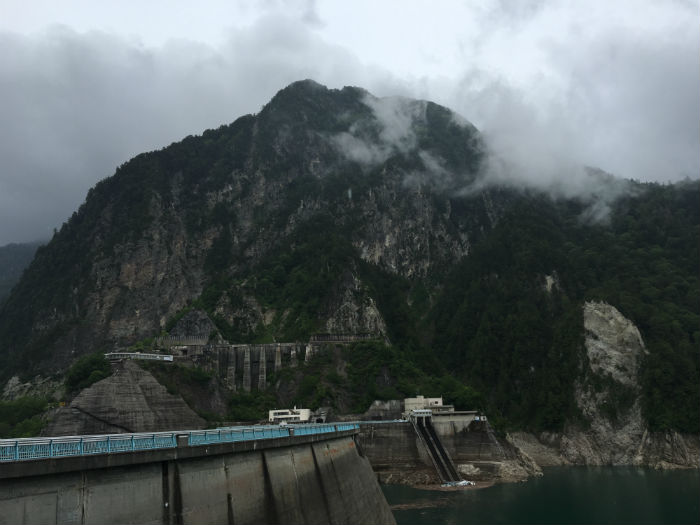 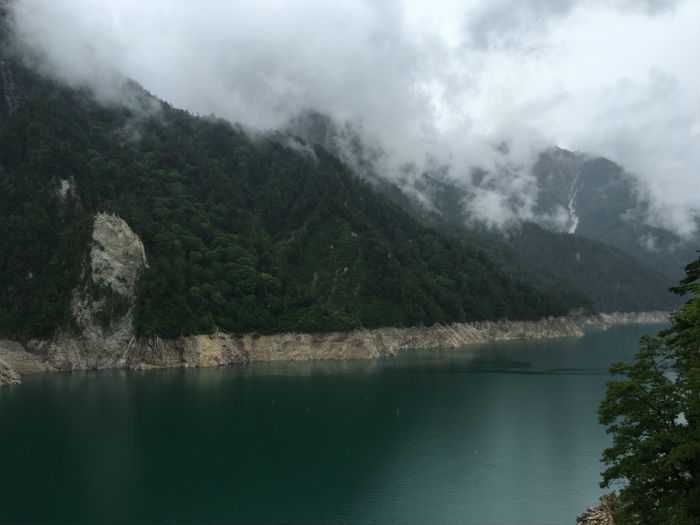 The Kurobe Dam is the highest arch dam in Japan, standing at 1,470-metre. Constructed by over 10 million people, this 186-metre tall dam releases 10 cubic meters of water every second and generates 1 billion kWh of electricity for Japan every year. Do note that the grand view of dam discharge takes place from end June to mid-October. 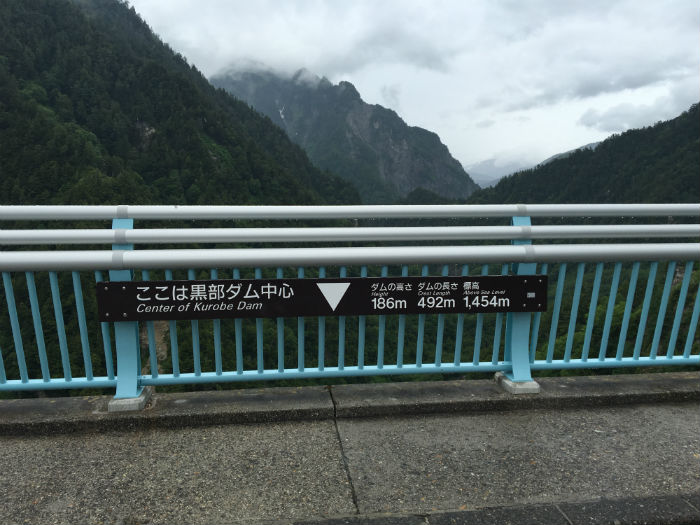 A view from the dam’s observatory. 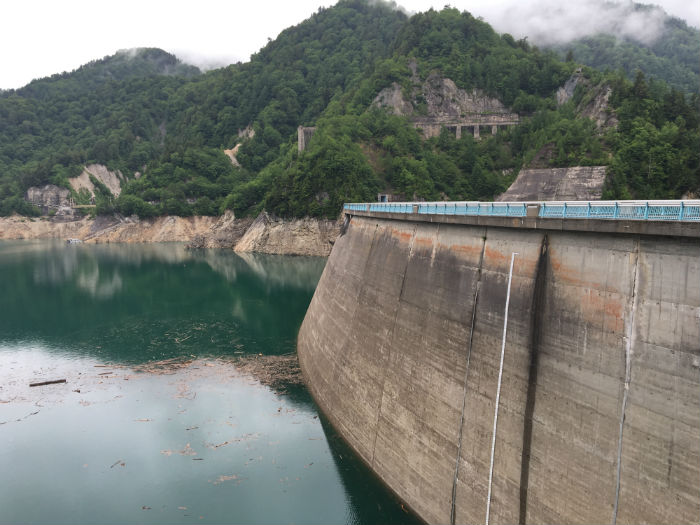 Another view from the dam’s observatory. 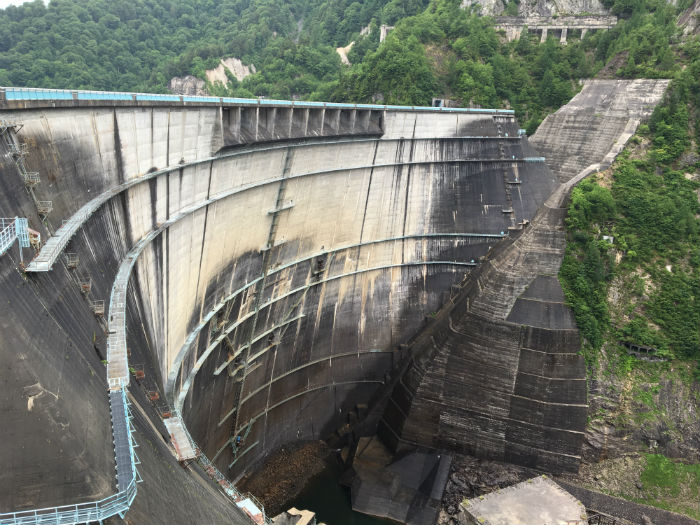 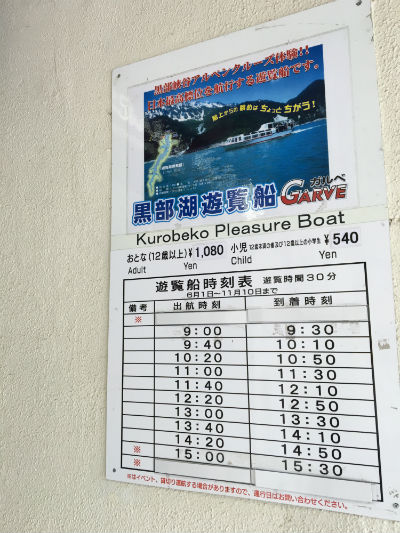 There is a 30-minute excursion boat that goes around Lake Kurobe to view the alps. 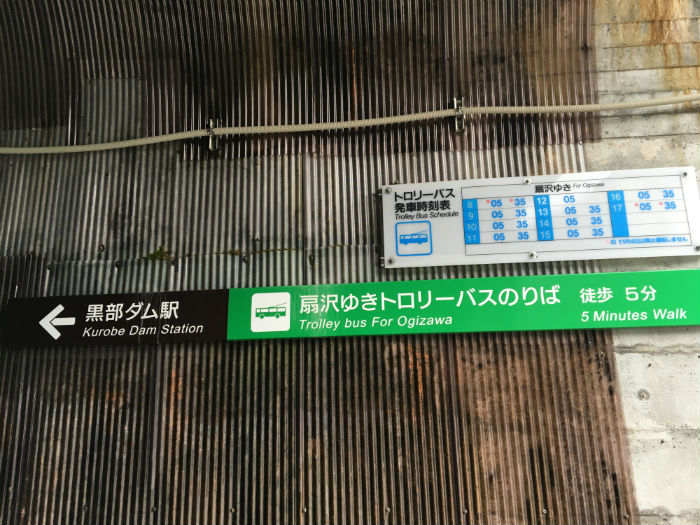 To get to the next destination (Ogizawa), you have to walk through another tunnel again inside the Kurobe Dam Station. 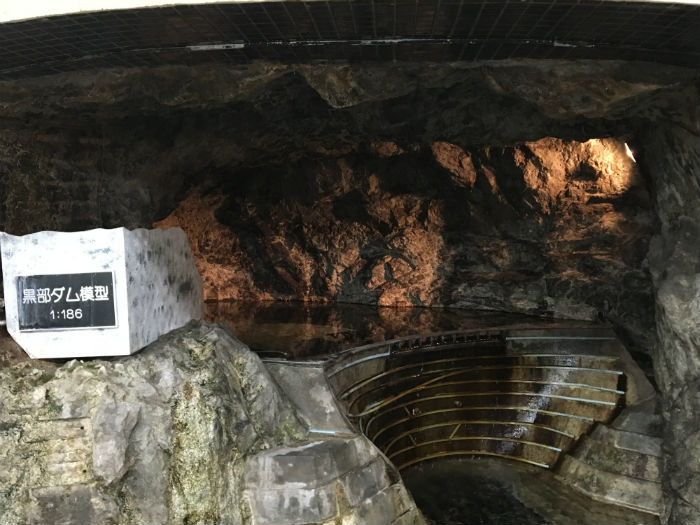 A model remake of the Kurobe Dam with the ratio of 1:186. 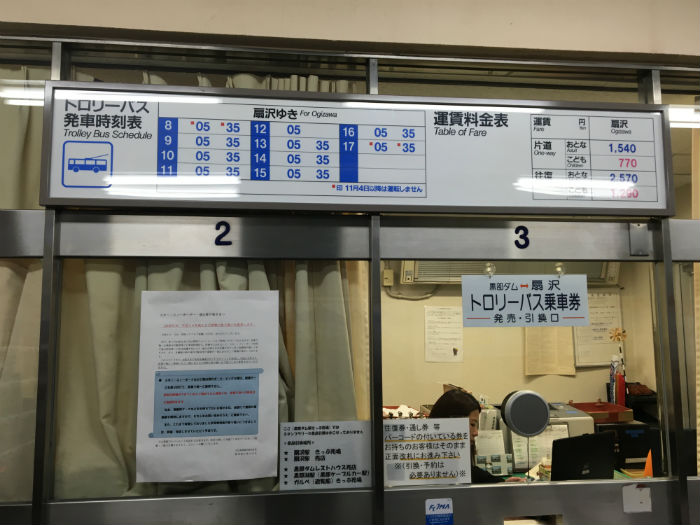 Bus schedule of the Trolley Bus to Ogizawa. 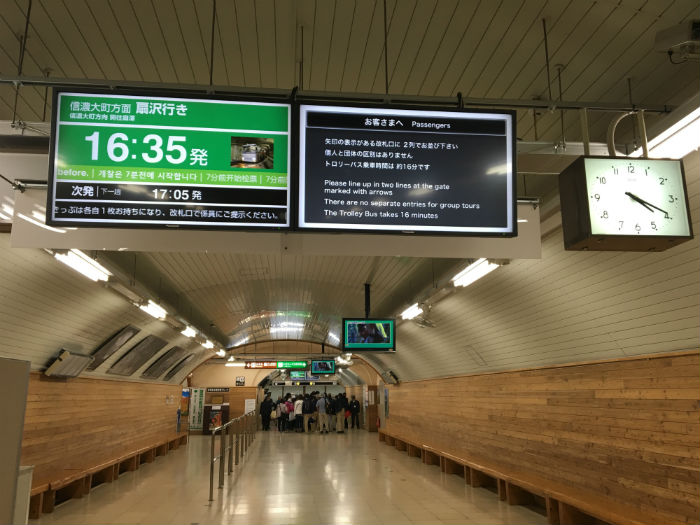 The queue for the bus. 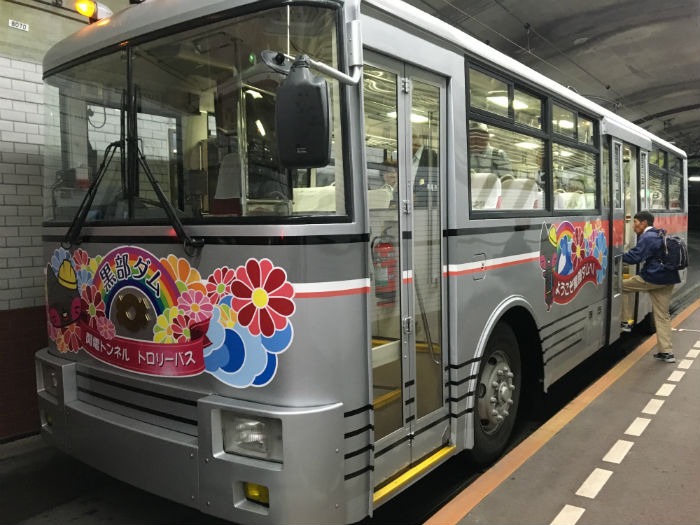 Finally, the last station for the alpine route journey! You could take a bus here back to the city. 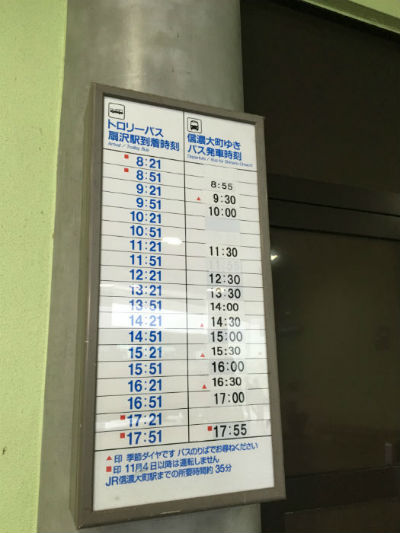 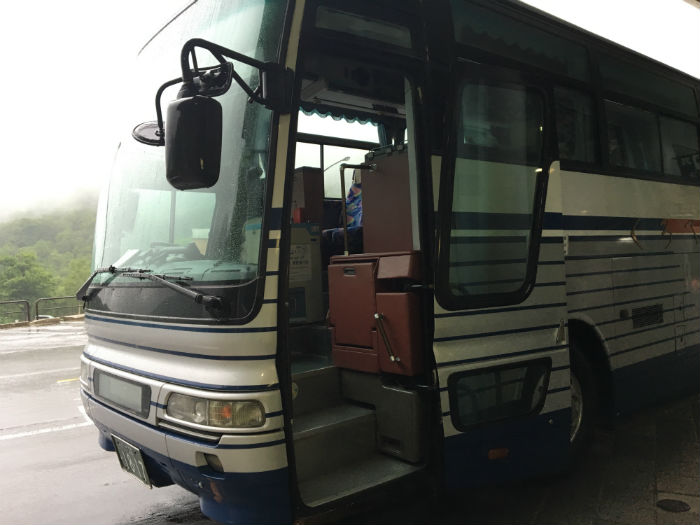 At the end of the day, I concluded that the Tateyama Kurobe Alpine Route is an exhausting but memorable and a unique worthwhile experience, which I would gladly recommend you to try. 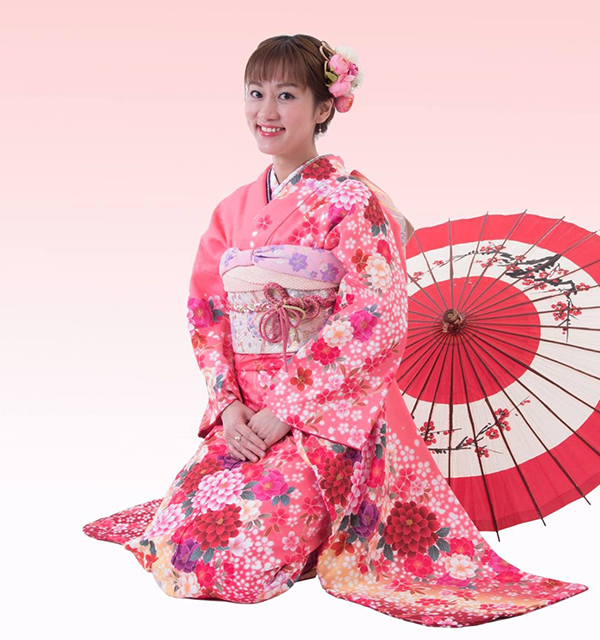