Kagawa, probably the place to get the best Udon in Japan

A Visit to Sendai 3/11 Memorial Community Center No ratings yet.

Not your typical museum: Meiji Mura Museum No ratings yet. 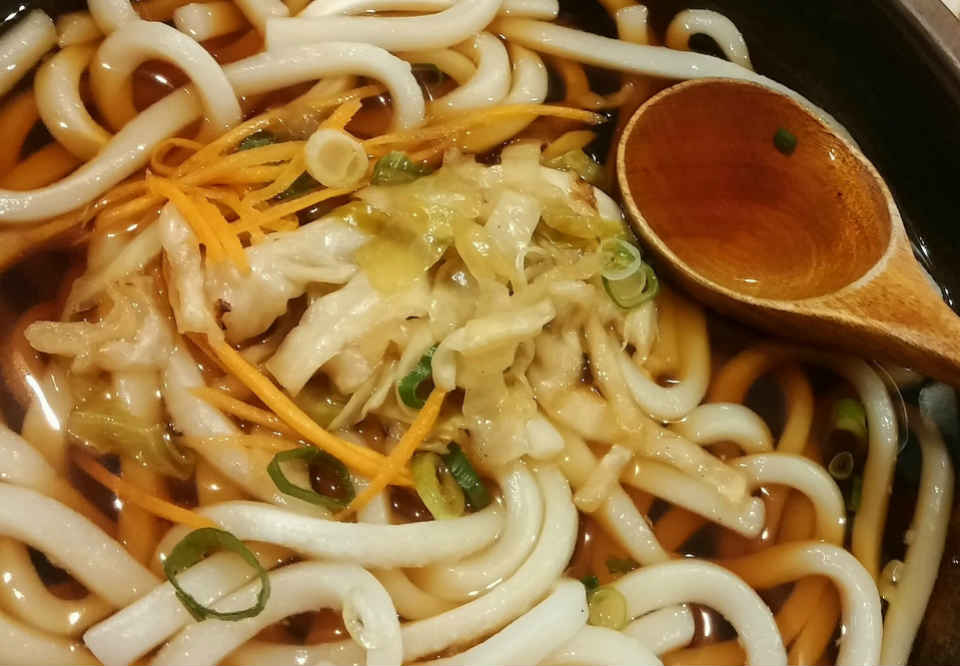 Kagawa, probably the place to get the best Udon in Japan
No ratings yet.
Tags: gourmet • kagawa • shikoku •

Udon or うどん is one of the most widely consumed noodles in Japan. Among the many types of udon available, Sanuki Udon 讃岐うどん is one of the most well-known. I believe many of you who are reading this post have eaten or at least heard about Sanuki Udon before, but did you know that these thick, white noodles actually have a hometown? If you have no idea where it is, the answer is Udon-ken or the Udon Prefecture. You may think that I’m joking, but Udon-ken does exist in Japan, and it is the other name for Kagawa Prefecture 香川県.

Located on the island of Shikoku off the mainland Japan, Kagawa is the smallest prefecture in Japan. While it may not be very well-known among the non-Japanese, the prefecture’s specialty, Sanuki Udon, is not just popular throughout the country but also enjoyed by many people abroad who do not know about this prefecture. The name of Sanuki Udon came from the former name of the prefecture, known as the Sanuki province.

In this article, I am going to share with you the udon culture in Kagawa, as well as some experiences related to udon that visitors can try out when visiting this kingdom of udon.

In Kagawa, Udon is More Than a Staple Food 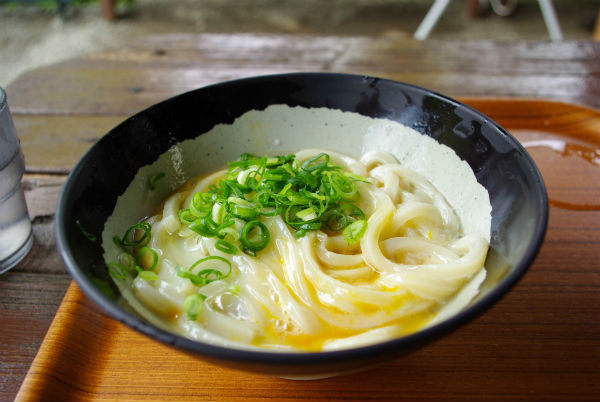 Sanuki Udon has been incorporated into the diet of the people in Kagawa for a long time and is so ingrained in the local culture that it has become the identity of Kagawa.

Although Kagawa is the smallest prefecture in Japan, it is the largest producer of udon noodles in the country. The per capita consumption of udon and the spending on udon per year by the people of Kagawa are also the highest in the country. This is hardly surprising given that the locals eat udon almost every day. 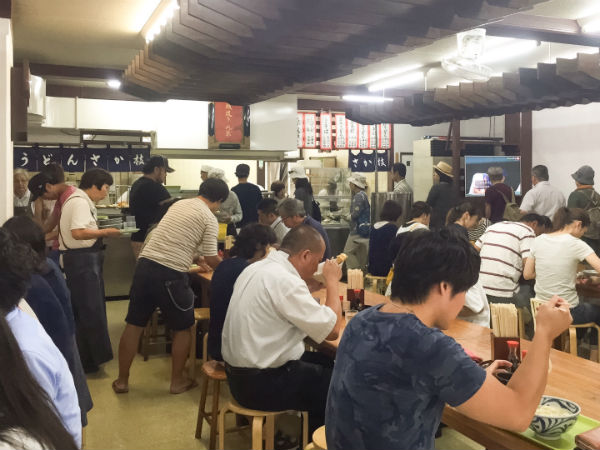 This noodle-centred food culture can be attributed to the climate of Kagawa. Kagawa is a relatively dry prefecture with below average rainfall. As the rainfall has been far from enough to support substantial rice farming, wheat has also been grown traditionally. This has contributed to a diet that is heavy on wheat-based noodles.

Besides being a staple food of Kagawa, Sanuki Udon is the prefecture’s number one tourist attraction. Many people from across Japan visit Kagawa just to eat the tasty noodles. With over 800 udon shops throughout the region, Kagawa really lives up to its name as the Udon Prefecture. 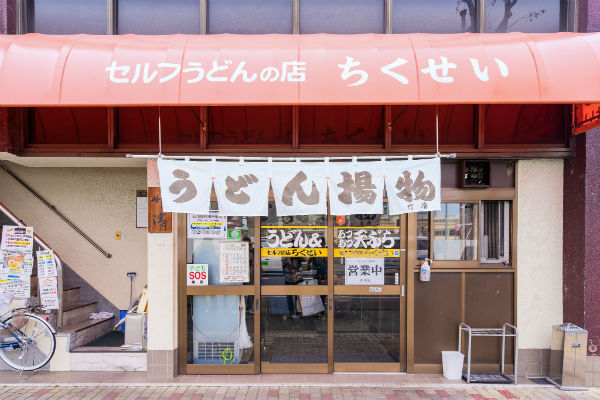 While it is not hard to find an udon restaurant in big cities like Tokyo and Osaka, the udon you get in Kagawa can be quite different.

Sanuki Udon is characterised by its firm, chewy, at the same time silky smooth texture. Also, each bowl of the noodle comes with the quality soy sauce, salt, and niboshi (dried baby sardines), all of which are also Kagawa’s specialty products that add to the taste of the udon dishes.

Better yet, udon is never expensive in Kagawa. A bowl of basic udon costs about 300 yen or below, so what you get is probably the best udon in Japan with only a few hundred yen! 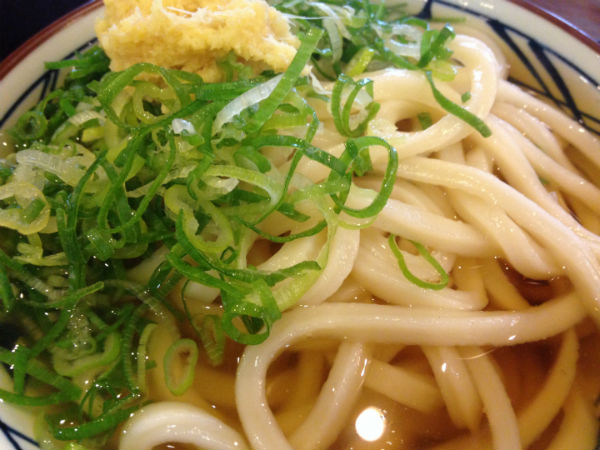 There are many ways to enjoy Sanuki Udon: hot or cold, with broth or without, plus various condiments and toppings, side orders like oden and onigiri which you can choose to go with the udon. Nevertheless, many locals believe that simplicity is the best, adding only basic condiments to complement the taste of the noodles.

The menus of the udon shops are often similar, here are some of the popular variants:- 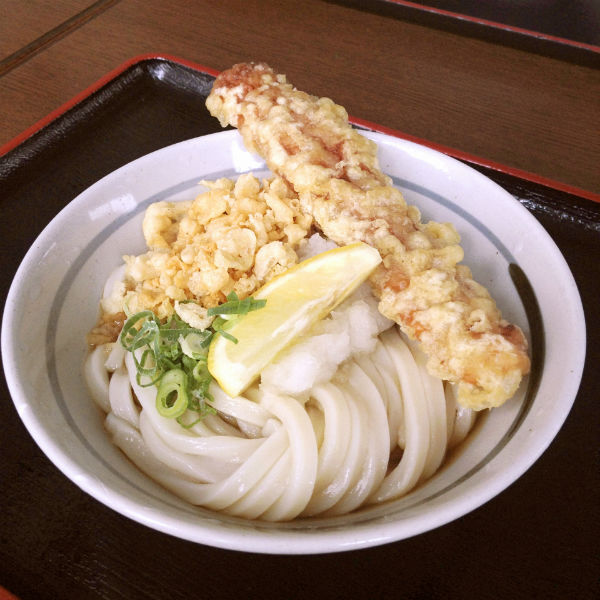 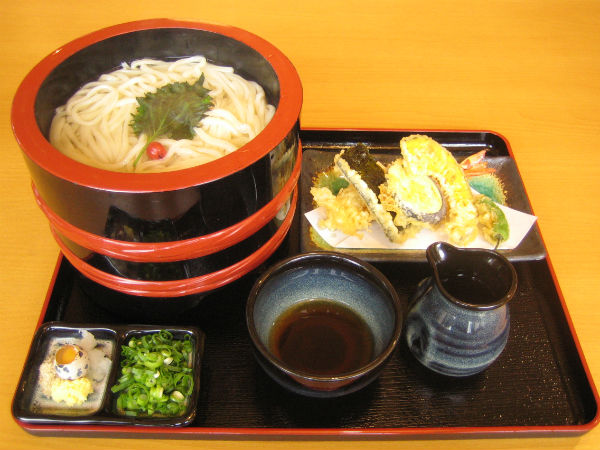 Shops serving Sanuki Udon are everywhere that it is impossible to not notice their presence, just look for the signboards with the Japanese character “うどん”. A number of udon shops can also be found in the shopping arcades in central Takamatsu, the capital of the prefecture.

Finding good udon in Kagawa is not hard, udon is Kagawa people’s soul food, and they are discerning about it. Nevertheless, the golden rule still applies: waiting line is a good sign, and there are shops that are worth the trips. 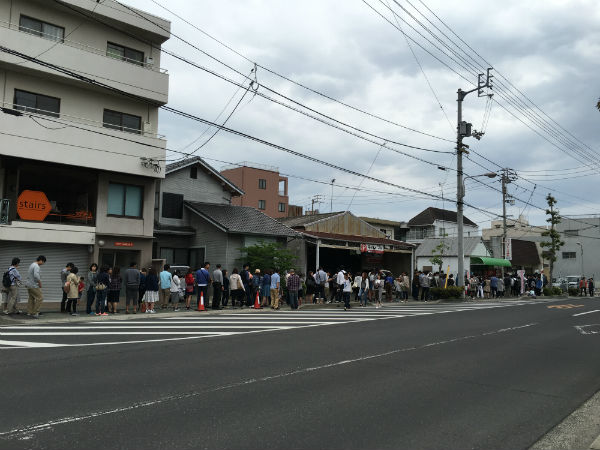 Apart from going to udon restaurants, udon tourism is taken to another level with other udon related activities which visitors can take part when visiting Kagawa, such as the udon bus, udon taxi, and udon making class. 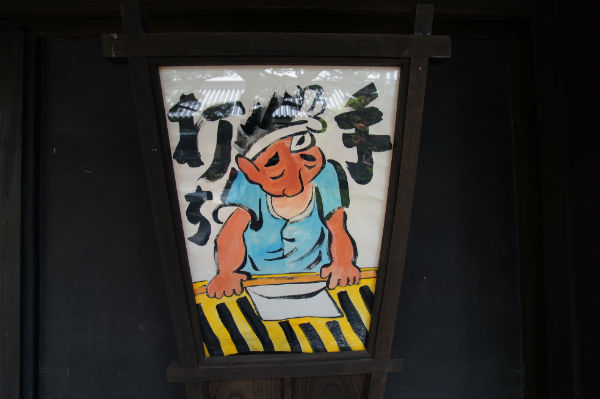 I hope this post helps you to learn a little about the Udon-ken and its Sanuki Udon. When you get the chance to visit Kagawa, make sure to try a couple of different udon places. While they may have similar menus, each shop has its own recipe so try them out to discover your own favourite!