Iwate Travel: 3 Scenic Places that Introduce You to the Beauty of Sanriku Coast (Pt. 1)

Hokkaido’s Off The Beaten Path For Outdoor Lovers No ratings yet. 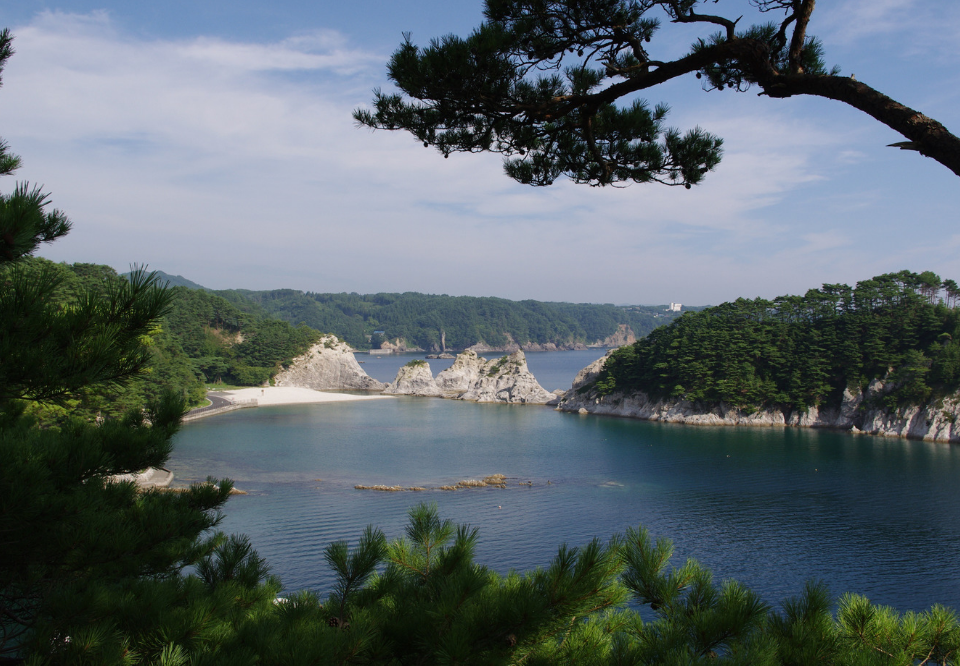 The Sanriku Coast (三陸海岸, Sanriku-Kaigan) is the coastal area spanning three prefectures in the northeastern Tohoku region of Japan. Stretching from southern Aomori prefecture through Iwate prefecture to northern Miyagi prefecture along the Pacific coast, the total length of Sanriku Coast is about 600 kilometres.

Featuring stunning, rugged coastline with grand views of the ocean and dramatic sea cliffs, the region has been attracting visitors with its spectacular natural scenery, fresh seafood, and friendly people. In particular, Iwate prefecture is where many of Sanriku’s famous sightseeing spots are to be found. This article takes a look at three of the most popular ones – Ryusendo, Jodogahama, and Kitayamazaki. 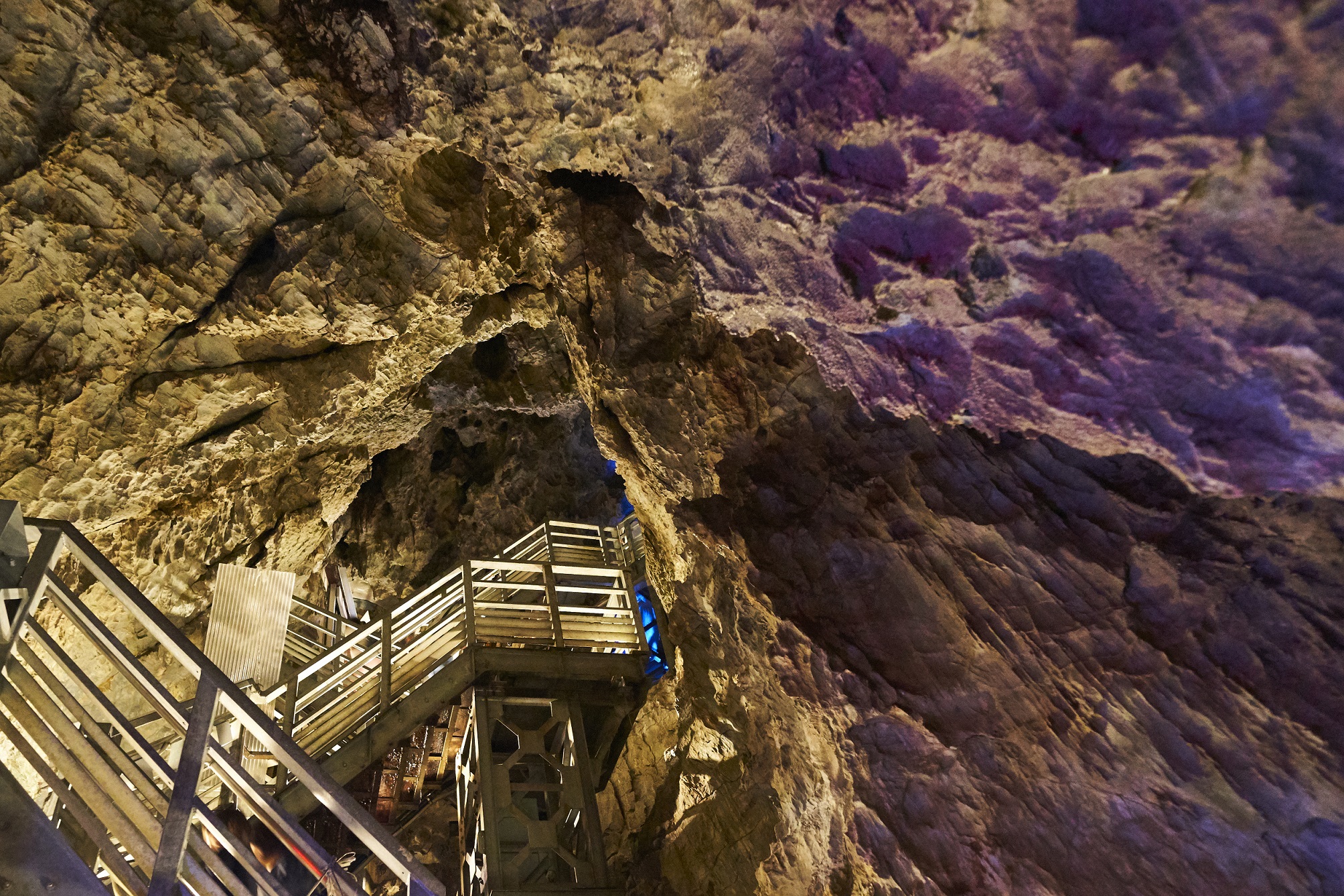 A very popular tourist spot in the town of Iwaizumi 岩泉, Ryusendo is one of the three greatest limestone caves in Japan. The entire length of the cave is estimated to be over 5 kilometres, 3.6 kilometres of which have been explored thus far, and only 700 metres of which are open to the public. Visitors can explore the mere portion in about 30 minutes, walking through the beautifully illuminated caverns, observing unique formations such as stalactites and stalagmites, and most importantly the underground lakes which are the biggest draw of Ryusendo. 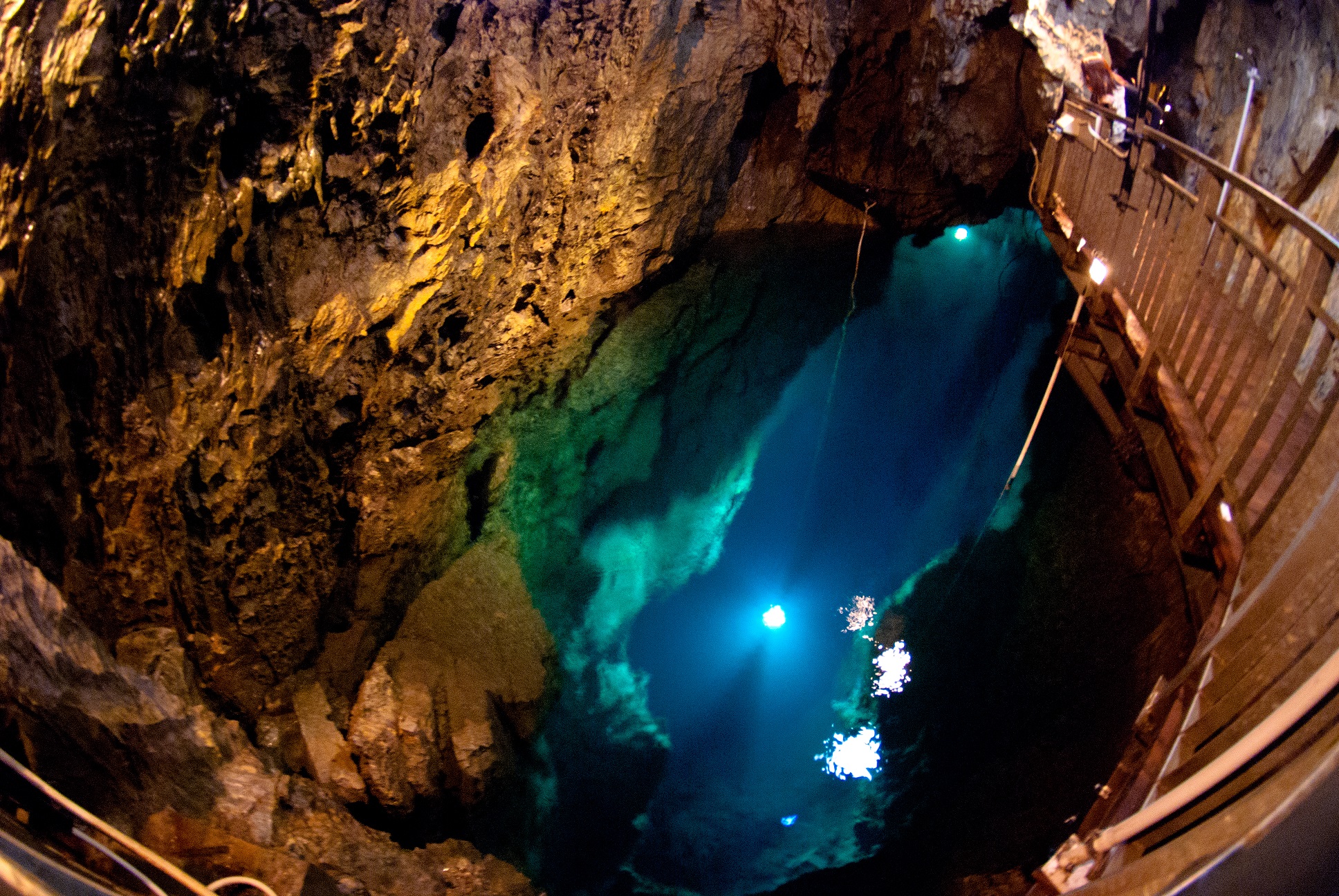 There are three underground lakes available for viewing, all of which are lit with underwater lights to showcase their superior clarity. Formed by fresh spring water, these lakes are so clear that you can see right through them from above, giving a mysterious yet surreal experience. The national natural treasure is also the habitat for several species of bats, so don’t be surprised if you see them hanging above your head (and no, don’t disturb them)! 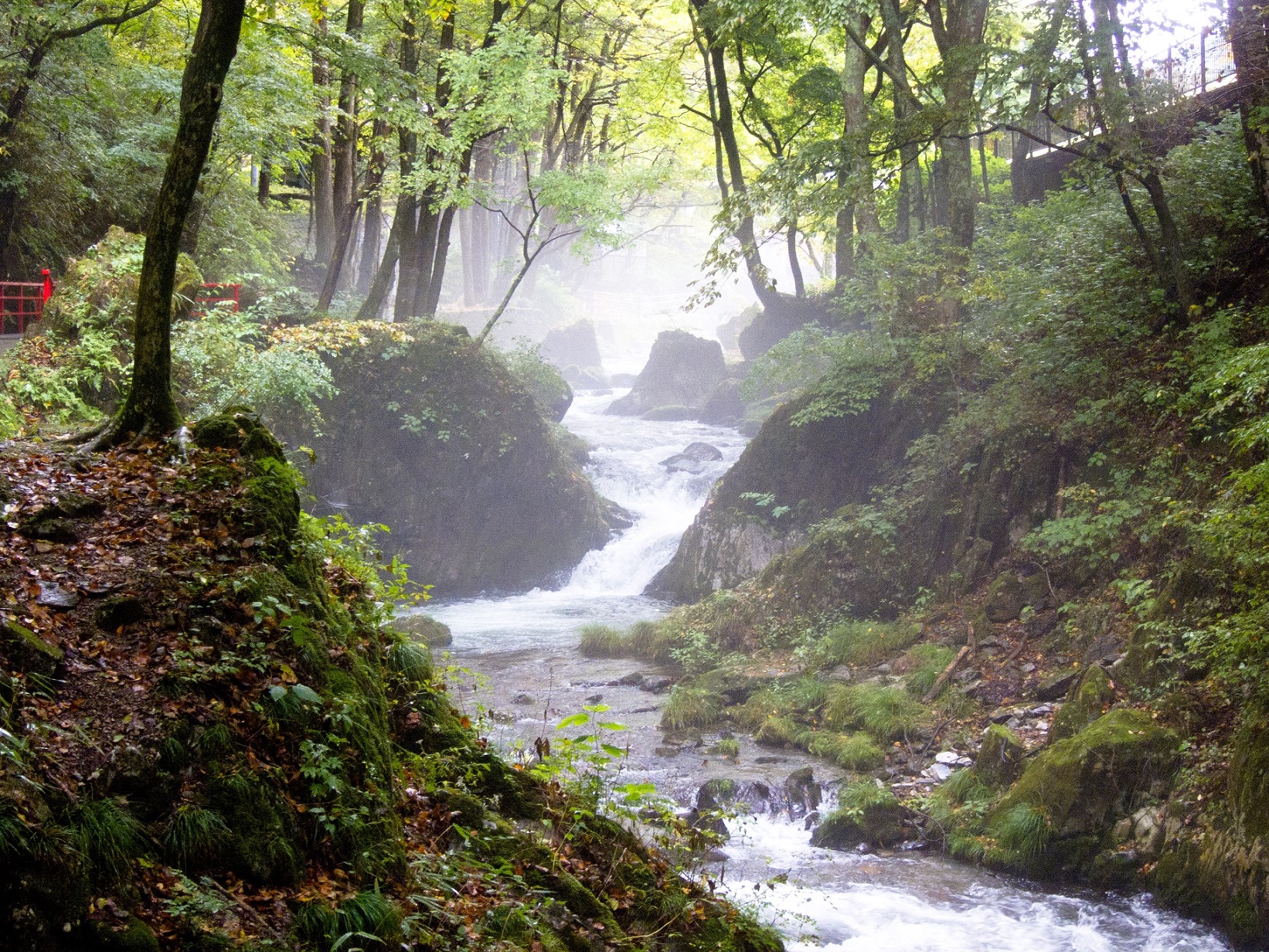 Outside the cave, it is worth taking some time to walk along the river that flows through the greenery, a soothing yet relaxing experience. Lastly, with temperature of about 10 degree Celsius all year long, it is rather cold in the cave so you might want to bring a jacket even when visiting Ryusendo in the summer. 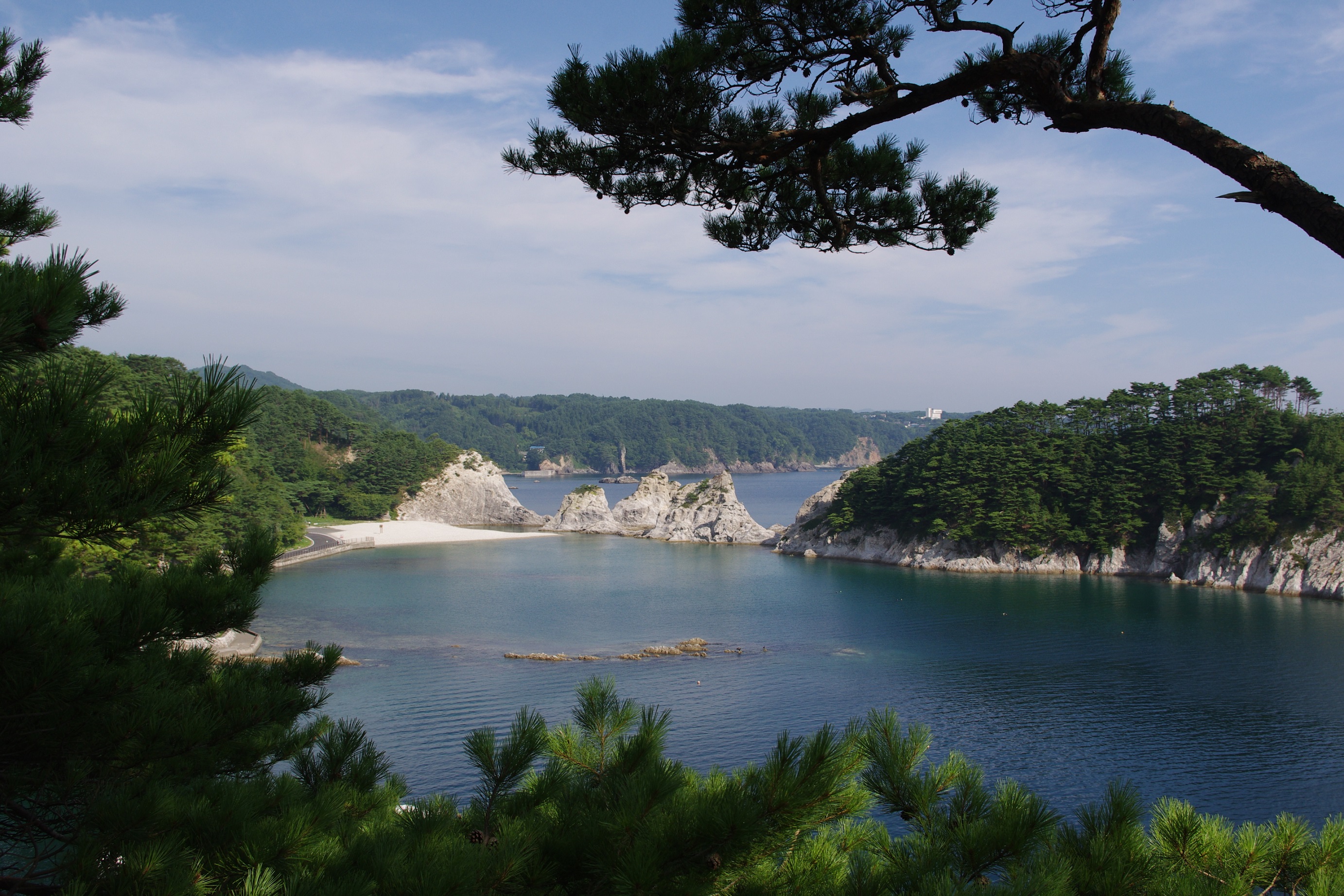 A must-see for anyone visiting the city of Miyako 宮古, Jodogahama is a beach surrounded by towering rock formations, pine-tree covered islands and calm, transparent water. The place of scenic beauty is named “jodo” (means Pure Land, a Buddhist word for paradise) for its breathtaking views – the vivid contrast of the jagged white rocks, green pine trees, and the emerald blue sea. 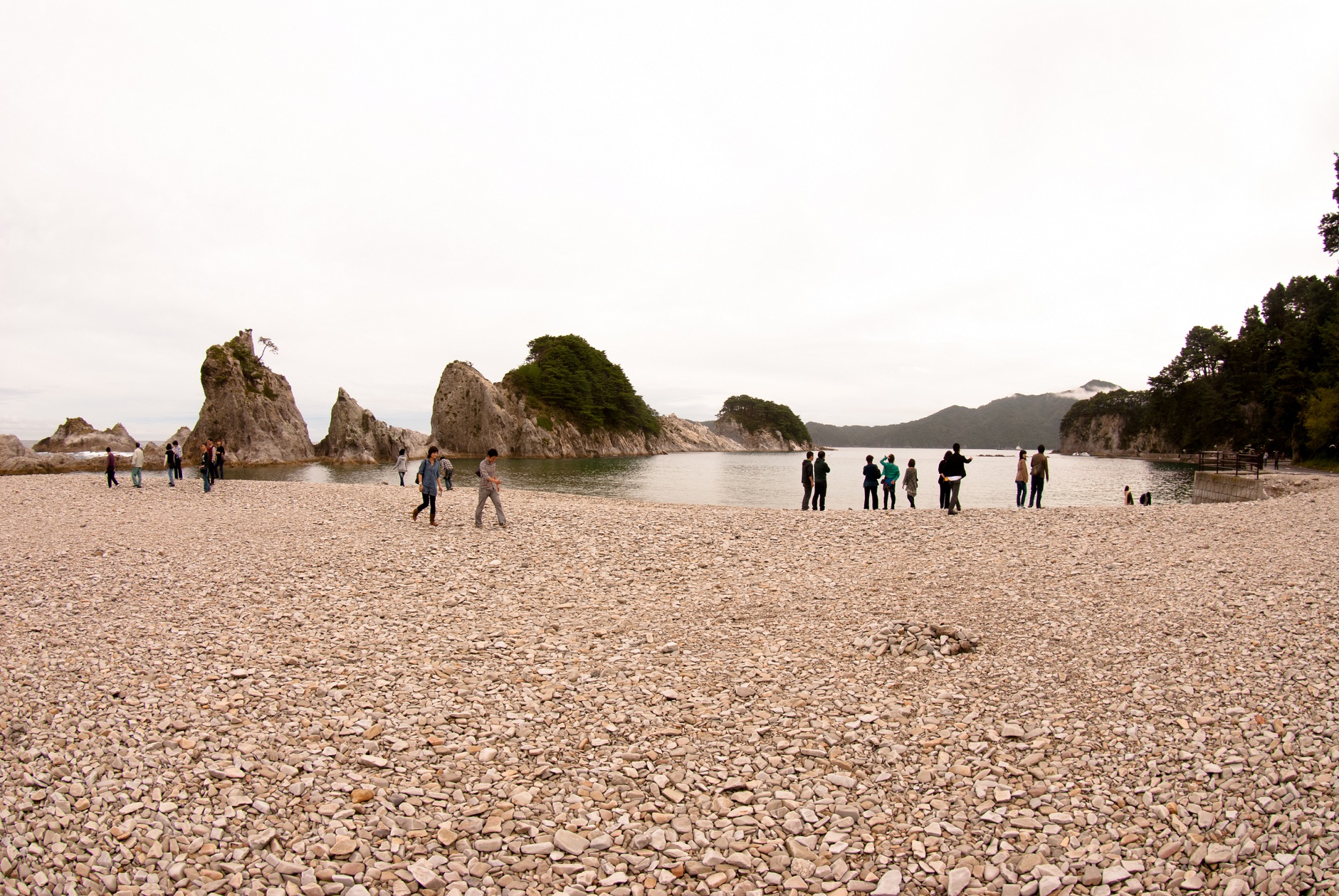 Visitors can explore the beauty of the place by following the walking trails that lead to various points around the area, including four observatories to view Jodogahama’s scenery from different angles. There are also marine house, rest house, and visitor centre where visitors can enjoy local delicacies, shop for souvenirs, and get more information about Jodogahama. 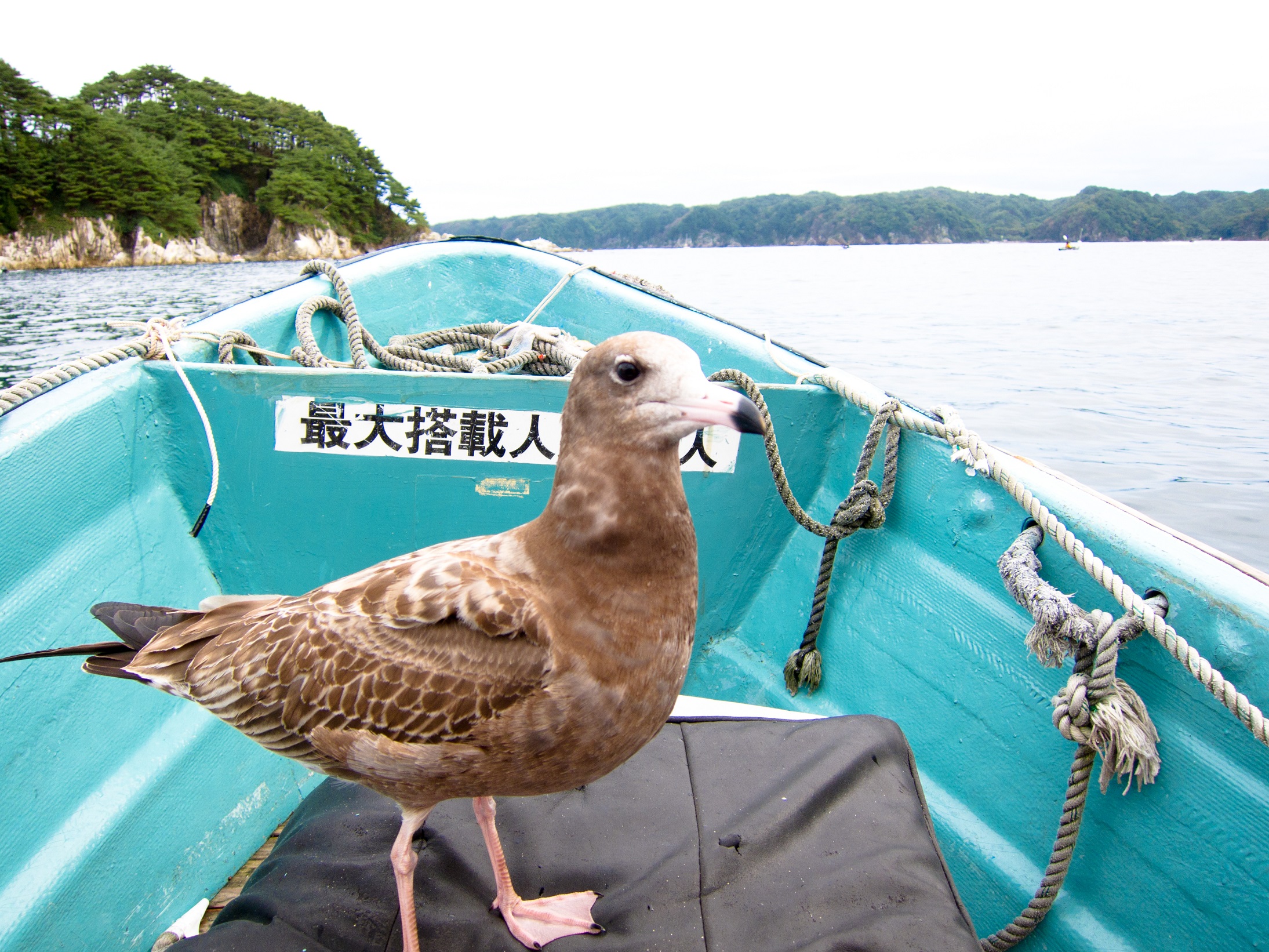 You can also sign up for a boat tour that takes visitors on a cruise along the rugged shoreline, passing by various unique features such as blowhole and cave that can only be accessed by the sea. There are two companies to choose from: Miyako Jodogahama Boat Cruise (40 minutes, 1400 yen) and Blue Cave Cruise (20 minutes, 1500 yen). Whatever your choice is, be prepared to be pestered by the seagulls that chase after the boats! 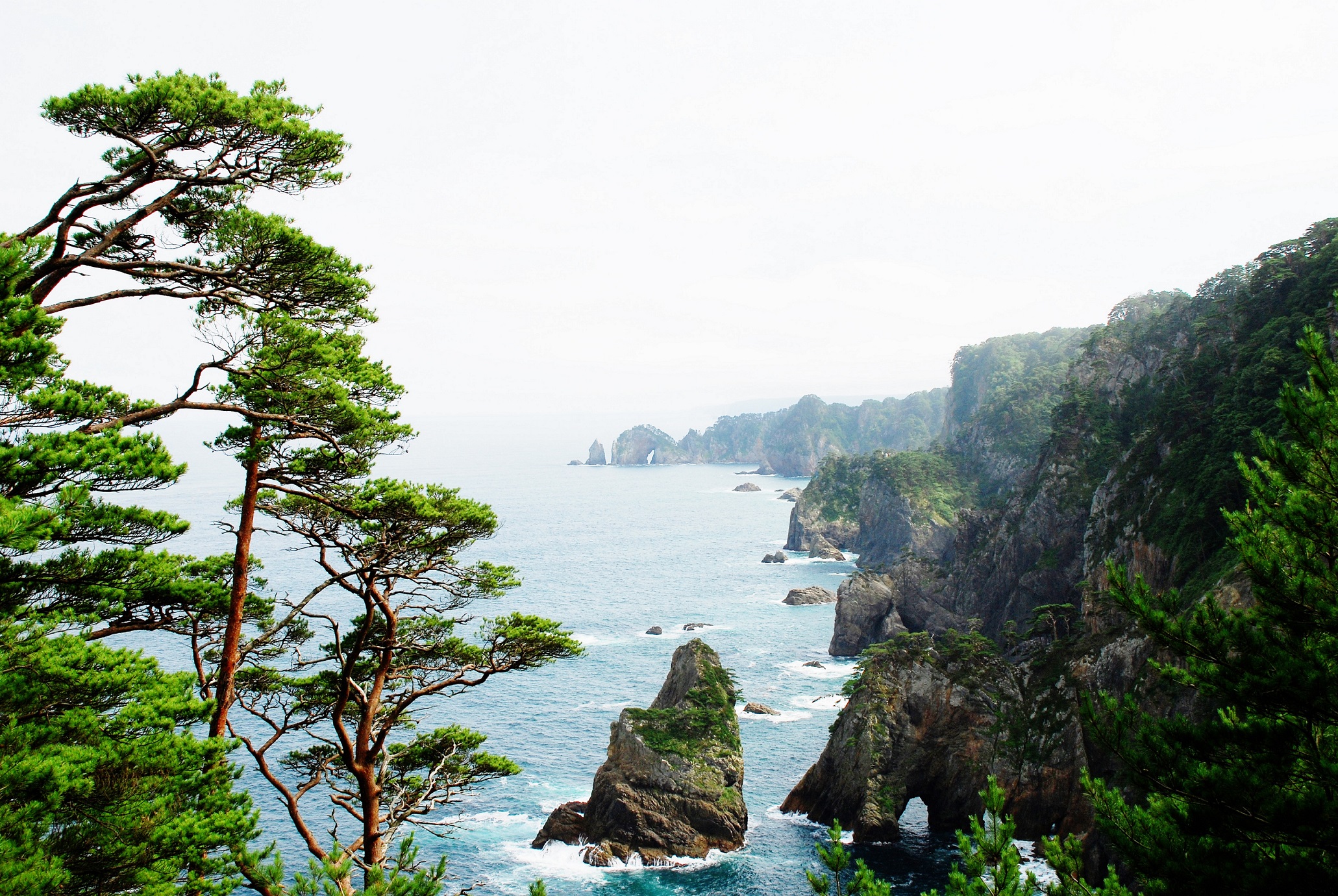 The iconic sight of Sanriku Coast, Kitayamazaki is a stretch of 8 kilometre long coastline with sheer 200 metre high cliffs. The site features a park with three observation decks at various heights, offering majestic views of the cliffs and ocean. The scenery can vary depending on the season, weather, and time of day: sometimes a thick fog (“yamase” in Japanese) is seen lingering around and obscuring the cliffs, while on clear days one can even see the Todogasaki Lighthouse at the easternmost point of Honshu Island come into view. 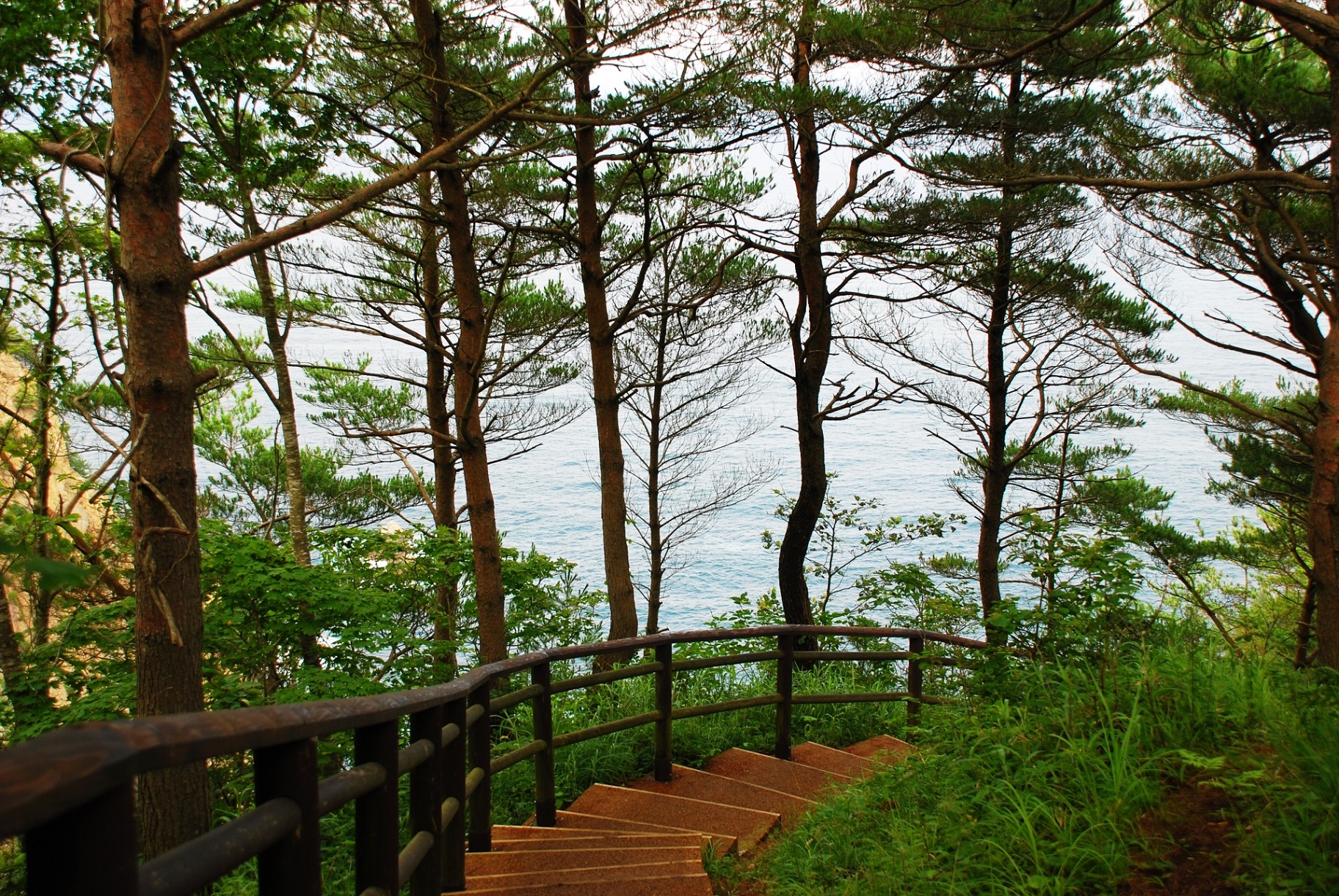 Also around the park are rest house, restaurants, and visitor centre where you can enquire about the pleasure boat tour which is another good way to enjoy the beautiful coastline (50 minutes, 1,460 yen). If you have more time and fit enough, you may consider walking all the way down to the shore and observe the strangely-shaped rocks and caves around the base. But mind you, it is a flight of nearly 1,000 steps from the first observatory at the top and you have to climb back up after that! 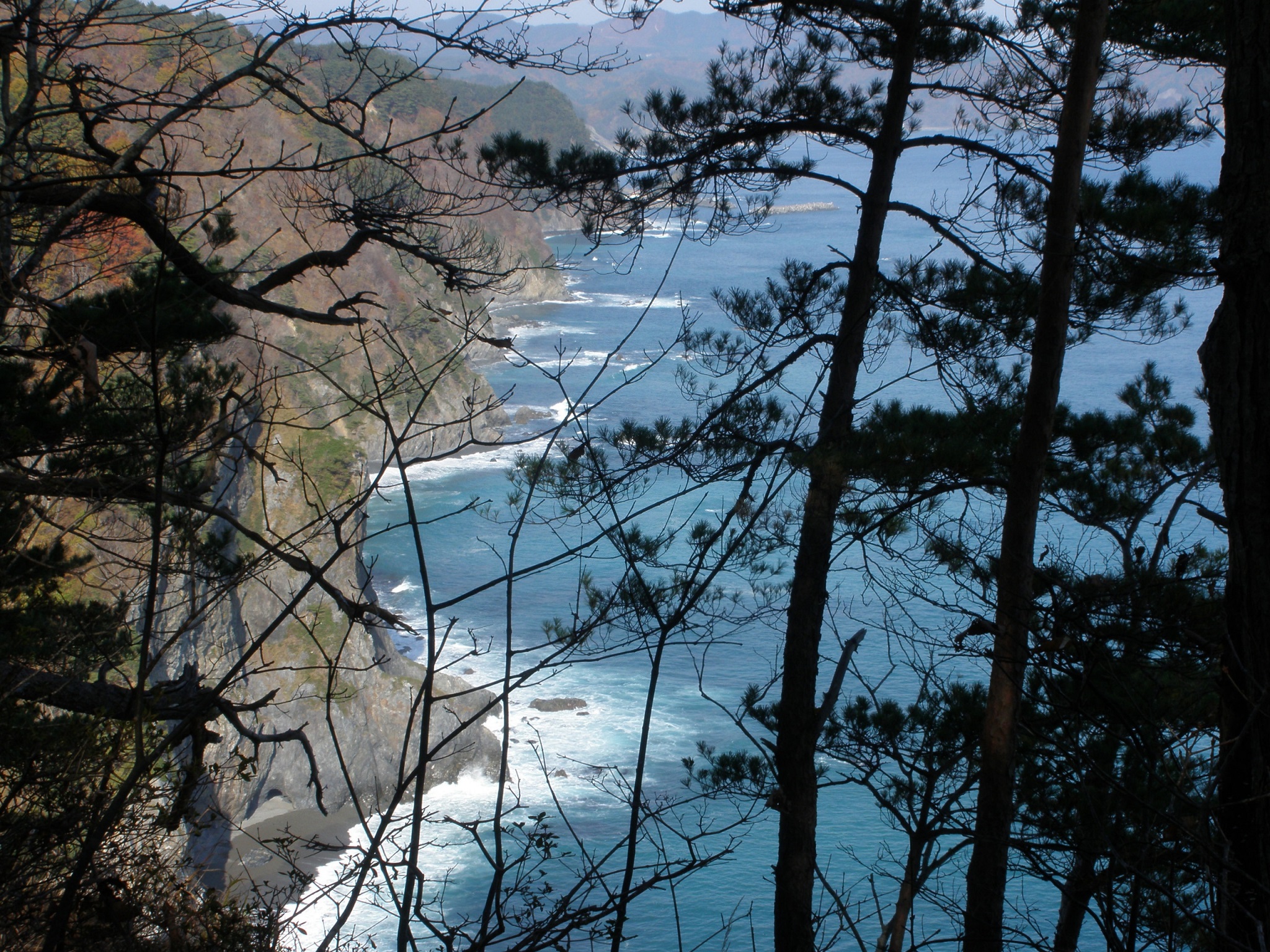 Located about 10 kilometres away from Kitayamazaki is Unosu Cliff 鵜の巣断崖, where five nearly identical, neatly arranged cliffs are seen jutting out into the Pacific Ocean. These precipices, measure 200 metres in height, can be viewed from the observation deck not far from the parking lot (about 5 minutes’ walk). And as the name “Unosu” (cormorant’s nesting cliff) suggests, you can also spot wild birds such as the cormorants and ospreys nesting on the steep cliff. While the scenery here is different from that of Kitayamazaki, it is just as impressive.

As public transport to Kitayamazaki and Unosu Cliff is very limited, a rental car is recommended to visit these places. For those who do not drive, the “tourist taxis” 観光乗合タクシー can be a convenient option.

Fares and timetables: https://www.vill.tanohata.iwate.jp/kanko/kantaku_time.html (in Japanese)

In the next part of this article, I will share some travel tips about accessing Ryusendo, Jodogahama, and Kitayamazaki from Tokyo, as well as other attractions worth seeing and doing while you are in the region, stay tuned!