Iwate Travel: 3 Scenic Places that Introduce You to the Beauty of Sanriku Coast (Part 2)

Hokkaido For Muslims No ratings yet. 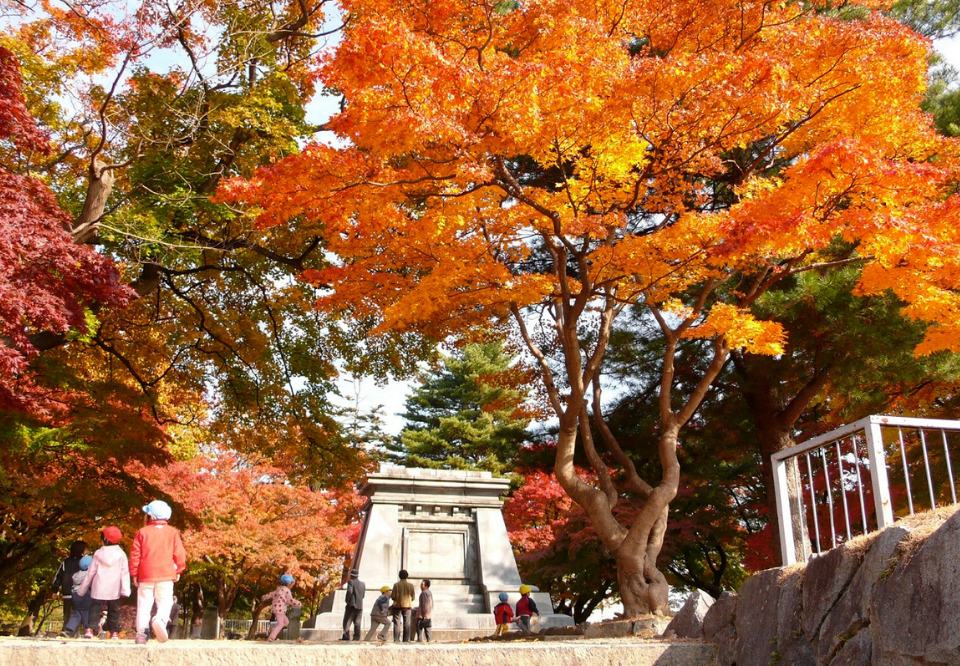 Sanriku Coast 三陸海岸 is a coastal region facing the Pacific Ocean in the northeastern Tohoku region of Japan. A gem for visitors looking to go for a less travelled path, the area offers abundant natural beauty, unique local culture, and of course, mouthwatering local cuisine waiting to be explored.

After introducing three of Sanriku’s most popular attractions – Ryusendo Cave, Jodogahama Beach, and Kitayamazaki Cliff in the first part, in this second part let’s take a look at some other attractions worth checking out while you are in the region for these three famous sights. 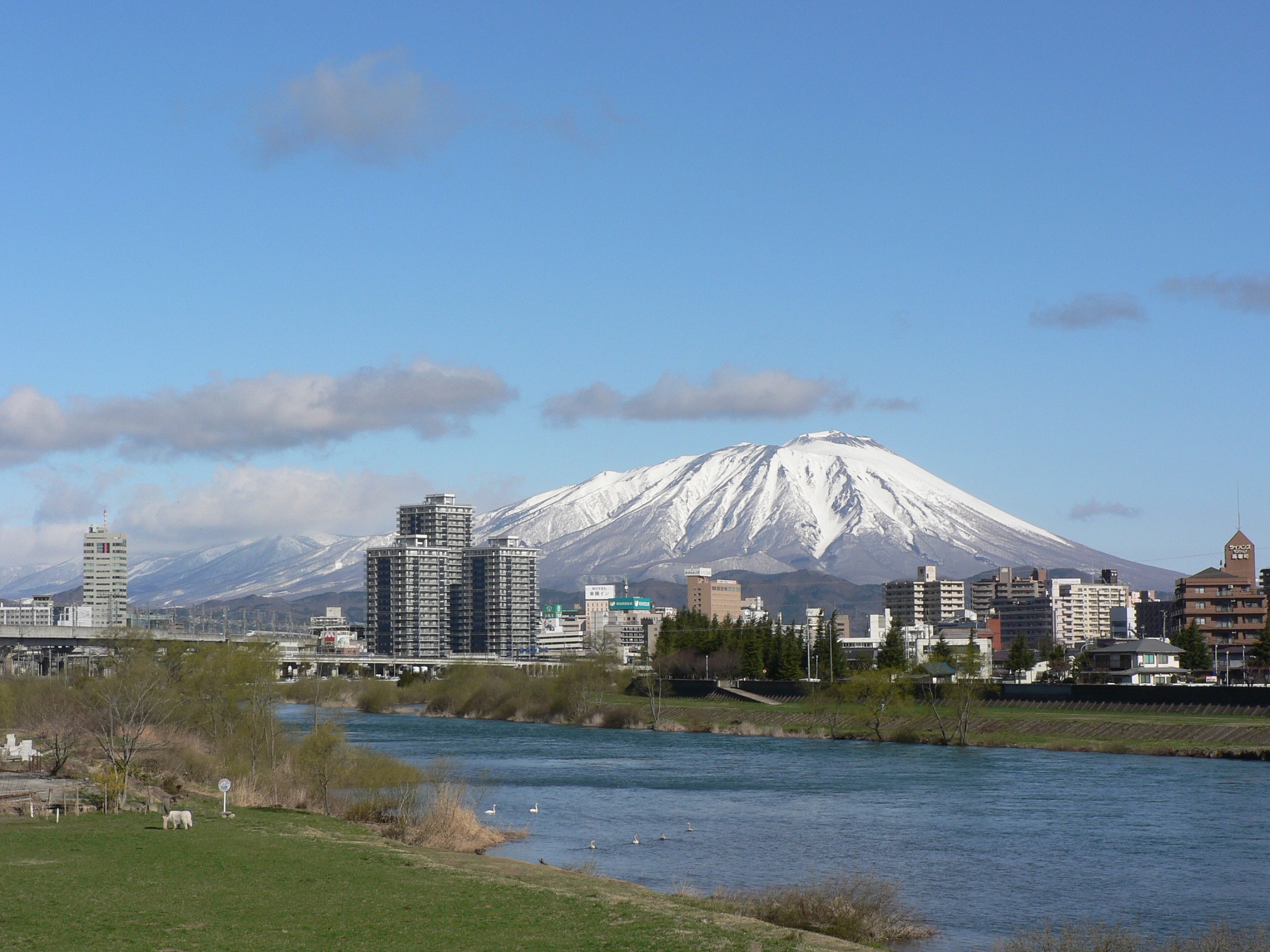 First is Morioka 盛岡, the capital city of Iwate also the gateway to Ryusendo. It is easily the first stop for visitors travelling to the region from Tokyo, and makes a good base to explore some of the attractions as well as other smaller towns and cities in Sanriku area. The city is about two and a half hours away from Tokyo via the Tohoku Shinkansen, with one way trip costs about ¥15,000 (covered by the Japan Rail Pass and JR East Tohoku Area Pass).

With buses departing from the terminal in front of Morioka Station, including the Denden Mushi Loop Bus でんでんむし号 which encircles the city centre area (¥100 for a single trip, ¥300 for a day pass), getting around the sightseeing spots around Morioka is convenient, not to mention some of the attractions are within walking distance of the station too. 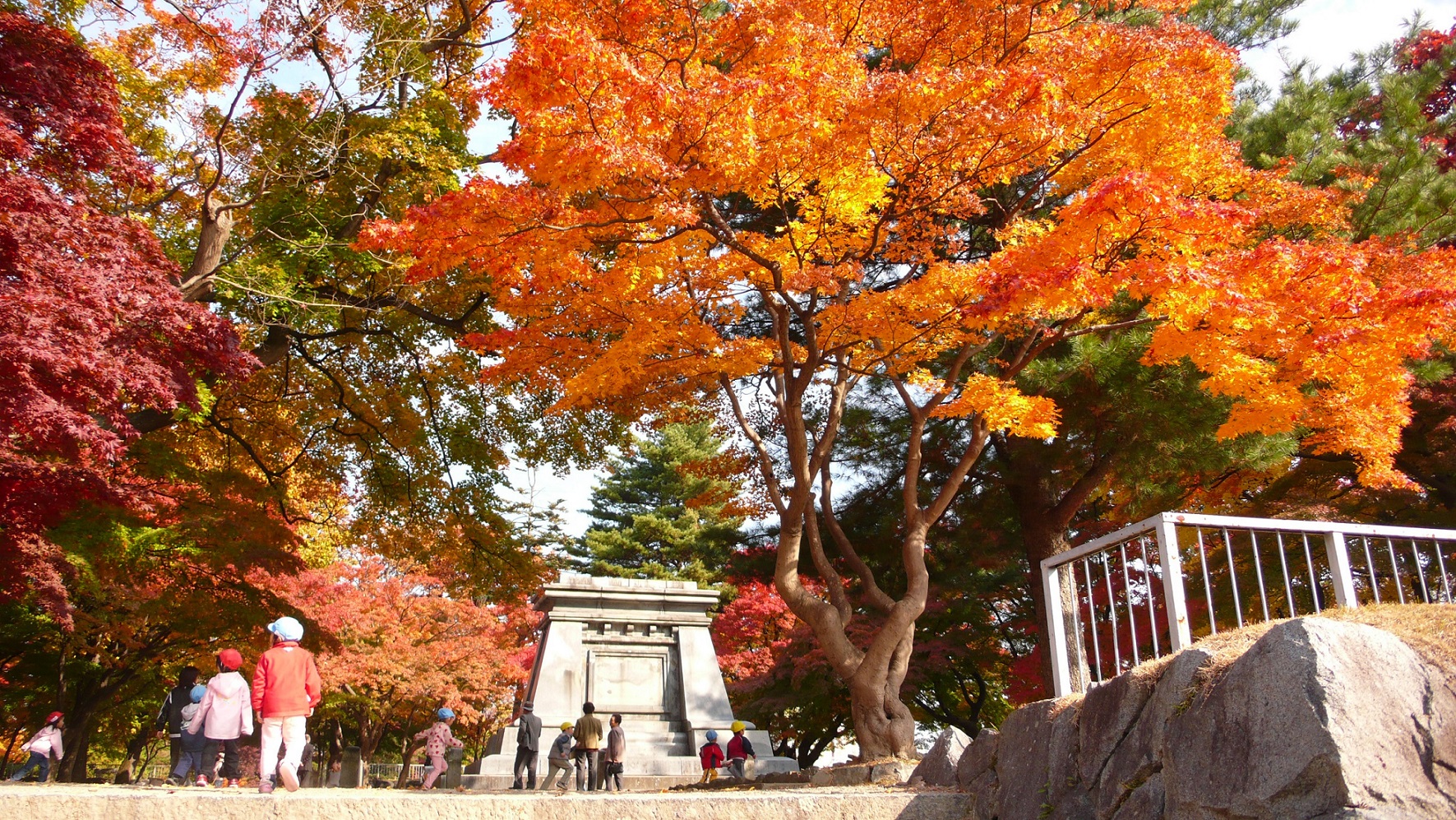 The most famous landmark of Morioka is Mt. Iwate, the highest peak in Iwate which can be seen from almost everywhere across the city. Among the best places to enjoy the views of this graceful looking mountain is Morioka Castle Site Park 盛岡城跡公園, also known as Iwate Park 岩手公園. Located in the city centre, the park was formerly the site of Morioka Castle but now a public green space where the locals hang out, relax, and enjoy the four seasons with various seasonal flowers and colourful foliage.

Another place to enjoy the beauty of each season is Takamatsu Park 高松公園. With the large Takamatsu Pond in the centre, the park is known for the 1,000 cherry blossom trees that bloom to a sea of pink in spring, and the migratory swans from Russia taking a respite at the park in winter. Enjoy the park’s peaceful atmosphere with a stroll, a picnic, a jog, or even boat rowing in summer! 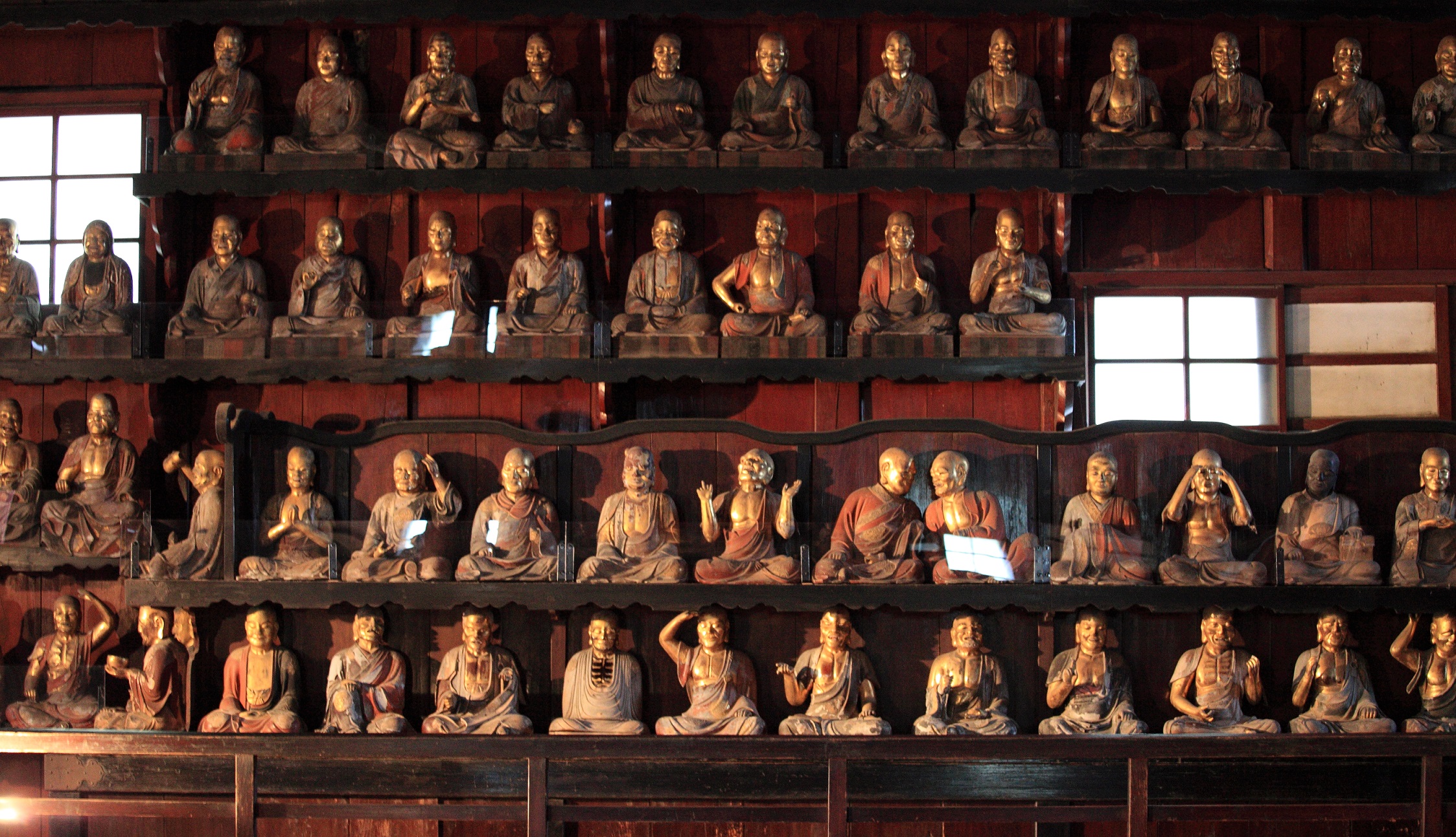 There are also many sightseeing spots where you can explore the history and culture of Morioka. One example is Hoonji Temple 報恩寺 (admission: ¥300), a Zen Buddhist temple founded in the 14th century by the 13th lord of the Nanbu clan who ruled the Morioka Domain at that time. The temple is known for its impressive 500 Statues of Rakan (Buddha’s disciples), and its main gate is nothing short of photogenic too.

Another historical spot worth visiting is Bank of Iwate Red Brick Building 岩手銀行赤レンガ館 (admission: ¥300), a landmark of Morioka that had been used as a bank for over 100 years. Completed in 1911, the building is now open to the public, displaying the interior and furnishings representative of the Meiji period just like its Western-style architecture. 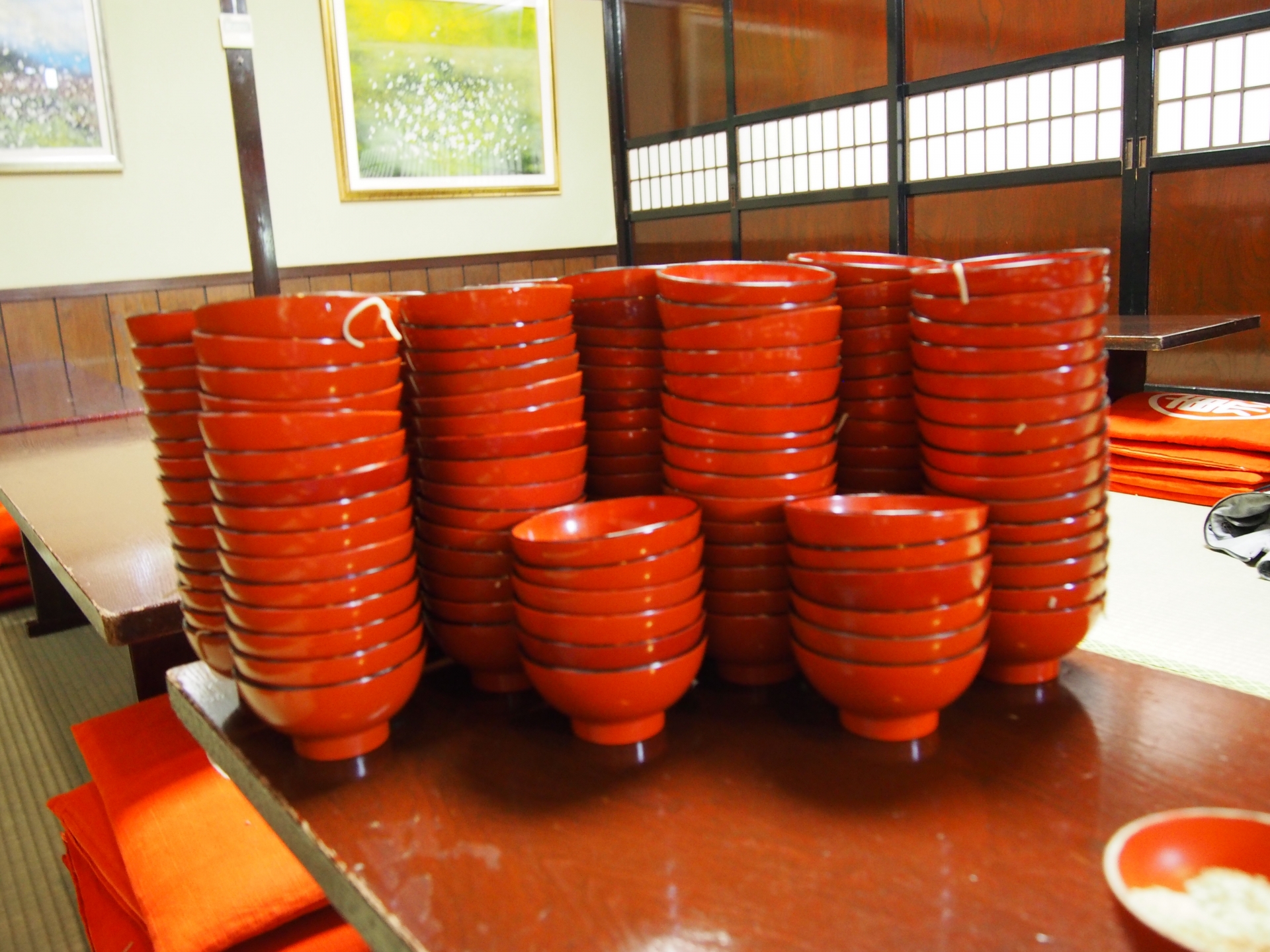 Morioka is famous for three noodle dishes – Wanko Soba, Reimen, and Jajamen. First up, eating wanko soba わんこそば is no ordinary challenge because bite-sized bowl of soba is served to you one after another non-stop until you put a lid on the bowl! Reimen 冷麺 is a cold noodle dish originally from North Korea, a refreshing combination of firm noodles, beef broth, kimchi and other toppings. Jajamen じゃじゃ麺 was inspired from Chinese ‘zhajiangmian’, featuring udon-like noodles, miso meat sauce, cucumber, and spring onions – don’t forget to end your meal with a ‘chi-tan’ soup, which you make by adding an egg and noodle cooking water to the remaining meat sauce in the bowl!

Making a stopover in Miyako 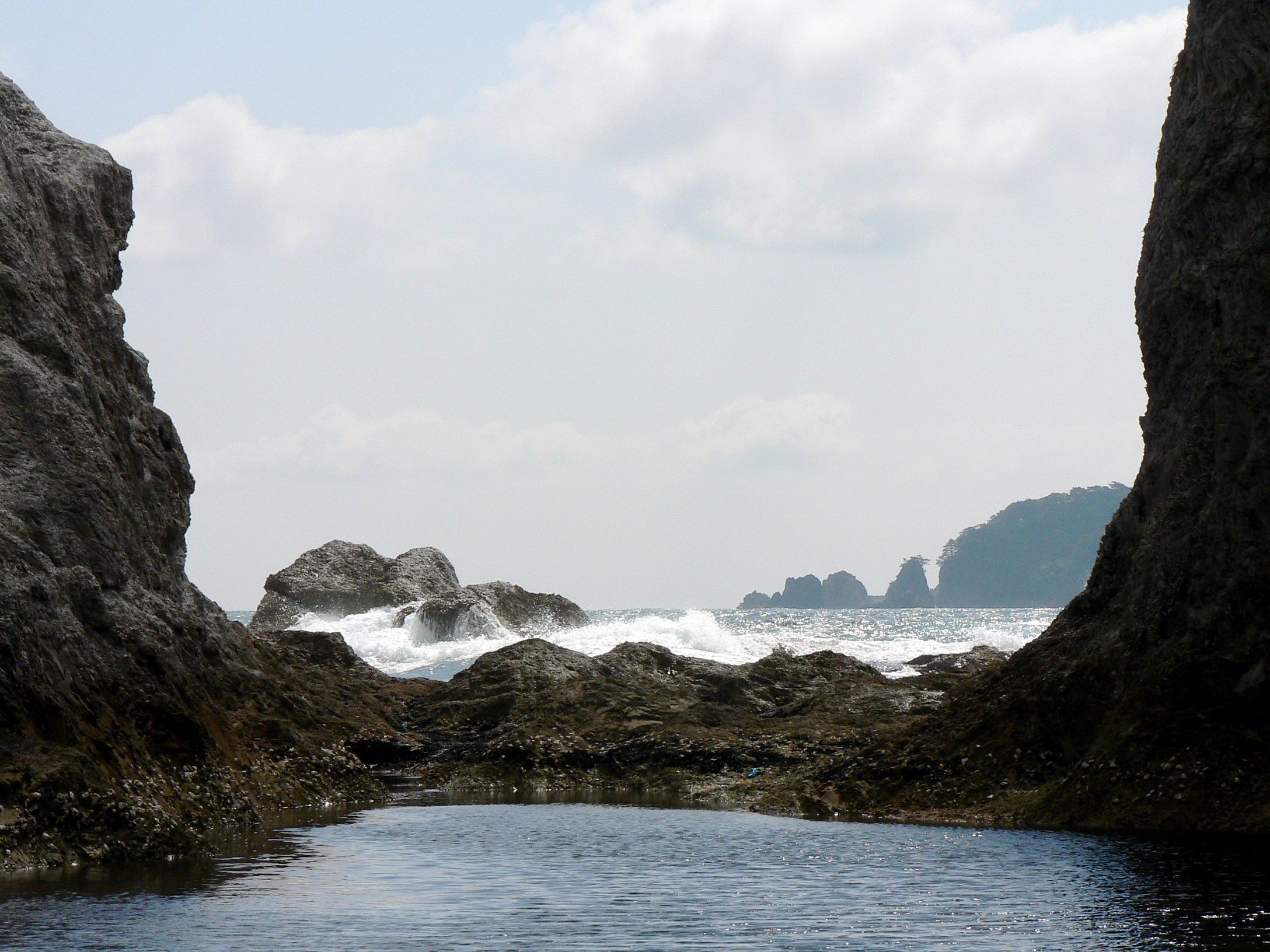 Next, let’s travel to Miyako 宮古, a small city on the Sanriku Coast attracting visitors with the scenic Jodogahama. Conveniently accessible from Morioka through the JR Yamada Line and is connected to other parts of Sanriku via the Sanriku Railway, Miyako is also an important base for visiting other attractions in the area such as Kitayamazaki.

Miyako is about 2 hours away from Morioka and can be reached either by taking a bus (106 Express Bus 106急行バス) or a train (JR Yamada Line 山田線) from Morioka Station. The bus fare is ¥2,030 one way while the train trip is ¥1,940 one way and is covered by Japan Rail Pass and JR East Tohoku Area Pass 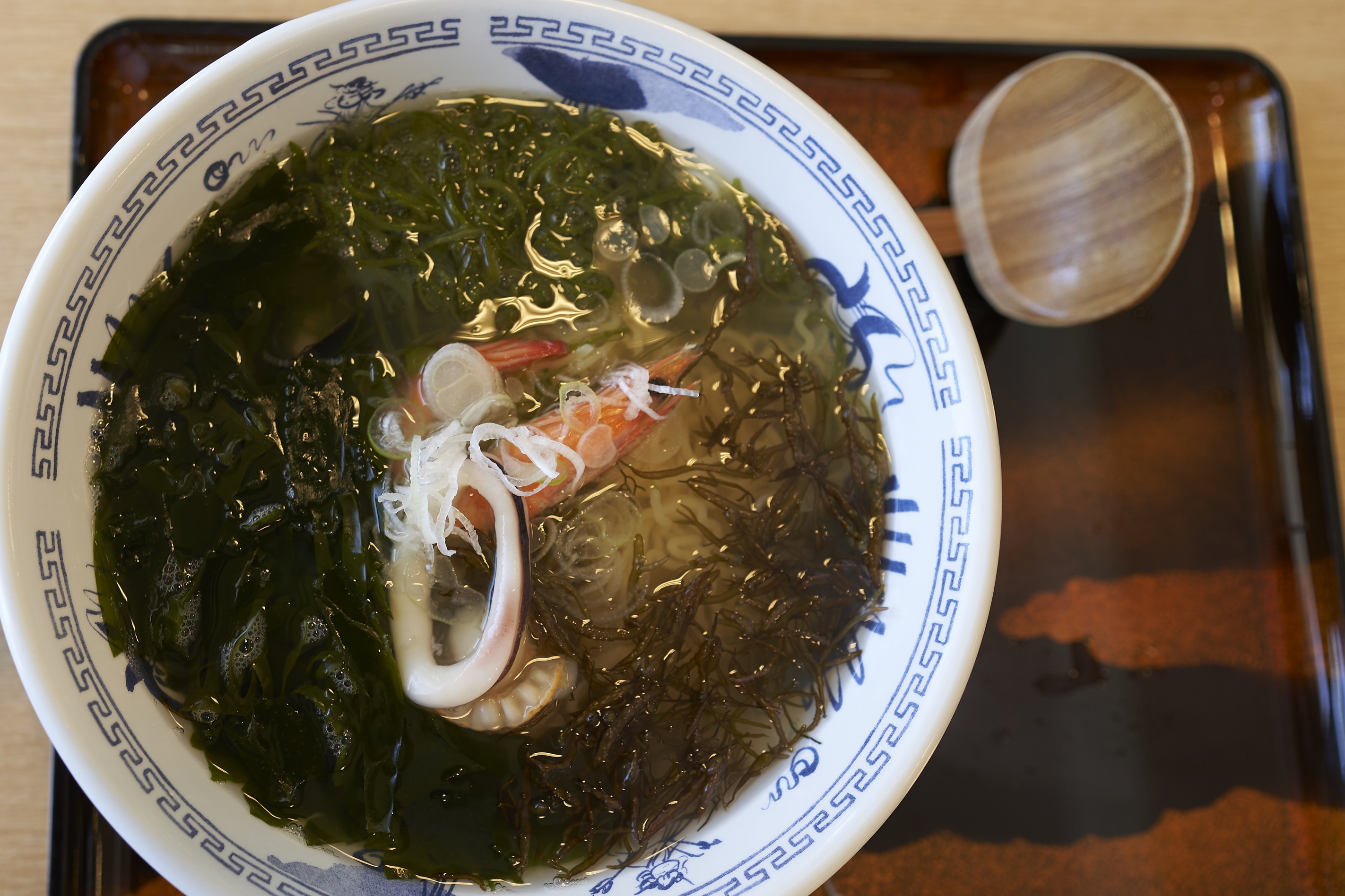 As a city living by the sea, Miyako’s biggest tourist draw apart from Jodogahama is probably the seafood. You will find seafood and sea vegetables such as seaweed being featured extensively in the local cuisine, from ramen to rice bowl to grilled seafood, be sure to sample some of these while you are here!

If you have the time, you may visit Miyako Fish Market (宮古市魚菜市場, Miyako-shi Gyosai Ichiba) which is a 10 minute walk from Miyako Station. The locals come here to buy fish, seafood, meat, fruits and vegetables, as well as get their morning or midday meals settled at the on-site eateries. It can be an interesting place to have a glimpse of everyday life in Miyako and even do some shopping and explore the local flavour. 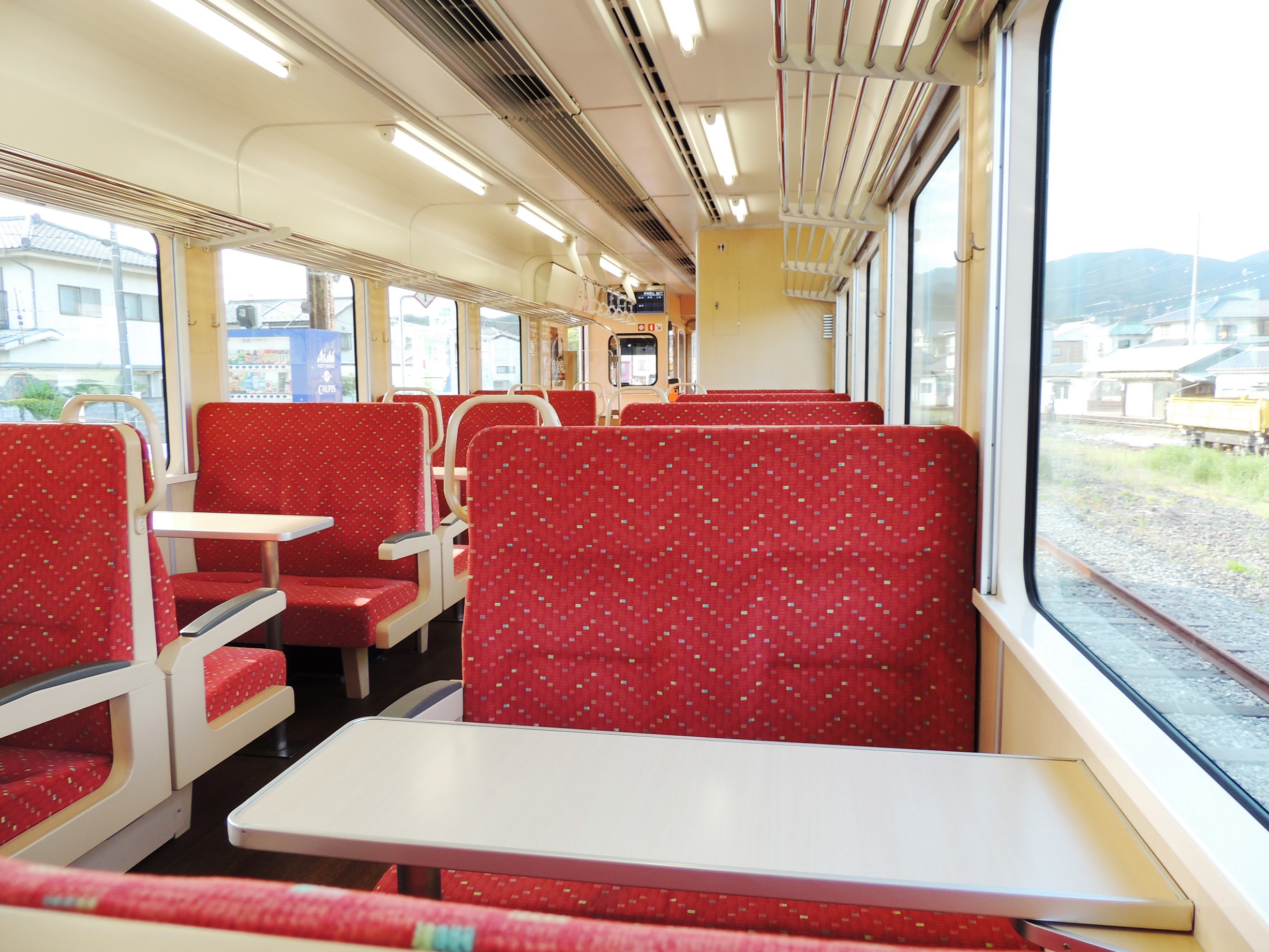 Since you are in Miyako, why not venture further and discover more of the beauty of Sanriku Coast? A great way to do so is by taking the Sanriku Railway 三陸鉄道 which runs between Miyako and Kuji, passing through picturesque coastline and offering spectacular views along the way.

You can travel all the way to Kuji 久慈, which takes about one and a half hours and costs ¥1,850 one way. Kuji is famous for being the shooting location for popular NHK drama Amachan which depicts the culture of ama 海女 or female divers who collect mainly sea urchins and abalone by freediving in the area. 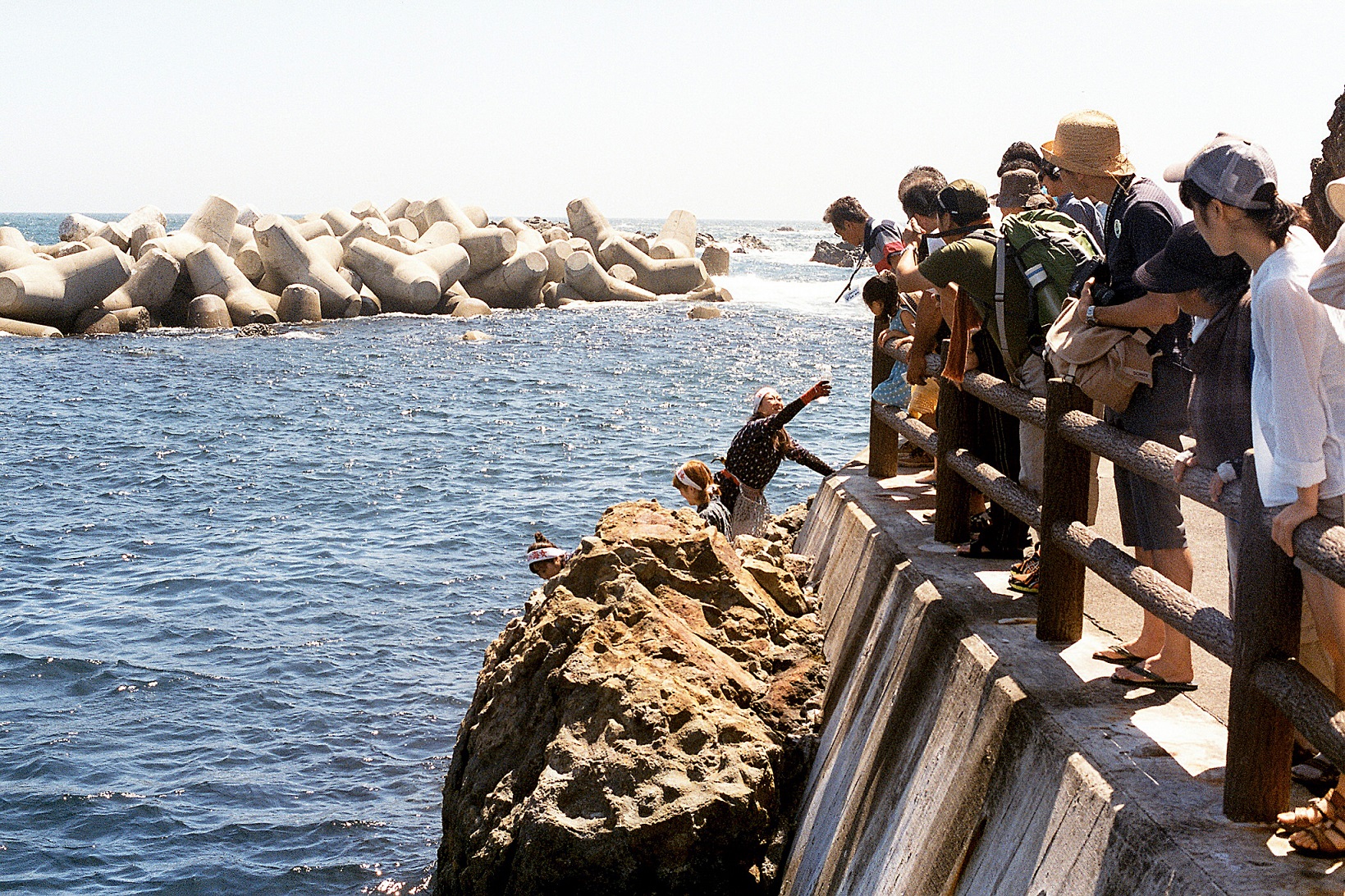 Summer is perhaps the best season to see these amazing divers in action, as demonstrations are held on weekends and public holidays between July and September at Kosode Ama Centre (¥500). And you get to taste freshly caught sea urchins too! You can also learn about ama at the centre, which has displays about the history of ama, the tools they use, and so on.

Besides, the Kosode Coast 小袖海岸 which the ama centre is located on is known for its dramatic rock formations and beautiful sea views, be sure to take some time walking around, visiting a few notable sights such as the Tsurigane Cave and Meoto Iwa, as well as savouring local specialties like uni-don and mamebu-jiru while you are in the area.

More than a trip 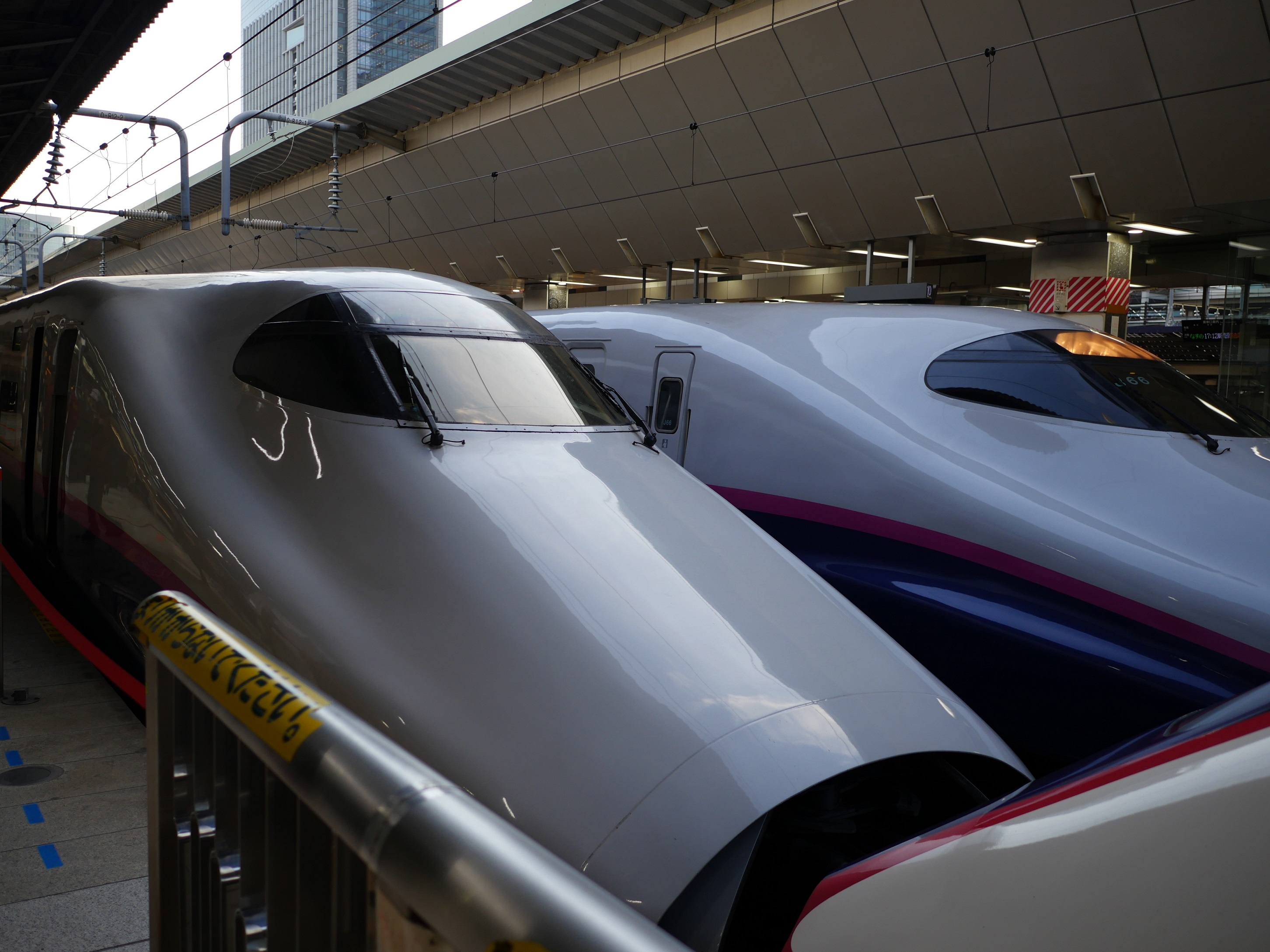 I hope this article gives you a little idea about what Sanriku Coast has to offer as a tourist destination. As an area suffered heavy damage from the tsunami caused by the 2011 Tohoku earthquake, it has been recovering steadily since, and tourism is no doubt one of the best ways to help the local communities and revitalize the area sustainably. If you feel like travelling off the beaten path in Japan, Sanriku Coast might just be the place to go!