A Hassle-free Muslim-friendly 5D4N Tokyo Itinerary No ratings yet. 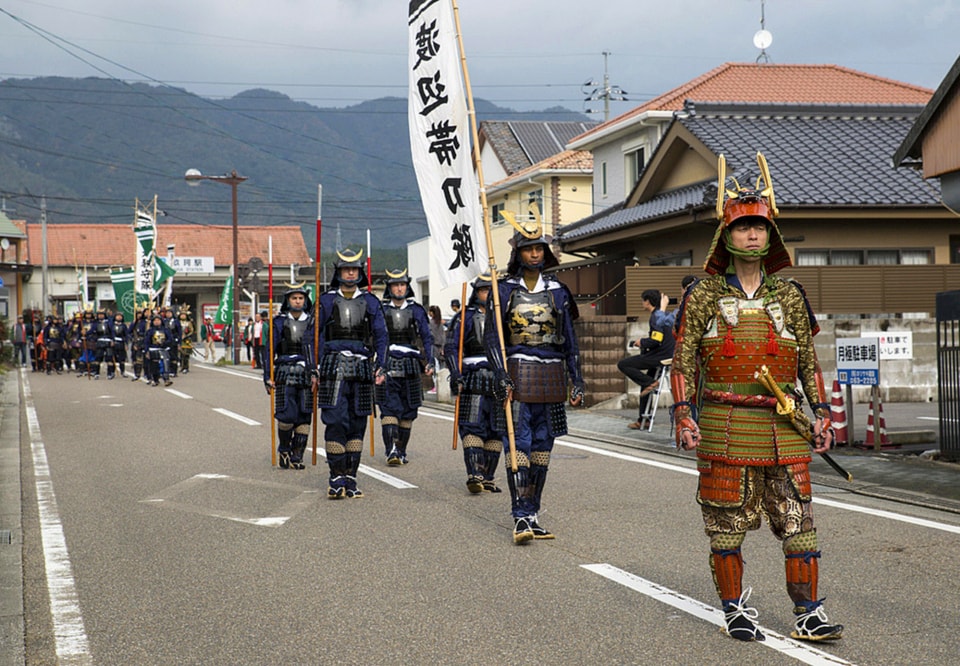 Located in the southwest of Hiroshima, Iwakuni is probably one of the quieter places to explore in Japan. With lesser commercials in the area, Iwakuni caters to a lot of local Japanese tourism and the number of foreign tourists visiting here is on the rise.

The most distinctive landmark here would be the Kintai Bridge – a very popular tourist attraction. The bridge was built in 1673 and is made entirely out of brick and wood. This historical monument is highly popular during the cherry blossom season as it also serves as a perfect backdrop for a picture.

While Iwakuni is known as a more scenic destination, the parks, castles, mountains, shrines, temples and other beautiful places are worth exploring here. This article highlights some of the popular destinations for anyone planning to see a more natural and greener side of Japan. 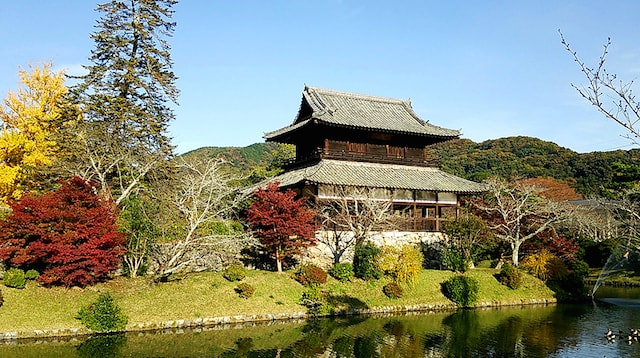 This famous park is located at the Kintai Bridge area, and it boasts of beautifully landscaped gardens filled with flowers, especially during spring (cherry blossom season, late March – early April) and summer. The park land was also once owned by the Kikkawa family, who was a ruling family during the Shogunate period. 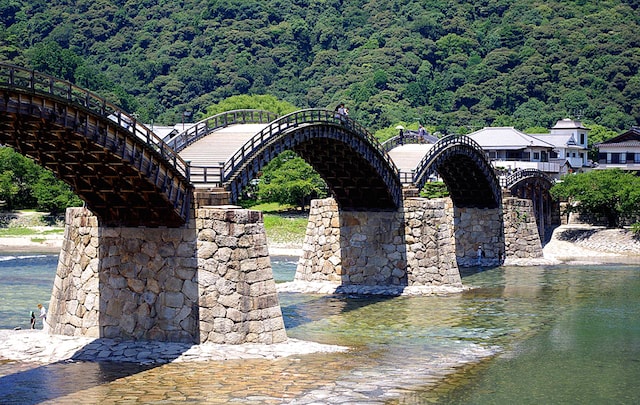 With a length of 210 meters and consisting of five beautiful arches, this unique bridge was originally build from wood and bricks without any nails. After surviving over 300 years of usage, it was reconstructed once again in 1953 to the structure we see today.

The Kintai Bridge charges a fee of ¥300 for adults and half price for children. When the office is closed at 5 PM, there is a unique honour system where you should leave the ticket money in a special box before crossing the bridge. 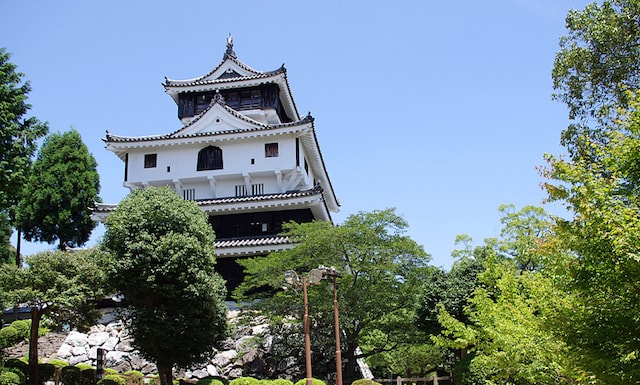 Iwakuni Castle dates back to the year 1608. Built by Kikkawa Hiroie, it was constructed to be the residence of the builder, but in year 1615, the Tokugawa Shogunate ordered the castle to be dismantled due to the law allowing only one castle for each province. In the 1960’s, the castle was reconstructed once again to reflect the original structure and it is now one of the important castles of Japan.

To get to the castle, visitors can take the Shiro-yama cable car up the hill and then walk to the castle. There is a small museum inside the castle and the entrance fee is ¥260 per person. A special combination ticket is sold at the Kintai Bridge for those planning to visit the Iwakuni Castle and its surrounding. 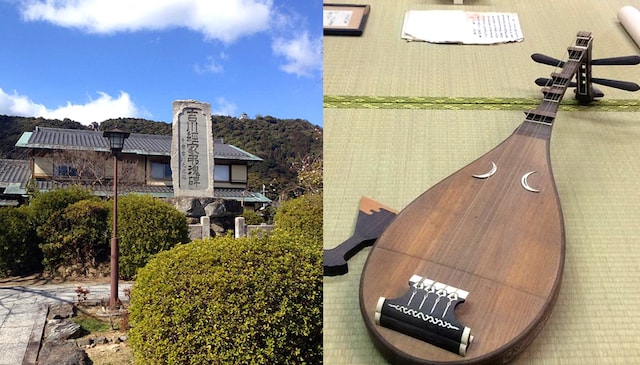 The Kikkawa Museum and one of the exhibits.
Image credit: Plexlau & JuliesJapan on Facebook

Carving to explore the traditional side of Iwakuni? Do visit the Kikkawa museum as it is an almost complete library of historical memorabilia, culture and even the weapons that were used by the Shoguns.

The museum is only open from Thursdays to Tuesdays but closed on Wednesdays. The entrance fee is ¥500 per person and half the price for children. 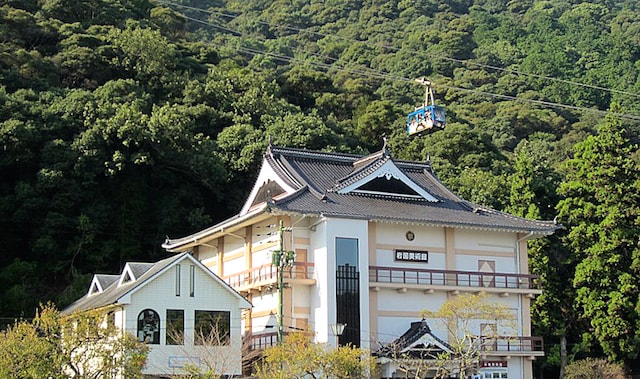 Discover traditional art dating back to the Samurai era with a wide collection display of artifacts, weapons and other related exhibits at the Iwakuni Art Museum. As it is an art museum, this place focuses more on the historical arts during the Shogunate era and is well worth a visit if you are interested to learn about this part of Japan. 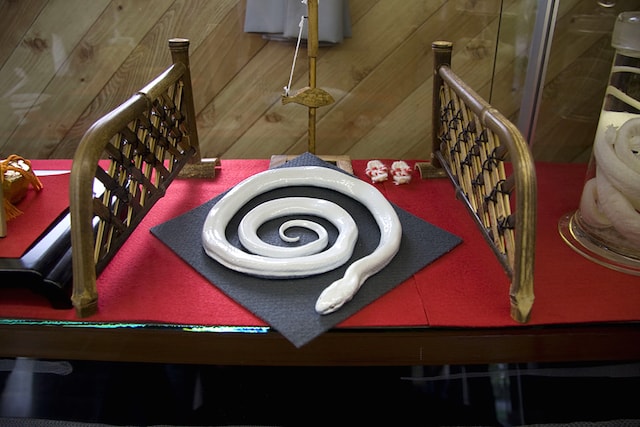 One of the displays at the White Snake Museum.
Image credit: Chris Gladis Flickr / CC BY-ND 2.0

This is a unique museum which showcases live Japanese white snakes which are actually albino rat snakes. Also known as the Shirohebi Shiryokan Shrine, many locals come here to be blessed with good luck. It is said that the white snake is regarded as a beneficial and good fortune summoning guardian deity for the home. 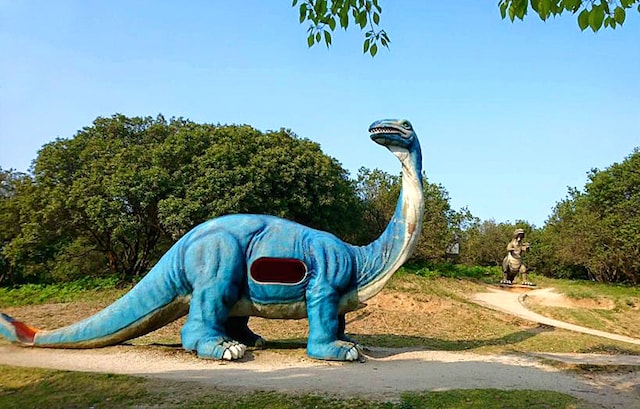 Looking for something fun in Iwakuni? One of the unique amusement or theme parks found here is the Hachigamine Park, which is suitable for family with kids, couples, and even with friends.

The park boasts of a one-of-a-kind roller slide that takes you 255 meters down a hill here. It is highly popular among the kids, with a price of ¥300 for three rides. 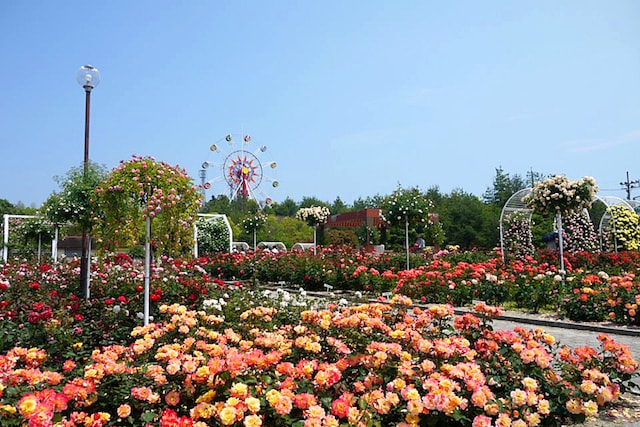 Hachigamine during the summer.
Image credit: Rika Tsutsumi on Facebook

At Hachigamine Park, there is also a Dinosaur Forest, with live-sized dinosaurs for kids to play and for adults to take photos. There is also an adventure forest for kids, with 26 different athletic points. Some attractions here are based on the season, so do check out the latest attractions before you visit this place. 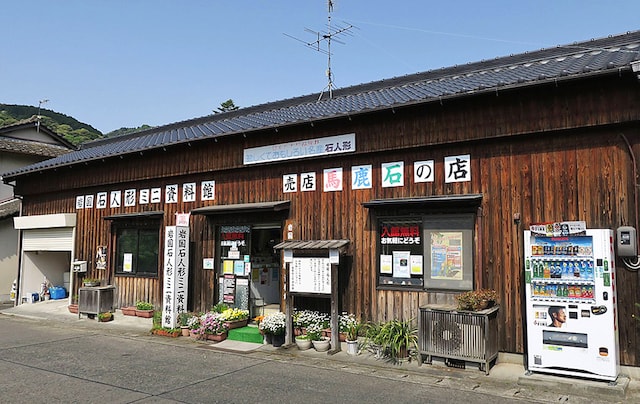 There are a total of four museums in the main Iwakuni area, therefore if you are a museum fan, you can easily spend two full days exploring museums here.

The best time to visit is the month of April, when there is the Kintai-kyo Bridge Festival. This is when Iwakuni comes alive with a carnival-like atmosphere, filled with taiko drum beating, various types of Japanese food stalls and even a local Iwakuni Flea Market selling varieties of items. April is also the sakura or cherry blossom season hence you will be one of the first few to welcome in the spring season when you visit in early April. 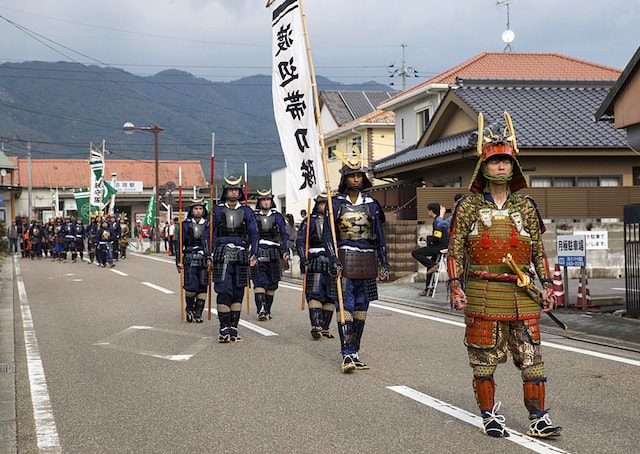 Apart from the events mentioned above, there is also a special parade where locals dress up in traditional Samurai and Shogun costumes and parade along the main street here.

If you plan to visit in the months of June till August, be prepared to experience the Japanese summer. Temperature gets up to around 30 to 32 degree celsius and can be a little hot and humid, especially if you are traveling with children. 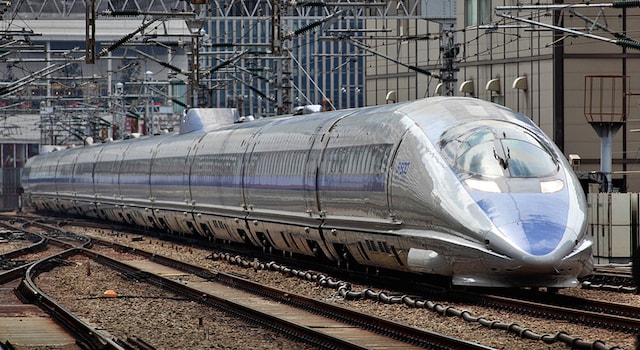 How to get to Iwakuni

The best way to get here is via train from Hiroshima City as it only takes two hours.

If you plan to travel from Osaka, you need to take the Tokaido Shinkansen bullet train. The one-way journey from Osaka takes 4 hours, but if you are traveling on a budget, they have normal trains which take around 11 hours from Osaka. A direct flight from Osaka will take you 45 minutes.

From Tokyo, it will take you 6 hours with the bullet train or 14.5 hours with normal trains. A flight from Tokyo will take 1 hour 40 minutes, and is probably the fastest and easiest way to travel to Iwakuni.