Halal & Muslim-Friendly Restaurants in Gifu Prefecture No ratings yet.

Visit a Fun Spain-themed Amusement Park in Mie Prefecture No ratings yet. 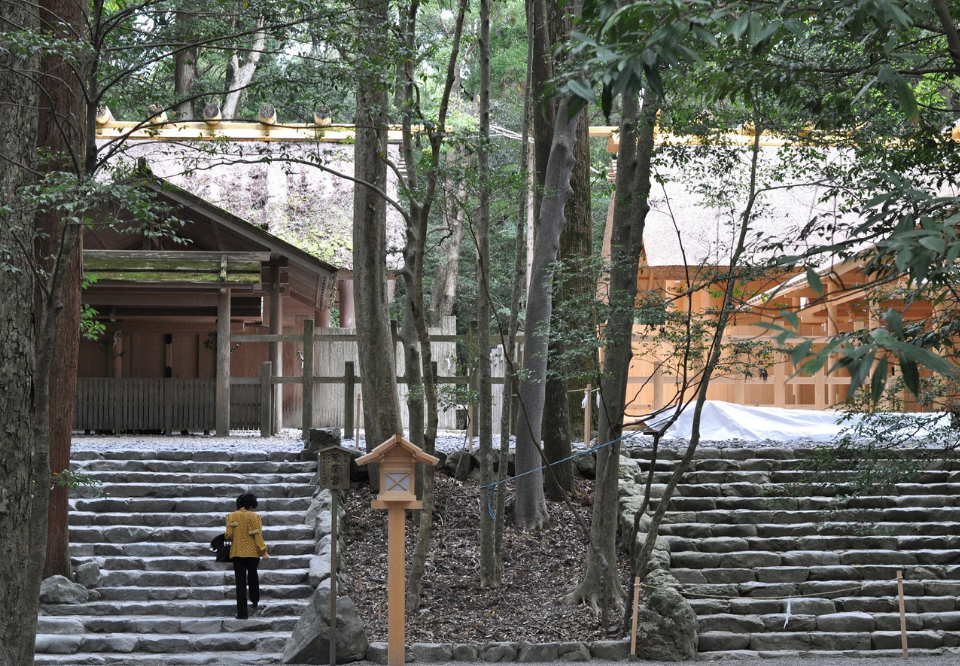 The Ise Grand Shrine or Ise Jingu is a very fascinating place. For the Japanese, it is a holy place that many want to visit at least once in a lifetime. The important structures of the shrine are rebuilt every 20 years, and it’s amazing when you think that the shrine is always new, yet always ancient due to the ritual rebuilding.

It is the most visited attraction in Mie Prefecture, drawing in millions of visitors and pilgrims each year. Yet, according to a 19th century British Japanologist Basil Hall Chamberlain, the shrine has “nothing to see, and they won’t let you see it”.

Wonder what exactly does that mean? Read on as we delve into some interesting facts and information about visiting this beautiful shrine in Japan. 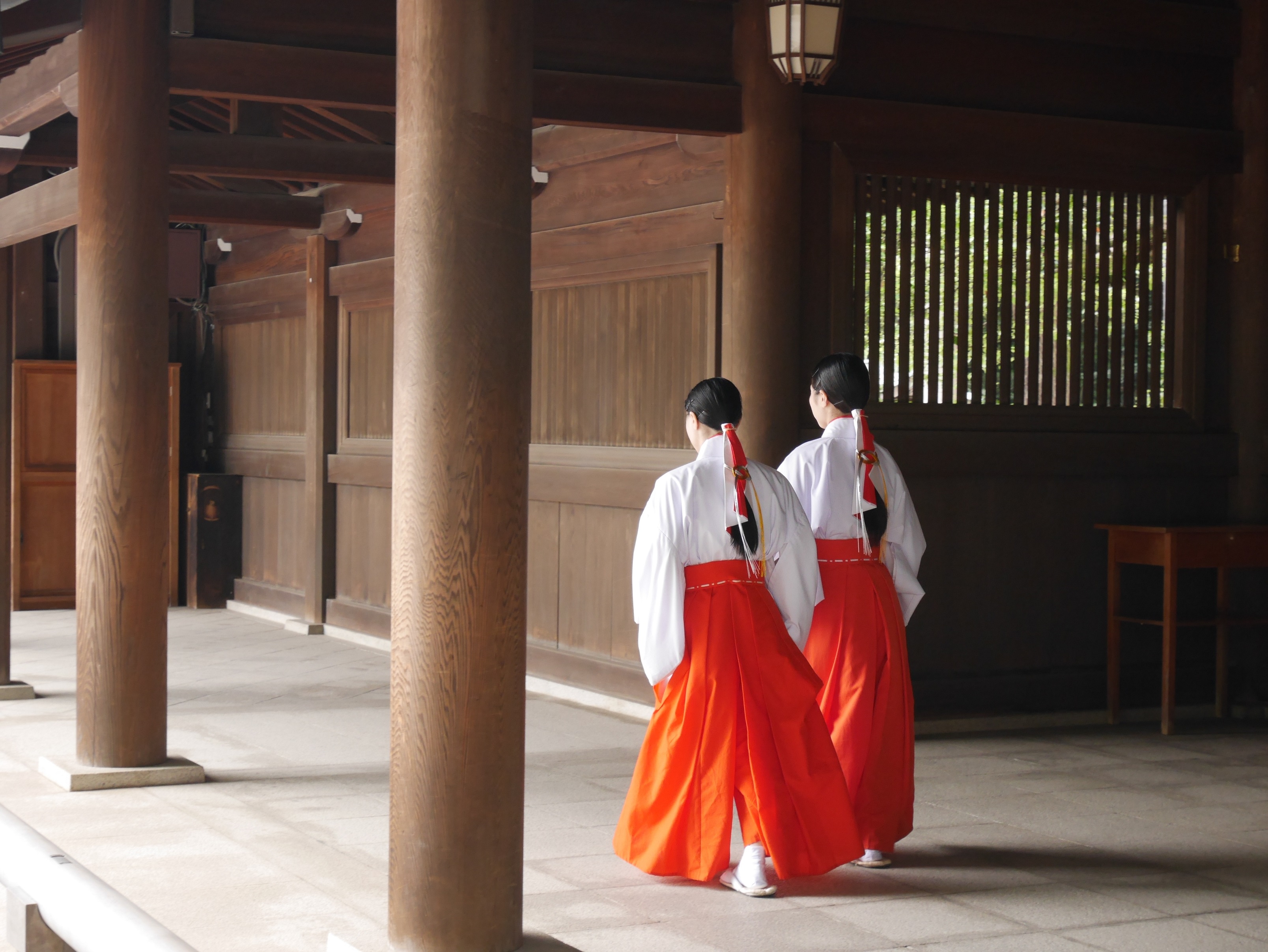 Officially known simply as Jingu, Ise Jingu is a Shinto shrine dedicated to the sun goddess Amaterasu Omikami. Located in the city of Ise, Mie Prefecture in the Kansai region of Japan, the shrine is actually a massive complex consisting of 125 buildings including the two most important shrines, the Inner Shrine (Naiku, 内宮) and the Outer Shrine (Geku, 外宮).

Accordingly to Nihon Shoki, it was first founded in 4 BCE following the establishment of the Inner Shrine by the daughter of Emperor Suinin, Yamatohime-no-Mikoto, after receiving a revelation from Amaterasu.

Amaterasu in a 19th-century ukiyo-e painting by Kunisada

Dedicating to Amaterasu the most important deity in the Shinto religion, Ise Jingu is considered the holiest shrine in Japan. Amaterasu is the ancestral deity of the Imperial family, and also the tutelary god of Japanese people. As such, the shrine is held in high esteem by the Japanese, who still see visiting the shrine as having a special meaning.

Being the ancestral shrine of the Imperial family, Jingu’s connection to the royal family also extends to the fact that the chief priest or priestess who is heading the shrine must come from the Imperial House of Japan. 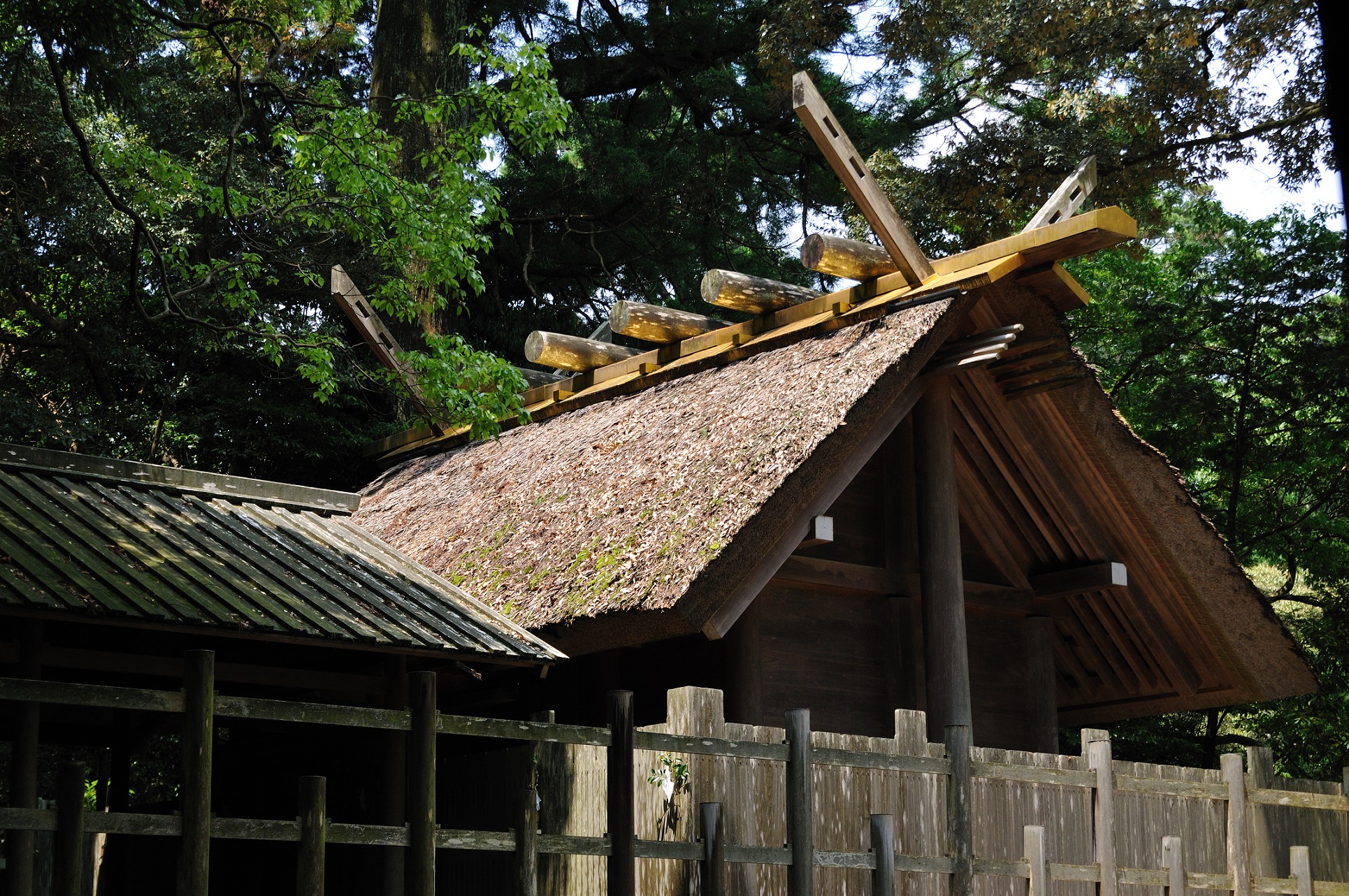 The shrine buildings at Ise Jingu are constructed in an ancient Japanese architectural style called Yuiitsu-Shinmei-zukuri 唯一神明造. The buildings are made of Japanese cypress, while the thatched roofs are made of Japanese silver grass. Simple yet impressive, the most telling feature of the buildings can be seen from the gabled roof with decorative logs along the ridge and forked finials at both ends. This architectural style predates the introduction of Buddhist architecture in Japan, and cannot be found in other Shinto shrines in the country except Ise Jingu. 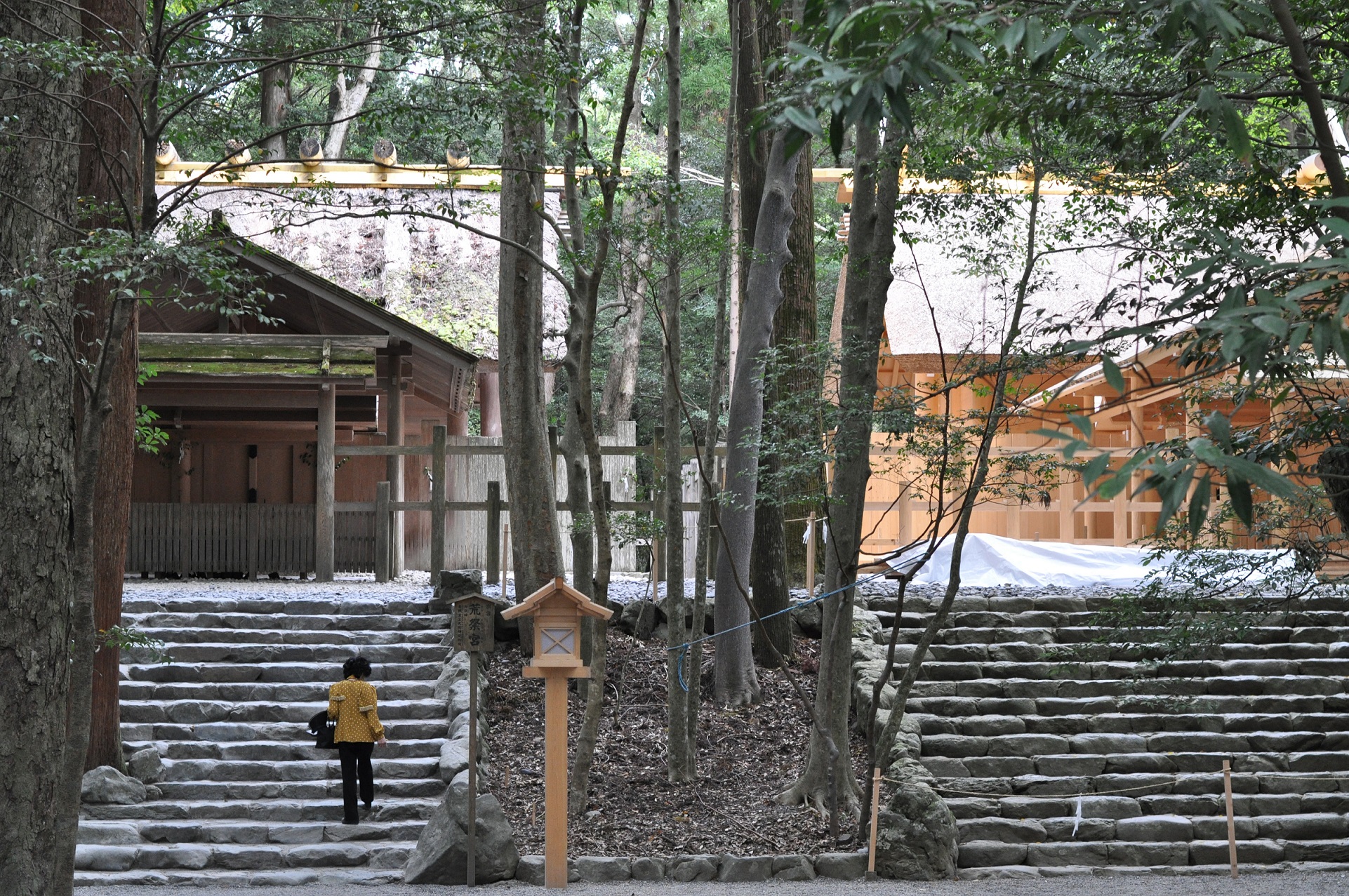 Old (left) and new (right) buildings before the Sengu ceremony

Ise Jingu is famous for its ritual rebuilding which takes place every 20 years known as Shikinen Sengu 式年遷宮. During the process, the shrines in Naiku and Geku are rebuilt (on an adjacent site to exacting specifications), and the deities are moved from the existing structures to the new buildings. The latest Shikinen Sengu was conducted in 2013, and the next rebuilding is scheduled to take place in 2033. 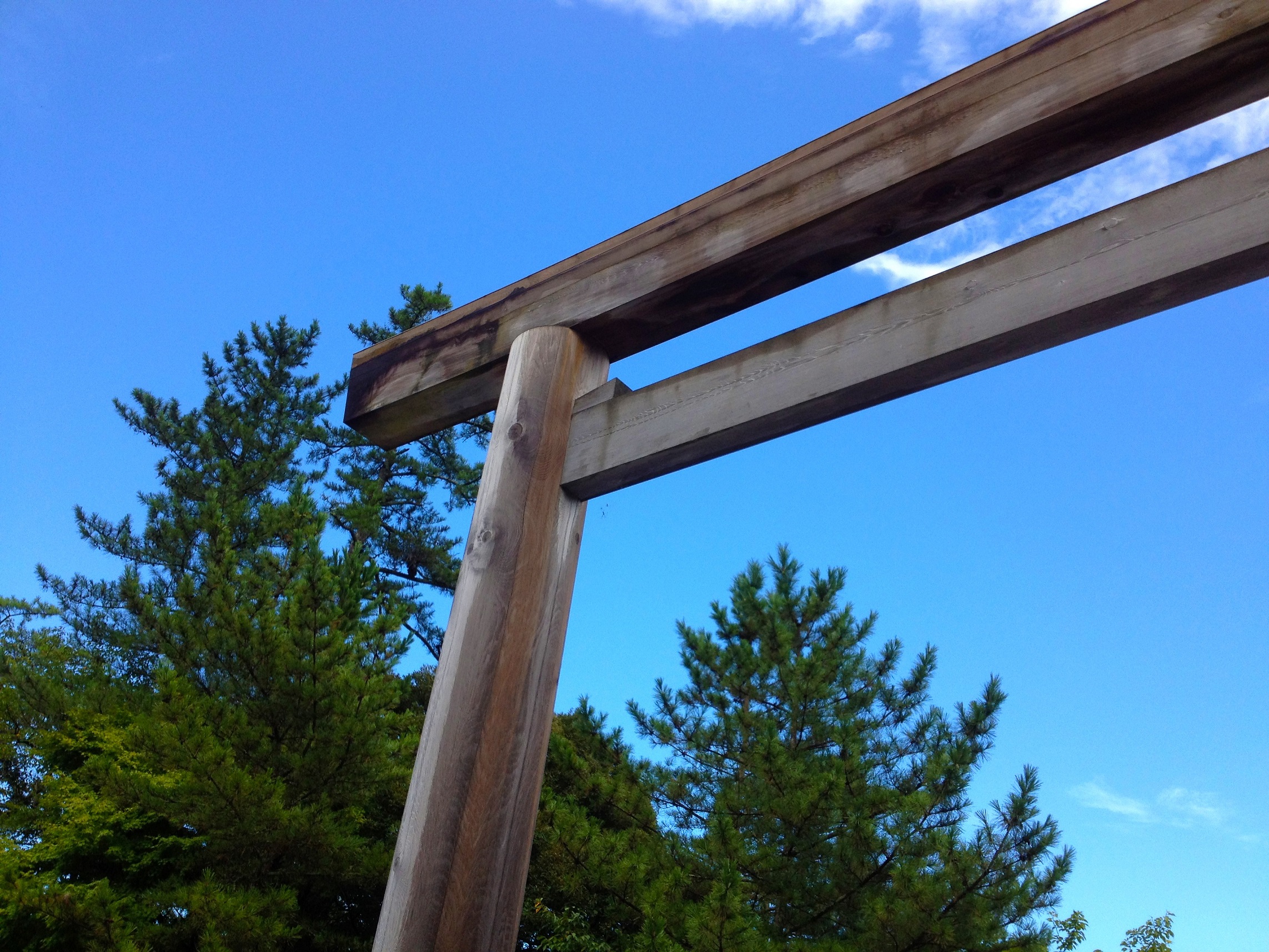 The reconstruction is carried out using traditional tools and no nails, with the same techniques and materials as it was done since 690. The old buildings will be dismantled afterwards, and the wood will be recycled to reconstruct other buildings in the shrine, and also sent to other shrines around the country to be used for rebuilding their own structures. 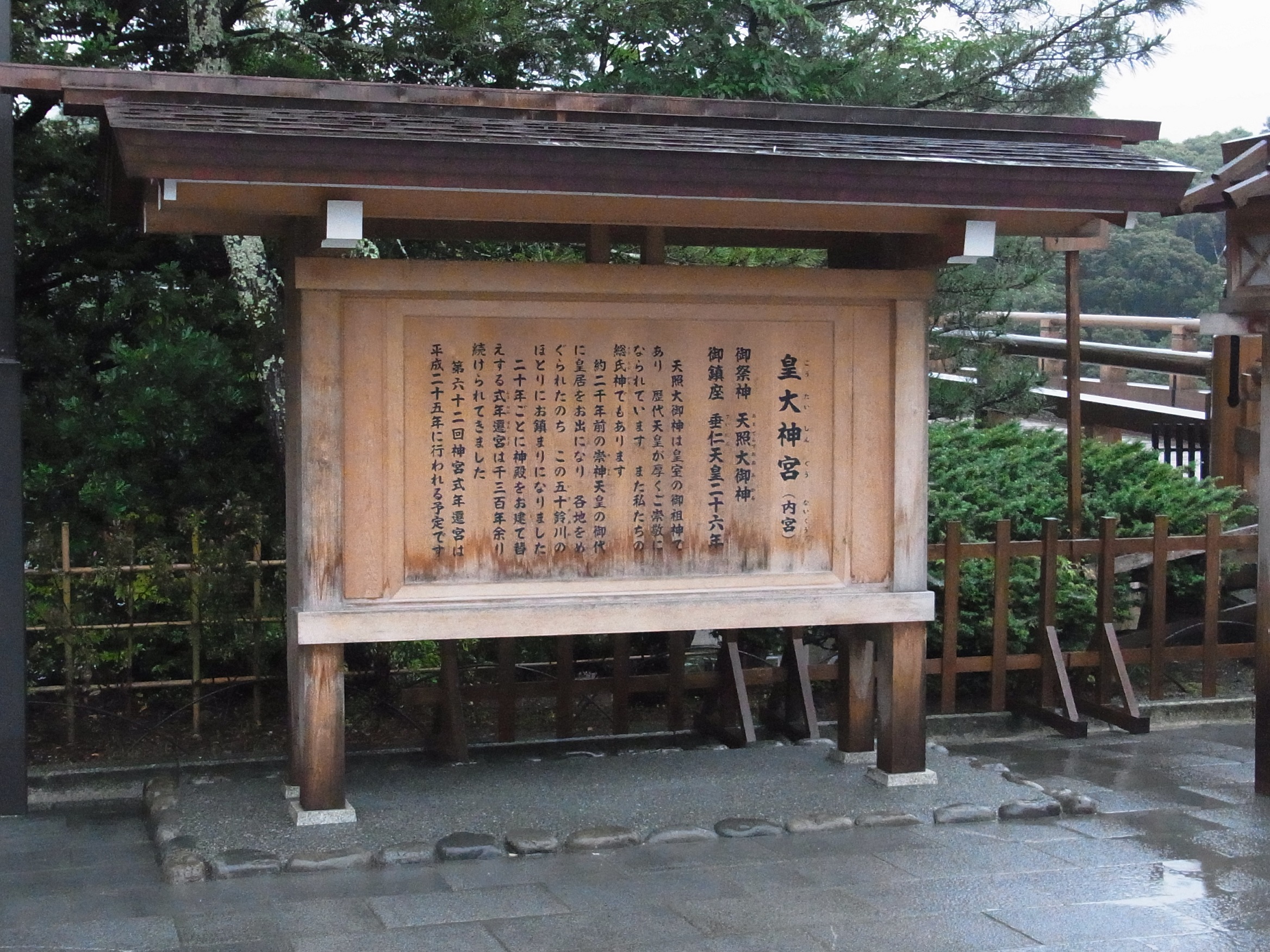 Ise Jingu is basically divided into two areas, Naiku and Geku, within each there is the main shrine (Goshogu or Shogu 正宮) and also a number of auxiliary shrines 別宮. Traditionally, the Geku is visited first, followed by the Naiku.

Unlike other shrines and temples in Japan, the grounds of Ise Jingu are rather unconventional due to their extreme simplicity – gravel paths, barely-painted natural wooden structures, surrounded by dense serene forest. 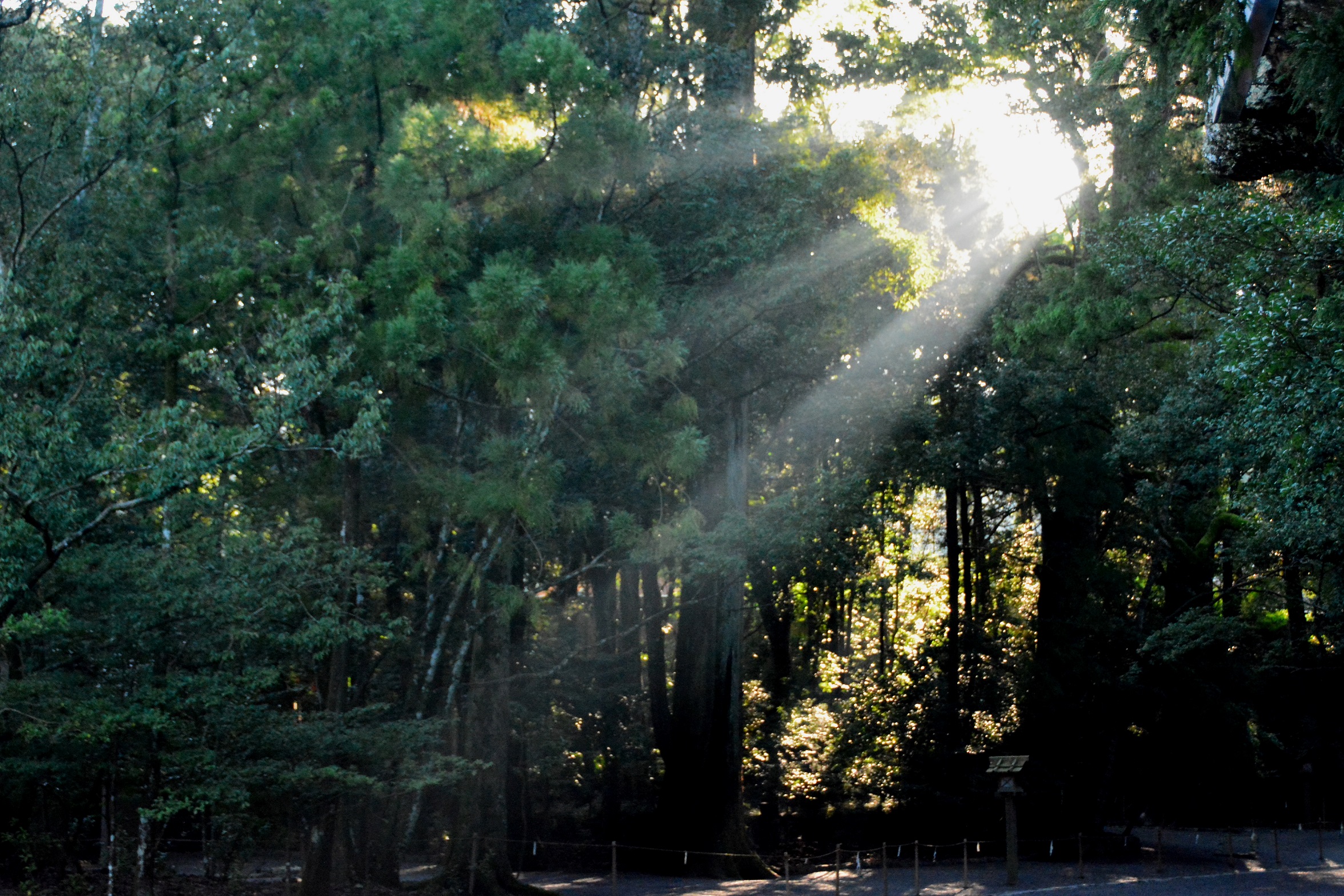 While it might seem plain at first glance, this is where its beauty lies. The scent of Japanese cypress wood wafting through the air, and the atmosphere is sacred and calming. If you are planning a visit to Ise Jingu, it is recommended that you allocate enough time to get around seeing the shrines and their surroundings. Below are some major points of interest at Ise Jingu: 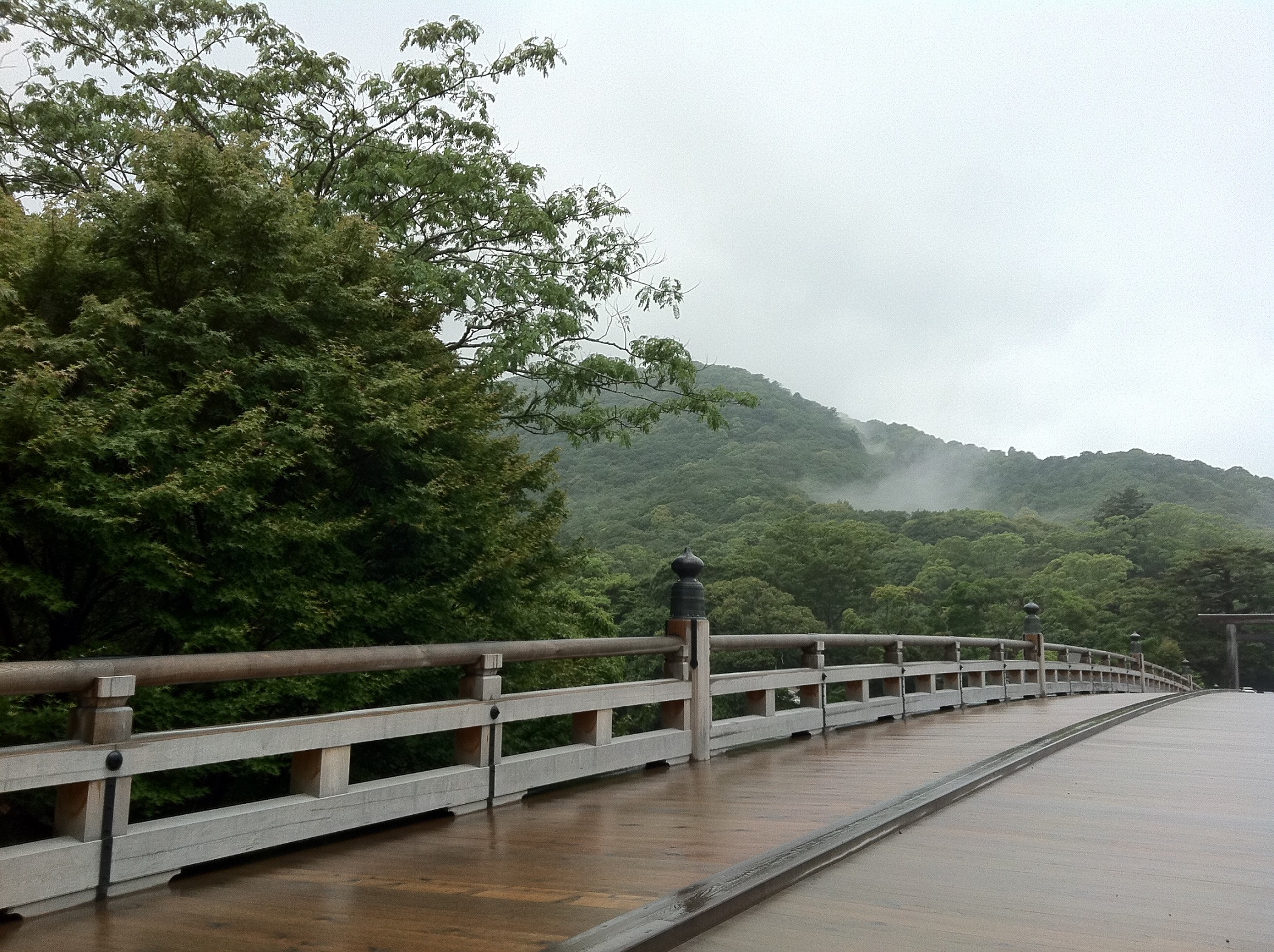 Located at the entrance of Naiku, this wooden bridge spans across the Isuzu River that runs through the Inner Shrine area. With two torii gates standing on either end, it is a symbolic link between the mundane world and the sacred realm of god. Built in traditional Japanese style, the 100-metre bridge is reconstructed every 20 years as part of the Shikinen Sengu ceremony. 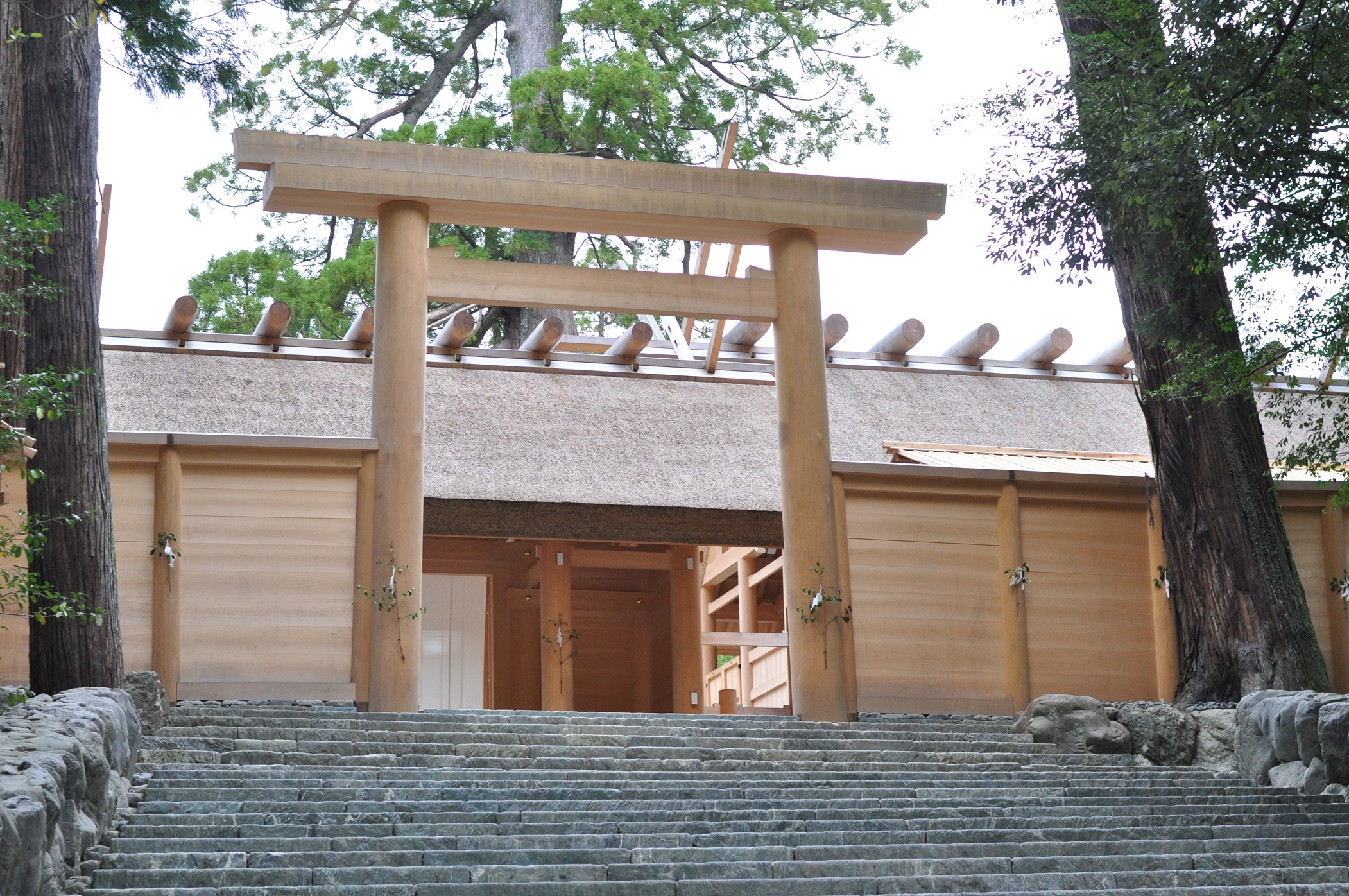 The Naiku is formally known as Kotaijingu 皇大神宮. The sanctuary here is where Amaterasu Omikami is enshrined. It is also said to be the place where Yata no Kagami (Sacred Mirror), one of Japan’s Three Imperial Regalia also the symbol of Amaterasu is kept.

The Geku is formally known as Toyouke Daijingu 豊受大神宮. Its sanctuary enshrines Toyouke Omikami, the goddess of food, clothing, and shelter, who serves as the provider of foods and companionship to Amaterasu. The shrine was set up 500 years after the Naiku was founded.

The sanctuaries of both Naiku and Geku are surrounded by multiple sets of the fence. Visitors are allowed to go beyond the outermost fence to offer their prayers, but note that photography in this area is strictly prohibited. 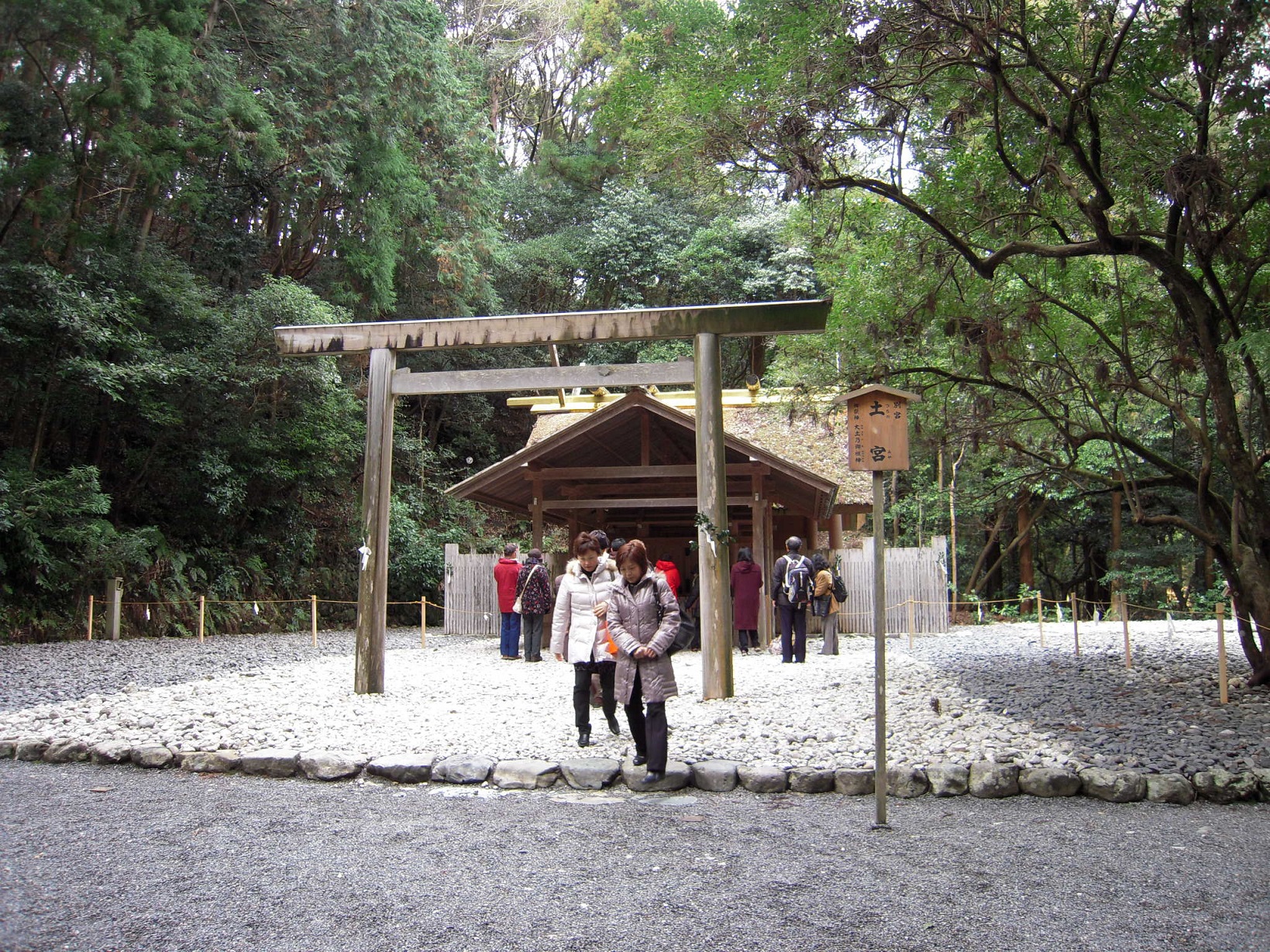 After visiting the main shrines, it’s time to go to the smaller shrines nearby. Among the important buildings in Naiku include Aramatsuri-no-Miya which enshrines the spirit of the sun goddess and Kazahinomi-no-Miya which is dedicated to the gods of wind and rain. 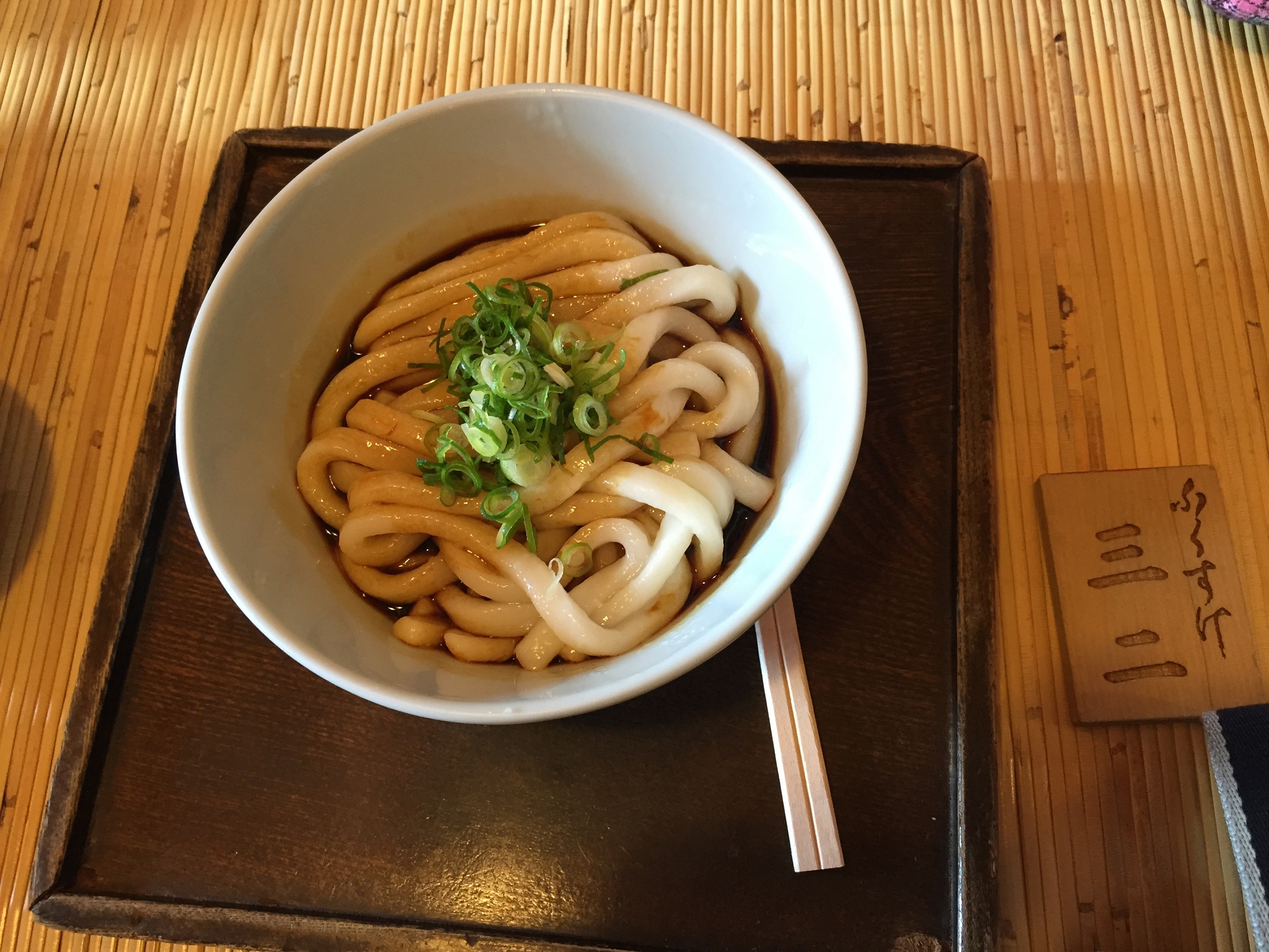 Located just right next to Naiku’s torii gate, Oharai-machi おはらい町 is the best way to conclude your visit to Ise Jingu. The 800-metre shopping street is lined with many shops and eateries, selling various local delicacies and souvenirs like seafood, tea and soy sauce. Halfway down the street is Okage-yokocho おかげ横丁 which is designed to resemble the townscape from the Edo and Meiji periods.

Be sure to sample famous Ise specialities such as Ise Udon which features extra thick udon noodles in dark sauce and Akafuku which is mochi rice cake covered with red bean paste. Taiko performances are also presented here, usually on weekends. 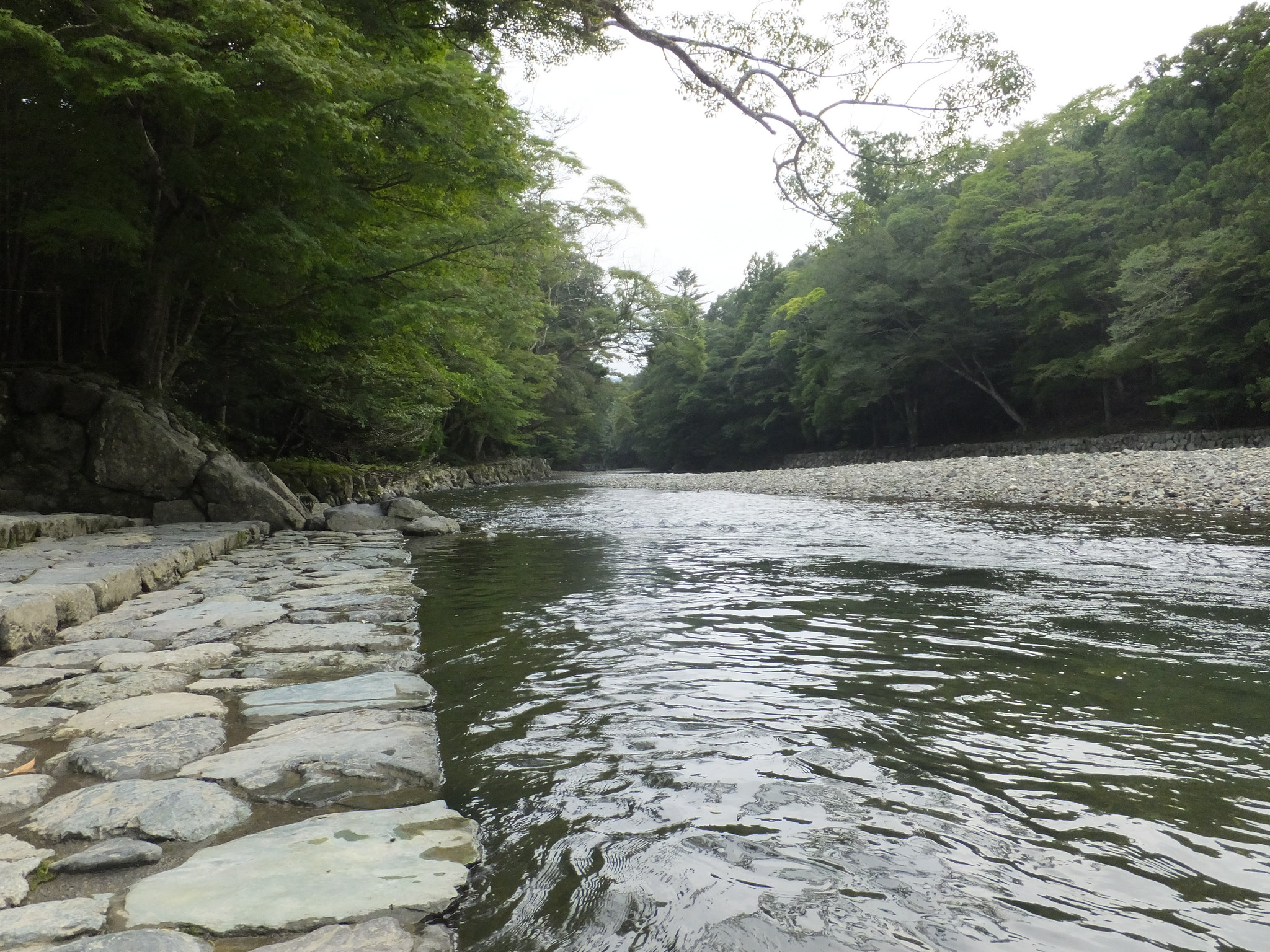 Access: The Geku and Naiku are 6 kilometres apart. The Geku is about 5 minutes on foot from JR/ Kintetsu Iseshi Station 伊勢市駅, while the Naiku is a 20-minute bus ride from the Geku via the Geku-Naiku Loop Line bus.