3 Ramen Places for you to try in Tokyo No ratings yet.

My Very First Pokemon Themed Train Ride No ratings yet. 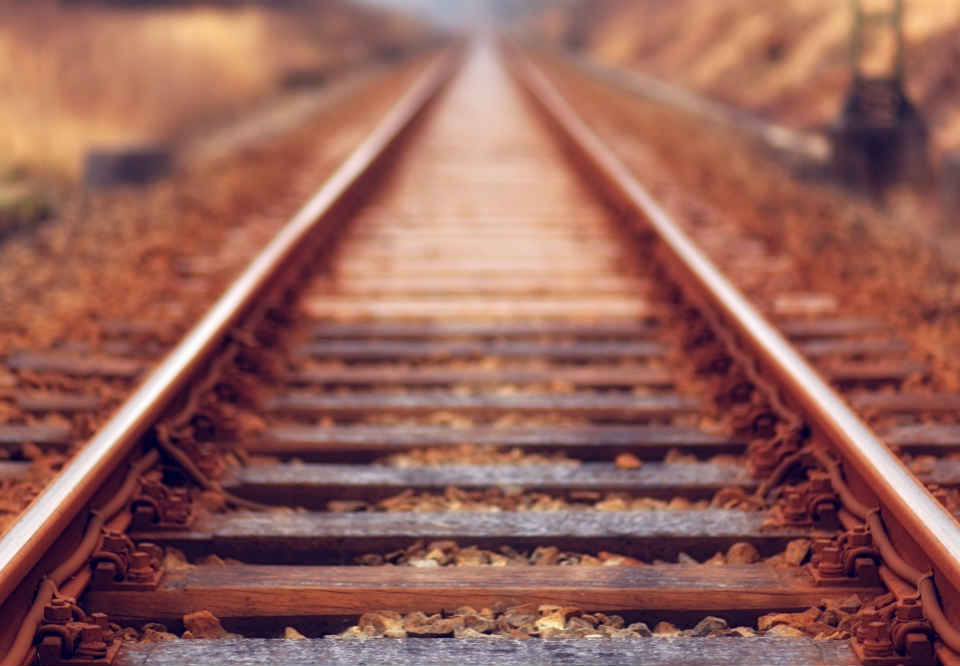 The JR Tadami Line 只見線 is a local train service connecting Aizu-Wakamatsu city in the Fukushima prefecture and Uonuma city in the Niigata prefecture. The railway line travels across the mountainous Oku-Aizu 奥会津 region in the western part of Fukushima, known for beautiful snow-covered landscapes and stunning foliage in the autumn. The small towns and cities along the line exude the unpretentious charm of rural Japan and are well worth a visit to understand the local culture as well as meeting the friendly locals.

How to Access the JR Tadami Line from Tokyo 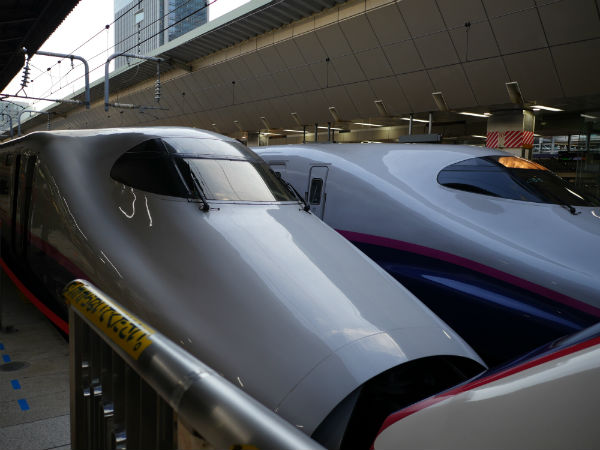 Take the JR Tohoku Shinkansen 東北新幹線 from Tokyo Station to Koriyama Station 郡山駅. At Koriyama, transfer to the JR Banetsu West Line 磐越西線 and travel to Aizu-Wakamatsu Station 会津若松駅 and start taking Tadami Line from there.

For the international visitors holding non-Japanese passports, the JR East Tohoku Area Pass can be a bargain. It is a flexible pass which allows unlimited travel on JR trains in the Kanto and Tohoku regions on any 5 days within a 14-day period. Currently, the pass costs ￥20,000 if purchased in Japan, or ￥19,000 if purchased outside Japan. 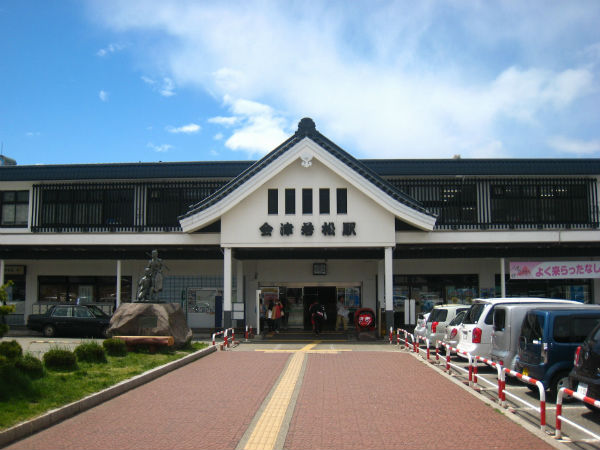 If you wish to take the Tadami Line from Tokyo, the pass covers the trips mentioned above as well as the journey between Aizu-Wakamatsu Station and Tadami Station. Also covered are the bus rides to get to the affected stations where the train service is out, as mentioned in Part 1 of the article.

With the pass, you can get on and off at any stations to visit the places of interest along the way. It is also convenient as you don’t have to purchase individual tickets at the stations (just present your pass to the staff). But do note that trains on the Tadami Line are infrequent so be sure to time and plan well.

Aizu-Wakamatsu is the main city in the Aizu region of Fukushima. During the Edo period, it was the castle town to the Aizu Domain. The top attractions in Aizu-Wakamatsu often reflect the city’s long samurai tradition and its important place in Japanese history. Aizu-Wakamatsu was the centre stage for one of the fiercest battles of the Boshin War, the decisive war fought between 1868 and 1869 that determined the end of the Tokugawa Shogunate and the restoration of imperial rule. 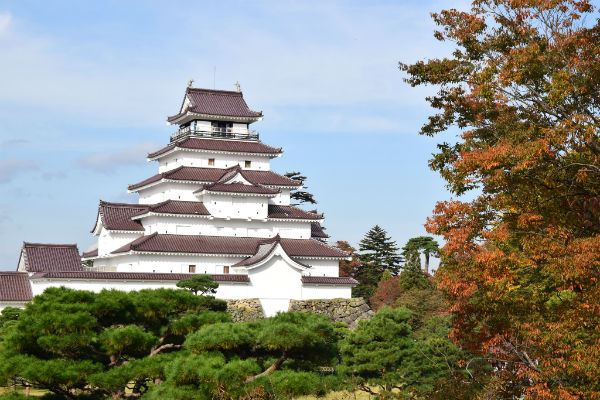 Also known as Wakamatsu Castle, Tsuruga castle is the most well-known castle in Fukushima. The castle on the present site, however, is a replica of the original castle dated as far back as 1384. The castle was besieged and damaged by artillery during the Boshin War and was eventually demolished after the war.

The reconstructed castle houses a museum where visitors can learn about the history and culture of Aizu. The top floor, on the other hand, commands panoramic views of the city and the surrounding area. The castle grounds, surrounded by moat and stone walls, are one of the best spots for cherry blossom viewing in the spring, with about 1,000 cherry blossom trees planted around the grounds. When you’re here for hanami, make sure you don’t just come for the day but also at night when the trees are beautifully illuminated. 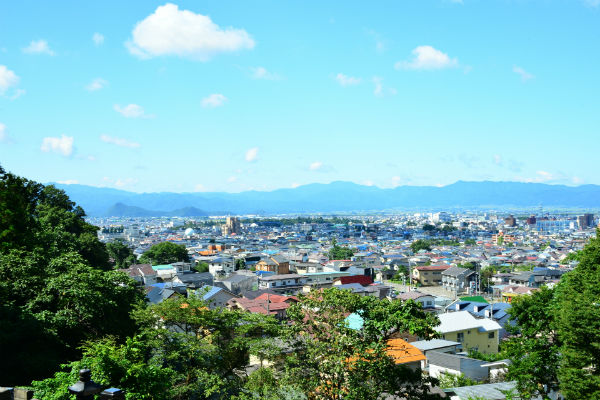 View from the mountaintop.

Overlooking the Tsuruga Castle, the 314-metre mountain is known for being the place where a group of the Byakkotai members – young, teenage samurai belonged to forces loyal to the shogunate – took their own lives in the midst of the Boshin War. The event occurred after the members saw smoke rising from the site of the Tsuruga Castle and thought that it had fallen, the boys then committed seppuku to end their lives. Adding to the tragedy was the heartbreaking truth, whereby the smoke they saw was just coming from outside the castle walls and the castle had not yet been taken.

Today, the mountain is a popular attraction for anyone visiting Aizu-Wakamatsu. Besides the 19 tombs of the young samurai, there are also monuments and museums dedicated to the incident. Visitors can choose to walk up the stairs or take the escalator (￥250) up to the top. 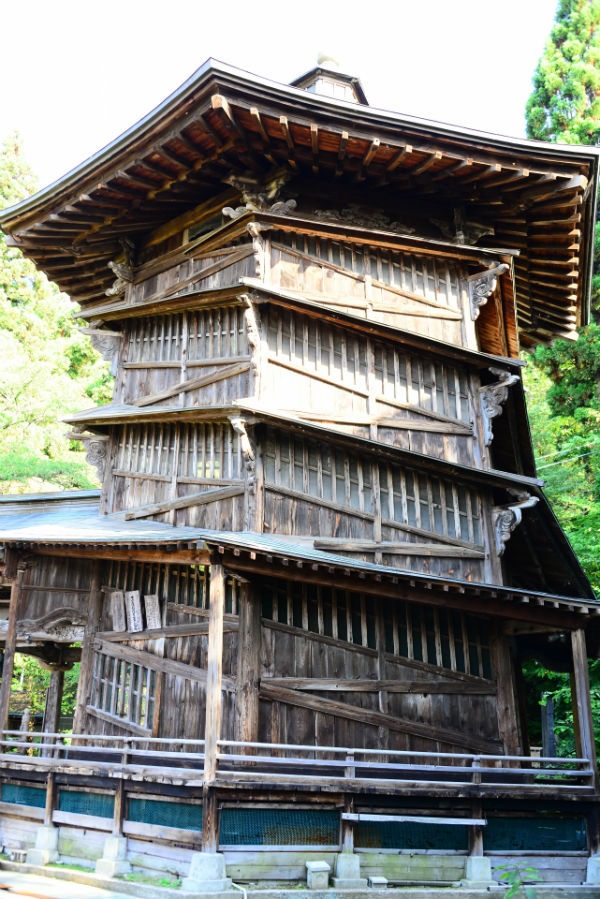 Also located on the Mt. Iimori, this hexagonal, three-storey old temple has not undergone any major reconstruction or renovation since it was first built in 1796. Designated as a National Important Cultural Property in 1995, Sazaedo is the only wooden building in the world with a double helix structure.

There are two wooden ramps inside, one spiralling up and another spiralling down, joining only at the top to form separate ascending and descending passages. The intent of this one-way route was to ensure worshippers would not meet anyone walking in the opposite direction so that they could pray peacefully. The term “sazae” which means “turban shell” is a reference to the temple’s interesting architecture. The stickers left by worshippers who had completed prayer at the temple in the past can be seen all over the building, forming another sight unique to Sazaedo.

Opening Hours: 8:15 AM – sunset (April to December) / 9 AM – 4 PM (January to March)
Admission: ￥400
Access: From Aizu-Wakamatsu Station, take the sightseeing loop bus “Haikara-san” or “Akabe” to Iimoriyama-shita 飯盛山下 bus stop, It is just 5 minutes’ walk from there. 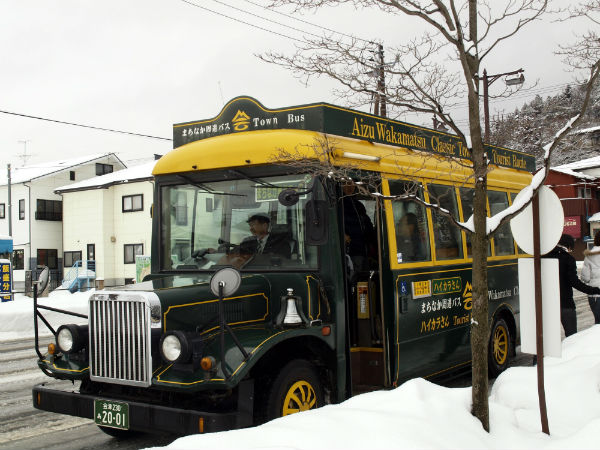 Aizu-Wakamatsu Station is the main transport hub in Aizu-Wakamatsu and the surrounding areas. Inside the station, there is a tourist information office where visitors can obtain useful resources for their trips.

It also serves as the terminal station for the city’s sightseeing loop buses: the green line “Haikara-san” ハイカラさん and the red line “Akabe” あかべぇ. They are travelling along the same route but in opposite direction (one clockwise, one counter-clockwise).

If you missed out on Part 1 of the article, you can read it here.