Hidden and Beautiful: Extraordinary Train Stations Worth Travelling For

What Else To Do Around Asakusa No ratings yet.

Visiting the Osaka Housing and Living Museum No ratings yet. 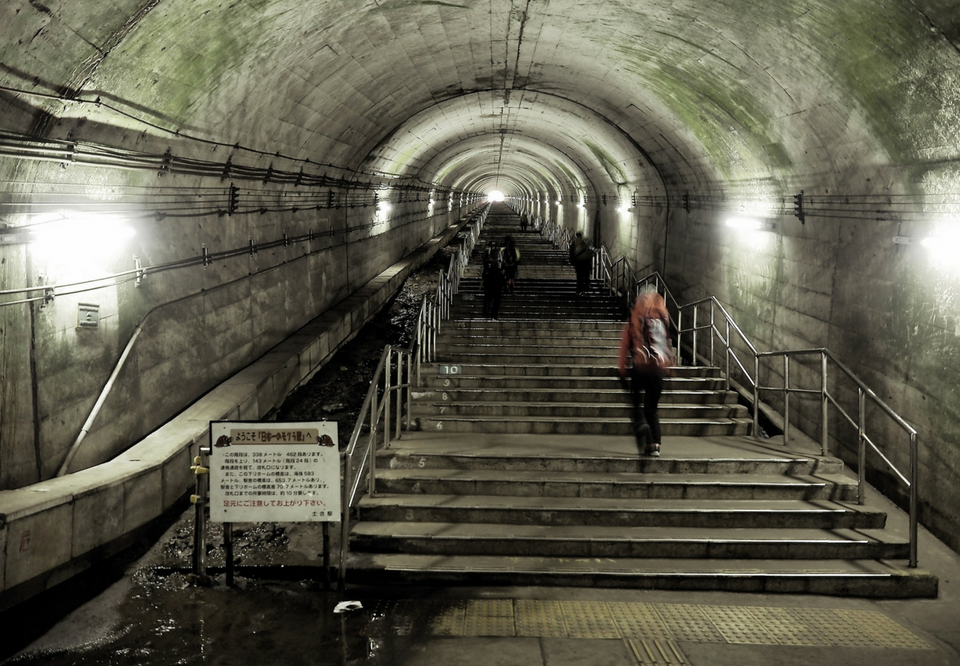 As a country where railways are a main mode of transportation, Japan has so many interesting train stations that sometimes they can be destinations on their own. These stations take on a variety of appearances, aside from the big and busy stations with plenty of shopping and dining opportunities like those in urban centres, small and simple stations located in the countryside can also be attractive sometimes because of their secludedness, stunning natural surroundings or unusual settings.

If you feel like discovering more about Japan by travelling off the beaten path, why not try visiting these unique train stations which the journey can be some experience on its own? Embark on a rail adventure! 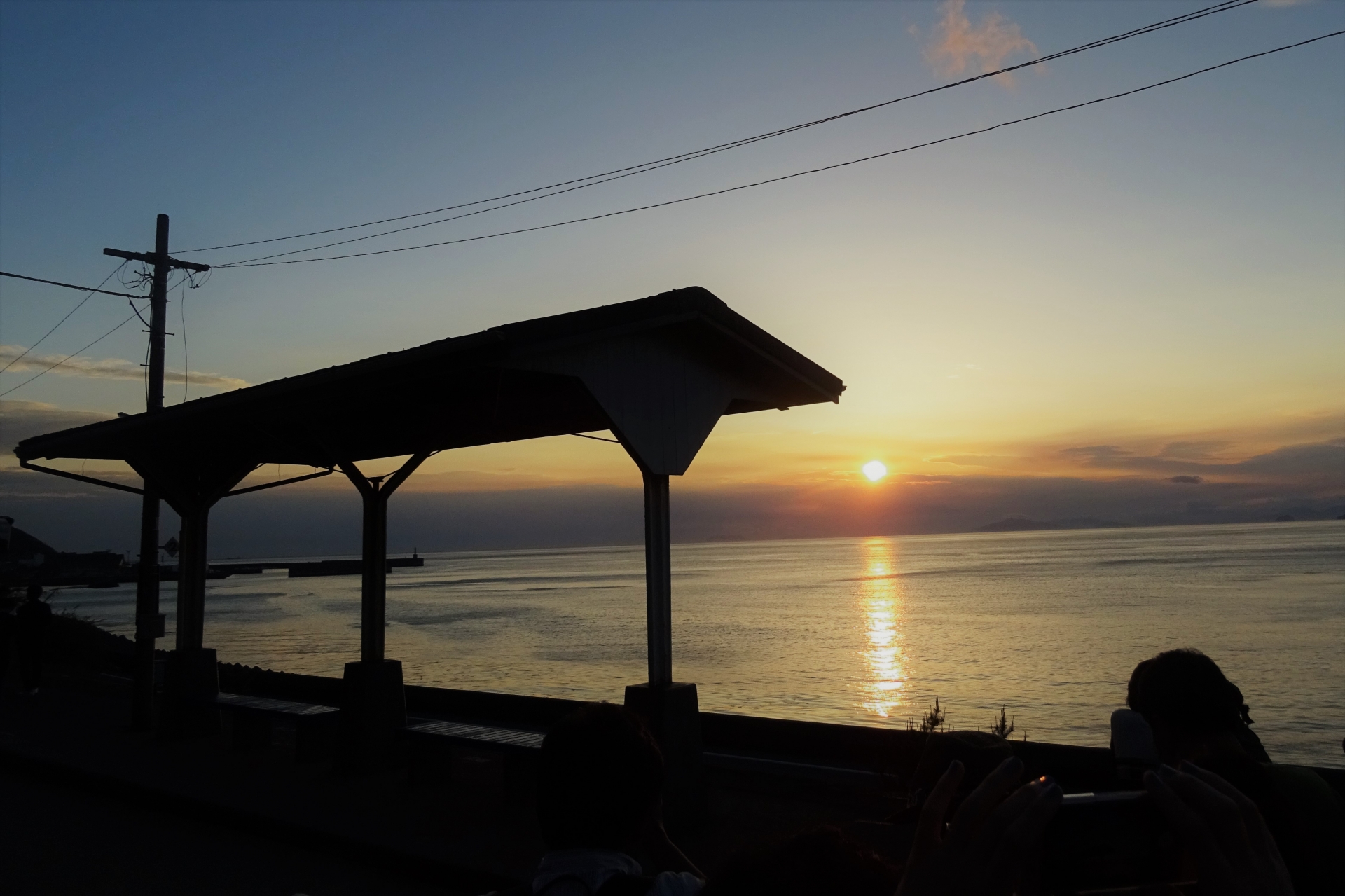 Shimonada Station is perhaps the most famous seaside station in Japan, having been featured in numerous movies, dramas, and advertisements since its first appearance in JR’s Seishun 18 Kippu (a seasonal discount ticket) poster. The station is nothing more than a platform and two benches, but the stunning view is everything – the endless blue ocean, beautiful sunset, as well as a sense of peace and serenity it imparts – is what makes the station a well-loved destination among train enthusiasts, photographers, and tourists alike. 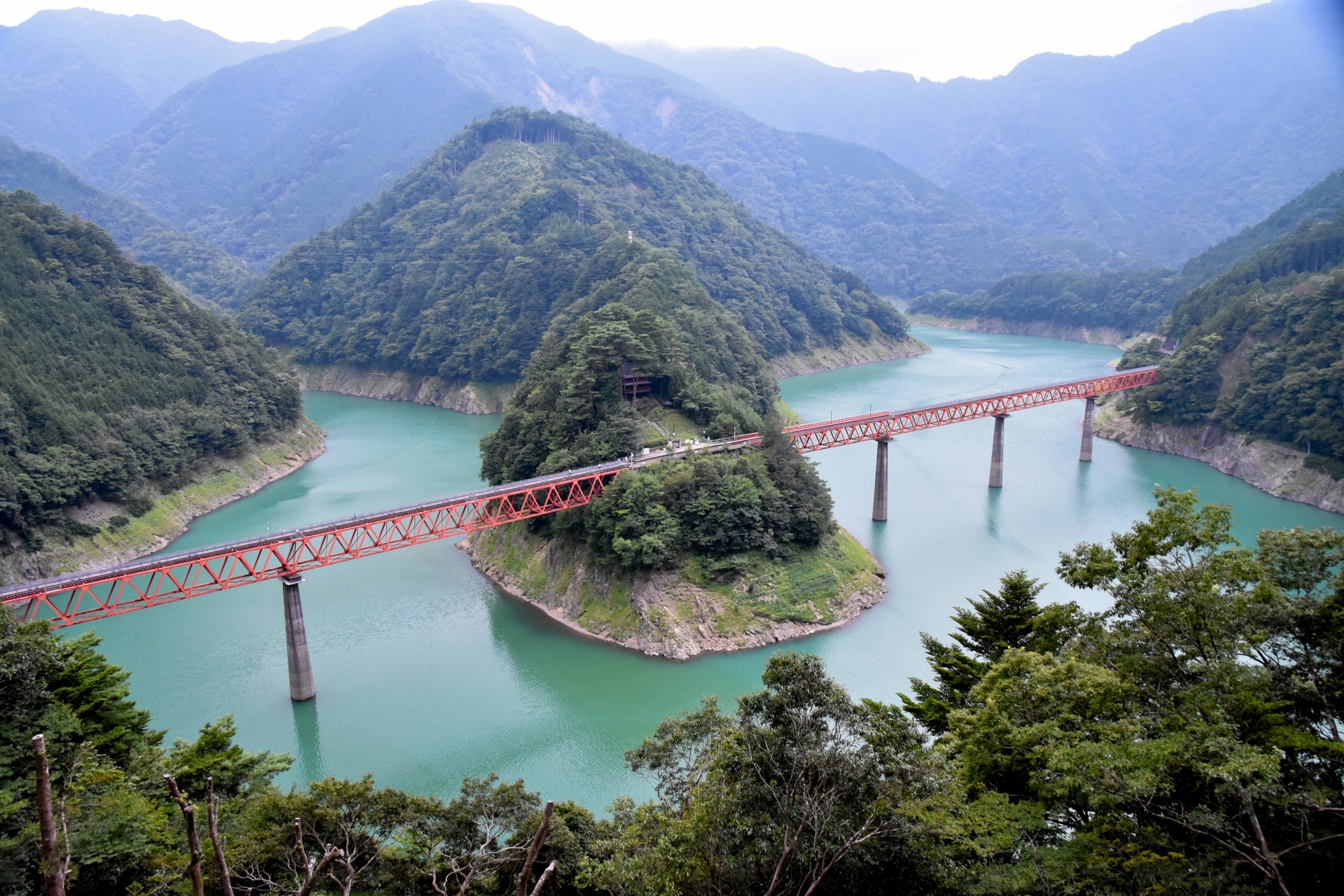 Nestled against the stunning backdrop of pristine forest and the Okuoi Reservoir, this hidden gem is one of the stations on the Ikawa Line which runs through a picturesque mountainous area in Shizuoka Prefecture. Visitors can spend some time exploring a few points of interest around the station, such as walk along the iron bridge to the lakeside, climb up to an observation deck where they can view the station from across the lake (see image above), there is even a bell which is said to bring fortune in love to those who ring it – a hit among the couples! 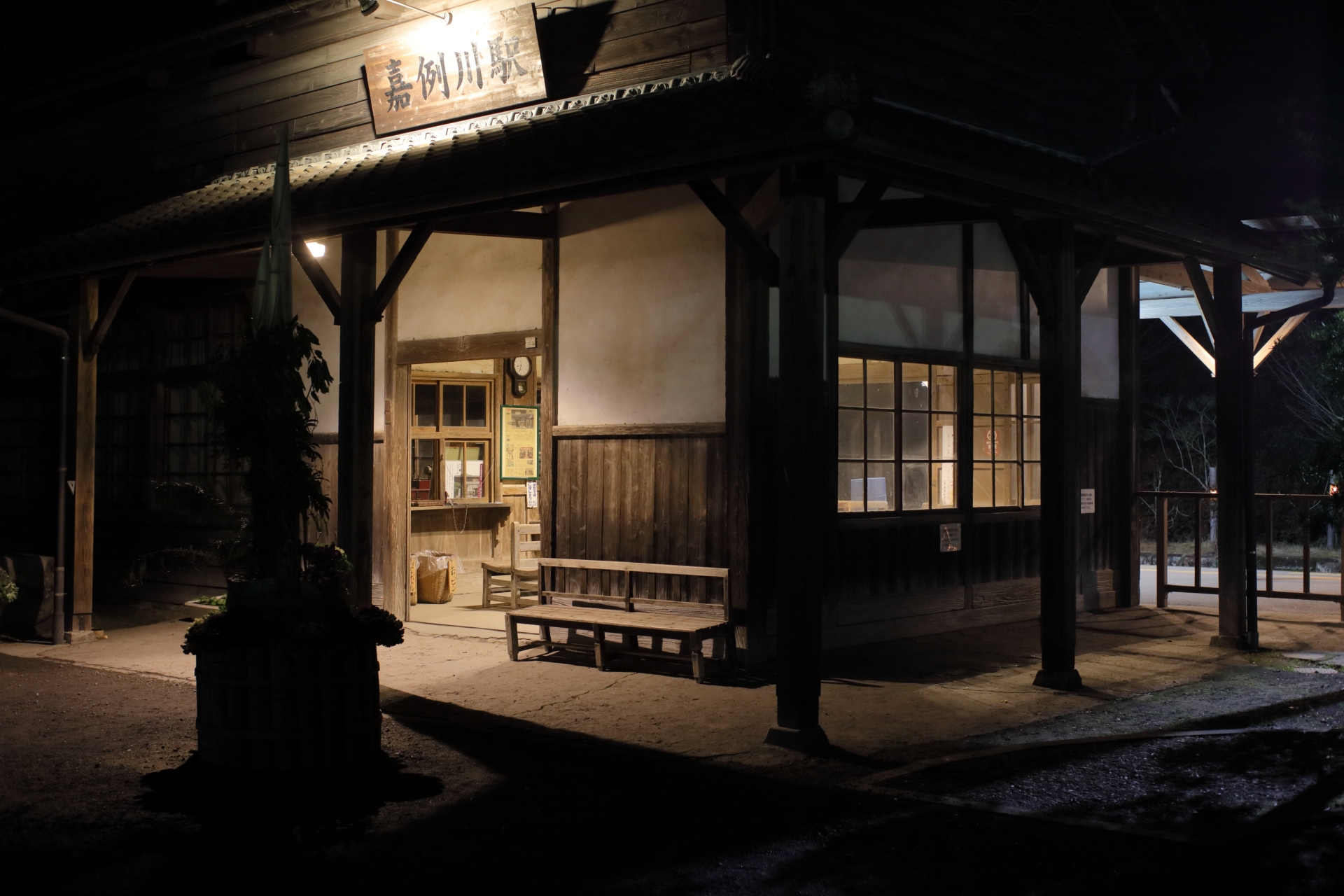 This station is one of the oldest wooden buildings in Kagoshima. Its structure has been preserved in its original form since its opening in 1903, and the classic interior furnishings that are reminiscent of Meiji Period exude a charm belonging to the bygone days. Visitors can also purchase Kareigawa Bento, a popular ekiben (railway bento) of Kyushu at the station on Saturdays and Sundays. Hayato no Kaze is a limited express service with a stopover (about 5 minutes) at the station so that passengers can get off and take a look at the historical building. 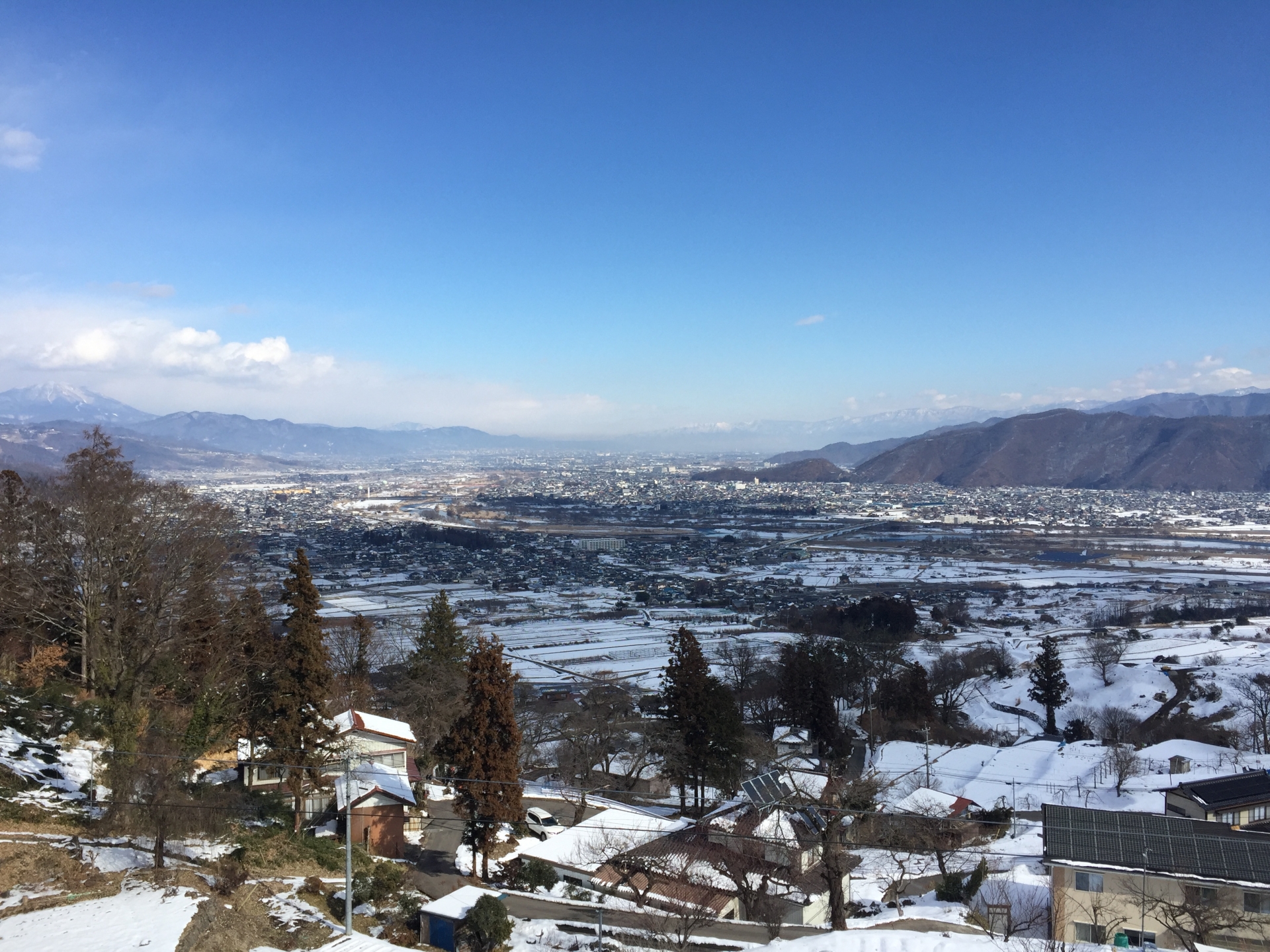 A great stop for beautiful views of the Japanese countryside. The station is located halfway up the 551m Mt. Obasute, which commands spectacular views over the Zenkoji Plain and Obasute’s famous terraced rice fields. It has also been named one of the best spots for night scenery and moon viewing. For this purpose, JR East runs a seasonal train called the Night View Obasute on the weekends between May and September. For 2,500 yen, the package includes a round trip ticket between Nagano and Obasute, and a bento box featuring local specialties. 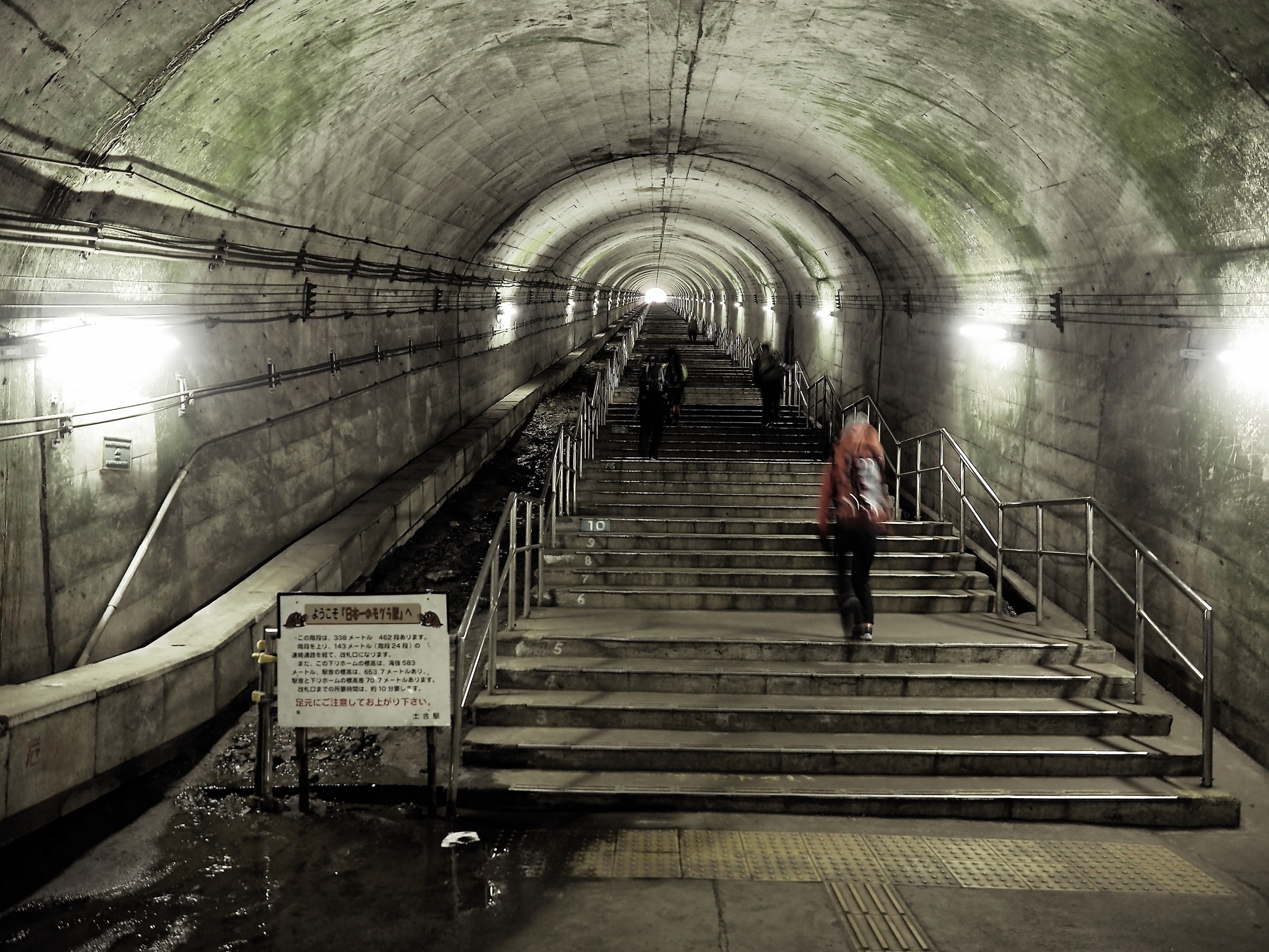 While it looks like a normal station from the outside, Doai Station is actually the deepest underground station in the country. Imagine one has to walk a staircase of 462 steps in order to reach the platform that is 70 metres below ground level, this takes about 10 minutes and definitely much longer when you go the other way around! The station is often used by the hikers to the nearby Mt. Tanigawa but is also becoming increasingly popular with tourists – well, testing your fitness in such an eerie setting does look like an unusual yet thrilling thing to do! 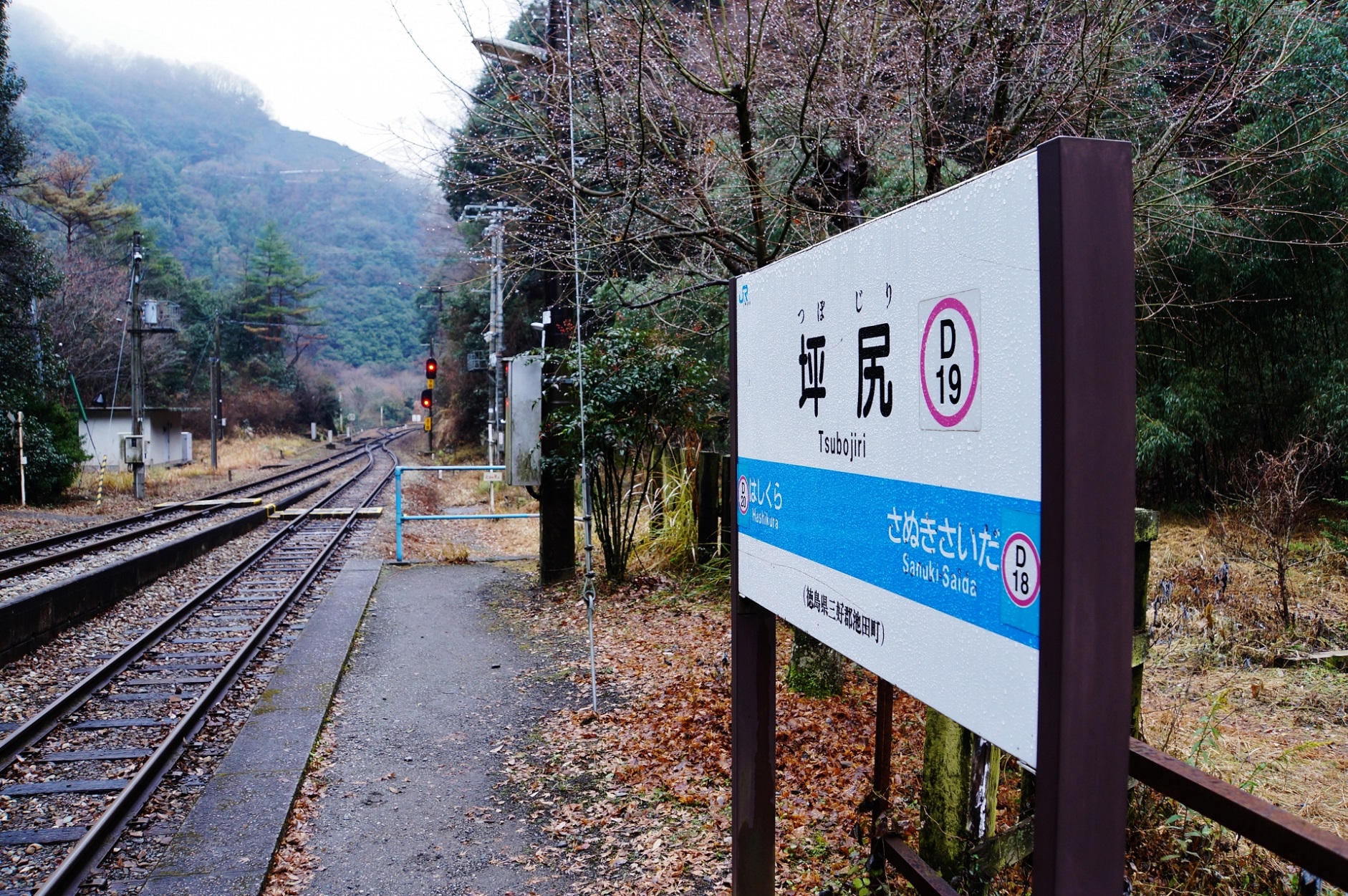 One of the best-known hikyo eki (秘境駅, secluded station). Located in a ravine, the station is surrounded by no homes, shops, nor roads – only by mountains. It is also a dead-end station, where trains need to use switchback manoeuver and reverse their travel direction upon arrival. To date, the station sees only two regular users a day, but visitors are coming from all over the place. Somehow, this secludedness is the charm of the station. If you ever come to this part of Japan, don’t forget to leave a message in the station’s guestbook to mark your visit! 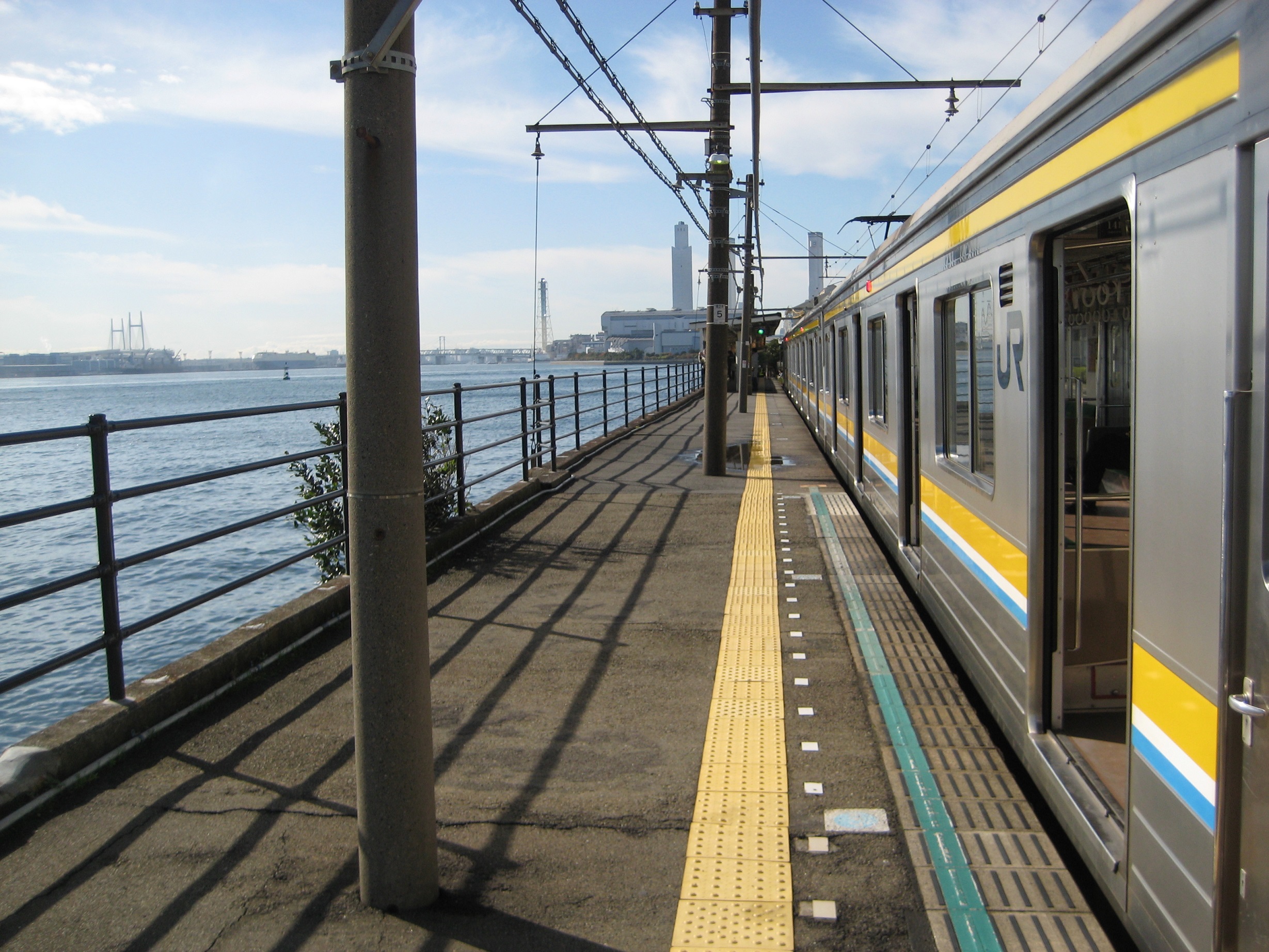 Located in an industrial area on the waterfront of Tokyo Bay, this station is known for excellent views of the sea – with factories and the majestic Tsurumi Tsubasa Bridge in the background. It is actually part of the TOSHIBA premises where only employees of the company can exit the ticket gates. Even so, it is totally common to see visitors coming here to enjoy the great views around the platform and a small garden next to it (free admission). And as you might have guessed it, this secret urban spot is also a wonderful place to catch sunset and sunrise. 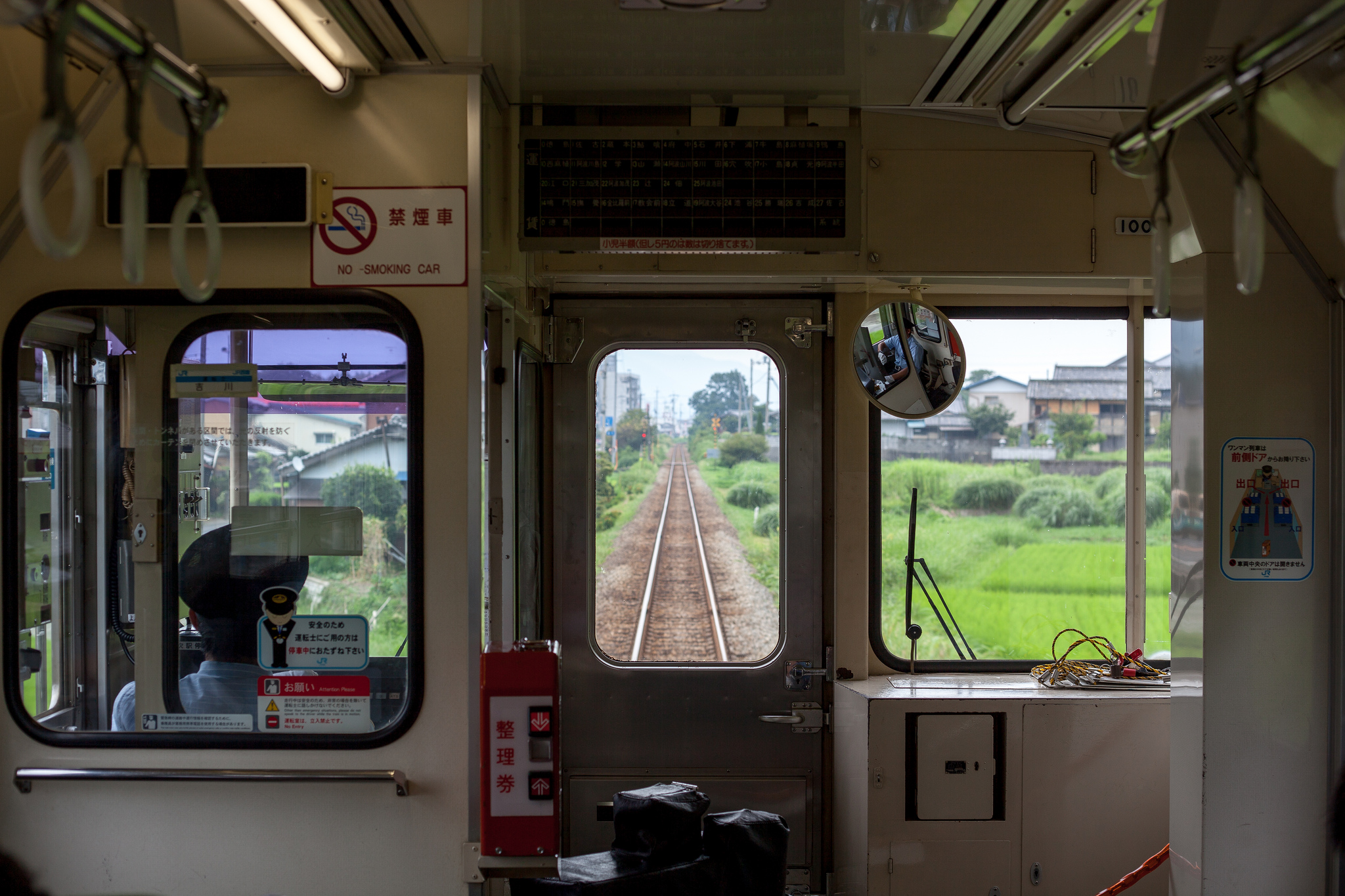 All of the stations introduced in this article are unmanned stations, which are commonly found in the countryside across Japan. In these stations, you will not find any officials selling or checking the tickets, instead you will purchase a ticket from the station’s automatic ticket machine or from the train driver who also doubles as a conductor. When getting off, all passengers must exit from the front door, and you will either hand the ticket to the driver or put it in the used ticket box that can be found in the train or at the station.

For those travelling by the Japan Rail Pass, you should have no problems entering and exiting unmanned stations freely if the train line you are taking is covered by the pass, simply show the driver or conductor your pass whenever necessary.