Halal and Muslim Friendly Restaurants in Hiroshima No ratings yet.

Exploring Ibaraki’s Nature and Waterfalls No ratings yet. 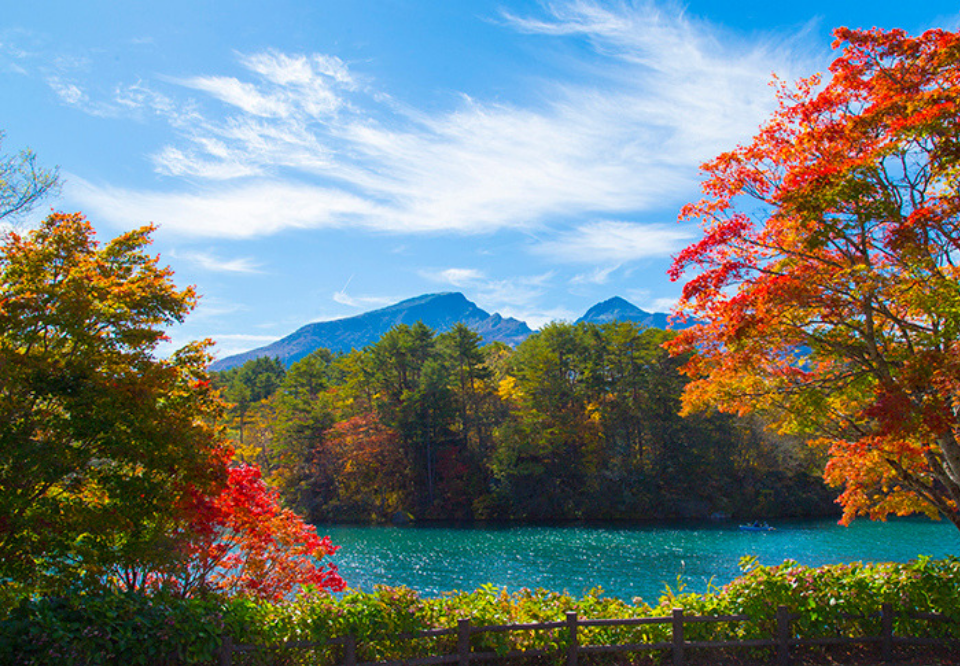 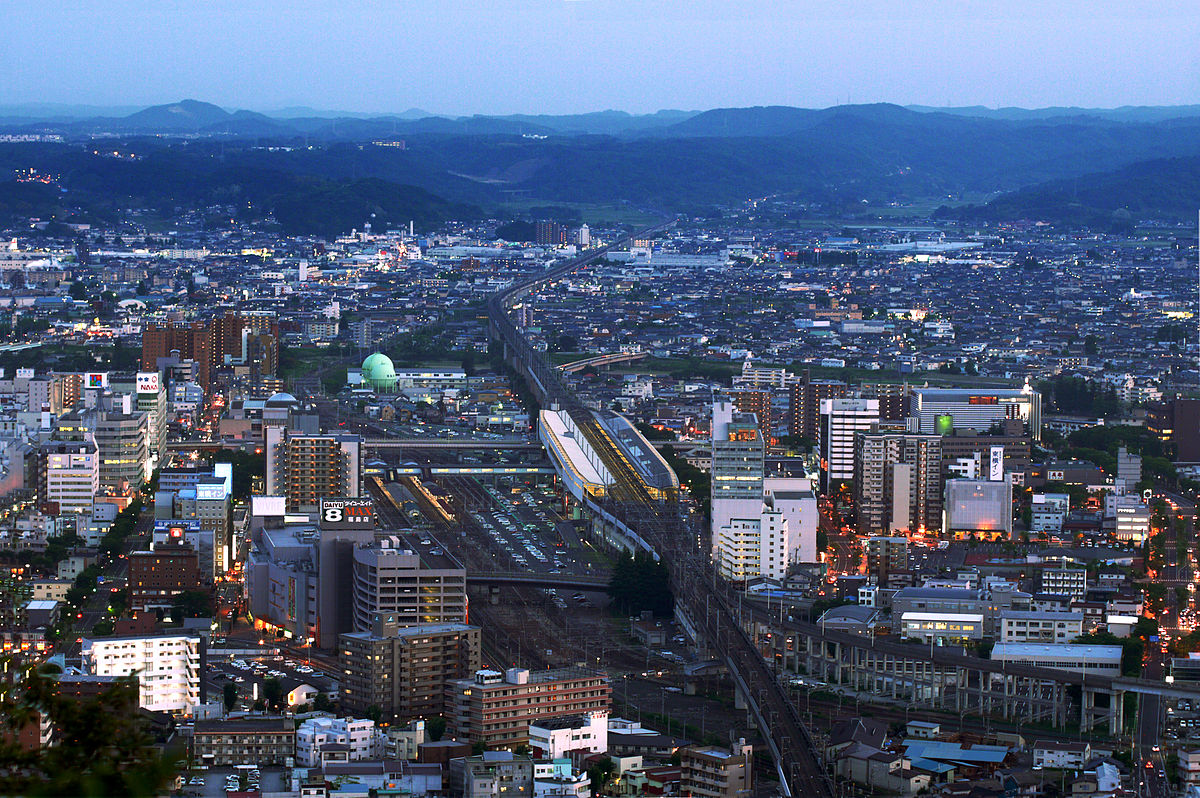 Fukushima, also known as ‘The Fruit Kingdom’, rose up after a devastating incident back in 2011. The nuclear disaster was indeed a terrible experience for most people not only the locals. Despite all that, Fukushima comprises all the best places that are worth travelling to. We provide you with a sample itinerary to Fukushima where you can taste its significant foods and visit interesting sites. Let’s go!

From wherever you are, your first pit stop would have to be Yunokami Onsen Station. From the station, take a taxi and you will reach Ouchi-juku within 15 minutes.

The first destination is Ouchi-juku. The small town has been around the area since the Edo Period and listed as an Important Preservation District for Groups of Traditional Buildings in Japan, thanks to its old structures and their notable thatched roofs. Now, Ouchi-juku becomes one of the top tourist destinations in Fukushima. Each season, Ouchi-juku offers its visitors with a unique view that it almost looks like it came straight out of a storybook.

History goes that the town used to be the place where samurais would go to obtain food supplies and stop for accommodation. Hence the reason why Ouchi-juku is still preserved till this day. The houses you see here have been converted into souvenir shops and guesthouses as it is now mainly a tourist spot. As you stroll around the town, don’t forget to try local snacks like chargrilled fish and sweet potato rice cakes.

To delve deeper into the history, head to Machinami Tenjikan Town Exhibition Pavilion to see tools and photos used during the Edo Period.

While you are here, try their famous local cuisine called Takato Soba (soba noodles served with leek) which brings us to lunchtime. A restaurant called Misawaya serves one of the best Negi sobas in Japan and to top it off, Ouchi-juku is the birthplace of the excellent dish. 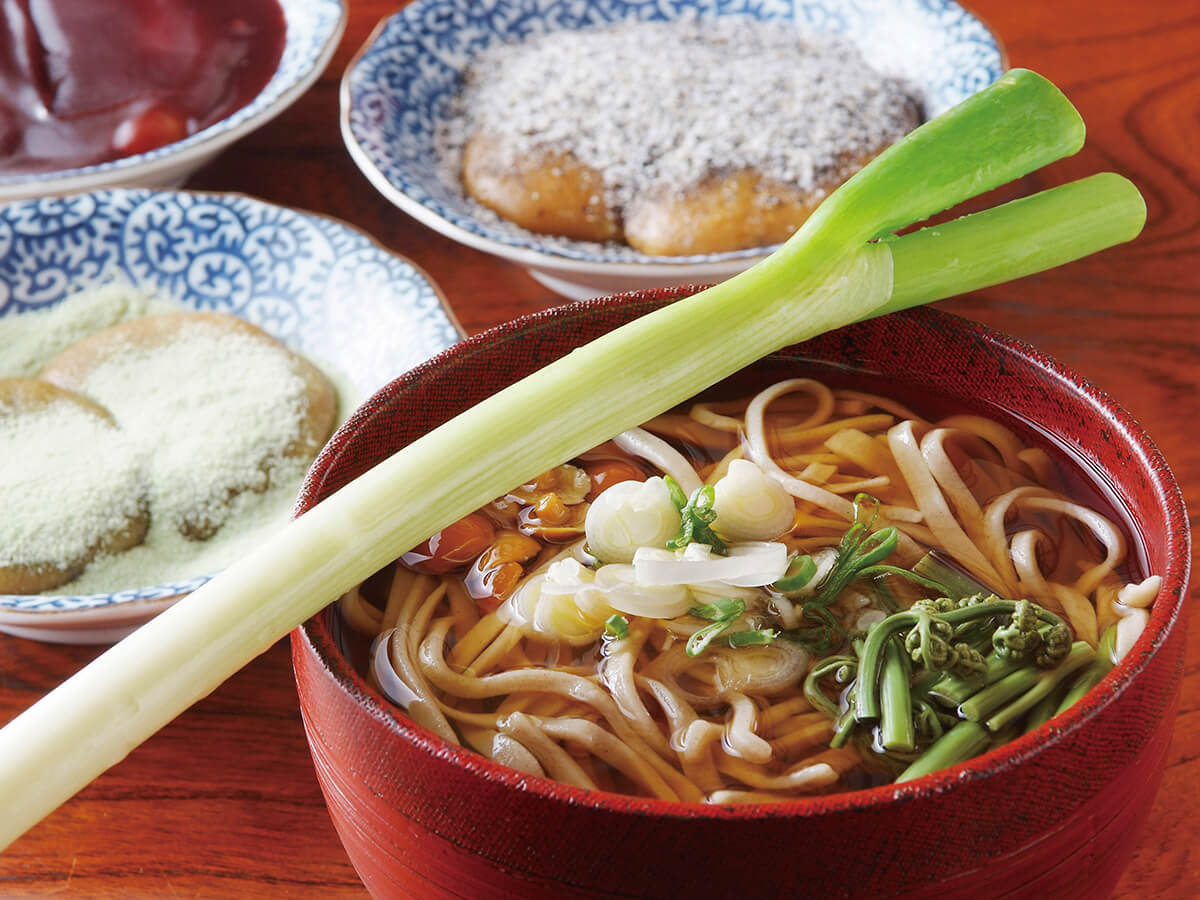 It is said that a servant of Masayuki Hoshina, Lord of Aizu who was from Takato, Nagano was spotted eating soba noodles using daikon (white radish) and the ritual spread to others. Then, the owner of Misawaya assumed it would be a great idea to eat soba noodles using leeks as it adds spiciness and lots of flavour on every bite. Thus, the evolution of Takato soba was born. You can choose either to eat hot or cold soba and there are plain soba noodles in case you dislike leeks.

By taxi, make your way to To-no-Hetsuri, one of the oldest cliff formation which was formed million years ago. Their famous photo spot is the suspension bridge overlooking the Okawa River. After that, go to To-no-Hetsuri Station and take a 50 minutes train ride to Aizu-Wakamatsu Station. 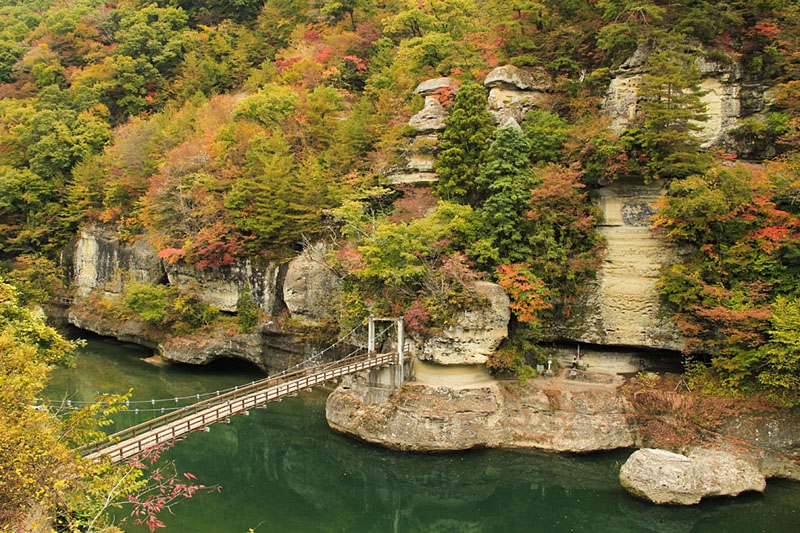 As you reached the station, grab a taxi to Tsuruga-jo Castle, the symbol of the Samurai City of Aizu. Tsuruga-jo Castle has finally completed its restoration in 2011 after going through almost 50 years of constant renovation. The castle was built in 1384 and it survived the great Boshin War in 1868. However, the aftermath of the war left massive damage to the castle which is why it took a long time to rebuild the castle. 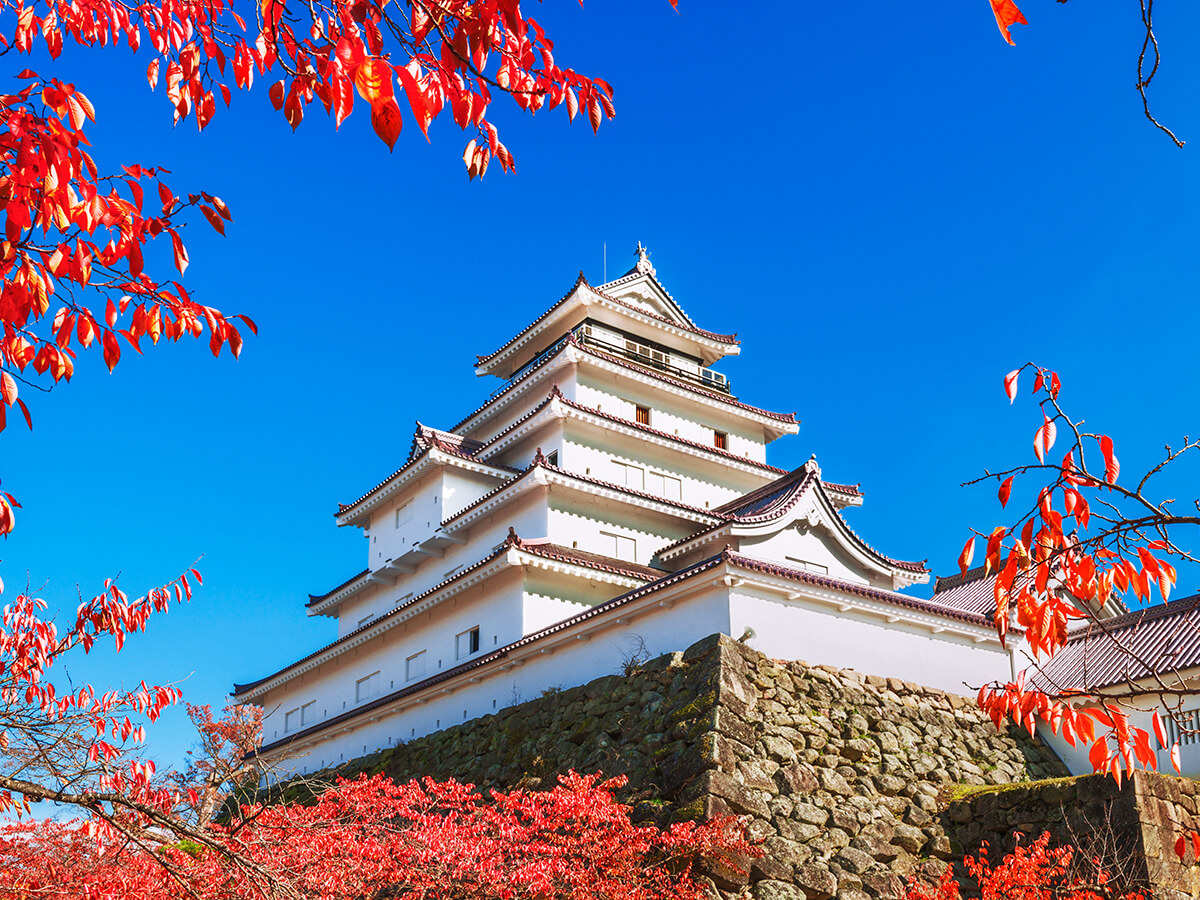 Upon its completion, they restored the castle’s original tile roof in red, making it the only castle in Japan to have red tile roofs. On the inside, they exhibit ancient swords, armours and also a historical video of Aizu city. In addition, look out for Rinkaku Teahouse where this used to be the place for feudal lords to organize tea ceremony.

Check in to Aizuwakamatsu Washington Hotel to spend the night at the Samurai City.

Another famous dish in Fukushima is wappa meshi. Wappa meshi is a thin wooden round-shaped container that is used as a lunch box by for over 600 years. Wappa meshi consists of rice and filled with ingredients like vegetables, salmon and mushrooms. Takino Restaurant is highly recommended by the locals if you’re interested to try wappa meshi. 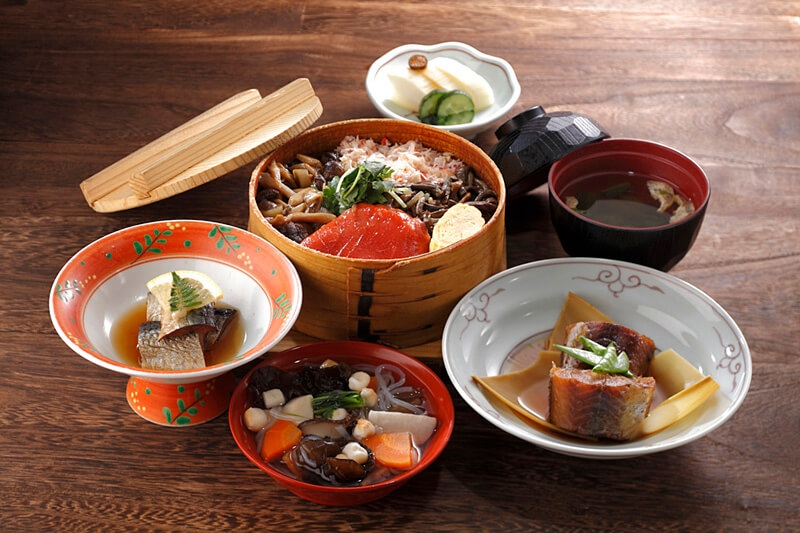 From Aizu-Wakamatsu Station, head to Lake Inawashiro by taking a train to Inawashiro Station. After 30 minutes of the journey, take a taxi to the lake to start your exploration.

Described as one of the beautiful lakes in Japan, Lake Inawashiro is indeed a beauty. The lake is the fourth largest lake and third largest freshwater lake in Japan facing a magnificent view of Mount Bandai. Many have confused this mountain with the famous Mount Fuji due to its similar appearance.

The lake was formed when an eruption occurred many years ago at Mount Bandai, thus making the water acidic. You can do all sorts of activities here, for instance, cycling, paragliding, canoeing, snowboarding and others. If you are lucky enough, you will get a chance to see swans flooded the lake during winter. 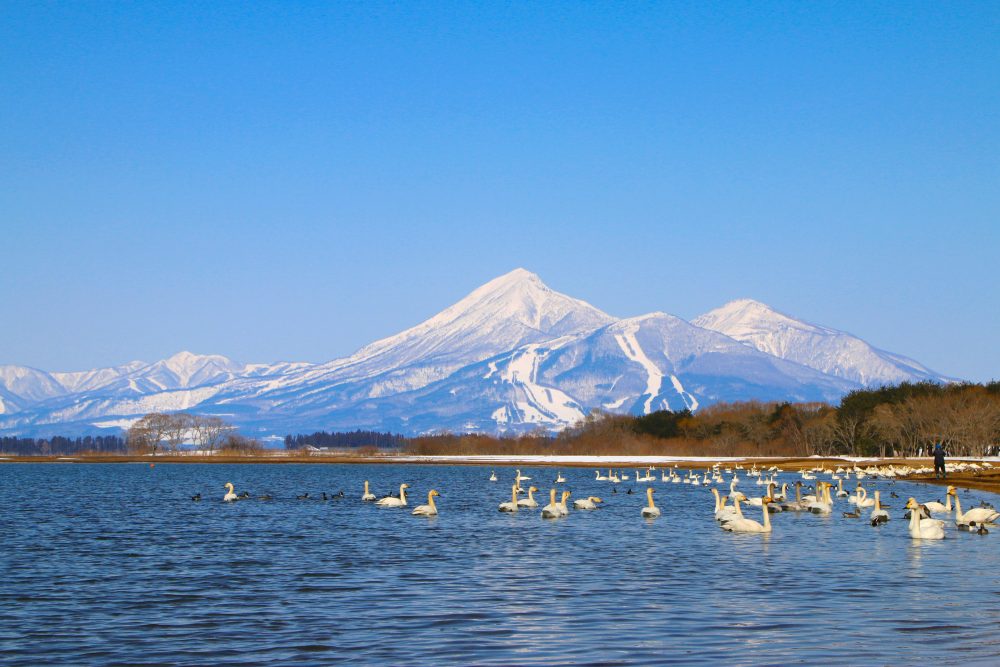 The locals nicknamed the lake as Tenkyoko, which means ‘Heaven’s Mirror Lake’ for its clear water and how it reflects Mount Bandai on the surface.

Another local delicacies you must try is Basashi or commonly known as horse meat sashimi. Raw horse meat will be sliced into thin pieces and to be eaten with spices like ginger, garlic and soy sauce. Some restaurants will place basashi on top of sushi. To taste this fascinating dish, head to Nikuno-Okubo, located near Hideyo Noguchi Memorial Museum. This restaurant practices in making basashi and quite famous around Fukushima. 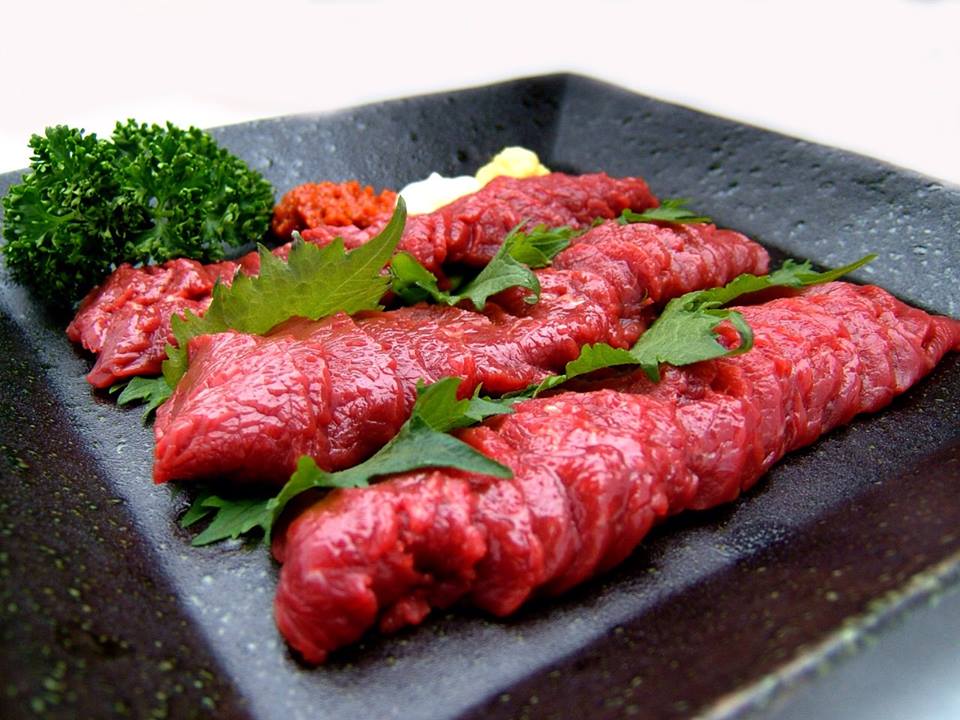 Opened to the public in 1959, Hanamiyama Park is the most visited park in Fukushima Prefecture to see cherry blossoms. Filled with a myriad of beautiful flowers like sakura, azaleas and hydrangeas, it’s no wonder why people are so head over heels about this place. Blanketed in colourful trees and flowers, this is definitely a celestial.

Don’t worry about bringing wheelchairs and strollers because the park has many walking trails that are able to cater to your needs. Throughout the park, you will see many photo-worthy spots in which you can view Mount Azuma and Fukushima city. 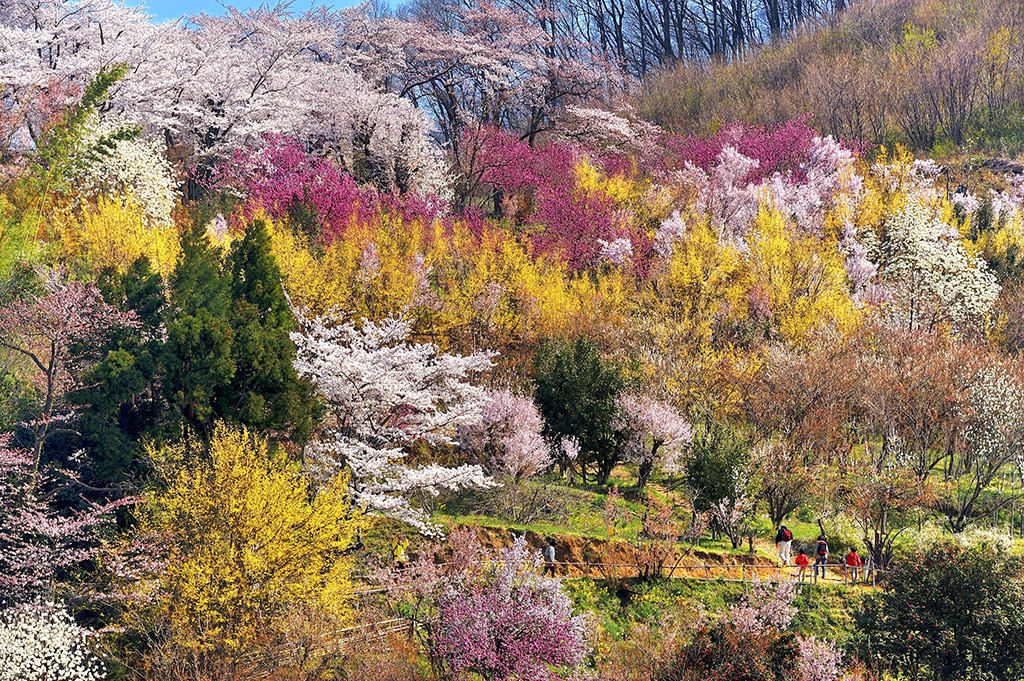 To get here, take a train from Inawashiro Station and stop at Fukushima Station. Then, you can take a taxi or shuttle bus that runs every 15 to 20 minutes to get to Hanamiyama.

From Fukushima Station, head to Miharu Station to get to your last destination. Miharu Takizakura has one unique thing that other park doesn’t have which is an old cherry blossoms tree. Known as Takizakura, it is interpreted as ‘waterfall cherry tree’ because the flowers grow in a downright position, like a waterfall. Why is it old? Well, the tree has been in the place for over 1,000 years and since it’s very old, they placed several wooden girders to support the branches from snapping. In 1922, Takizakura was listed as National Treasure. 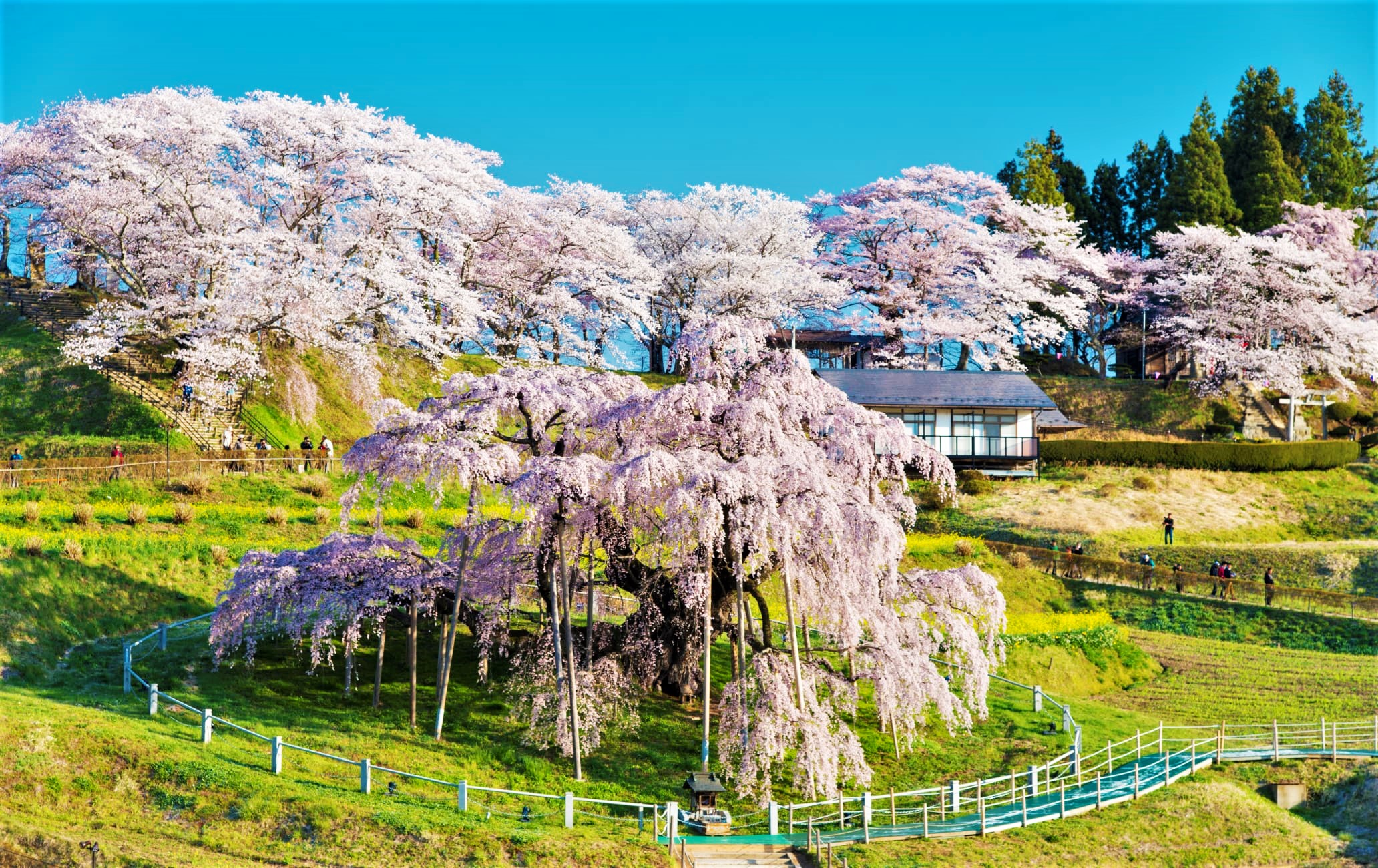 The 12 meters tree hits its fame every spring season where the pink flowers will bloom joyously. Yearly, the park will receive 300,000 visitors to witness a beautiful view of Takizakura. In April, they will lit up the tree from 6:00PM until 9:00PM, so we suggest you come visit late in the evening so you won’t miss the illumination.

In a nutshell, this itinerary is suitable for those who want to experience Fukushima’s local gourmet and visit some of its historical sites. Hopefully, you will find this useful.