Fukuoka City for First Timer: 5 Experiences To Have

Adventure Guide to Shikoku Island in Japan No ratings yet.

The Many-Interesting-Places of Miyagi No ratings yet. 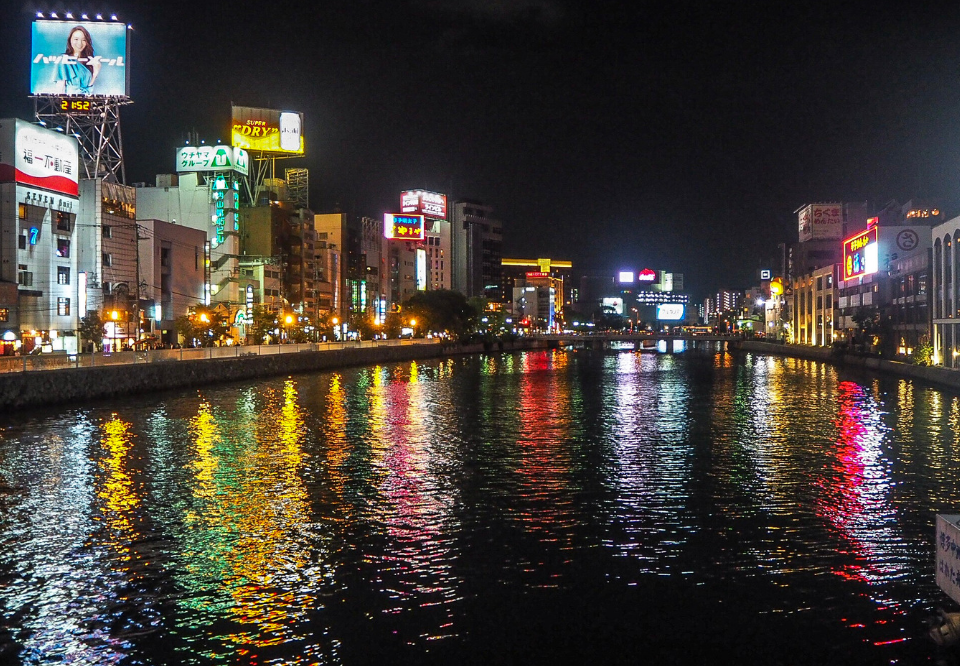 Fukuoka is the capital city of Fukuoka Prefecture in the Kyushu region of Japan. Being Kyushu’s largest city, Fukuoka has been Japan’s bridge to the world for many centuries due to its role as an important port city, with close ties with mainland Asia as well as the Europeans since ancient times.

A bustling city with a vibrant food scene, fantastic shopping opportunities, and lively nightlife, Fukuoka also has shrines and temples, traditional festivals, parks, museums, as well as beaches and islands. This article rounds up five essential experiences to have as a first-time visitor to Fukuoka. 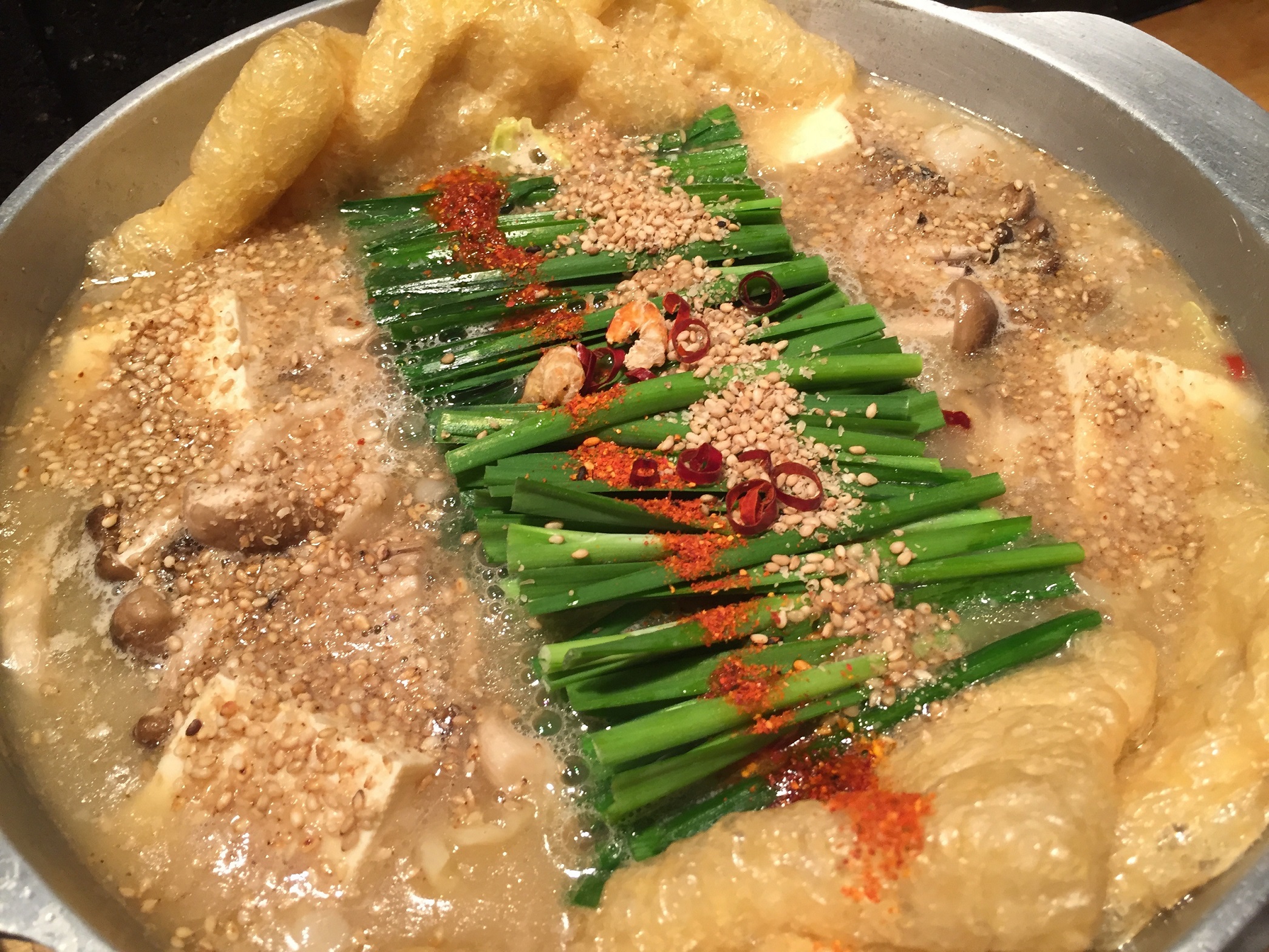 Equally popular but perhaps lesser known outside of Japan is motsunabe, a hot pot dish made with pork or beef offal, chives, cabbage, garlic and chilli peppers in a soy sauce or miso flavoured broth. Mizutaki is another hot pot dish often eaten in winter, whereby chicken and assorted vegetables are cooked in a chicken broth and eaten with ponzu dipping sauce. 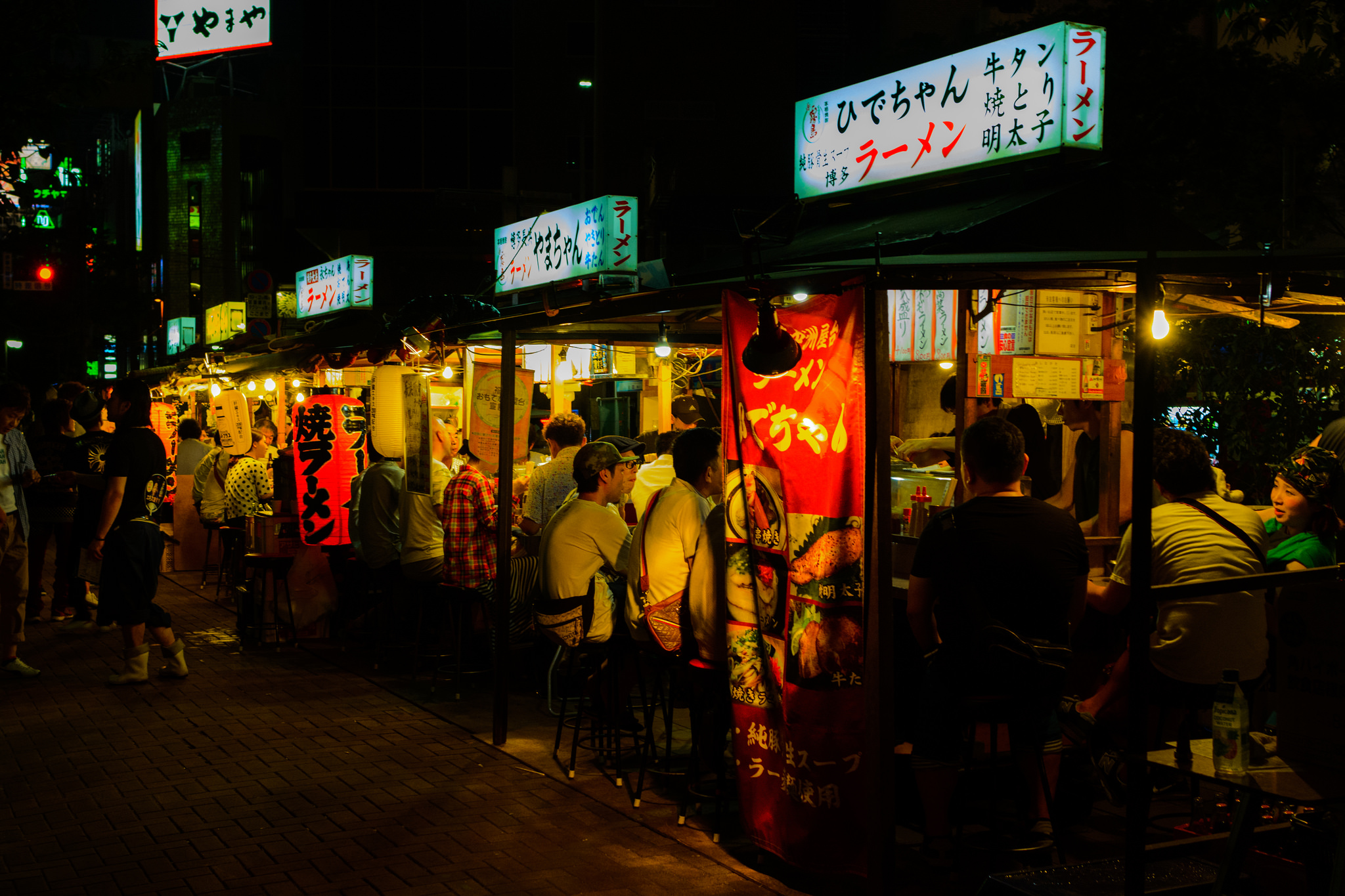 To give you some ideas where to enjoy these dishes, the city is the birthplace for ramen chain Ichiran and Ippudo, while Hakata Motsunabe Yamaya is a restaurant chain specialising in motsunabe and mentaiko.

The dining experience at Fukuoka’s yatai stalls is not to be missed. Being the city’s trademark, these food stalls open only at night and serve up a range of dishes from oden to yakitori to ramen to western cuisine. They can be fun and enjoyable, albeit touristy to some. You can find these stalls along the riverside near Nakasu-Kawabata Station or around Tenjin Station. 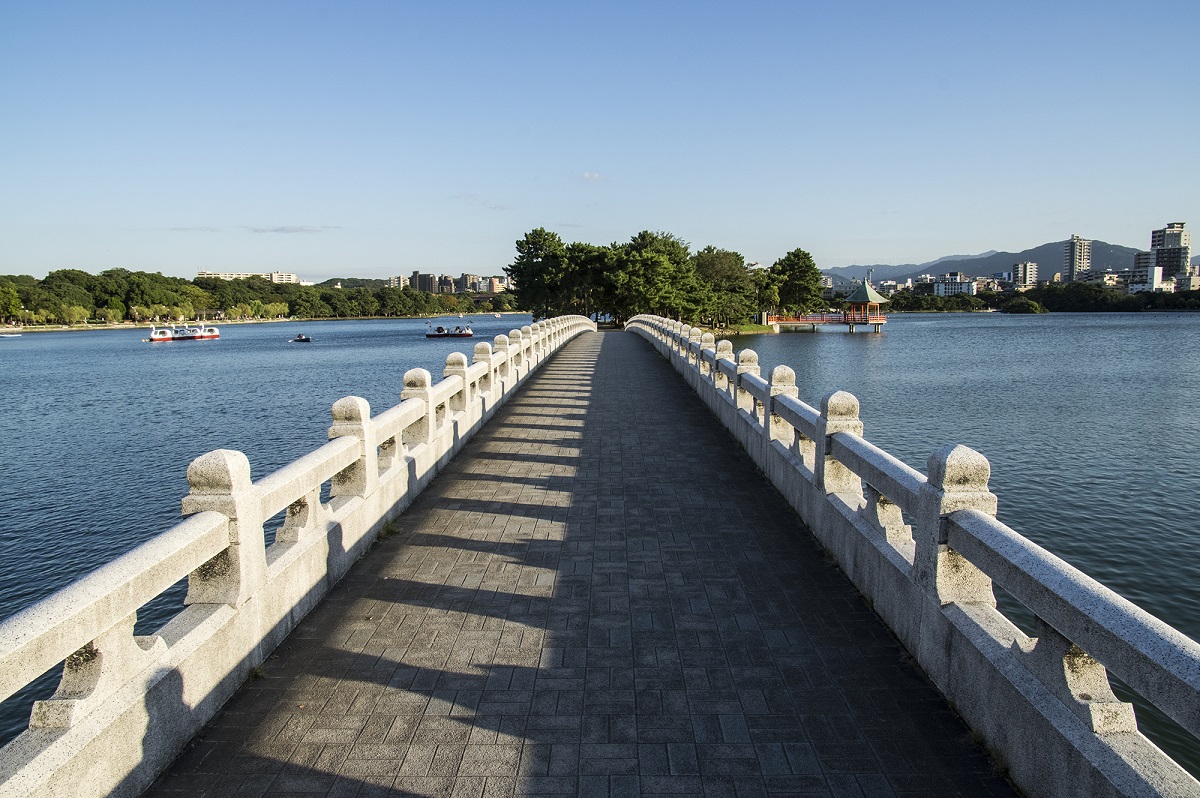 Ohori Park is a large park situated in the centre of Fukuoka, loved by tourists and locals alike as a place to relax and enjoy leisurely strolls. Enclosing a lake, the park is modelled after the West Lake in China with a number of facilities such as Fukuoka Art Museum, children playground, Noh theatre, Japanese garden and teahouse. The walking path around the lake measures about 2 km, so it is a great spot to go for a morning (or evening) jog when in Fukuoka! 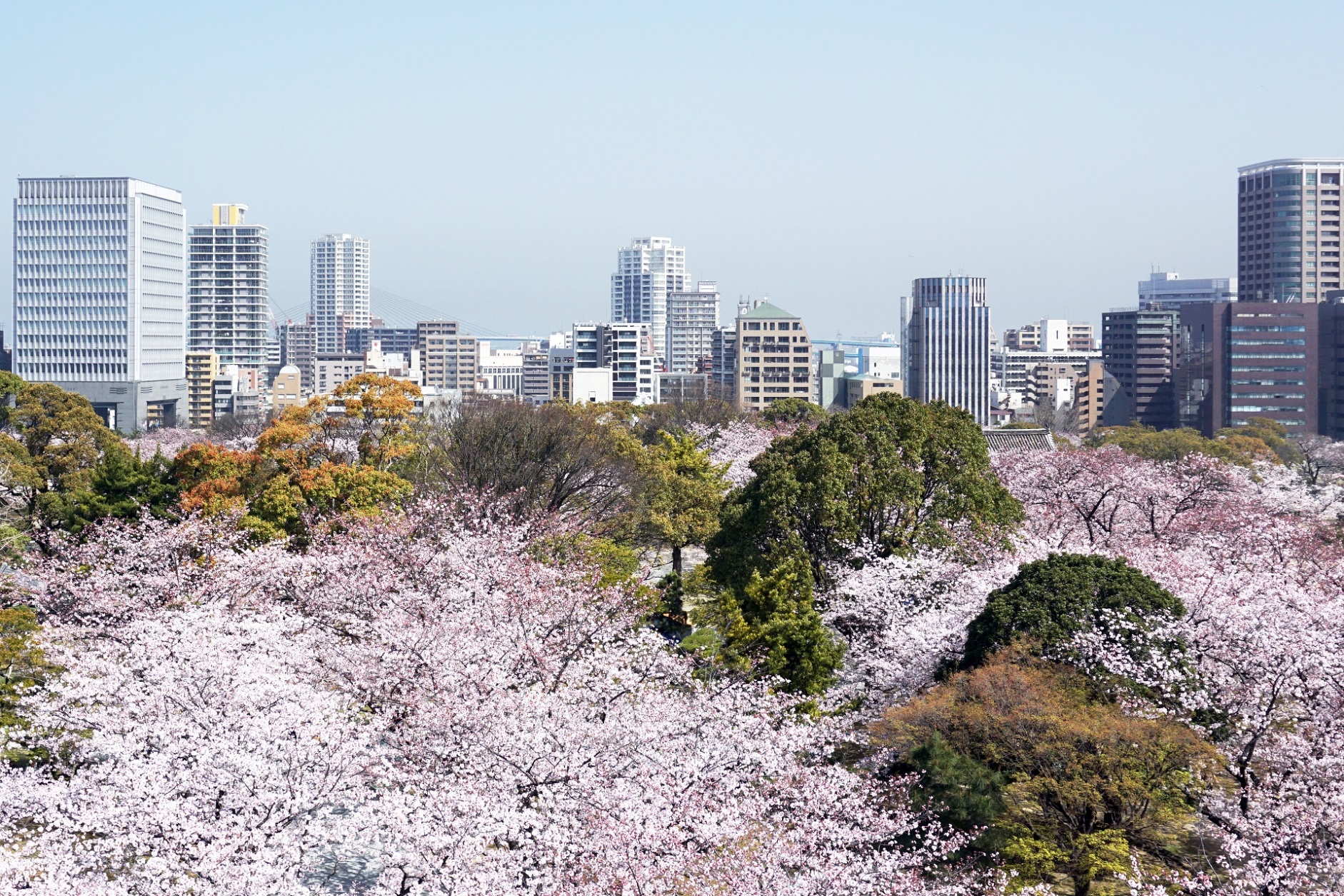 On another side of the park is Fukuoka Castle Ruins, also known as Maizuru Park, where you can observe the remnants of Fukuoka Castle, once the largest castle in Kyushu. You can still see the castle’s walls, turrets, and gates here, along with the skyline of Fukuoka which includes Fukuoka Tower and Fukuoka Dome. The castle site is one of the best flower viewing spots in town, especially during the cherry blossom season in spring. 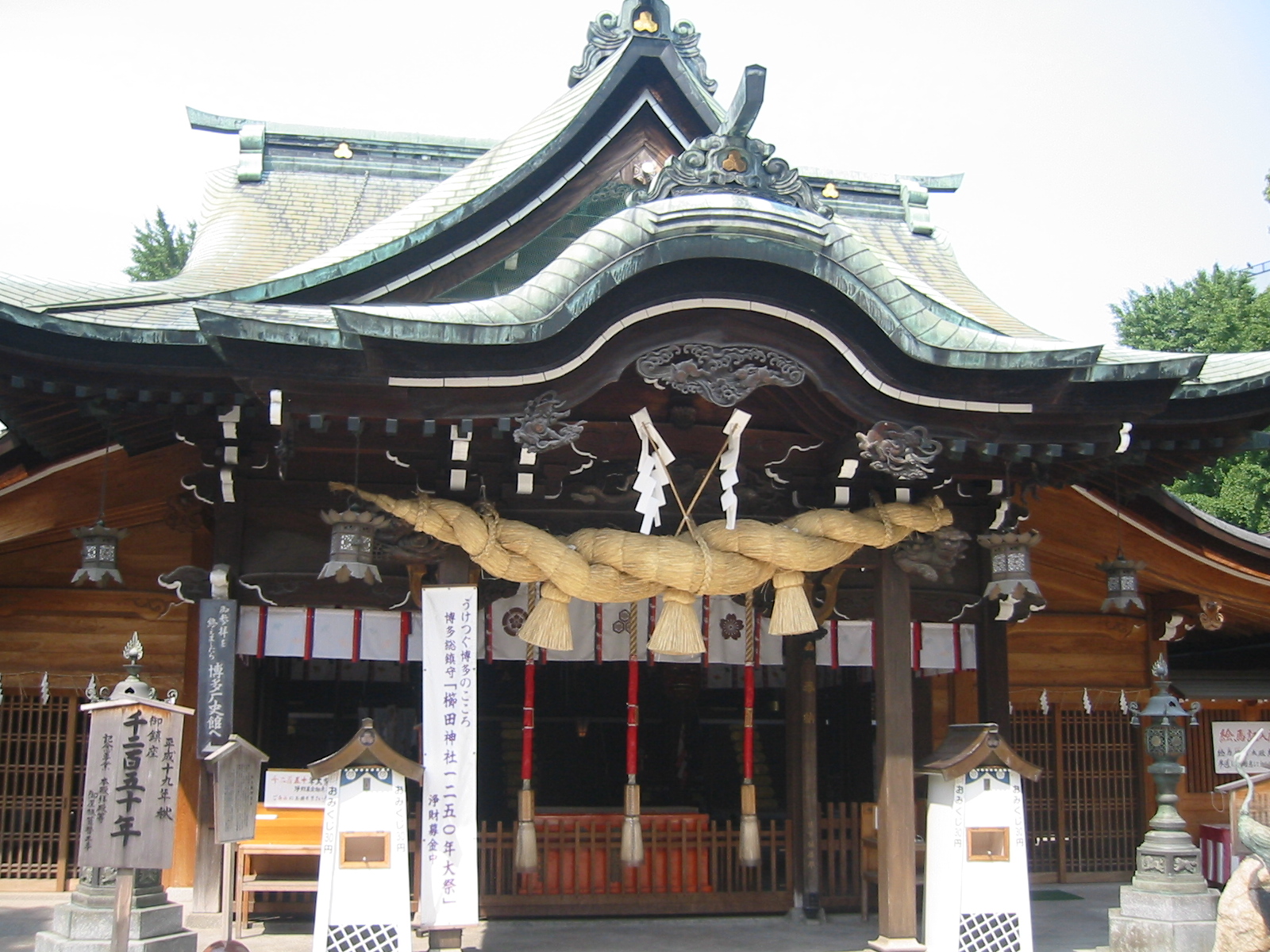 Visiting shrines and temples is one of the must-dos in Japan. In Fukuoka, Kushida Shrine has long been worshipped by the locals for youth and long life as well as business prosperity. Established in 757, it is famous for Hakata Gion Yamakasa, the most celebrated festival in the city. There are a number of points of interest you can check out at the shrine, including the shrine building which dates back to 1587, and a display of the impressive 10m high float used in the Yamakasa festival. 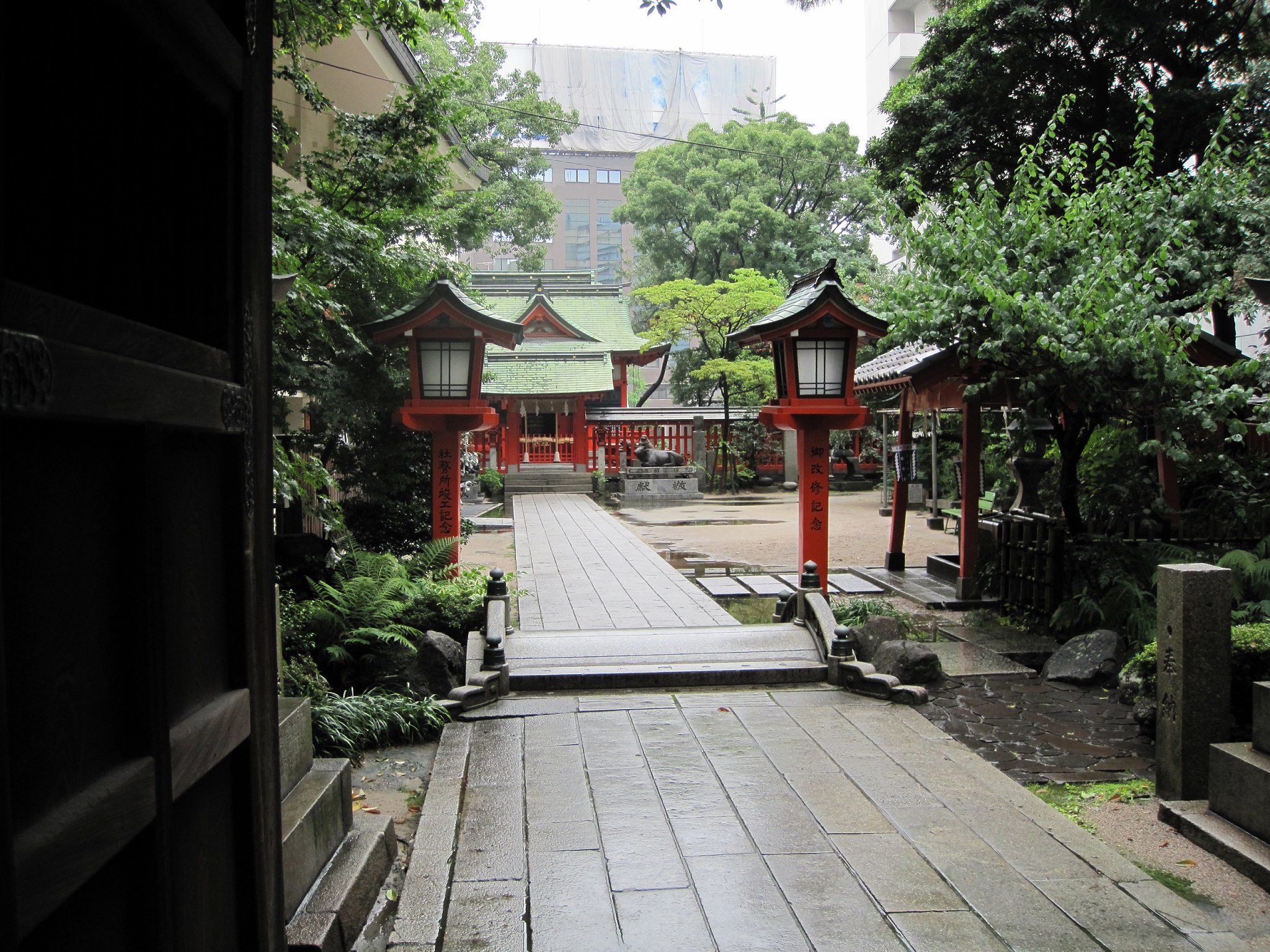 Shofukuji is the oldest Zen Buddhist temple in Japan, founded in 1195. Its most prominent feature is the Sanmon Gate which was recently rebuilt in 1911. Although the temple buildings are not open to the public, visitors can walk around the temple grounds and enjoy the serene atmosphere here. For a shrine with a view, head to Atago Shrine which overlooks the city and the Genkai Sea. It is actually the oldest shrine in Fukuoka, set up in 72 CE.

Kushida Shrine and Shofukuji are 5 minutes on foot from Gion Station, while Atago Shrine is a 20-minute walk from Exit 1 of Muromi Station. 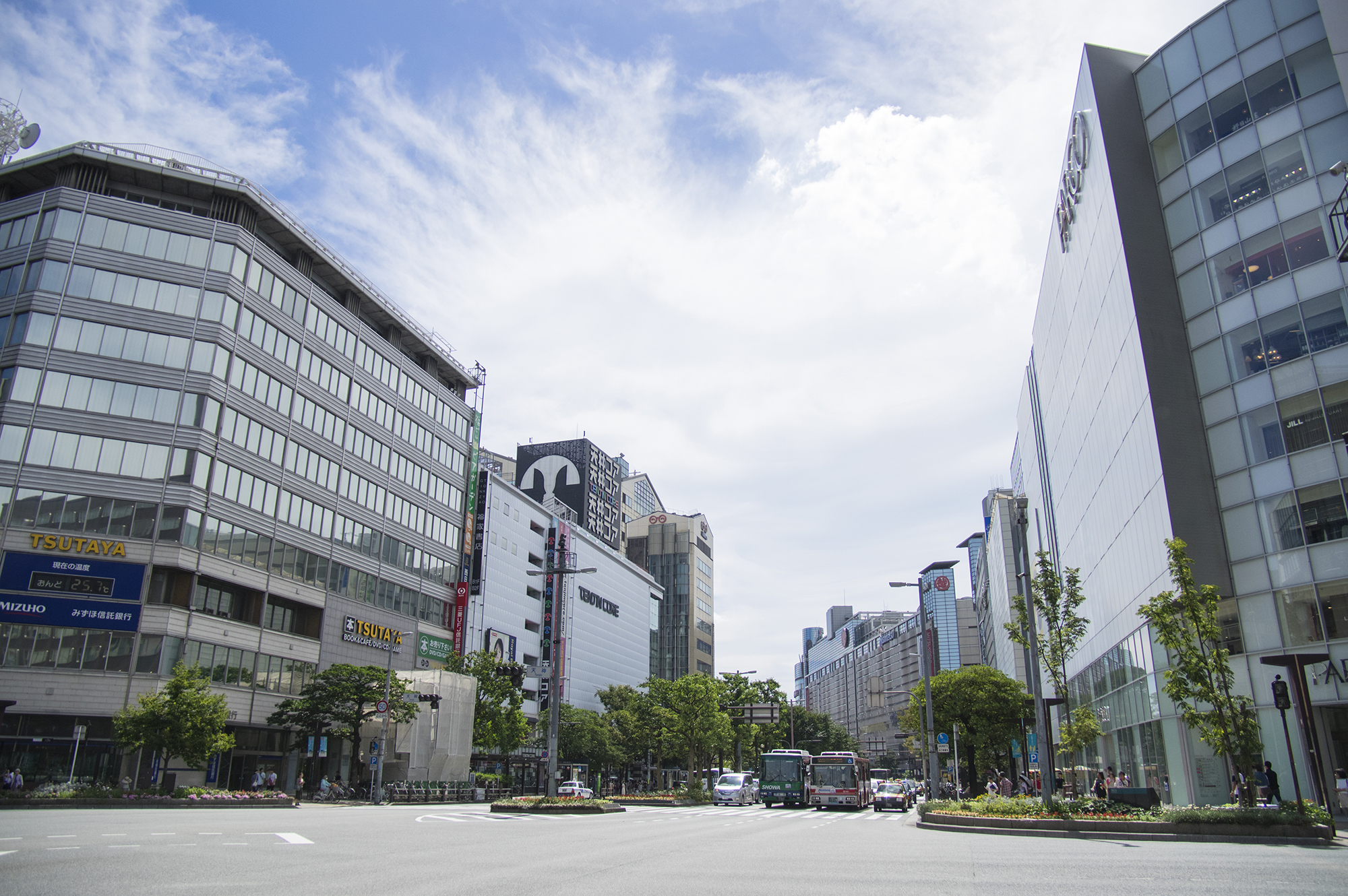 You can find a variety of stores and malls catering to different budgets and needs in Fukuoka. Tenjin and Daimyo are two popular shopping districts; the former has big brands and department stores like Daimaru and Mitsukoshi, while the latter is full of hipster boutiques, vintage shops and independent stores.

In Tenjin, there is also a trendy underground shopping centre which is directly connected to Tenjin, Minami Tenjin, and Nishitetsu Fukuoka stations, as well as a Loft store where you can buy unique, high-quality Japan-made souvenirs and everyday items. 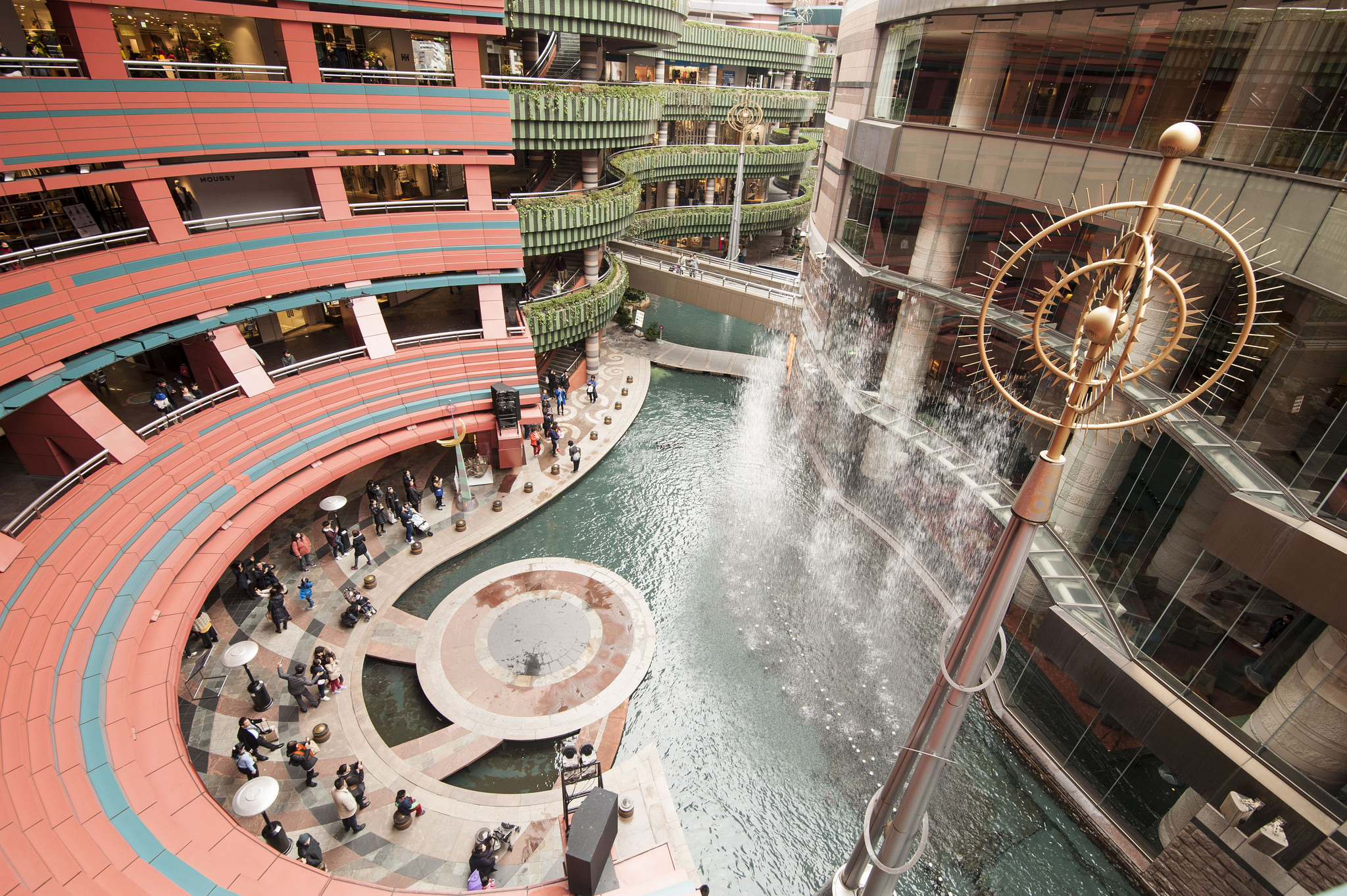 Canal City is a shopping complex based on a “city within a city” concept, with over 250 shops, restaurants, cinemas, game centre, and hotels built around an artificial canal. Its fountain shows, especially the evening 3D Mapping Shows which combine stunning images, sounds, and lights are not to be missed. It also has a Ramen Stadium with eight ramen shops serving up not just Hakata ramen but also Tokyo-style ramen, Sapporo ramen, and so on. 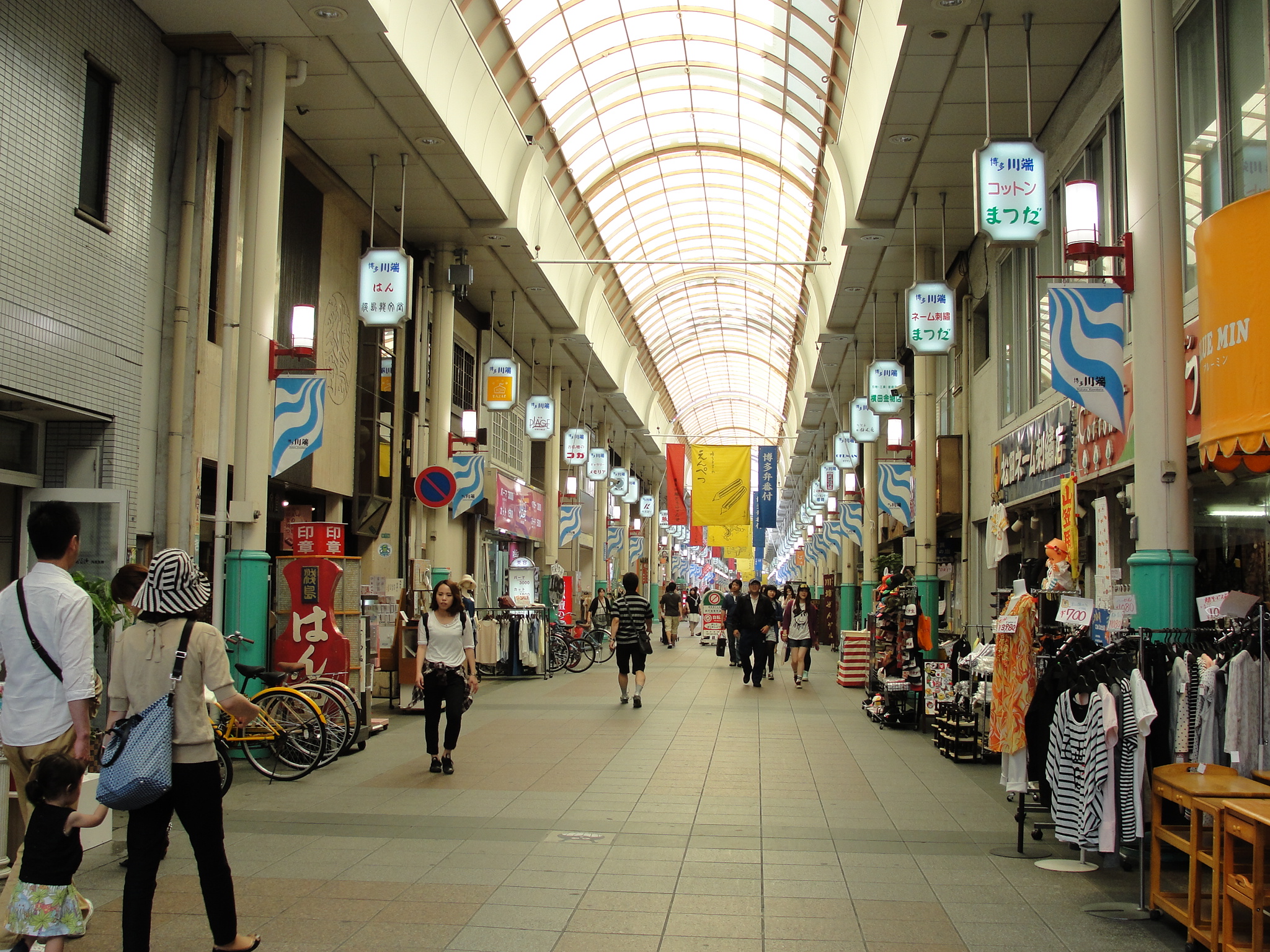 For people looking for discounted prices, Marinoa City is an outlet mall with a boardwalk and Ferris wheel by the sea. In fact, it is the largest outlet mall in Kyushu. For some nostalgic shopping experience, the Kawabata Shopping Arcade is lined with mom and pop shops selling foodstuff and traditional goods such as kimono, ceramics and handicrafts, as well as other newer stores and eateries. It runs from Nakasu-Kawabata Station all the way to Kushida Shrine, meaning you can easily drop by during your travels and pick up a souvenir or two here. 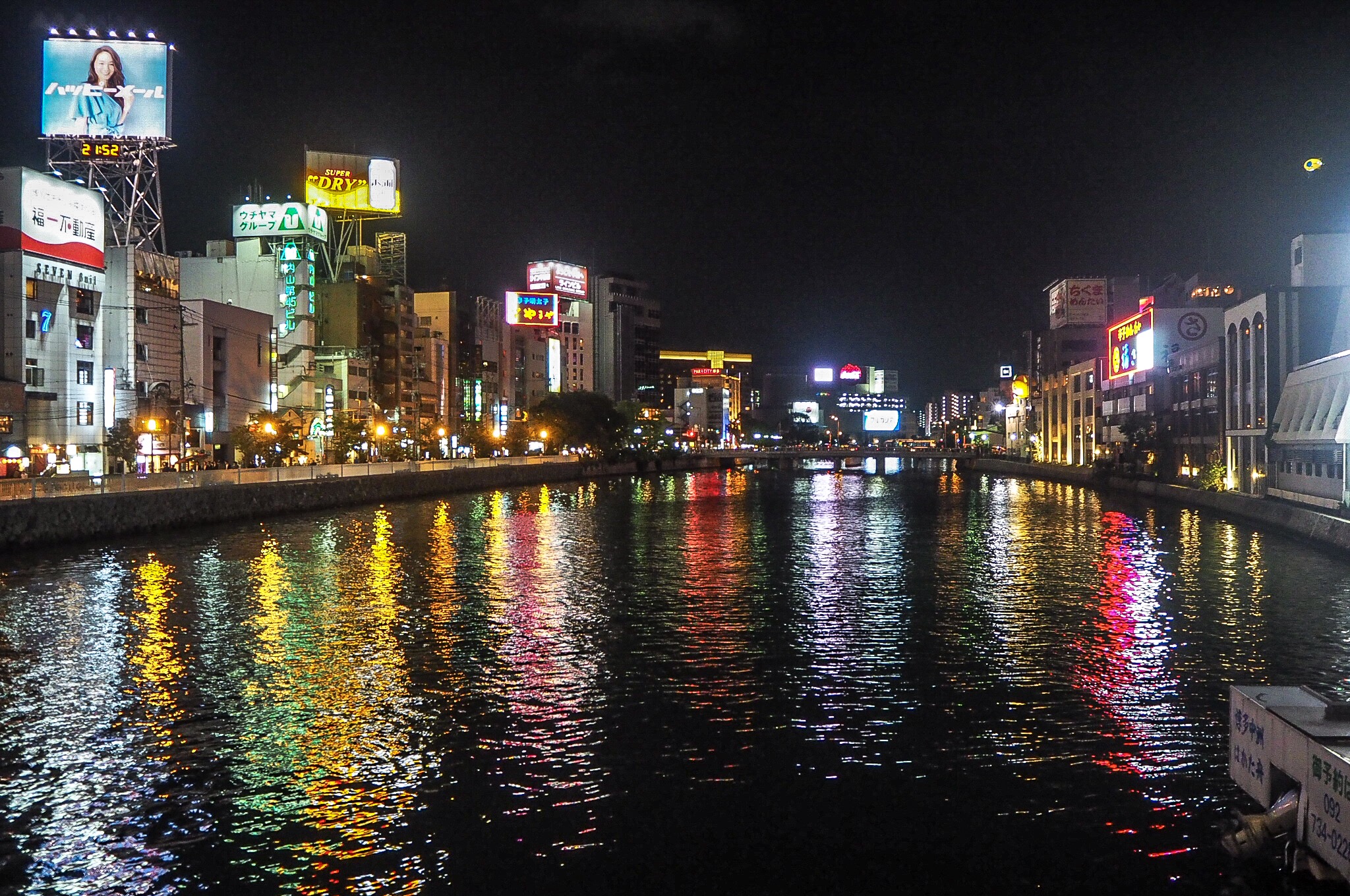 No visit to Fukuoka is complete without seeing its nightscape. Go to Nakasu after sundown for its famous neon lights. Take a stroll along the streets and grab a seat at one of the yatai stalls when you feel like it, the view of neon lights reflected off the Naka River is dazzlingly beautiful! But know that Nakasu is also a red light district – while safe, one needs to be vigilant as well.

The JR Hakata City which is a shopping complex above Hakata Station has a rooftop terrace where you can see the Shinkansen trains arriving and leaving, in addition to panoramic views of Fukuoka city. It even has a railway shrine and a garden with seasonal flowers, good for getting some fresh air after a day’s worth of shopping! 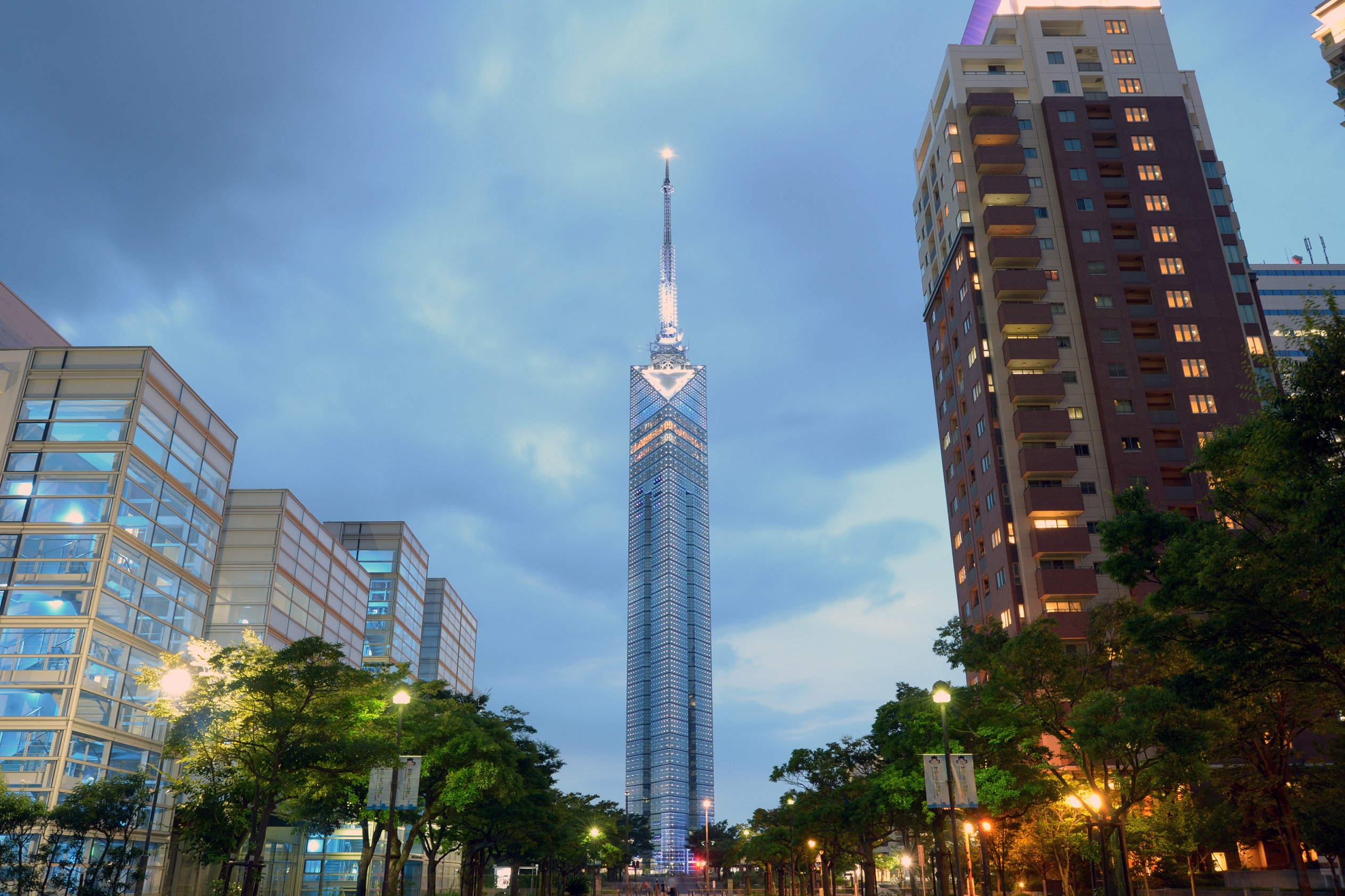 Otherwise, go to Fukuoka Tower for sweeping 360-degree views of the city, Hakata Bay and beyond. Nicknamed the Mirror Sail, it is the tallest seaside tower in Japan (234m) and has three observation decks located on the third, fourth, and fifth floor. It is best to visit the tower just before sunset to witness the moments when the daylight is replaced by glittering city lights.

You can reach Fukuoka Tower by taking a Nishitetsu bus from Hakata Station to Fukuoka Tower Minamiguchi stop. This is where the popular Momochi Seaside Park is, walk for 2 minutes to the tower.