Flavours of the Southern Islands: Must-Try Foods in Okinawa

Scuba Diving Spots for Divers to Dive In No ratings yet. 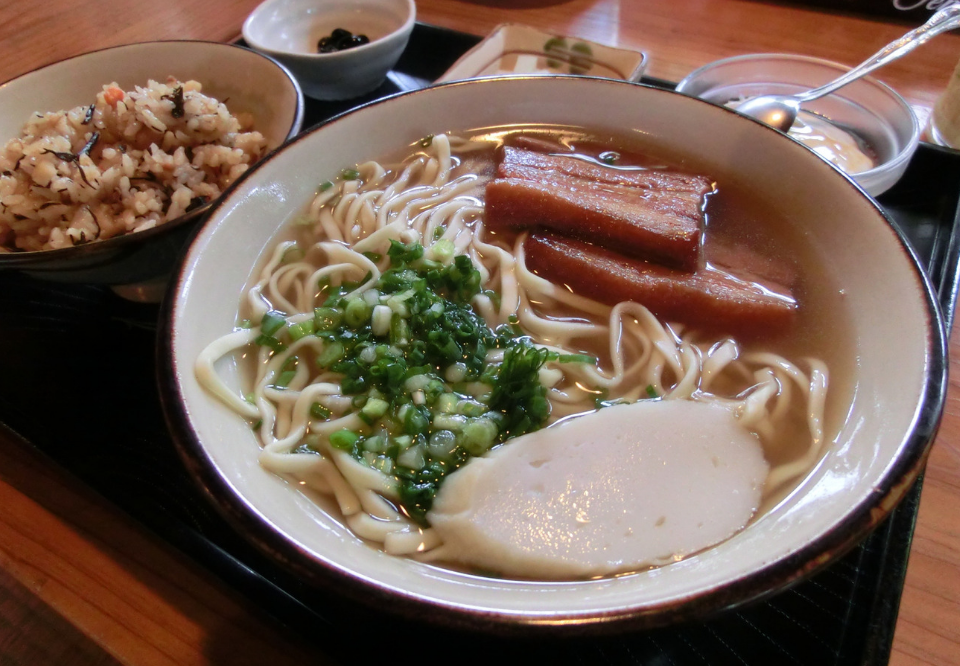 Okinawa, the southernmost prefecture of Japan, has been one of the country’s top destinations known for its gorgeous beaches and islands, mild subtropical climate, and attractions like Shuri Castle and Churaumi Aquarium.

It is also a foodie’s paradise with mouthwatering local cuisine that is vastly different from the Japanese food we usually know. Just like the culture of Okinawa, Okinawan cuisine reflects the influences of many cultures, mainly China, Southeast Asia, Japan, and the US, due to its location and unique history.

Here is a list of foods and drinks to try when you are visiting Okinawa. The list goes on but these are some of the popular ones! 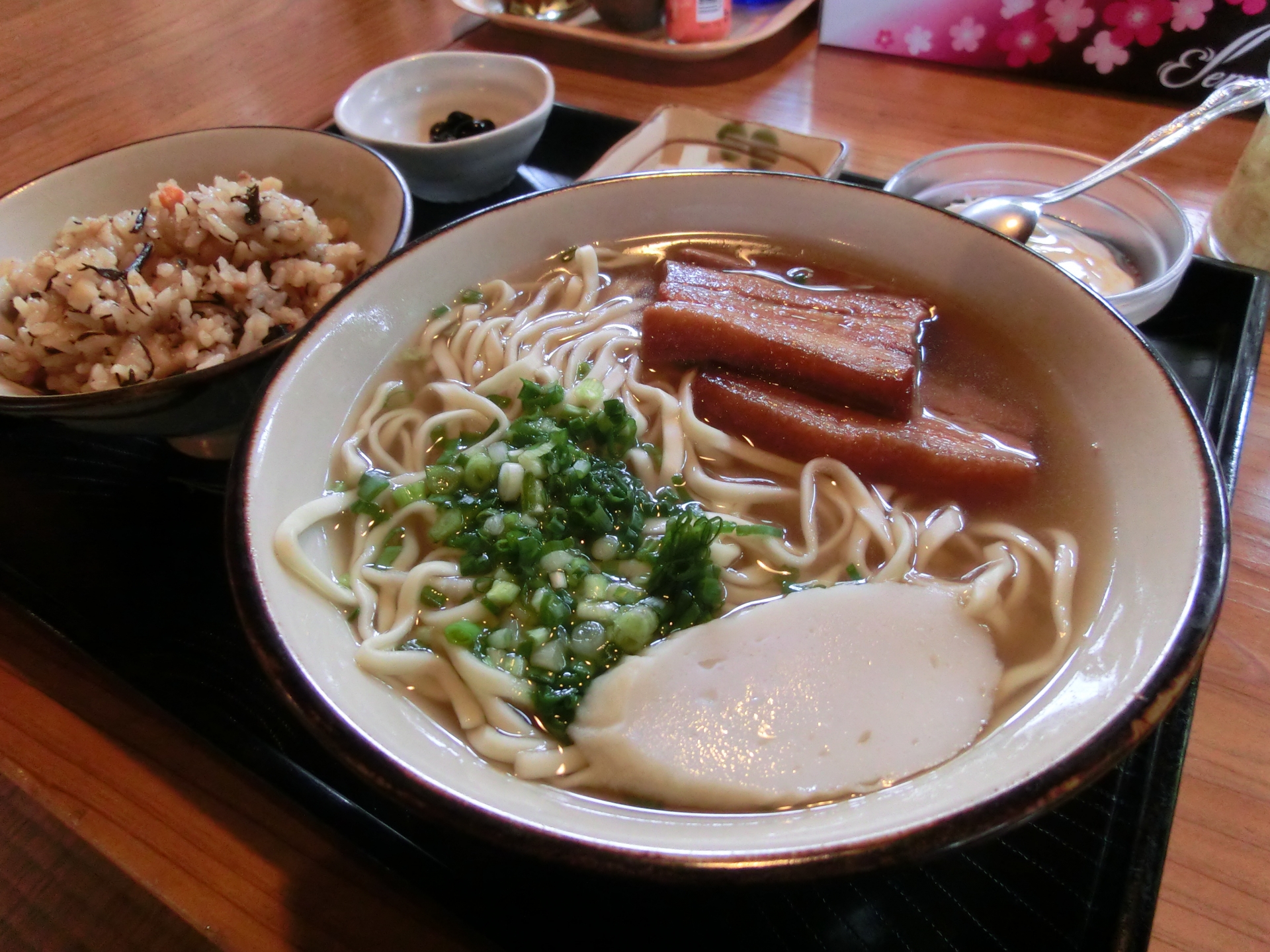 Despite the word “soba”, Okinawa soba is totally different from Japan mainland’s soba noodles, as it is made from wheat flour and contains no buckwheat. Springy and chewy, it is served in a broth of pork, bonito and kombu, topped with braised pork belly (rafute) or ribs (soki), fish cake, and then finished with red pickled ginger and scallions. It is Okinawa’s soul food which you can find throughout the islands.

This is actually Okinawa’s take on takikomi gohan, a savoury rice dish cooked with meat and vegetables. It is often served as a side dish in an Okinawa soba set meal. The common ingredients for jushi are pork, seaweed, carrot and mushrooms, though some recipes also use mugwort leaves and taro yam. 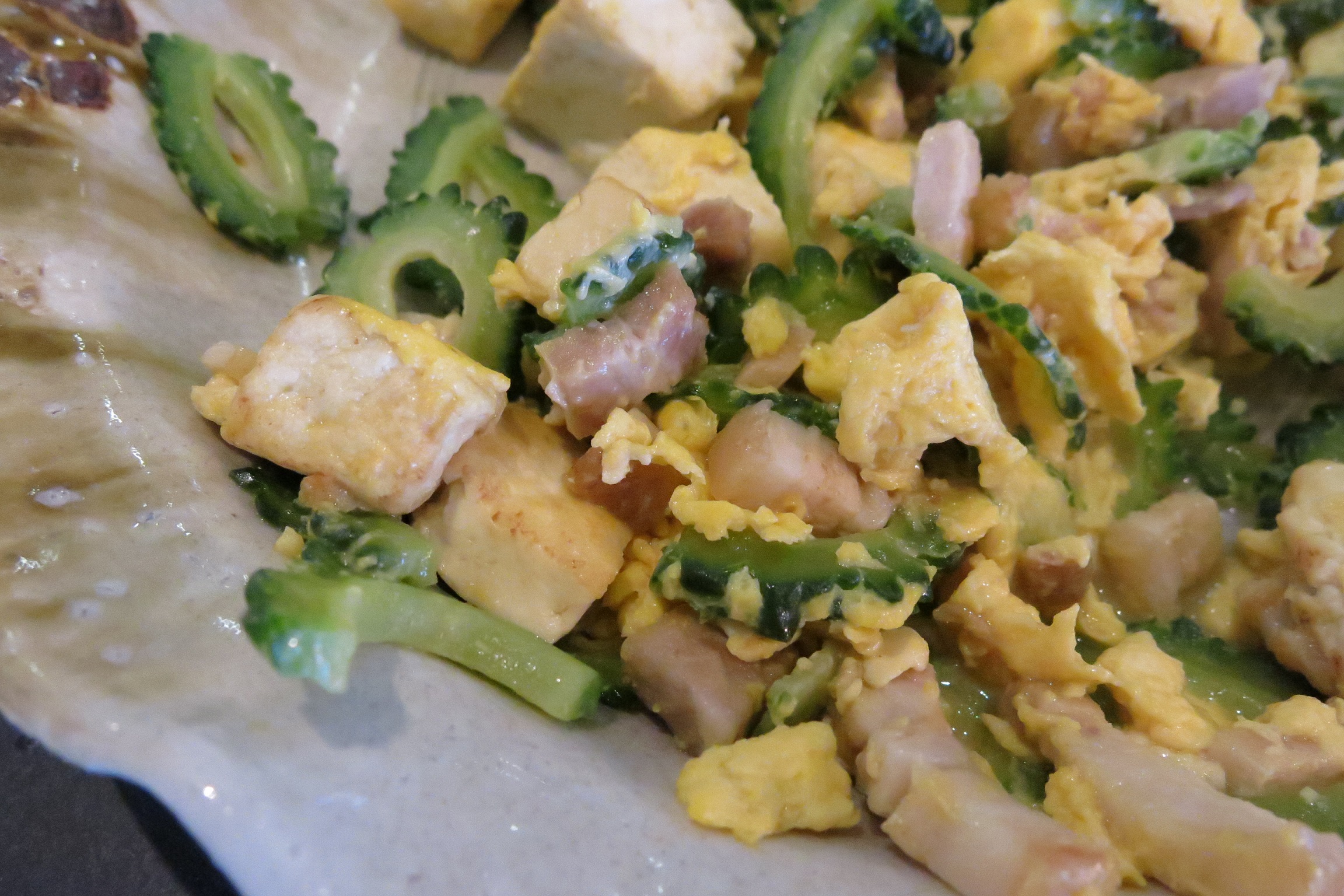 Champuru refers to stir-fry dishes that consist of vegetables, tofu, and meat. If you wonder, the word actually originates from a Malay-Indo language word “campur” which means “to mix”. The dish comes in a number of variations, but the most popular version is goya champuru which is bitter gourd stir fry with tofu, eggs, pork or Spam (luncheon meat). You can easily find this flavourful yet addictive dish at numerous restaurants across Okinawa.

Taco fillings (spicy ground beef, lettuce, cheese etc.) with rice instead of taco shells, taco rice is a Western-Asian hybrid dish that is born of the American military presence in Okinawa and has since become an integral part of Okinawa’s food culture. If originality is what you after, go to King Tacos in the town of Kin, which is said to be the birthplace of taco rice. 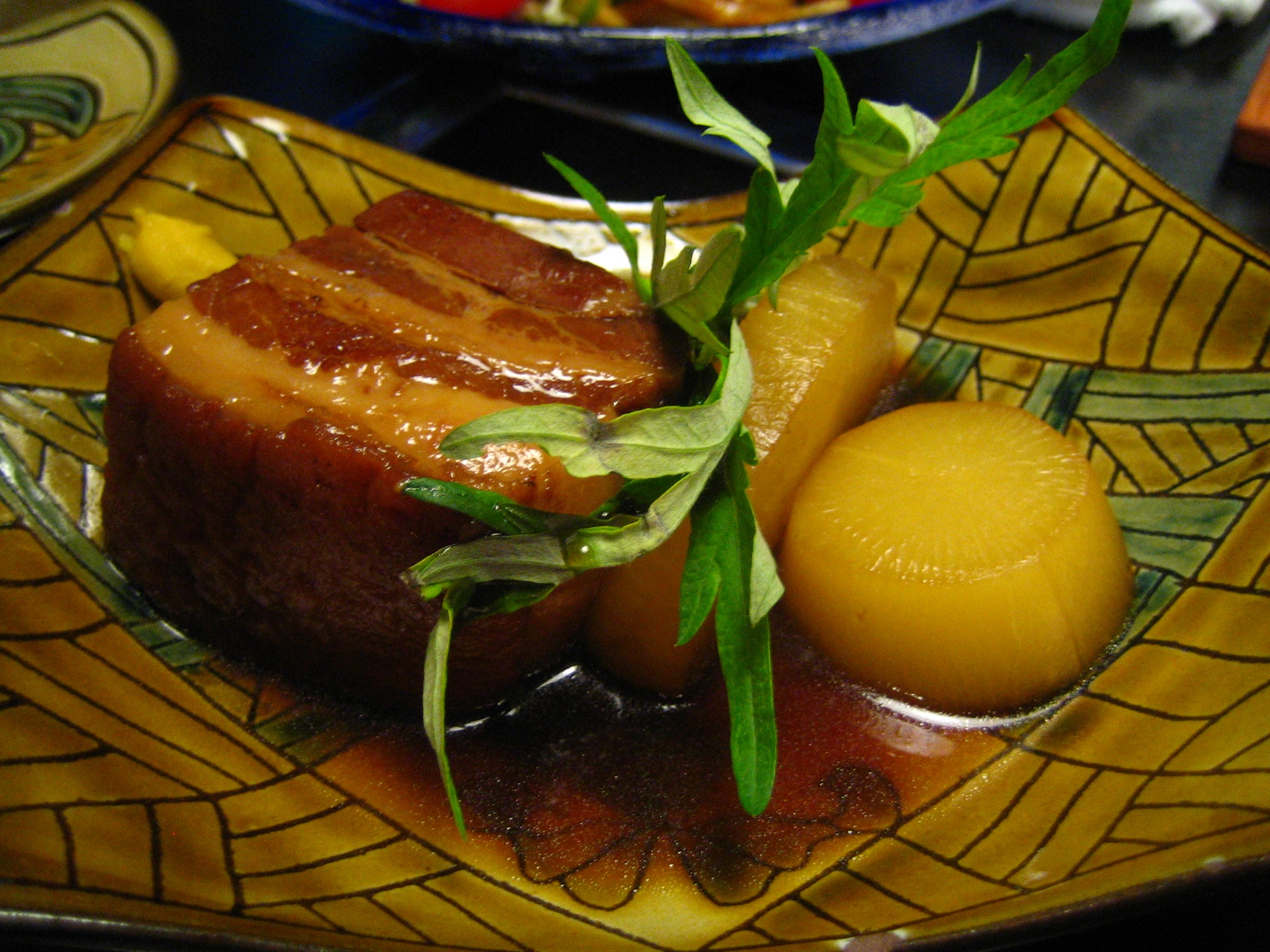 A traditional dish made by simmering pork belly with soy sauce, miso, awamori (a local distilled spirit), and Okinawan black sugar. Tender, sweet and savoury, rafute has been a popular dish since ancient times because it is easy to preserve and does not go bad easily. It is often eaten as a side dish or used as a topping for Okinawa soba.

Despite the name “tofu”, it is not made from soybeans, but from peanuts and potato starch. Silky smooth, slightly sweet and chewy, it is more like a peanut pudding than anything else. Available at restaurants and local grocery stores, it can be eaten as a savoury dish with soy sauce and grated ginger or wasabi, or as a dessert with brown sugar or sweet soy sauce syrup. 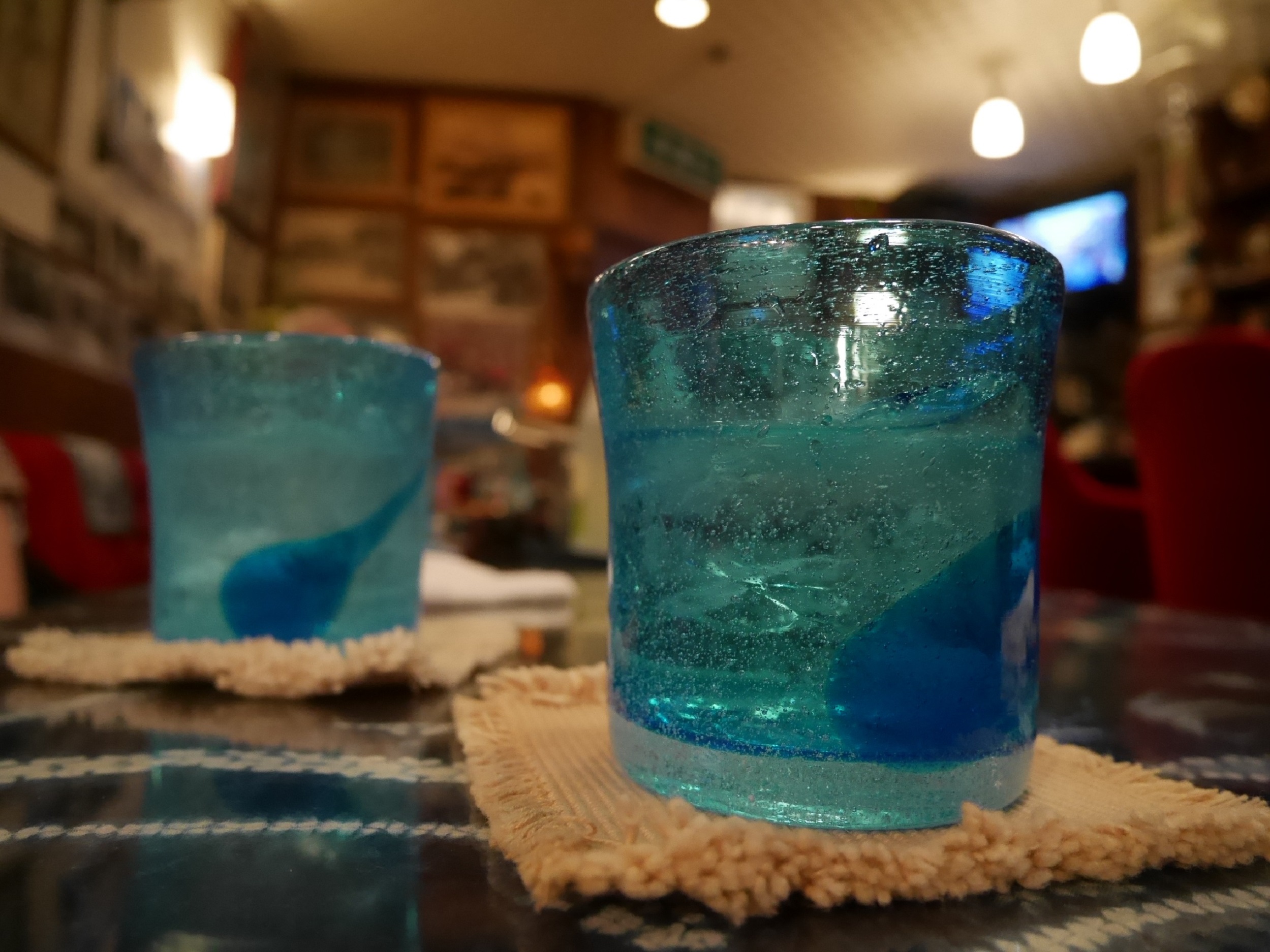 This strong distilled spirit is a bit similar to sochu except it is made from Thai long-grain rice and black koji mould indigenous to Okinawa, as opposed to the usual Japanese short-grain rice and white or yellow koji mould. There are many ways to enjoy this Okinawan speciality – with ice and water, on the rocks, mixed with fruit juice or soda, or made into cocktails.

For those who don’t take alcohol, how about trying some shikwasa juice? Shikwasa is a type of citrus fruit native to Taiwan and Okinawa. Not unlike calamansi, these little fruits have the strong citrus note and rich in vitamin C. Available canned and bottled, you can find this refreshing thirst quencher at restaurants and convenience stores in Okinawa. 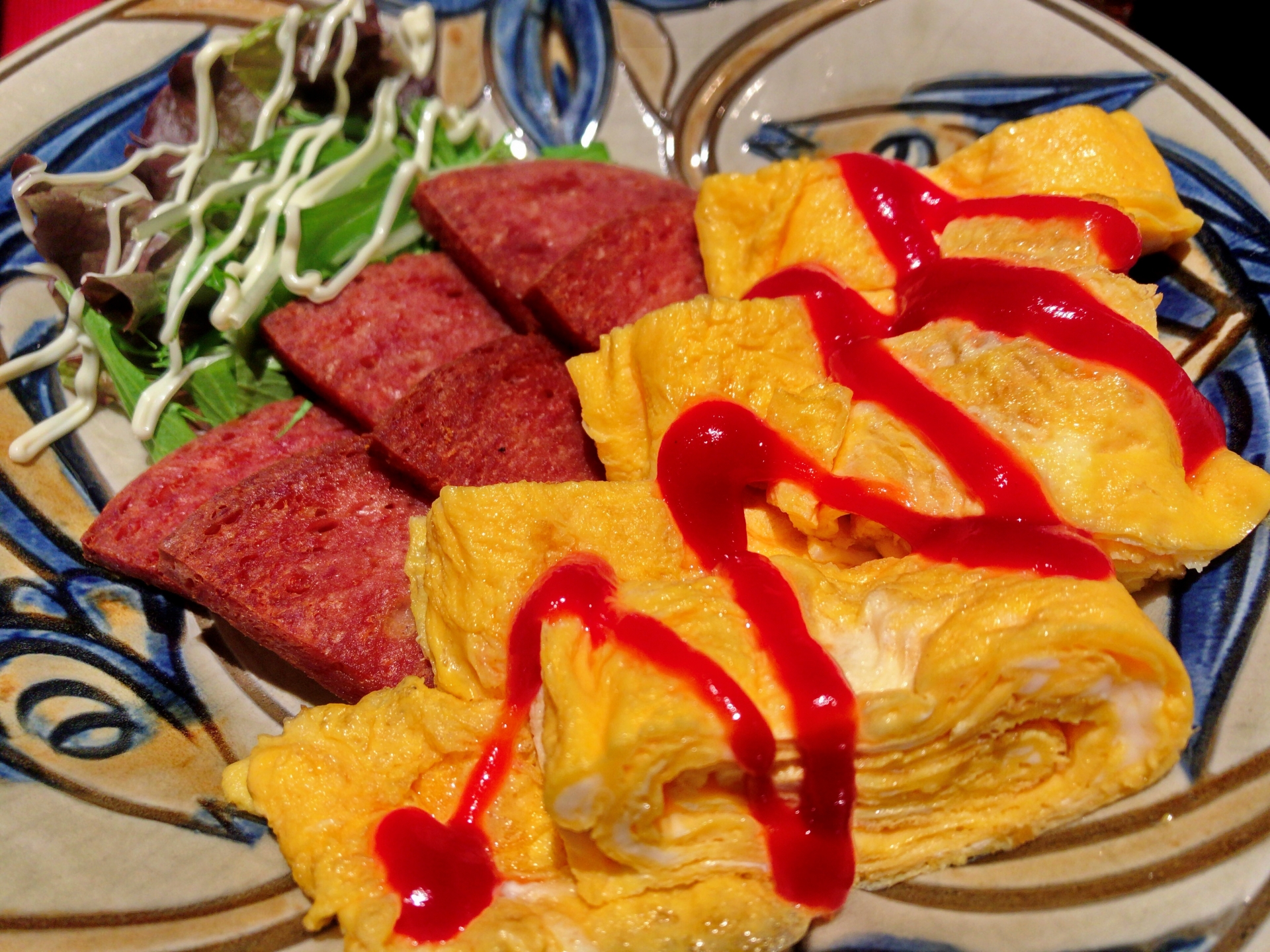 Another dish with American influence, featuring pan-fried Spam and omelette (hence the name “pork and egg”). It is commonly served together with rice and soup as a set meal in eateries across Okinawa. It can also be made into rice ball, called poku tamago onigiri, it is a popular snack you can find at any convenience stores in Okinawa.

For beer lovers, you might want to try Okinawa’s very own Orion beer. It is one of Japan’s major beer makers alongside Asahi, Kirin, Suntory, and Sapporo. While being the most common beer brand in Okinawa, it is not that widely sold outside of the islands. 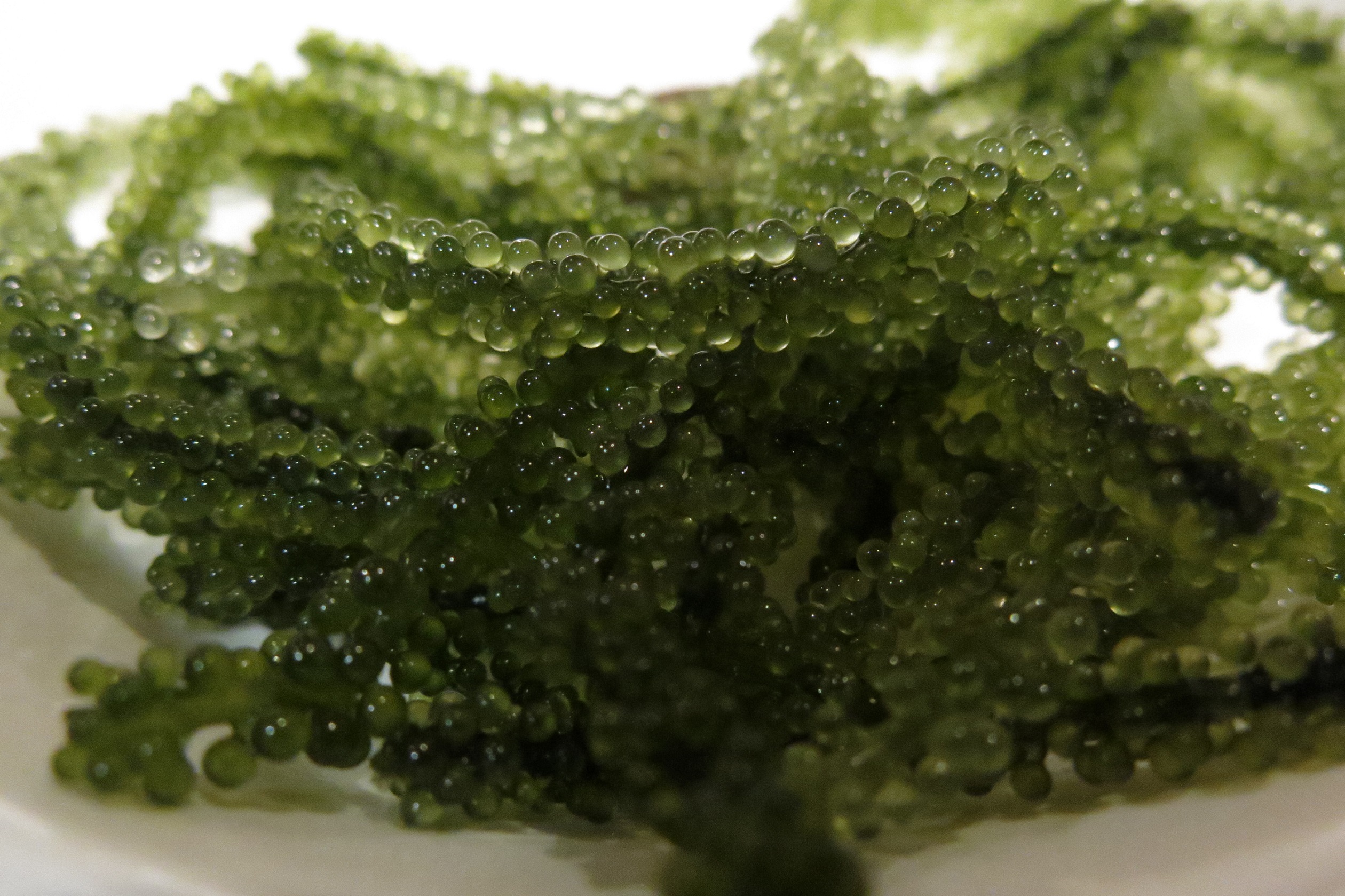 Also known as “sea grapes” or “green caviar”, these seaweed clusters pop in your mouth like tiny bubbles – not only fun to eat, they are highly nutritious too! It is often eaten raw with ponzu sauce or vinegar and soy sauce or used as a topping for sushi and seafood rice bowls.

Good burger shops are plenty in Okinawa, serving the gooey cheese and juicy meat patty combo (and avocado too!) not only to American military personnel craving for a taste of home but also to the locals and tourists from all over. Gordie’s, Zooton’s and Captain Kangaroo are the famous names but there are also many other shops that offer equally lip-smacking burgers, a little search on the Internet ought to do the trick! 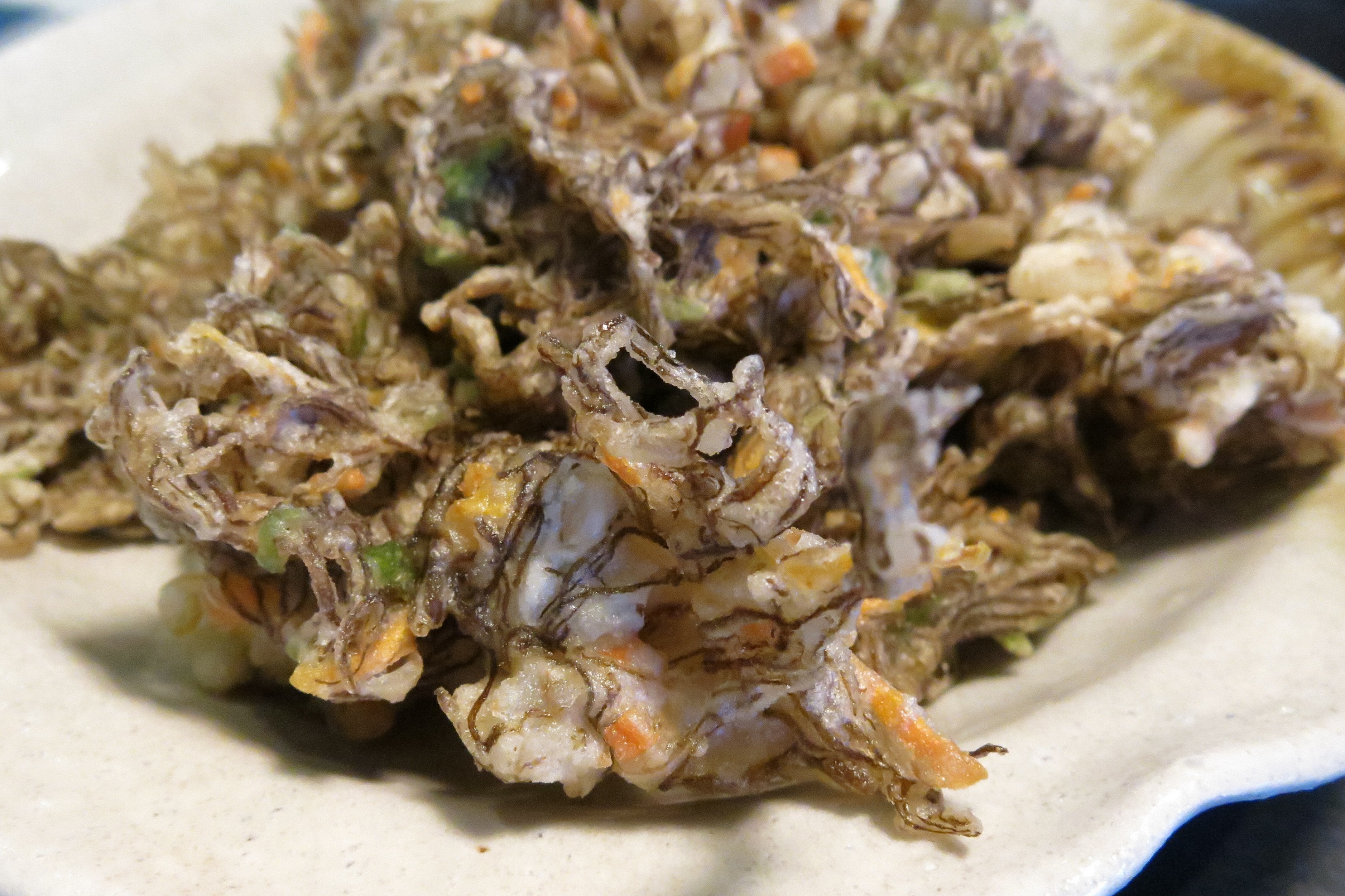 People in Okinawa love deep fried foods as much as their mainland counterparts do, but what makes the tempura here unique is the use of ingredients. Unlike the usual eggplant and mushrooms, expect to see tempura that is made with goya, purple sweet potato, and seaweed. Be sure to try deep fried gurukun fish, a staple in Okinawan home cooking, as well as sunui tempura, made with an interesting kind of seaweed called mozuku.

Characterised by a cracked surface, these Okinawan doughnuts are crunchy on the outside, soft and dense on the inside. It is made from flour, sugar and eggs, and comes with many flavours such as sesame, walnut and black sugar. Widely sold at roadside stalls, markets and festivals, they are especially tasty when fresh out of the fryer. 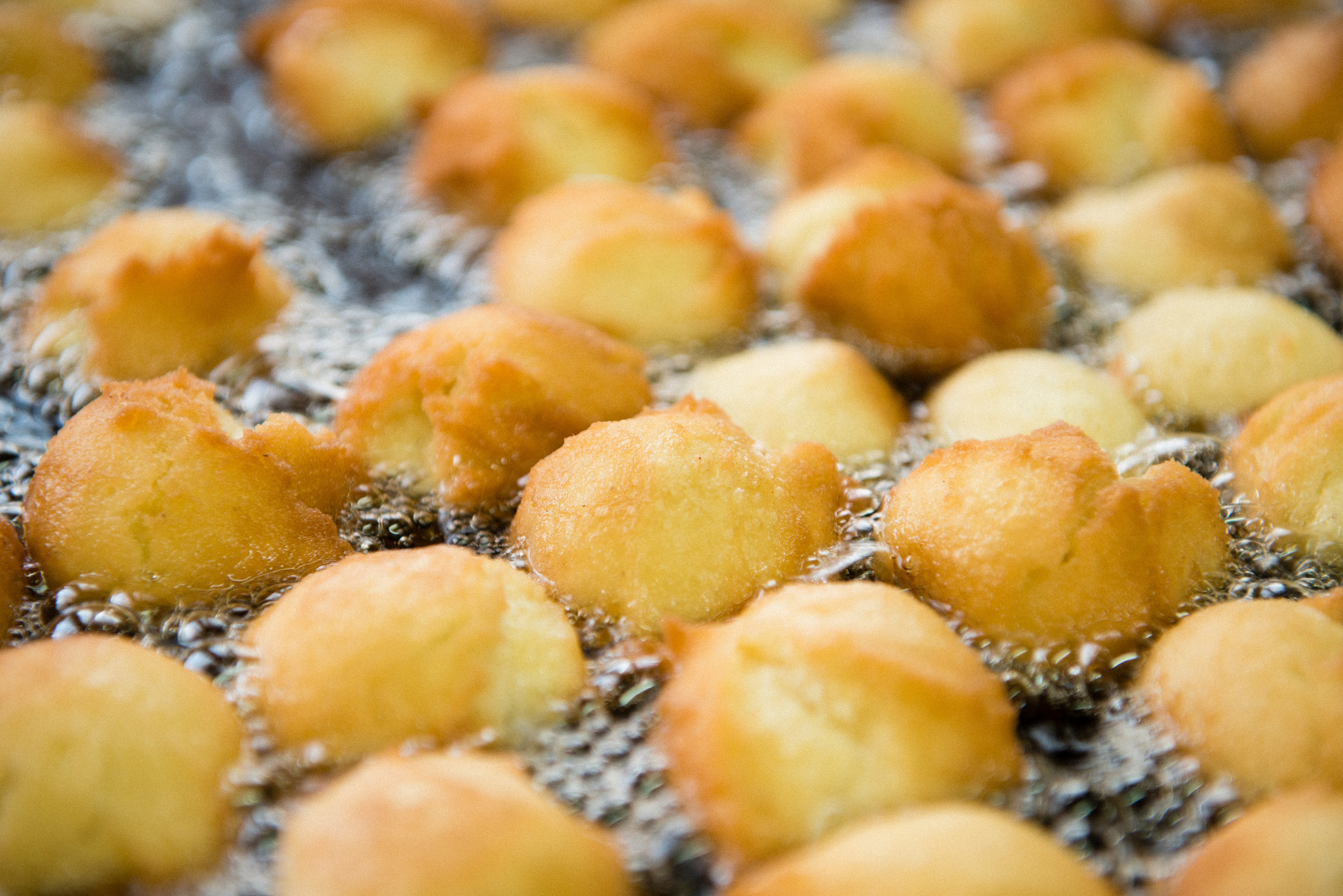