Exploring Wakkanai, the North Most City of Japan

A Day Trip to Spa Resort Hawaiians No ratings yet. 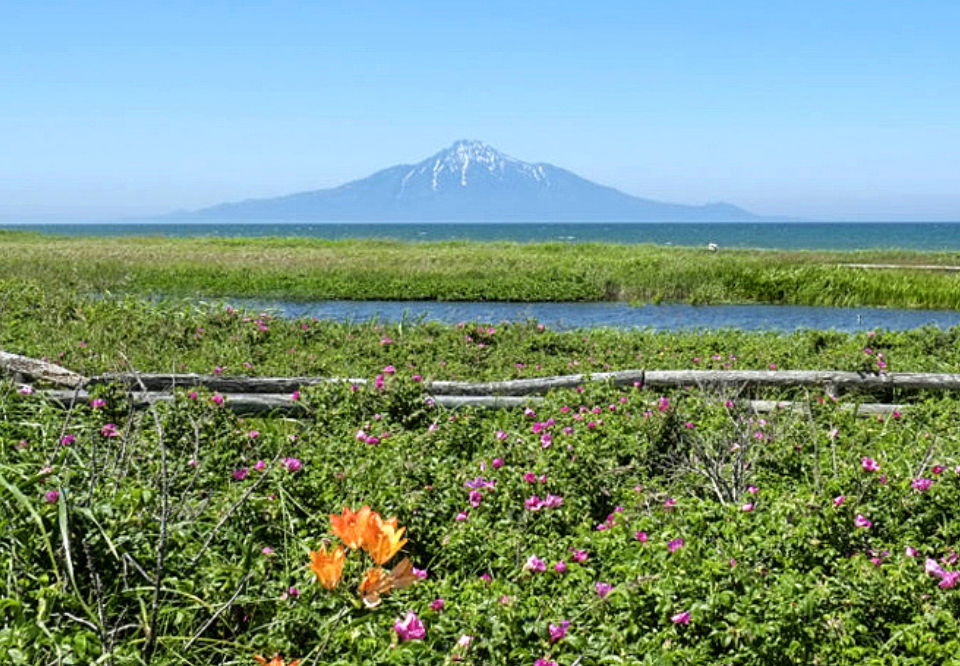 While most people have already been to Japan, namely the commercial places of Tokyo, Osaka, Kyoto, Nagoya or even Hokkaido, very few people have actually travelled out of the way to the northernmost part of Japan.

Welcome to Wakkanai, a city that sits in the northernmost part of Japan in the Soya sub-prefecture, and on the island of Hokkaido, and is home to the ethnic Ainu people of Japan.

What and Where is Wakkanai?

Wakkanai is located on the topmost part of Japan, which is very close to Russia.

A town has an estimated population of around 50,000 people, which was founded in 1879. Then, after the Second World War in 1949, Wakkanai became an official city. The city is so close to Russia that it is only 43 kilometres to Sakhalin Island, one of the easternmost islands of Russia.

One of the beautiful monuments by the sea in Wakkanai. Photo Wikipedia. CC2.0.

What To Do In Wakkanai?

Due to the obscurity of this destination, not many people have been here to talk about this place, and you will be surprised to find that there are in fact a number of interesting things to do here. First of all, if you are expecting another Sapporo, Tokyo or Osaka, sorry to disappoint you but this place is truly off-the-beaten-path with a lot of outdoors and nature to experience. 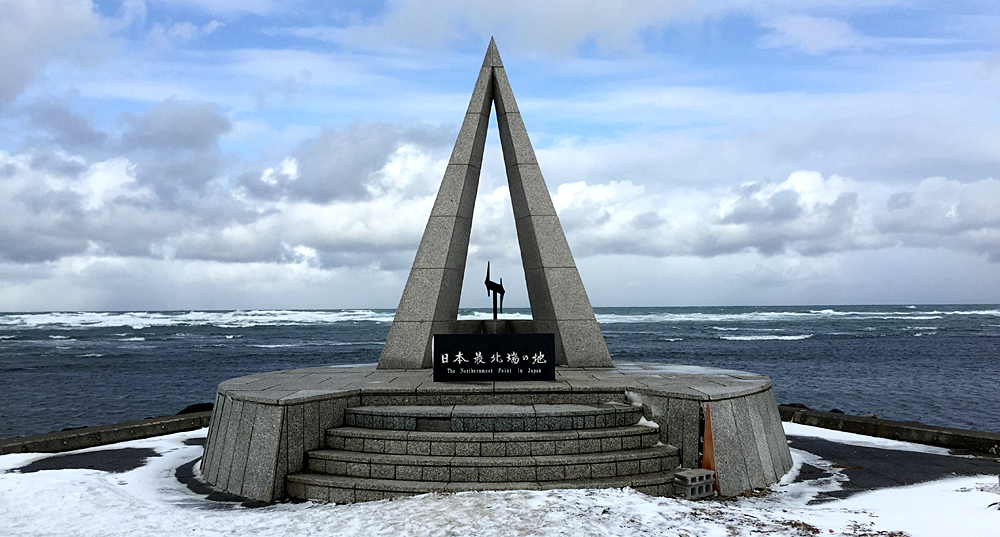 The monument at Cape Soya. Photo Bryansjs on Flickr CC 2.0.

This is the northernmost point of Wakkanai, where a special monument was erected to highlight this part of Japan. The monument lies around 30 kilometres from Wakkanai City and can be done on a couple of hours trip. Around Cape Soya, there is also a famous statue of Mamiya Rinzo, who is a Japanese explorer from the Edo period. And an old Naval Watchtower from the Second World War is worth a photograph. Overall, Cape Soya is the number one tourist site in Wakkanai.

2. Shop at the Wakkanai Port Market

A commercial and very local market located at the Wakkanai Port is one of the best places to explore for some shopping or souvenir buying. It is a semi-modern concept market where they have made it a hybrid mall-market which is an indoor style market. This makes it easy to visit anytime, and the place opens from 8.00 AM to 8.00 PM.

You will find a nice and interesting selection of shops selling souvenirs, groceries, and various other items. The highlight is the various restaurants here, where there are a couple of Russian restaurants, due to the close proximity of Wakkanai to Russia.

For nature and landscape lovers, the Rishiri-Rebun-Sarobetsu National Park is the place to visit. It is actually two islands called Rishiri Island and Rebun Island, which is a popular day trip excursion destination in Wakkanai.

Visitors come here for the stunning scenery, trekking and hiking activities, and Rishiri is the larger island which is a volcano island that is 1,719 meters above sea level. The other island called Rebun also has a smaller mountain at 490 meters and is suitable for beginners.

Both islands have towns, roads and a bus service, which means that you can utilize public transport on either island to move around. There are also bicycle rentals for those who want to explore via cycling. For the serious adventurer, there are hostels and lodges available to spend a few days here. To get here, the only way is by taking the local ferry from Wakkanai Harbour.

The stunning scenery as you self drive to Soya Hills in Wakkanai. Photo Wikipedia. CC2.0.

4. Visit Soya Hills in the Summer

For those who love scenic landscapes, Soya Hills, which is quite near to Cape Soya is the place to visit, and best in the summer. The stunning green grassy landscape will make you feel as if you are in New Zealand, and not only that, if you travel around, you may even chance upon the rare Soya Black Cattle that are found here.

At certain areas, you will also encounter about 60 large wind turbines that provide electricity, and places like these provide excellent photo opportunities. The best way to explore this part is by renting a car and self-driving around Cape Soya and then to Soya Hills. 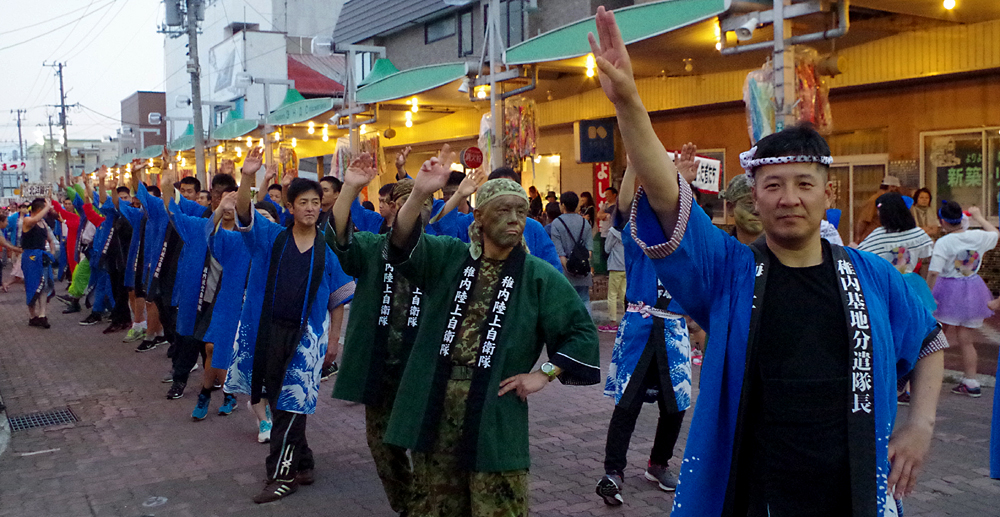 As mentioned, it is best to visit Wakkanai during the summertime, and one of the very interesting festivals to catch is no other than the Wakkanai Minato Antarctic Festival. Usually, the festival takes place in the first week of August, and the dates then to move around yearly.

This is also a two-day festival where song and dance are observed, and on the first day in the evening, you can catch the local dancers in traditional costumes parade along the main streets of Wakkanai by the Breakwater Dome in the city.

The second day continues with more performances and ends with a magnificent fireworks show at night. This is probably the largest festival which is held in Wakkanai and is not to be missed for anyone visiting in the summer.

The unique Dog Sled Race that is held in February at Wakkanai.

6. Catch the Japanese Dogsled Race at the Wakkanai Airport Park

In February, the yearly dog sled race is held at the airport park, and visitors come from as far as Hokkaido to witness this unique dog race in the snow. Not many people will travel during the peak of winter, but if somehow you are visiting Wakkanai in February, be sure to ask about this unique race.

7. Go for a Seafood and Local Japanese Food Feast

Without fail, any visit to Japan must involve some form of seafood, and over in Wakkanai, the freshest seafood can be found here due to its location in the northernmost part of the entire island. Because Wakkanai is a port city, you are assured of some of the best and freshest seafood you can experience.

Various restaurants and Izakaya around the port area are found, and these are the best places to try the Wakkanai seafood. I have to say that the crabs are the number one choice for any visitors here, but if crabs are not your thing, worry not as there are many other choices of seafood, beef, ramen, sushi and so on available. You may even chance upon a local Russian restaurant while you explore the area.

The beautiful view from Wakkanai Park.

For nature and outdoor lovers, a visit to Wakkanai Park is a must-do when you are here. The park is actually located on a hillside, and one of the highlights is to see the spectacular view of Wakkanai city from up above. This is one of the beautiful photography spots and best done in the mornings.

In the summer, if you are lucky, you may even see some wildlife like deer and squirrels running around. Around the park, there are also numerous landmarks, information boards and viewpoints, and if you come in late March or early April, be prepared to indulge yourself with the stunning cherry blossom trees here.

The Riyu Harbour Onsen, a unique place for a hot spring.

Are There Any Onsen In Wakkanai?

Without fail, there will always be an onsen anywhere in Japan, and in Wakkanai, there are also two popular and famous ones found here. Also, the Onsen is known as Domu in Wakkanai. For those who love the Japanese hot spring experience, head to some of the Wakkanai Onsen below;

Wakkanai Onsen – One of the most popular and largest onsens in Wakkanai, and only 7 kilometres from the city centre. There are outdoor and indoor pools, and the price is around ¥600 per person.

Riyu Harbour Onsen – Noted as the most luxurious onsen in Wakkanai that offers some breath-taking views of the scenery here, the Riyu Onsen is found near the Wakkanai Port. Prices start from around ¥1000 per person.

When is the Best Time to visit Wakkanai?

Honestly, if you dislike the cold or deep winters, go during the peak of summer. And if you are not fussy, anytime is a great time to visit Wakkanai.

However, due to tourism nature, most travellers would want to maximize their visit, hence anytime during the summer is a good time to visit. This way, you will not have to worry about the cold, or how much of the extra layers of clothing you should bring.

Summer in Wakkanai is a great way to move around the place, as the green scenery can be tantalizing to many. Also, Wakkanai is known to have some of the shortest summers in all of Japan so August would be the best month to visit here.

I would personally recommend renting a car and exploring the city and its surrounding via self-driving. This way, you can visit multiple places and take your time to do so. Tours can be expensive at this part of Japan, hence it would be good to get your international driving license for places like these. 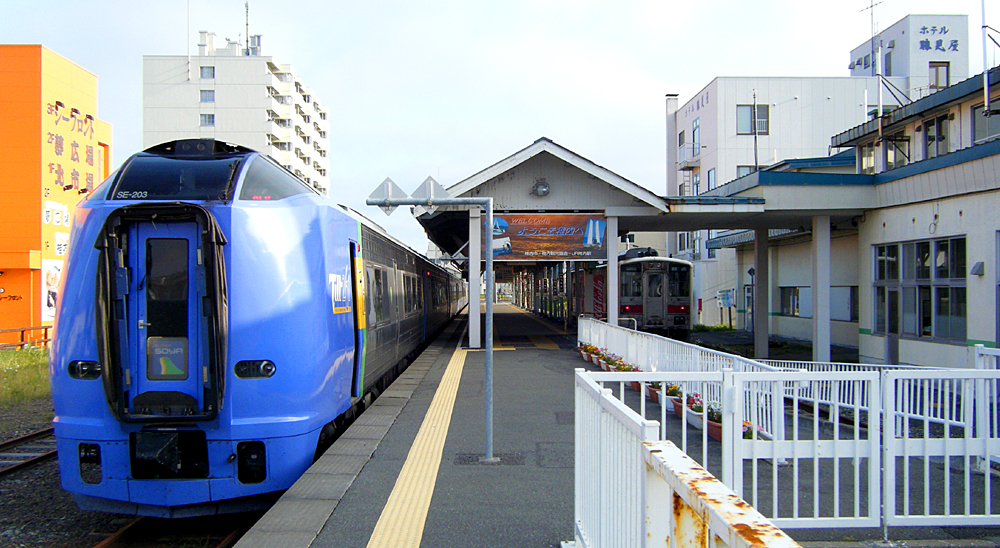 How To Go To Wakkanai?

For those who want quick access, there is an airport called the Wakkanai Airport, which is serviced by the local Japanese airlines. This would be the fastest and easiest ways to get here.

Train travel to Wakkanai is the most common way that many people use, as the scenic journey here is somewhat spectacular and noted to be one of the best in Japan. There is also one train service, which is operated by JR Hokkaido and uses a diesel train that operates on the Soya Main Line.

For anyone wanting to visit Wakkanai, I would strongly recommend taking the train journey here and back, as it is probably one of the best experiences in Japan you can have.

And one more option would be by taking the local Japanese express buses. A company named Soya Bus operates daily services between Sapporo and Wakkanai, which is a six-hour journey and cost around ¥6000 one way. This would also be another way to take your time and enjoy the journey there. I would probably recommend taking the train to Wakkanai and then taking the bus back to Sapporo.