Exploring The Saga Prefecture, Just Next To Fukuoka

Keep Calm and Go Forest Bathing No ratings yet.

Shop at Tokyo’s Best Christmas Markets No ratings yet. 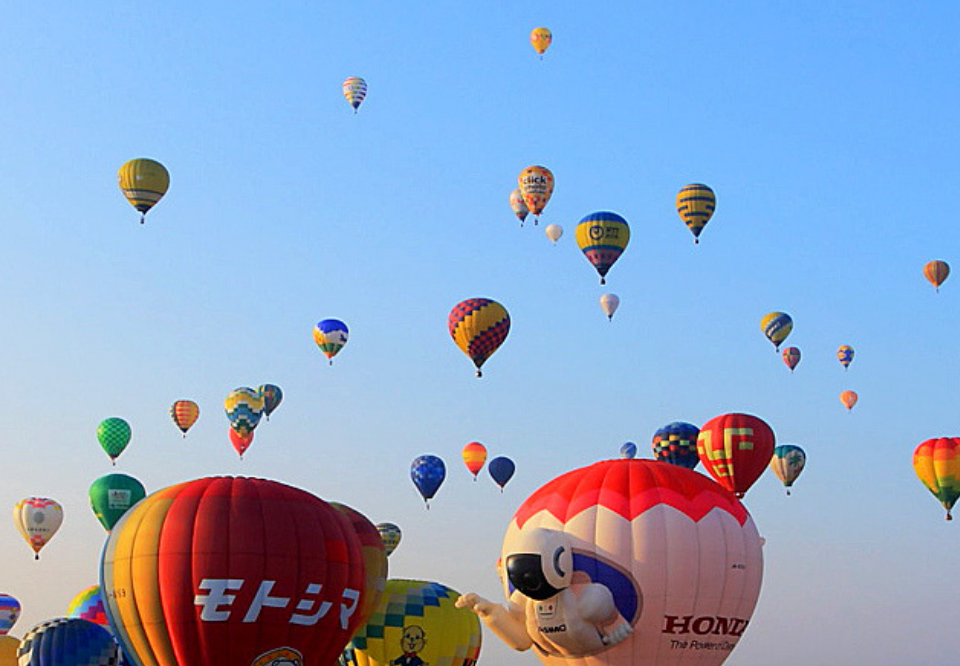 Exploring The Saga Prefecture, Just Next To Fukuoka
No ratings yet.
Tags: accommodation • festivals • food and beverages • kyushu • saga • transportation •

With AirAsia opening up a new route into Japan in November 2018, travellers can now fly directly into Fukuoka and explore Kyushu Island. One of the historically rich areas here is no other than the Saga Prefecture, which is only a one hour drive from Fukuoka.

So, for new travellers or even repeat travellers to Japan, this part would be something totally different from the general Japan that most people are used to. In this article, I will share with you what are the best places to visit in Saga, together with some other vital information for you. 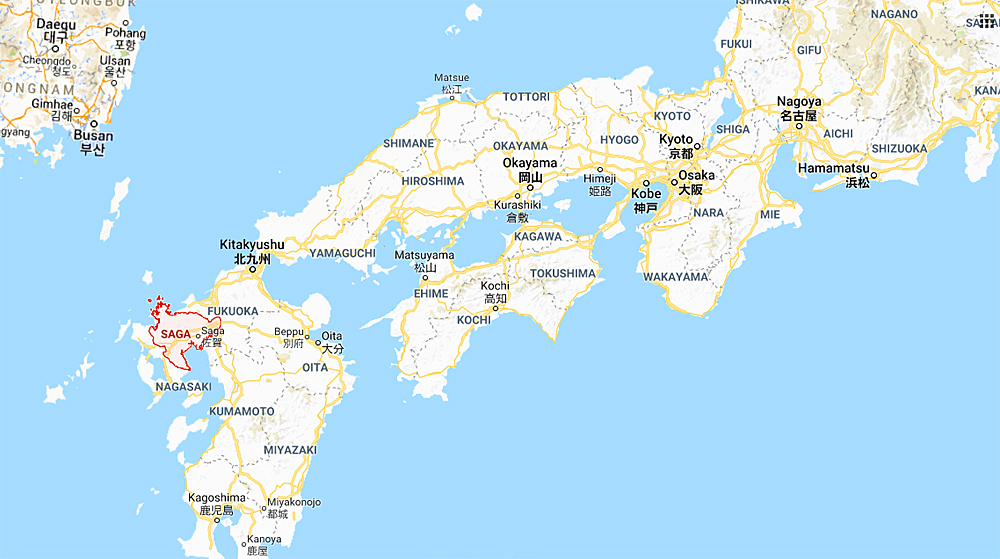 Map of Saga Prefecture in Japan.

Where Is Saga Prefecture?

Saga Prefecture is located in the North West part of Kyushu Island, the third largest island of four that make up Japan. Kyushu Island is also the lowest island, closest to South Korea and is easily accessible by flights, trains or road from all over Japan.

What Is Famous In Saga Prefecture?

Without doubt, the most popular and famous attraction in Saga is the Karatsu Castle, which is one of the national treasures of Japan. Anyone visiting this part of Japan will surely take time to visit this beautiful castle that was built in the early 1600’s. The castle also underwent a massive makeover in 1966, and looks fabulous till this very day.

Another popular tourist destination in Saga is also the Yutoko Inari Shrine, which is noted to be one of Japan’s three largest Inari shrines. This Japanese shrine is most popular during the first few weeks of January where you will see thousands of worshippers coming here. 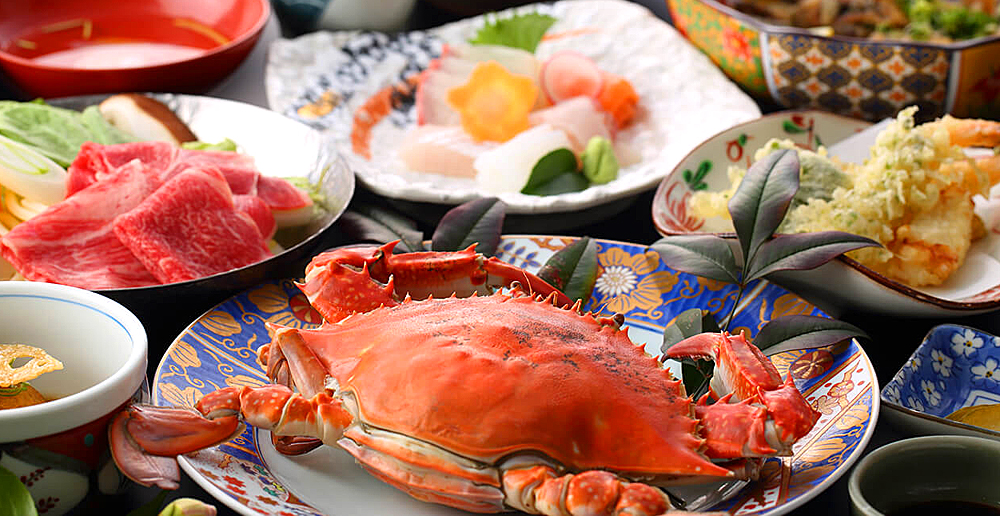 What To Eat In Saga Prefecture?

Food is always an important part of anyone’s travels, and when it comes to Japan, we all know that ramen and sushi is on top of the menu. Here in Saga Prefecture, be prepared to be introduced to a whole new Japanese menu, and below are some of the most popular dishes found here.

Saga Beef – Japanese beef is probably the most renowned in the world where many know of the famous Wagyu and Kobe beef. But here is Saga Prefecture, they have their own special beef called Saga Beef or Saga Gyu. They are also ranked under the category of A4 to A5, which is considered to be on top of the premium beef cuts. The best way to enjoy the Saga Beef is by sushi, grilled, shabu shabu or simply as a yakiniku dish.

Kakinoha Sushi – For sushi lovers, this has to be on the must-try list. Imagine Japanese sushi that is wrapped with a persimmon leaf. Yes, this local favourite can be found at a number of sushi restaurants around Saga Prefecture.

Kuri Okowa – Come autumn season, the Japanese chestnuts are harvested and a very local and popular dish is the local Japanese sticky rice with boiled chestnuts are in demand. This simple dish is best tried as a starter, just to experience the uniqueness of it. Look for this dish from various restaurants during the autumn season here.

Hizen Chagayu – A special rice tea porridge that is a breakfast special for the locals of the Saga Prefecture. Yes, you read correctly – Tea Porridge, where powdered tea is boiled with Japanese rice in a clay pot, and garnished with pickles, some salt and pepper.

Dagojiru – This dish is a very local home cooked dish that has become popular, restaurants now serve this as part of the menu. Dagojiru is actually Japanese Miso soup, but served with wheat flour dumplings, and a healthy portion of local vegetables mixed into this one dish. The more creative dishes include local Konjac noodles into the miso. It is also known to be a popular winter warmer during the cold months of December and January.

Takezaki Crabs – For the seafood lovers, who does not want to experience the freshest Japanese crabs when you are in Japan? Here in the Saga Prefecture, they are well known for the Takezaki Crabs, which are best eaten boiled. These crabs are caught off the coast of Tara, which is located in the western part of Saga, and by the Ariake Sea.

Yobuko Squid – These Japanese squid are well known in Saga for their unique freshness and sweetness, and are caught from the Genkai Sea in the north west of the prefecture. They are semi-seasonal, but at most times, selected restaurants in the Yobuko city area. The best place to find the Yobuko Squid is also around the Yobuko Market area.

What Are The Popular Festivals In Saga Prefecture?

For anyone travelling on certain months throughout the year, you should also take note of some of the interesting festivals that take place around the Saga Prefecture.

You may be in luck and have the opportunity to witness some of the more unique events during your stay here. Below are some of the renowned festivals happening in the Saga Prefecture. 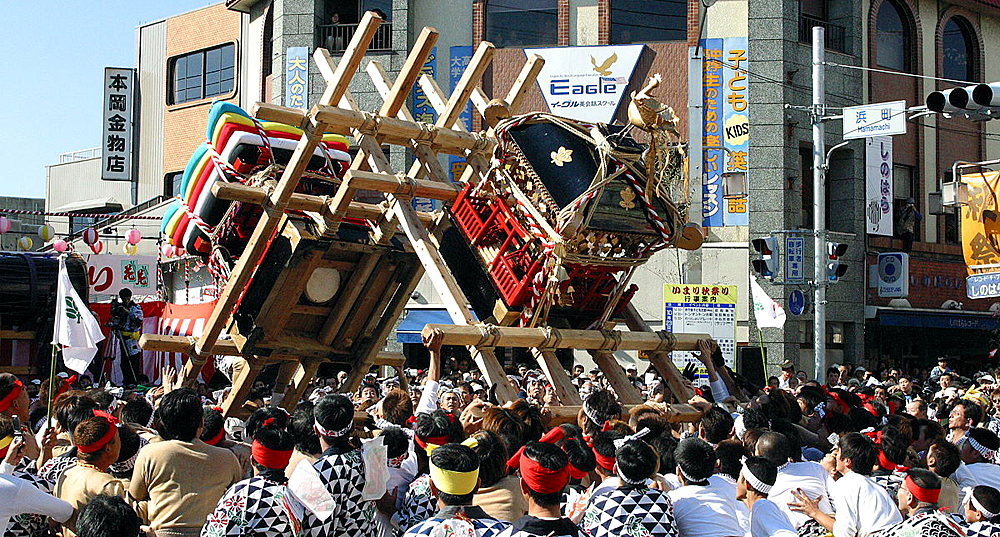 Imari Ton-Ten-Ton Festival – This special and unique fighting festival is noted as one of the three biggest fighting festivals in Japan. The festival takes place for three days at the end of every October, and is held in Imari City.

Karatsu Kunchi – The largest festival in Saga, where 14 massive floats resembling samurai helmets, dragons and other interesting mythical characters will be paraded on the streets here. This must-attend festival takes place every 2nd to 4th November, and attracts over 500,000 people.

Saga International Balloon Fiesta – For hot air balloon fans, this is something you may not want to miss as the event is held in the beginning of November on a yearly basis. The event sees many international participants who bring their unique hot air balloons from all over the world. The Saga Balloon Fiesta also takes place along the Kase River, which is located just outside of Saga City.

There are of course many other popular localised festivals that take place throughout the year, but the main festivals tend to take place in the month of November. This means, November is one of the best times to visit the Saga Prefecture, especially if this is your first time coming here. 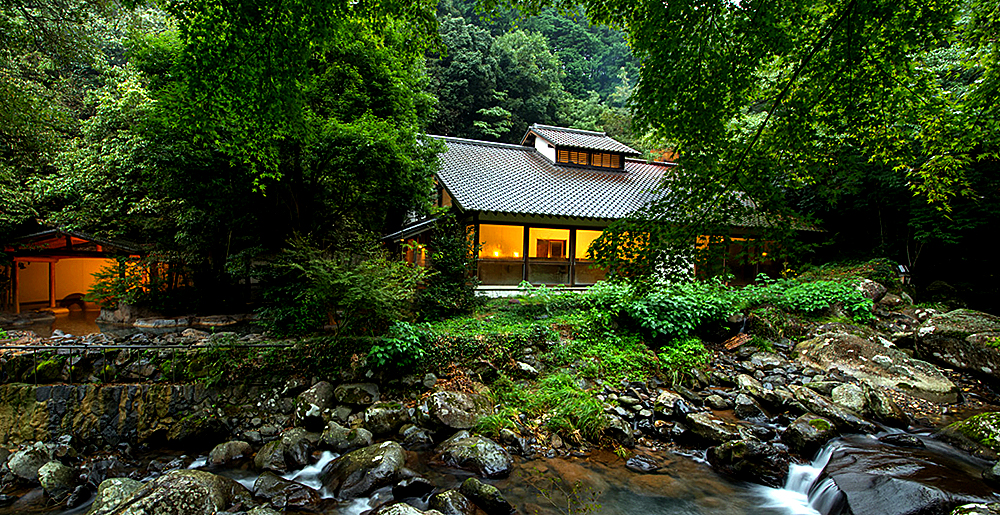 Onsen Ryokan and Resorts are popular places to stay at in Saga.

Where To Stay In Saga Prefecture?

As always, travellers need a place to stay, and at this part of Japan, you will have the opportunity to choose from various styles of accommodations here. However, there are some interesting places that any traveller should try when you visit the Saga Prefecture.

For the Budget Traveller – There are a number of Ryokan found all over the prefecture, and you can just choose the one you prefer, which is closest to the train stations. There are also some budget friendly hotels for the family travellers located in Saga City itself. One of them is the Comfort Hotel Saga, which is conveniently located one minute from the JR Saga Station. 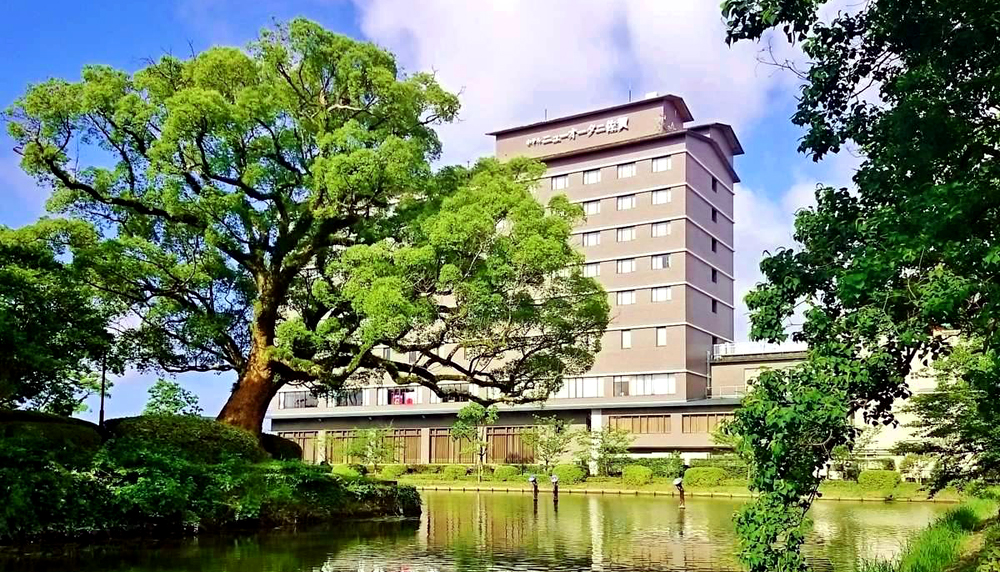 For the Budget Onsen Traveller – There are also many budget friendly Onsen hotels available and one of them is the Ureshino Onsen Kotobukiya Ryokan which is priced around ¥13,500 per person. The beauty about this hot spring Ryokan is that it is located in a non-touristy area, where you can experience the real Japanese town lifestyle.

For the Mid-Range Traveller – There are numerous mid-range hotels which range from two to four stars located all over Saga City. One of them is the Hotel New Otani Saga, which is a four star hotel and slightly on the upper mid range area, with full facilities and located within walking distance for many places.

For the Mid-Range Onsen Traveller – Try the Kakureisen Onsen in Saga, where the price is around ¥38,000 per room for a half boar experience here. This hotel style Onsen is also located about 33 kilometres from the Fukuoka Airport, and offers some nearby tourist attractions as well. 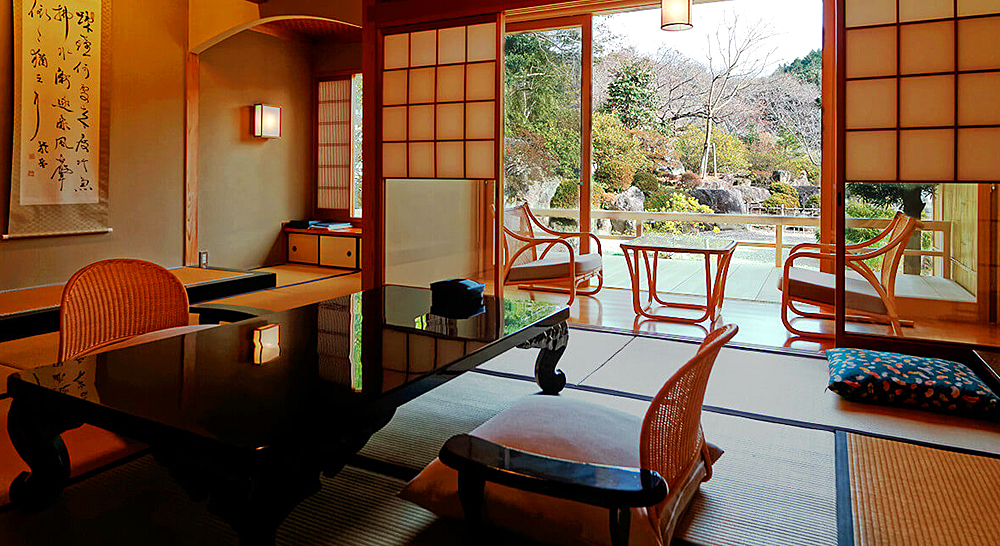 For the Luxury Traveller – There is always a market for this category, and in Japan, even a four star can be considered luxury. We recommend trying the Garden Terrace Saga Hotel & Maritopia, which is one of the best hotels around here with an average price from ¥40,000 to ¥50,000 per night. Truly for the well-heeled and for anyone seeking a luxurious time in Saga.

For the Luxury Onsen Traveller – The Onyado Chikurintei Onsen is one of the most luxurious hot spring resorts in Takeo, Saga, which comes at a price of ¥90,000 per person. There are only 11 rooms which is built around a historical and sacred and natural hot spring that dates back to the year 1300. One can be assured of the ultimate Japanese Onsen experience in a private environment here.

How To Go To Saga Prefecture?

For those who are flying direct into Fukuoka, there is a direct express train which takes only one hour and ten minutes into Saga City. When you exit the airport, you need to take Kuko Line to the Hakata Station, and catch the Kamome Line (¥2860) train to Saga City. 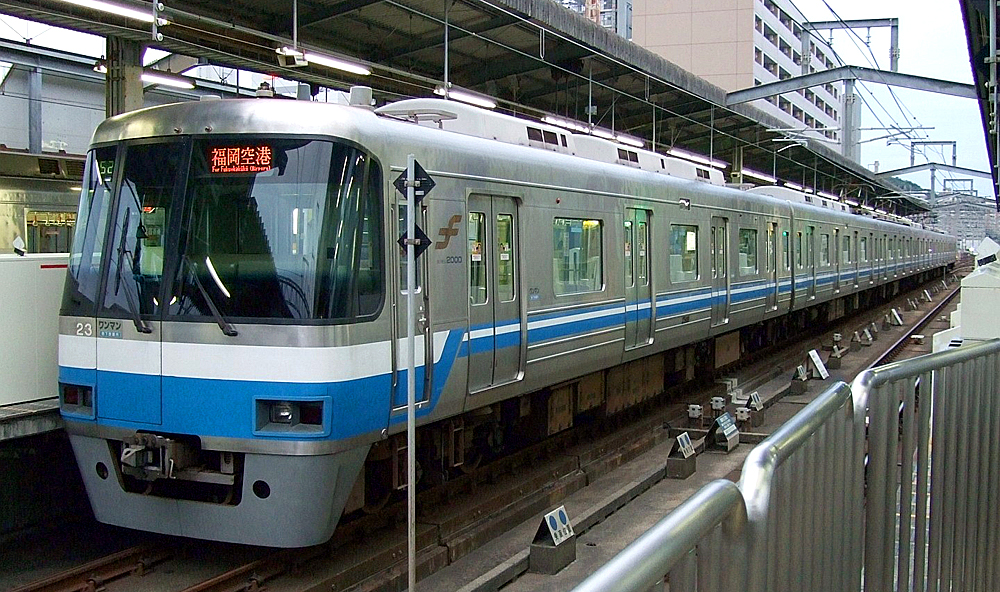 There is a slightly cheaper alternative direct bus service which takes about two hours from Fukuoka to Saga City. Exit the main airport terminal and head to the domestic terminal, where you can catch the airport limousine bus to the Saga Eki Bus Terminal, where you need to change to another bus to Saga City. This is recommended for the backpackers or explorers as it takes up more time, with a little adventure. The overall price is also around ¥1380 per person.

And the final option would be to do a rent-a-car experience, where after landing in Fukuoka, you can rent a car and self-drive to Saga City, and explore the entire prefecture at your own leisure. You need an international driving licence for this, and the prices vary from different car rental companies. On checking a random company in Fukuoka, the price per day or 24 hours is around ¥7000 for a standard four door car. 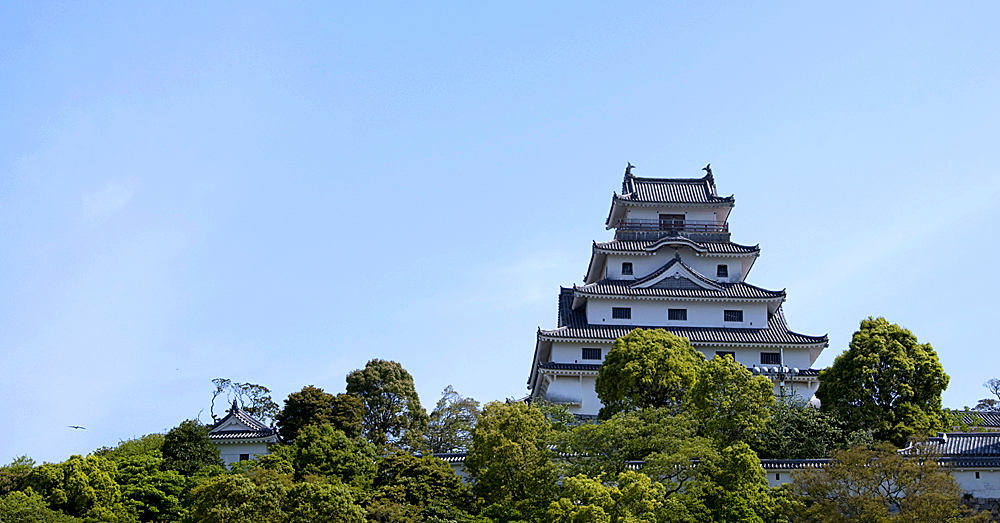 The Karatsu Castle in Saga Prefecture, one of Japan’s National Treasures. Photo: Kanegen on Flickr/ CC by 2.0

With AirAsia X operating a direct flight into Fukuoka, the island of Kyushu is now easily accessed by all travellers. Moving around the island is also easy due to the well-connected railway network infrastructure.

If you have been curious about other parts of Japan, this is your opportunity to explore Kyushu and namely the Saga Prefecture, where many travellers have not been to yet. Take a trip down original Japan where a more laid back lifestyle awaits you.