An Easy Guide for First-time Muslim Travel to Japan No ratings yet.

Obon: A Festival For The Dead And The Living No ratings yet. 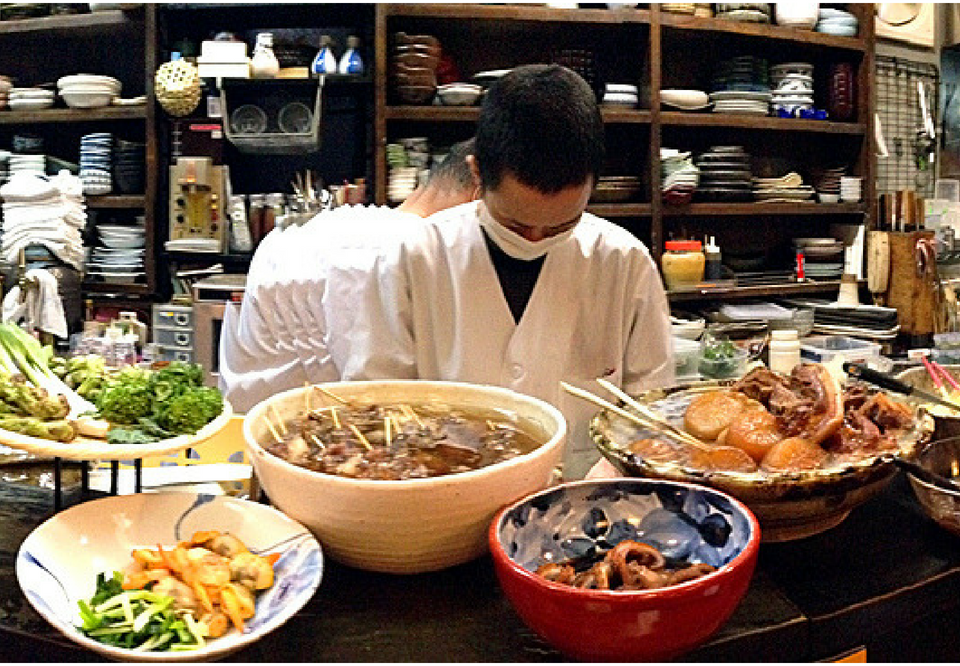 Known as the last island of Japan’s west coast, Kyushu is probably one of the underrated places for Malaysian or Southeast Asian tourist. One of the main reasons is the lack of connectivity of direct flights from this part of the world.

But in some cases, the serious traveler would take that opportunity to explore Kyushu for its beautiful nature, culture and of course, the unique Kyushu food found throughout the seven regions here. This article will shed some light on why you should visit Kyushu to taste a different culinary side of Japan.

Inside a local Izakaya in Kyushu. Photo Banalities on Flickr. CC By 2.0.

The most famous and popular dish in the entire Kyushu would be the Hakata Ramen which hails from Fukuoka. However, due to the popularity of this local dish, it is now available throughout Japan. But if you are visiting Kyushu, why not head to the original place where it originated from.

The list below highlights the most popular food in Kyushu and is found from various regions of Kyushu Island, hence depending on where you visit, there will always be a unique local dish to try. 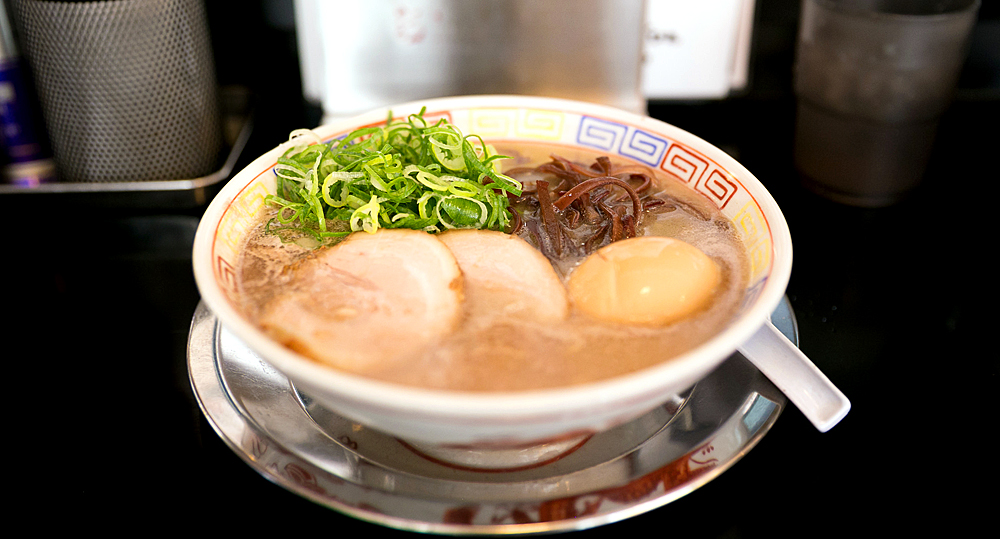 One of the most popular dishes, Hakata Ramen. Photo City Foodsters on Flickr. CC By 2.0.

This dish is popular due to the broth or soup made from black pork bones from the local black pig which is farmed on this island. The noodles are unique and are not your ordinary ramen noodles, but are thin straight type noodles.

Locals claim that the original Hakata Ramen started many years ago from a small stall in front of the JR Kurume Station in Fukuoka, hence this would be the best place to source for the ramen.

For the fans of tempura, the Toriten chicken tempura is something that must be tried when you are in the Oita region of Kyushu. The preparation of this local popular dish is simple yet tasty, where small portions of boneless chicken pieces are made into tempura and eaten with a special soy and citrus sauce called ‘Ponzu’.

There’s a restaurant called Touyouken in Beppu City which is known to be the creator of Toriten and is a very crowded place. But you can also get Toriten from many other places around Oita. 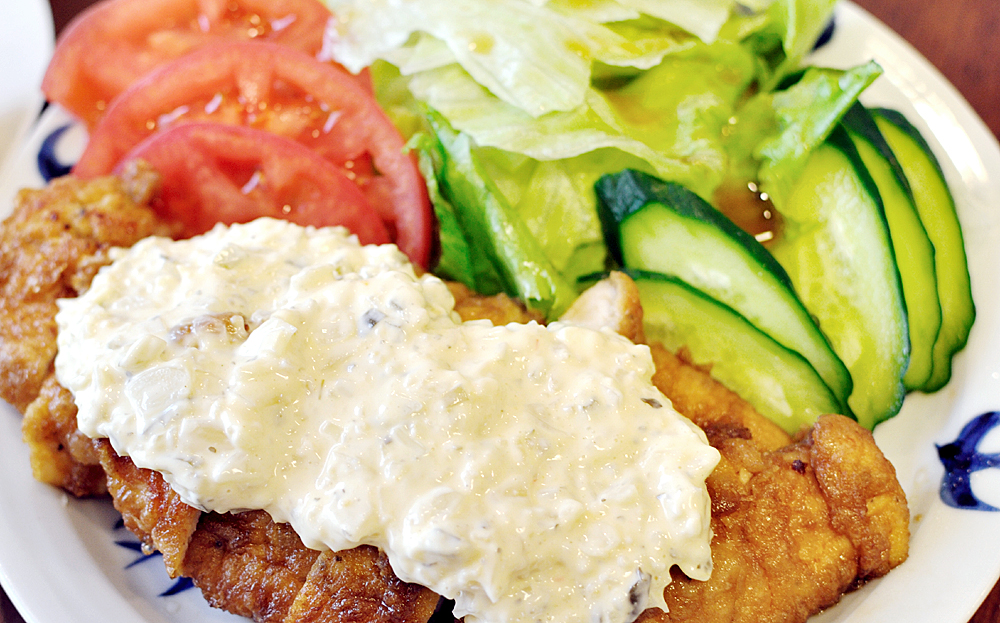 Miyazaki prefecture is quite well known for their Chicken Nanban due to the regions highly popular free-range chicken livestock. A very unique taste where the battered chicken is marinated with local sweet vinegar and topped with home made tartar sauce.

The dish is so popular that you can find it in most Izakaya bars around here, and this dish is considered to be a local staple snack of Miyazaki. 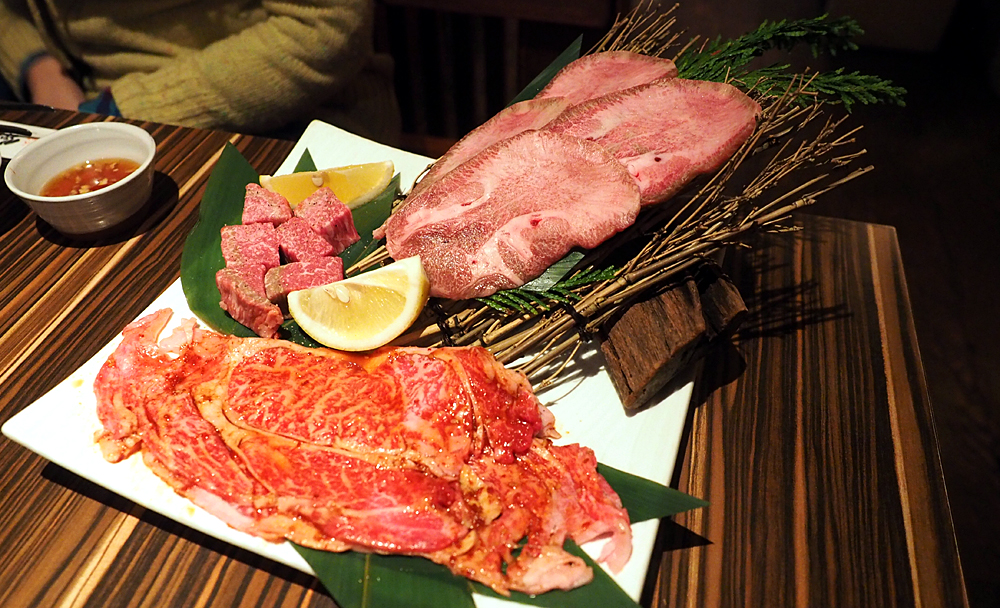 Saga beef from Kyushu. Photo Othree on Flickr. CC By 2.0.

Saga Beef from the Saga Prefecture

For beef lovers, you may already know Wagyu, Kobe, Ohmi or Tajima beef, but here in Kyushu, they have their own prized beef which is called Saga beef, from the unique black cattle livestock. Under the international beef marbling standards or BMS, Saga beef comes in at level 2, which is one of the highest grades in the world.

To experience Saga beef, you can visit some of the more prominent restaurants around Kyushu that serve this beef, and have it conventional grilled as steak or even sukiyaki style. One of the well known restaurants to try this is also in Fukuoka called Kira Hakata. 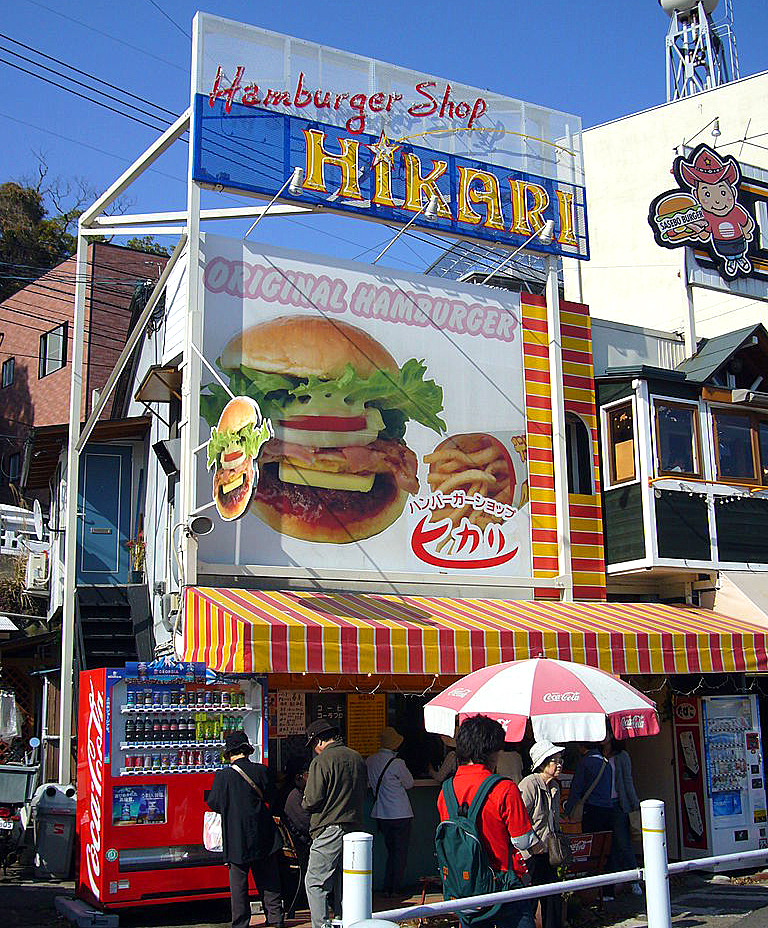 How about a hamburger done in Japanese style? At Nagasaki, you can sample the famous Sasebo burgers which is huge and generous for any burger fan out there. The most popular burger is no other than the Chicken Sasebo Burger, where the chicken beat comes from the famous poultry farms on the island.

The Sasebo Burger dates back to the 1950’s when the US had their base in the town of Sasebo, and hungry Americans were always looking for some good old American fast food. This prompted the locals here to come up with their own burger which now has a 60 year history.

Two recommended places to try this is Hikari, the oldest burger joint in Sasebo and Big Man Sasebo Burgers, both located in the town area of Sasebo near Nagasaki. 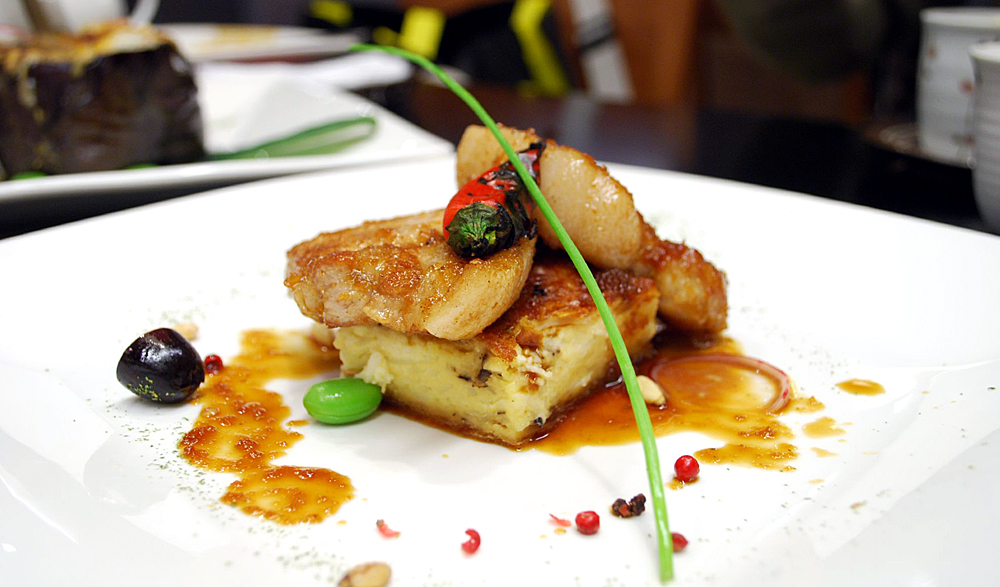 Having a 400 year history and once consumed as a favourite by the legendary Samurai warriors, this specialized pork cut is well known in dishes such as Shabu-shabu, Shogayaki and Tonkatsu all around Kyushu. The secret lies behind the Kurabuta pigs who are fed sweet Japanese potatoes which results is an amazing pork taste.

To sample some of the best dishes using Kagoshima Kurobuta Pork, one needs to visit a restaurant called Roppakutei in Kagoshima as they are well known to serve the best dishes. This restaurant is located at the foot of Mount Kirishima and has a contract with the most popular Kurabuta farm in the area. 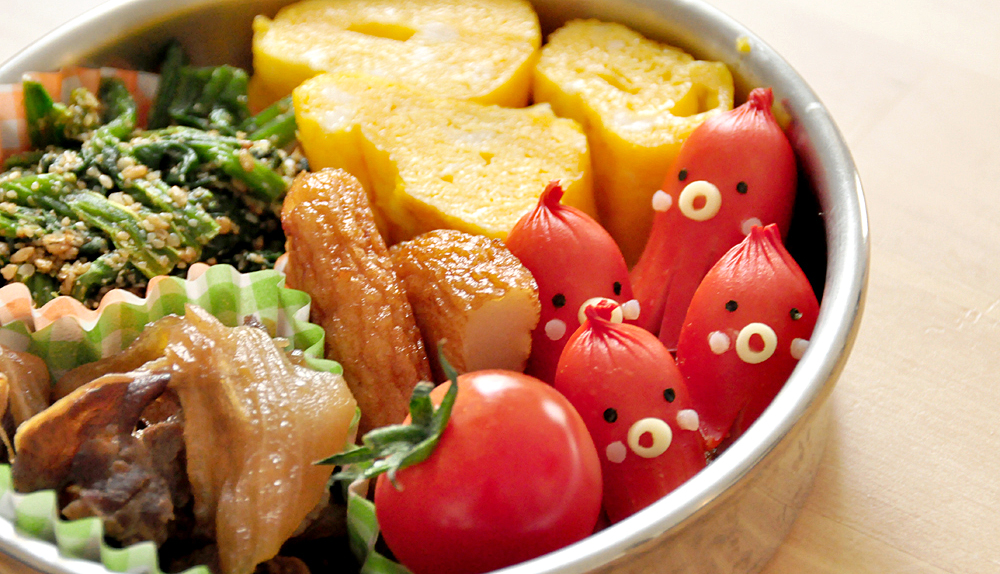 The Kyushu fish cake mixed into a dish. Photo Wiki Commons. CC By 2.0.

Something Asians can relate to are fish cakes, and in Kyushu, you can sample the unique local Satsuma Age Fish Cakes which are highly popular here. This dish has a history that dates back 160 years in the Edo period and originates from Okinawa. It is traditionally a common fishcake that is fried and then served in a variety of dishes such as oden hotpot or udon noodles.

Fast forward to today, this dish is considered to be one of the healthiest dish due to the low calories and low fat from the ground fish used to make Satsuma Age fish cakes. Locals swear that the best place to try these are in Kagoshima as they are the freshest. One of the recommended places to try this is at a restaurant called Tokunagaya in Kagoshima City. 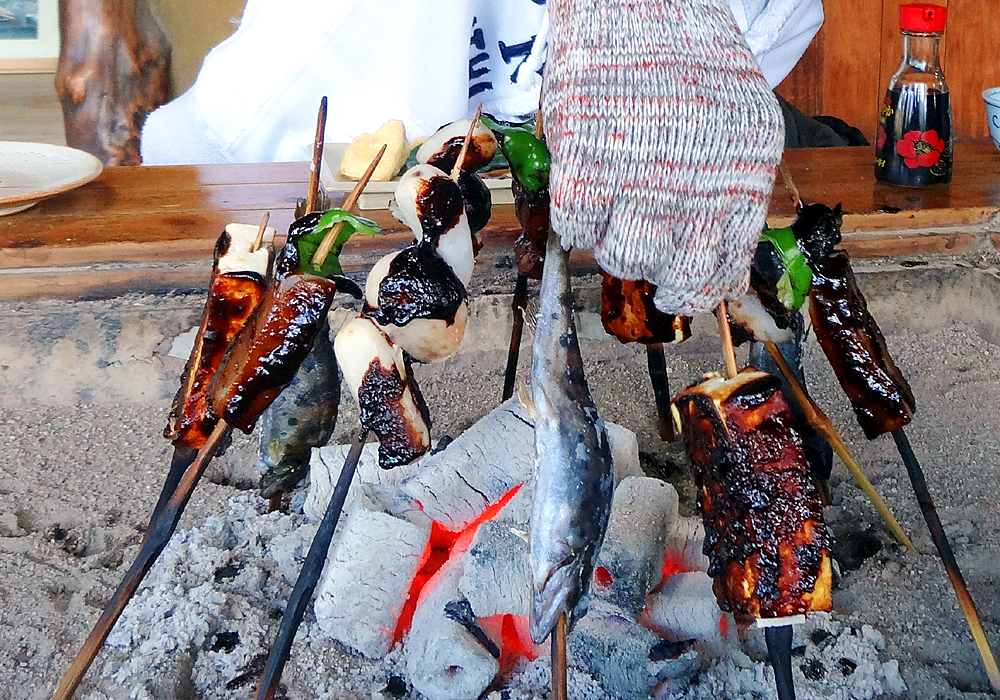 For a savory snack, one must try the famous Takamori Dengaku, which is actually grilled skewers and found all over Takamori Town in Kumamoto. This dish is also said to date back over 130 years since the Kamakura period.

Takamori Dengaku is prepared by skewering foodstuffs such as fish, tofu, konnyaku, egg plant and satoimo, then pasting them with Japanese lemon or Japanese pepper flavored miso (bean paste). It is then marinated with salt and then grilled by charcoal fire. One of the recommended places to try this is at a restaurant called Takamori Dengaku Hozonkai in Kumamoto, where you can sit down over a special sand pit to cook your Japanese skewers. 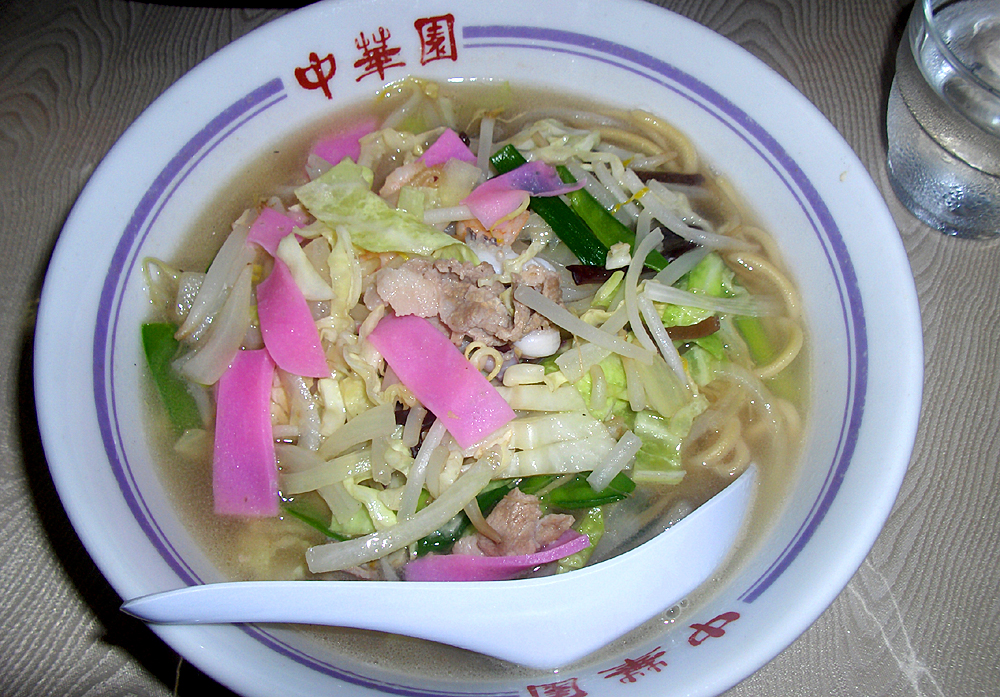 Hailing from the northwest of Kyushu and around the Nagasaki area, you can find this fusion Chinese-Japanese dish called Champon. History states that Chinese students who came here to study  in the Meiji period, created this unique dish. Many will find that Champon is similar to Ramen, but there is a huge difference in preparing this dish.

Champon consist of soup, vegetables, meat, fish cakes, seafood and noodles that are all cooked together at once, unlike Japanese ramen. For noodle lovers, this dish is not to be missed when you are visiting Nagasaki, and one of the recommended restaurants to try this is Shikairou, which is a Chinese Japanese restaurant. Some locals claim that the best Champon are found at Chinese-Japanese restaurants around here. 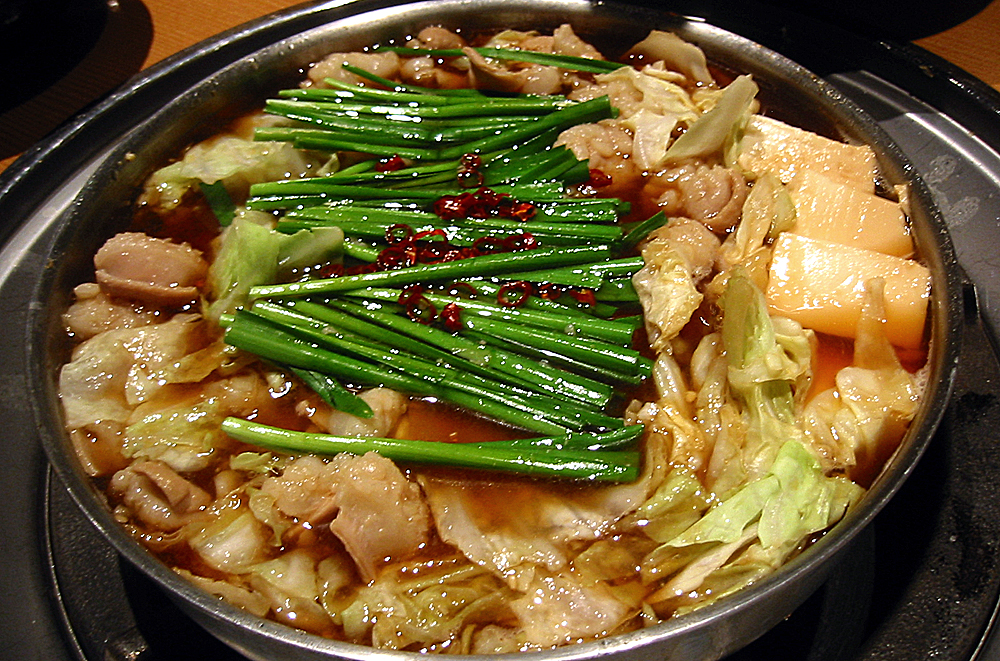 Bowl of Motsunabe. Photo Yasuhiro on Flickr. CC By 2.0.

Originating from the Hakata region of Kyushu, Motsunabe is another dish that Asians will love to try. It is actually a hot pot dish with chicken, pork or beef combined with fresh vegetables of all sorts. It is also a very popular dish during the winter as the hot pot will almost guarantee to keep you warm.

Different restaurants will offer various styles of the Motsunabe dish, and choices include miso, soy sauce, Korean stew or curry based soup. Some restaurants even offer quality Wagyu beef as the main ingredients, therefore it is entirely up to you to select which you prefer. One of the most popular restaurants for Motsunabe is Yamanaka in Asasaka, Fukuoka. 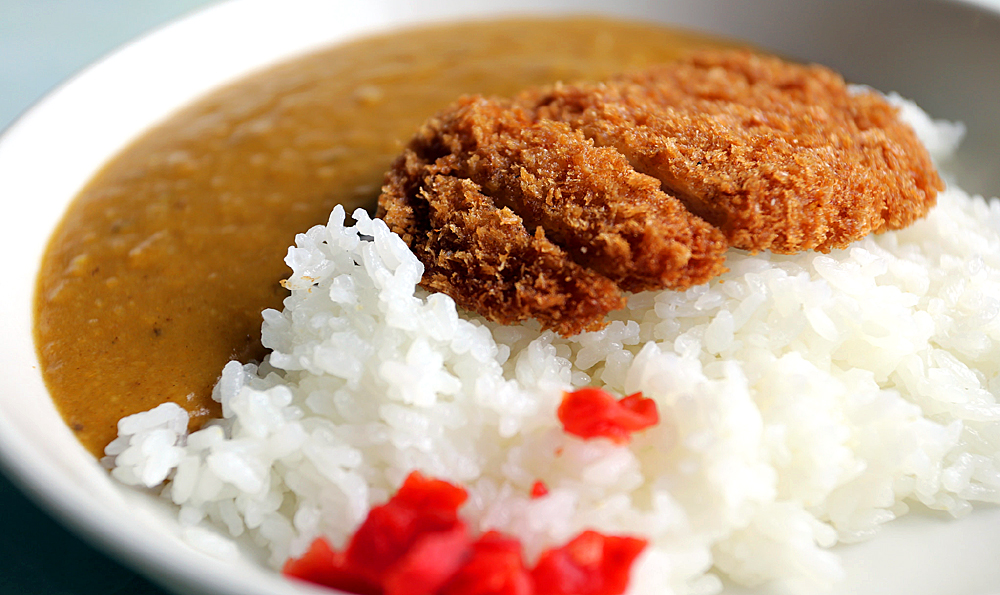 Who does not love the famous Tonkatsu or Japanese pork cutlets? By now, most of you reading this would have at least tried Tonkatsu in Japan or even from a local Japanese restaurant in your country. But over in Kyushu, the Tonkatsu here is something that must be tried.

The main reason for this is that Tonkatsu in the Kagoshima area is made from the famous Kurobuta black pig. And to take it one step further, the pork cuts even offer marbling, just like Wagyu. Prepared by dipping the fresh pork cuts into the Japanese panko bread crumbs, and then deep frying them to a golden brown and served with Karashi mustard and local Tonkatsu sauce is something you will never find anywhere else in the world.

While there re many places where you can fin Tonkatsu, one place seems to stand out in Kagoshima which is Kagoshima Pork Shop Kurokatsutei Kurobe. They have been having amazing reviews about their dishes and is well known throughout Kyushu. 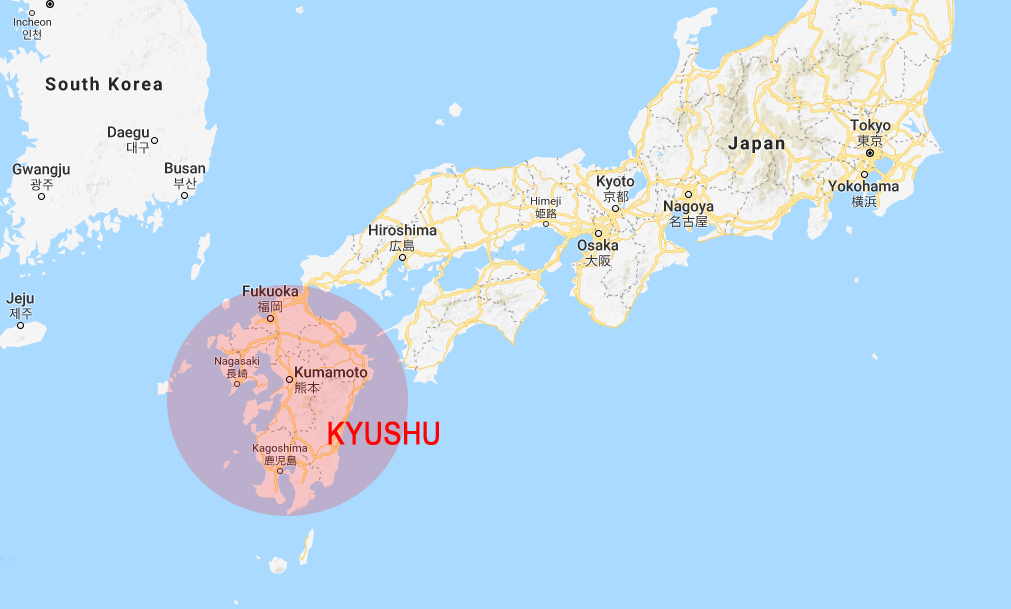 How to travel to Kyushu

Kyushu island is linked to the larger island of Honshu by the Kanmon Tunnels, which carry both the San’yō Shinkansen and non-Shinkansen trains of the Kyushu Railway Company. Those traveling with cars, vans, buses and bicycles can use the Kanmon Bridge. There are also flights into Kyushu from Osaka and Tokyo.