What Else To Do Around Asakusa

Not Just Mt. Fuji: 7 Things to do in Yamanashi No ratings yet.

Hidden and Beautiful: Extraordinary Train Stations Worth Travelling For No ratings yet. 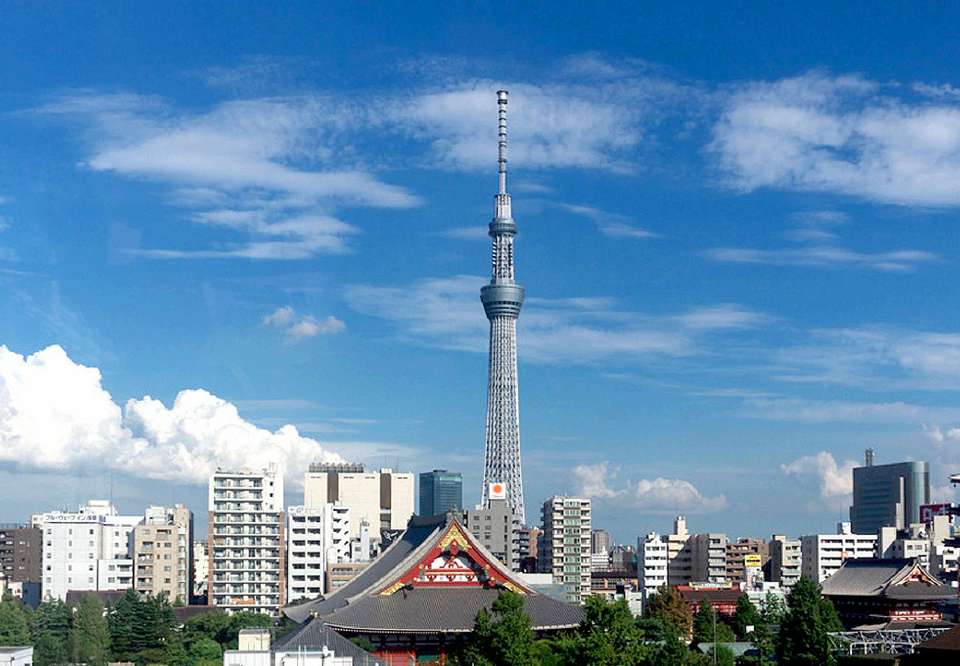 What Else To Do Around Asakusa
No ratings yet.
Tags: destinations • festivals • foodandbeverages • gourmet • historicalsites • kanto • muslimfriendly • temples • themeparks • tokyo •

Many tourist and travelers love to visit Asakusa mainly for the famous Senso-Ji Temple and the Tokyo Skytree tower as these are the two most popular things that attract visitors. However, there are many other interesting things that you can do around Asakusa and this article will share some of the information for anyone wanting to explore further here.

Asakusa is also known as the oldest Geisha district in Japan, and there are still working Geisha’s in this area. In the main touristic part, you will also see a number of traditional human pulled rickshaws, which take tourist and also locals from point to point. 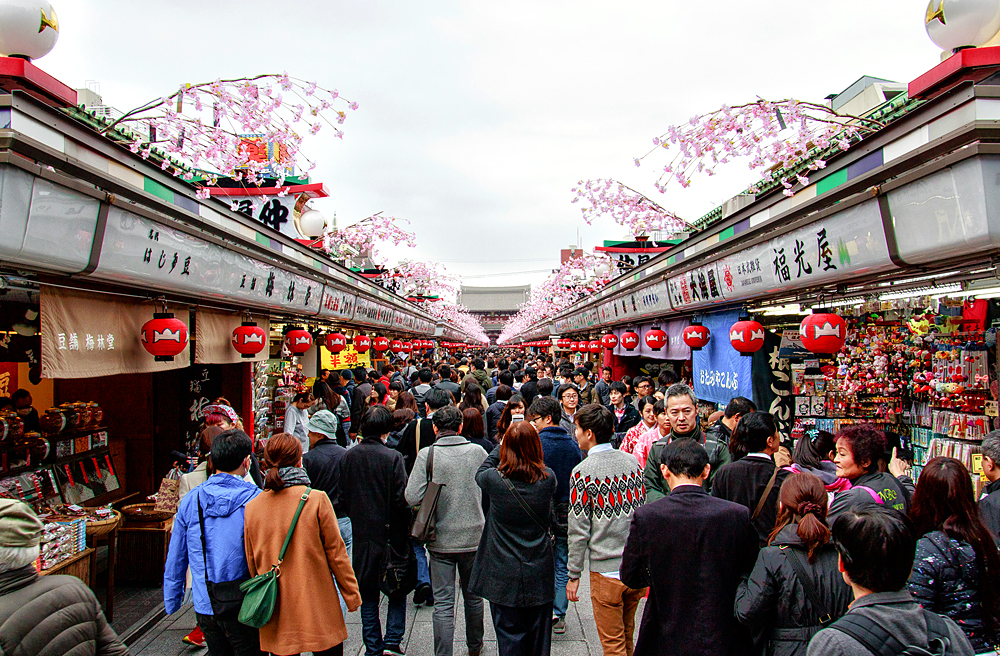 Kaminarimon or Thunder Gate is probably the most popular photo spot, and this is where you find the giant red lantern than hangs in the gate. Another highly popular spot is also Nakamise, the street with a lot of shops before you reach temple gate. This is the ultimate Japanese souvenir street where you can get sweet and a variety of Japanese handicraft souvenirs.

Let me take you further out from these over commercial places in Asakusa with a brief breakdown of some of these places below. 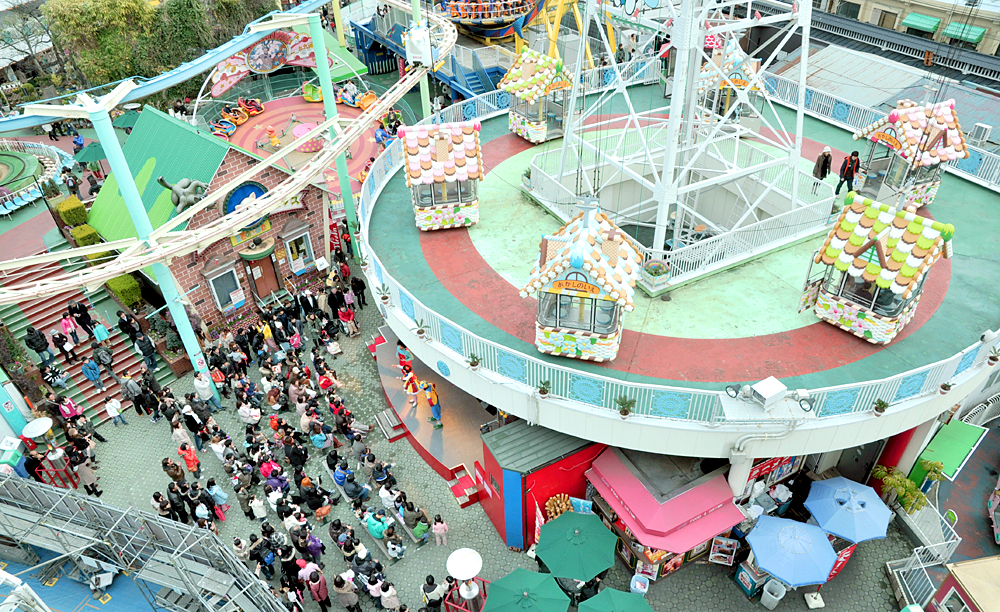 This is near the Senso-Ji Temple, and you may have seen it from outside. This original theme park is also known to be Japan’s oldest theme park, which has been around for more than a hundred years. It was originally opened as a flower park in 1853 and converted into a theme park in 1949, so you can imagine how old this place is. 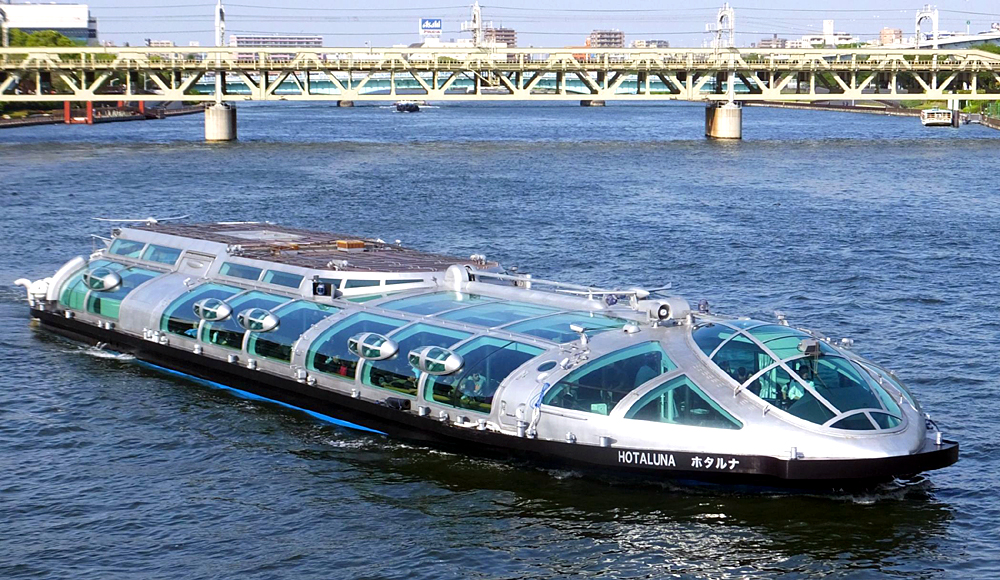 One of the interesting river cruises that cruise along the Sumida River is called the Tokyo Water Bus or Suijō Basu. This modern and all glass boat takes passengers on various types of cruises around Tokyo and even to Odaiba from the Asakusa Pier. For those wanting to see the riverside of Tokyo, this is a good cruise to experience. I would recommend that you do a day tour around Asakusa, then catch the water bus to Odaiba to continue there. 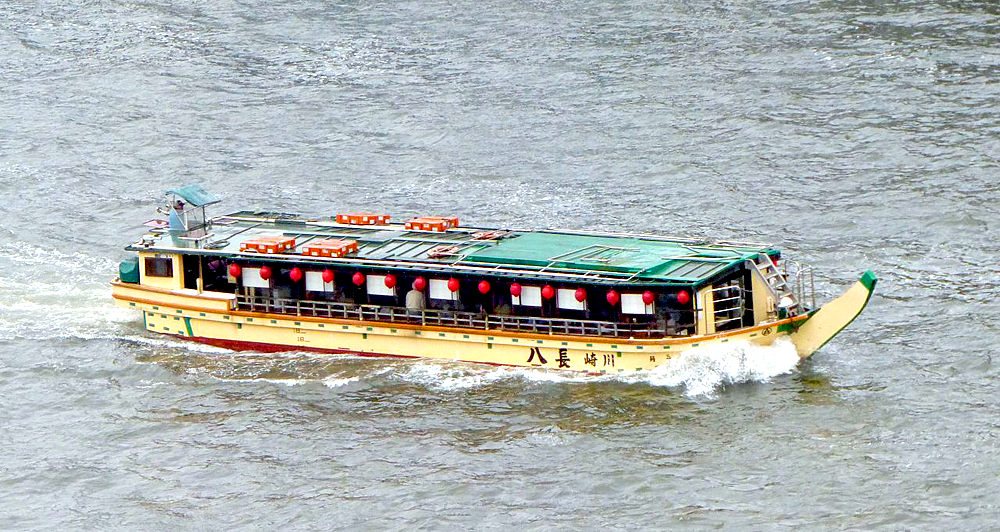 One of the traditional Yakatabune boats cruising. Photo Wikipedia.

This is for those who want to experience cruising on a traditional Japanese boat. There are various types of packages offered depending on the tourist. You can charter entire Yakatabune boats for ¥10,000 per person with all you can eat and drink, or take the public boats for ¥5,000 per person.

During the summer, this service gets really popular and busy, and there are even special charters for evening cruises with fireworks show. 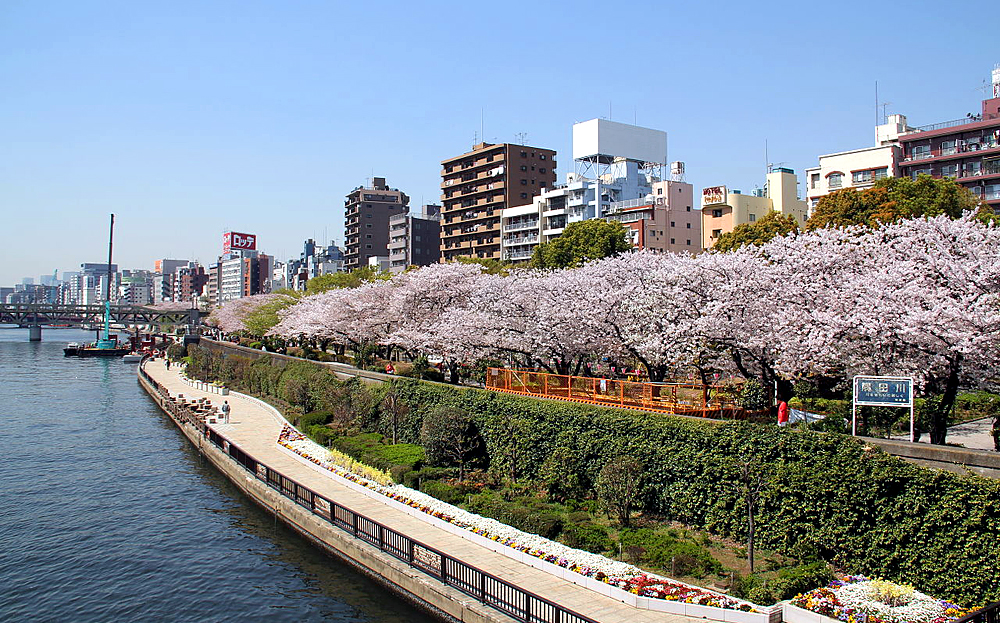 For anyone visiting in the Cherry Blossom season or during the Summer period, the Sumida Park is highly recommended to visit. There is a lot of activity during these seasons, and during the Sakura time, even the cherry blossom trees are illuminated at night, and in the summer, on the last Saturday of July, there is a massive fireworks display here. If you visit during a regular time, you will find many small cafes, nice places to take photographs and of course, the beautiful river view. 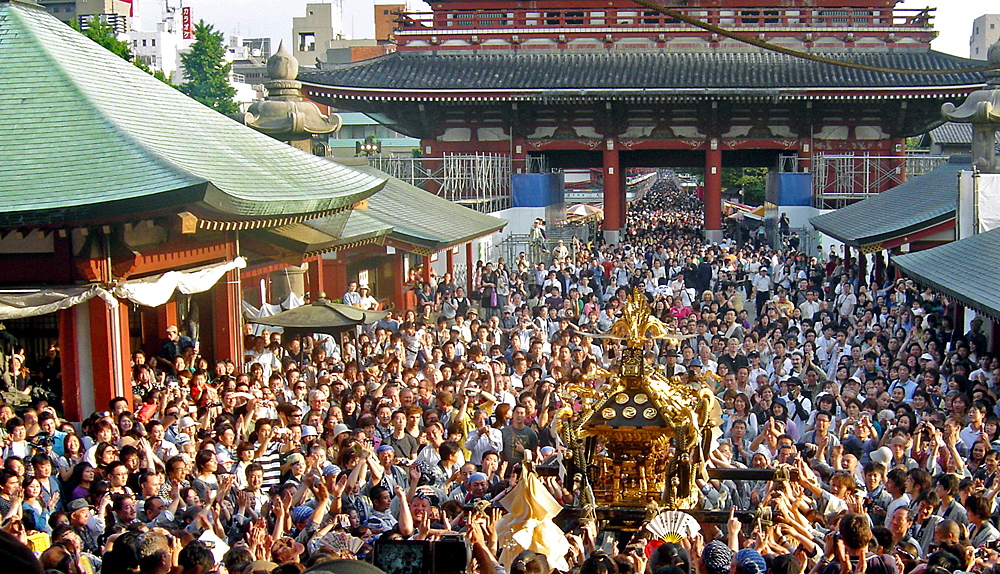 A three day festival that sees over 1.5 million people coming to see portable shrines or floats called Mikoshi being pulled through the streets around the Senso-Ji Temple here. This is also known as Tokyo’s more popular festivals. The event starts of Friday where more prayers are done, and Saturday and Sundays are the best to visit. Make sure you come early to witness this festival.

When: Third Weekend of May 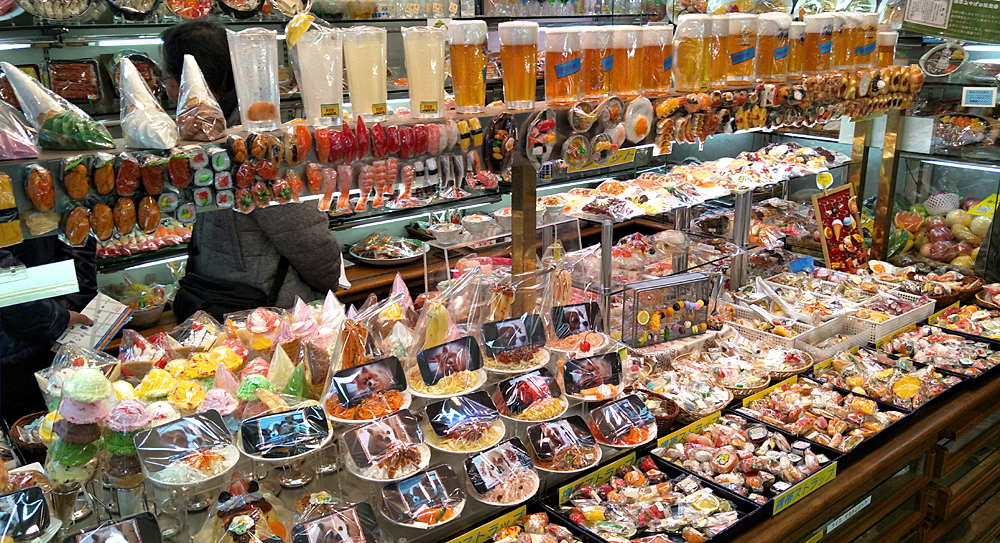 This is probably for those who are interested to know more about the famous fake food that you see on display in front of restaurants. Kappabashi or Kappabashi Dogu is a main street where you will also find all things Japanese which is related to cooking. You can find all sorts of utensils, but the highlight for tourist is walking into one of these fake food stores. When I visited, I could not believe it as anything could be made into fake display food, even beer and coffee. This is a great place for some unique souvenirs. 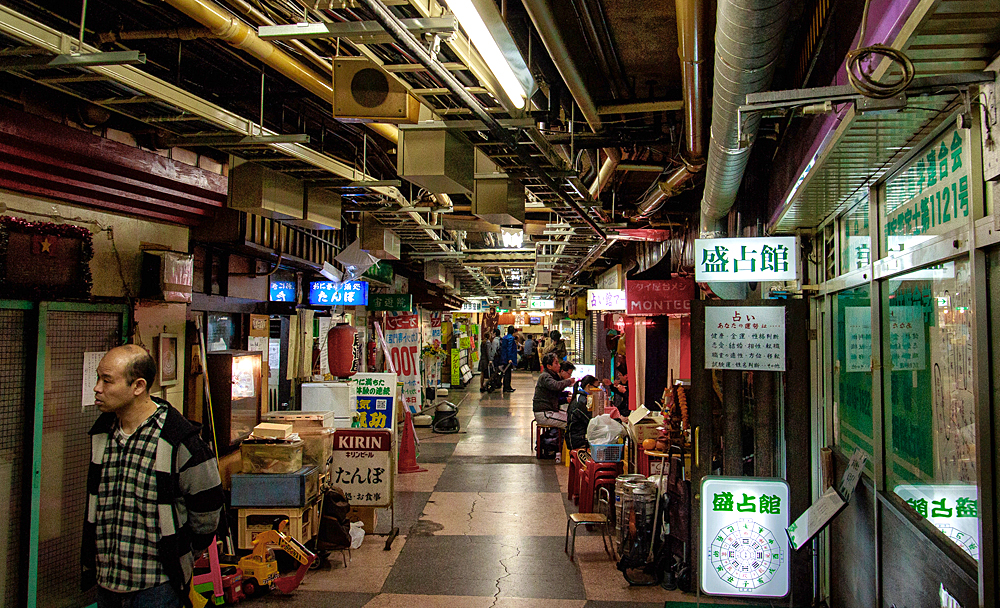 For those who want to experience what an original underground shopping street looks like, this is the Japan’s oldest underground shopping street. There are no more than 20 restaurants and shops, and the beauty about this place is that it has not changed for the last 50 over years. Some locals people claim that this place is like a time machine when you enter it, while others compare this from a movie scene of Blade Runner. I think the bonus of visiting this place is just for pure curiosity and also to try an authentic standing soba stall here. 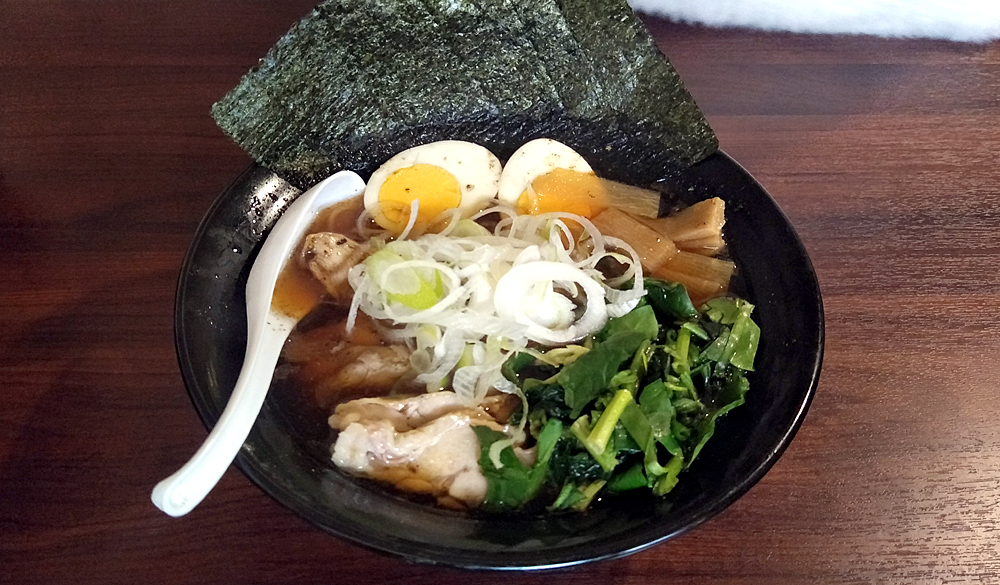 A bowl of Halal Chicken Ramen from Naritaya in Asakusa. Photo David.

For the Muslim travelers, you should know that there is a famous Halal Ramen shop very near Senso-Ji Temple and it is called Naritaya Ramen. This place is highly popular among the Malaysians and Indonesians as the ramen in noted to be one of the best around. They also serve a mean plate of fried chicken, Japanese style called Karage. 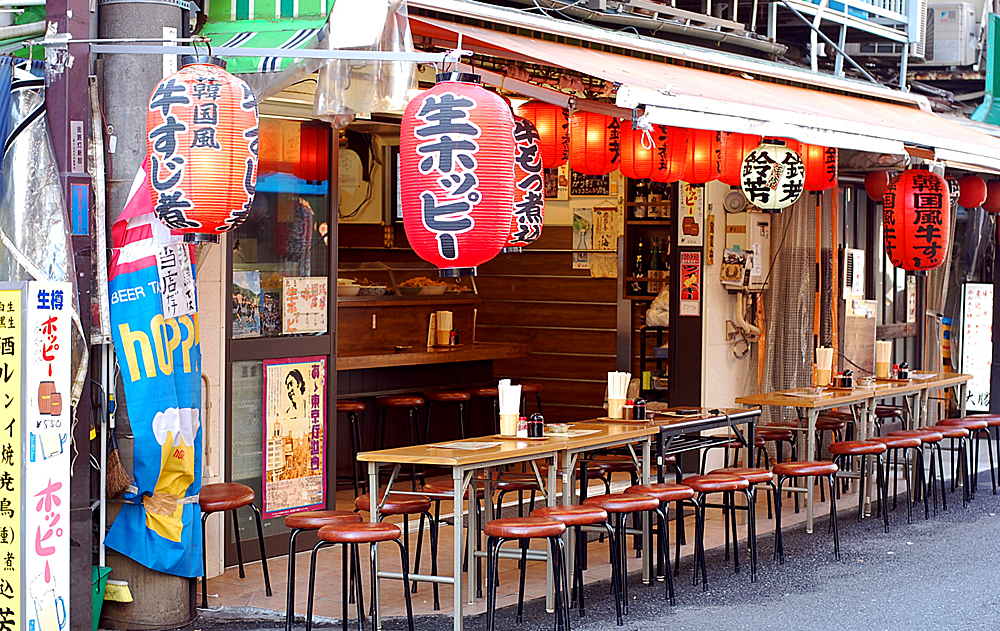 One of the Izakaya at Hoppy Dori. Photo by Kimishowota on Flickr.

This is where the young and old gather for the Japanese nightlife and entertainment in an open street concept here in Asakusa. Most people tend to visit this street when the sun goes down as you will find a lot of open concept cafes, restaurants and Japanese Izakaya. This street is also very near the Senso-Ji Temple, and is only a five minute walk from there.

Hours: All day and night 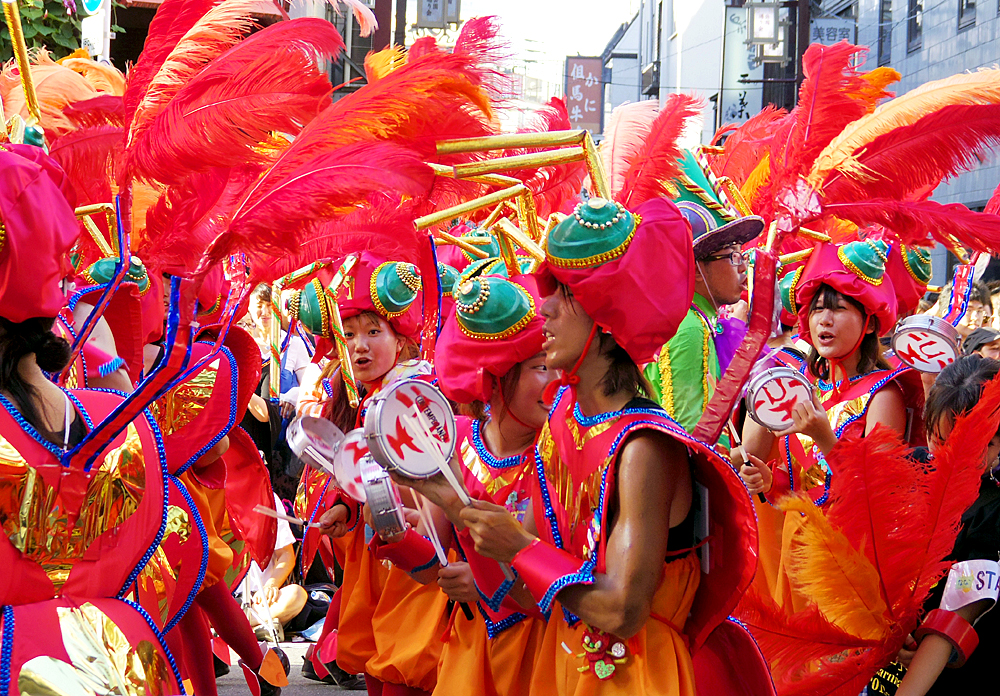 If you cannot make it to Brazil for the world famous samba festival, Asakusa is your next best option. There is a strong samba community here with multiple samba schools, and since 1981, Asakusa has been hosting the yearly samba festival in August, during the summer period, and attracting over 500,000 people in just one day.

Almost a replica of the Brazil samba, but in a smaller scale, and still a world class performance and festival. So if you visit in late August, don’t forget to check what day the festival is being held. 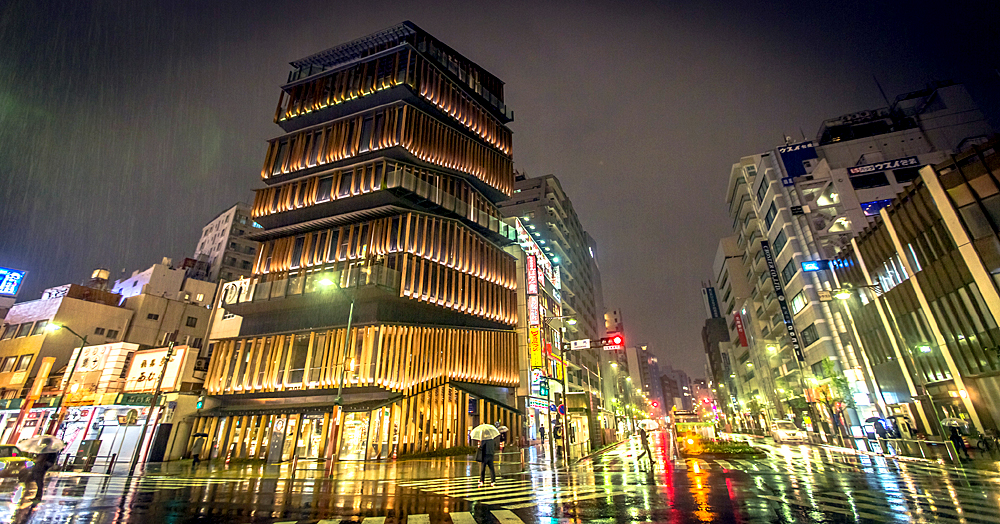 The Asakusa Culture and Tourism Center at night. Photo by IQRemix on Flickr.

Yes, there is a very modern tourism center where visitors can get all the information you need about Asakusa. There is free Wi-Fi for those who need internet connection, and on the top level of the building is an observation deck where you can see parts of Asakusa. They have maps and information in multiple language available. 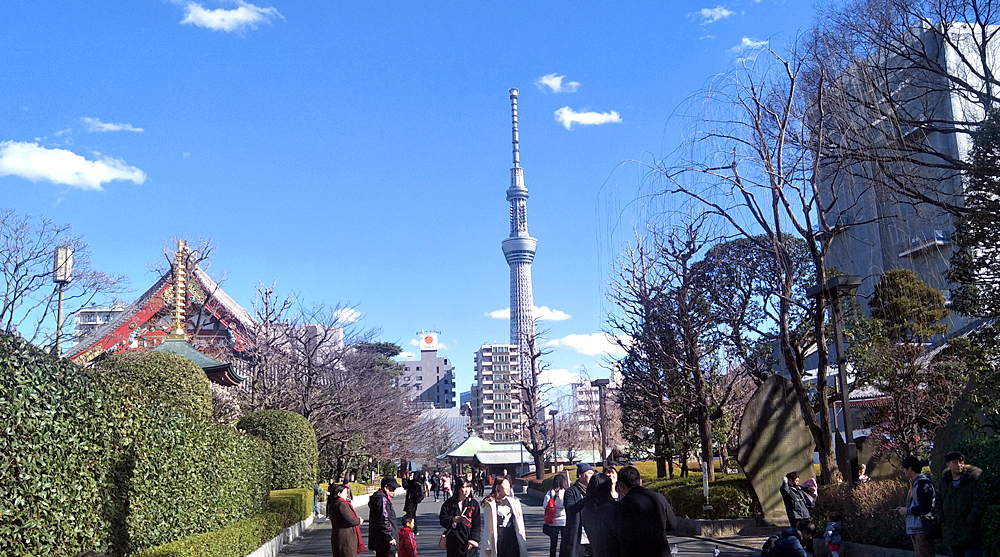 How to get to Asakusa?

The main Tokyo Metro stops at the Asakusa station, and from there you can simply walk to most destinations. Taking the subway is probably the best and easiest option to travel here, and also t get around this part of Tokyo.

For those who know of the Tokyo River Bus, you can also use this unique transportation from Odaiba and some other piers around Tokyo to get here. If you are coming from Narita Airport, there is a Airport Limousine that goes straight to Asakusa View Hotel, which is located just outside the Asakusa Station. A one way fare is ¥2,900 for a single adult.