Must Try Food In Okayama Prefecture No ratings yet.

Unleash Your Inner Childhood at Legoland, Nagoya No ratings yet. 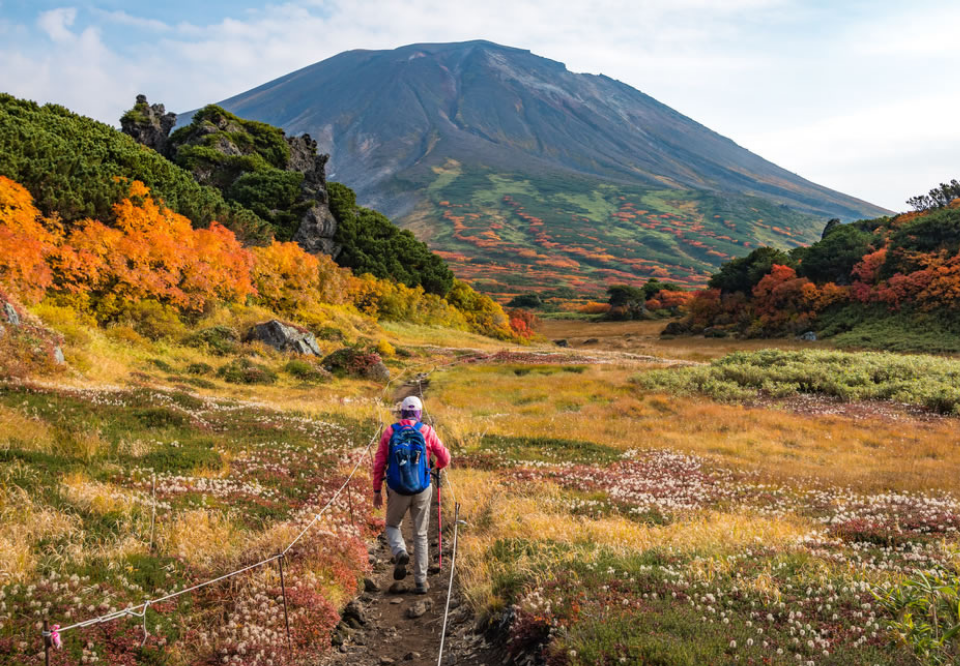 In Japan, there are 34 national parks and all of the parks are stunningly beautiful. The national parks in Japan have gained a lot of attention from locals and tourists since its opening. Each national park offers a great panoramic view as visitors engage with the nature. Some of the parks are the habitats for rare species of flora and fauna, for instance, a Japanese serow in Hakusan National Park (Chubu) and a finless porpoise in Setonaikai National Park (Ehime Prefecture). 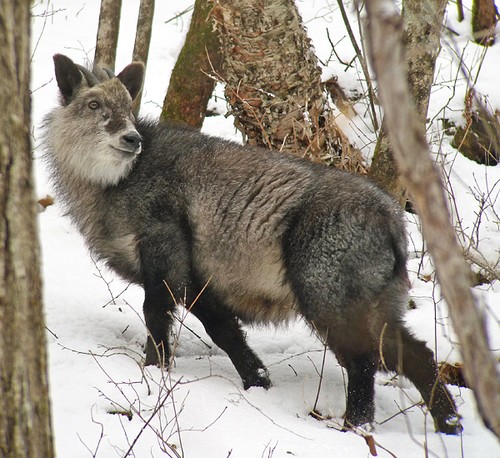 Japanese serow is a goat-antelope mammal that can only be found in a mountainous area.

In the Kanto region, there are six national parks that have been discovered by mankind. Overlooking the view of mountains and volcanoes, Kanto’s national parks are very popular and are a top tourist’s destination which has successfully drawn millions of visitors yearly. It’s time to reconnect with nature by visiting these national parks of Kanto. 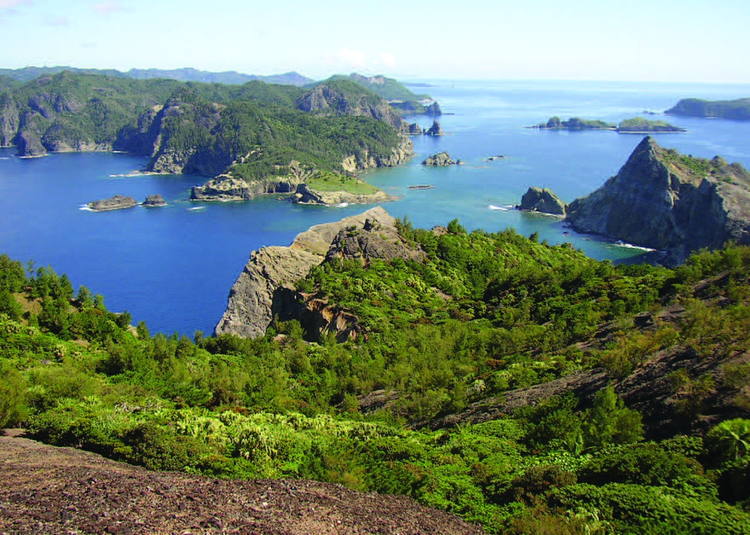 One of the most well-known national parks in Japan is Nikko National Park or also known as the Land of the Volcano. It was found and opened in 1934. Located 125 kilometers away from Tokyo city, it’s a no surprise why people would travel all the way to Nikko. The national park is really huge since it spreads out to four prefectures like Niigata, Gunma, Fukushima, and Tochigi. 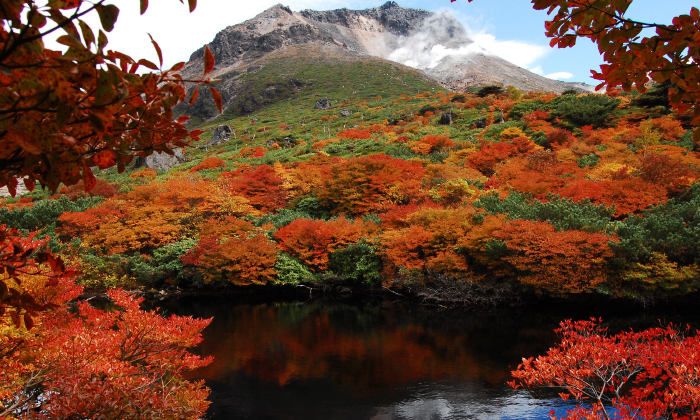 Image Source: Ministry of the Environment.

Nikko National Park is home to the UNESCO’s World Heritage Site for shrines and temples of Nikko which are the Nikko Tosho-gu (Shinto shrine) and Rinno-Ji (Buddhist temple). In the Nikko Tosho-gu Shrine, you will see the famous “See no evil, speak no evil, hear no evil” monkeys carving here. 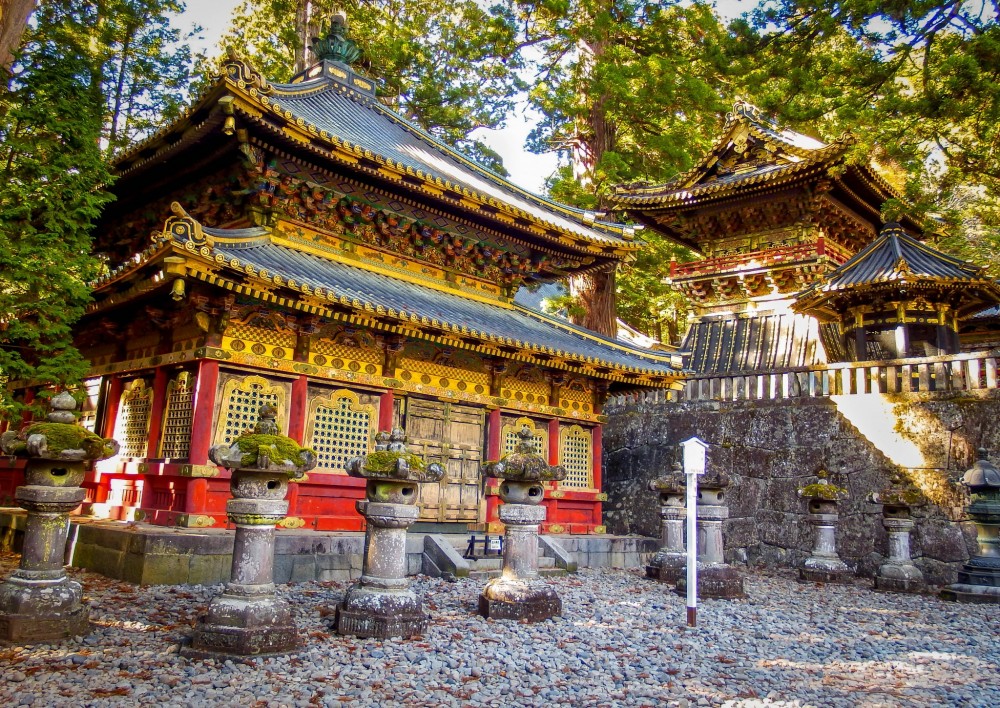 In addition, you can do various outdoor activities here like hiking, camping, and many more. As you walk in the national park, keep your eyes out for Kegon and Ryuzu waterfalls. Kegon is one of the tallest waterfalls in Japan, while, Ryuzu is a twin waterfall. Both waterfalls give great natural scenery that you won’t get anywhere else.

Other than that, the national park’s top beautiful place is at Lake Chuzenji facing the magnificent Mount Nantai. Standing at 2,486 meters high, Mount Nantai is considered to be very spiritual because it supplies water to Shinto temple during the Yayoi Period. The mountain and the lake is one of the most favorable spots for visitors to go see cherry blossoms. 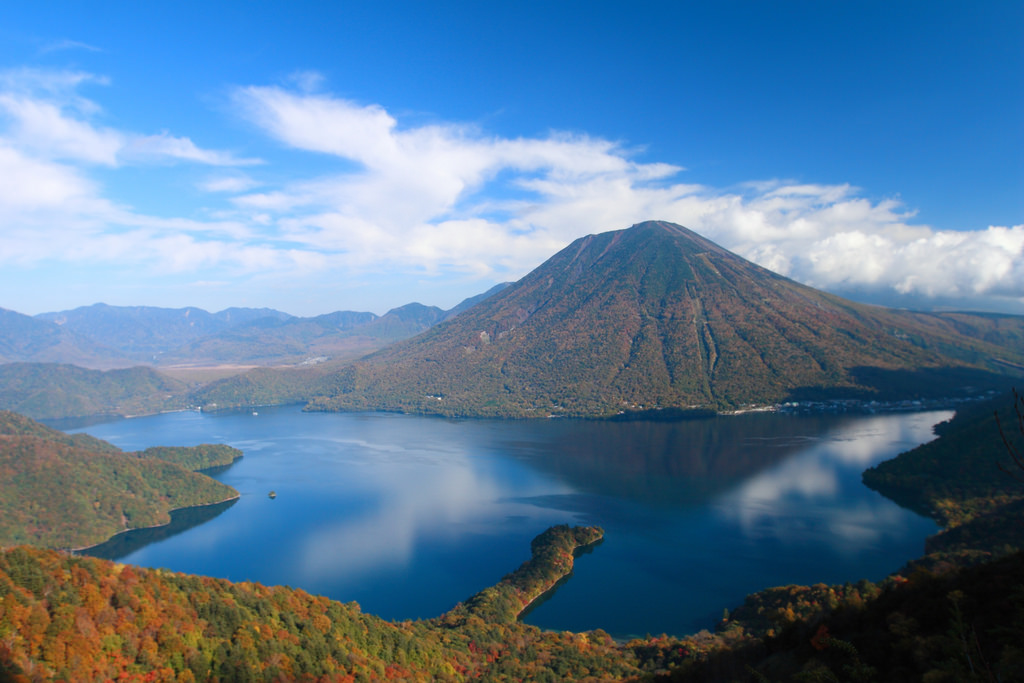 Image Source: Satoson on Flickr/CC BY 2.0

You should check out other areas in the park such as Yumoto Onsen, a communal hot spring and other cultural sites. Rich with green landscape and a beautiful sight at every corner, Nikko National Park is suitable for those who love history and nature.

This national park was a part of Nikko National Park for years until 2007. Oze National Park stands independently since then and was added as a new national park in Japan. This park also reaches out to the same four prefectures like Nikko National Park. During summertime, visitors get to see skunk cabbages and yellow day lilies growing all over the field which are very attractive. Visitors can do all kinds of activities here, for example, hiking and camping. 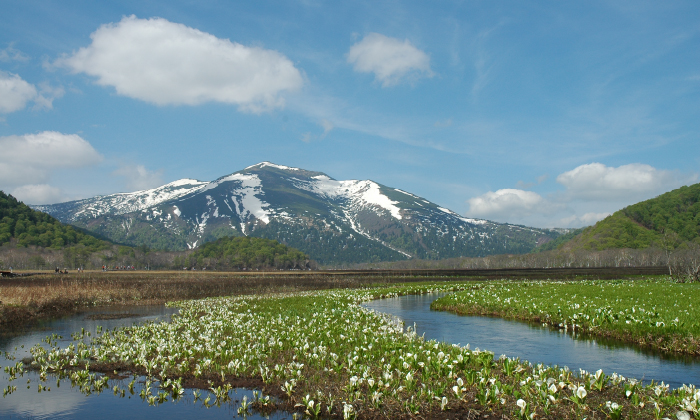 Image Source: Ministry of the Environment.

Known as “The Starting Point of Nature Conservation in Japan”, Oze National Park is the home to the largest highland marsh called Ozegahara Plateau. It is one of the main highlights of this place and is surrounded by three peaks such as Mount Hiuchigatake, Mount Shibutsu-san, and Mount Keizuru-san. Most visitors will spend hours here to go for a walk on a wooden boardwalk set throughout the marsh known as the Hatomachitoge. While walking, they will be blown away by the view of the mountains and Ozenuma Pond. 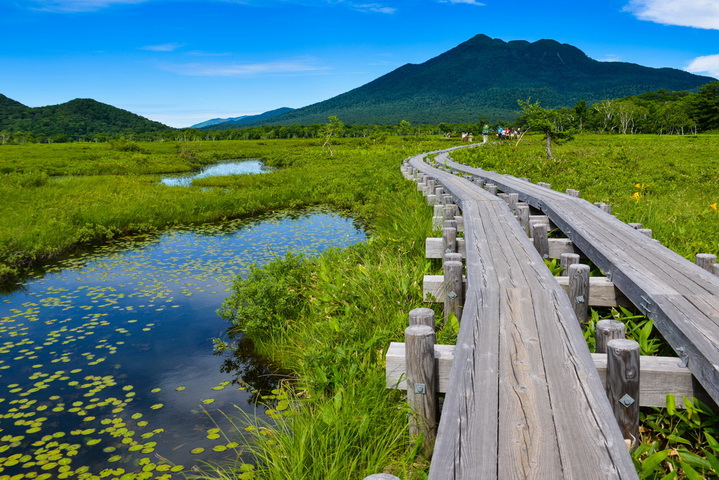 In addition, it is advised to stay a night here before you went for the hike or walk. The park provides three camping sites and toilets for the campers. The fee for one person is ¥800 per day and they need to make a reservation first as every camping site have limited spaces. If you’re not too keen on staying in the wild, there are a few hotels located nearby. Also, check out other attractions like Sanjo-no-taki Falls and Fujimishita trail while you’re in Oze National Park. 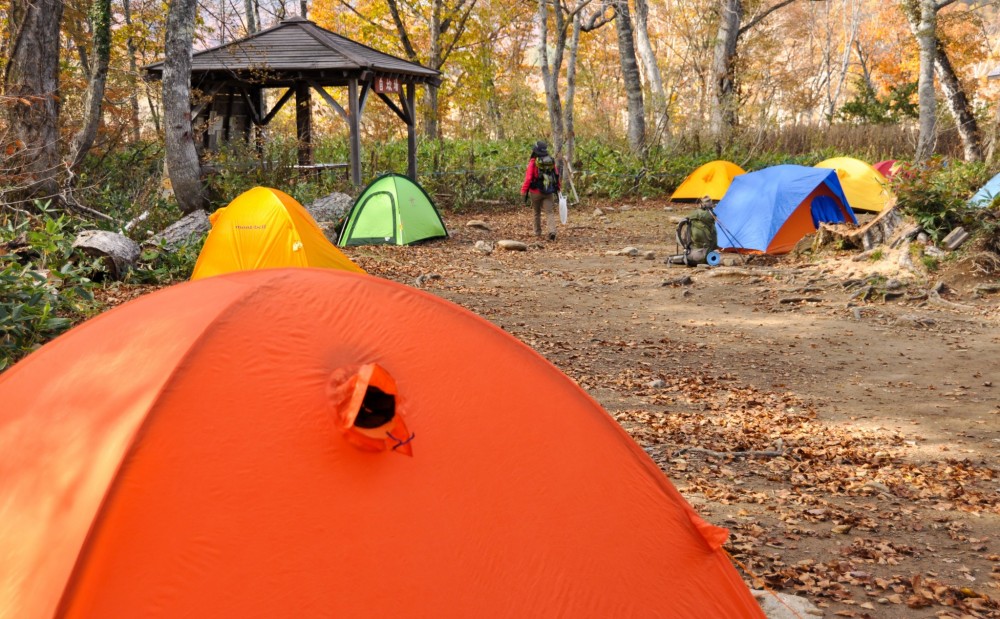 Enter the wilderness in Chichibu-Tama-Kai National Park where you can unleash your adventurous side by hiking, mount climbing, and jungle trekking. Situated at Tokyo, Saitama, Nagano, and Yamanashi prefectures, this national park consists of many majestic mountains in Japan like Mount Kumotori and Mount Mitake. This national park was established in 1950. 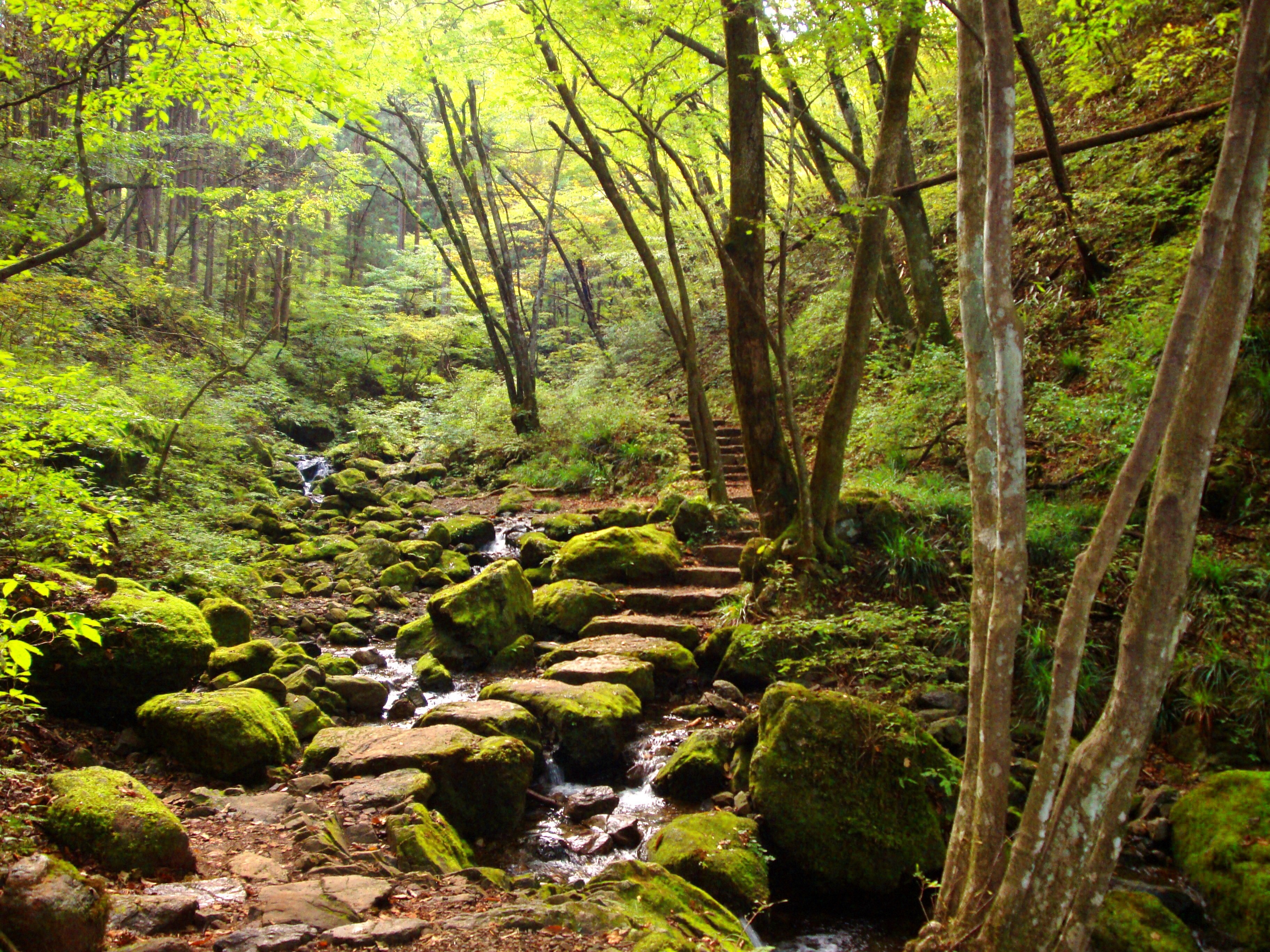 Other than that, there is also one of Japan’s most beautiful Shinto shrine called the Mitsumine Shrine. The shrine is popular with their wolves’ rock statues because the locals believed that these wolves can shield them from fire and theft. The shrine has been around this area for over 2,000 years. 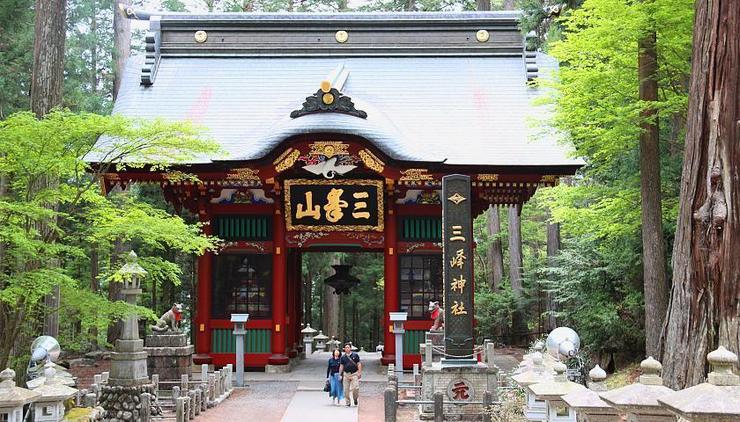 This place comprises natural ravines such as Nishizawa and Mitake-Shosenkyo. Nishizawa is recognized for their multiple levels of waterfalls and Mitake-Shosenkyo is known for the beautiful place to see autumn leaves changing its color. It was named as a Special Place of Scenic Beauty in Japan. The water that comes from within Chichibu-Tama-Kai National Park is said to be the main water sources for Tama River and Arakawa River. 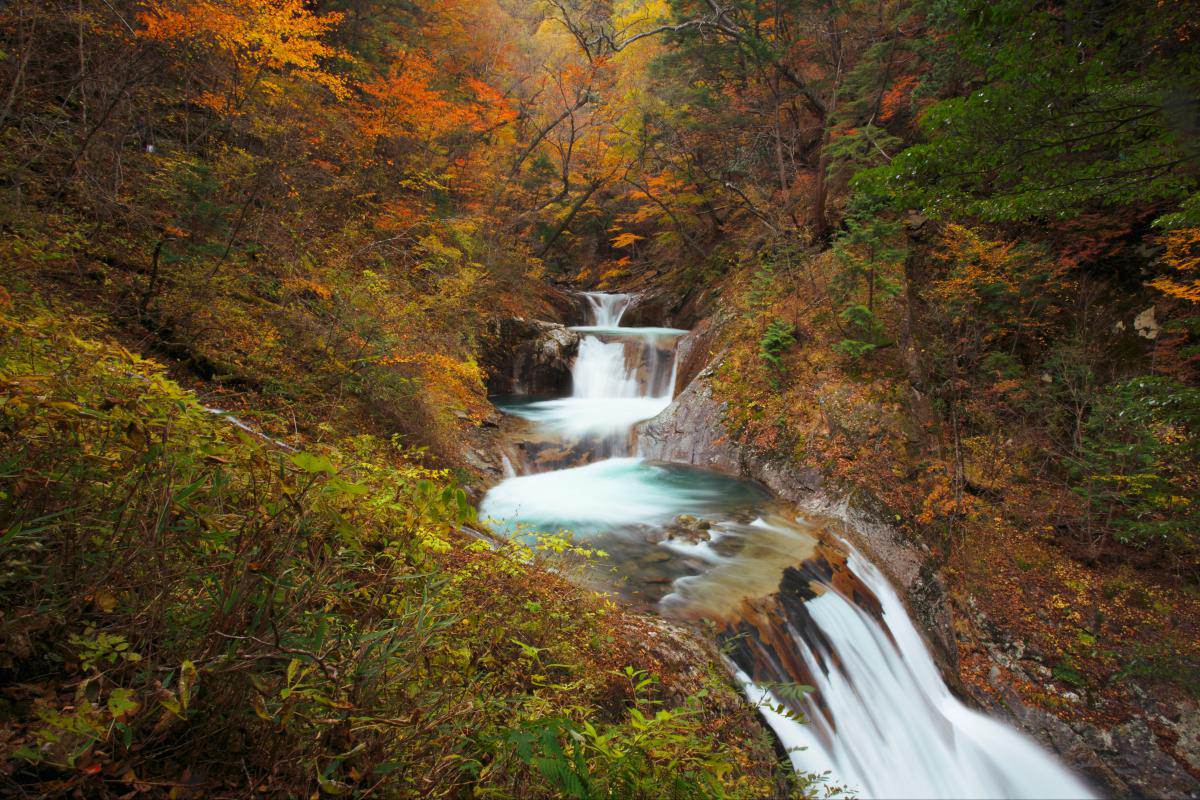 Although this national park is not visited as frequently as other parks in the Kanto region, the attractions such as the history behind the shrines and the spectacular view of waterfalls and mountains will surely gain attention from tourists in the coming years. For accommodation near Chichibu-Tama-Kai National Park, try the Masutomi Onsen or Mitsumine Onsen. These onsens are near to the national park and easy to access too.

There are other national parks you should continue to discover in the Kanto region, for example, Ogasawara National Park and Fuji-Hakone-Izu National Park. Each of them provides you with a great nature experience and take good care of the environment while you’re in the parks.