Yufuin: An Underrated Hot Spring Town No ratings yet.

Muslim-friendly & Halal Restaurants in Hyogo Prefecture No ratings yet. 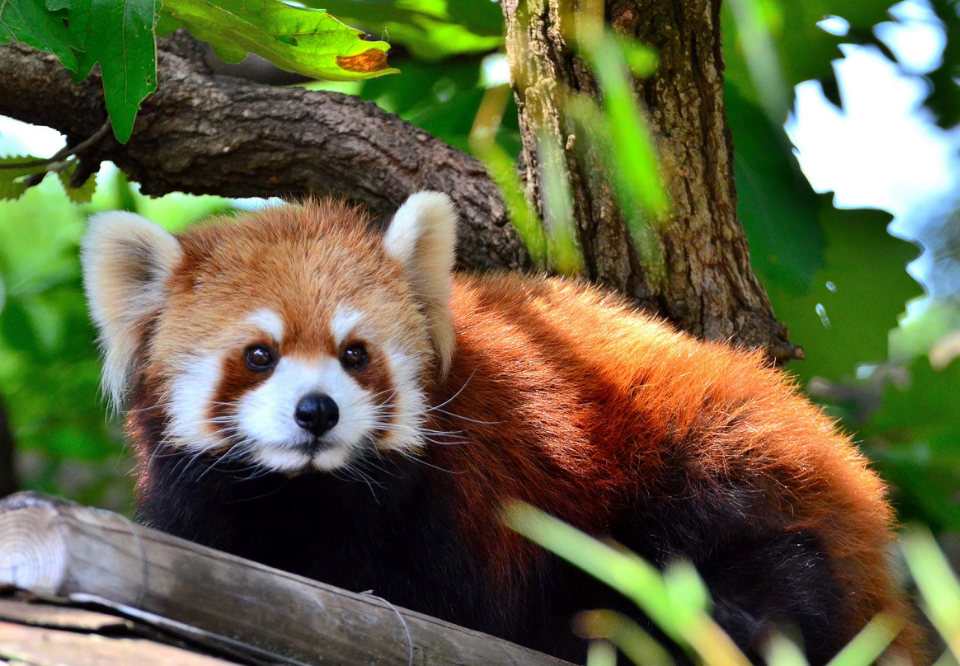 As one of the first ports to be opened for foreign trade following the end of Japan’s isolationist policy, Yokohama is a modern metropolis with an international vibe and one that still retains its historical charm despite the futuristic appearance. In this article, we will continue to look at some of the popular attractions in Yokohama. Click here to read the Part 1 article. 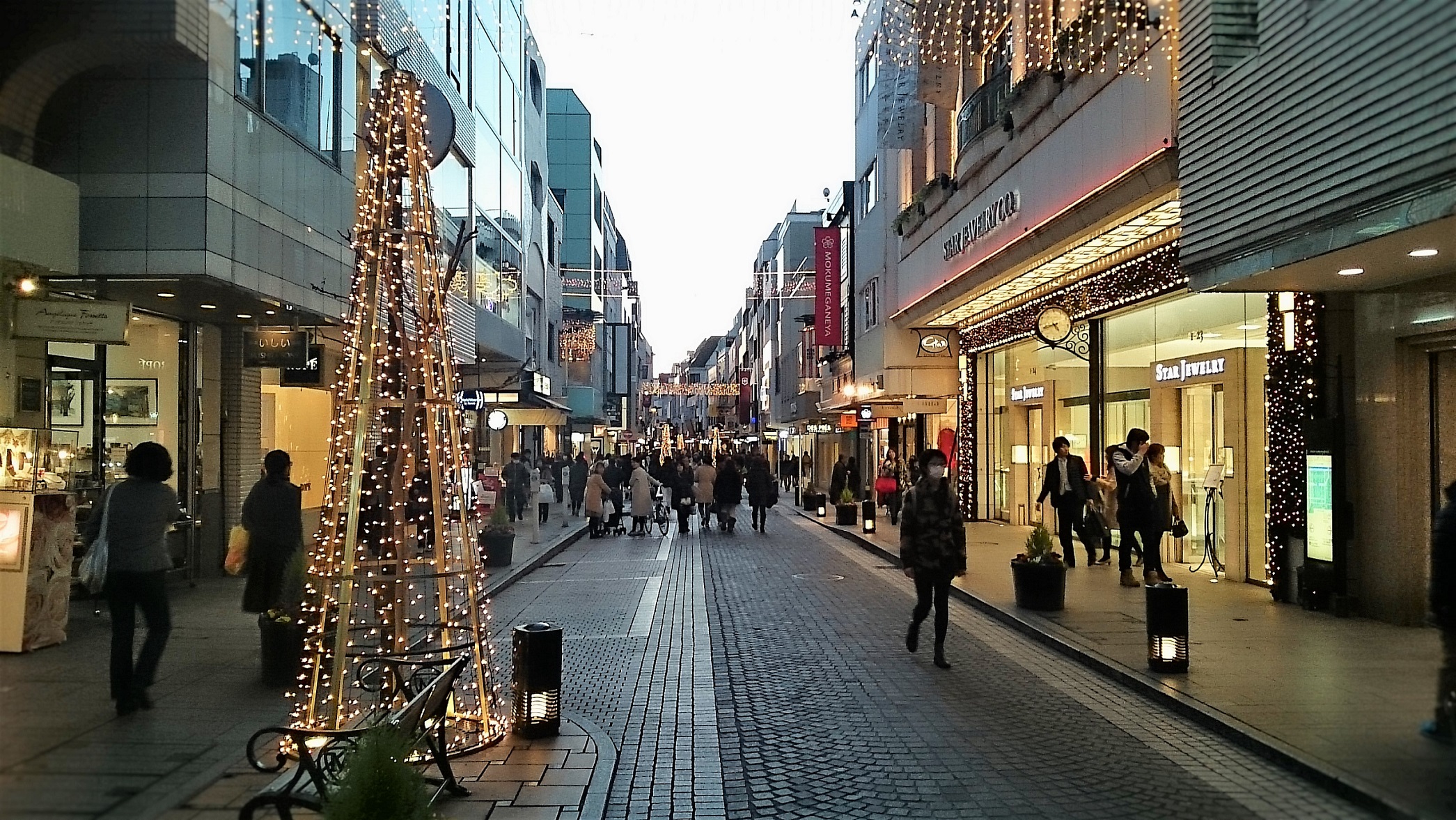 Also known as The Bluff, Yamate was the residential area for the Westerners in Yokohama until the Meiji period. It is a hilly neighbourhood marked by a number of Western-style buildings and parks, offering visitors a glimpse of Yokohama’s past as a port for foreign trade.

One of the popular sights here is Motomachi Shopping Street. It is lined with boutiques, bakeries, cafes, cutlery shops and variety stores, including many upmarket, quality foreign brands. There is a European feel to the place, having previously served the needs of the foreigners living in the area and helped to introduce Western culture to Japan. 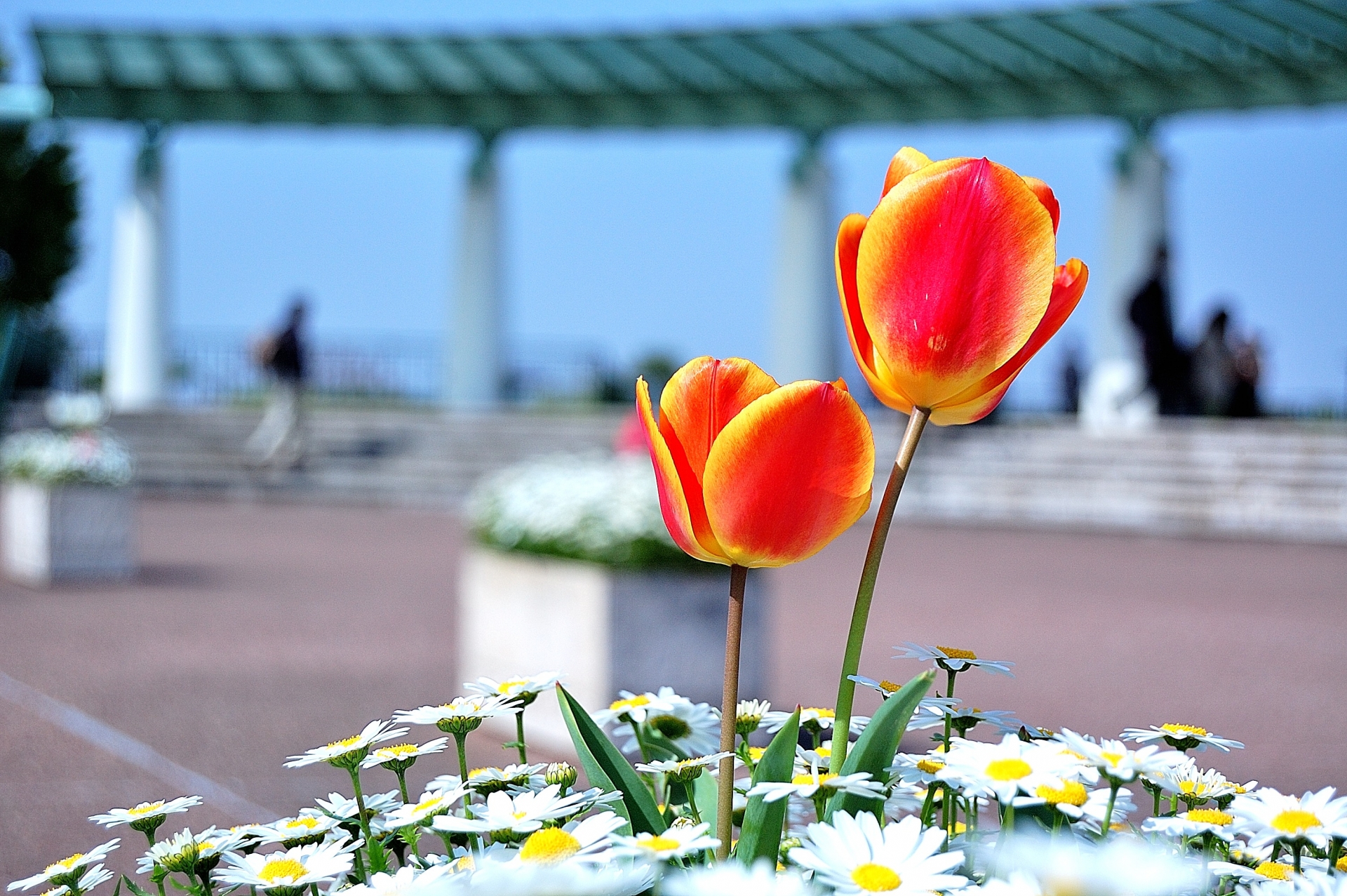 The Minato-no-Mieru-Oka Park, also known as Harbour View Park, is another must-see. Located atop a hill overlooking the port of Yokohama, the park is bordered by the former British consular residence and is famous for rose flowers which are in full bloom from April to June and from October to November. The western-style park also features a fountain and an observation deck which offers a panoramic view of Yokohama Bay Bridge.

Be sure to check out also the Western-style houses once served as the residences of the foreign traders. They are now open to the public, visitors can enter and have a look at the interiors of these houses for free. Among the notable ones are Berrick Hall, Bluff No. 111, Bluff No. 234 and Ehrishmann Residence, which are located not far from the Harbour View Park. 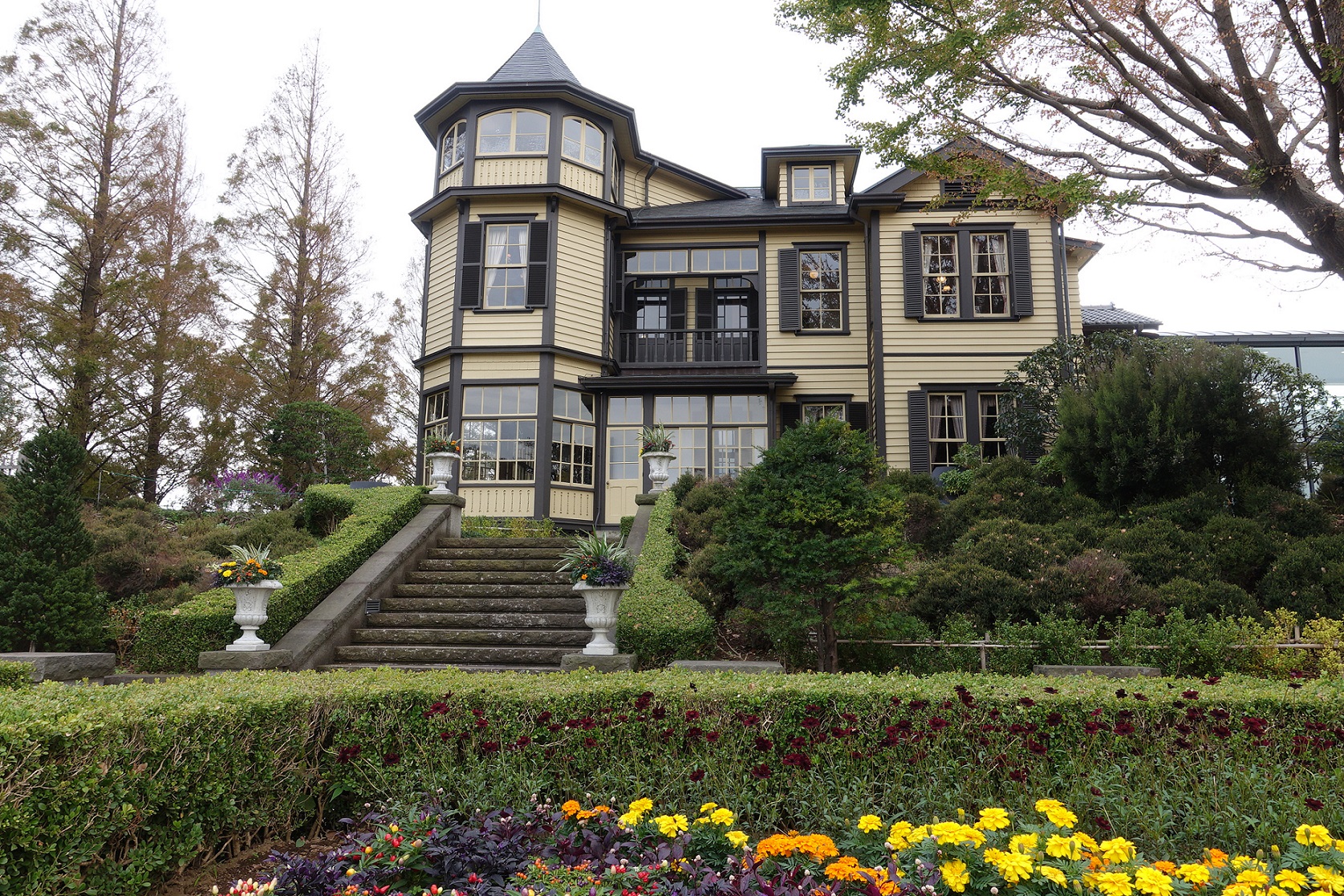 A little farther away is the Home of a Diplomat which overlooks the beautiful Yamate Italian Garden. An Important Cultural Property, the Victorian-style residence was the home of Sadatsuchi Uchida, a prominent Japanese diplomat during the Meiji and Taisho eras. It was built in 1910 and relocated here from Shibuya, Tokyo in 1995. Just nearby is Bluff No. 18, another Western home that was later used as the parish house of the Yamate Catholic Church until 1991. 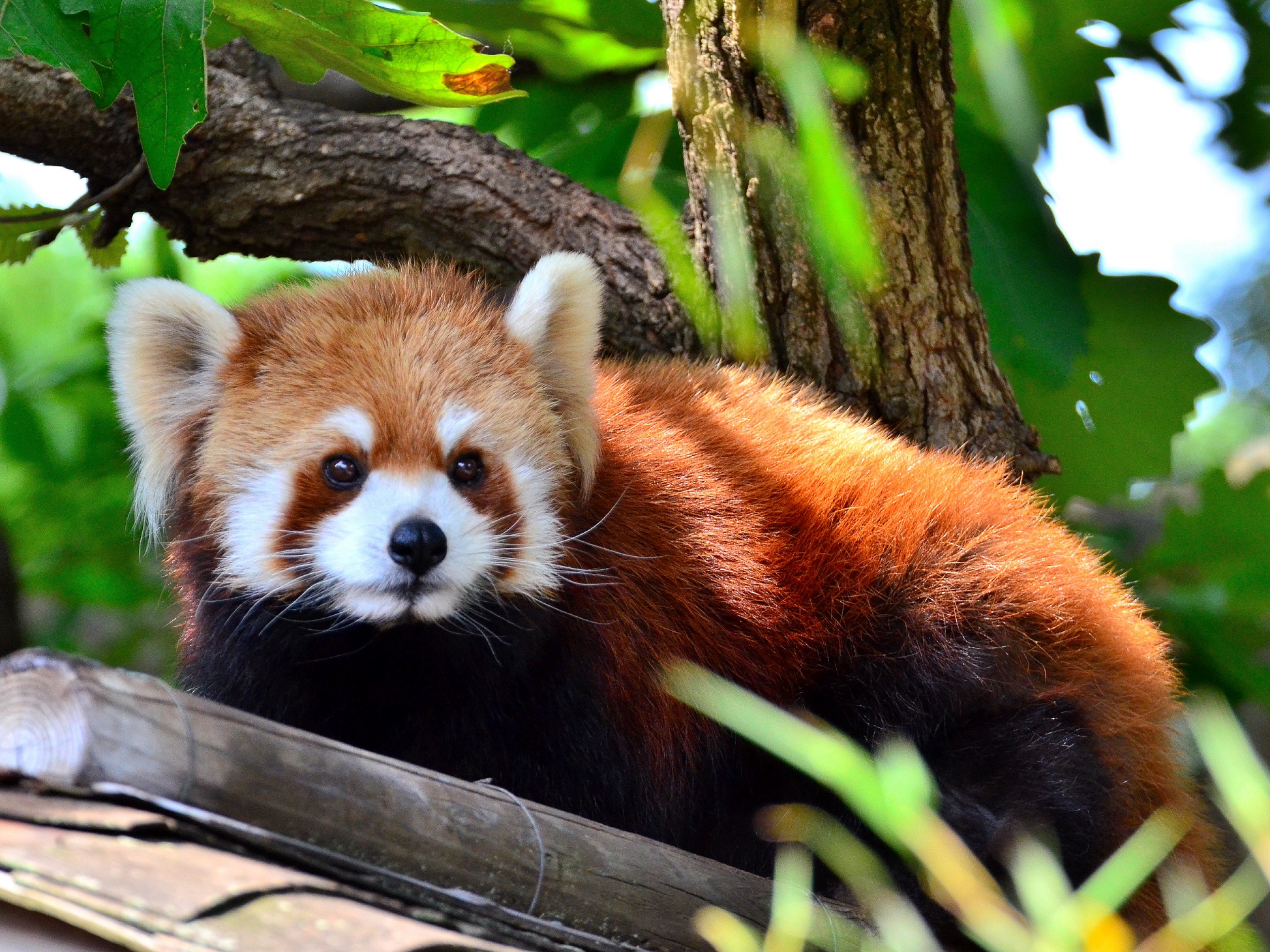 Established in 1951, this well-loved zoo is the first zoo to be opened in Yokohama. Featuring about 100 species of animals including reptiles, birds, and mammals, it is a wonderful place to visit with your kids, most importantly, it is free!

The star at Nogeyama Zoo is the red panda, which is no surprise given how cute they are. The chimpanzees, giraffes, lion, and penguins are very popular too! The design of the enclosure allows you to see the animals relatively up close, while the feeding times are also accompanied by staff explanation – it is informative if you understand Japanese, and still interesting even if you don’t. The zoo also has a section called Nakayoshi Hiroba, which is a petting zoo featuring small animals such as mice, guinea pigs, and chickens. The children totally love it! 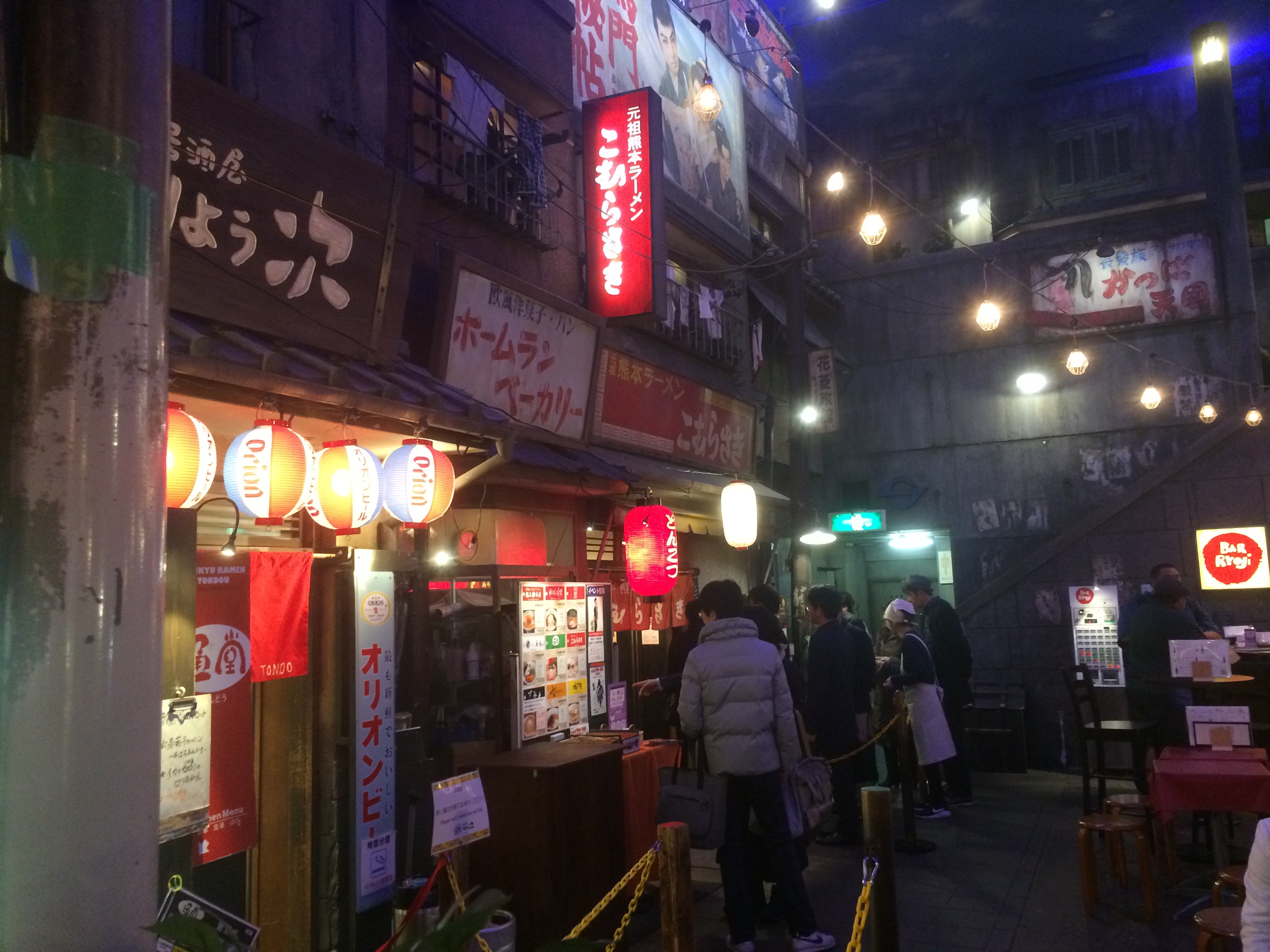 This one and only ramen museum has a floor dedicated to ramen and its history, and two basement floors dedicated to eight select shops that serve up different varieties of ramen from all over Japan and even from overseas. Most interestingly, it oozes retro charm with an interior that recreates the 1950s Showa-era streetscape.

Note that some of the ramen shops actually have vegan/vegetarian options for Muslim and vegetarian visitors. Besides, all of the shops serve mini-sized portions, so you can try and compare several restaurants to find out which one your favourite is. Inside the museum building, there are also a souvenir shop, café, izakaya and a dagashi (old-fashioned sweets) shop. There is a prayer room with a prayer mat and Qibla compass too! 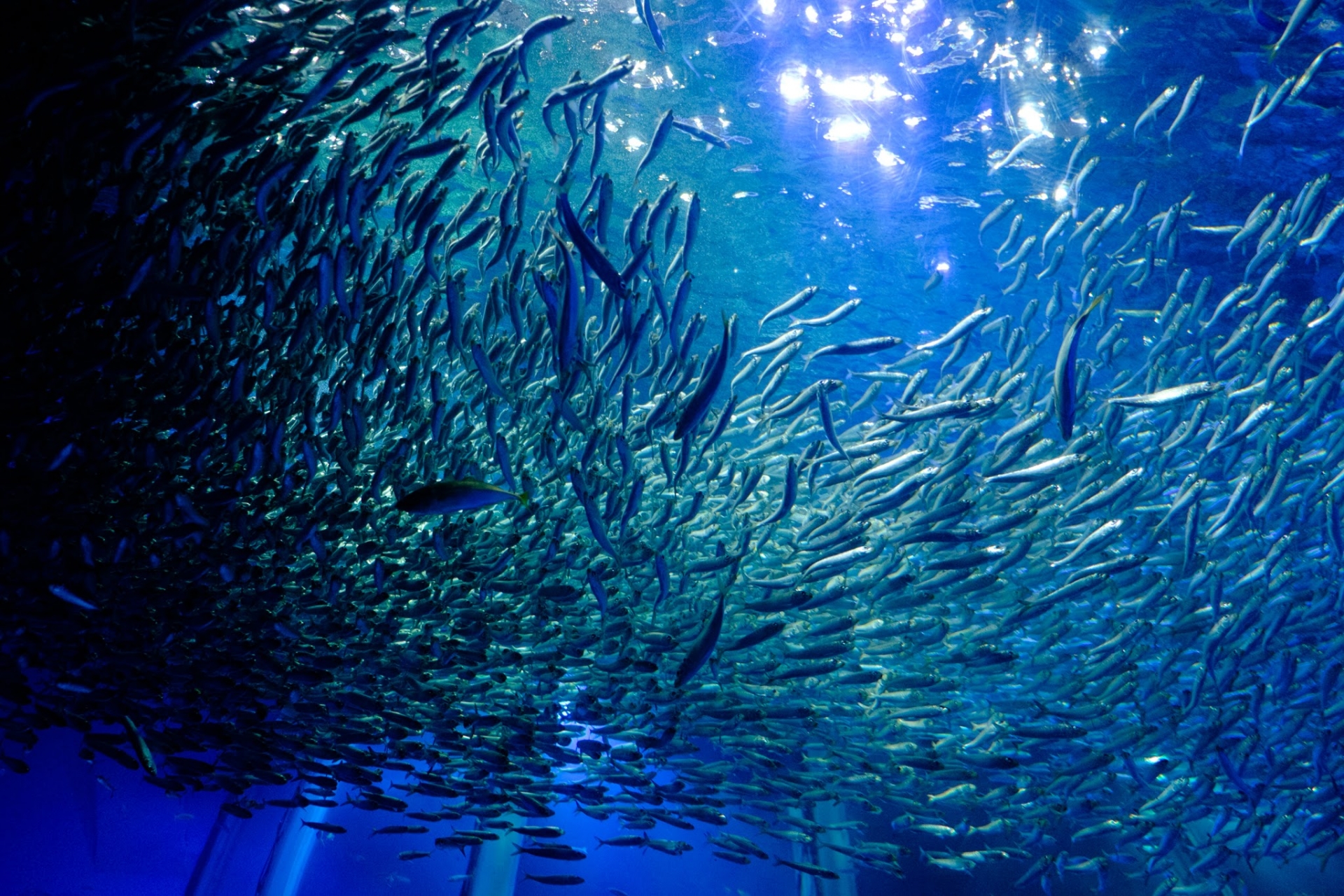 Located on a small island in southern Yokohama, Sea Paradise is a popular theme park with two major attractions: Aqua Resorts (aquarium) and Pleasure Land (amusement park). It also has a shopping area, restaurants, and a hotel.

The Aqua Resorts house one of the largest tanks in Japan, displaying over 100,000 creatures including sea lions, polar bears, whale sharks, stingrays, and more. There are also underwater tunnels which visitors can walk through and watch dolphins and other fish swimming around. Also popular are the animal shows, as well as the Fureai Lagoon where visitors can touch and interact with some of the park’s residents such as walrus and penguin. 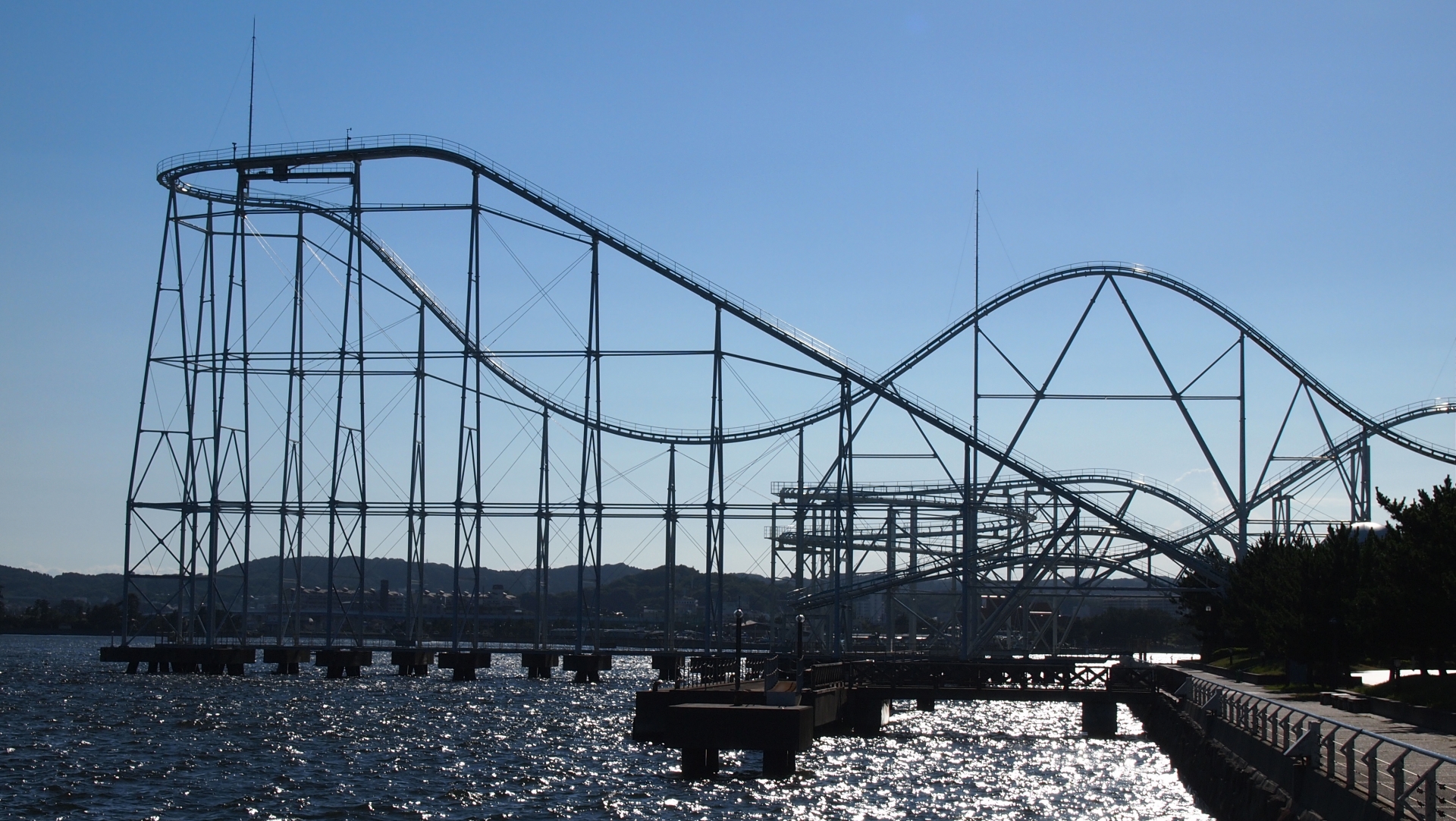 At Pleasure Land, there are more than a dozen attractions cater to guests of different ages. For thrill seekers, don’t miss the magnificent Surf Coaster with loops that jut out over the sea, and the Blue Fall which lets you plummet from a height of 107 metres! 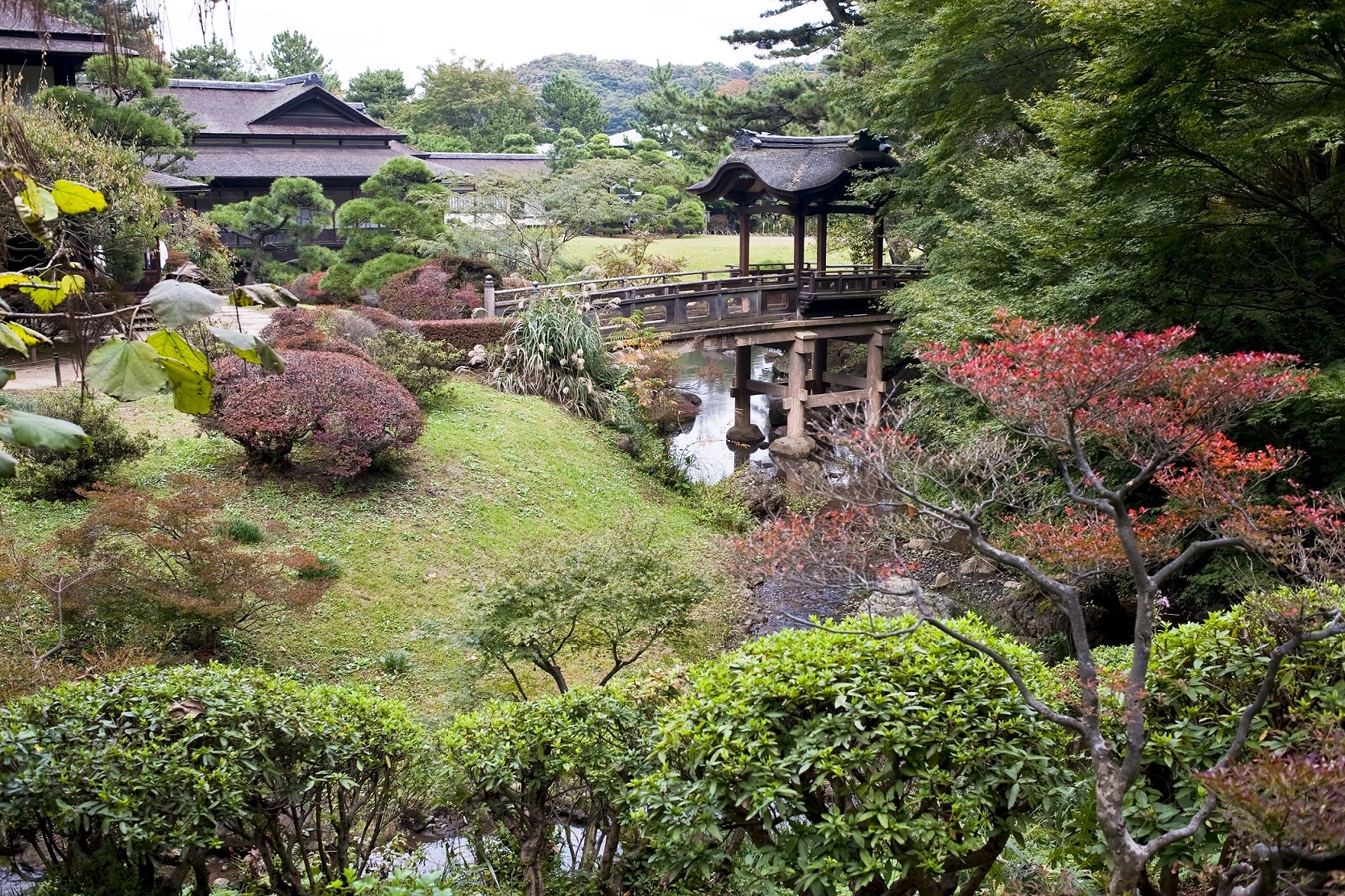 Once the private property owned by a wealthy silk trader named Sankei Hara, this exquisite Japanese garden features tranquil ponds, flowing streams, undulating paths, as well as a number of precious historic buildings relocated from all over Japan. Among the notable structures here is the three-storey pagoda of the old Tomyoji Temple dating back to the 1400s. Moved from Kyoto to the current location in 1914, it is one of the 10 National Important Cultural Properties which can be seen at Sankei-en. 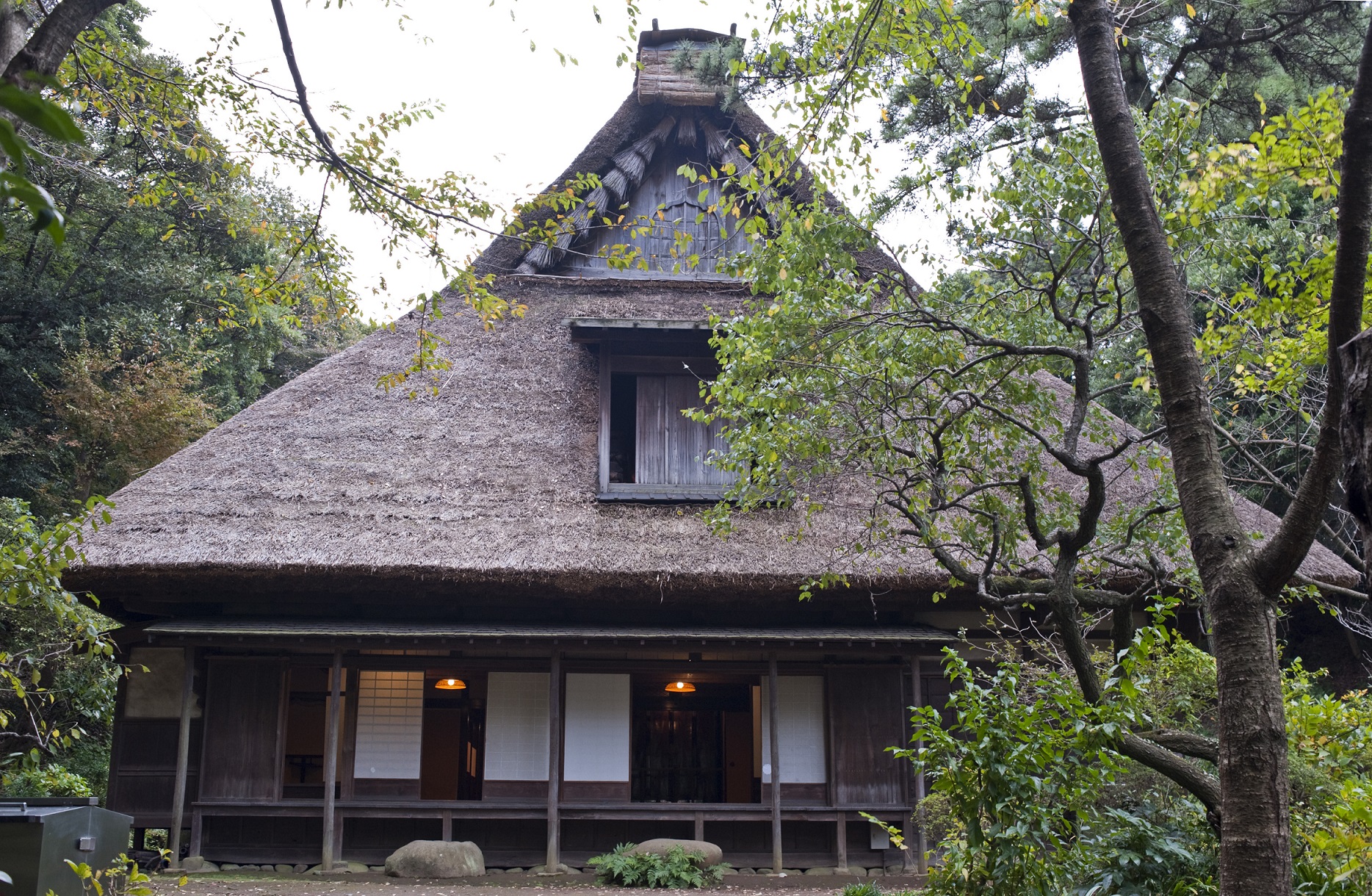 The garden is also known for its seasonal flowers, adorned with Sakura in spring, lotus in summer, colourful leaves in autumn and plum blossoms when the winter is almost over. It is a great place for taking in the beauty of traditional Japan in a global metropolis like Yokohama.

Access: At the Yamashita-cho bus stop near Exit 4 of Motomachi-Chukagai Station, take city bus no.8 or no.148 to Sankeien-iriguchi stop and walk for 5 minutes. 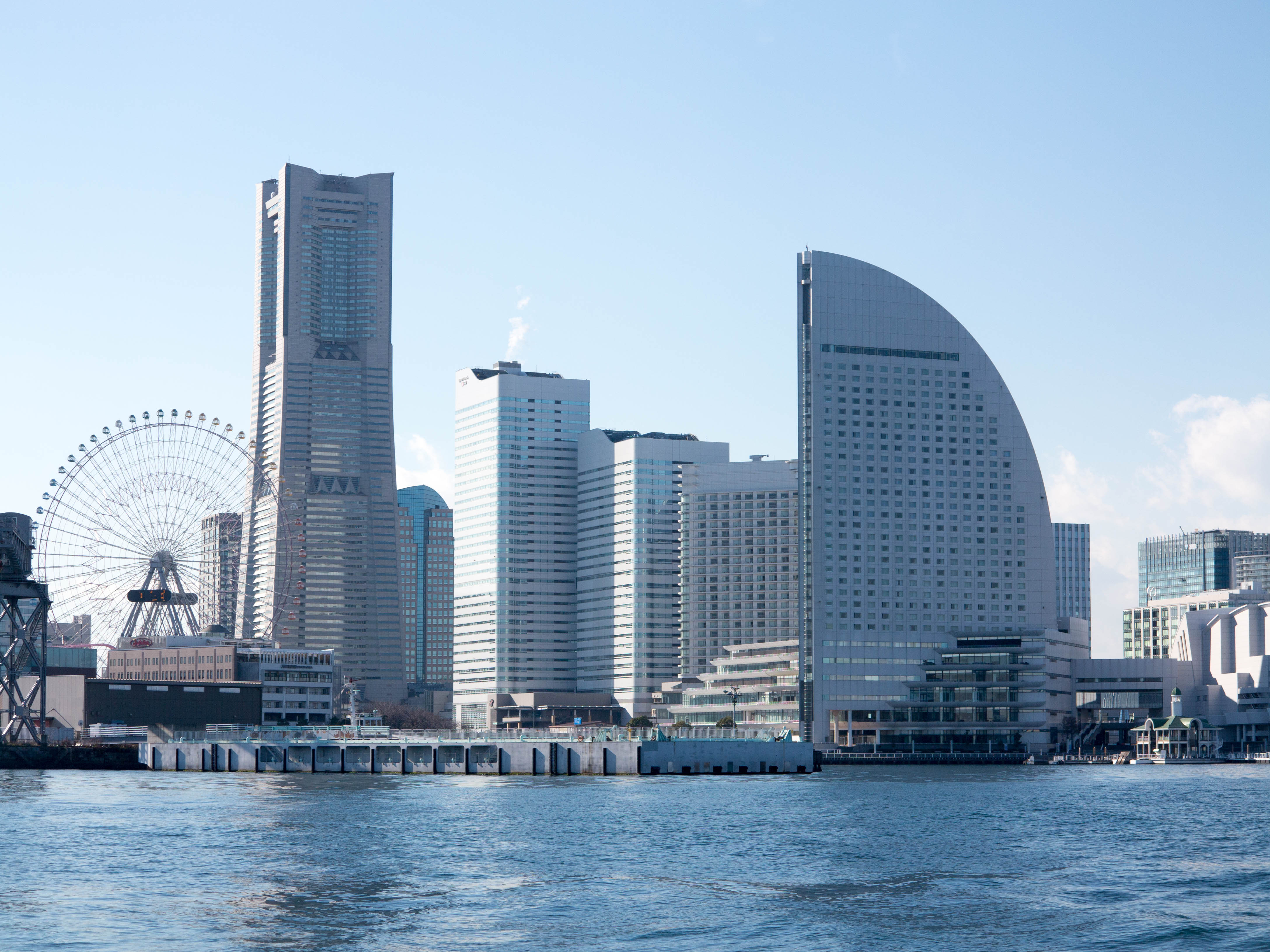 Yokohama is a port city, so why not see the city from another perspective by taking water transports? Sea Bass is a popular mini cruise (water bus) that travels between Yokohama Station East Exit and Yamashita Park with stops at Minato Mirai and Red Brick Warehouse, allowing passengers to take in spectacular views of Yokohama from the water, with a cool breeze of the sea too!

The fare and travel time differ depending on your destination, for example, the shortest route takes only 5 minutes and costs 350 yen one way. On average, there are four departures every hour. On weekends and public holidays, its night cruises called Illumination Cruise offer probably the best angle to enjoy the beautiful night views of Yokohama.