How to Travel By Bus to Nara, Japan

February Festivals to Attend Before Japan Hits Spring Season No ratings yet.

Mosques & Prayer Spaces in Kyushu Region No ratings yet. 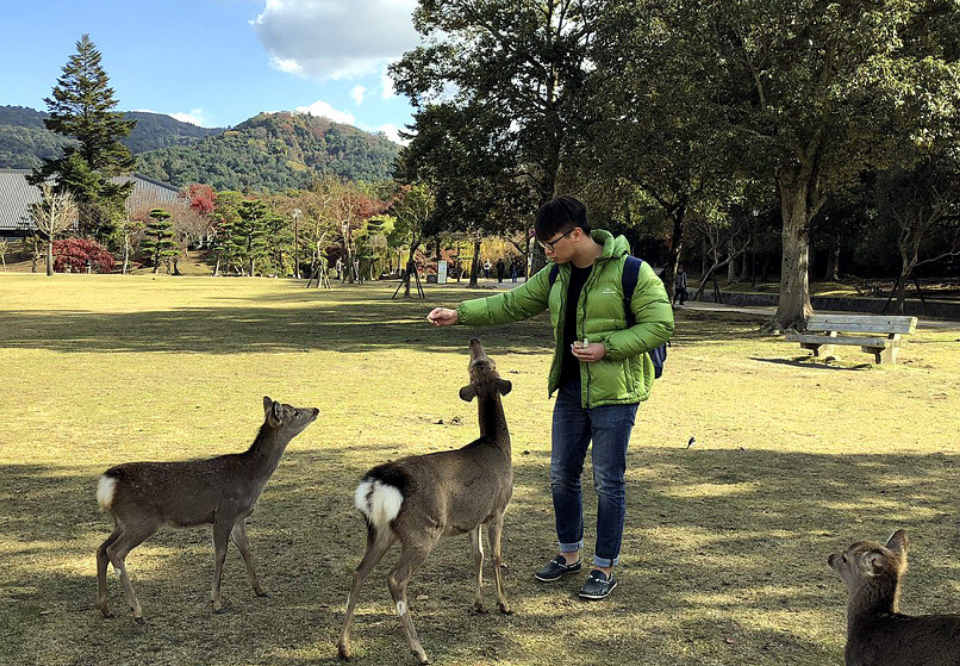 How to Travel By Bus to Nara, Japan
No ratings yet.
Tags: bus • kansai • nara • transportation •

One of the cheapest ways to travel around Japan is by using public or highway buses, and this is quite uncommon. But if you are on a budget trip to Japan, and want to visit other places, buses are probably the cheapest way to move around.

However, by taking a bus, you will require to have extra time on your hands, as bus journeys are always much longer than trains or cars. On a different note, it could also be a very interesting journey and a totally different experience in seeing Japan, while you can also save one nights accommodation by sleeping on the bus journey. 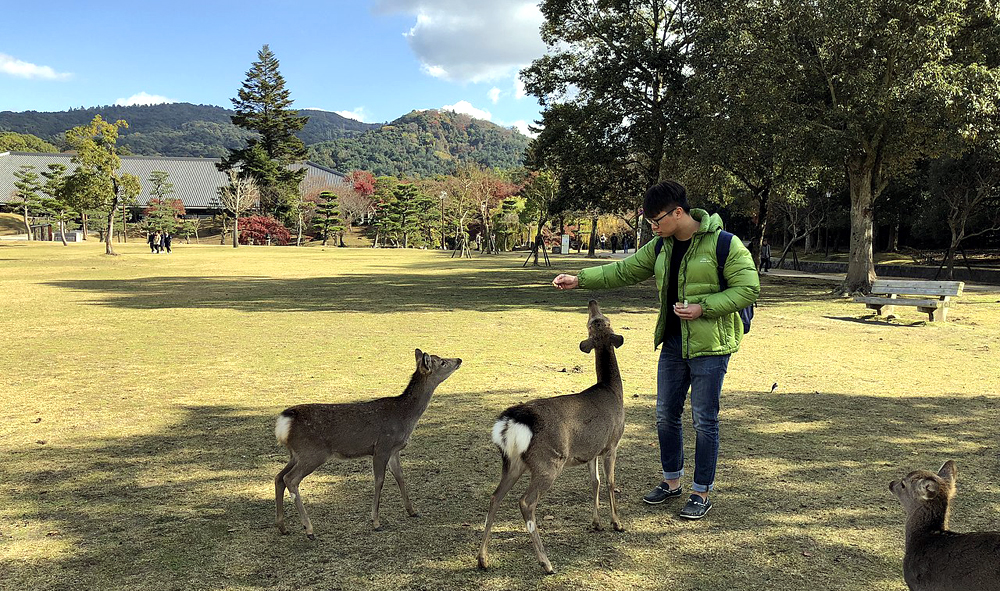 Nara is older than Kyoto and is getting to be popular. Photo Wikipedia.

This article will share some pointers on how to travel to Nara by Bus. Why Nara? Because it is one of the up and coming destinations as places like Kyoto are now getting too popular in terms of tourism, or over tourism.

Nara is located in the Kansai region and is a historical city of Japan. Also, Nara is even older than Kyoto, with numerous temples and shrines to visit, including the famous Todaiji Temple.

The article will also share two departing cities where you can take a bus to Nara, which is Tokyo and Osaka. Also, you must take note that the Japanese are super punctual, hence they will leave on the dot, and if you are late by 30 seconds, you will miss your bus. 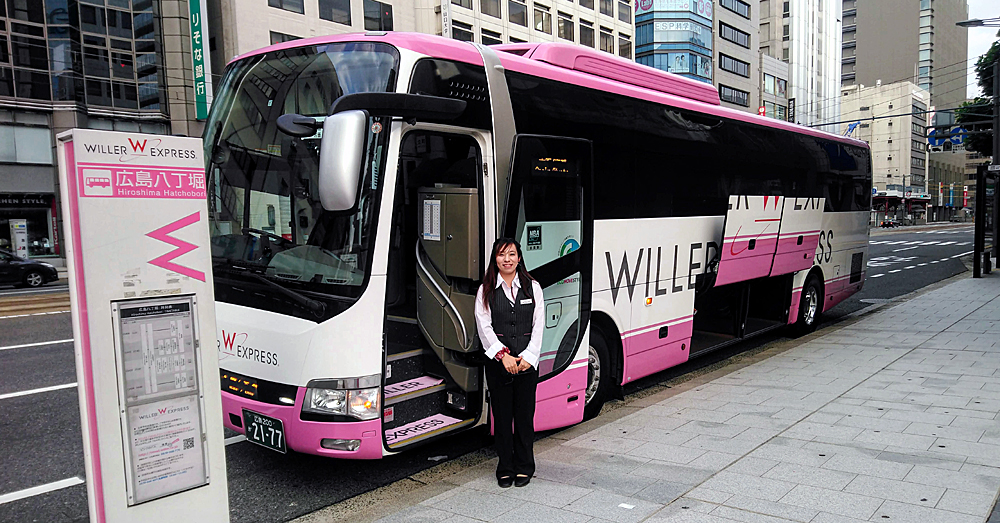 Willer Express Buses at their pick up points in Tokyo.

Bus from Tokyo to Nara

There are two main stations where you can take a bus from Tokyo to Nara, and they are at the Tokyo Station or at the Shinjuku Station.

From Tokyo to Nara, the bus journey will take around nine hours, and making one or two stops along the way. This is also a night journey, so most travellers will sleep along the journey to Nara. Buses also depart around 9.00 PM to 11.00 PM and arrive in Nara as early as 6.30 AM.

The price cost around ¥4000 to ¥8000 per person, and it depends on the type of bus you are taking and also depending on the season. Of course, peak holidays season tends to be a little more expensive.

The Kanto Night Buses to Nara from Tokyo. Photo Wikipedia.

One of the bus companies called Yamato Bus departs from Shinjuku Keio Plaza Hotel at 11.00 PM, and arrives at the Gojo Bus Terminal in Nara at 8.05 AM. The bus also makes a total of 11 stops before arriving in Nara City. This bus does drop off’s at various train stations just before Nara too.

A second Yamato Bus starts off at JR Tsudanuma Station at 8.43 PM and makes various pickup stops at popular locations around Tokyo before heading to Nara. So if you are staying around these areas, you can just look for the pickup point nearest to you. 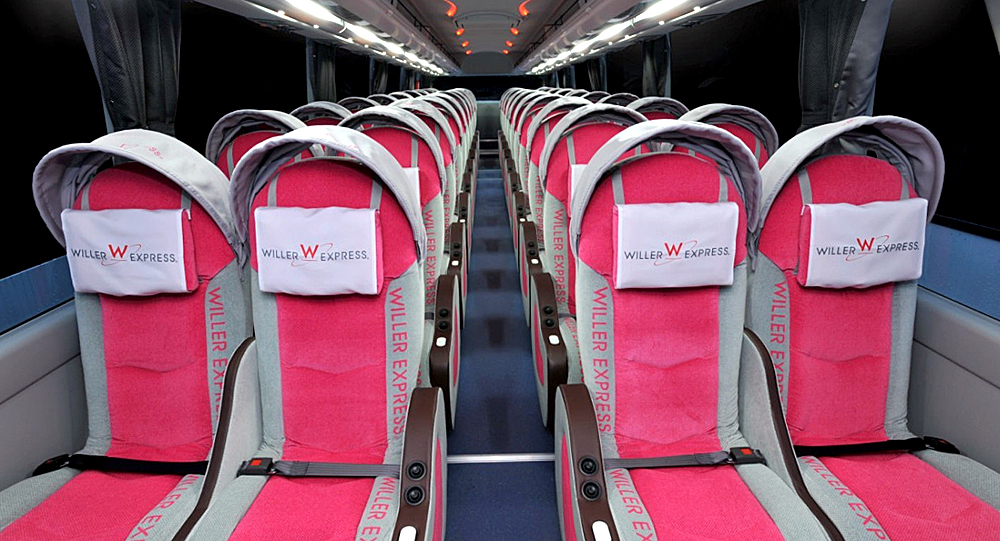 Inside one of the Willer Express Buses to Nara.

Bus Companies That Service the Tokyo to Nara Route

There are three main companies that provide bus service to Nara from Tokyo, and they are;

Each of them has their own routes, pick up points and also stops, and prices vary among the bus companies. 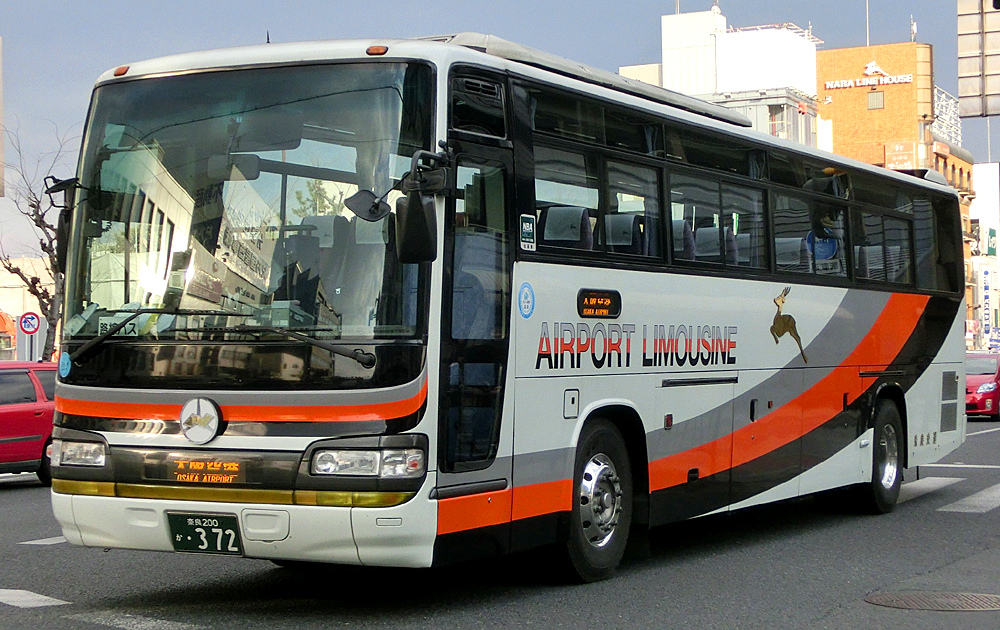 Bus from Osaka to Nara

From Osaka, it is only 40 kilometres to Nara, and trains are of course the fastest way to travel here, but again, if you are doing a budget travel, the bus is always the cheapest alternative for travelling here.

The only place where you can get a bus is from the Kansai Airport in Osaka. Here, you can find the Airport Limousine Buses that travel to Nara from terminal one and two. From terminal one, look for Gate 9, and for terminal two, look for gate 5, after you exit the airport, and head to the bus terminal area.

The airport limousine first bus departs at 7.40 AM, also makes stops at Tenri, Nara Hotel, Kintetsu Nara before the final stop at the JR Nara Railway Station at 9.10 AM. Buses also are hourly from KIX.

It takes around 90 minutes journey one way and the bus ticket price is ¥2050 for adults, and half price for children. You can use all credit and debit cards to make your bus ticket purchases.

If you somehow miss your bus, and choose a taxi to Nara from Osaka, it will cost you around ¥13,000 yen and will take you about 90 minutes journey. But honestly, most travellers will use the train service to Nara, as it is easier and much faster, and cost even cheaper than a bus journey due to the distance. 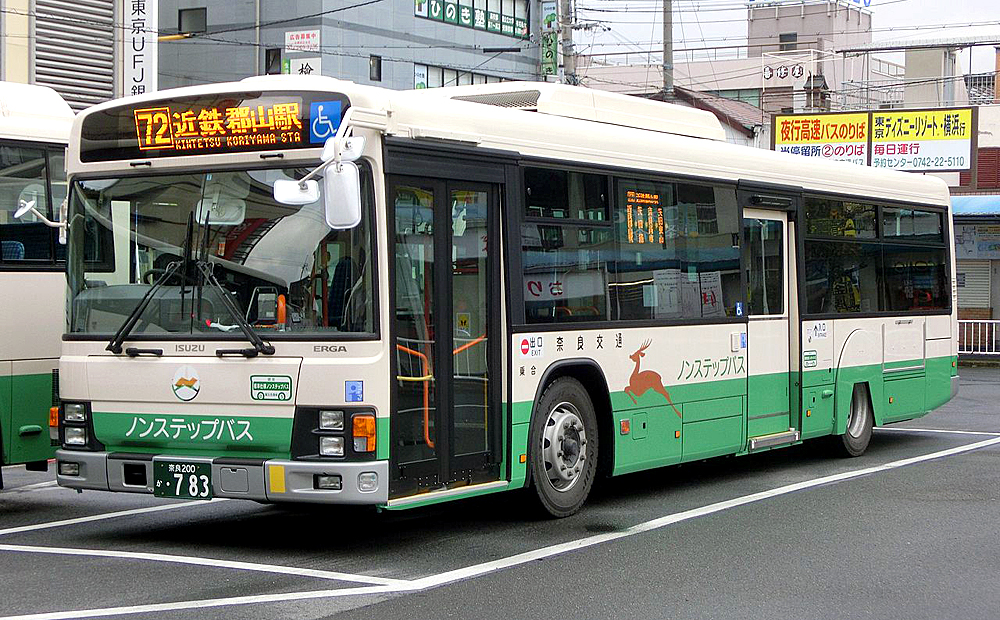 Once you arrive in Nara, the best thing you can do is to get the Nara Bus Pass, which allow you to have unlimited bus use around here.

There are various types of bus passes, and you should be careful in which you take, as some cover the main city and others cover the outskirts. They are; 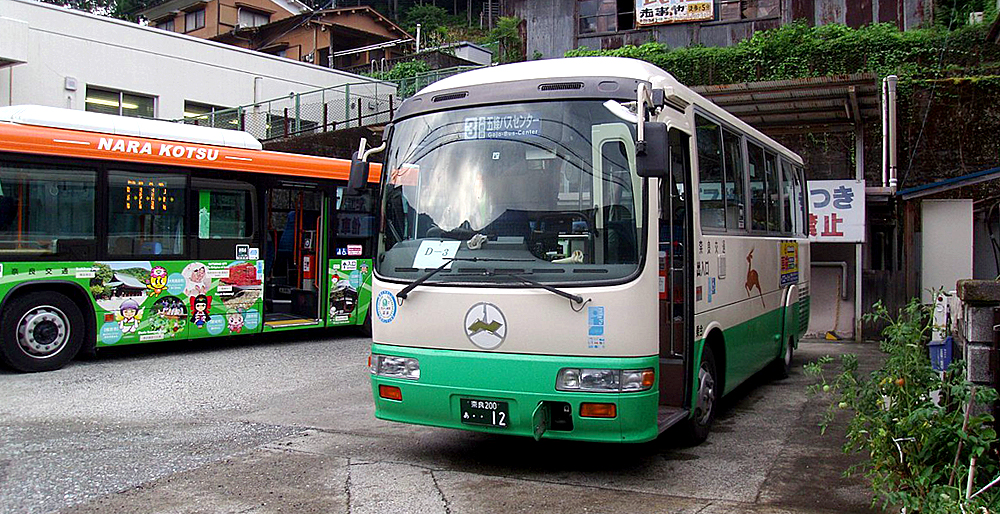 What one of the local small bus stations look like in Nara. Photo Wikipedia.

This option would make your travelling around Nara much easier and of course, much cheaper than taking the trains or a taxi.

Again, travellers should know that the Japanese public transport system is spot on time, and when they say 8.17 AM, it means 8.17 AM, and not a minute late. So, please be early to catch your buses or trains when you are in Japan.