Hop onto a Tram to discover historical Kyoto 5/5 (1) 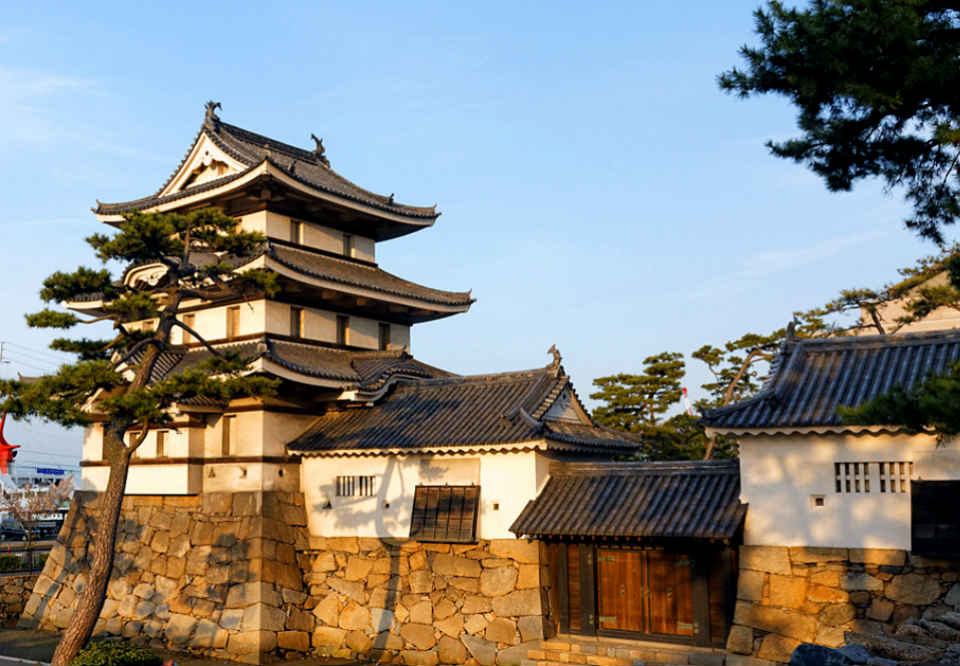 Shikoku is a destination new to many travellers, but it offers a uniqueness that is not commonly found in commercial destinations around Japan. As Shikoku island is connected to the main island of Honshu via road and bridges, getting here is quite easy, especially if you are travelling from Osaka, Kobe, Okayama or even Hiroshima. Overall, it takes about a two hours journey via train from Osaka to get onto the main island.

Once you are in Shikoku, you can start your amazing exploration journey to see some of the amazing castles here. One of the best ways to do this is by buying a Shikoku All Rail Pass that allows you to interchange with the many train systems on the island. 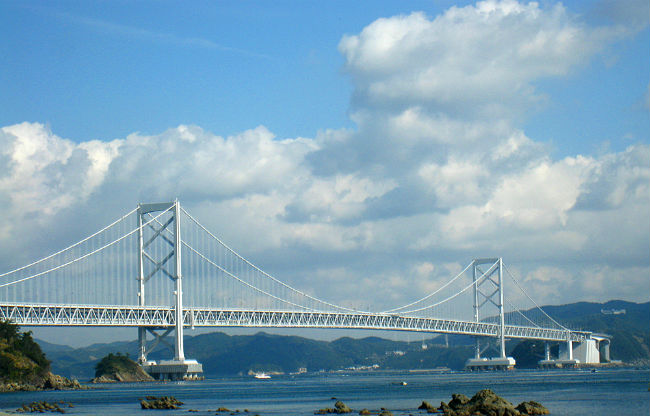 While Japan is known for their centuries-old castles, many regular visitors would have already seen or visited the famous Osaka Castle or even the Nagoya Castle. However, this article focuses on the four unique castles found on the island of Shikoku.

They are special in their own way where each of them was built in the sixteenth to the seventeenth century, holding over 300 to 400 years of important historical tradition. At each of the castles, there are mini-museums or showcases based on the era, owners and even the surroundings. 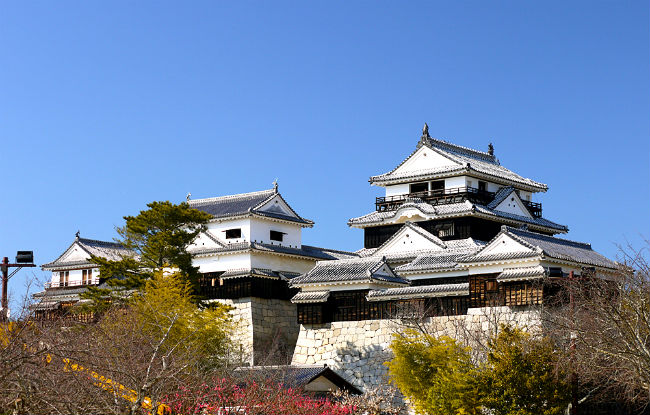 Built in 1602 by Kato Yoshiaki, Mastuyama Castle is located on Mount Katsuyama and stands at a height of 132 meters. Known as one of the best castles in Japan to visit, you can take the unique one-person ropeway or cable car to go up to this castle.

Matsuyama Castle is also one of the 12 original castles of Japan since the Edo period. Originally, the castle keep was a five-storey structure but was destroyed by lightning and rebuilt in 1820 to the current three -storey tower now. 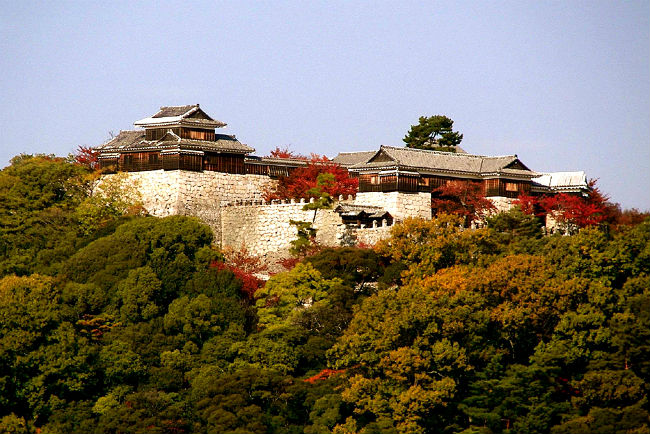 Alternatively, you can also walk up from the town area below as it takes only a few minutes. Visitors come here mainly for the amazing views at the top of the castle. Souvenirs stores are available and there is a beautiful Japanese garden at the foot of the hill of the castle.

If you are visiting during the cherry blossom season, the over 200 sakura trees planted around the castle is a beautiful photo spot.

As the castle is built on a hill, there are three ways to get up there: 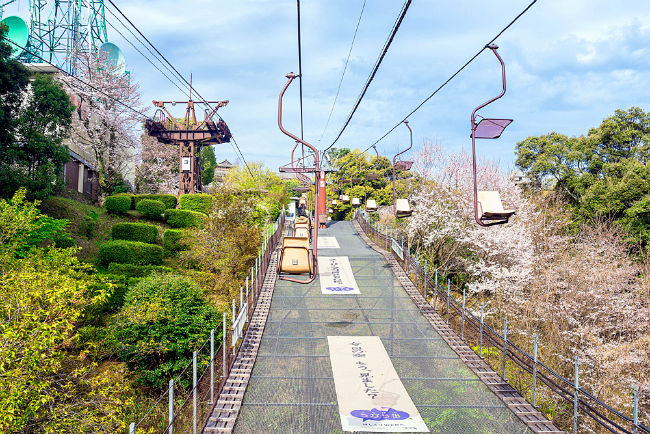 When you arrived at the top, you will find yourselves at the Ninomaro Garden, a beautiful landscaped garden made mainly from concrete and decorated with beautiful flowers. To get to the Matsuyama Castle, you can take tram Line 5 from JR Matsuyama Station. 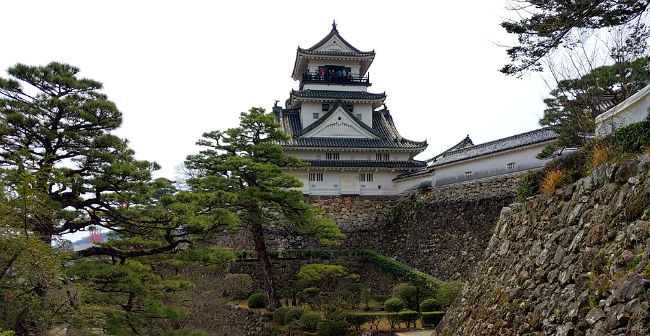 Kochi Castle was completed in 1611 by Yamauchi Kazutoyo, but was burned down by a massive fire in 1727. It was reconstructed to its original style and was completed in 1753. This castle is also one of twelve intact castles of Japan and is a National Treasure.

The 18.5-metre tall castle tower or donjon is registered as an “Important Cultural Property”, and has three external levels on six floors. The castle tower now serves as a museum with displays of photographs of other castles in Japan, a palanquin, models of samurai warriors and information on important historical figures. 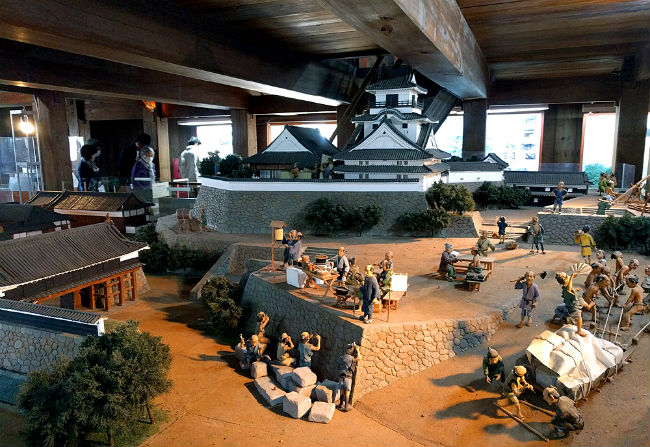 If you are a fan of Studio Ghibli, you may have seen Kochi Castle in the background of the popular animated film called “I Can Hear The Sea”. Around the castle, you would also come across multiple statues of historical figures.

As the castle is located near the main Obiyamachi shopping area of Kochi town, you can easily access this place from the west entrance of the shopping area. 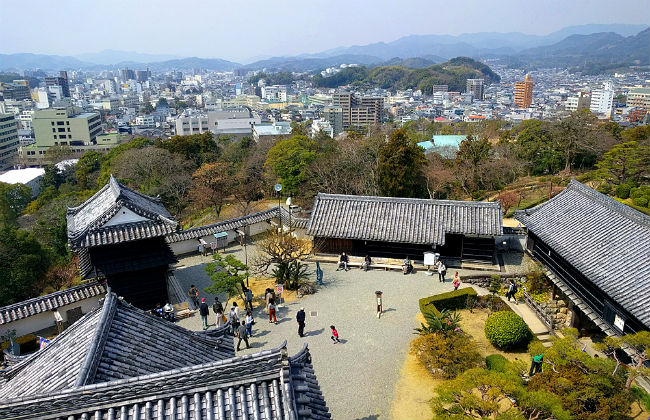 Kochi Castle’s main entrance is located at the end of Otesuji, where a popular Sunday market is held. You can also take the tram from the Kochi Station which is a scenic 15-minute ride. 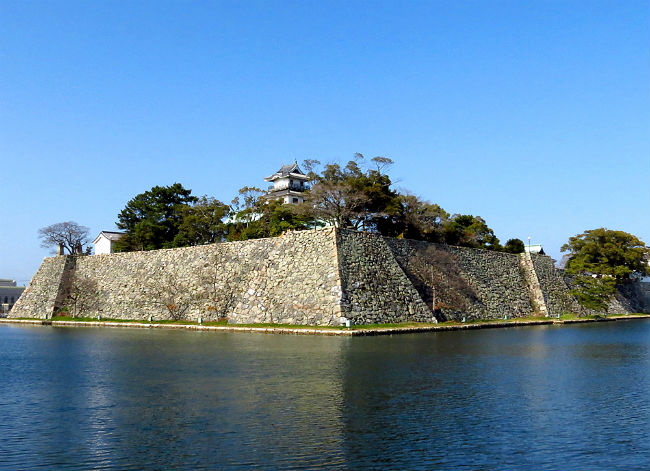 Built in the year 1604 by expert castle engineer Todo Takatora, the Imabari Castle is one of three great ‘water castles’ that features a vast seawater moat 60-meter in length, a high stone wall and a rare style of main gate. A unique philosophy mix of protection, living and gardening were incorporated into this castle.

Strangely, after the original castle tower was completed a few years later it was transferred to another castle in the Kyoto area. The current castle keep you see today is remade out of concrete in 1980, replacing the original wood castle. Apart from that, the castle underwent a massive reconstruction in the same year. 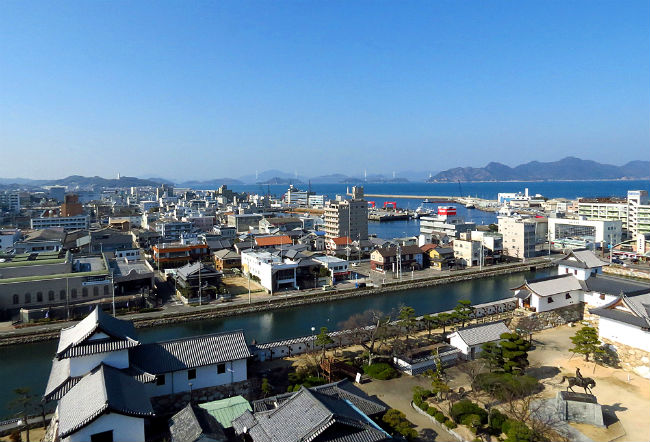 This prominent landmark of Imabari is so unique that the castle moat is filled with seawater tide. The five-storey castle also provides beautiful views of the surroundings from the top tower. At the castle grounds, there is a mini museum which is worth visiting and if you are coming after sunset, the Imabari Castle is lit up until 11.00pm.

The nearest train station to Imabari Castle is the Imabari Station on the JR Yosan Line. It is also a 10-minute walk from Imabari Harbor. 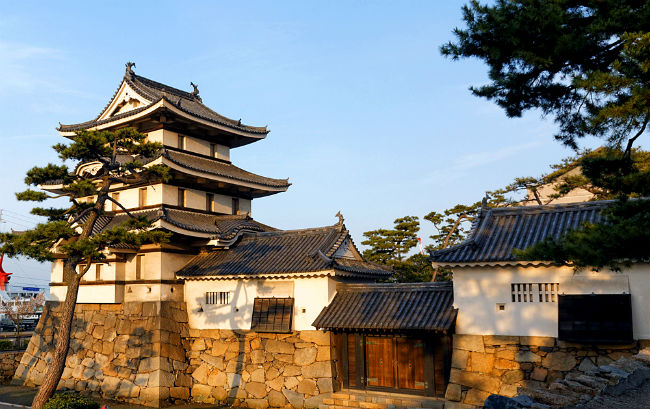 Also known as Tamamo Castle, the Takamatsu Castle is located in Takamatsu in the Kagawa Prefecture. This castle was built in 1590 by Ikoma Chikamasa, the first feudal lord of Takamatsu Domain. Sadly, the castle keep was destroyed during the Meiji period and today, only the castle walls and other surrounding structures are open to the public.

In 2013, the restoration of the castle tower’s foundation was completed after many years of effort and plans to construct the entire castle keep is still ongoing today. A special water gate is also seen around the castle moat, which uses sea water to fill it. If you are lucky, you can see sea fish swimming at times. 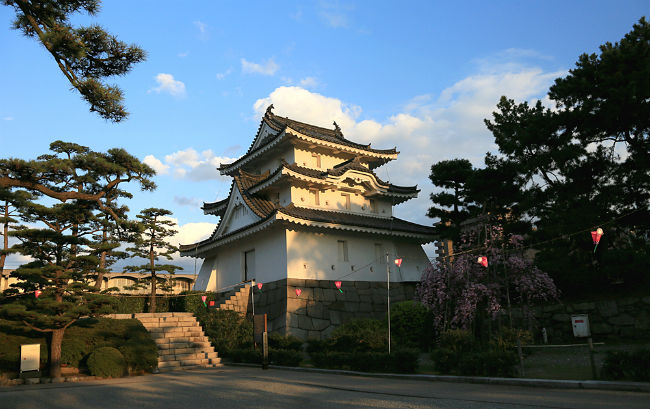 Another beautiful view of the castle.
Image credit: Swi-Hymn on Flickr / CC BY-SA 2.0

At the centre of the castle park, you can find the Hiunkaku building with large tatami rooms, which was constructed in 1917 as a residence and governmental office.

Takamatsu Castle is a short walk from JR Takamatsu Station, and directly next to Kotoden Takamatsu-Chikko Station.

In conclusion, if you love castles and history, do make a point to visit Shikoku island. With such rich history and cultural influences, you are sure to immerse yourselves in Japanese history all day long!