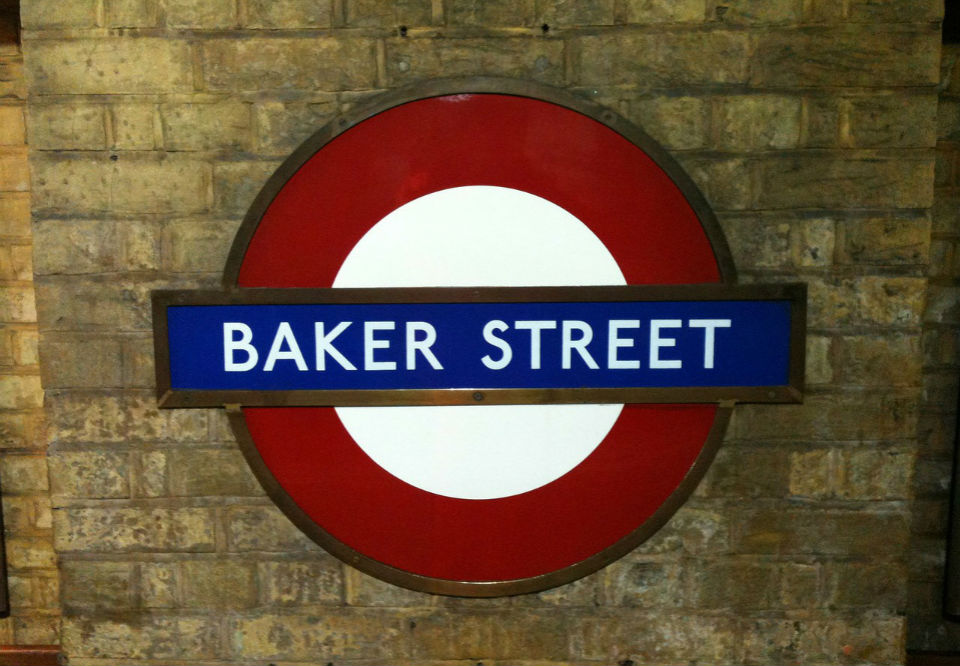 How much do you know about what Japanese people love? Besides their well-known kawaii culture and animation, one of the lesser-known things about them is their love for mysteries. Not sure if this is true? Think about anime series like Hyouka, The Melancholy of Haruhi Suzumiya, and Detective Conan. There’s a connection right there.

Besides animation, Japanese people also love mystery novels such as crime and detective fiction. Their mystery genre today is, in fact, the evolved inspiration from early Japanese modern mystery writers who were influenced by the West.

As such, many fan bases sprung up throughout Japan. One of it is the Sherlock Holmes fan base that has more than a thousand members. Besides that, this fan base was able to give dedication to the greatest detective who never lives and never dies. If you are a fan of the book or even the series, this is something worth taking a look!

In this article, I will recommend you a few places of attraction that are in connection to this fictional detective in Japan. It’s time to have a mystery adventure!

The Sherlock Holmes’ Room is located in the Kitano district of Kobe, specifically in an area called Ijinkan where there are many Western-style residences. These buildings were originally built in the 19th Century to serve as residences for foreign merchants and diplomats. 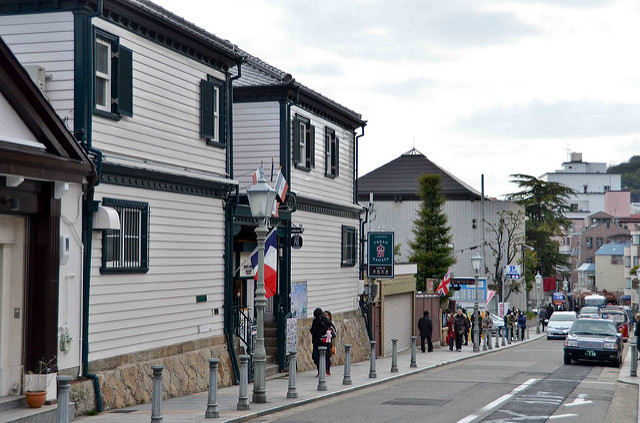 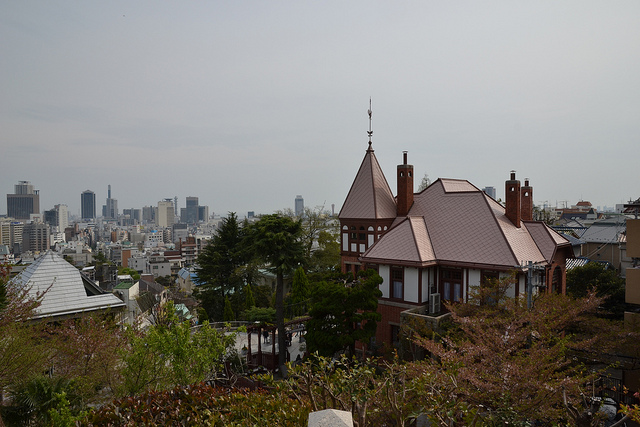 The Sherlock Holmes’ Room is located on the second floor of the English House or Eikokukan 英国館. The house is a British residence converted into a place of attraction. 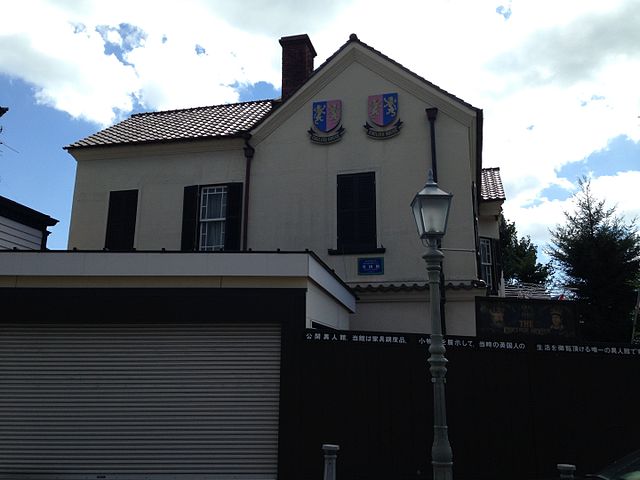 View of The English House from the street.
Image by Wikimedia Commons / CC BY-SA 4.0

The Sherlock Holmes’ Room is basically a replica of the great detective’s 221B Baker Street quarters. In fact, it is the first of such replica in Japan. Decorated with antique furniture and objects, there is definitely the Victorian era atmosphere. 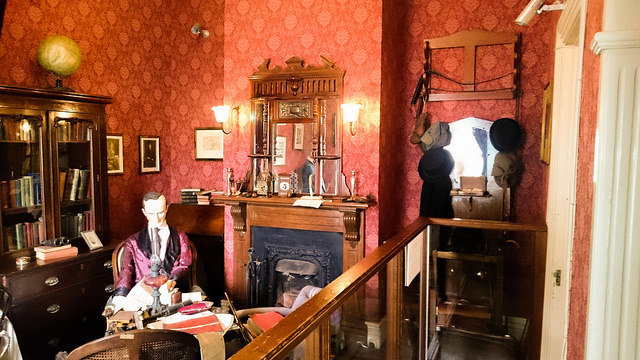 Image by Masayuki (Yuki) Kawagishi on Flickr / CC BY 2.0 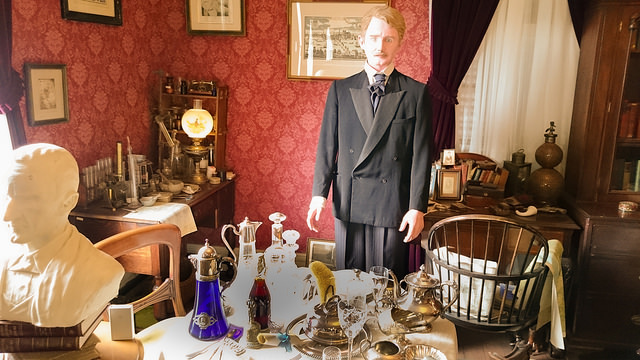 The fictional writer’s room.
Image by Masayuki (Yuki) Kawagishi on Flickr / CC BY 2.0

This is the writer’s room where Sherlock spend time thinking standing by the window. Besides that, you will enjoy looking at the details in the room. The antiques reflect the culture of Victorian England. 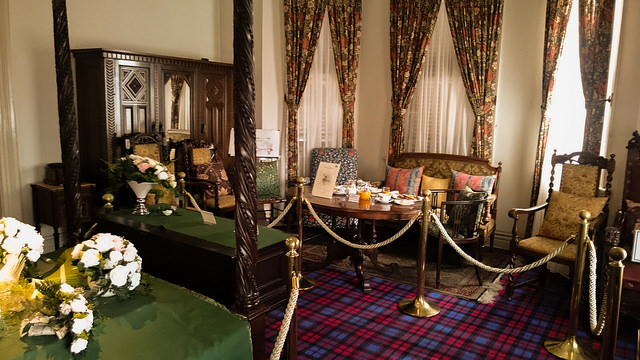 Image by Masayuki (Yuki) Kawagishi on Flickr / CC BY 2.0

While the second floor is preoccupied with the replica of the quarters, the first floor houses an English-style bar called King of Kings’ that only opens at evening. They serve a variety of good quality alcohol beverage from all over the world. If you are a Sherlock fan, don’t miss out on this! Sherlock himself is a drinker so do enjoy at least some alcohol here. The English house may look quiet on the outside, but the bar is lively during night-time.

Besides going to the English House, you can also enjoy a meal at a Sherlock Holmes’ theme food and beverage outlet in Tokyo. They too have Victorian England architecture and interior design. On their menu, they serve Western food and alcoholic drinks. 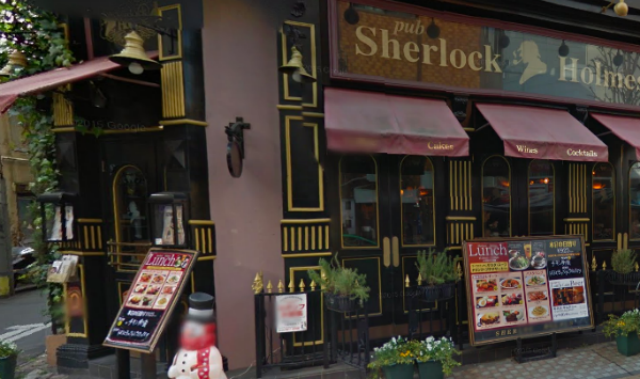 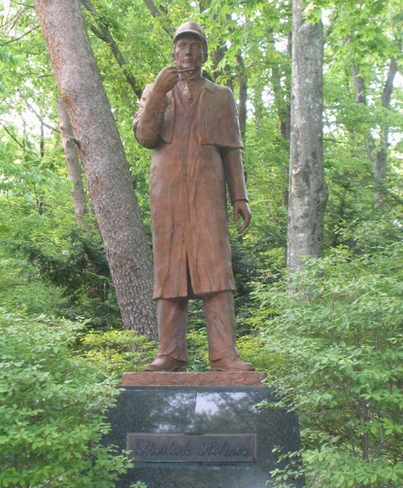 Now that you know where to go as a Sherlock fan, you can look forward to your future travels to Japan! If you are not a fan and but just curious about these places, just hop on the bandwagon! After all, it’s time to be adventurous, right?