Miyazaki’s Local Delights No ratings yet.

Best Hostels to Stay in Tokyo No ratings yet. 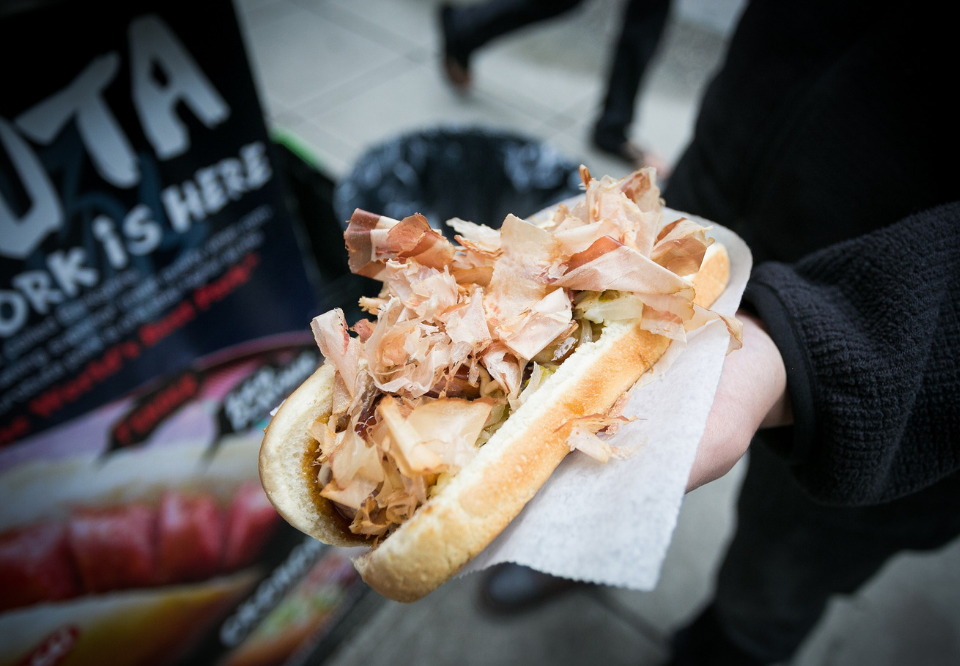 Popularly known as bonito flakes and often seen ‘dancing’ on top of takoyaki or okonomiyaki, katsuobushi is a dried skipjack tuna that makes a basic ingredient in Japanese cooking. If you have eaten Japanese food, then you must have tasted katsuobushi! Despite its importance, many people may not know much about it.

In this article, let’s learn about this Japanese pantry essential. Read on to find out the delicious secret of katsuobushi, the making process and even how to use it at home! 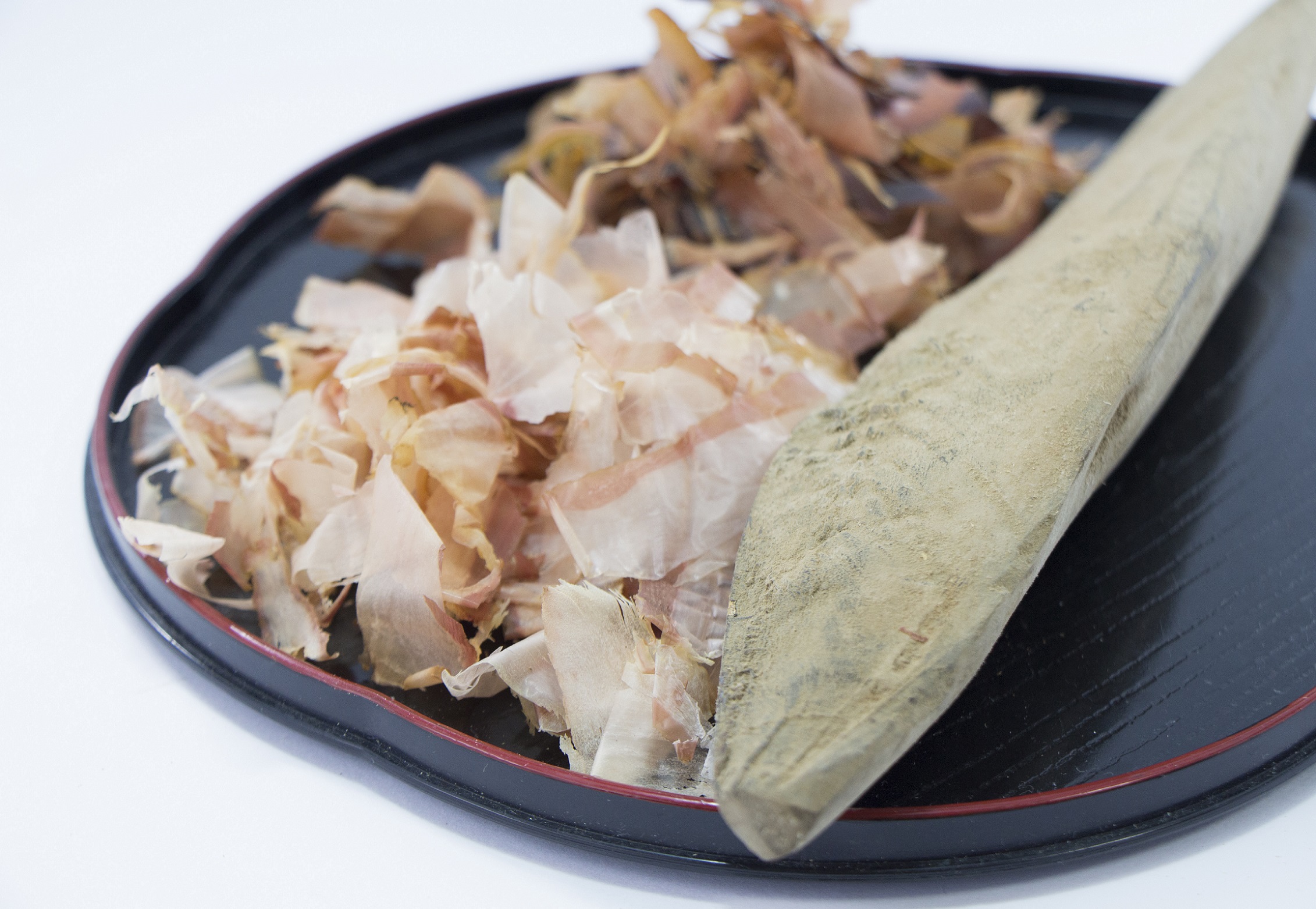 Katsuo has been part of the Japanese diet since the Jomon period, the earliest era of Japanese history. Around the 5th century, people were already making dried katsuo, though the current form of katsuobushi did not appear until around the 14th-century Muromachi period. In the 1700s, people started to incorporate smoke-drying and curing techniques in making katsuobushi, a method that is still used today.

The major katsuobushi producing areas in Japan are Makurazaki and Yamakawa in Kagoshima, Yaizu in Shizuoka, and Tosa in Kochi.

More than an umami bomb 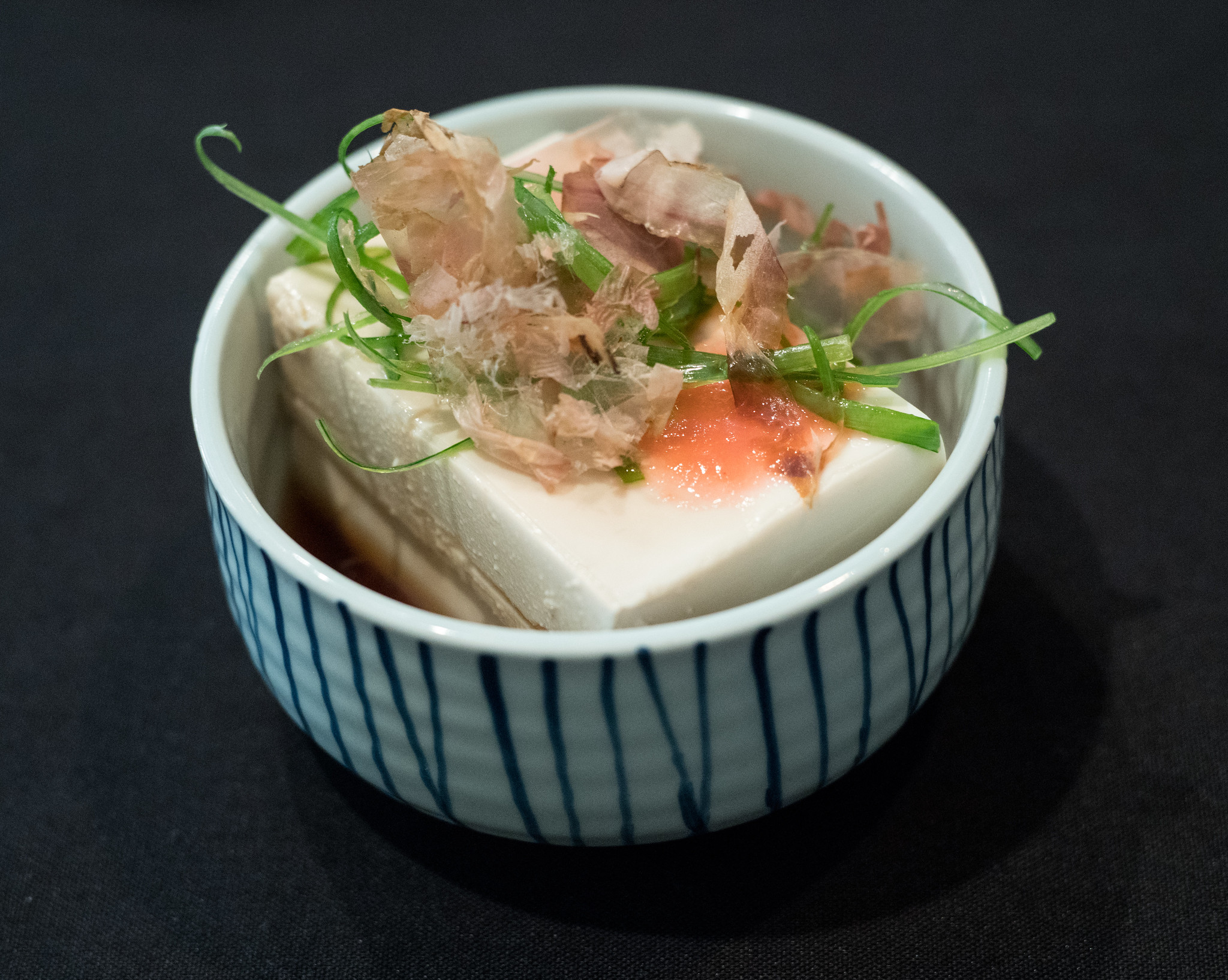 Katsuobushi is an indispensable ingredient in Japanese cuisine. It is essential in making dashi, a soup stock that forms the foundation of Japanese cooking, besides being used as a topping in a variety of dishes. Imparting a mellow smoky and savoury flavour, the role of katsuobushi is so important in Japanese food that it would not taste Japanese without it.

How does katsuobushi enhance the flavour? The secret lies in inosinic acid which gives katsuobushi its distinct umami taste, just like how glutamic acid and guanylic acid have contributed to the umami taste in konbu and dried shiitake mushrooms, both are also key ingredients in making dashi. Not just that, katsuobushi is also high in protein, low in fat, and contains amino acids, vitamins and minerals that are good for the body. 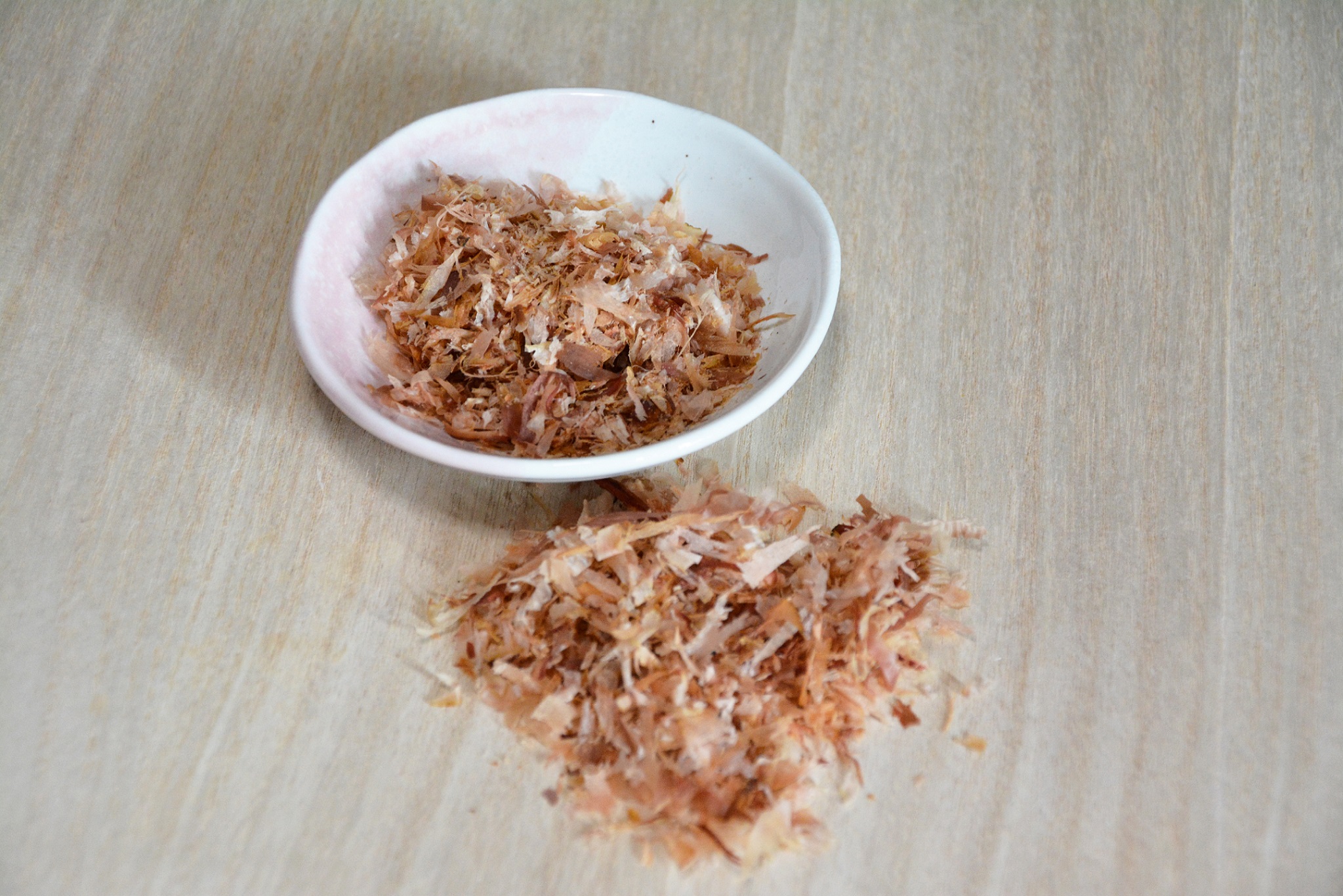 Katsuobushi needs to be shaved into paper-thin flakes before being used for cooking. In case you wonder why, it is because katsuobushi is too hard to be eaten as it is – it is the hardest food in the world, like a bone!

Just how can the fillets of fish be turned into something like that? It’s never easy, of course. The process is time-consuming and involves a lot of steps and labour. Traditionally, it takes months to produce real katsuobushi.

While katsuobushi is typically made from skipjack tuna, the same production process can also be used for other types of fish like saba (mackerel), salmon and sanma (pacific saury). 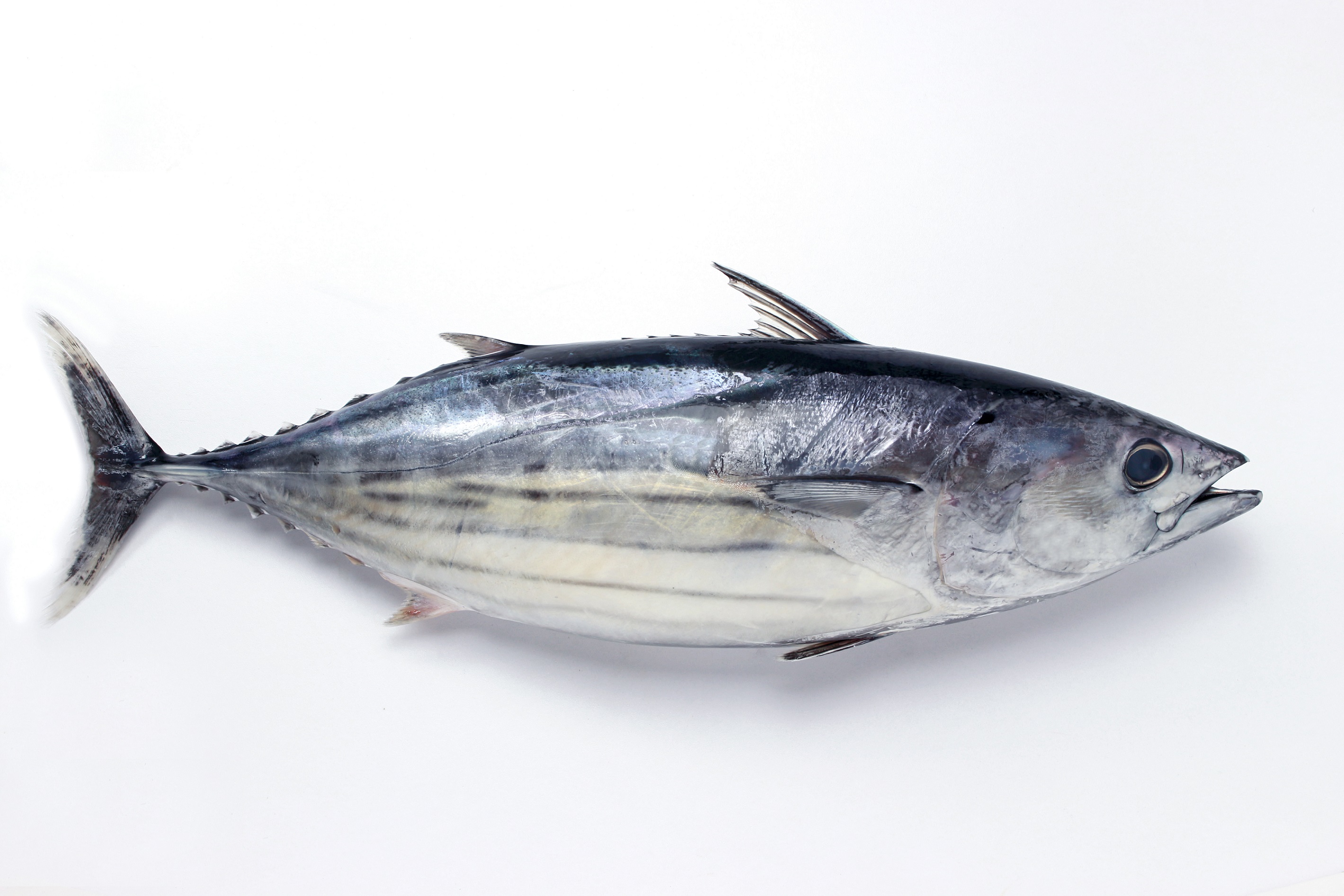 Firstly, cut the fish, remove the head, internal organs, excess flesh and fat.  The fillets are then quartered, arranged in baskets and let simmer for an hour or two. Once cooled, the fish is deboned before they are repeatedly smoked, left to rest, and smoked again for 1 month until an outcome called arabushi is achieved.

For real katsuobushi, there is one more step required – the fermentation process which sets the product apart from other cheaper, lower grade products. In this stage, the arabushi will be coated with a kind of mold, left to mature before being laid out to dry in the sun, a cycle that is repeated for up to six months. 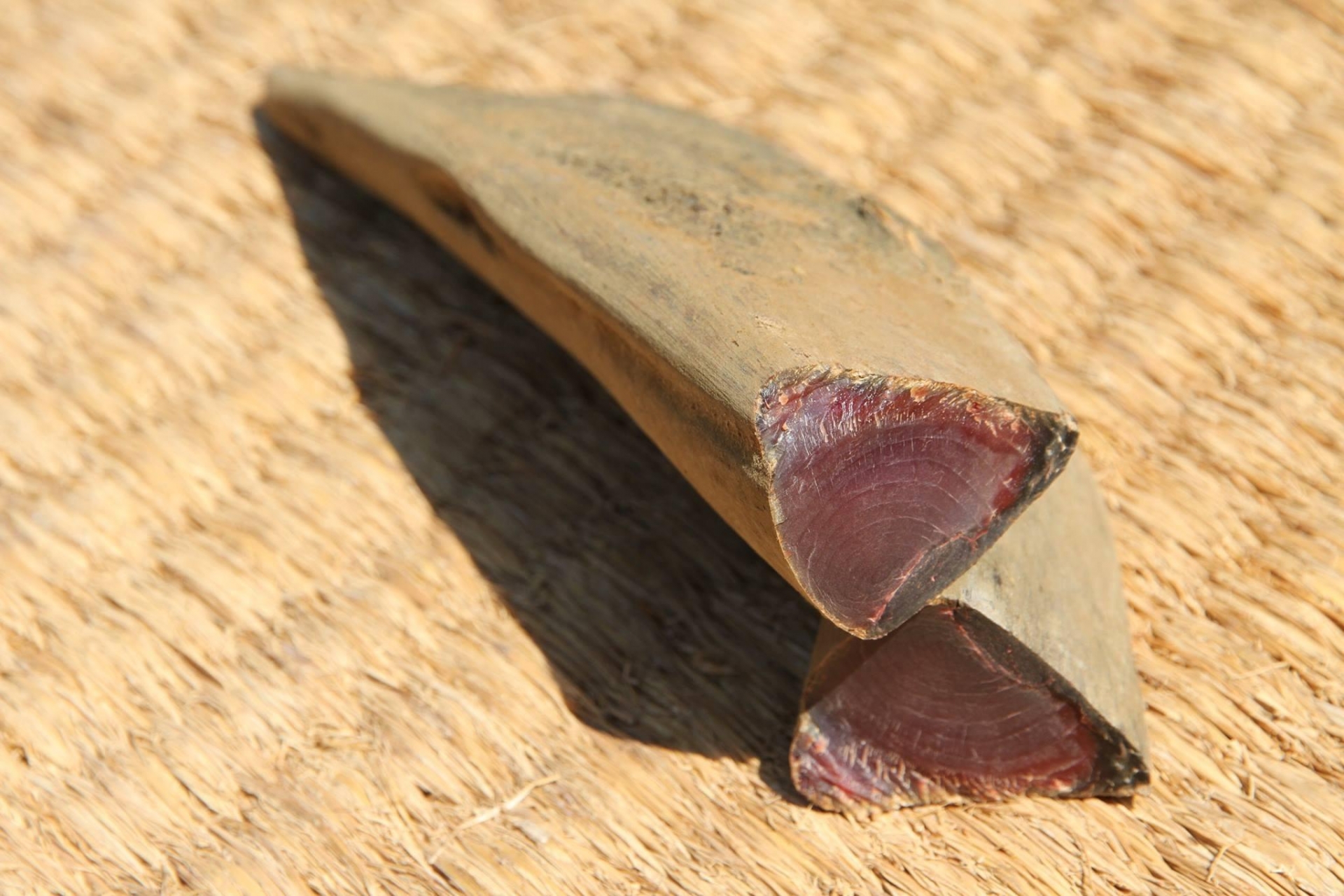 The mold acts to draw out residual moisture and remove the fishy smell. The process also breaks down the protein into amino acids, increasing the umami and nutrient content in the fish. The fillets now appear like pieces of wood outside and almost like garnet inside, deep red and translucent. These are called karebushi and considered the real katsuobushi. 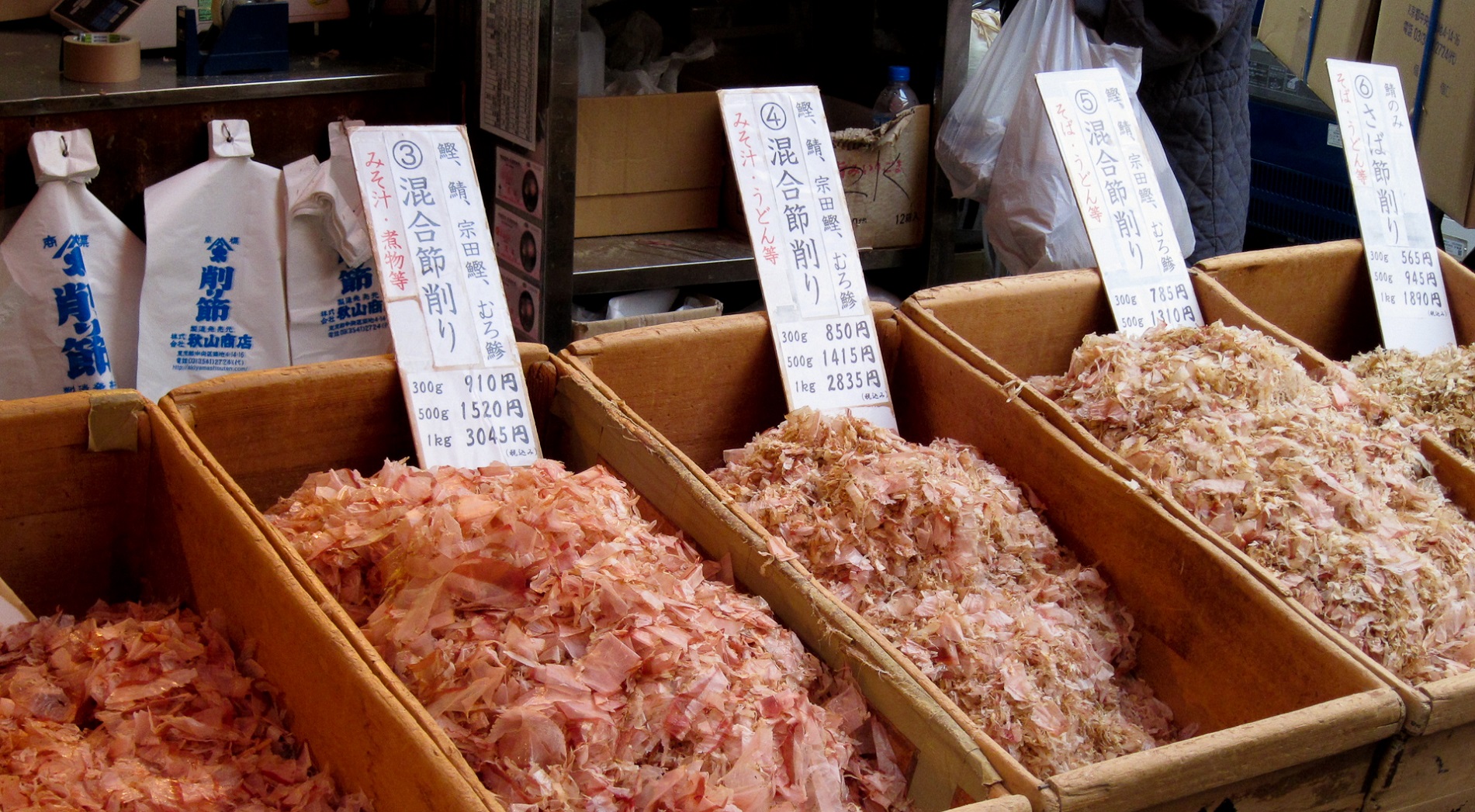 If you love Japanese food and enjoy making it at home, it might be a good idea to buy some katsuobushi to take home when visiting Japan. After all, it is always better to get it in the country of origin where the variety, quality and pricing are more competitive.

Go to any local market and you will see katsuobushi in the forms of blocks and shavings. For block katsuobushi, you need to use a tool called katsuobushi kezuriki 鰹節削り器 and shave it as needed. But this is no longer common nowadays, as people usually opt for ready shaved katsuobushi that is more convenient to use. 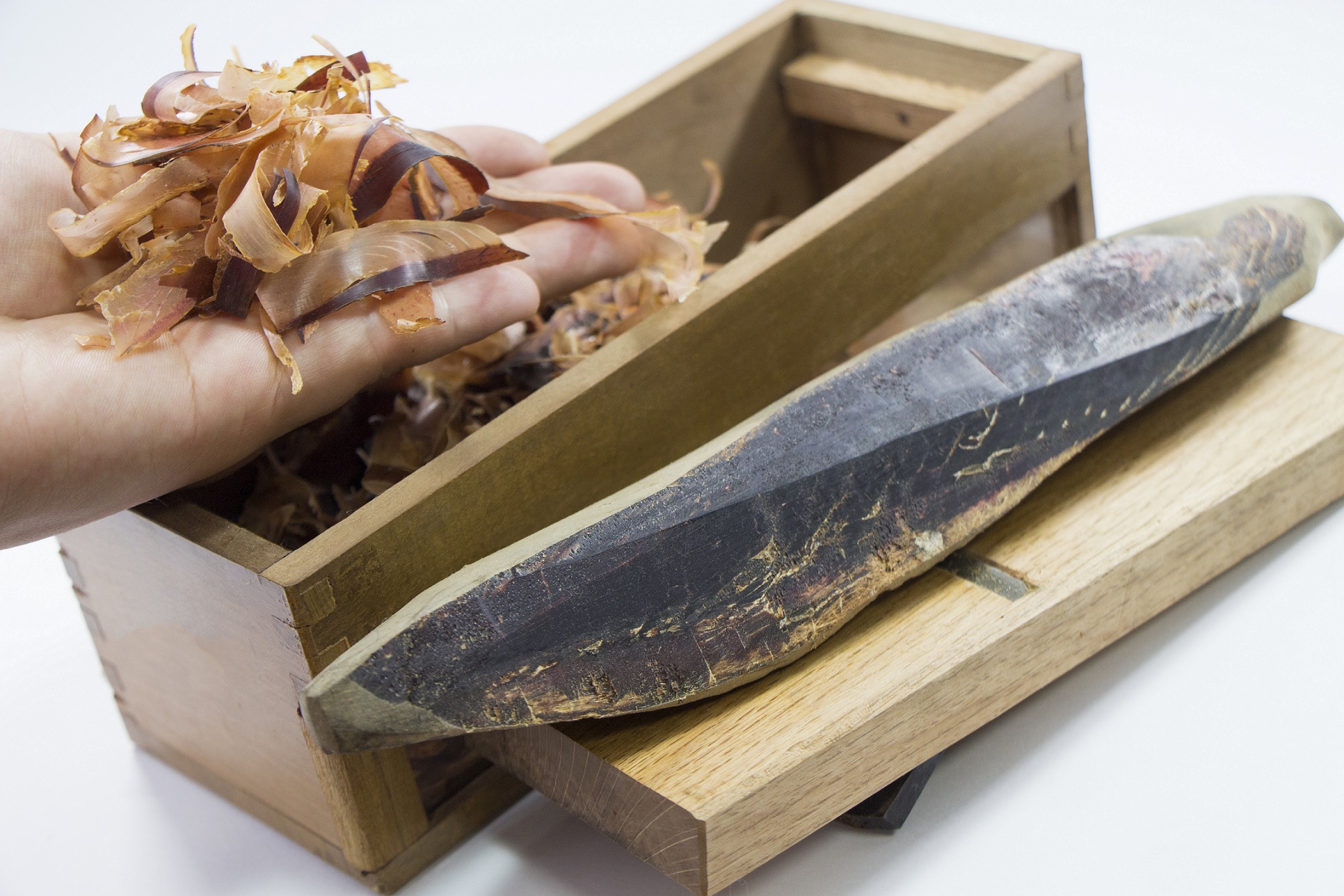 But here’s the thing, 90% of pre-shaved katsuobushi is made of arabushi (dried and smoked bonito), meaning if you want the real deal (karebushi) that has been dried, smoked and fermented for months, you might have to shave it yourself. Let’s face it, quality products rarely come pre-cut, pre-sliced or pre-grated, right?

How to use Katsuobushi?

Katsuobushi is extremely versatile and easy to use. Don’t know what to do after buying katsuobushi? Refer a couple of recipes and you are good to go! You can also try making authentic Japanese cuisine at home. Here are some ideas to start with: 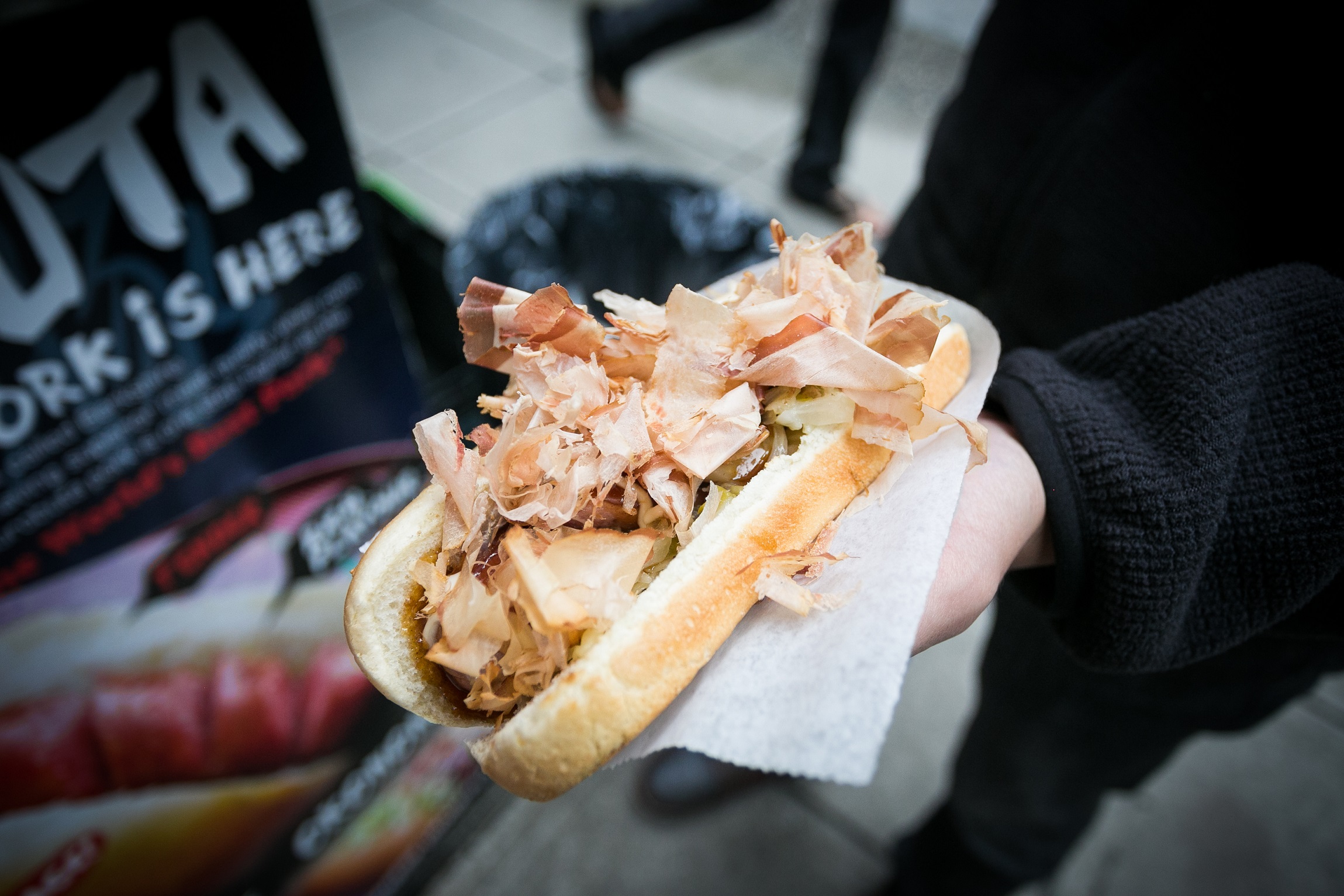 The most direct way is to sprinkle it on top of the dishes. Among the examples include chilled tofu (hiyayakko), blanched greens (ohitashi), noodles like udon and yakisoba, salad, sandwich, pasta and even pizza, just add katsuobushi to anything you think will taste good with it!

Katsuobushi is plain rice’s best friend. Mix it with some soy sauce and it will become okaka, a filling for onigiri or topping for rice. You can also make simple furikake by combining katsuobushi, sesame seeds, nori seaweed and some seasonings. Sprinkle it on rice, onigiri, vegetables etc. 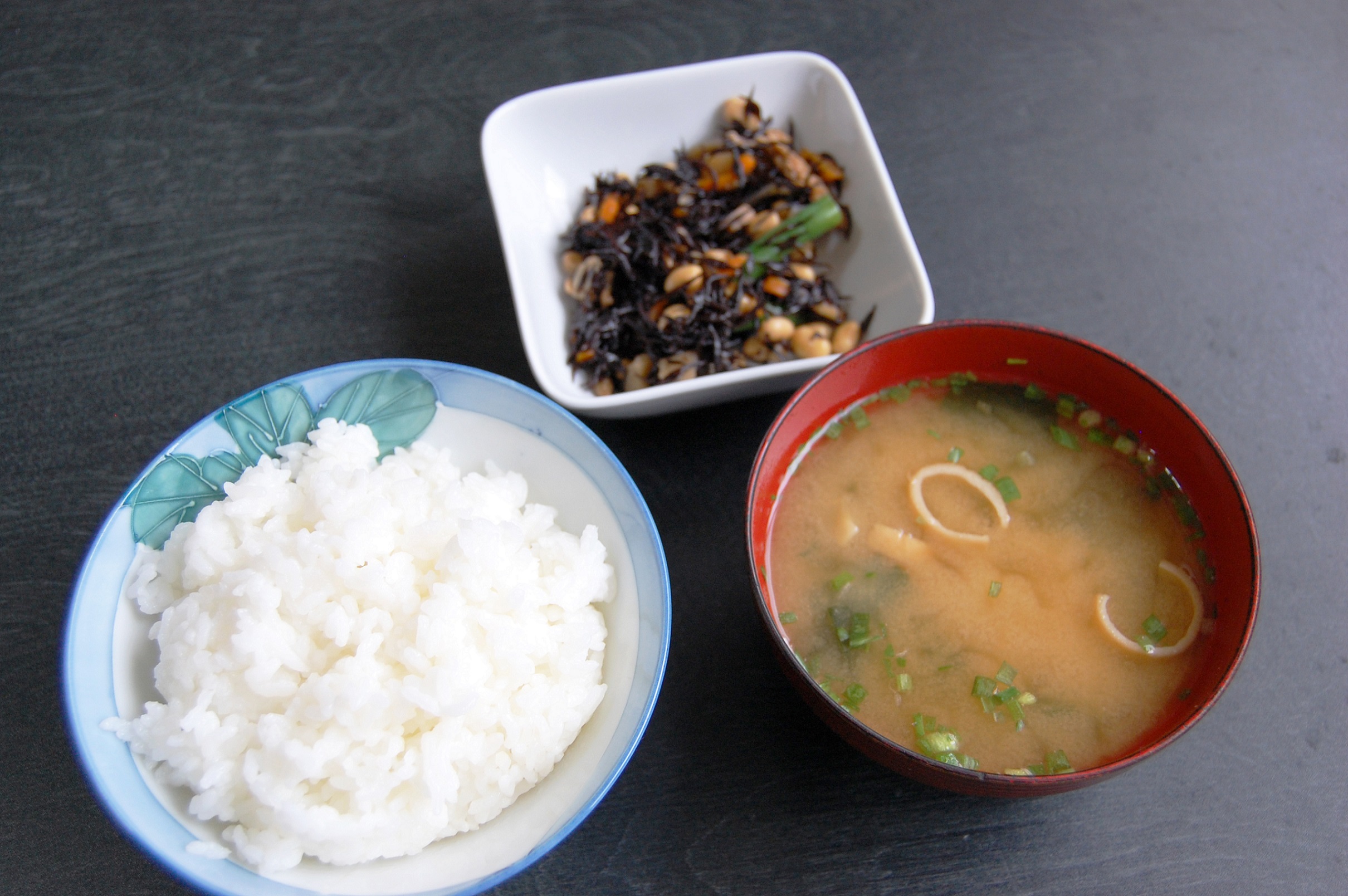 Boil katsuobushi with konbu to make dashi. With dashi, you are able to make a lot of classic favourites such as miso soup and chawanmushi.

Lastly, there is this dish called Neko Manma or literally “cat rice”. Top a bowl of plain rice with katsuobushi and drizzle a bit of soy sauce. It is traditionally given to pets as a treat so some people still consider it a rude way to eat, but many Japanese actually eat it at home anyway. To upgrade your neko manma, add a little butter, mayo or green onions!