Interesting All-You-Can-Eat Places to Try in Tokyo (Part 2) No ratings yet.

Experiencing Winter Attractions In Aomori, Japan No ratings yet. 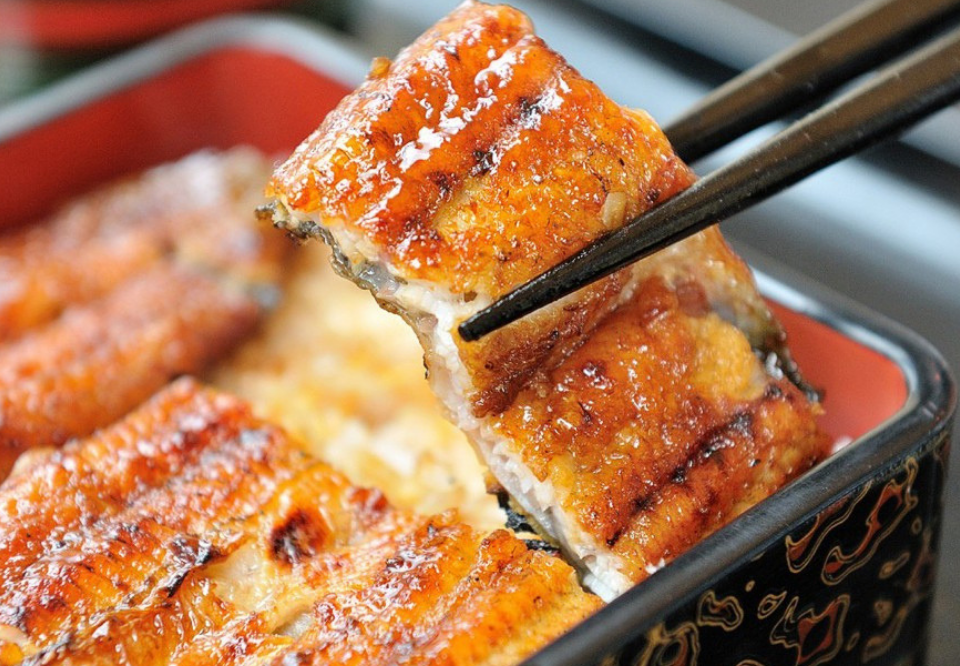 Apart from doing fun winter sports in Japan, their winter foods are a must-eat to keep our body warm. As the temperature drops, there’s nothing more comforting than eating hot meals and drinks. In Japan, the weather can get really cold in certain areas and most of the winter foods are easy to get even in a small restaurant. We listed down some of the best winter foods in Japan for your future reference.

What better food to fill up your tummy than Shabu-Shabu? This popular Japanese dish is everyone’s favourite thing to eat whether it is winter or summer. Restaurants will serve you a huge pot filled with hot boiling water followed by vegetables, mushrooms, fish balls, and many thin slices of meats. If you haven’t tried Shabu-Shabu before, you need to cook the food by putting the ingredients into the hot boiling water. Then, you can dip the meats or vegetables into a spicy sauce or ponzu (ketchup-based sauce).

You can also customize your very own Shabu-shabu at home by preparing your favourite ingredients, sauce and broth. 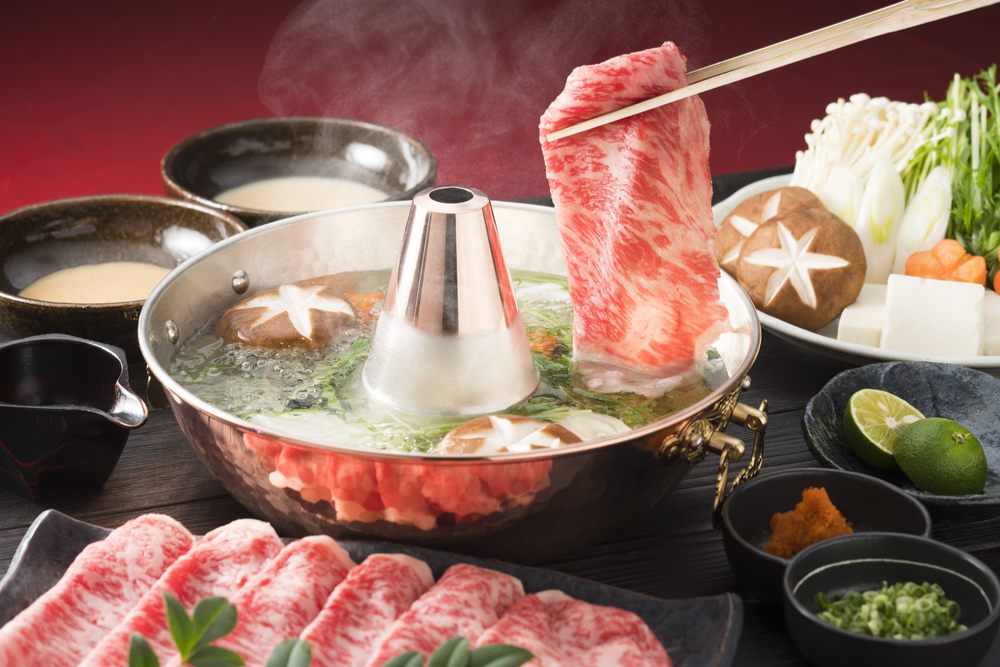 Oden is a hot dish where you can boil or steam ingredients like fish cakes, daikon (radish), crab cakes and vegetables. Oden is easy to obtain at most supermarkets and convenience stores in Japan. If you don’t want to eat in at restaurants, Oden is one of the main choices to eat to make yourself warmer. Moreover, some stores such as Lawson sell Oden set as low as ¥108 for you to cook at home. 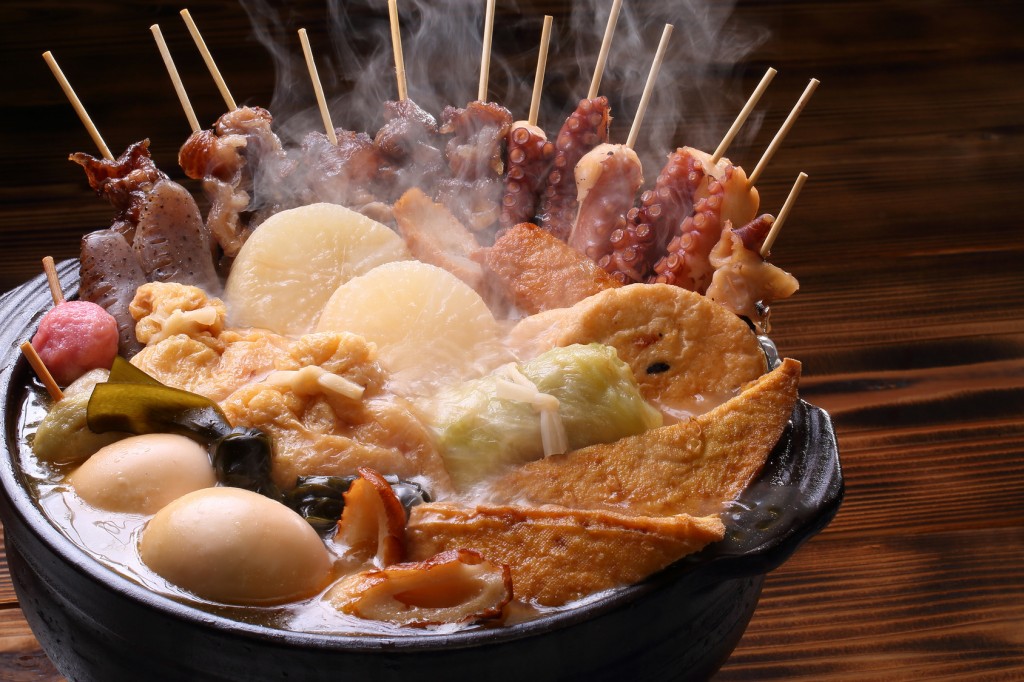 This meat and potatoes meal is an absolute favourite during winter. Thin slices of meats and chopped potatoes will be slow cooked in a pot of dashi (clear broth) where you need to add soy sauce and sake or mirin. Nikujaga is ready to eat once the potatoes are already soft. Commonly, people will serve Nikujaga with a bowl of rice or noodle with miso soup. Besides meat and potatoes, you can include other ingredients like onions and carrots to make it more flavourful. 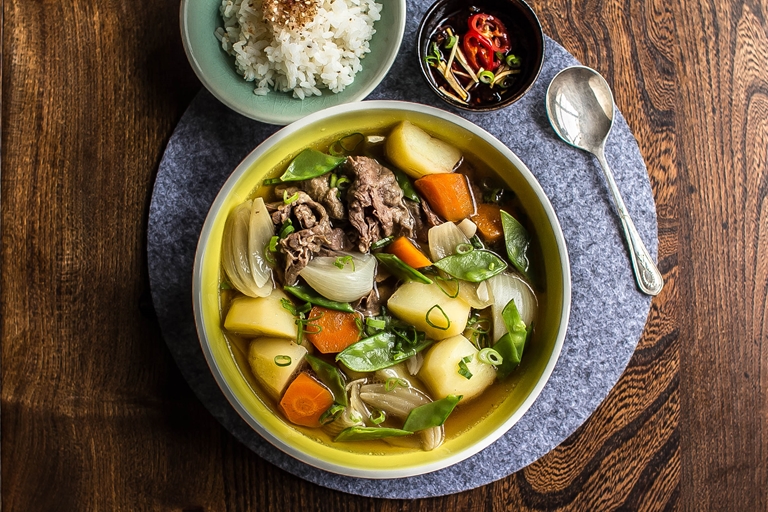 What happens when you combine both mochi and ice-cream? You’ll get Yukimi Daifuku. Although in winter you’re supposed to eat something hot and warm, Yukimi Daifuku is a seasonal food which can only be found during cold weather like autumn and winter at convenience stores. During summer, it is not really recommended to eat this mochi ice-cream as it will easily melt and is not as tasty when it’s eaten cold. When it was first introduced to the public, Yukimi Daifuku’s original flavour is vanilla. Now, you can purchase Yukimi Daifuku in other flavours such as sweet potato, crème caramel, green tea, tiramisu and many delicious fillings. 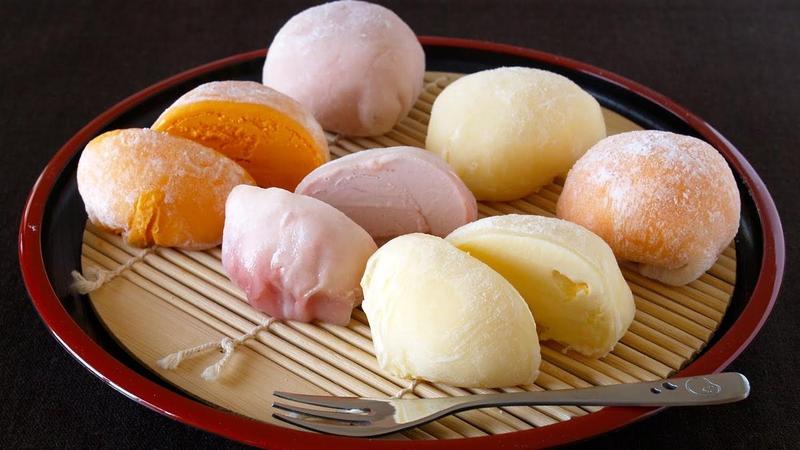 Yodofu or translated from Japanese as “Hot Tofu”, this winter dish is one of the healthy food to consume as it contains protein. Yodofu is cooked using only water and dried kelp. Simply boil the kelp in a hot pot for half an hour and you can place the tofu inside the broth. It is suggested to eat them without putting other ingredients as it can ruin the natural taste of tofu. Regardless, you can enjoy Yodofu with green onions and sauces like ponzu or soy sauce to add more flavour. 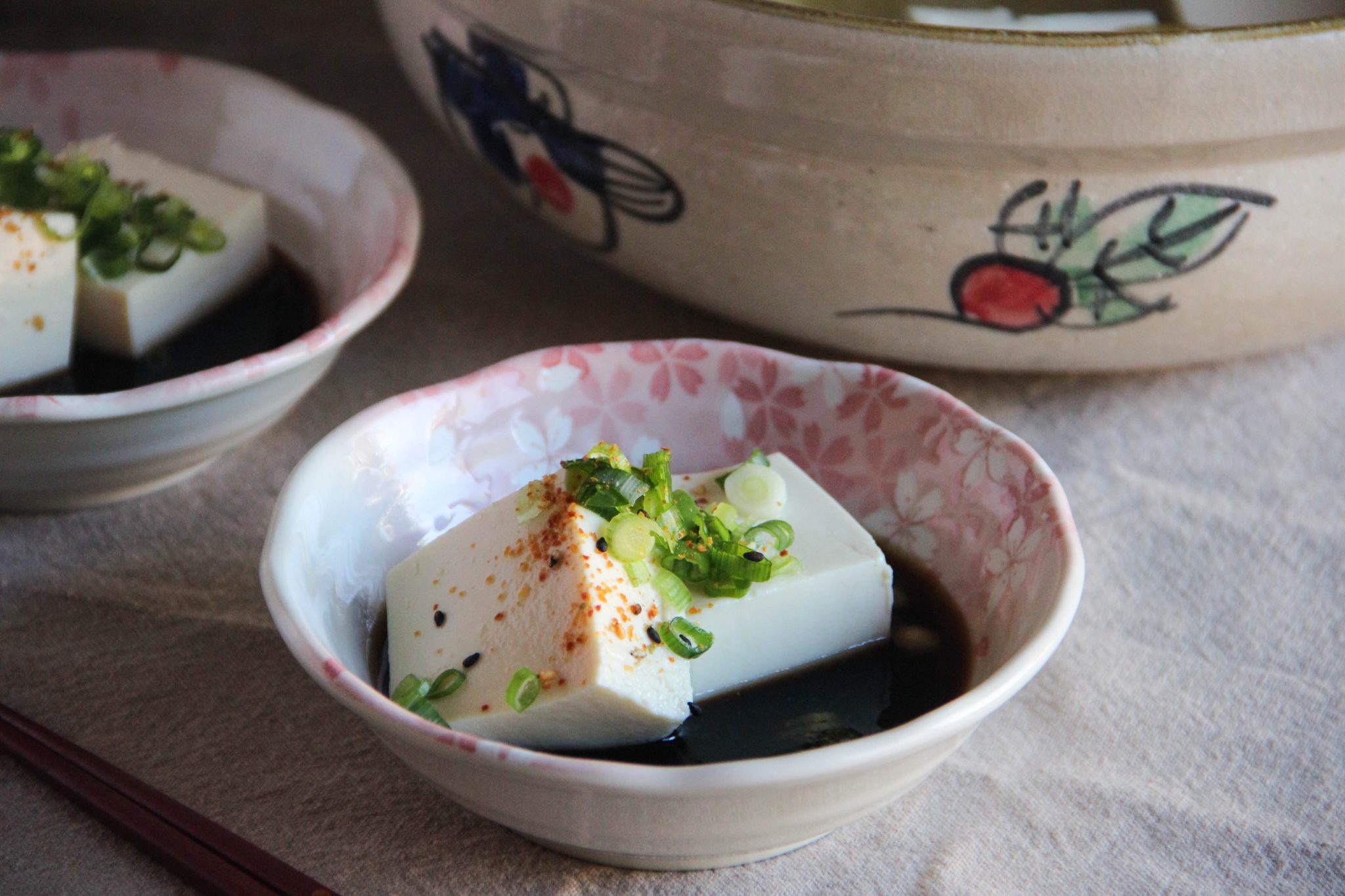 Yaki imo or sweet potato has been one of the best food to eat during autumn and winter. The warmness of the yaki imo really matches with the cold temperature. Yaki imo is very easy to get because it is one of Japan’s famous street foods. Usually, people will sell sweet potatoes in their trucks or any small stalls. Sweet potato is very famous in the street of Asakusa.

Furthermore, Yaki imo’s sweet and salty soft texture has attracted many people to eat this during this time of the year. Yaki imo is prepared by boiling in hot water for several minutes or grill them like barbeque. 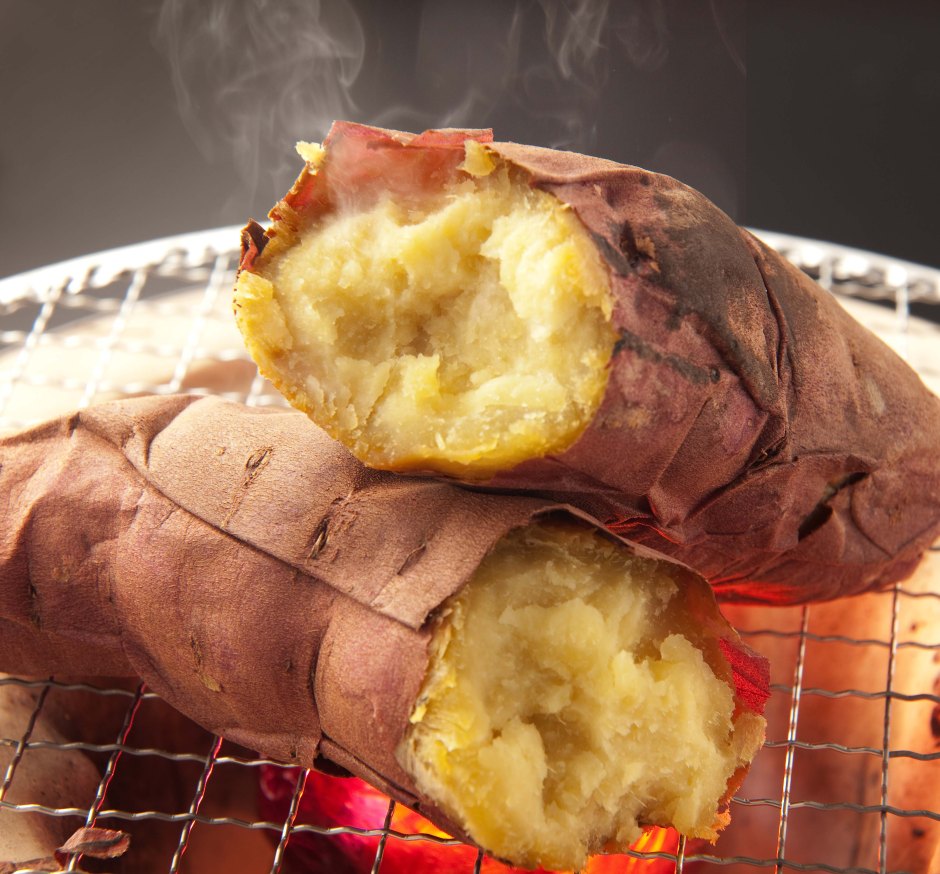 Yes, Fugu is one of the main dishes for Japanese to eat during winter because it is rich with fats. Fugu or pufferfish is known as a dangerous fish to eat as it is very poisonous. However, in Japan, you can eat fugu cooked by certified and skilful chefs so they know how to prepare the meal by removing the poisonous parts. Also, it is not advised to cook fugu at home.

The most common dish of fugu is Fugu Sashimi. The restaurants will prepare this dish by slicing thin layers of fugu and it is to be eaten with daikon and other vegetables. Moreover, some people like would request the chef to place a small bit of the poison to the dish to give it a more tingling taste afterwards. Some of the certified restaurants that serve fugu are Unagi Fugu Kaiseki Imai in Asakusa and Robata Dining Kuraya in Fukuoka. 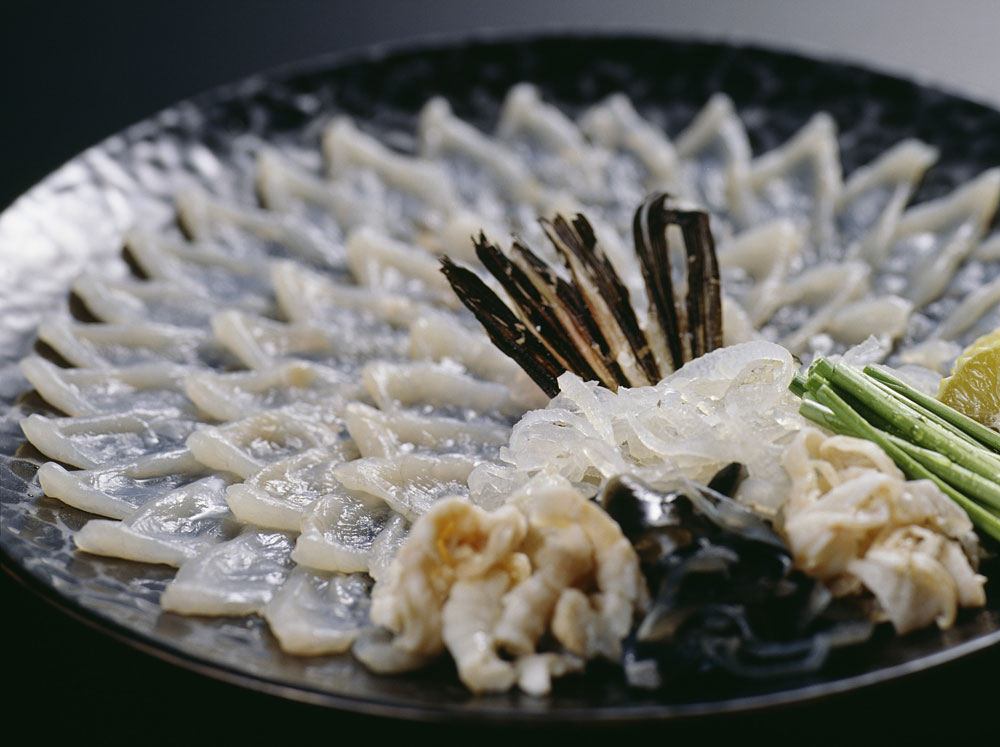 Snow Crab is very hard to get as it stays only in the deepest level of the Sea of Japan. They only allow fishing for snow crabs during the cold season like winter. Thus, when you go to Japan this winter, make sure you try the famous snow crabs. These crabs will be kept fresh and alive before sending to markets. Usually, restaurants will cook snow crabs using two techniques such as boil in hot water or use the meat for shabu-shabu dish. 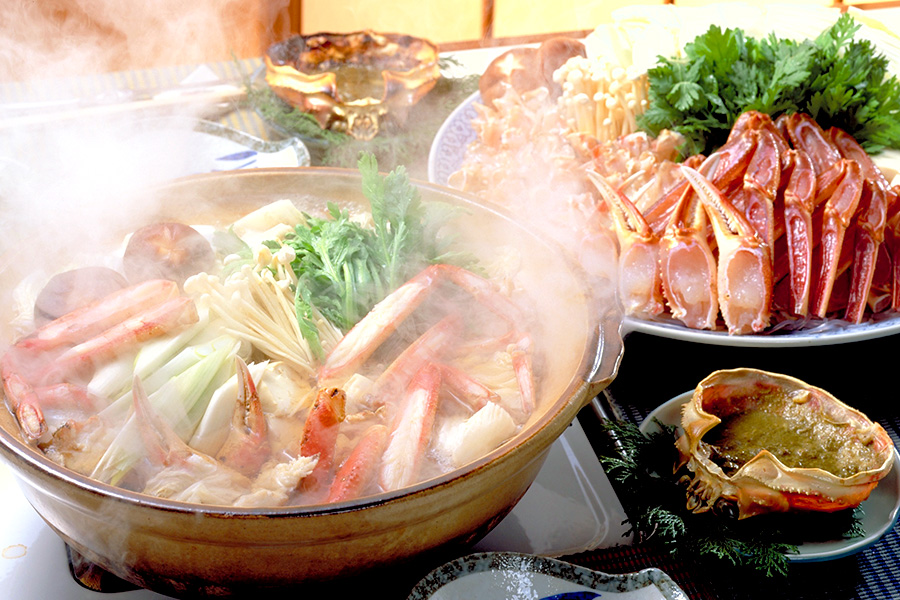 To those who love soba noodles, have you tried the Toshikoshi Soba? Well, it is actually no different from the regular buckwheat soba. Toshikoshi Soba means year-crossing noodles and you have to eat this soba before the coming year as a symbol you are crossing the new year. On top of that, eating Toshikoshi Soba has become an annual tradition for the Japanese to start their year.

You can eat soba noodles either in cold or hot broth, depending on your preferences. Also, you can add ingredients like shrimp tempura, vegetables, dried kelp and tofu for a variety of flavour. The most important part when eating soba noodles is to dip them in soy sauce. 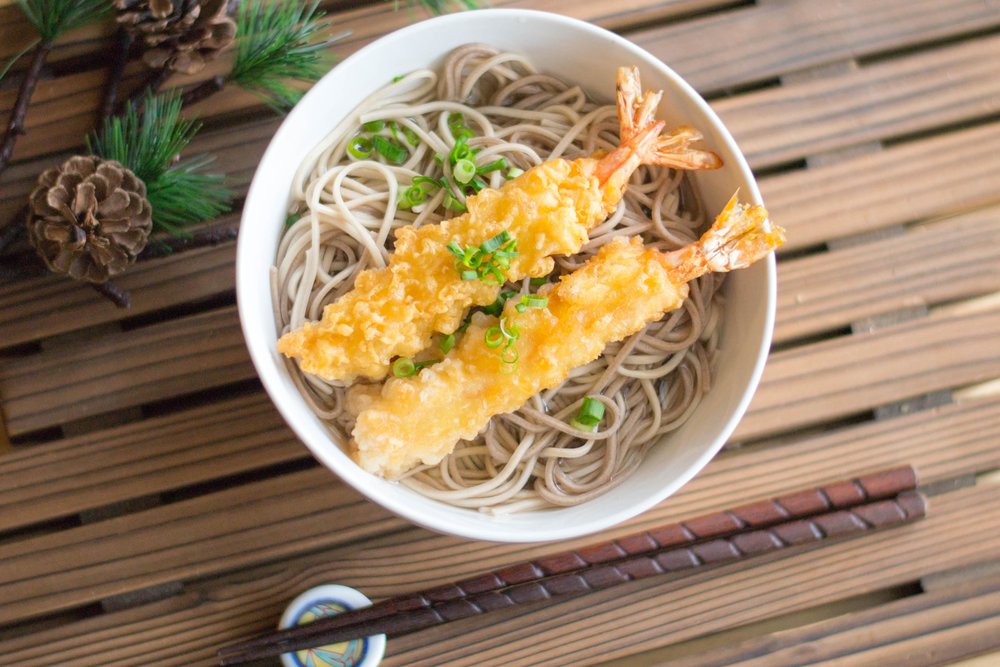 Rice porridge is the best companion to eat to keep our body warm. Although the process of making okayu is solely by adding water and rice, you can add various toppings to make it more favourable. To make the porridge, you need to boil the broth and rice until it becomes thick. You can add green onions, eggs and umeboshi to be consumed with okayu. Umeboshi is a Japanese plum infused with various tastes like sour, salty and sweet. 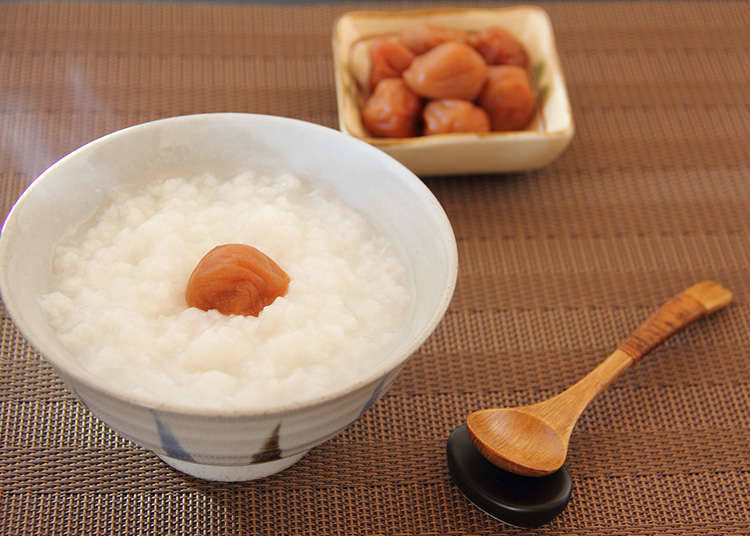