Okinawa For First Time Visitors No ratings yet. 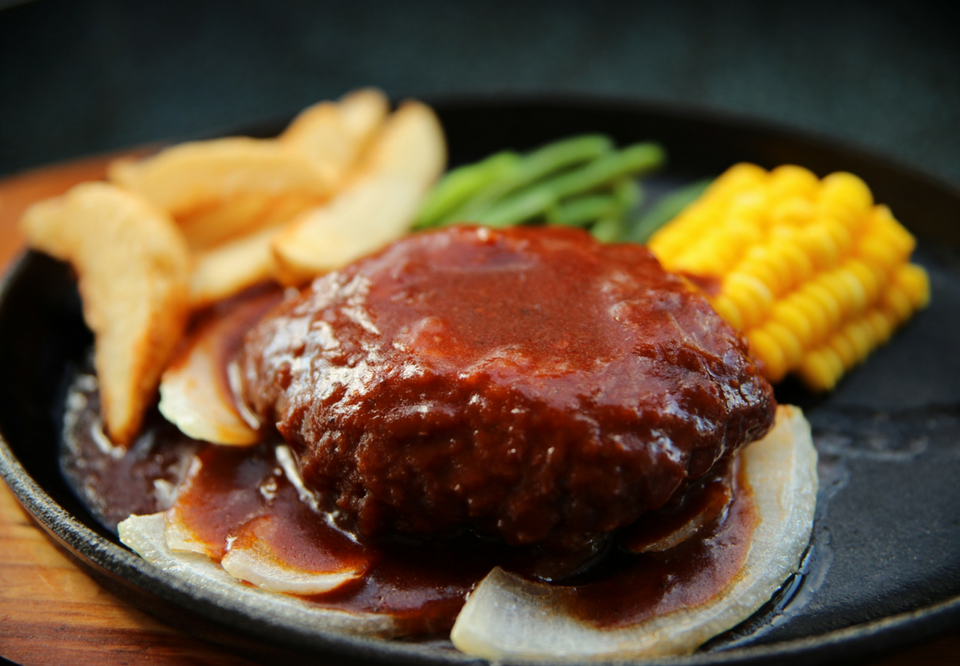 B-Kyu Gurume: Cheap and Delicious Food for Everyone (Part 1)
No ratings yet.
Tags: foodandbeverages • gourmet •

In Japan, a country worth visiting just for the amazing food alone, enjoying the local cuisine and delicacies is one of the most pleasurable things to do, and you don’t have to break the bank to do so. Introducing B-kyu gurume (B 級グルメ, B-class gourmet), Japan’s answer to casual, inexpensive foods that are popular with the masses.

Speaking about Japanese food, I’m sure you know classic fare like ramen, udon, takoyaki, and okonomiyaki – these are the perfect examples of B-kyu gurume. Humble, delicious, and unpretentious, B-kyu gurume is the type of food that you can’t miss in Japan.

In this article, let’s learn about this unique part of Japanese food culture and discover more B-kyu dishes to try during your trip to Japan. Enter the world of B-class delicacies! 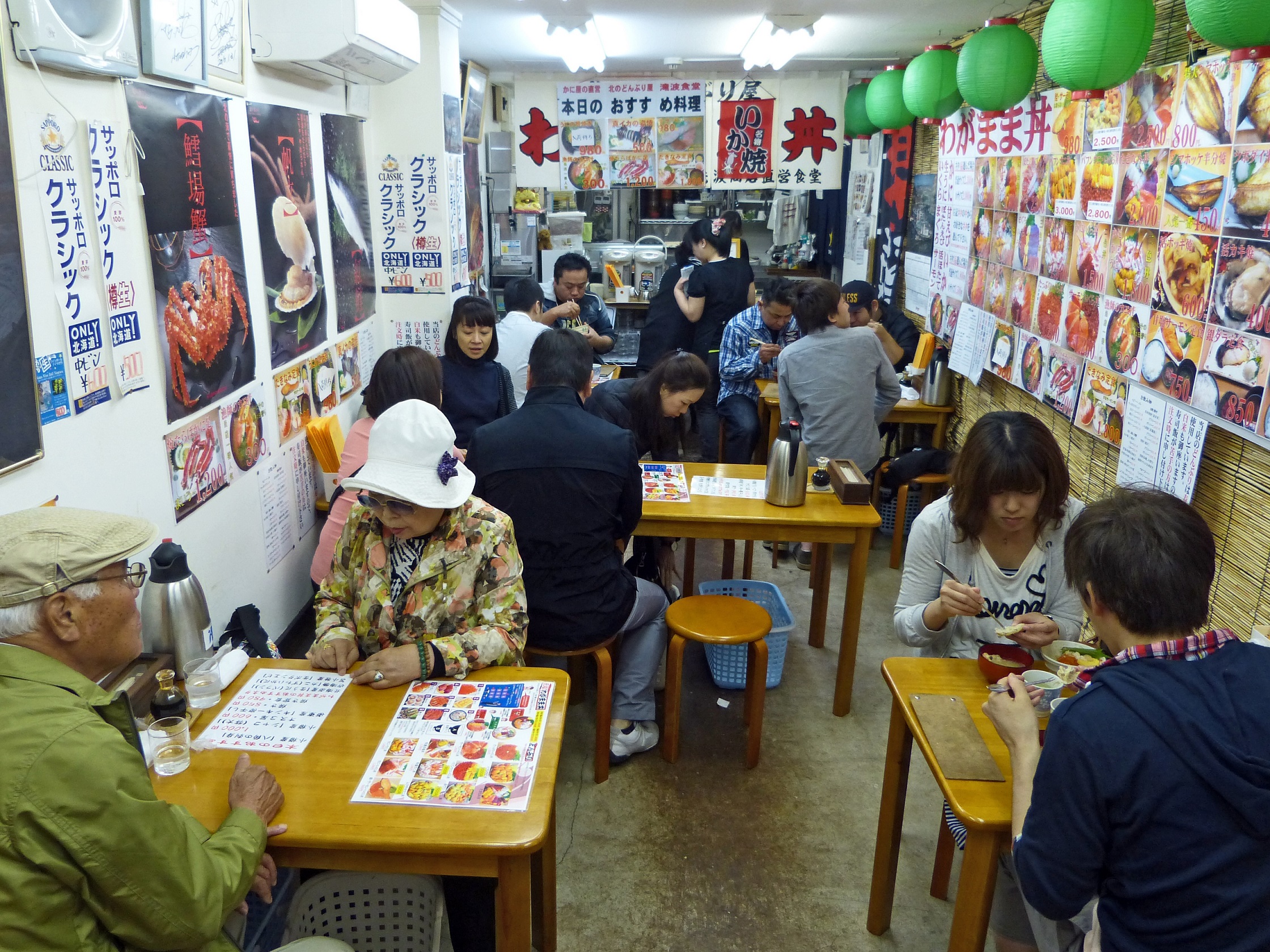 B-kyu gurume is said to be inspired from the term “B movies” which refers to cheaply made movies with subpar quality, but still have its own following and at times achieve commercial success.

In Japanese cuisine, there is kaiseki ryori (traditional Japanese multicourse meal) that represents the pinnacle of Japanese cooking but is so expensive that it is hardly something people normally eat. B-kyu gurume, on the other hand, is an entire different genre for food. Traditionally referring to food of the working class, B-kyu gurume is consisting of cheap and down-to-earth dishes that people want to eat over and over again. 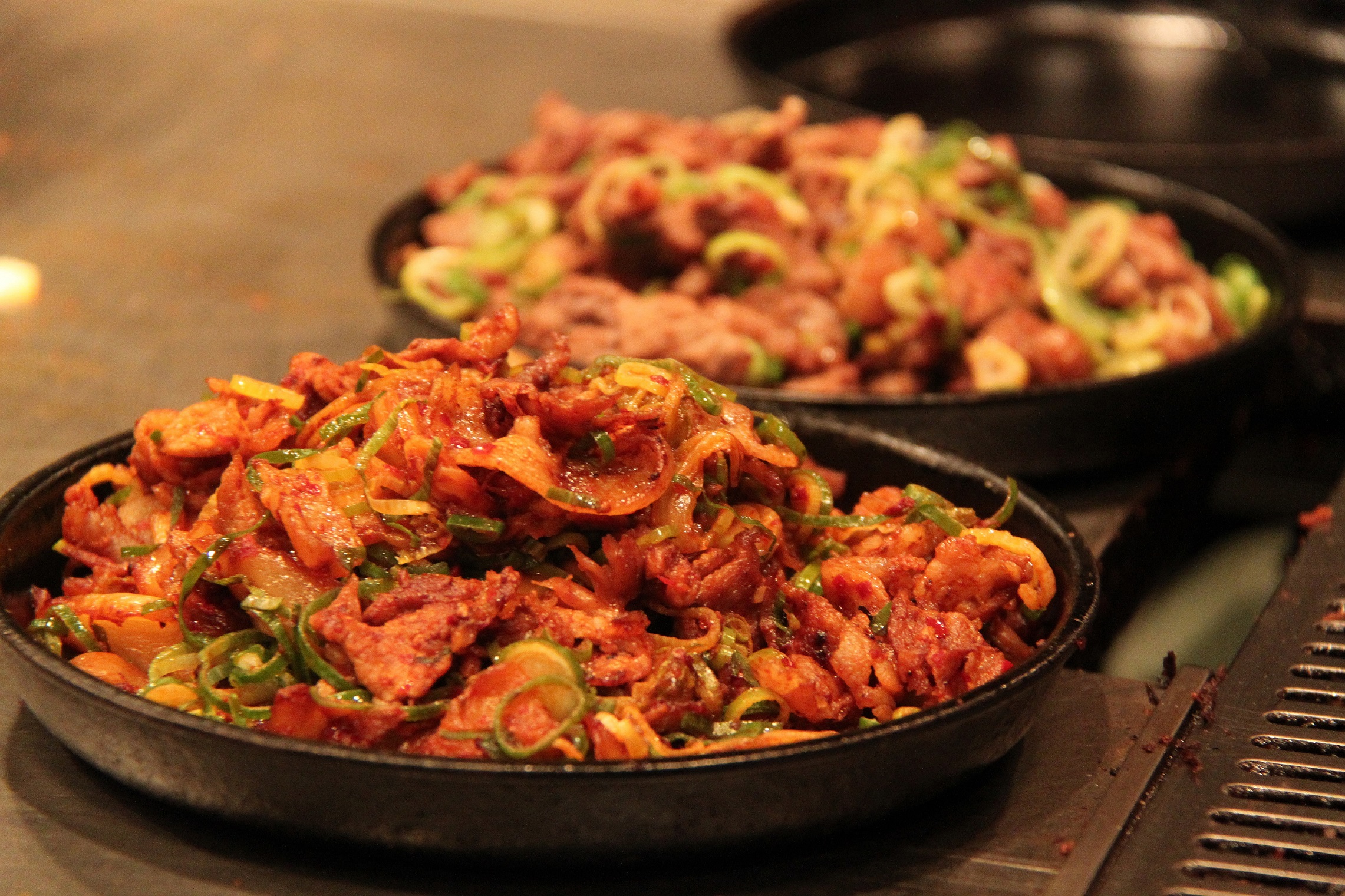 Despite being ranked “B-class”, B-kyu gurume is by no means inferior in quality. While not as sophisticated as the A-class cuisines served in fine dining restaurants, it aims to be just as tasty. The dishes are cooked with care, despite using widely available, inexpensive ingredients in order to keep costs low. 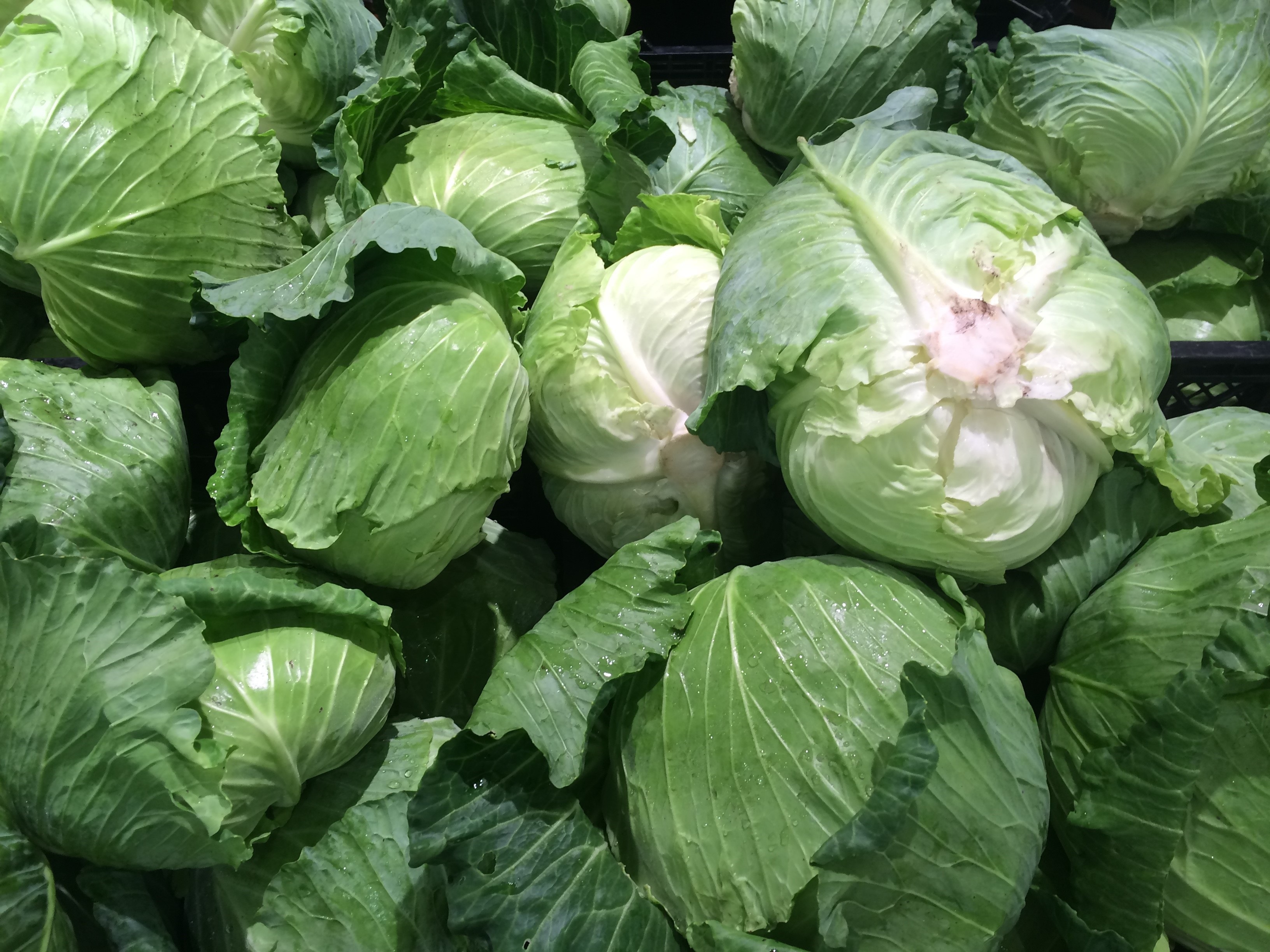 Many of the B-kyu delicacies started out as festival foods, like yakisoba and takoyaki, while others are dishes with foreign influences such as ramen and gyoza. There are also dishes that were created using what’s at hand or the “that’s how I like it” attitude – ones that show creativity is also a core element of B-kyu gurume.

One can also notice most of the dishes are carb-heavy, which makes sense given how fried rice and fried noodles are usually the cheapest yet filling options on a restaurant menu.

The whole B-kyu food class is actually very broad with great regional variations, even a very same dish can taste very different in other parts of the country because of different preparation, seasonings, and ingredients used. Here are some of the classic B-kyu favourites that majority of the people in Japan enjoy: 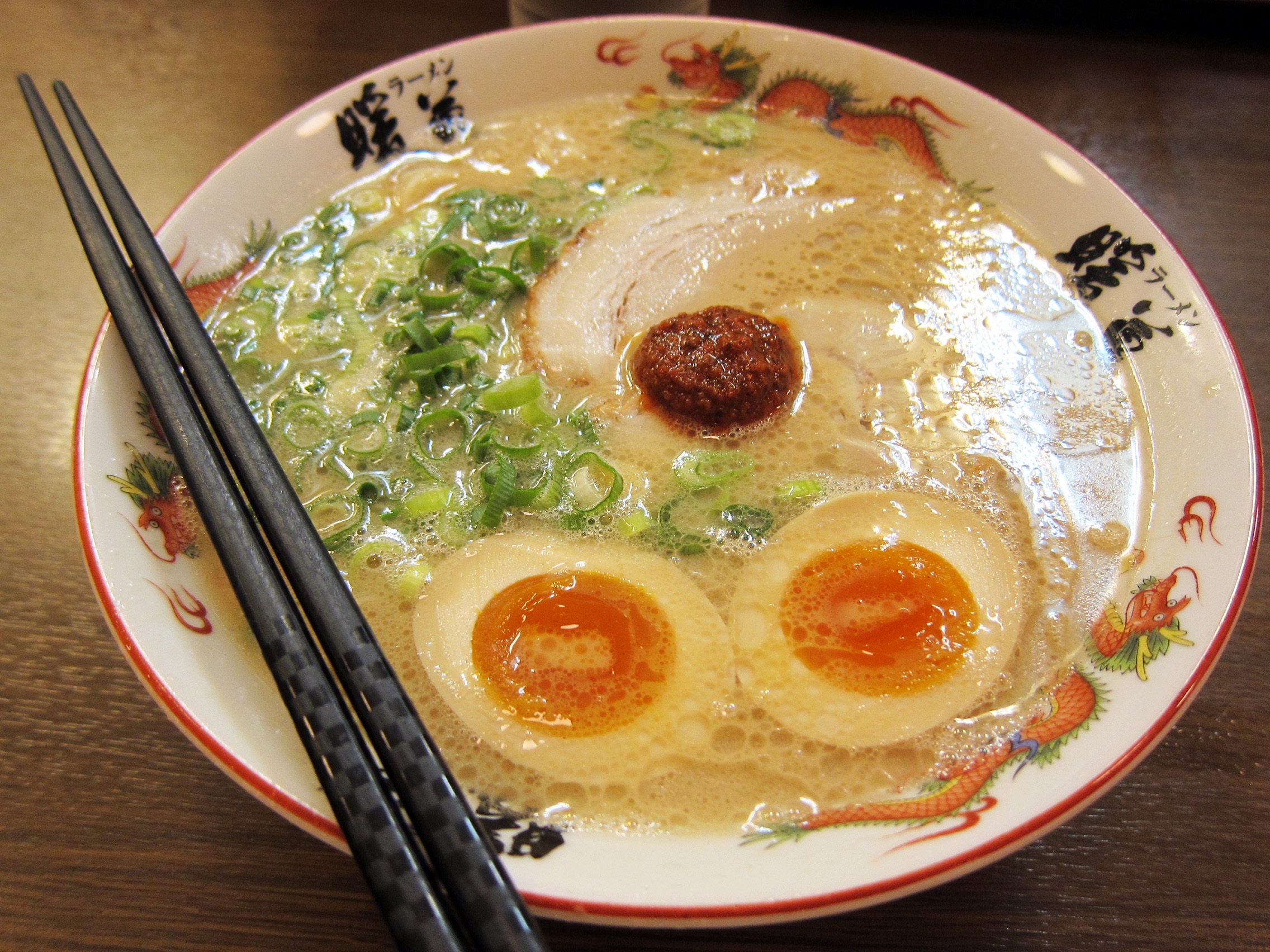 Originally Chinese, ramen has evolved so much over the years that it has now become one of the most quintessential dishes of Japan. While the classics are tonkotsu, shoyu and miso ramen, almost every region in the country has its own version of ramen. For example, tsukemen and abura soba are two ramen dishes invented in Tokyo which any ramen fans would definitely have to try when visiting the city!

Curry is one of Japan’s national dishes, so popular that many will have it at least once a week. There are numerous curry restaurants serving different types of curry in all over Japan, many of them actually come out with their own spice blends and perfect the recipes over time. Among the famous curry dishes are Sapporo’s soup curry and the curry-mixed rice topped with raw egg from a restaurant called Jiyuken in Osaka. 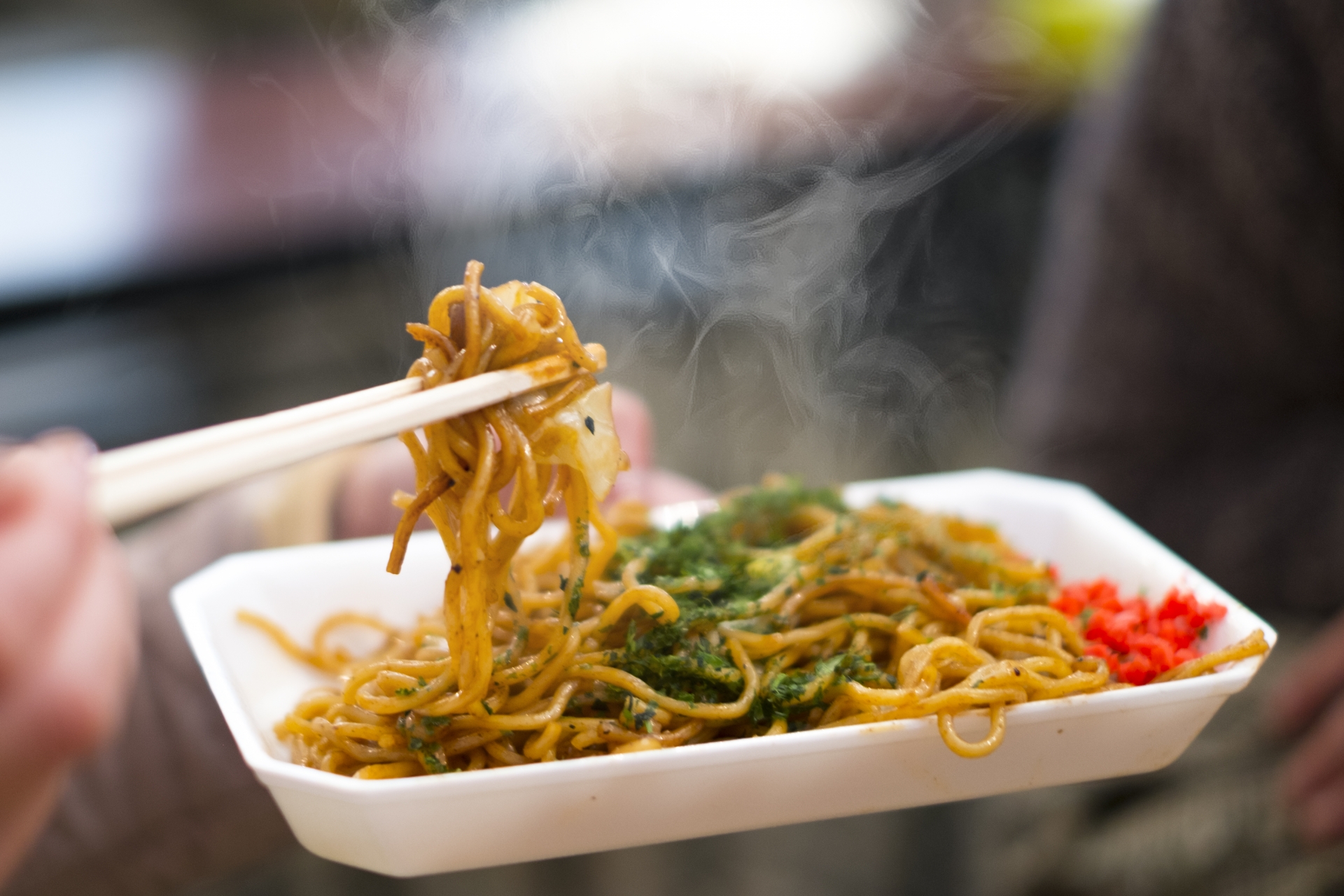 A classic Japanese festival food; ramen noodles, pork and vegetables are stir-fried on a hotplate, flavoured with Japanese BBQ sauce and topped with aonori (seaweed powder) and beni shoga (pickled ginger). A famous variation of yakisoba is Fujinomiya yakisoba from Fujinomiya city, Shizuoka prefecture which is said to have sparked the B-kyu gurume boom in Japan.

Gyoza is the Japanese relative of Chinese jiaozi that has become as ubiquitous as ramen in Japan. These dumplings are filled with ground meat and vegetables, wrapped in a thin piece of dough, and cooked until juicy on the inside, soft and crispy on the outside. Gyoza can easily be found at ramen shops, Chinese restaurants, and izakaya. 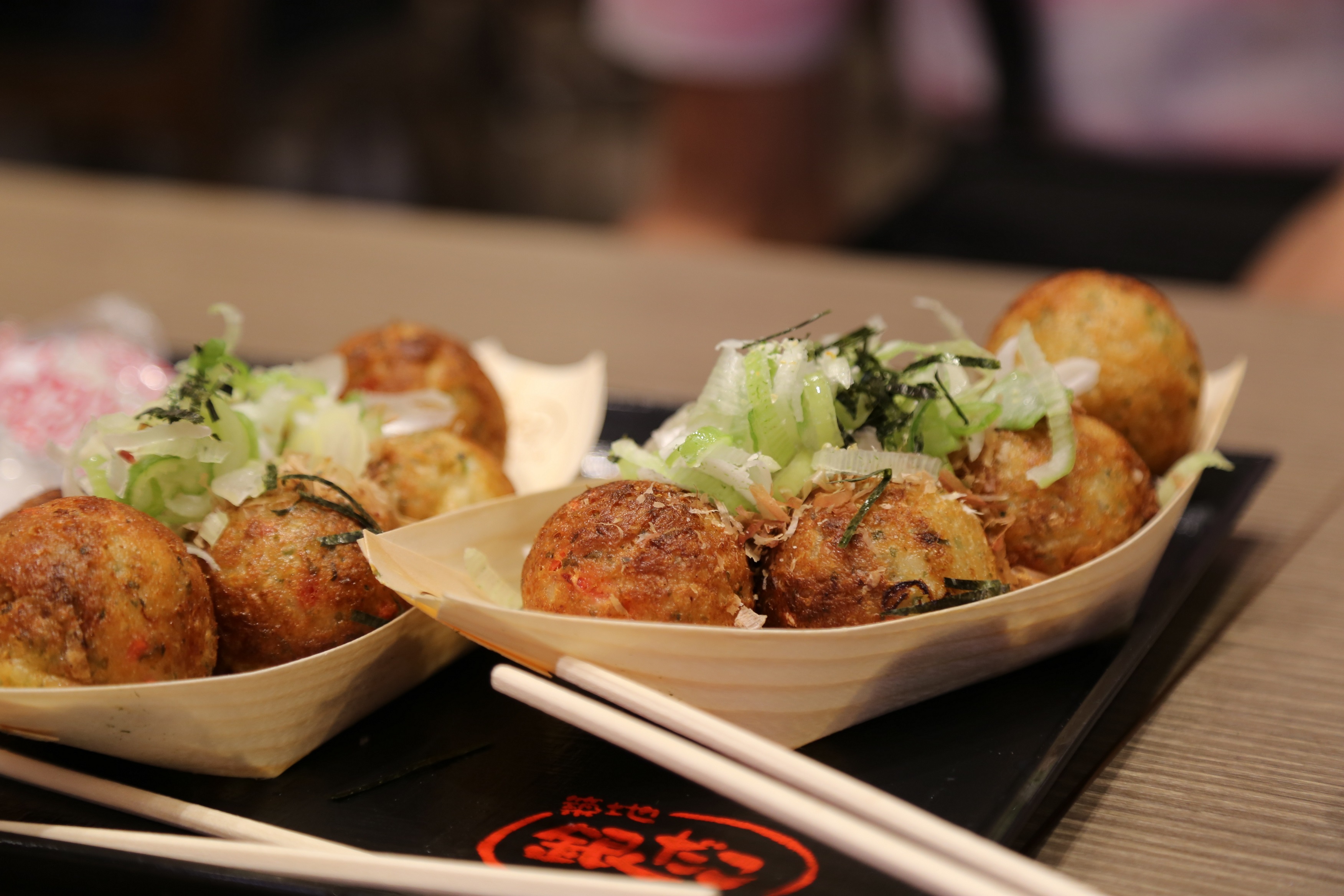 A ball-shaped snack made of a flour-based batter and cooked in a special takoyaki pan, then served with takoyaki sauce, mayonnaise, aonori (seaweed powder), and bonito flakes. It is traditionally filled with octopus (tako) bits but other fillings are also available. It is one of Japan’s best-known street foods.

A type of Japanese savoury pancake containing shredded cabbage and other fillings such as pork, seafood, and cheese, then topped with condiments similar to those of takoyaki. The two most famous types of okonomiyaki are Osaka-style okonomiyaki and Hiroshima-style okonomiyaki, whereby the latter appears to be layered with noodles and also fried egg. 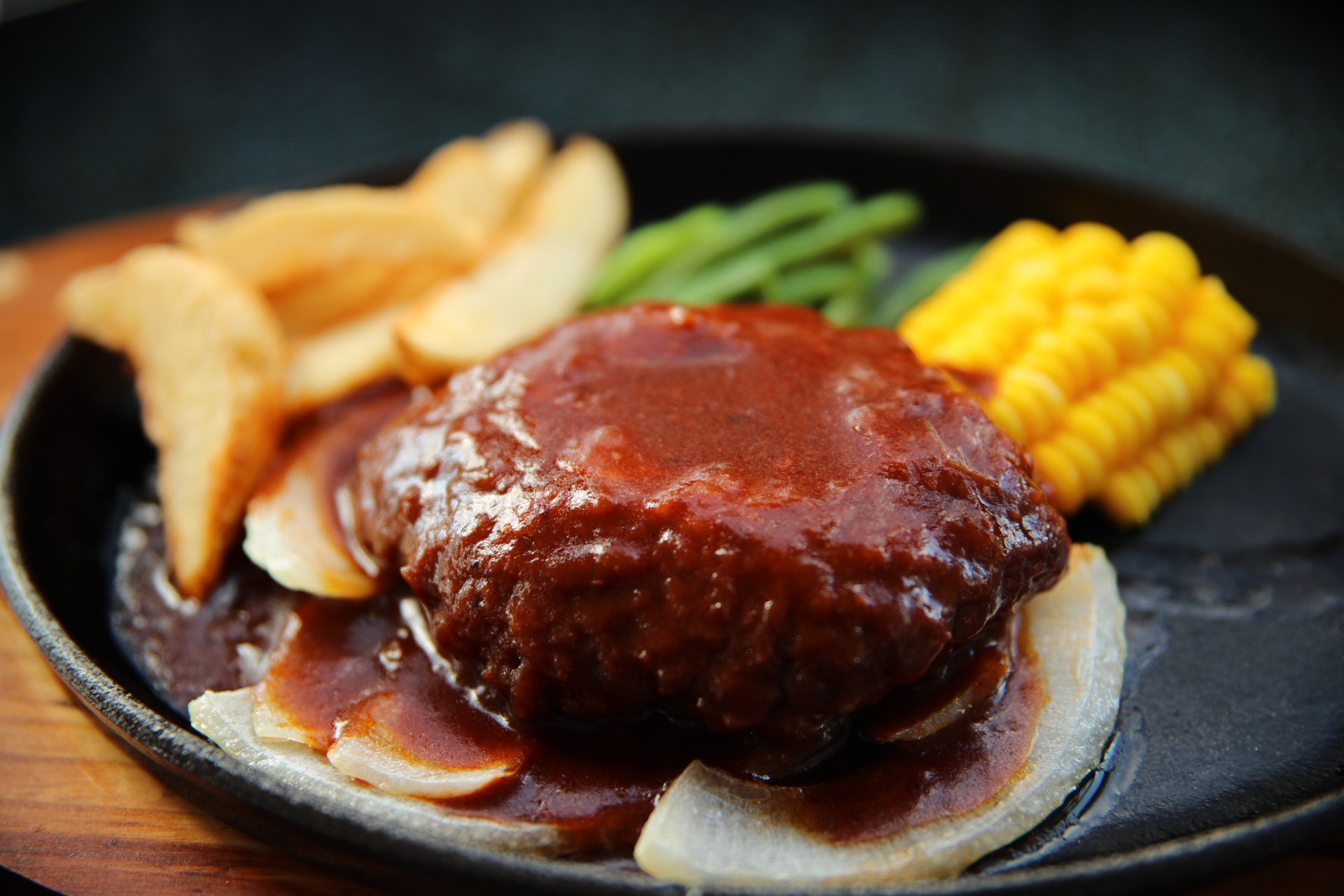 Known in Japanese as “hambagu”, it is a dish made from ground meat and served on a plate or a cast iron skillet covered with some kind of gravy, such as a demi-glace sauce or red wine sauce. It is usually eaten with rice instead of a bun, and comes with a side of vegetables and sometimes a fried egg.

Not to be confused with “hambagu”, hamburger or in Japanese “hambaga” refers to American-style burgers, served with a bun and often alongside fries, onion rings, or a salad. Okinawa prefecture and Sasebo city in Nagasaki prefecture are two places famous for classic American burgers due to the influence from U.S. military bases there. 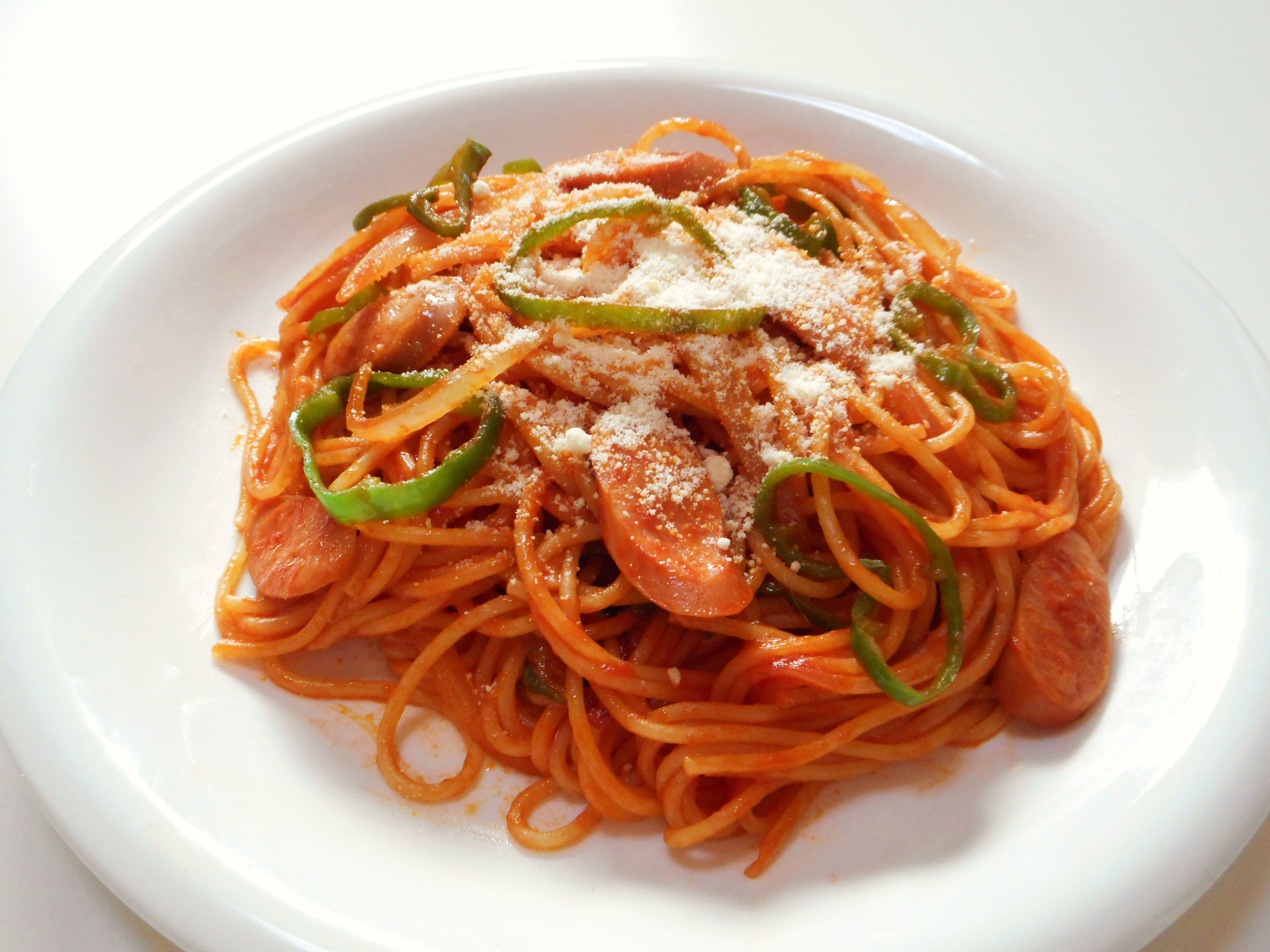 Despite the name “naporitan” or Neopolitan in English, spaghetti naporitan was created in Yokohama and is Japan’s unique take on pasta. The common ingredients are mushrooms, green peppers, onion, sausage, ham or bacon, with ketchup or a tomato-based sauce as the main seasoning.

Another Japanese-style western dish, omurice consists of fried rice, usually flavoured with ketchup, wrapped in an omelette and served with either ketchup, a white sauce, demi-glace sauce or even curry. It is one of Japanese kids’ favourites, and is often featured on school lunch menus and restaurant kids’ menus. 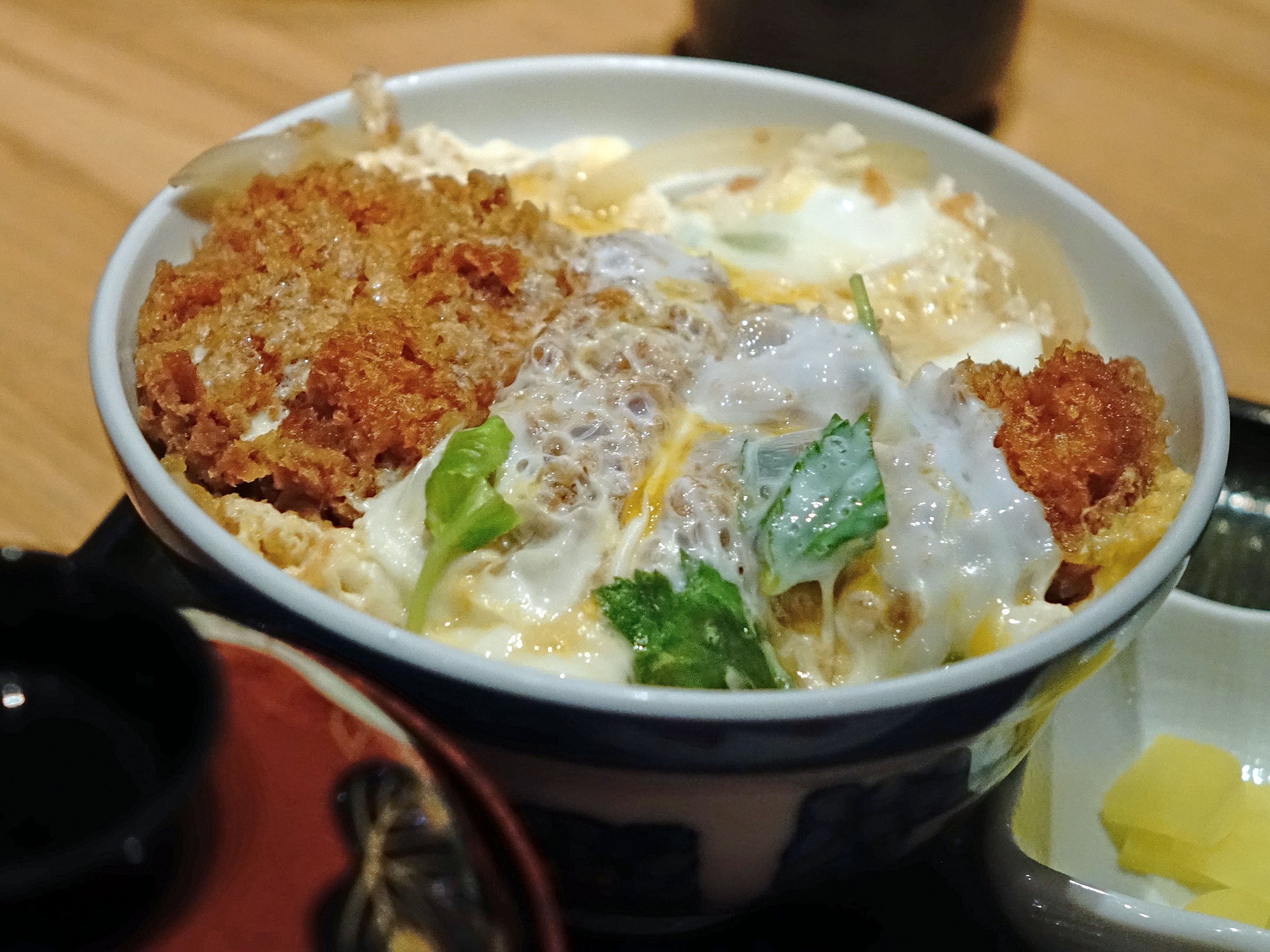 Donburi simply means a bowl of rice with toppings. It is popular because it is filling and convenient, and is cheaper than a set meal. There are many types of donburi, the common ones include gyudon (beef bowl), oyakodon (egg and chicken), tendon (assorted tempura), katsudon (pork cutlet and egg), and butadon (pork bowl).

Yakitori is grilled chicken skewers made with bite-sized chicken pieces, cooked over a charcoal flame and eaten with salt or a dipping sauce (tare). It is commonly eaten as a side with drinks (beer) or as part of a meal. Besides meat from the thighs and breasts, almost all parts of a chicken including the liver, skin, and other innards can also be used in making yakitori.

The next part of this article is about regional B-class gourmet dishes as well as information on places to enjoy B-kyu gurume, stay tuned!