Why Aomori Would Be A Fantastic Alternative To Sapporo?

2 Days 1 Night Itinerary to Shirahama No ratings yet.

Start Your New Year with These Japanese Traditions No ratings yet. 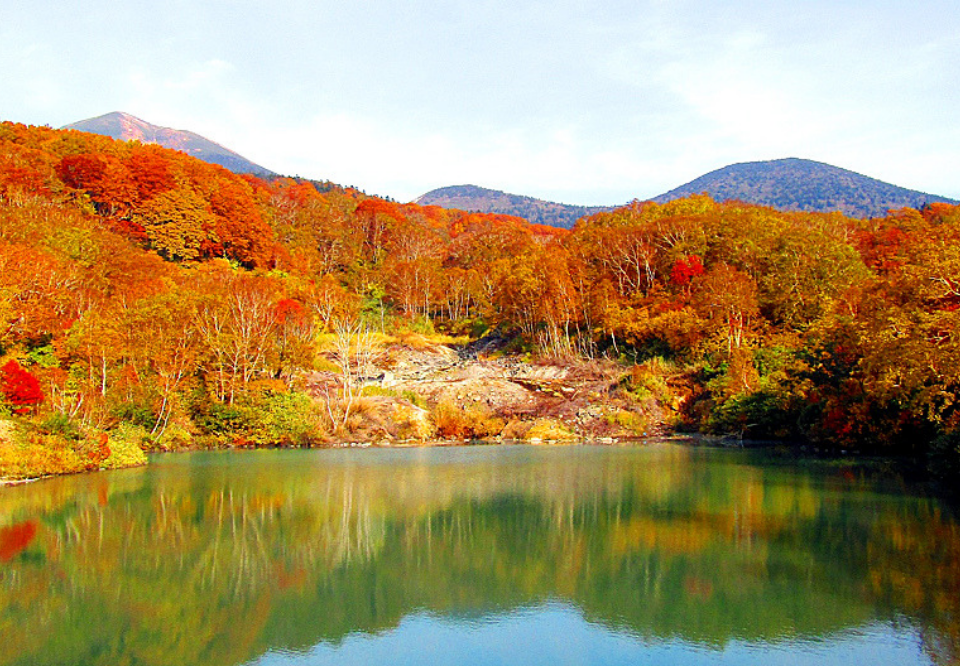 Why Aomori Would Be A Fantastic Alternative To Sapporo?
No ratings yet.
Tags: aomori • autumn • festivals • summer • tohoku • winter destinations •

Many travellers already know where is Sapporo is, and with more tourist from all over the world visiting this winter destination in Japan, there are some that want a less crowded place to have a vacation.

Aomori is a prefecture that sits on the northern most part of Kyushu Island, which connects to Hokkaido Island via bridge. Most travellers will fly directly into Sapporo to enjoy the Japanese winter, and many are unaware of Aomori, being quite close by at a distance of around 255 kilometres. 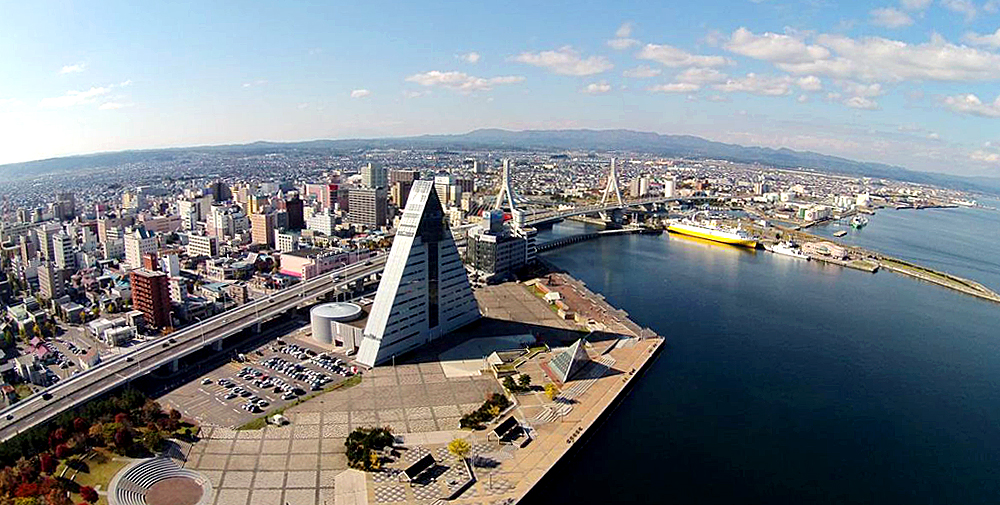 What To Do In Aomori?

Depending on the season you visit, there are in fact quite a number of items that you can do all over the Aomori prefecture. However, this northern part of Japan is quite well known for their winter activities.

Even throughout any season, you can still visit the many ski resorts in Aomori and get to snow board or ski there. Not to worry as in this article, I will also be sharing the things that you can do in Aomori throughout the year, depending on which season you visit. 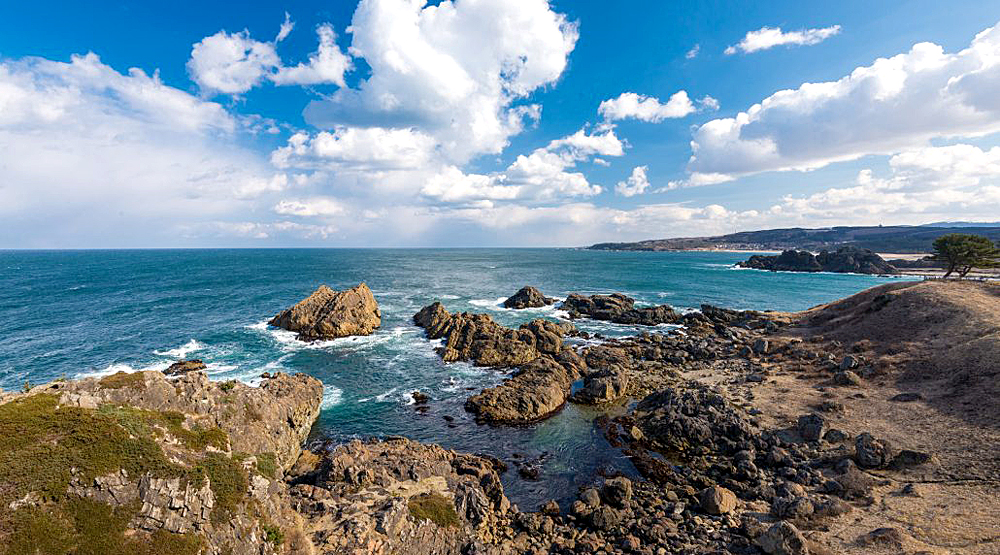 Hirosaki Castle – Cherry Blossom or Sakura viewing is the number one thing to do during the spring season, namely from end of March till mid April. One of the recommended places to do this is at the Hirosaki Castle, where a lot of pink cherry blossoms will bloom in the foreground of the majestic castle.

Hachinohe Coastline – Visiting the Hachinohe coastline is also great to do during spring as the weather for a beach holidays is perfect, with cool sea breeze and a mild sun. The coastline here provides excellent opportunities for landscape photographers.

National Parks – When you are here, do also explore the Tanesashi Kaigan Hashikamidake Prefectural Natural Park which is perfect if you are a nature lover. This beautiful park is also incorporated into the Sanriku Fukko National Park as well, so you get two parks in one visit.

Tatehana Wharf Morning Market – Explore this amazing market on Sundays where you will find over 300 vendors lined up along a 800 meter long street. This is touted as one of Japan’s largest markets with over 10,000 people visiting and browsing through some very local Japanese products. This market is also called the Tatehana Ganpeki Asaichi.

Aomori Nebuta Festival – One of the largest summer festivals in Japan is found here in Aomori, and it is called the Aomori Nebuta Festival. See massive giant floats being paraded along the main streets accompanied by drum beats and flute playing by participants. Catch this festival from 2nd till 7th August.

Nebuta Warasse – If you are here and miss the main festival, not to worry as you can visit the Nebuta Warasse, a special museum dedicated to the Nebuta Festival. Beautifully decorated floats are put on display here for visitors to see, and a brief history of the festival is explained here. 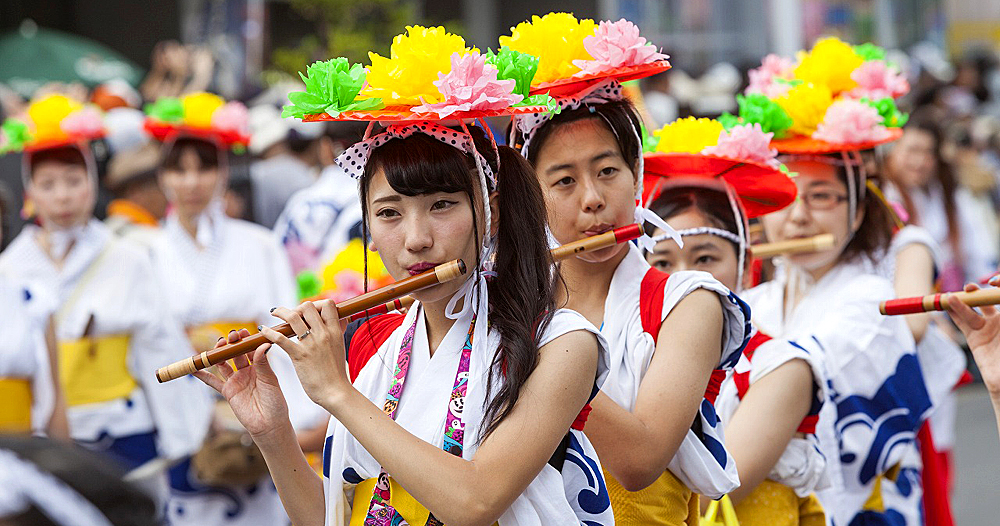 Kabushima Island – This is also known as Seagull Island where over 4,000 black-tailed gulls make this place home. There is a small shrine on the island called the Kabushima Shinto Shrine where locals come here to pray for relationships.

Sansha Taisai Festival – You can also visit Hachinohe for the Sansha Taisai Festival during summer as this 290 year old festival is also designated as a National Important Intangible Folk Cultural Property. Hundreds of participants and also 27 special colourful floats parade along the main streets from 31st July till 5th August during the day and night. 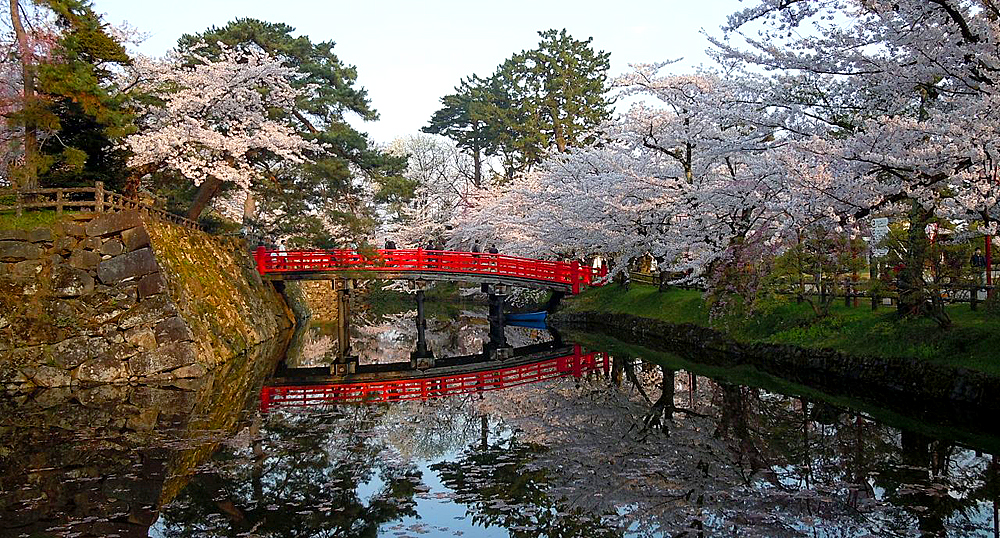 Hirosaki Park – Seeing the beautiful autumn leaves is best done at the Hirosaki Park in Aomori, where you can find over 2,500 cherry trees than give a stunning landscape. Around the vicinity of the park, you can easily walk to other attractions like the famous Hirosaki Castle and the Botanical Gardens.

Mount Hakkoda – For the adventurous, take the Hakkoda Ropeway or cable car up to Mount Hakkoda, where you can get aerial views of the amazing autumn colours spread as far as your eyes can see. There are many trails and treks and perfect for nature lovers. 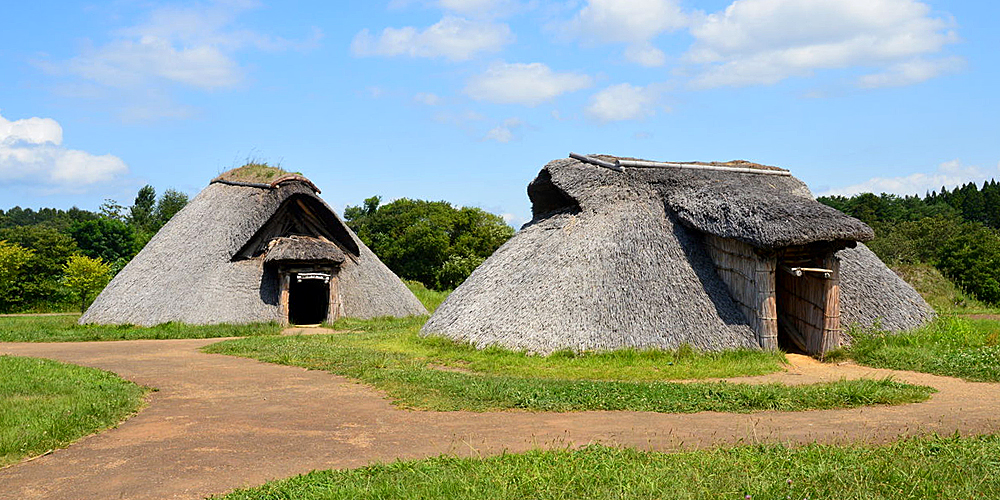 Auga Fish Market – Visit the Auga Market to experience how the traditional seafood market works in this part of Japan. Some of the freshest seafood is brought in from the Aomori Port and sold here in a very localised way. Apart from just seeing the lifestyle here, visitors can also buy the famous Aomori scallops and other seafood, then bring them to some of the restaurants nearby to have them freshly cooked.

Kawauchigawa Valley – Located in the Shimokita Peninsula, this place is also a recommended place to see the autumn foliage as an interesting nature trail stretches for over four kilometres. After admiring the beautiful autumn colours, you will reach a local hot spring called Yunokawa Onsen. 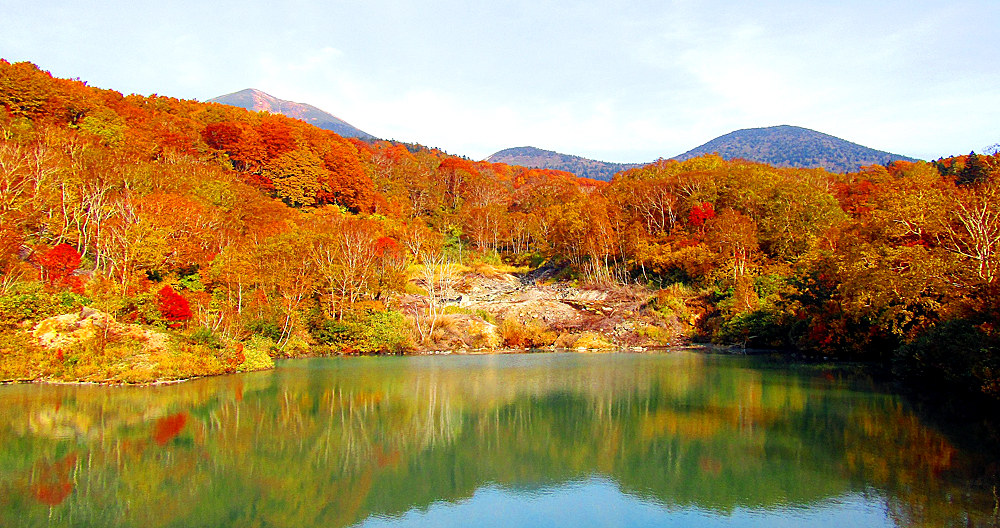 Apple Picking in Aomori – Apple season is from August till mid-November, and visitors coming here just after the summer can participate in the apple picking at a number of farms in Aomori. Most of the farms are located in the Hirosaki area and below is a list of them;

Fuji apples being plucked at a farm in Hirosaki.

Mori no Naka no Kajuen Orchard 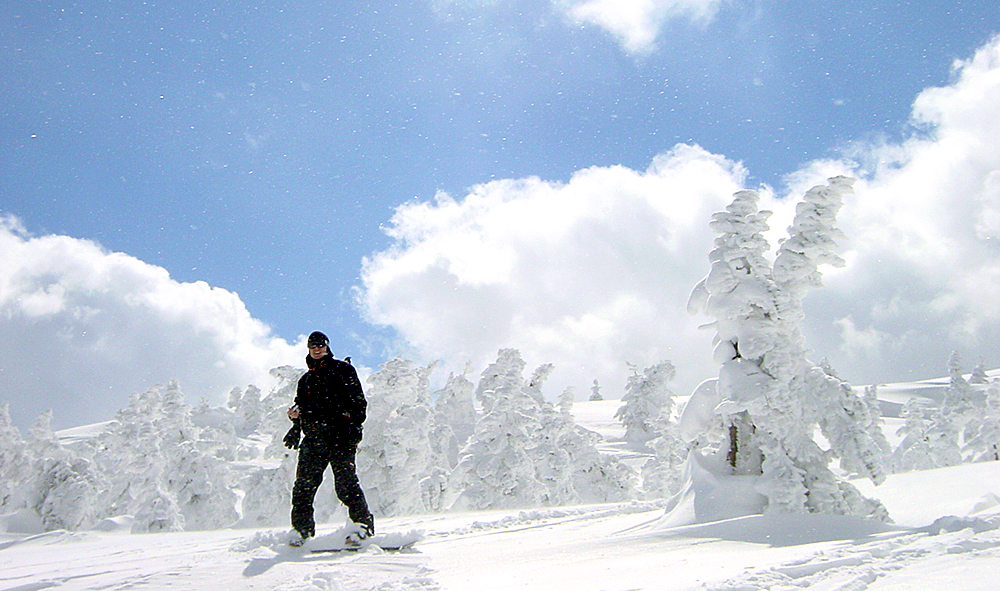 Snow Trekking – You can experience a special snow trek or snow country drifting at the peak of the winter with professional snow trekking guides that lead you through heavy snowfall. This unique and very different tour takes place in the Tsugaru region of Aomori prefecture. Price is around ¥2500 per adult.

Ski Resorts in Aomori – Snowboarding and skiing are also on top of the winter list of things to do here, as you will find quite a number of ski resorts located in Aomori. Some of the most popular places for this is at the Hakkoda Ski Area, and is suitable for beginners, advanced skiers and also snowboarders. 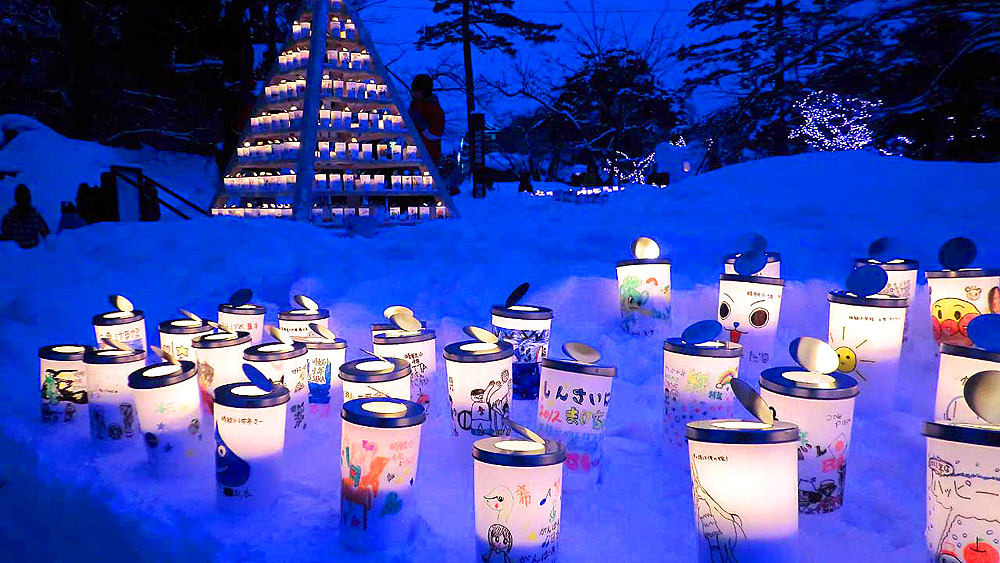 Beautiful lanterns put in the snow at Hirosaki.

Hirosaki Snow Lantern Festival – Probably the most famous festival during the winter and also called the Hirosaki Castle Yuki-Doro Festival, this is highly recommended to experience in Aomori. The festival is also participated by the locals, who hand-craft all of the snow lanterns. Catch this festival at Hirosaki Park in early February for five days in a row. 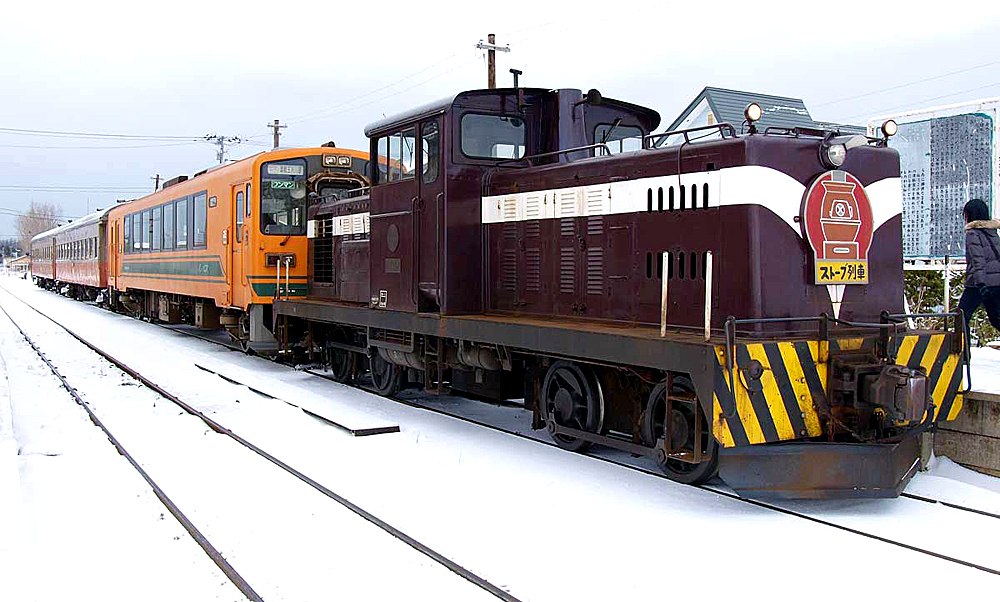 Aomori Tsugaru Railway – Called the Stove Winter Train, this experience has been in operation since 1940 and is operated by a traditional diesel engine train and a coal heating stove system for the warmth. The service only runs from December till March.

Lake Towada Winter Story Festival – Held in the month of February, this is not to be missed if you are here for the winter. The festival takes place at the Yasumiya area of Towada lakeside and is best visited at night when the beautiful LED illumination lights up the entire festival. There is also a nightly winter fireworks display, a magical light tunnel and a unique igloo bar. 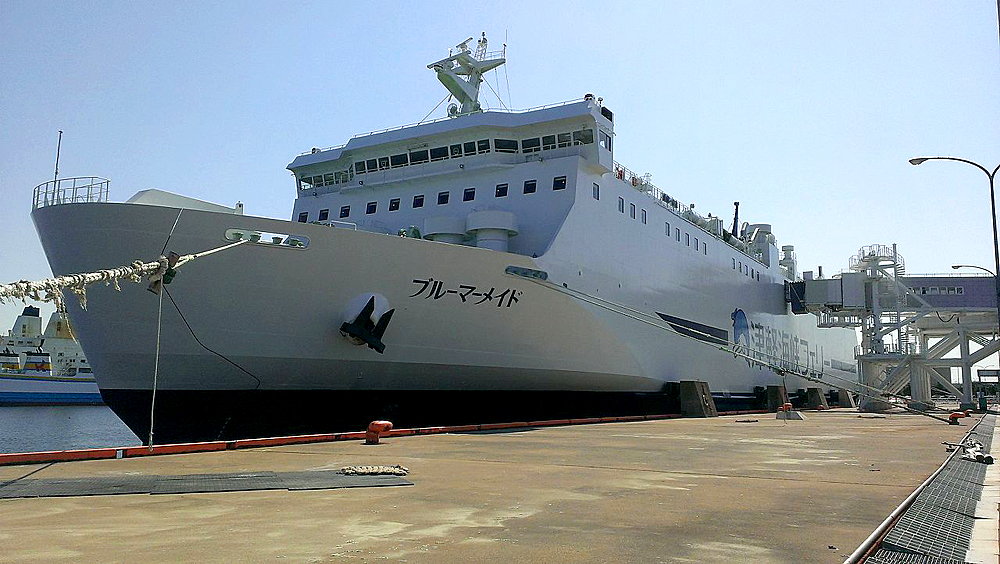 There are various ways to get to Aomori depending on where your landing airport is. If you are travelling via Tokyo or Osaka, you can easily travel via high speed bullet train, or to save time, just catch a local domestic flight.

If you are flying into Sapporo on Hokkaido Island, you can also opt to choose from train travel or even domestic flights. Either way, both train and planes have their own uniqueness, and also time factors.

But if you have the luxury of time, you can also try the four hour ferry from Hokkaido Island to Aomori Ferry Terminal. The ferry terminal is located in Hakodate, which is at the most south point of Hokkaido Island. If you are self driving, the Tsugaru Kaikyo Ferry service also allows cars.