10 Real Facts about Japan you Probably Don’t Know No ratings yet.

Iwakuni, an Alternative Travel Destination No ratings yet. 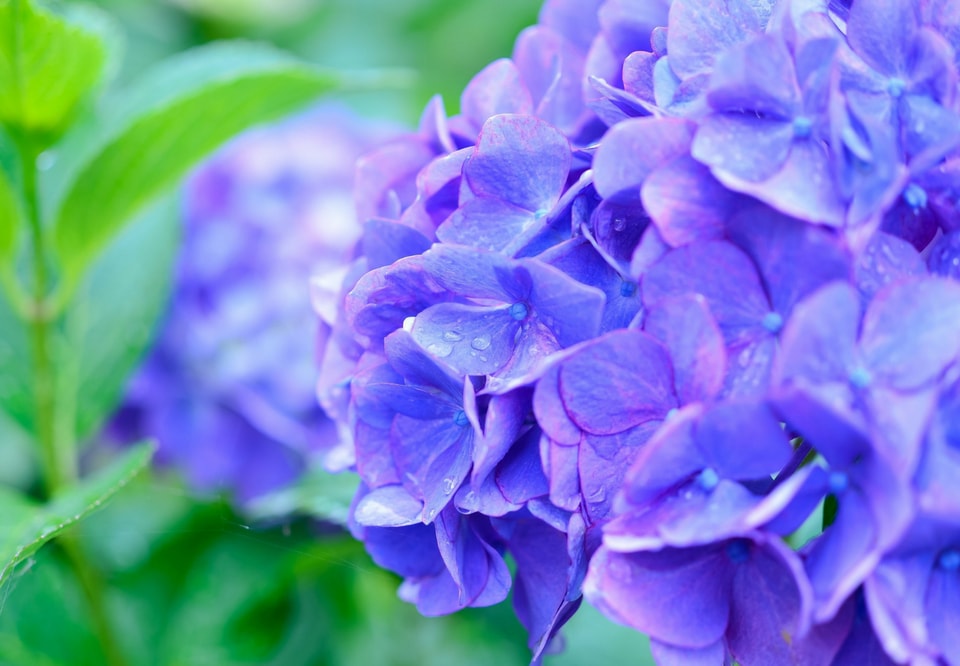 Between early June and mid-July every year, the arrival of “tsuyu” or rainy season marks the start of early summer in Japan. During this period, the weather is wet, rainy, and overcast most days, yet muggy on the days when there is no rain.

While you may think there is nothing much to do besides spending time indoors, hydrangeas which flourish beautifully during this season are definitely worth going out for, and easily the best thing about Japan’s rainy season.

Read on to learn about this wonderful rainy season flower and some of the famous places around Tokyo to catch its beauty! 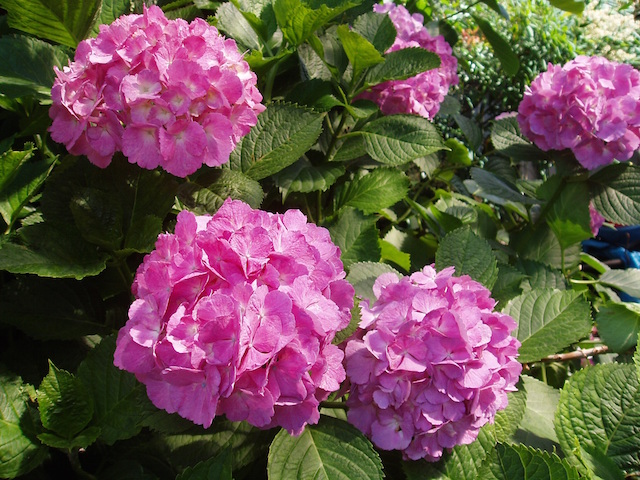 Hydrangea or “ajisai” 紫陽花 in Japanese, is a flower species native to Japan. Come in blue, purple, white, and red colours, hydrangeas are formed by many small flowers bloom together to make large, rounded clusters. 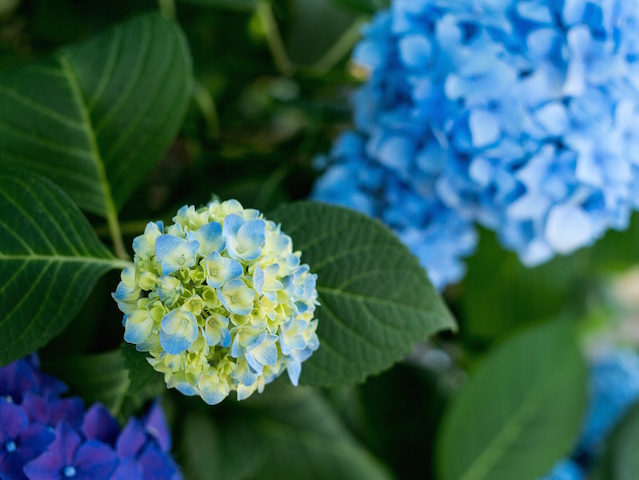 One special feature about hydrangeas is the changeability of the flower’s colour, which gets darker over time from pale to deep blue, purple, or red. The colour can also be decided by the soil’s acidity level, as the flowers will be closer to blue when the soil is acidic and closer to red when the soil is alkaline. Because of this trait, hydrangeas are also called “shichi-henge” 七変化 which means flower of seven transformations.

Hydrangeas are the symbol of rainy season in Japan, given they always thrive handsomely during the rainy months. The peak season for hydrangeas is between mid and late June.

Where to See Hydrangeas 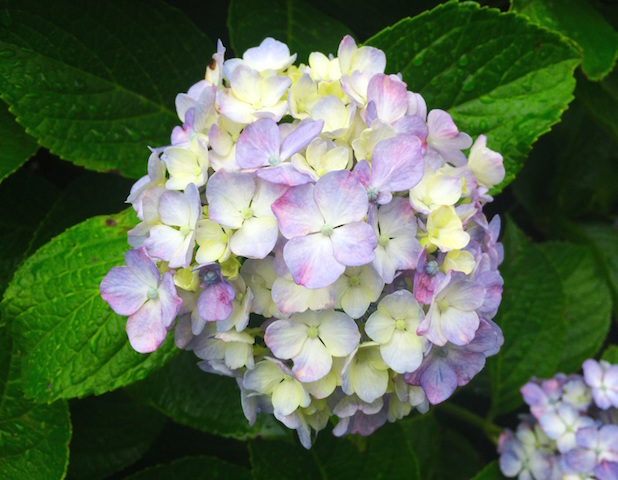 Ajisai is a much loved seasonal flower in Japan. While it sounds like a crazy idea to view flowers amid a drizzle, people are seen going out to admire these beauties despite the rainy weather each year, and it is an experience not to be missed if you’re visiting Japan during the rainy season.

Located less than an hour from Tokyo, Kamakura has been a popular day trip destination for many tourists drawn to its beach, the island town, ancient temples, and the iconic Great Buddha of Kamakura. 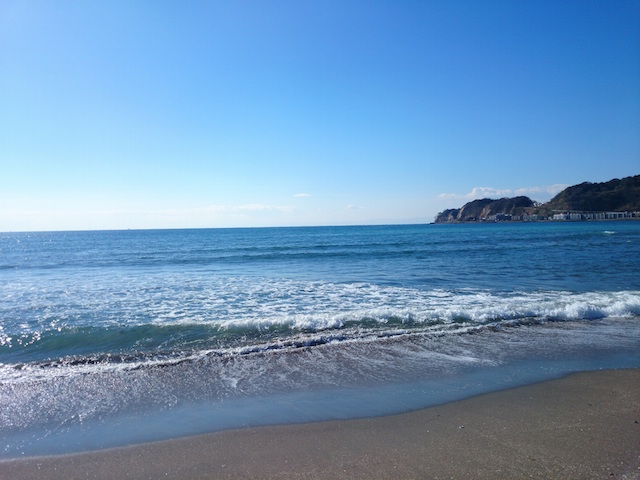 During rainy season, the atmosphere in this charming old city makes it so suitable for ajisai viewing. If you are looking for the best place to view ajisai, Kamakura is definitely topping the list. Make sure to visit the famous hydrangea temples of Meigetsu-in and Hase-dera, even though they are so popular that there will be lots of visitors! 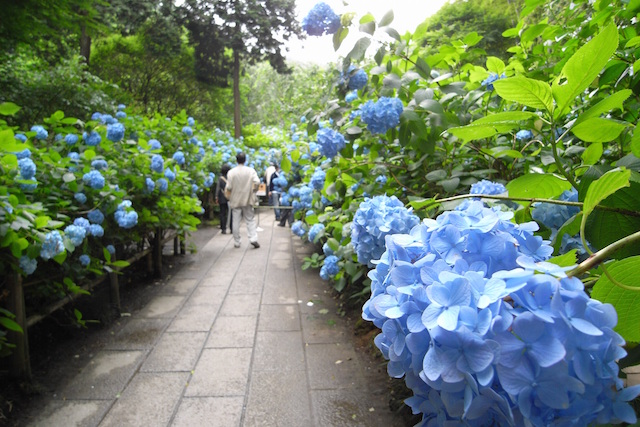 A well-known spot for viewing seasonal flowers, Meigetsu-in has about 2,500 hydrangea bushes lining the pathways throughout the temple. The highlight is the stone steps leading to the main building, where you will not miss seeing the temple’s signature Hime Ajisai (Princess Hydrangea). Being a native species, this elegant blue hydrangea is known for becoming more intense in colour over time, from light blue to violet-blue and finally dark blue. 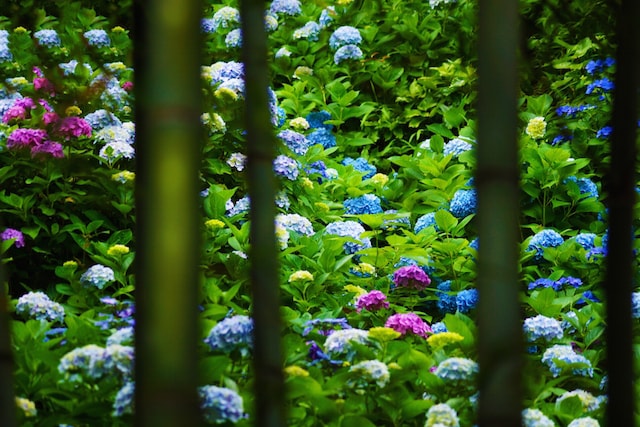 Bamboo grove and hydrangeas at Hase-dera

Hase-dera is a famous temple in Kamakura, not just for its hydrangeas but also for its 11-headed wooden statue of Kannon (Goddess of Mercy), hundreds of small Jizo statues, a Benzaiten cave, and a hillside terrace that commands a breathtaking view over the Sagami Bay and Kamakura city. In June each year, about 2,500 hydrangeas adorning the hill behind the temple bloom to a riot of colours, offering a sight that is different from Meigetsu-in’s mainly blue scene. 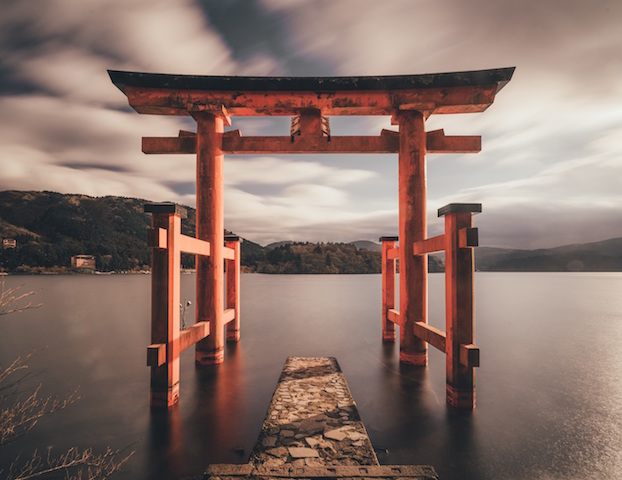 Hakone is another popular destination that is just a short ride away from Tokyo, famed for its natural hot springs, mountains and spectacular views of Mt. Fuji and Lake Ashi. If you happen to visit Hakone between June and July, a must-do is to take the Hakone Tozan Railway through which you get to see thousands of flowering hydrangeas along the train tracks. 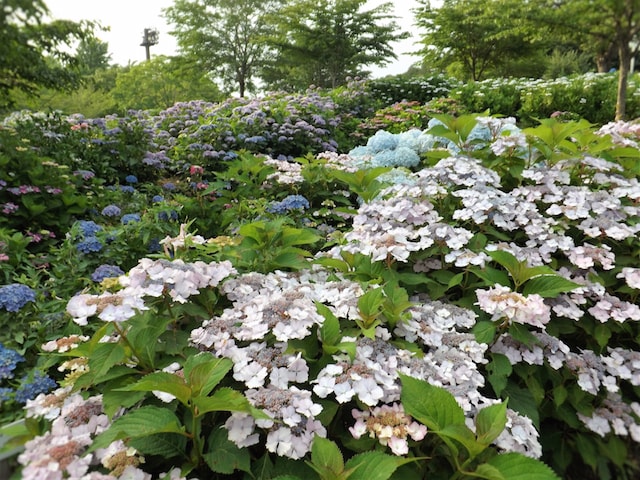 Running between Hakone-Yumoto Station and Gora Station, the mountain railway is no stranger to many who had visited Hakone before. However during rainy season when the 10,000 hydrangea bushes along the railway are in full bloom, the 40-minute ride becomes all the more romantic that it is nicknamed Hydrangea Train.

Special night trains are also available for a limited time period. Besides travelling at a slower speed to allow photo opportunities, these trains also stop at selected spots where passengers can take a close look at the illuminated hydrangeas (seat reservation required). 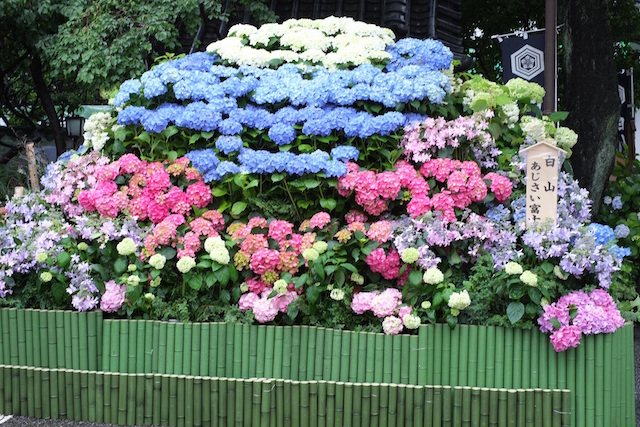 Back in Tokyo, it is not hard to spot hydrangeas blooming all over the place during the rainy season: gardens, parks, roadsides, shrines as well as temples. But when it comes to hydrangea festivals, the Bunkyo Ajisai Matsuri is one of the most famous in town.

Taking place at Hakusan Shrine from early to mid-June, the annual event features over 3,000 hydrangeas spreading across the festival grounds from the shrine to the nearby Hakusan Park. Apart from the flowers, there are also food stalls and booths selling hydrangeas and other local products, as well as special events and activities held mainly on the weekends. 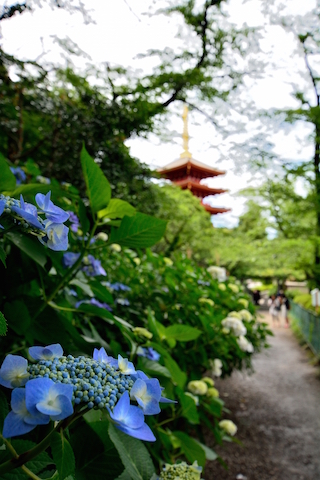 Just as exquisite are the hydrangeas at Takahata Fudosan Kongoji. Known as one of the best places in Tokyo for ajisai-viewing, it has about 250 species, over 7,800 hydrangeas growing on the hill behind the temple buildings. In conjunction with the annual hydrangea festival which takes place between early June and early July, various cultural activities, as well as markets, are also being held on the weekends.

Besides walking on the ajisai-lined trails, don’t forget to check out the temple’s historical structures, including the Fudo Hall and Nio Gate which have been listed as Important Cultural Properties of Japan. 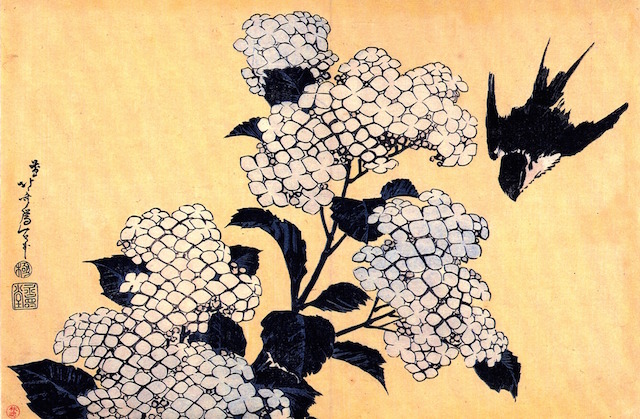 Ajisai is much celebrated by Japanese people as they do for plum and cherry blossoms, and it is not hard to understand why – blooming profusely during the rainy season, they surely add colours and delicateness to the gloomy days which predominate this time of year.

If you happen to visit Tokyo during the rainy season, be sure to visit some of the hydrangea viewing spots introduced in this article, and let these awesome flowers chase away the rainy day blues for you!