Only 30 Minutes from Tokyo! Travel Back in Time to This Old Town in Saitama

Not Just Lake Biwa: Popular Places to Visit in Shiga Prefecture No ratings yet.

5 Best Crepes to Try in Japan No ratings yet. 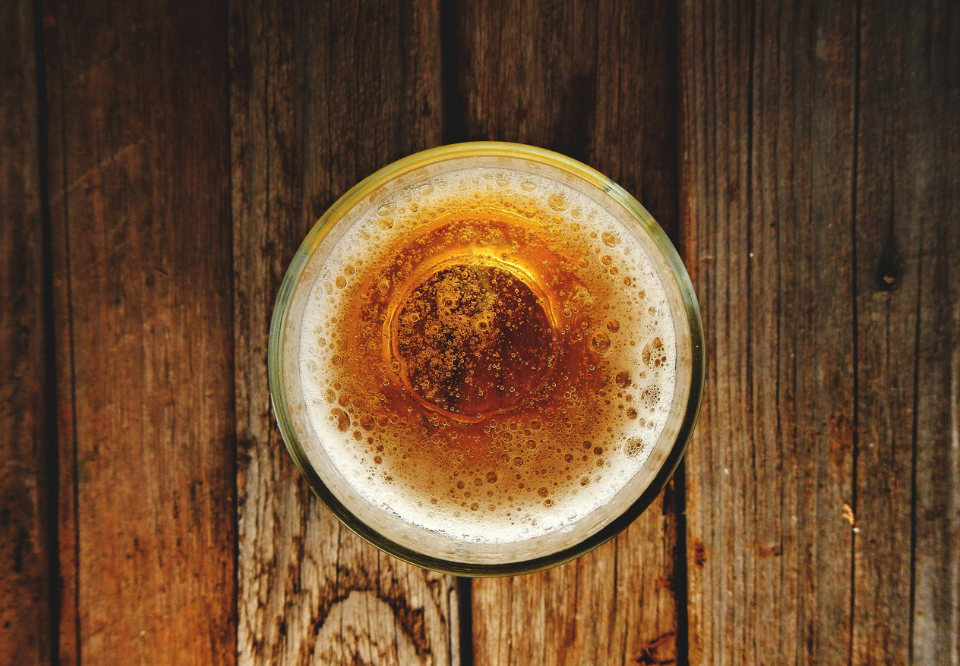 Only 30 Minutes from Tokyo! Travel Back in Time to This Old Town in Saitama
No ratings yet.
Tags: festivals • historical sites • japanese culture • kanto • kawagoe • saitama •

Kawagoe 川越 is a city in Saitama Prefecture, about 40 km from Tokyo. Famously known as Koedo or Little Edo, the city is one of the most popular destinations in Saitama due to the nostalgic atmosphere it still retains today.

Historically a trade city with strategic importance, Kawagoe has many historical sites that witness the city’s past as a prosperous suburb of Edo (present day Tokyo). The old streets and traditional buildings here make you feel as if being in a period drama setting.

In this article, let’s have an overview of the things to see and do in Little Edo. If you are looking to venture out of Tokyo for a day trip in a neighbouring city but don’t have much time for further destinations such as Nikko, Kamakura, and Hakone, we’ve got an idea for you – Kawagoe. 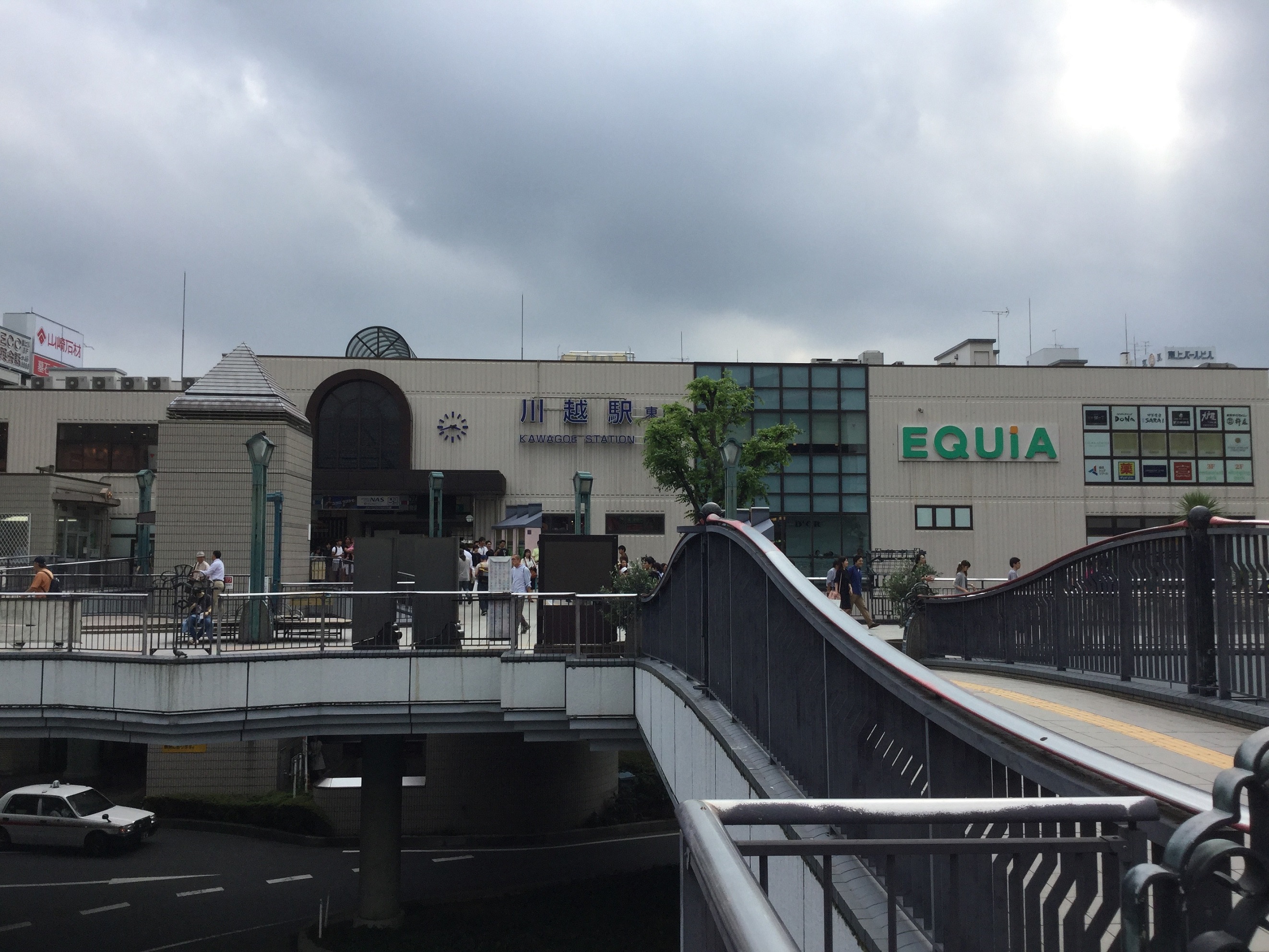 Kawagoe can easily be explored on foot, as the sightseeing spots are within walking distance of each other and of the stations. The city is also served by two loop buses, Co-Edo Loop Bus and Koedo Famous Locations Loop Bus, which connect the main train stations with the city’s popular attractions. 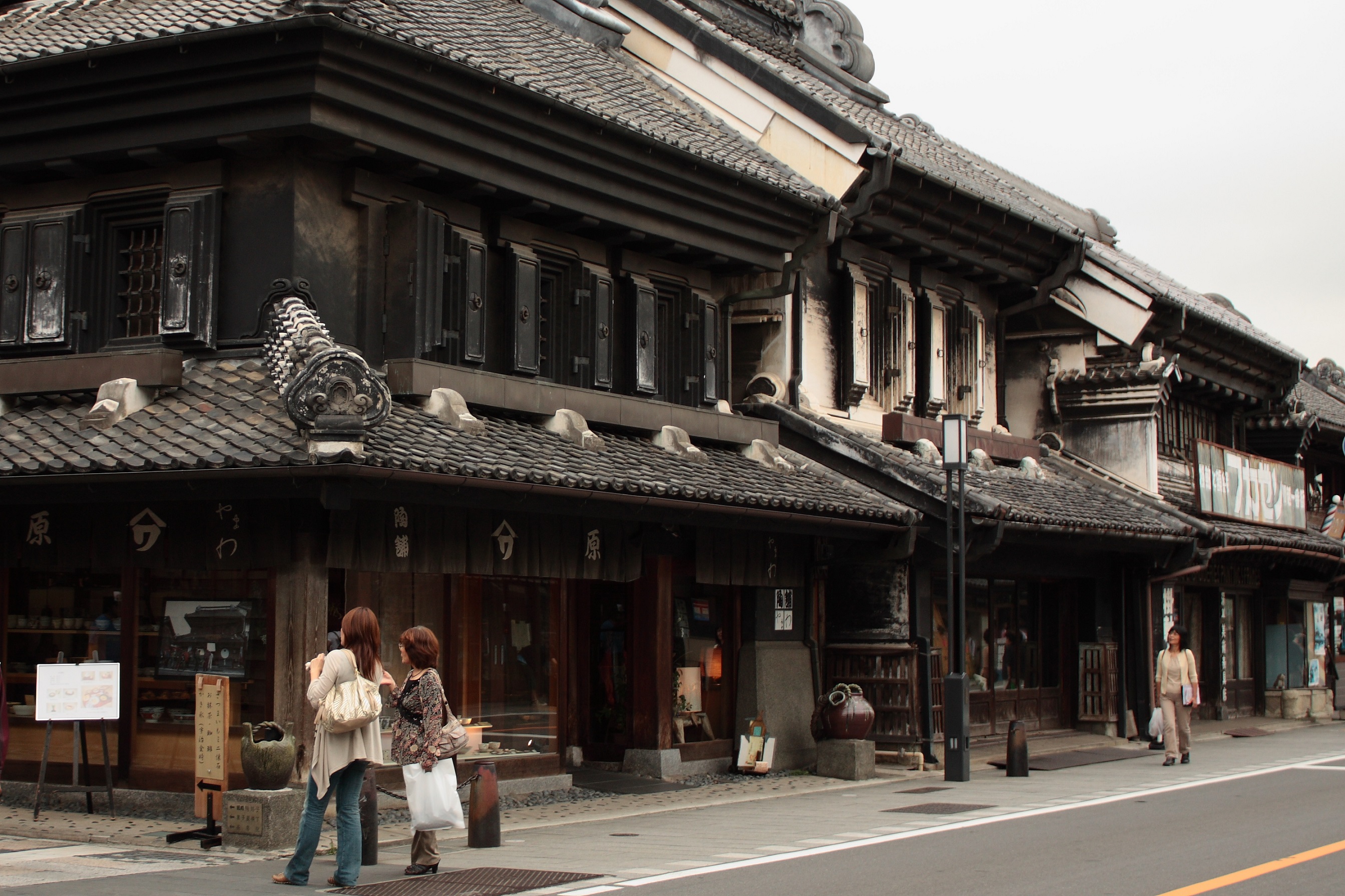 Also called Kawagoe Ichibangai 一番街, this is the area where the city’s signature Kurazukuri warehouse-style buildings, date back to the 18th and 19th century, are to be found. The structures are now repurposed into museums, cafes, as well as shops selling various local snacks and specialties such as senbei, dango, and handicrafts which are perfect as souvenir. 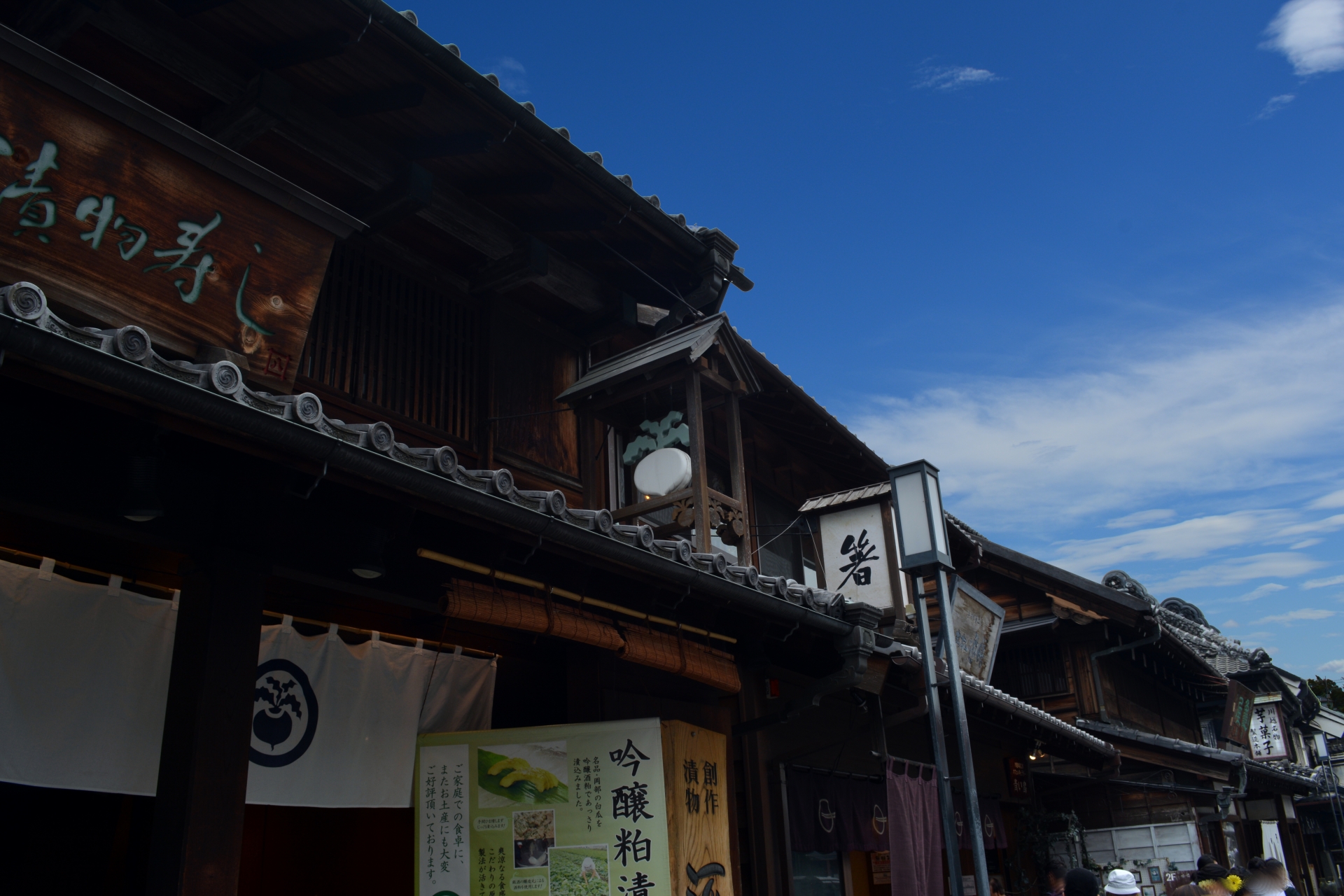 Among the notable buildings in the district are the Osawa Residence and Kawagoe Kurazukuri Museum. Visitors can learn about the unique Kurazukuri architectural style and get a glimpse of the life of wealthy merchants back in the day at these former merchant houses.

Overlooking the Kurazukuri district, this 3-storey bell tower is regarded as the symbol of Kawagoe. It was first built in the Edo period, though the current structure goes back to 1894. It still rings four times a day, and can be heard at 6 AM, 12 PM, 3 PM, and 6 PM. 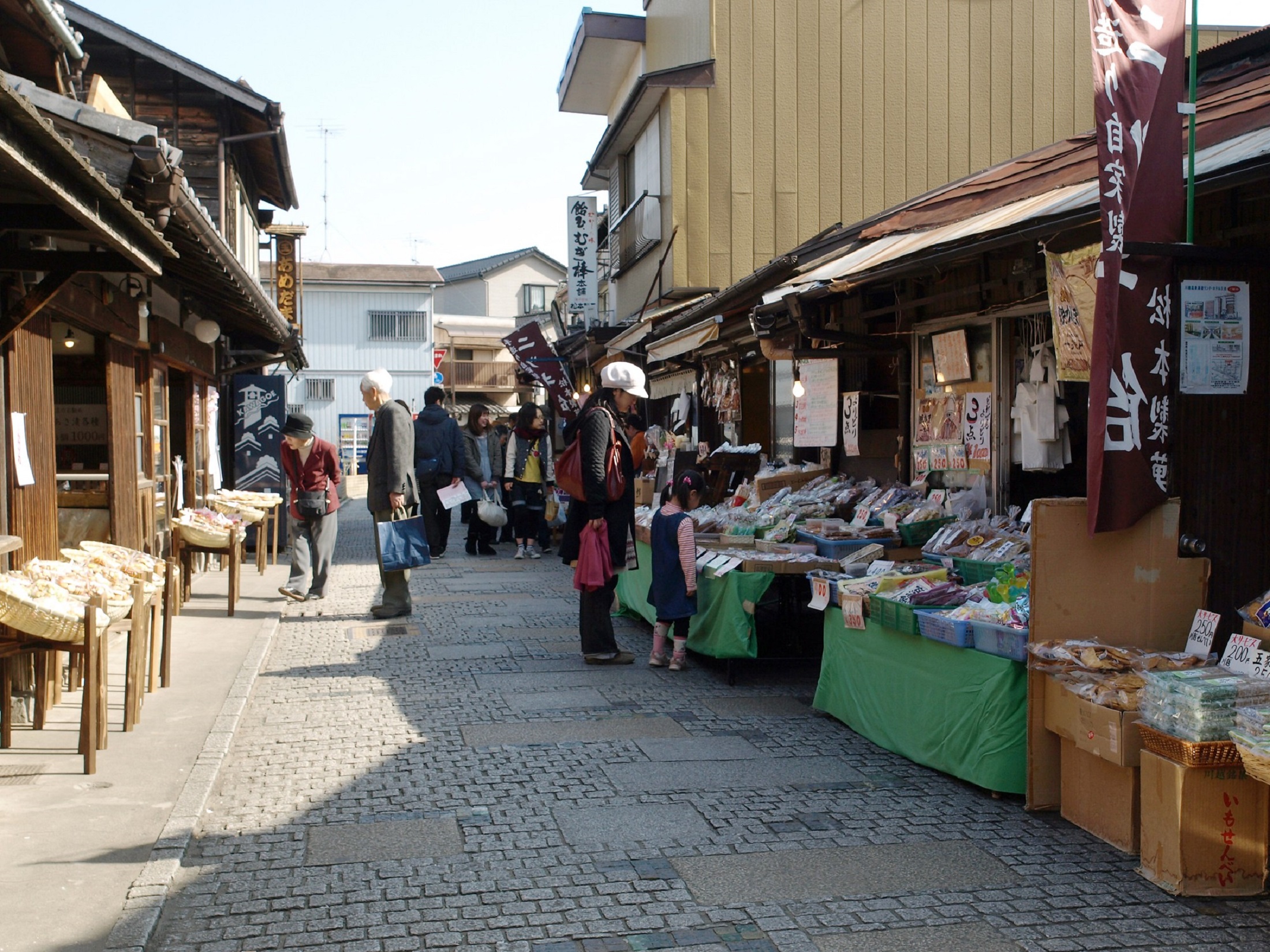 Lined with traditional candy stores and filled with nostalgic Showa period ambience, this back alley is a paradise for both children and adults. Ready to be spoiled by the types of sweets available here, especially the cheap, old-fashioned Japanese candy called dagashi which never fails to fascinate locals and tourists alike with their colourful packaging and variety.

A shopping street that exudes the retro atmosphere of the Taisho era (1912-1926), marked by elegant Western-style buildings and stores which have been in business since early 20th century. Among the notable structures here is Kawagoe Chamber of Commerce and Industry. 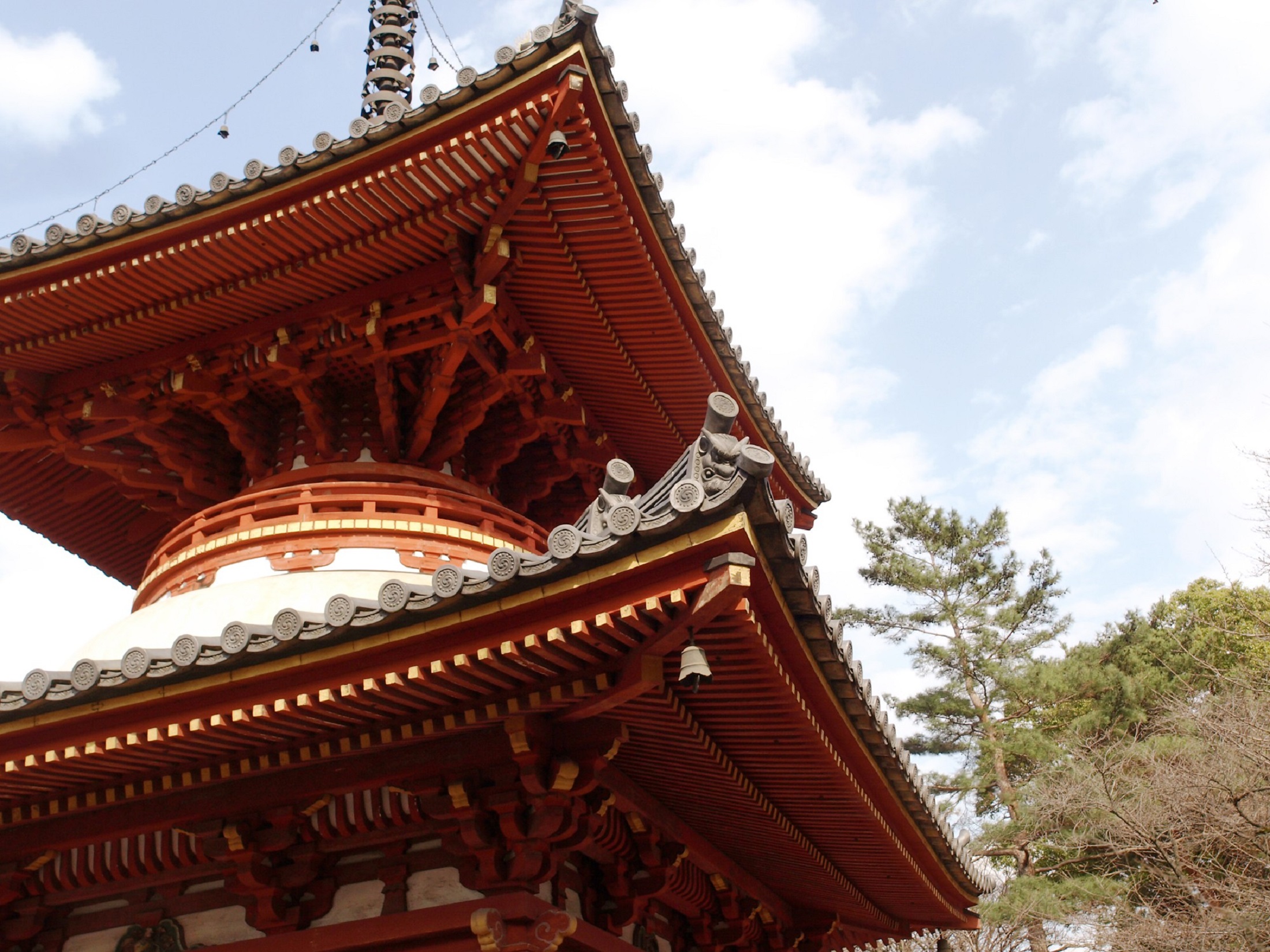 A Buddhist temple with strong association with the Tokugawa clan. Founded in 830, the temple is home to many important cultural properties, including the room in which Tokugawa Iemitsu was born, and the dressing and makeup room of Iemitsu’s nanny Kasuga no Tsubone. These are the only surviving structures of the original Edo Castle (now the Imperial Palace in Tokyo).

On the temple grounds you will also find Senba Toshogu, a shrine dedicated to Tokugawa Ieyasu, and also more than 500 statues of Rakan (Buddha’s disciples), each capturing human emotion and expression in a precise yet interesting manner. 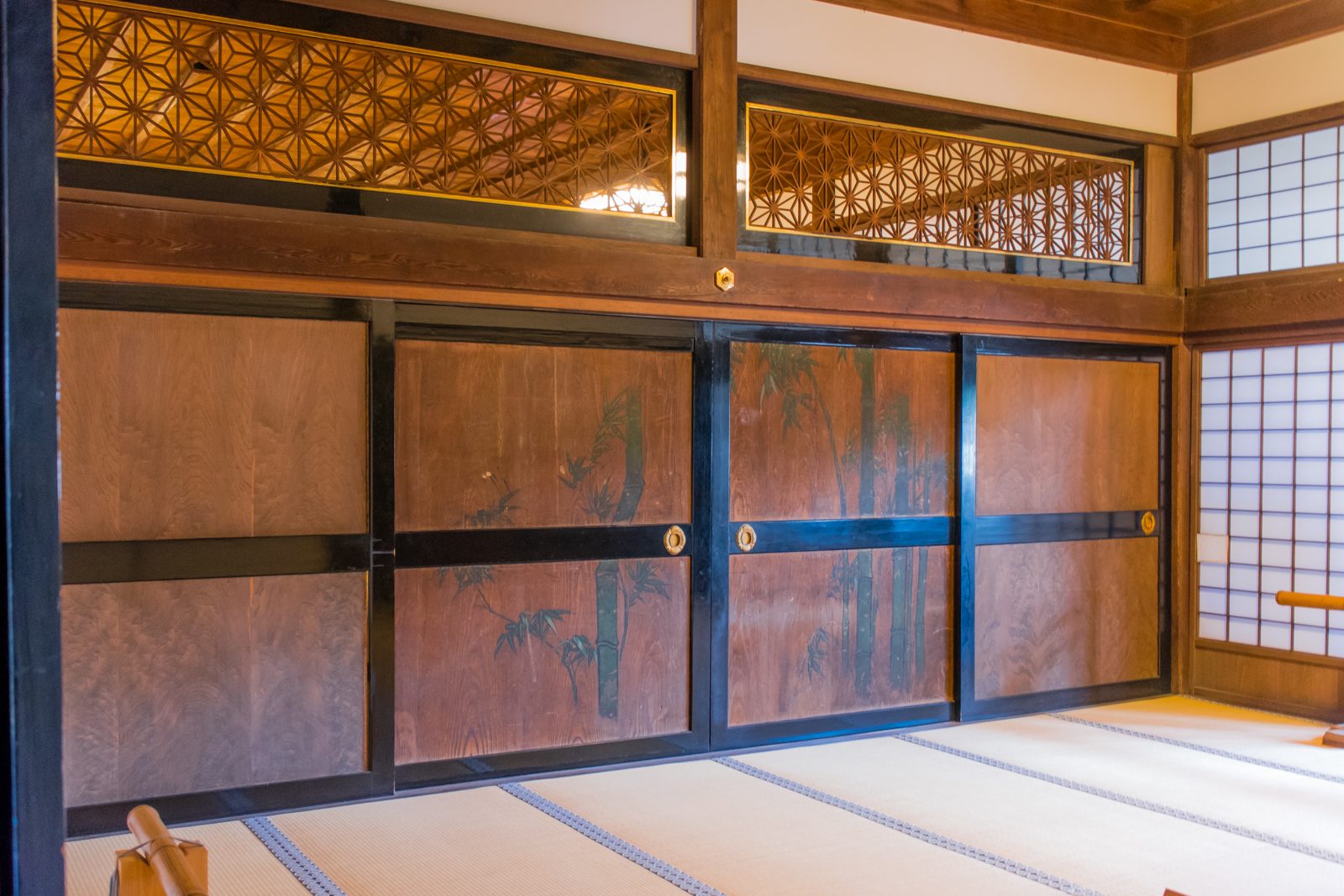 Built in 1848 as the palace and residence of the local daimyo, Honmaru Goten is the only surviving building of the Kawagoe Castle which was demolished in 1870. It features spacious tatami rooms and garden which have been faithfully restored to showcase their original look. 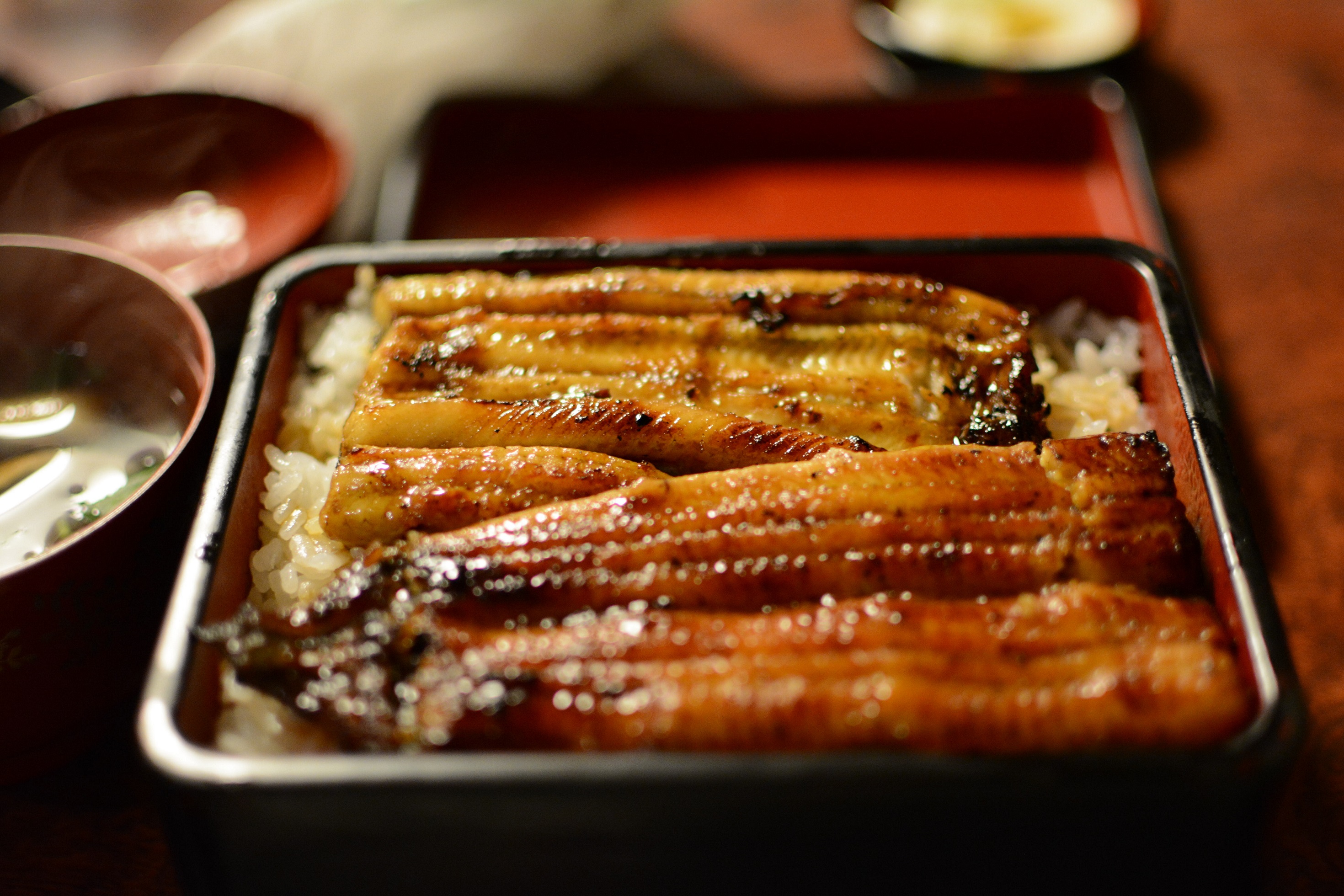 The city is also known for its grilled unagi (eel) and yakisoba (Japanese fried noodles), which is different than a regular yakisoba for its use of thicker noodles. 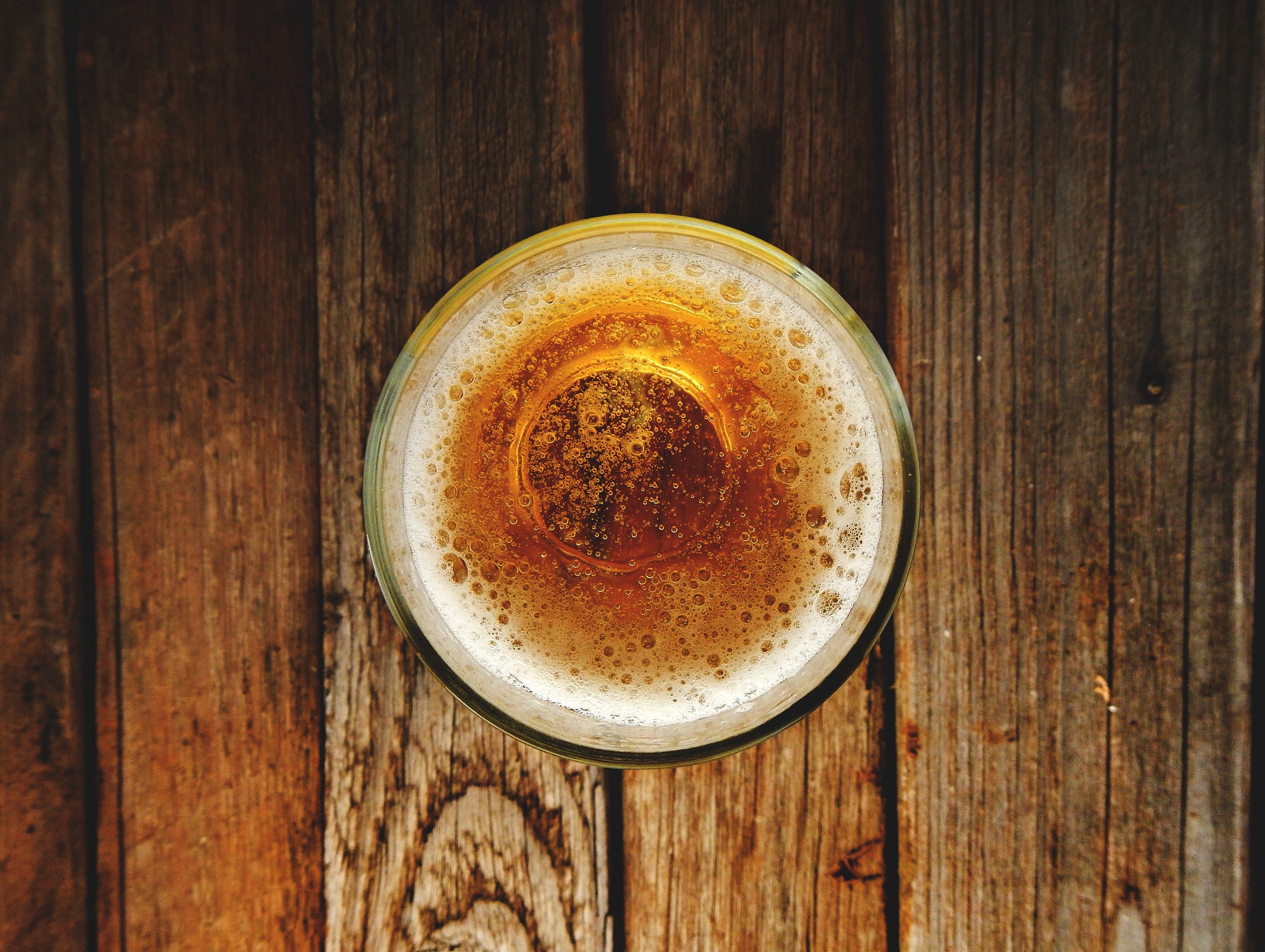 Local use of sweet potatoes also extends to the making of alcohol. Kawagoe’s sweet potato beers are famous, including the award-winning Coedo craft beer which makes its signature Beniaka beer from locally grown sweet potatoes. If you are a shochu drinker, you may as well try one of the local imo-shochu (potato liquor) too.

Explore Kawagoe in a Kimono 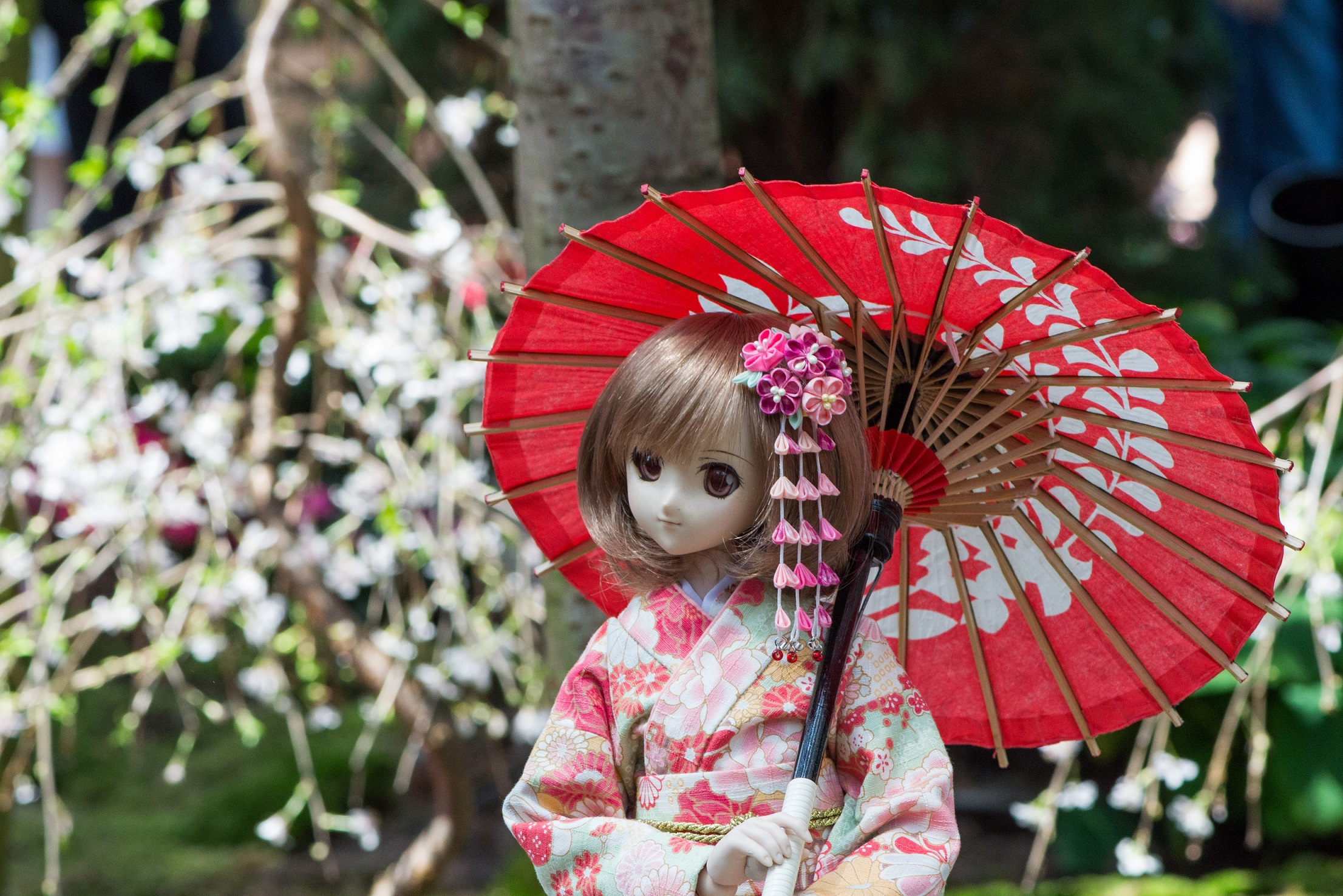 You can wander the streets of Kawagoe in a kimono to fully immerse yourself in the atmosphere of old Japan. As one of the cities made for wearing a kimono, there are many shops in Kawagoe where you can rent a kimono or yukata. The city even has “Kimono Day” on the 8th, 18th, and 28th of every month, where customers can get discounts at some of the attractions and businesses if they visit wearing a kimono or yukata. 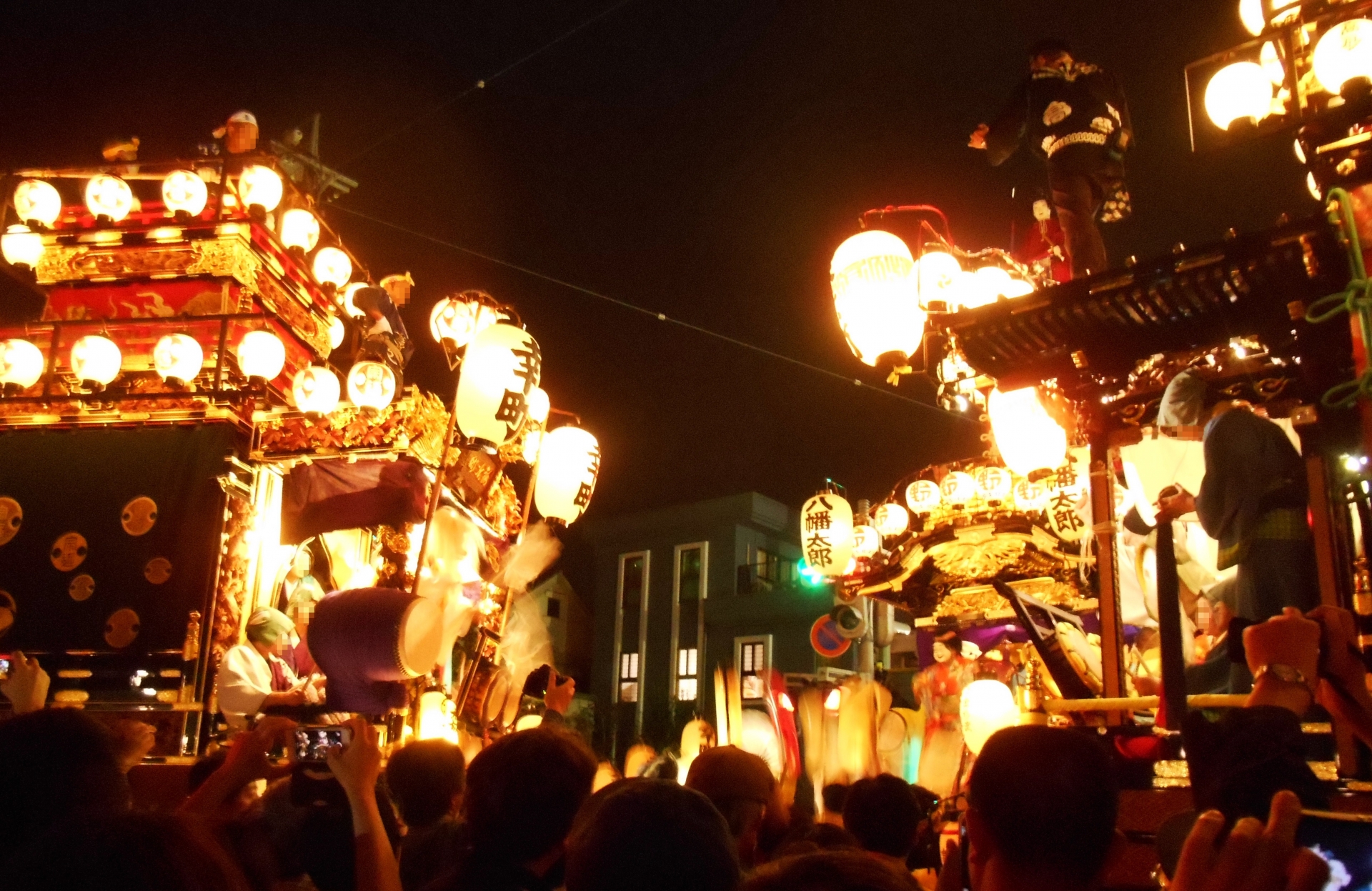 Held on the third weekend of October every year, this festival is a celebration of dance, music, and lots of cheering! Featuring elaborately decorated floats which are pulled through the streets, the highlight of the event is undoubtedly “Hikkawase” or musical battles between the floats which take place after sunset – well worth a visit for the sight, sound and excitement one can enjoy on the scene!

For more information about Kawagoe, you may visit the city’s tourism website at https://www.koedo.or.jp/foreign/english/