Makomanai Takino Cemetery: A Hidden Buddha and 40 Moai Heads No ratings yet.

What to Do In Roppongi Hills? No ratings yet. 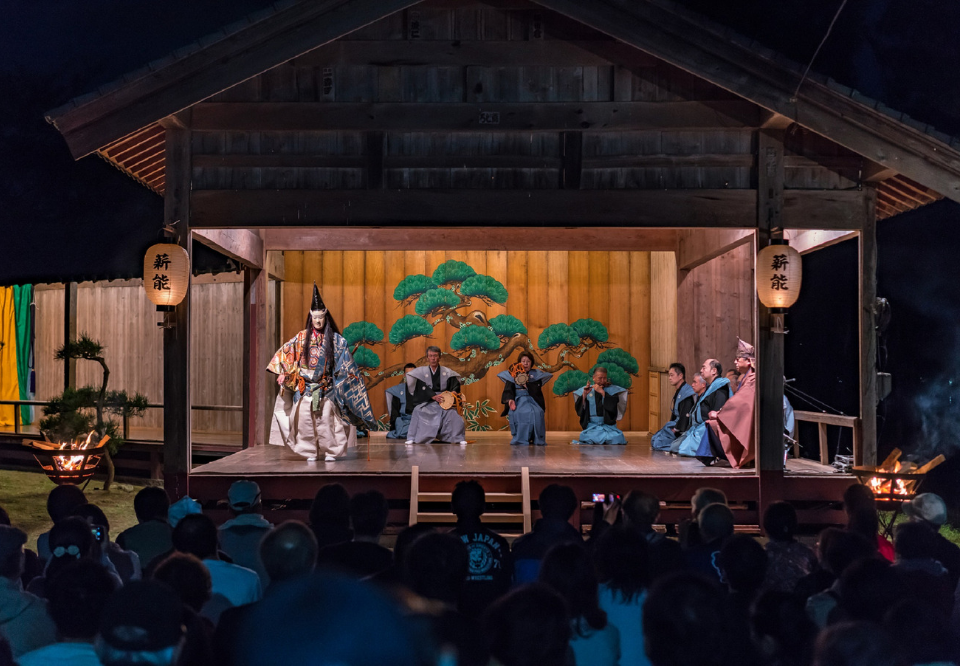 Noh 能 is a form of Japanese theatre comprising of drama, music, and dance. Famous for its masks and costumes, it is one of the oldest performing arts in the world and has been designated an Intangible Cultural Heritage by UNESCO.

If you are a fan of traditional Japanese culture seeking to bring your cultural experience to the next level, attending a Noh play during your trip to Japan is definitely a good idea. Nevertheless, given Noh’s symbolic quality and unique way of expression, you might find it a little hard and confusing to get started.

Fret not! This article is here to summarise 12 things to know about Noh so to give you some understanding of this awe-inspiring heritage. 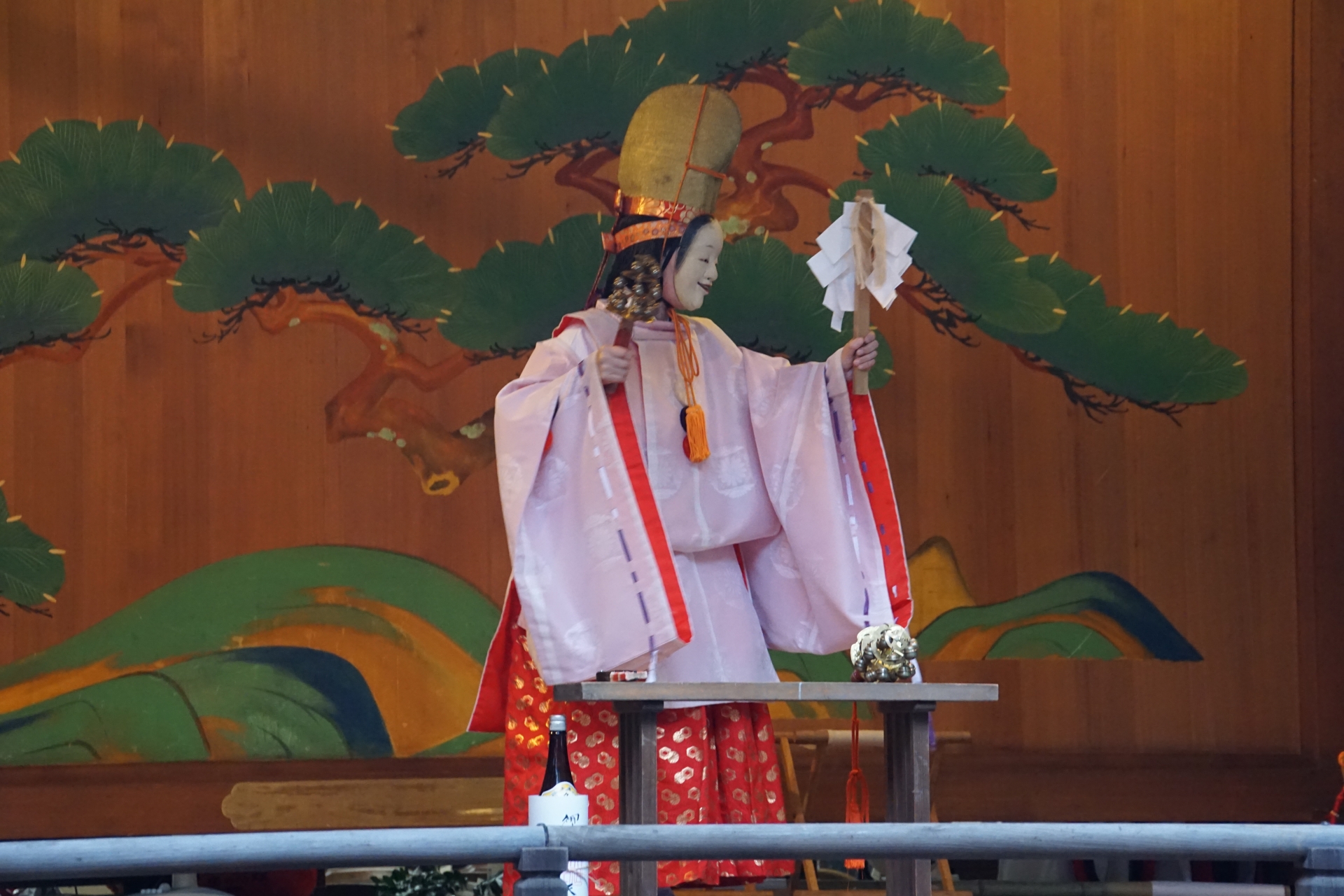 1. Noh has its roots in Sangaku, a form of plebeian entertainment originated from China.

Sangaku was brought into Japan during the Nara period (8th century). Over hundreds of years, it evolved to become a distinct art in its own right, from ceremonial dramas performed at shrines and temples to aristocratic entertainment for the nobility, before finally becoming accessible to the general public. Until the end of the Edo period, Noh was referred to as Sarugaku.

2. The current Noh style was developed in the 14th century during the Muromachi period.

It was the time when Sarugaku (present-day Noh) started to move away from being a ritualistic performance and flourished as a popular performing art. Under Zeami, a prominent Sarugaku actor and playwright, it was eventually perfected into a sophisticated art form which we see nowadays. Many Noh plays written by Zeami are still regularly performed today. 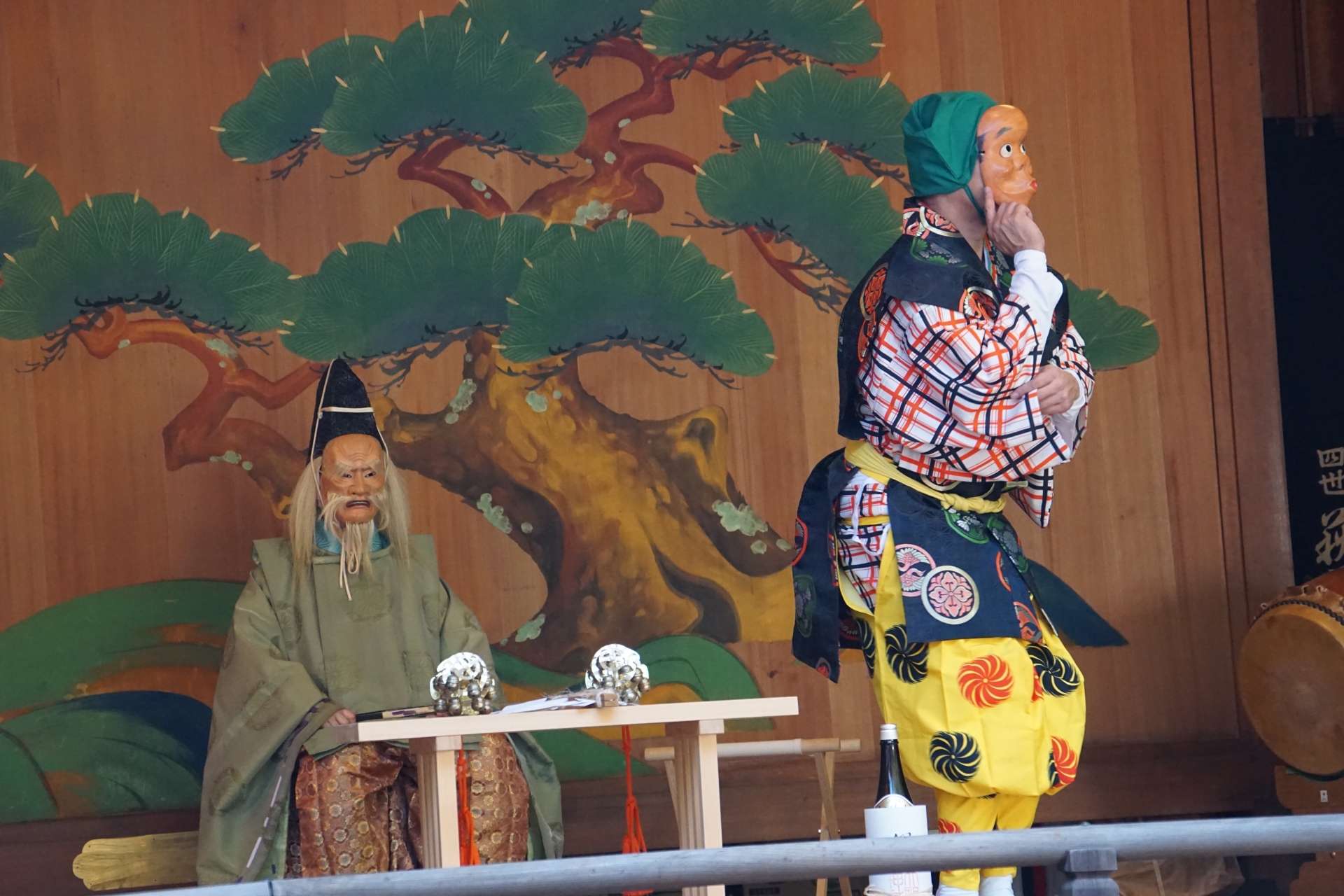 3. Noh is performed along with Kyogen, together they are known as Nohgaku.

Kyogen is a spoken comedy performed as an intermission between two Noh acts. It has the same Sangaku roots as Noh, yet it is very different from the formal and solemn Noh. Kyogen is informal, comical and even exaggerated. Its purpose is to induce laughter from the audience while helping them better understand the Noh play by explaining the essence of the story.

4. Noh plays are generally about the tales of the deceased.

The main characters are usually beings from outside the world of reality, such as deities, ghosts, spirits, and demons. The easiest way to tell this is they are the ones wearing masks, which are used to indicate they do not belong to this world. Other supporting characters do not wear masks because their roles are living human beings. 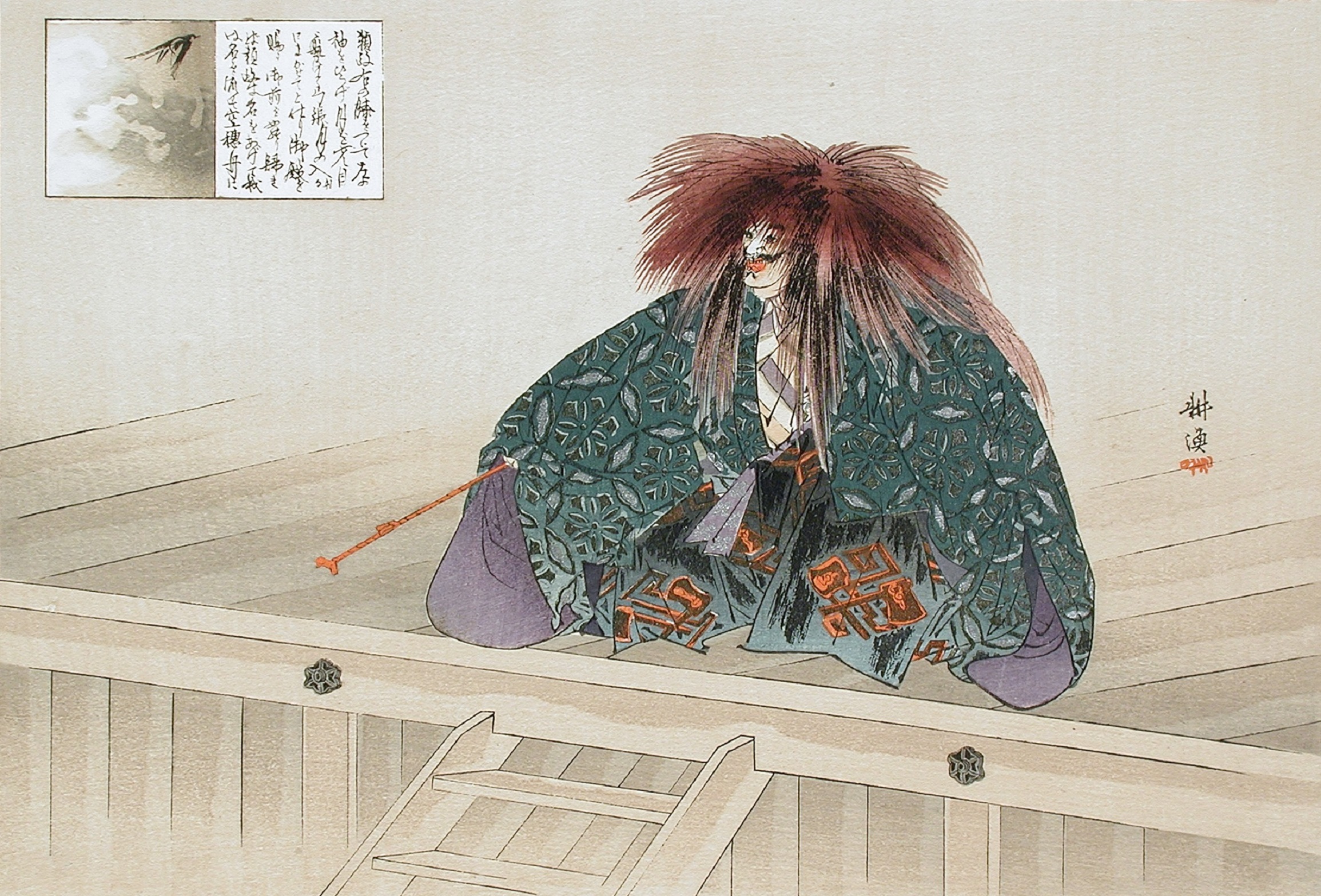 5. Based on the role of the main character, Noh plays are divided into five genres.

These genres are “God”, about a god bestowing blessings and good fortune; “Warrior”, about a tormented soul of a warrior seeking redemption; “Woman”, about ghost of a woman trapped by the love she feels; “Mad Woman”, about a woman driven insane by a situation that happened; and “Demon”, the most dramatic Noh play featuring intense drumming, music and dance.

6. Noh is unlike any contemporary musical dramas you have seen.

It tells the story through singing, music, and body language. Yet, the pace is slow, the tone is monotonous, and the language is poetic. There is no stage sets or backdrops, and the use of props is minimal. It relies heavily on symbolism whereby each move conveys a meaning or emotion, and that is to be interpreted by the audience themselves. 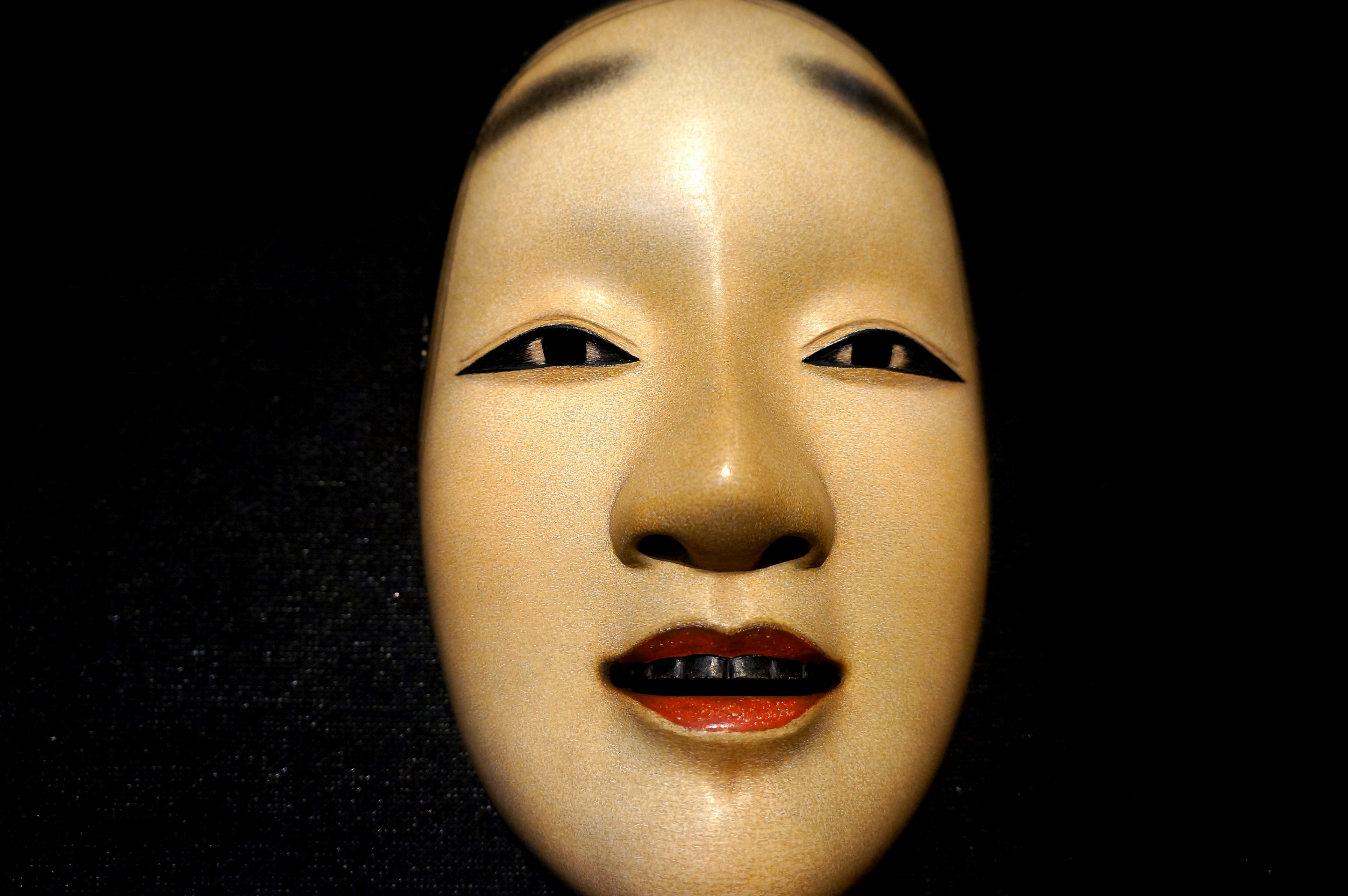 7. Masks are one key element of Noh, and they are made to be expressionless.

The masks tell the audience what character is being portrayed, for example, a man, woman, or supernatural being. With changes in the actor’s head orientation, these masks show a variety of expressions. For example, by tilting the mask up, the character appears to be smiling or laughing, and sad or frowning when the mask is tilted down.

8. The fan carried by the characters can be anything from sake cup to the lantern.

Among the very few props used in Noh, the fan is an important one that serves multiple purposes. It is used not just as a decoration in dance; depending on the way it is held, it can also represent other objects such as a brush or musical instrument, or express certain feelings such as shyness through covering part of the face with a fan. 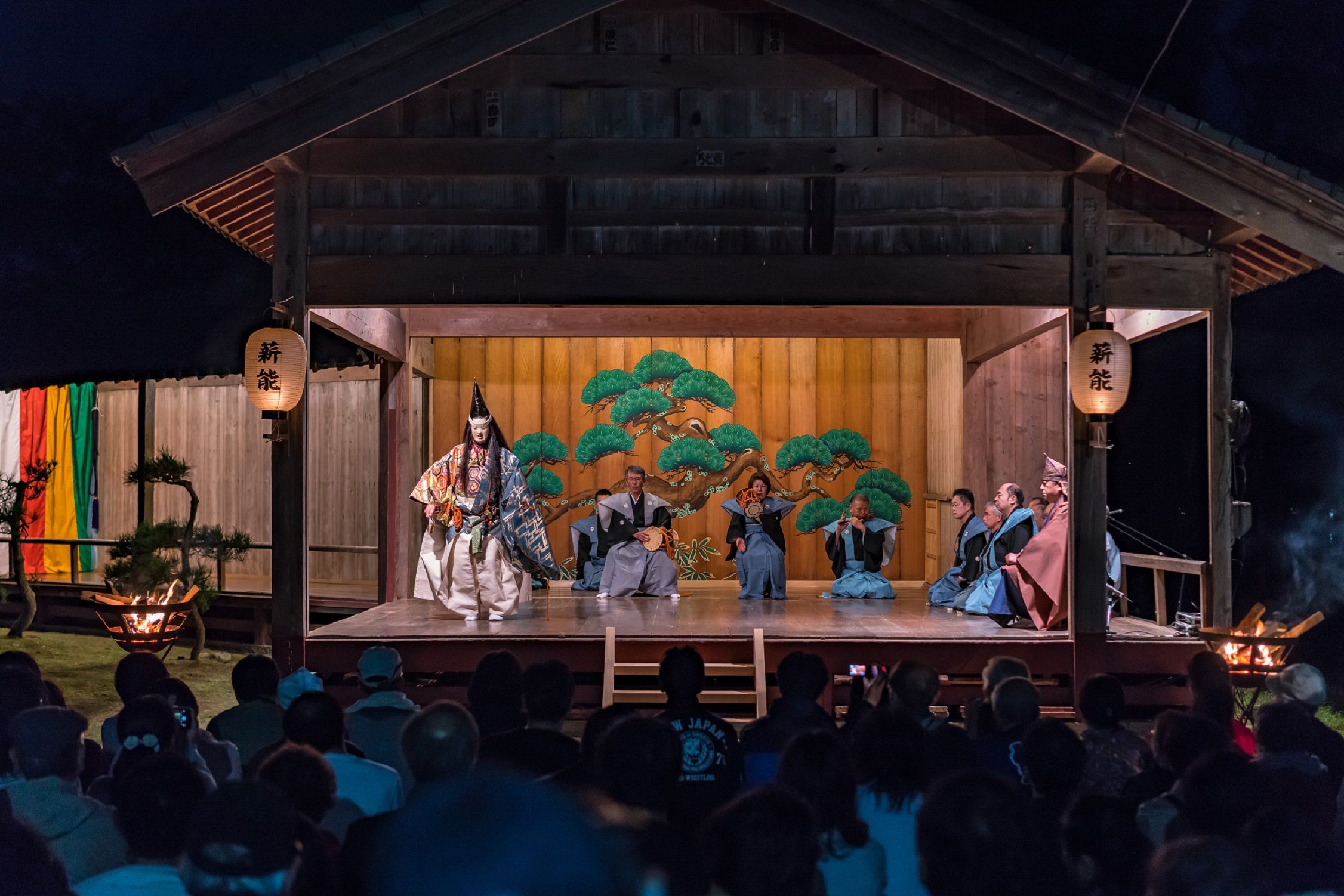 9. Not just the actors, everyone taking part in the play can be seen onstage.

You will see the shite or actor wearing the mask and playing the main character, the waki or actor playing the second main character, and other actors playing the supporting roles such as tsure (companion of shite or waki). There are also the hayashi musicians who play the background music, the jiutai chorus who are in charge of the chanting, and the koken stage assistants who handle props and costume changes. They can all be seen onstage. 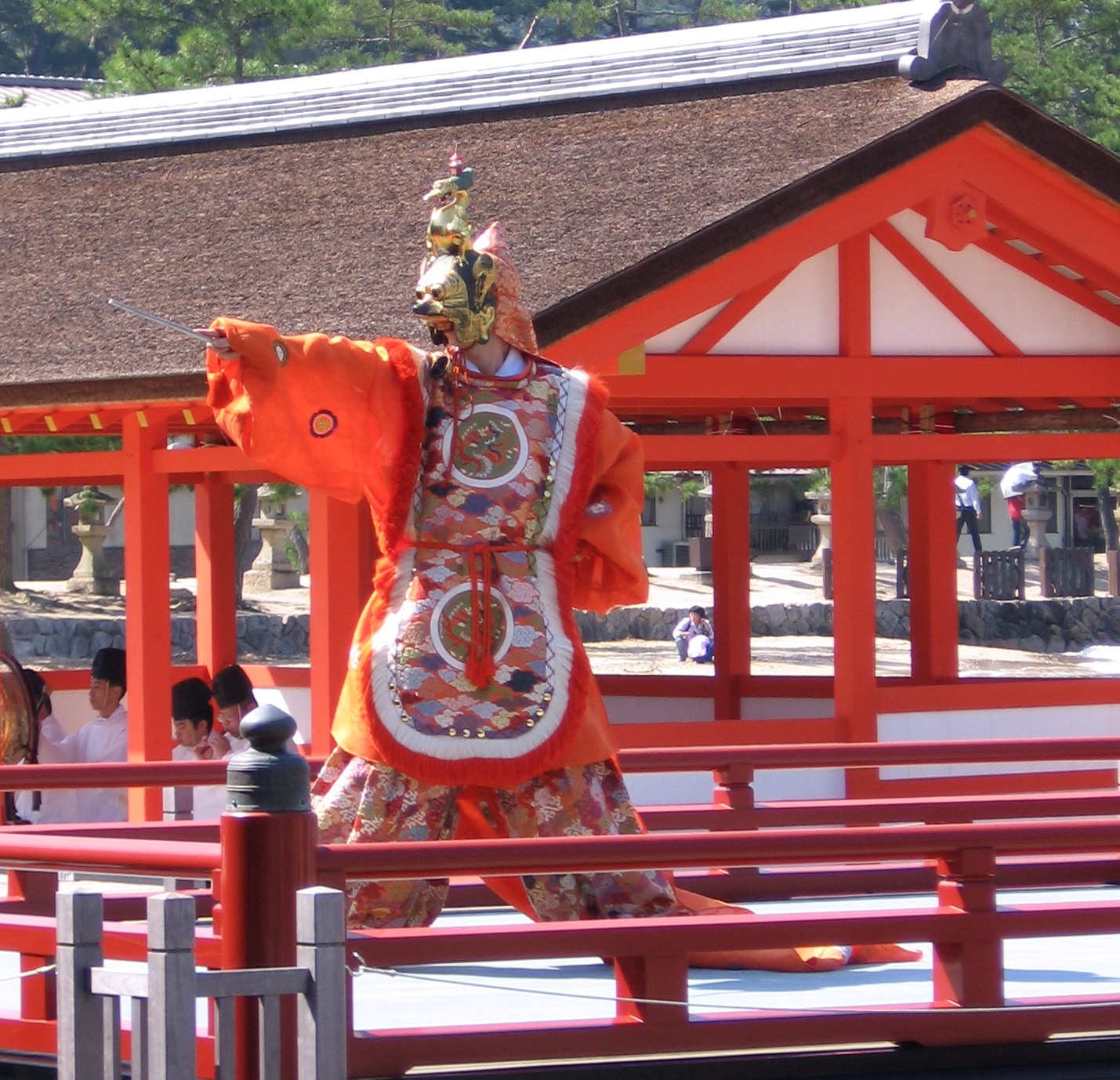 10. Do your homework before attending a Noh play.

A first-time viewer of Noh may find it hard to understand what the play is all about. One tip to help you grasp the meaning of the show better is to read the story’s plot beforehand (many of the synopses can be found on The Noh, an informative website about Noh. With that knowledge in mind, you will be able to pay attention to the gestures and movements so to better understand what the actors are trying to express. 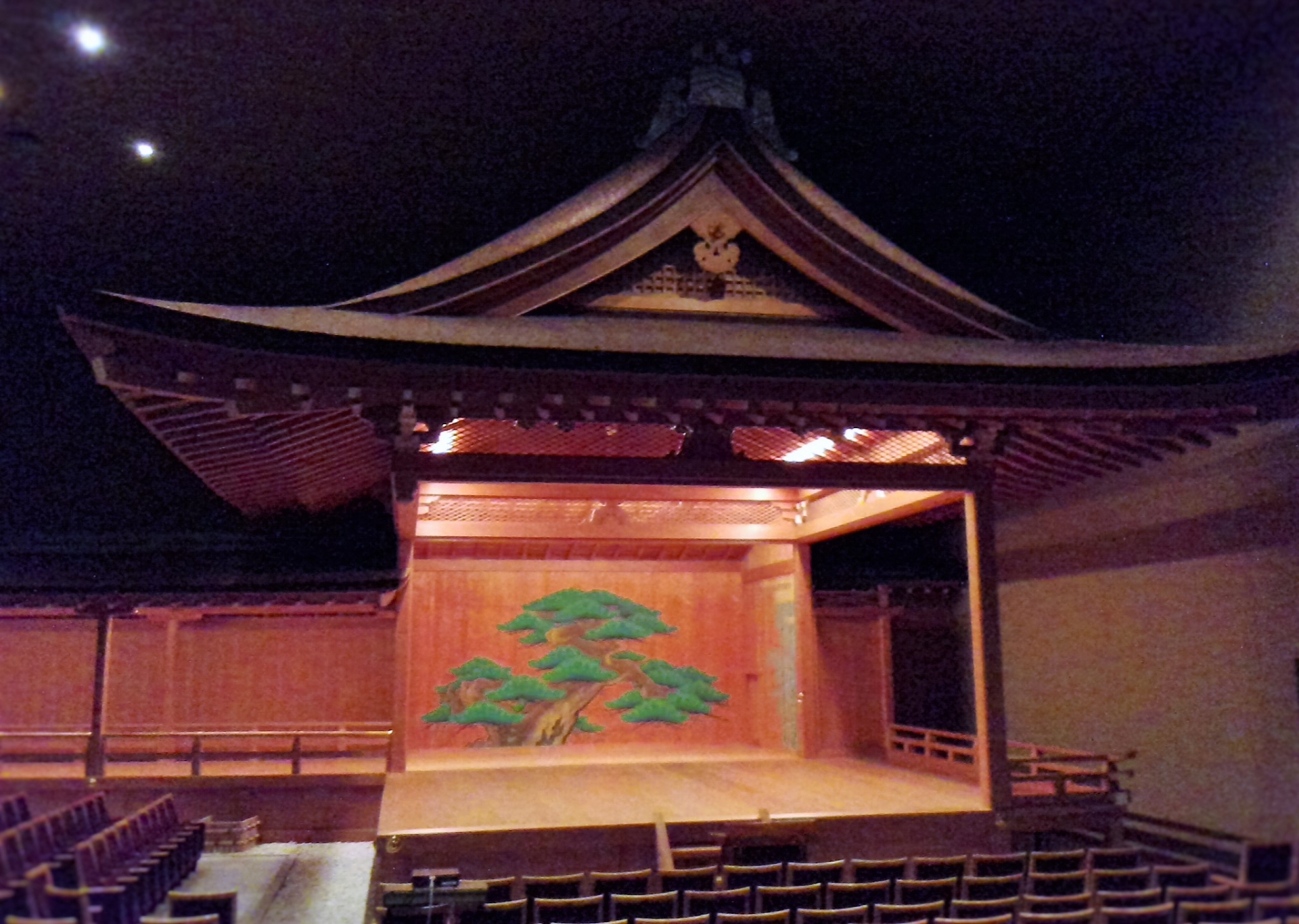 11. Interested? National Noh Theatre in Tokyo is a good place to start.

Most shows come with English subtitles, which are displayed on the individual screens in front of the seats. The ticket prices are also reasonable (starting from 3,000 yen) but tend to sell out quickly. Nowadays, a Noh play usually lasts for 60-90 minutes with a 15-30 minute Kyogen performance in between. The theatre is a 5 minute walk from Sendagaya Station. 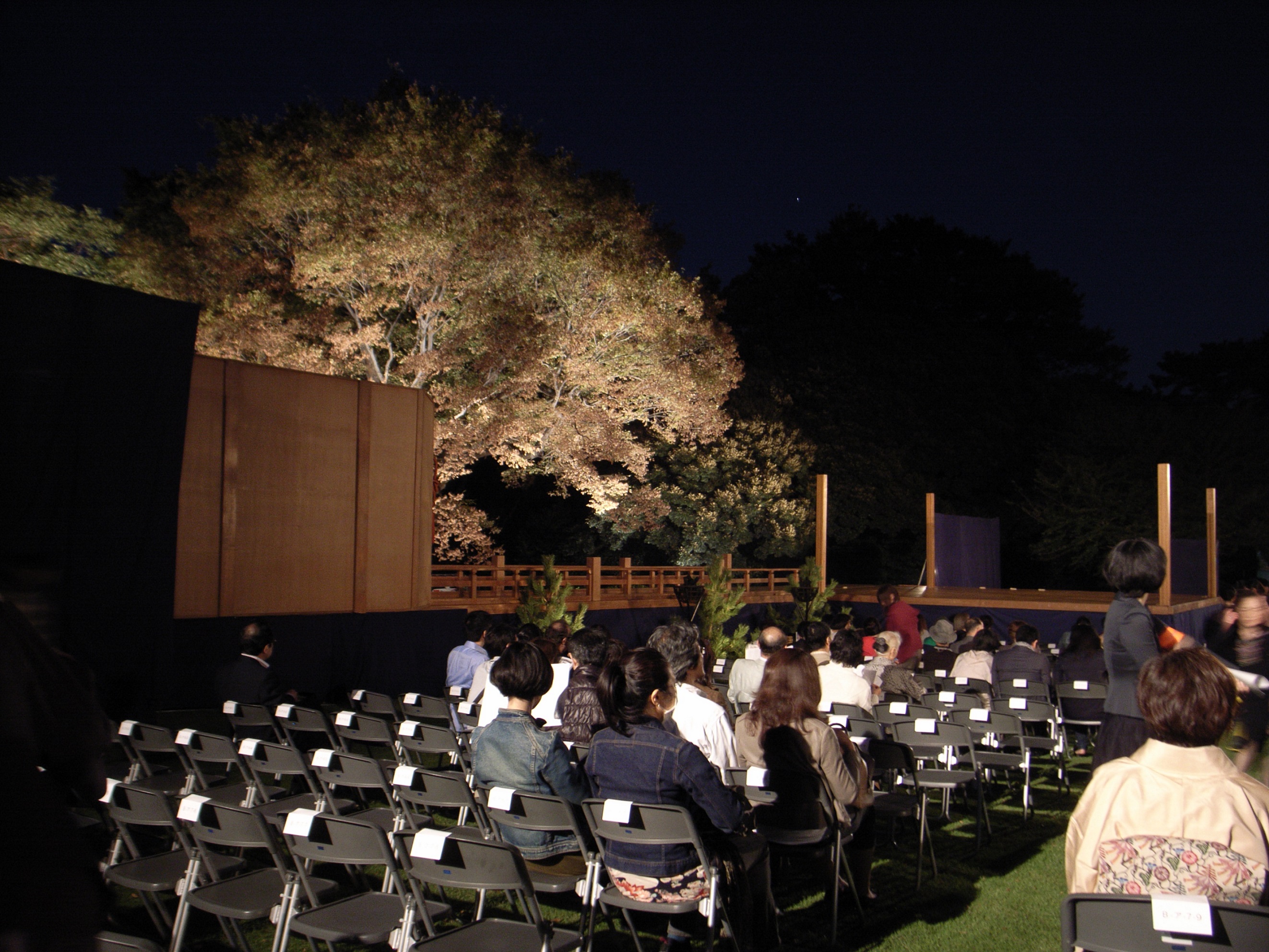 They usually take place on the shrine or temple grounds. Back in the olden days, Noh was performed in an open-air setting, so these outdoor performances are a good way to enjoy Noh the way it was done in the past. In particular, Takigi Noh 薪能 is performed in the evening on torch-lit stages. Heian Jingu Shrine in Kyoto, Kofukuji Temple in Nara, and Zojoji Temple in Tokyo are among the places famous for their annual Takigi Noh plays.